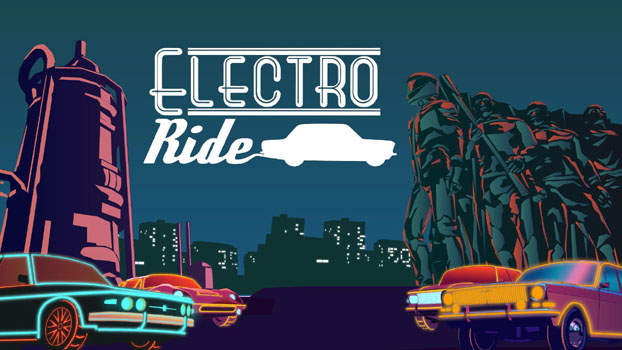 You'll definitely want to take Electro Ride for a spin around the Eastern Bloc.

Electro Ride: The Neon Racing has been out on PC since July and has finally arrived on Switch, which explains the timing of this review but not the fact I’m still reviewing the PC version.  That can be explained by the fact I don’t own a Switch, but I still wanted to cover the game so here we are.  I’m glad I did get to review this because I quickly became addicted to the unique visuals, epic soundtrack, and the whole Eastern Bloc design aesthetic including everything from cars to locations.

Electro Ride is a classic arcade racing game where you pretty much mash the gas, try to stay on the psychedelic tracks, and cross the finish line first, but as you might expect, there is a hook; a fun little design element that plays into the whole futuristic neon art-deco design.  Before the race you get to choose the color of your car, cyan, magenta, or yellow.  It doesn’t matter really because there are numerous stars scattered about the track that will change your car’s neon accents during the race, and depending on your car’s current color at the time you will want to steer toward and drive along matching colored strips in the track for a boost of speed.  Your car will likely change colors a lot during a race, and it will take fast reflexes and/or good track memorization to hit as many matching color strips as possible. 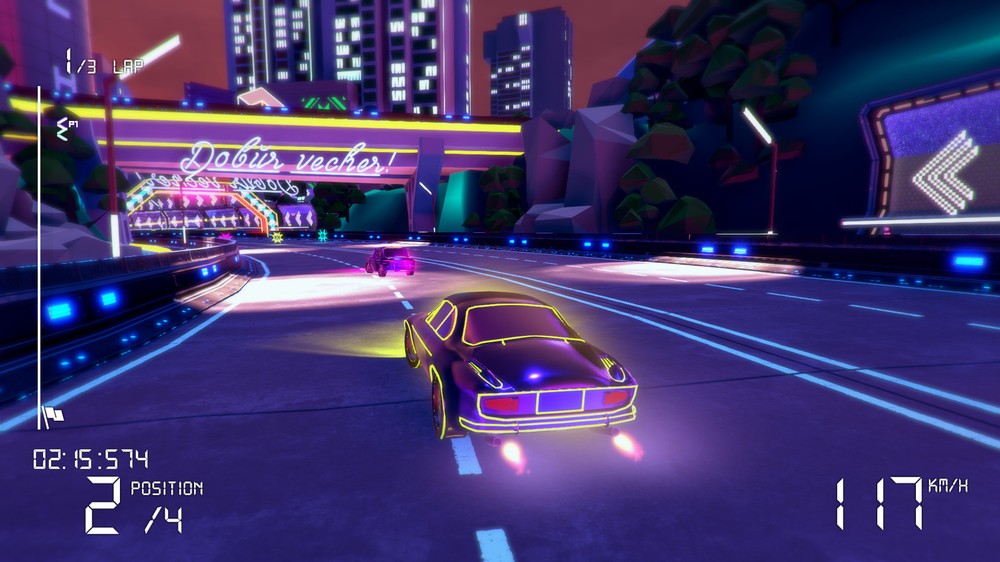 Elements of the game reminded me of Trailblazers, another arcade racer from 2018 where you laid down strips of paint on the track that would boost you and your team while slowing down the opposition.  There is no penalty for driving in a non-matching color in Electro Ride; just the loss of boost which often means your competition will fly by you.  Other than the color-matching elements of the game this is a rather simple and standard racer that is as simple as it is fun.

There is a certain level of strategy involved while racing, at least when you are trailing because you want to make sure to be a different color than the cars ahead of you.  Once they drive over a boost strip that strip vanishes thus eliminating your chance of boosting.  Of course all strategy is out the window when you are in the lead.  You can be any color you want as long as you can keep the car on the track, which can be challenging given the super-twitching controls.  Don’t even think about using the handbrake in this game and even using the standard brake can send you sharply crashing into a wall or off the track.  Best to use gentle feathering of the throttle to maintain a safe speed, as crashes and resetting your car on the track take several seconds.  Steering is super-sensitive playing with a gamepad and you need only make very tiny micro adjustments.  Each of the cars has various handling, speed, and acceleration stats and these are reflected quite visibly in the way each car performs both in the turns and the straight sections. 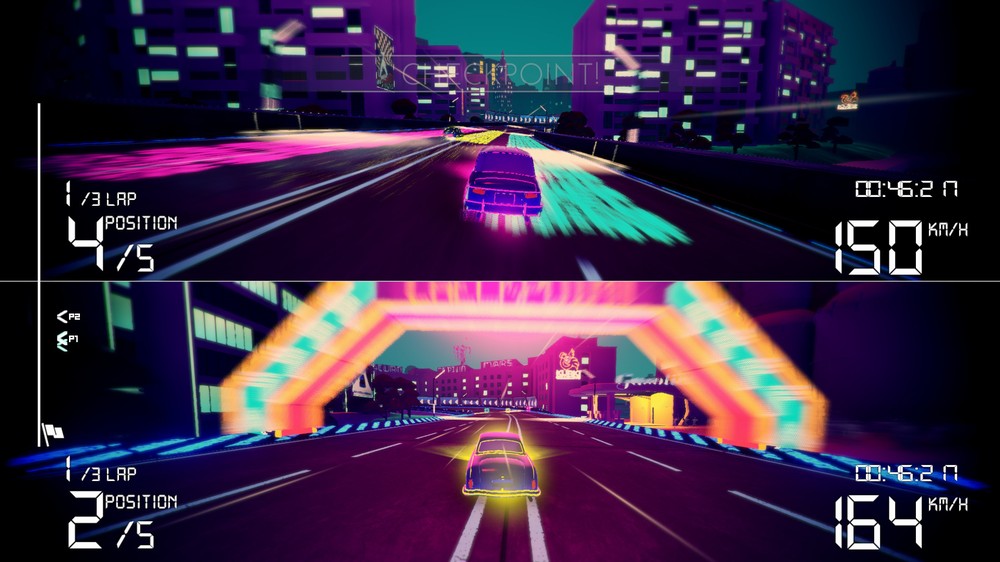 There is a Career mode that will take you from the Berlin Wall to Moscow spread across five locations with three challenging tracks in each city and more than 20 tracks to unlock in Quick Race.  Along the way you can unlock more than 20 cars that definitely don’t look like racecars but definitely do look like they were inspired by Easter Bloc classics.  You can also race online or with local split-screen, and the game supports Remote Play Together so you can invite a friend to play online and they don’t even need a copy of the game.

The presentation is pretty awesome for a $13 game with cool Tron-like visuals for both the cars and the sprawling cityscapes that contain the twisting tracks that mix pavement and transparent sections all lit with fabulous lighting that can actually make it hard to drive sometimes.  The synthwave soundtrack is some of the best racing music I’ve heard this year, fueling the frantic nature of this high-adrenaline racing experience.  It’s also available for purchase separately or as part of a bundle with the game.

Designed as a casual arcade racing game, Electro Ride: The Neon Racing will definitely entertain those seeking a fun, twitch racer with a bit of color-coded strategy to mix things up.  It’s fun alone or with friends, and with stats and leaderboards there is infinite potential for replayability.  Loaded with cool race modes and a great variety of twisting tracks set in original locations, race fans will definitely want to take Electro Ride for a spin around the Eastern Bloc. 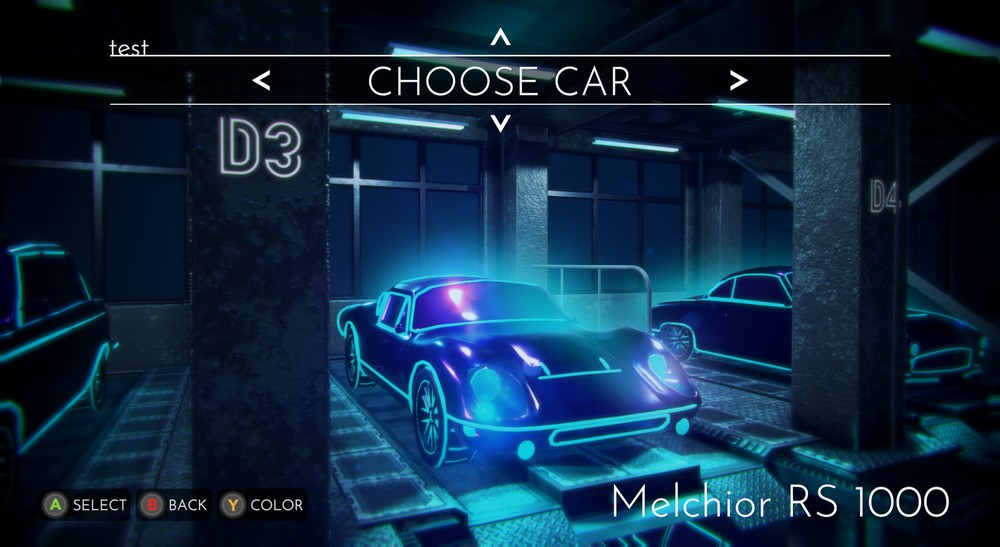 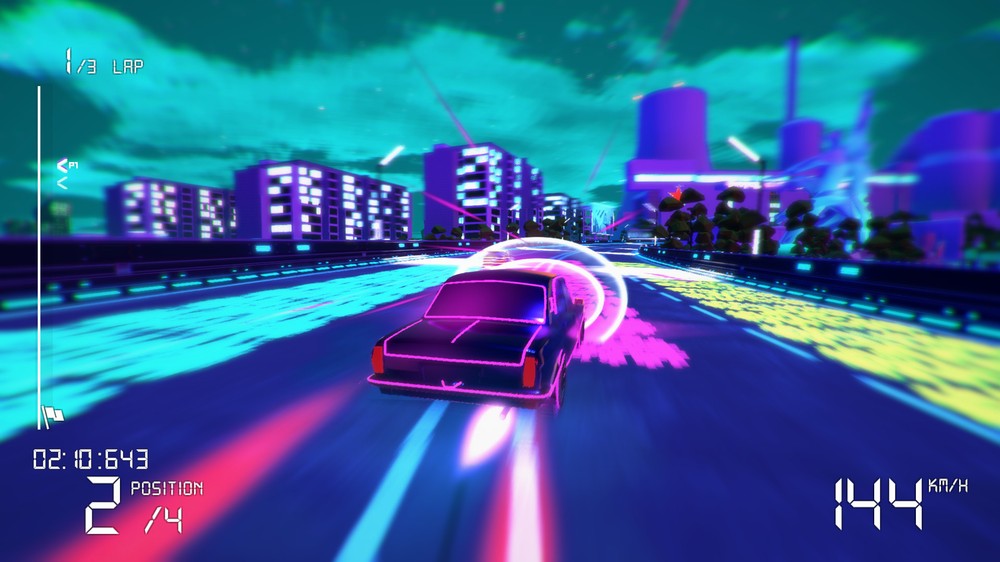 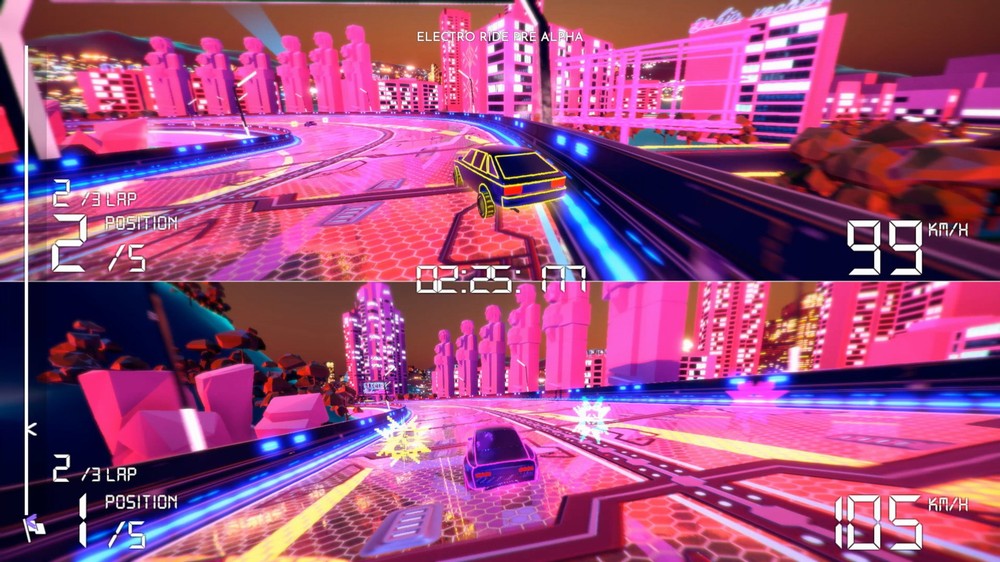 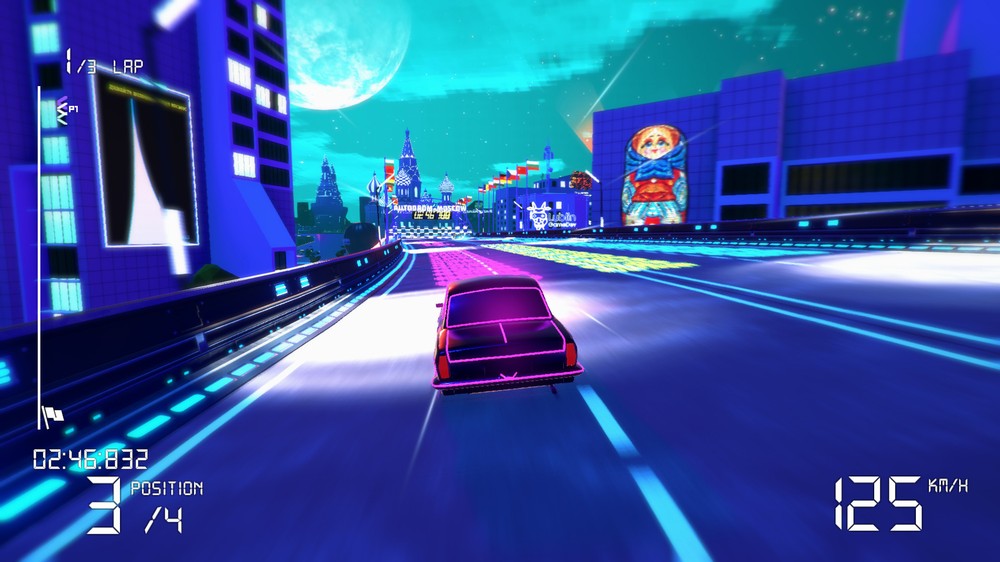 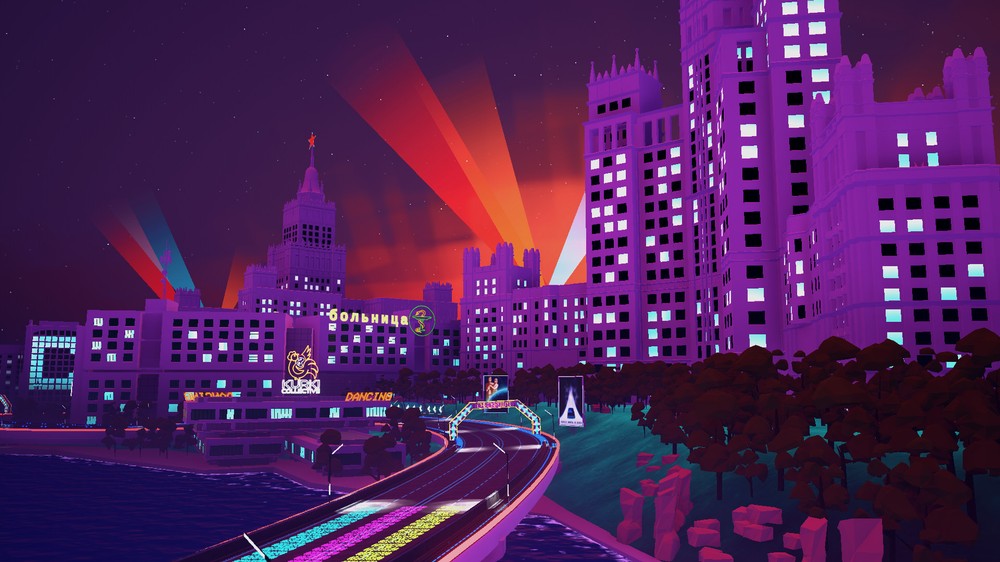 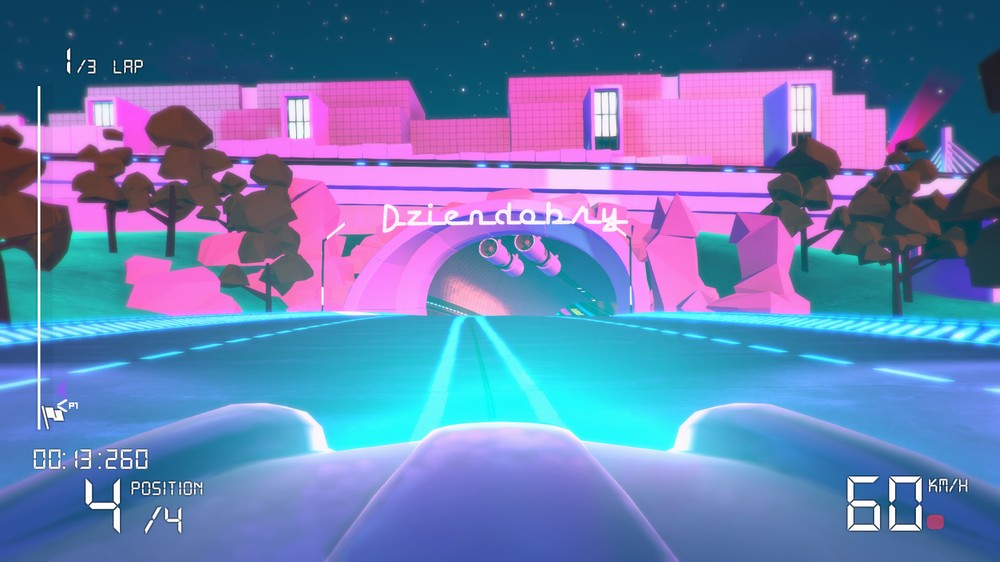