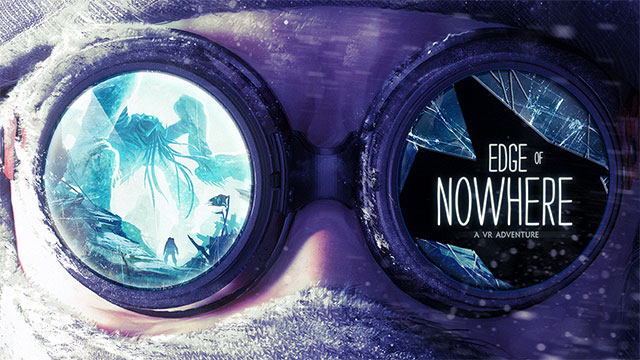 There is a solid core of excellence lurking at the heart of Edge of Nowhere.

At the time of this review I’ve played about 99% of the currently available library for the Oculus Rift, and I have to say, Edge of Nowhere has certainly left its mark on me. Being a third-person action-adventure game I had to wonder if VR was going to add anything to the genre that Nathan Drake and Lara Croft had already perfected, or even how it was going to work.  Up until now, every Oculus Rift game had put me in the game as the character, but now I was the camera.

Combining the gameplay from the first level of Rise of the Tomb Raider with the environments of Lost Planet, and a story heavily influenced by Call of Cthulhu, Edge of Nowhere is a unique blend of action, adventure, survival, strategy, puzzles, and a bit of mental horror.  You play Victor Howard, and when the game opens you are in the co-pilot’s seat of an airplane on its way to Antarctica in search of a missing expedition that also includes your girlfriend, Ava Thorne.   This is one of the few moments in the game where you do get a traditional first-person VR view, allowing you to look around the cockpit and even stretch your neck to look out the window just in time to see your engine catch on fire. 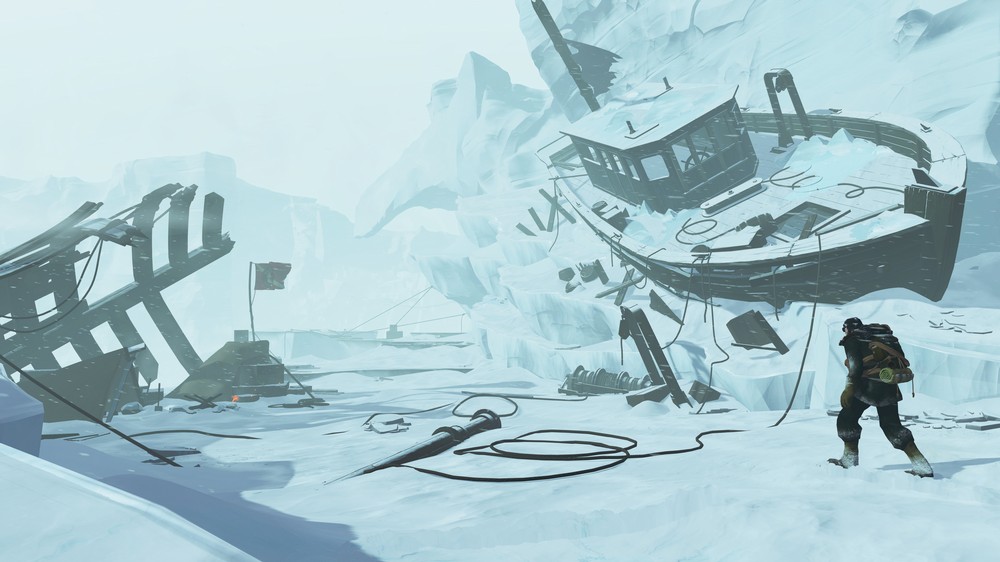 After crashing into the snow and ice you begin your 5-8 hour adventure, at first crunching through the snow and eventually leading into the dark and deadly underground. Controls are effortless and the ”fixed camera” works flawlessly, allowing you to freely pan the view with natural head movement.  The virtual director always seems to know the perfect place to put that camera for the most dramatic and intense visual experience, and the Oculus 3D is put to great use to capture some dizzying heights.

As an overall game, Edge of Nowhere admittedly lacks variety in both environments and gameplay. You are constantly moving between the dark cave system to the brightly lit snow exteriors with the occasional excursion into these visions that take you to a classroom or a mansion.  Even the monsters you’ll end up fighting only come in four or five flavors, and it’s only when they start mixing up the creatures that you must actually employ some real tactics to some of the later encounters. 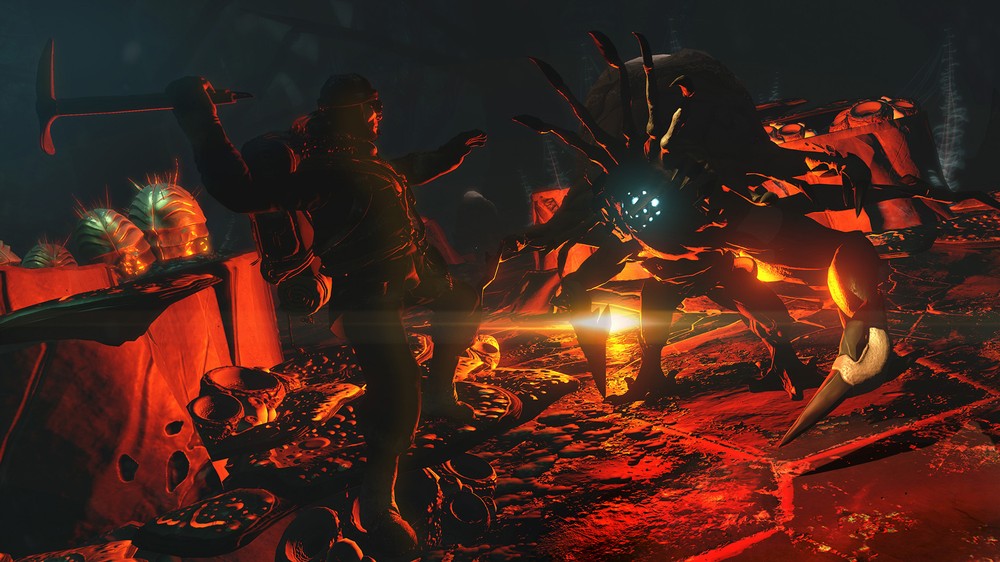 Some might call the game short, but I have to confess I was actually looking forward to the end when I thought it was about to happen a good hour from when it really did. Insomniac just kept extending the story and repeating the gameplay to the point I was actually relieved when the credits rolled.  Perhaps being VR the designers thought I wouldn’t be playing for extended periods.  Actually, I completed this game in three sittings; the first two were about 90 minutes each and I wrapped up the rest in a single four hour session.  Checkpoints are frequent, so dying is fairly painless.

The game is highly repetitive and you quickly find yourself in the same pattern of creeping around using rocks to lure sightless monsters to one side of the cave so you can sneak by on the other. There are spikey plants that will kill you if you get too close, but you can also lure creatures near those plants to kill them or use your shotgun in a pinch, but that usually attracts all sorts of trouble since everything hunts by sound in this game. 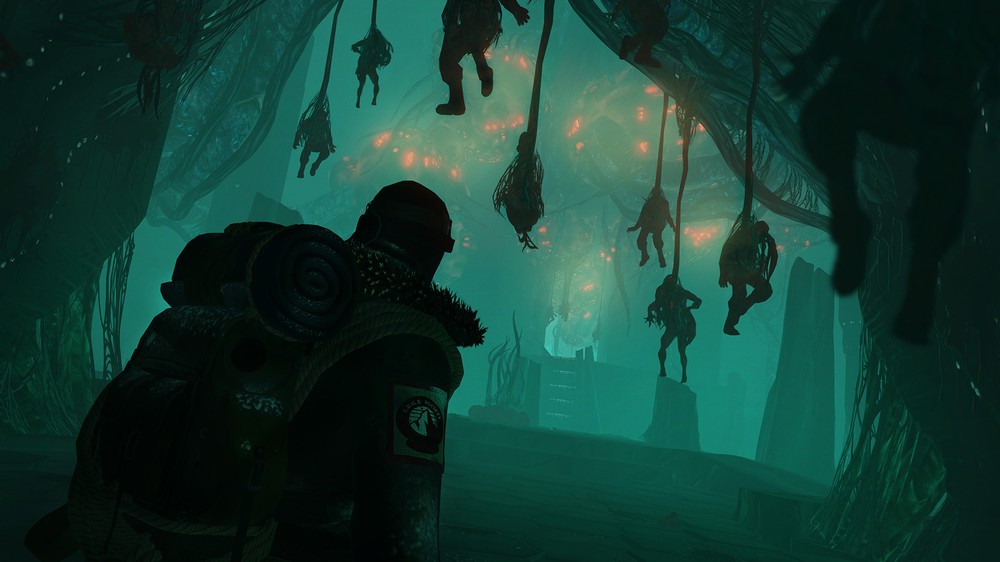 You have a unique vision overlay that highlights creatures blue and pick-ups yellow, so you can find things in what is otherwise complete darkness. I loved the headlamp that was perfectly integrated with the Rift headset, so wherever I looked the light would follow.  When you aren’t sneaking past or killing hordes of underground dwellers you’ll be doing a lot of ice climbing – and I mean a LOT.  The platforming works fairly well.  Just attach to the ice with your pickaxe and climb up, leap sideways, or drop down to the obvious icy wall textures.  There are a few instances where the ice will break away if you linger, adding a bit of urgency to the climb.

The presentation for Edge of Nowhere is fantastic with some truly terrifying sound effects and excellent music. I’m still amazed at the quality of the headphones attached to the Rift, and they do an incredible job of 3D positional audio.  What the graphics lack in polygons and texture detail they more than make up for in originality; especially in the later levels when you near the heart of the…never mind.  Nature and organics meets biology as you explore what appears to be an almost alien-like world.  Truly some inspired art direction and design with fabulous use of lighting. 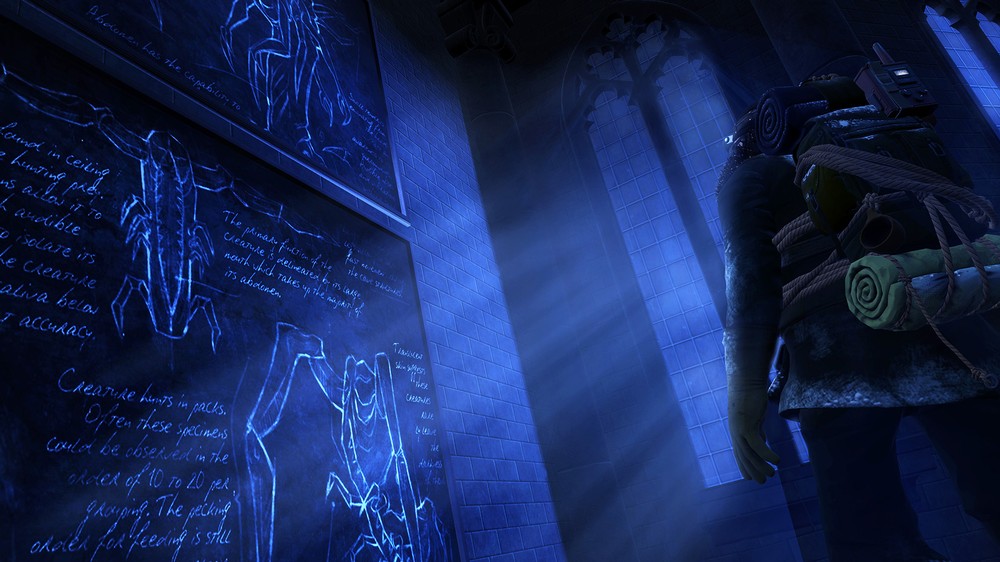 Edge of Nowhere throws in all the action-adventure tropes with crazy story tangents, action running sequences, while being pursued by one of the biggest bosses in gaming history, simple yet still fun platforming (some of it with penguins), and an uneven balance of stealth vs combat. I give Insomniac huge props for putting a fresh perspective on a tried and true genre.  The story was engaging and I enjoyed reading all the journals; especially since I could listen to them while I continued to play.

Perhaps the biggest compliment I can give Edge of Nowhere is that I was simultaneous playing it and the latest Uncharted game, but I kept wanting to go back and finish Victor’s quest. Admittedly, there is no way you can compare these two games at a technical level, but the Oculus Rift certainly offered me a more engaging and immersive experience, even from a third-person perspective.  And it was a bit refreshing to play an adventure game that focused more on tactics and stealth than going in all guns blazing. 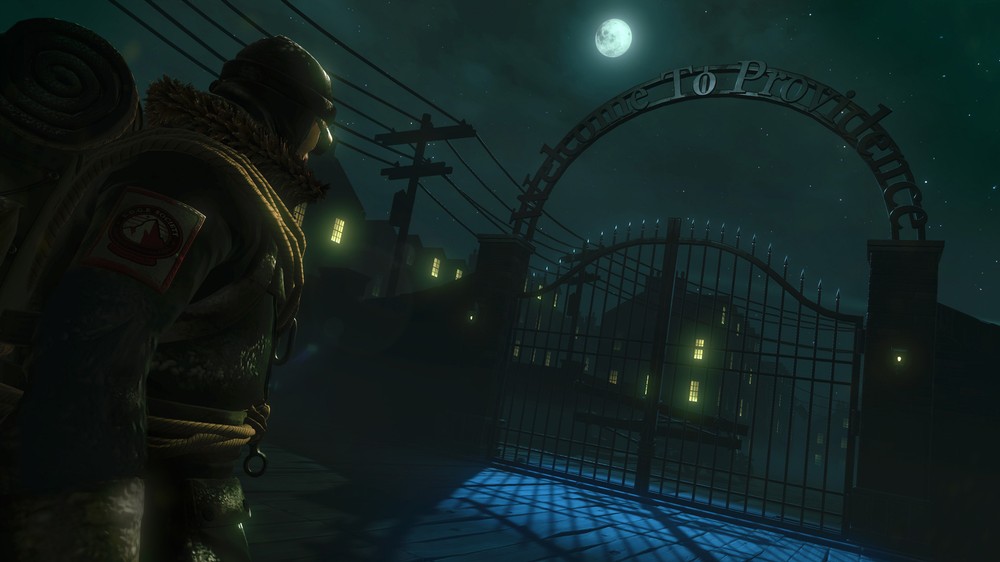 Edge of Nowhere is one of a very few games that could be considered AAA quality for the Oculus Rift. It truly stands out in what is otherwise a sea of VR mini-games, tech demos, and one-off experiences and proves that you can do a traditional action-adventure game in VR.  There is a solid core of excellence lurking at the heart of Edge of Nowhere, and I look forward to seeing where Insomniac takes the Oculus with their next title.

As always, words, screenshots, and non-VR videos simply cannot convey the experience you get actually playing an OculusRift game without wearing the headset, but this trailer still captures the flavor of the gameplay.