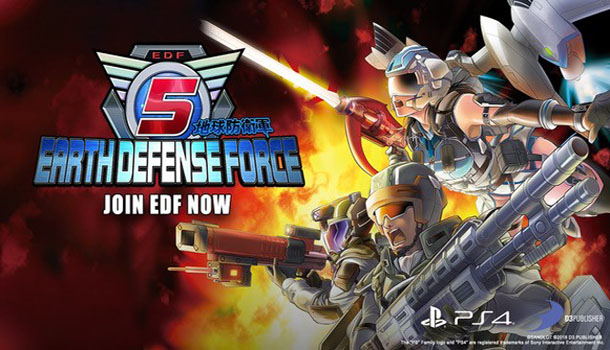 - Terrible visuals, which arguably add to the game's charm.
- Sub par final levels that throw out the enjoyment of previous stages.

Solid installment in a long-running series.

The EDF series is one of those hallmarks in gaming that is both easy to love and/or hate, depending on your sensibilities. Some praise its mindless action and overt campy tone, while others deride its budget look and feel. And yet still some think both at the same time. It’s a complicated franchise with numerous ups and downs across multiple releases.

With Earth Defense Force 5, it’s clear that the series is both looking to reclaim past glories, as well as push forward into an even campier future. As with all games, the question becomes how well did they execute on that idea? 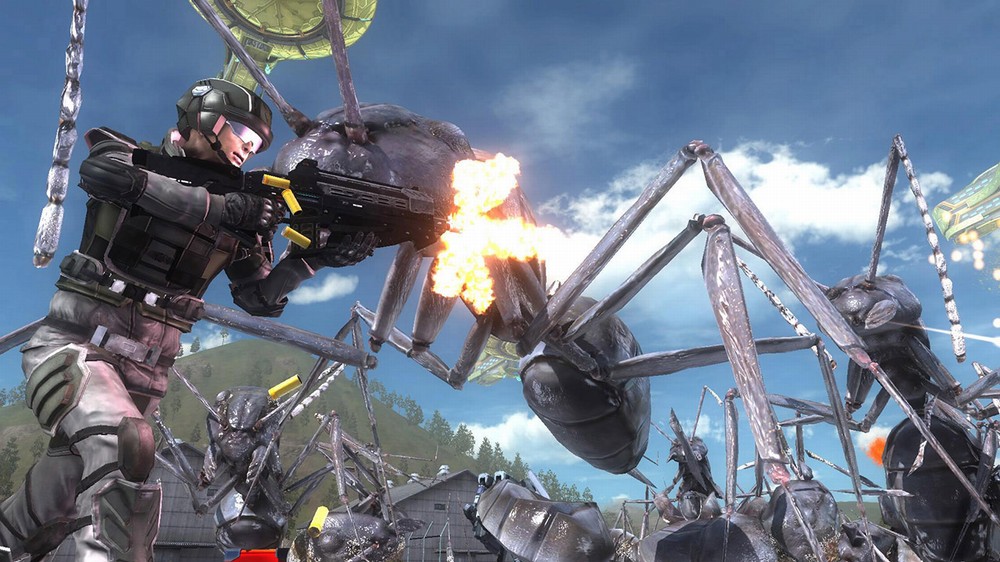 Let’s clear up one thing right out of the gate: all EDF games are built around mindless dumb fun. If repetitive action with little (or at least inconsequential) storytelling and plot bug you (no pun intended), Earth Defense Force 5 isn’t the game for you.  The entire experience is nothing more than shooting and exploding wave after wave… after WAVE of giant bugs, monsters, robots, and flying saucers. That’s it. There’s no branching narrative, no dialog wheels, or compelling character arcs. You’re here to kill bugs and chew bubblegum… and you know how the rest goes. If you’re still reading, well… there might be something of value here for you.

While games of a slightly similar nature, like the Dynasty Warrior series, do place some emphasis on maintaining decent visuals, you’ll find none of that in EDF 5. So here, too, is another barrier to entry: If you need your games to be good-looking, steer clear. The horsepower of the PS4 isn’t used to create beautiful locations with stable draw distances. No, it’s used to put as many creepy-crawly creatures on screen as is logistically possible at the same time. 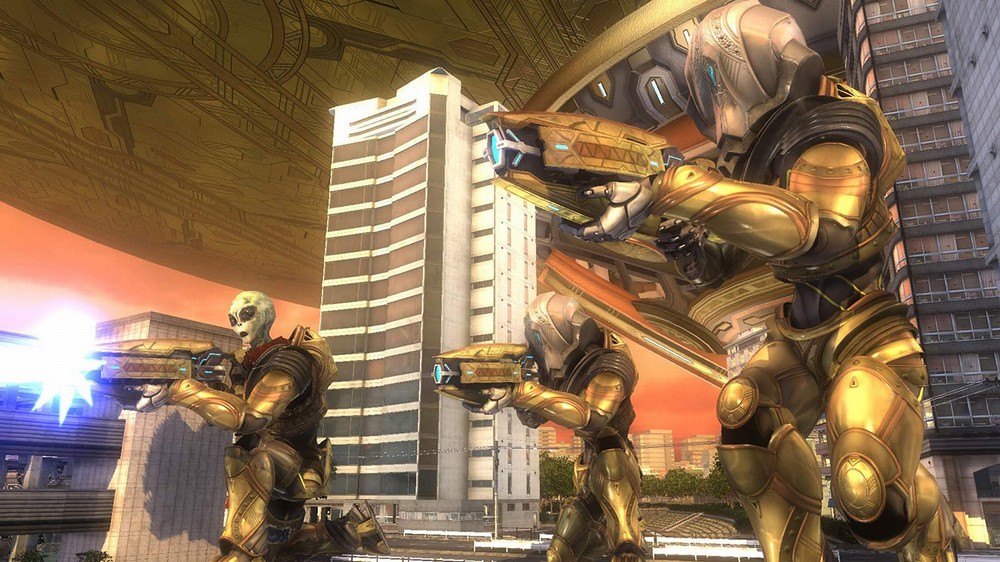 Giant bugs CROWD the screen almost at all times- you’ll kill thousands of them by the time you complete the main campaign, and if anything that’s what is most amazing about the game; it delivers on the promise of swarms of insects the likes of which you’ve never seen before.

This isn’t to say that the game is all brawn and no brains. You do have to put some thought into your objectives, planning weapon loadouts with consideration for the foes you’ll be taking on, including their rates of movement, size, weaknesses, etc.  It’s not Disgaea-levels of strategy, but still it’s there. Blindly going from mission to mission with no thought or consideration will eventually start giving you “mission failed” screens. 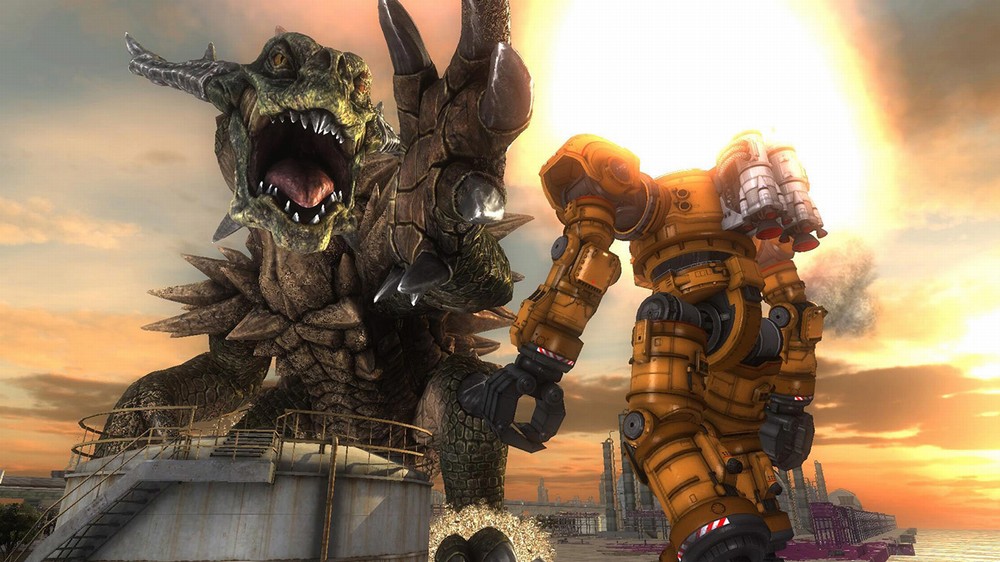 If there are knocks against EDF 5, they’re in the below-average visuals (sacrificed in the name of high enemy count), and the finals series of levels that both contain weird difficulty spikes and set piece events that must be memorized through trial and error, leading to numerous replays that lead to frustration and boredom.

Still, these knocks and the occasional frame rate dip aren’t enough to take away from the game’s many charms. Earth Defense Force 5 is a solid new addition to the franchise, and if you’re looking for a different experience from most of what is on display from the major studios and indie publishers alike, EDF is a series you owe it to yourself to check out.

Online and local multiplayer doesn’t hurt either, and offers a great chance for just hanging out with friends and doing something repetitive yet entertaining. Check EDF 5 out for yourself- it’s worth your time. 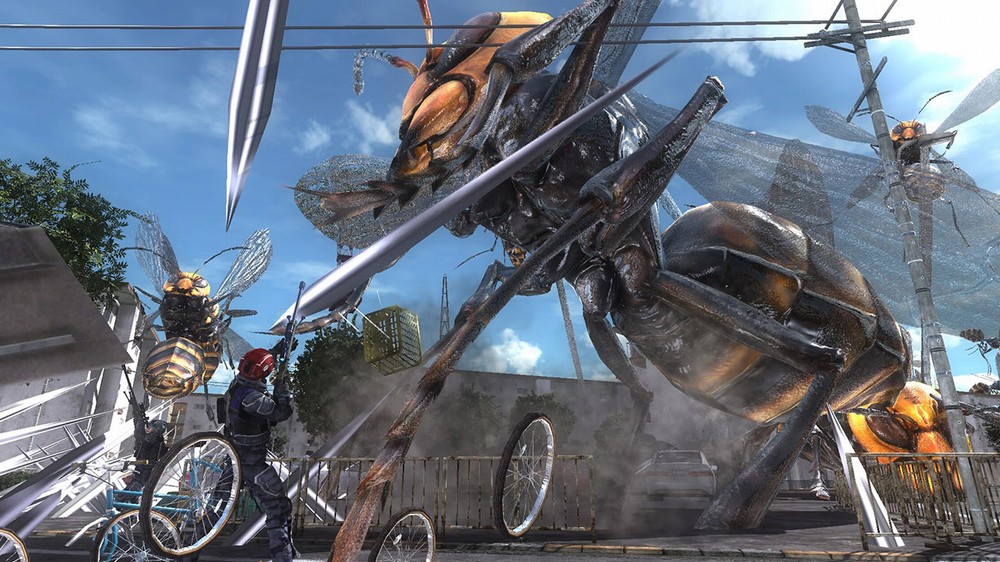 1
1087
The Walking Dead: Saints & Sinners Review – Oculus Quest
2
905
Synth Riders Celebrates Anniversary with a Month Full of Treats and an Oculus Ques...
3
905
Worm Jazz Review – PC
4
905
Join the Galaxy’s Finest as Star Wars™: Squadrons Soars Into Homes Today
5
905
The Falconeer First-Look Preview – PC
6
905
Metamorphosis is 33% Off on Steam!
7
904
Werewolf: The Apocalypse – Heart of the Forest launches on October the 13th
8
904
Take to the Skies and Choose a Side in the New Trailer for Next Generation Air Com...
9
904
CRASH BANDICOOT 4: IT’S ABOUT TIME IS AVAILABLE NOW
10
904
Frictional Games Shows Off First Gameplay Footage of Amnesia: Rebirth
All Original Content on Game Chronicles is Copyright (c) 2002-2020
Sinjin Solves Walkthroughs Copyright (c) 1996-2020 by Mark Smith