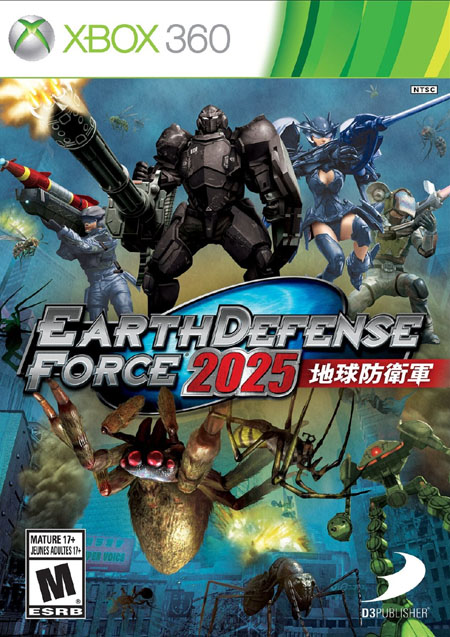 The first time you see anything new and remotely exciting. Entertaining and nostalgic endless shooter action.

All of the qualities of a classically bad monster movie with none of the charm.

I’m a big fan of “bad movies”.  You know; the kind that you would see on Mystery Science Theater 3000.  The kind that were supposed to be serious back in the day but that have now become laughably bad when compared to modern day standards and expectations.  And that is pretty much how I felt when playing Earth Defense Force 2025.   While I never reviewed the original EDF 2017 back in 2007 I did play and review the PS Vita version that released in 2013.  Ironically, nearly every criticism I leveled on that game can be said about the full-on sequel and possibly more.

The entire time I spent playing Earth Defense Force 2025 I was waiting for those silhouettes to pop-up in the lower corner of the screen and start tossing out random insults.  Everything is fair game for criticism in this sequel as there has apparently been no effort to improve the quality of the presentation or gameplay.  If anything, the gameplay is less involved and more repetitive than EDF 2017.  The only time I started to have fun was when we all decided to turn EDF 2025 into a drinking game and take a drink every time we heard the phrase, “giant insects”.    We had to make a beer run after two chapters and by chapter 16 two of the staff suffered from kidney failure.   Yes, plan to hear the words “giant insects” repeated multiple times per radio broadcast and usually two to three times in the same sentence.

The game starts with no story whatsoever.  Your chosen soldier class is plopped down into the city and giant ants start to scamper about the streets and skyscrapers devouring citizens while the guy on the radio laments the resurgence of “giant insects” after they were supposedly defeated seven years ago.   Apparently they have just been waiting and breeding for their comeback tour.  For the most part you have unlimited ammo for either of your two weapons, so you run around killing everything with more than two legs and picking up all sorts of loot the ants and spiders carry around, then sort through it all in post-missions debriefings.

There are four character classes; the Ranger who is your conventional fighter that  can lay down infinite firepower with assault rifles and rocket launchers, and the Air Raider who can call in air strikes and summon vehicles like tanks.  The Fencer is a slow-moving heavily armored brute that can blast his way through all but the most serious encounters while the Wing Diver is a fast-moving soldier able to fly around.  His light armor makes him easier to kill so you have to always keep on the move to avoid taking damage while unleashing your own with a nifty collection of energy weapons. 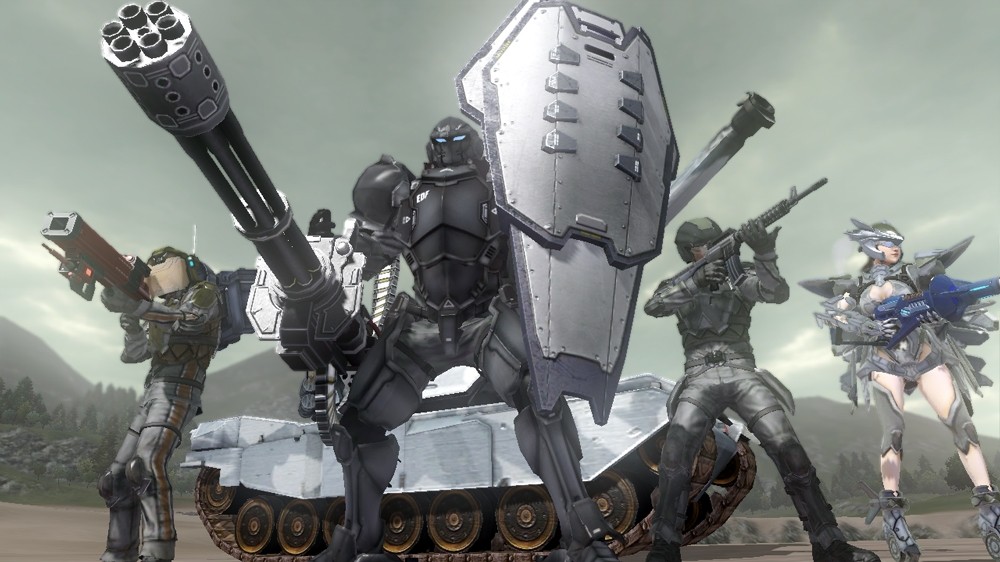 The big issue with the class system is that if you are playing alone you almost have to go with the Ranger as most of the others are more support classes.  This isn’t an issue if you are playing in two-player local co-op or four-player online co-op.  Truth be told, the game gets exponentially better with each new person added to the experience, but trying to find anyone actually playing this game is more trouble than its worth.  Playing alone has its own issues, and no matter how many squads you recruit they almost always die early on leaving you to finish the level by yourself going up against impossible odds.  Levels get depressingly long and with no mid-mission checkpoints death means restarting from the very beginning.

Out of the 20-some levels there were a few moments of genuine enjoyment; most of which were always when something new was being introduced like a spider that could shoot you with a sticky strand and pull you into its web, or when the aliens finally attack and you are attacking titan-size robots walking out of the ocean or shooting down city-sized UFO’s with a sniper rifle.  And while these were fun the first and even second time you experience them, the game keeps throwing them back at you time and time again to the point where you just don’t want to play anymore. 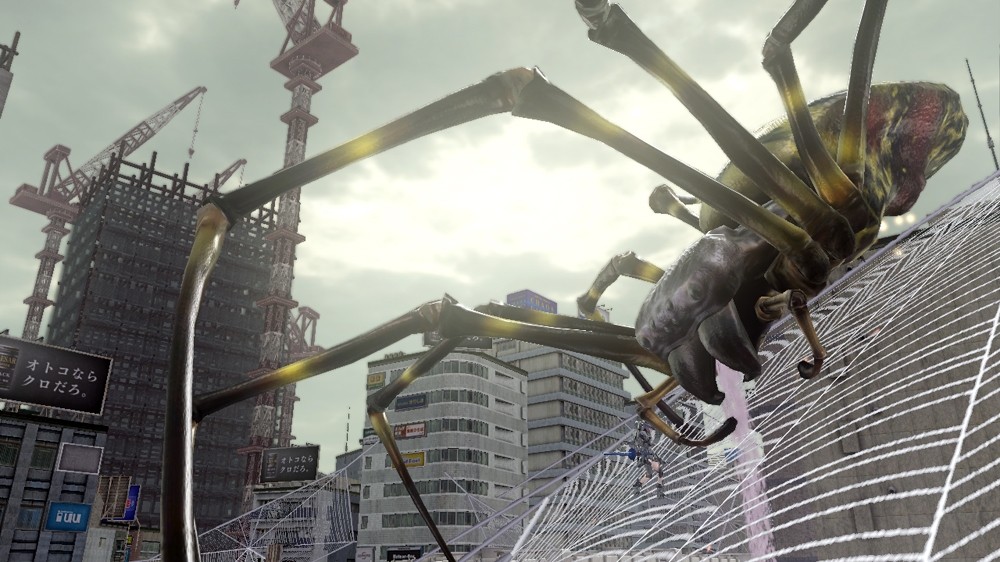 The presentation is really bad with graphics that may even be worse than those in EDF 2017.  Building textures repeat to create uninspired cities loaded with jaggies and poor draw distance.  Ants and spiders crawl awkwardly around the architecture, never quite making contact with anything.   Buildings crumble into rubble that you can magically pass right through, but exploded insect body parts are solid and will cause instant death if an ant segment plops in front of you just as you fired that rocket launcher.   Music is forgettable, NPC dialogue is hilariously bad and annoyingly repetitive, and the sound effects drone on to the point where you just want to turn the sound way down.

Earth Defense Force 2025 seems more at place in the arcade; one of those games with four big plastic machine guns aimed at a 60” screen.   For a home console game this is a joke; a bad joke.  I understand there is a cult following for this genre and even this particular franchise, but this is the kind of game I would expect at the beginning of a new system lifecycle; not the end.   This might be acceptable as a $15 marketplace game but there is no way I could recommend this game at the discounted $50 retail price or even the $20 bargain bin where this game is ultimately headed.   The only thing more deadly than “giant insects” is allowing games like this to be made and played.   If you see Earth Defense Force 2025 on the shelf take a cue from the civilians in the game and run screaming in the opposite direction. 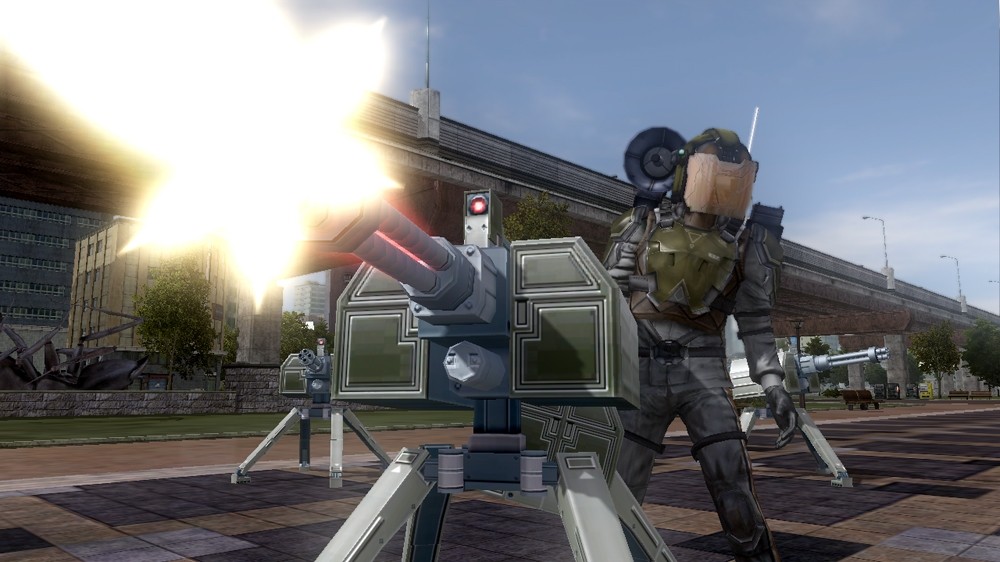 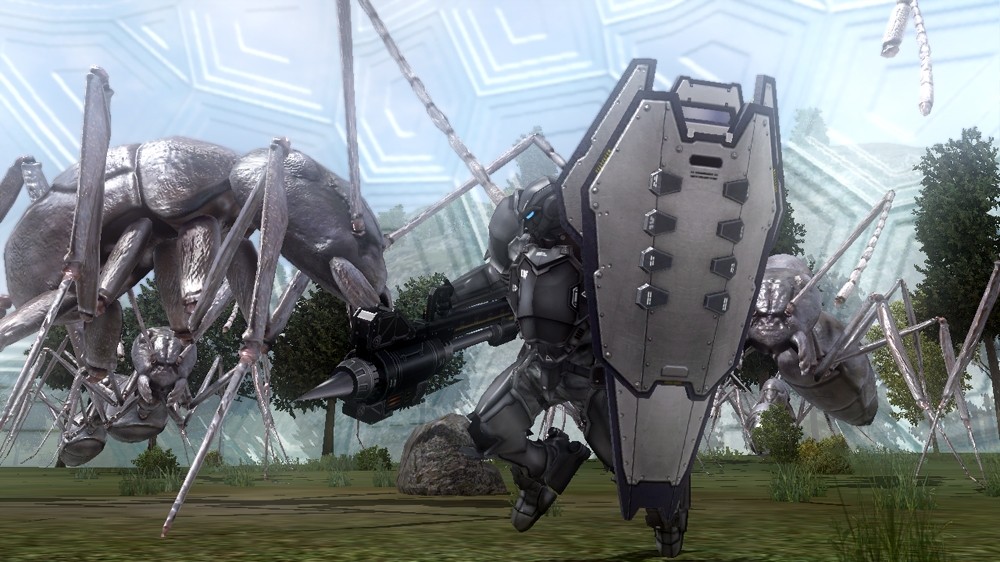 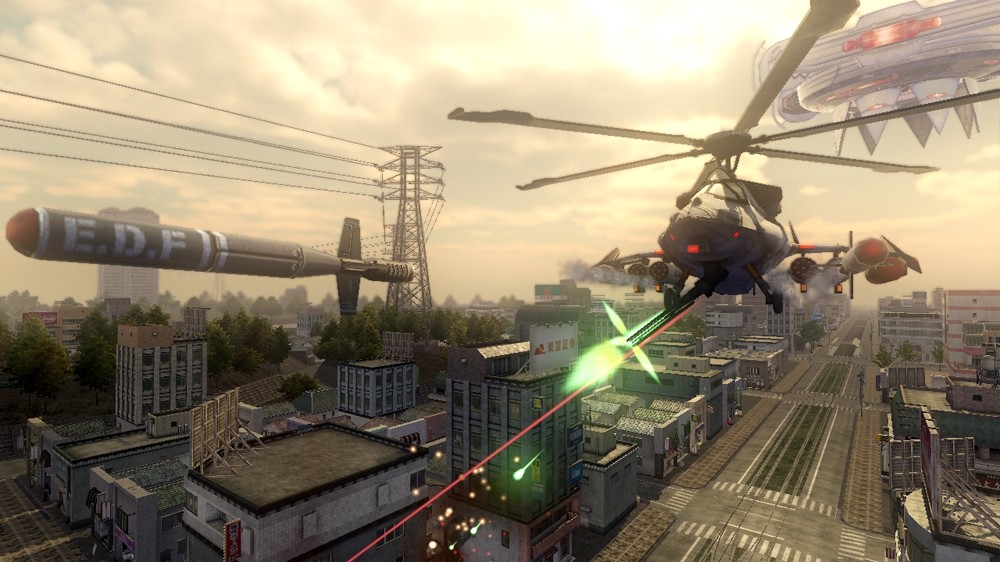 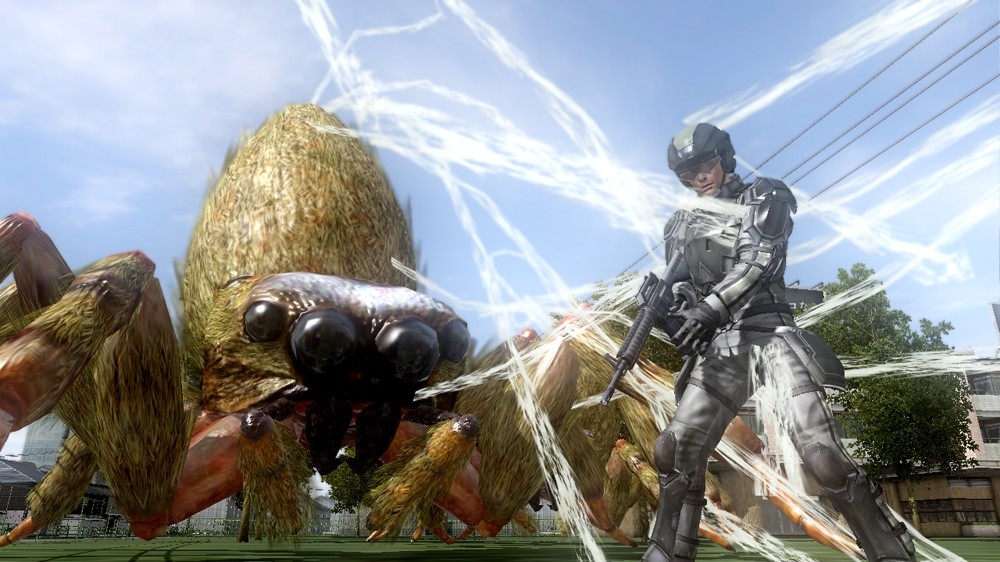 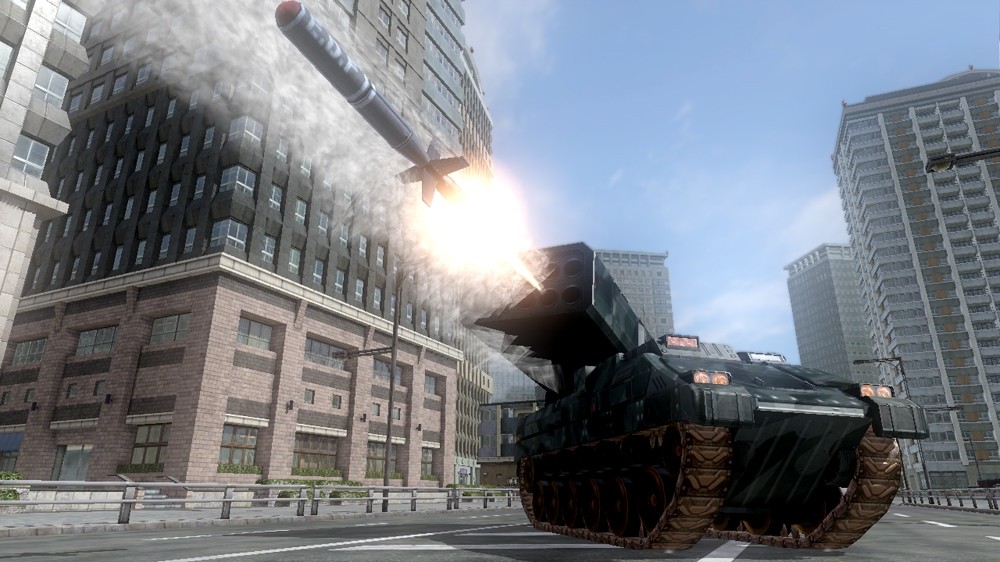 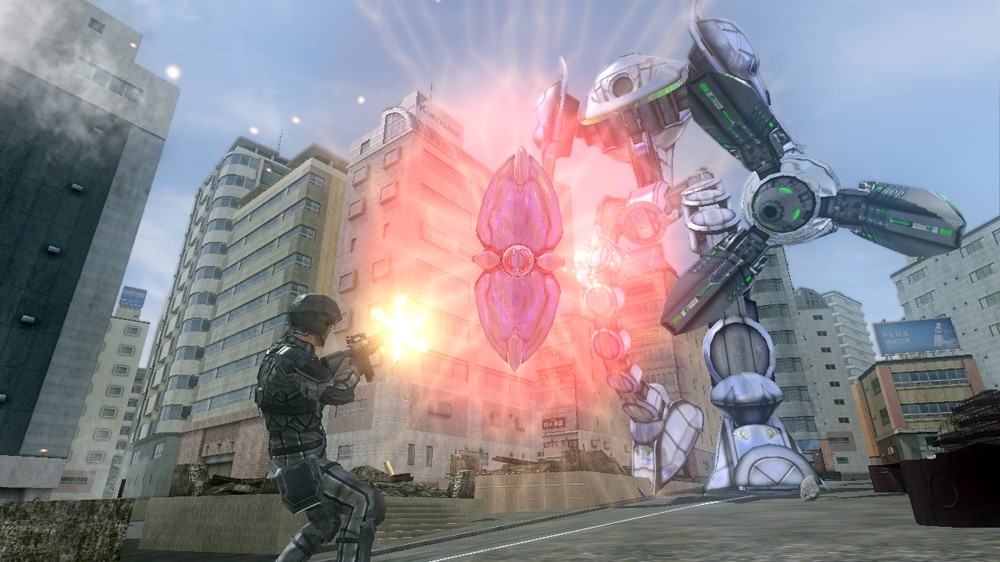 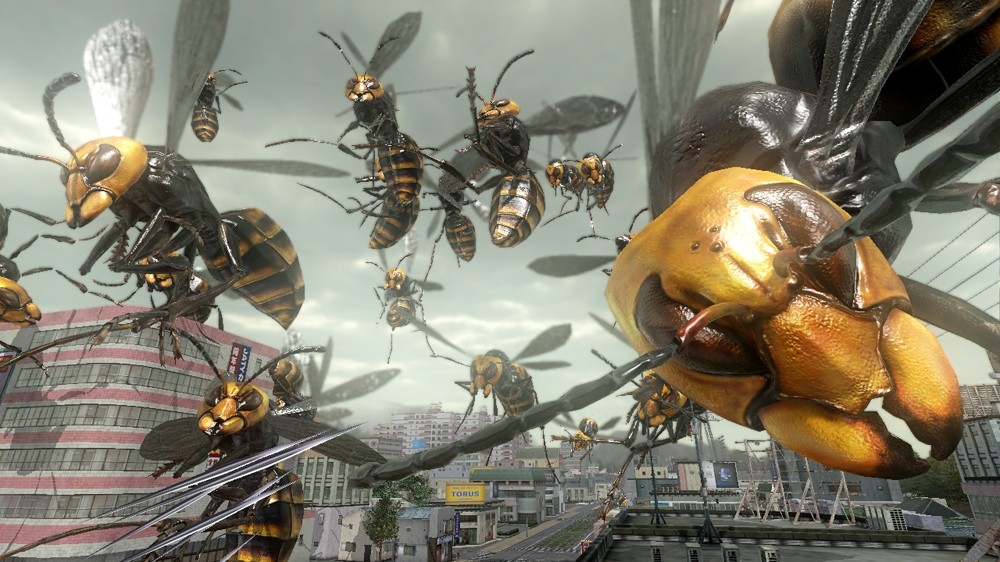 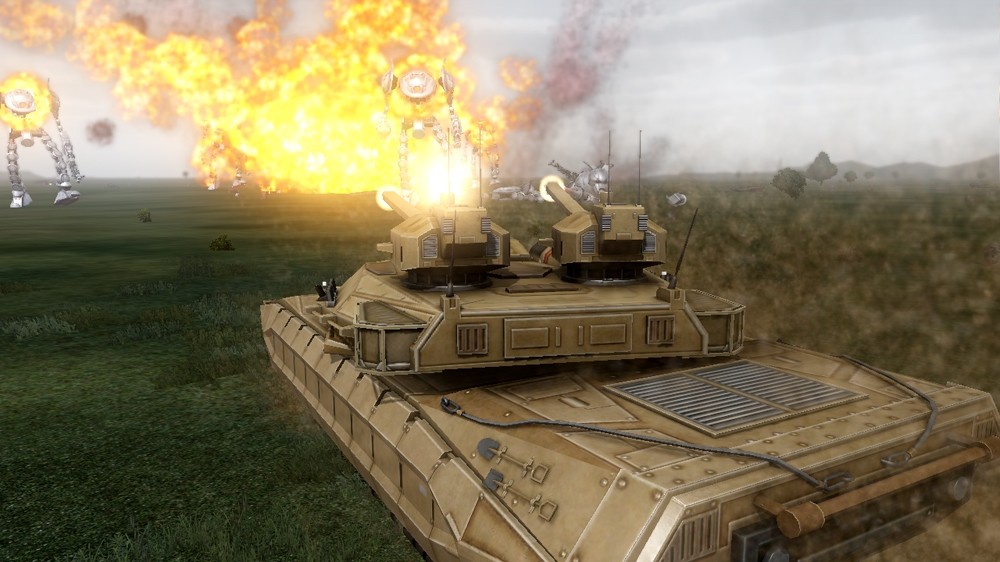 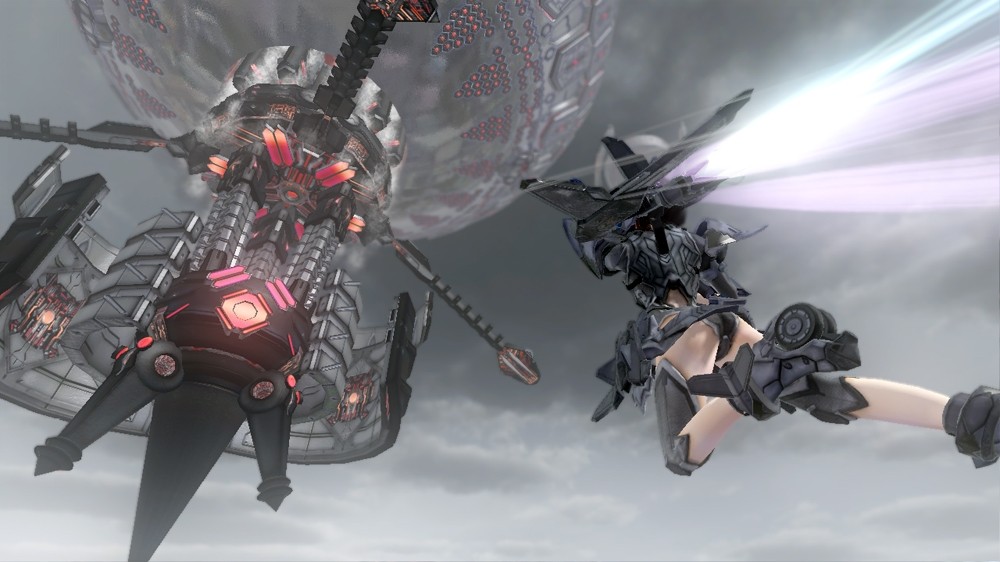 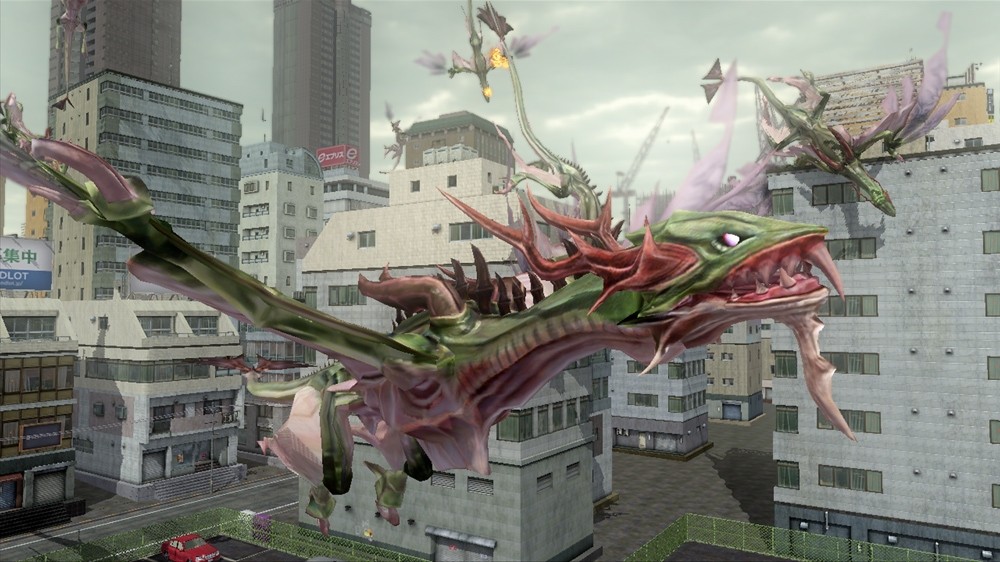 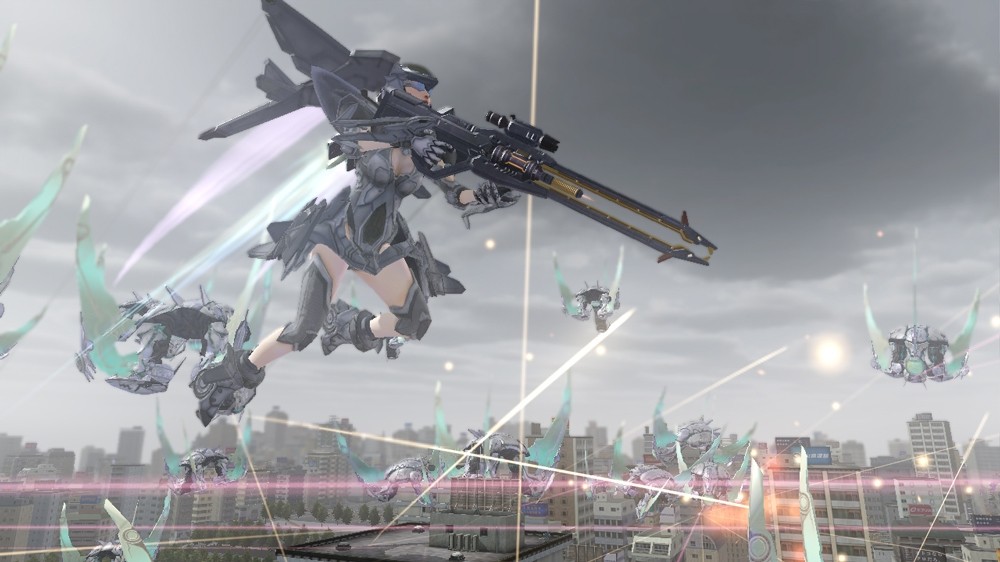