SIZZLIN'
TOP 10
1
989
The Walking Dead: Saints & Sinners Review – Oculus Quest
2
800
CRASH BANDICOOT 4: IT’S ABOUT TIME IS AVAILABLE NOW
3
799
Synth Riders Celebrates Anniversary with a Month Full of Treats and an Oculus Ques...
4
799
Worm Jazz Review – PC
5
799
Take to the Skies and Choose a Side in the New Trailer for Next Generation Air Com...
6
799
Frictional Games Shows Off First Gameplay Footage of Amnesia: Rebirth
7
799
Join the Galaxy’s Finest as Star Wars™: Squadrons Soars Into Homes Today
8
799
Werewolf: The Apocalypse – Heart of the Forest launches on October the 13th
9
798
The Falconeer First-Look Preview – PC
10
798
Metamorphosis is 33% Off on Steam!
Video Games
802 views 1 like 0 comments
Posted January 20, 2013 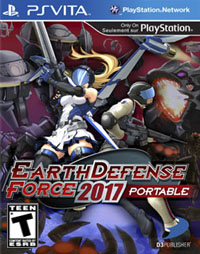 Just two months shy of its sixth birthday, Earth Defense Force 2017 Portable makes its handheld debut on the PS Vita. We reviewed the original game back in 2007 when it released on the Xbox 360 and were not terribly impressed with the gameplay or graphics, but succumbed to its B-movie charm and goofy premise. Not much has changed at the core of Earth Defense Force 2017. The graphics are still dated, although they may look slightly better on a 5-inch screen versus a 55-inch screen, and there has been a modest effort to update the content with new levels, characters, and even some multiplayer options.

The plot is as clichéd as anything you might watch on MST3K or a TCM sci-fi marathon. Aliens are invading Earth and they are using giant insects and robots to do their dirty work while their mammoth ships eclipse the skies above. As a member of the Earth Defense Force it is your job to use every weapon at your disposal to kill every non-human entity in sight…over and over again. Yes, the sights may change slightly but the gameplay seldom evolves from the mindless mashing of the fire button and nimbly avoiding the advancing swarms of alien infestation. Thankfully, the varied weapons are so powerful and fun to use that the repetition gets lost in the awesomeness of pure firepower. 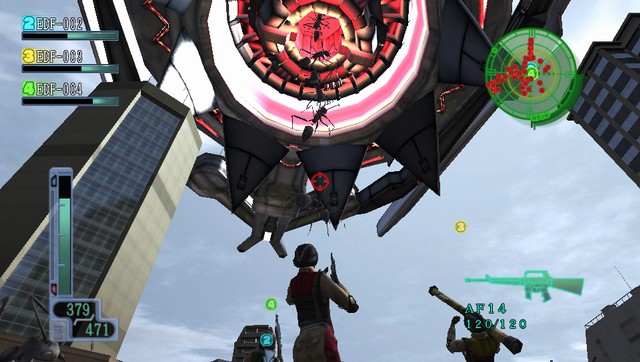 As you lay waste to countless alien hordes you’ll need to collect a seemingly endless supply of loot drops; everything from ammo and health to new weapons, which always keeps you moving into the fray when commonsense tells you to backpedal. Don’t ask why that giant ant was carrying a med kit or rounds for a gun it can’t even wield. If you start pulling at the threads of this concept the entire game will unravel. By design, the game practically demands to be replayed as that is the only way you can experience the new weapons you unlock as well as replaying with the new character, Pale Wing. She has a jetpack and energy based weapons which give the game an excitingly fresh perspective, both in verticality of movement and new combat tactics.

While Earth Defense Force 2017 Portable may have smoothed over the framerate issues from the Xbox 360, there is still plenty of boring level design, bland textures, and poor draw distance that will have enemies and skyline structures popping into view from just a few blocks away. Often it’s not a big deal since you are focused on some giant creature or robot that is right in your face, but when the enemy clusters are scattered out you will often have to rely on the mini-map to find new targets. Character modeling and animation is simplistic and the menus are something from the 90’s. The music is campy and the dialogue is humorous at first until it starts repeating to the point of annoyance. 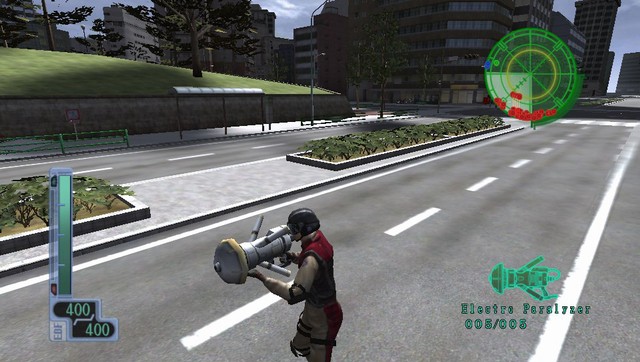 Earth Defense Force 2017 Portable really shines if you can find a few other people with the game, as the Vita version supports up to four players for local or online co-op of the entire 60-level campaign; a nice improvement over the local-only, couch co-op, splitscreen on the Xbox 360. They also added a versus mode, but after a week of post-launch searching I couldn’t find a single person playing this mode. Sadly, there was no use of any Vita specific features other than some extremely awkward touchscreen aiming. How cool would it have been for an augmented reality mode where you had to shoot alien critters in whatever scenery you had in your camera view?

Earth Defense Force 2017 Portable is an okay shooter, but after six years I would have expected something a bit more polished and entertaining. Admittedly, the PS Vita library is lacking in new releases, but that shouldn’t mean we have to accept this lackluster effort. The biggest improvement is the online modes, but if you can’t find anybody else with the game then even those cease to become a feature, and as a solo shooter there are better Vita games out there for the same money or less. Wait for a sale or just skip this and wait for the next alien invasion. 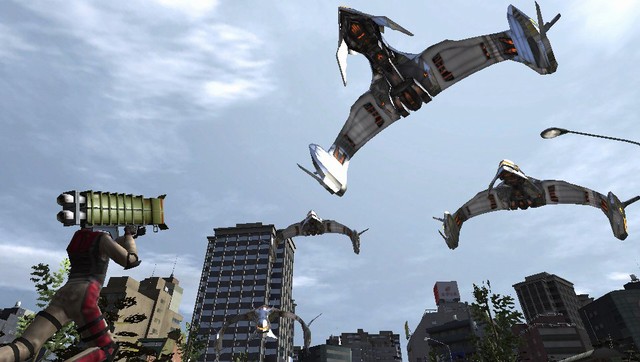 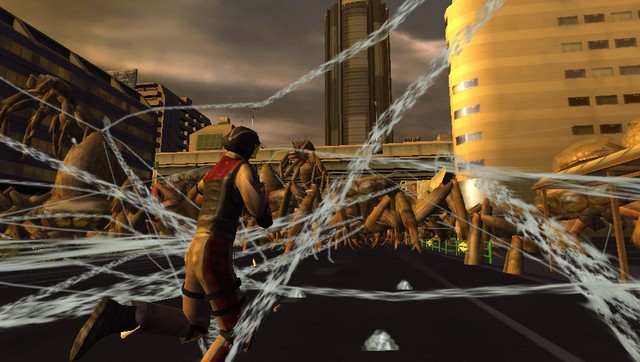 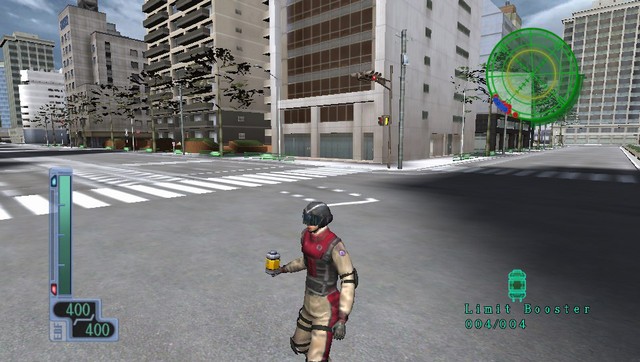 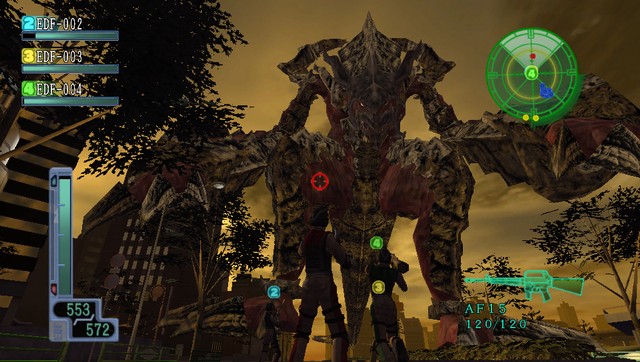 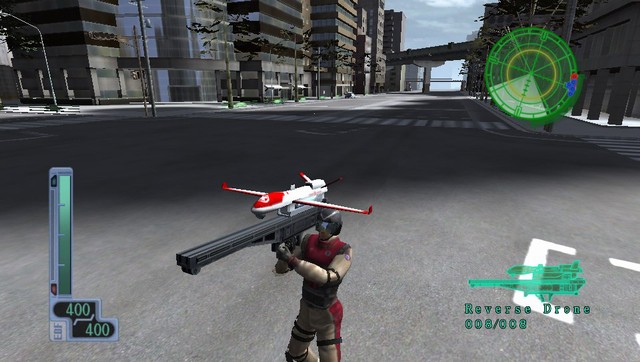 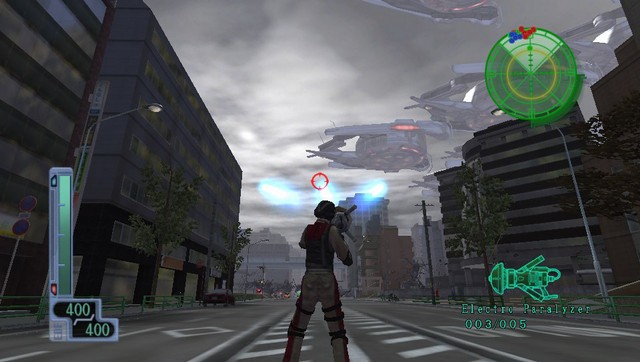 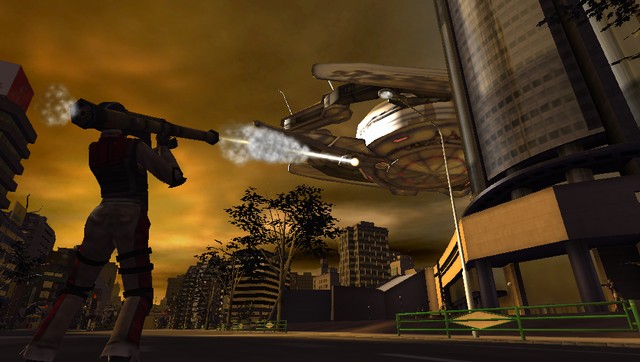 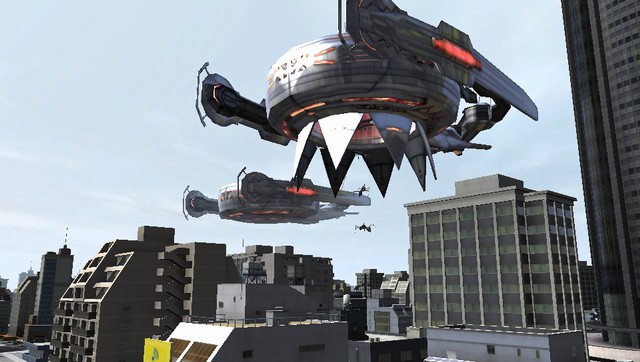 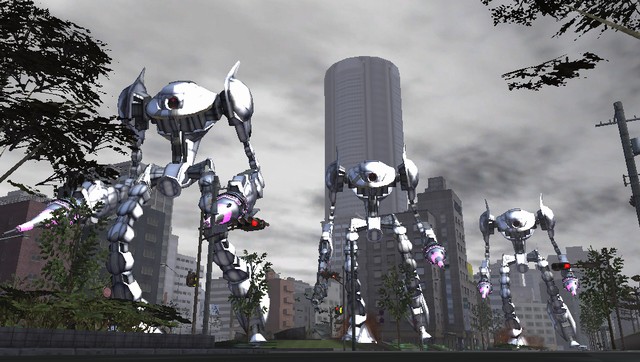 1
989
The Walking Dead: Saints & Sinners Review – Oculus Quest
2
800
CRASH BANDICOOT 4: IT’S ABOUT TIME IS AVAILABLE NOW
3
799
Synth Riders Celebrates Anniversary with a Month Full of Treats and an Oculus Ques...
4
799
Worm Jazz Review – PC
5
799
Take to the Skies and Choose a Side in the New Trailer for Next Generation Air Com...
6
799
Frictional Games Shows Off First Gameplay Footage of Amnesia: Rebirth
7
799
Join the Galaxy’s Finest as Star Wars™: Squadrons Soars Into Homes Today
8
799
Werewolf: The Apocalypse – Heart of the Forest launches on October the 13th
9
798
The Falconeer First-Look Preview – PC
10
798
Metamorphosis is 33% Off on Steam!
All Original Content on Game Chronicles is Copyright (c) 2002-2020
Sinjin Solves Walkthroughs Copyright (c) 1996-2020 by Mark Smith