A rather deep strategy and RPG system that is fun once you get past the interface issues.

Now I can easily say that strategy games are not really my forte but I’ve dabbled in the genre long enough to learn a few tricks along the way. One niche of the genre that I’ve always taken a liking to are the turn based strategy and games like Eador: Masters of the Broken World for PC. If the name Eador sounds familiar to you then there’s a good chance you’ve played 2009’s Eador: Genesis that released on PC as well.

Eador: Masters of the Broken World instead of being a continuation of the Eador universe is actually a re-make of the original with graphical advancements and improvements to the gameplay mechanics. Masters of the Broken World is actually a pretty deep and satisfying strategy experience that has the misfortune of poor interface execution throughout its easily reachable 120+ hour gameplay.

Eador: Masters of the Broken World starts off with a lowly farmer’s son being chosen to become a Master of Eador’s shattered realm by a wizard that rather became a little less trustworthy as I repeated asked why me early into the game’s campaign. Setting off the player gets to choose what kind of a hero you want to be from the available list of Warrior, Scout, Commander or Wizard. Each hero class has its own strengths and weaknesses in battle but with proper attention to the enemy types and strategies you can come out on top in battle. 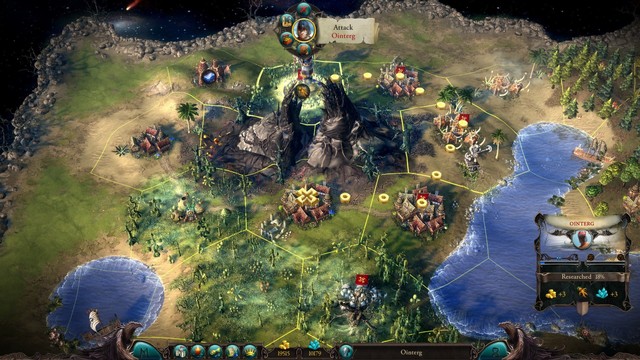 Combat is done on hex-grid maps that are more than traditional flat maps. While I choose the Scout hero class for my playthrough mainly for its rather powerful ranged attacks that didn’t mean that I could get lax by taking on numerous enemies by myself. Hiring allies is not only a great way to stay alive but also a necessity if you want to get far. Learning the terrain of a map is also crucial in a fight. Mountains can provide delaying of enemy troops but limit ranged visibility on both sides. High ground offers excellent attack potential but forests offer limited protection for troops from magic missiles and other ranged attacks.

However conflict isn’t always the best option in Masters of the Broken World. Everything you do in Eador: Masters of the Broken World will affect how the game’s inhabitants react to you and will later determine the ending you receive. There are times were negotiating for the rule of neighboring providences around your stronghold is more pertinent and the inhabitants will be more inclined to aid you. You can even hire guards to keep those people safe.

When you’re not fighting you will be doing a great deal of exploring and expanding your kingdom (as it were) as well as the up keeping and protection of your subjects from any number of events that can crop up. Your actions will affect morale and reward you with much needed resources for constructing buildings that can vary from basic taverns to advance military barracks that can train paladins. All of these activities take time and resources and while you have all the time in the world to probably conquer each of the shards in Eador you have to maintain, explore and reap the rewards of combat to gain more resources to seal victory for your hero. 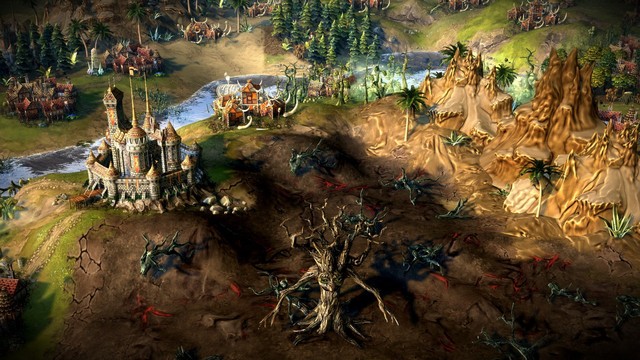 The trouble with Eador: Masters of the Broken World however is the consistency of how you perform all of the actions in the game. Most of the time you will be switching back and forth from left to right to left mouse clicks with no rhyme or reason to complete what should be simple things like constructing buildings. It’s only exacerbated by the fact that many of menu windows are some of the most poorly designed ones that I’ve seen in some time.

On a more positive note the graphics of Eador: Masters of the Broken World are much improved this time around from Genesis and it features a nice level of detail in its character models and locales. Even the atmospheric effects in the areas that you haven’t explored yet are pretty. The only downside to the graphics is the painfully slow animations of the characters. Even with the combat speed cranked to max you spend a lot of time waiting for troops to attack turn for turn. The sound effects however are good as well as the background music. I absolutely loved the opening video though with its mix of art styles and classic fantasy score piece.

Though despite its shortcomings, Eador: Masters of the Broken World does offer a lot of hours of turn-based strategy action in its campaign mode but it also has an online multiplayer. There isn’t much to this mode as it’s pretty much a barebones one-on-one match to see which player comes out on top. I have to say that during my time with Eador: Masters of the Broken World I had a lot of fun managing territories and exploring each shard. The game features a rather deep strategy and RPG system that is fun once you get past the interface issues. 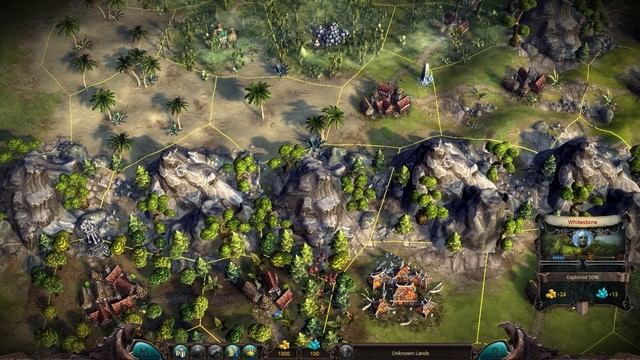 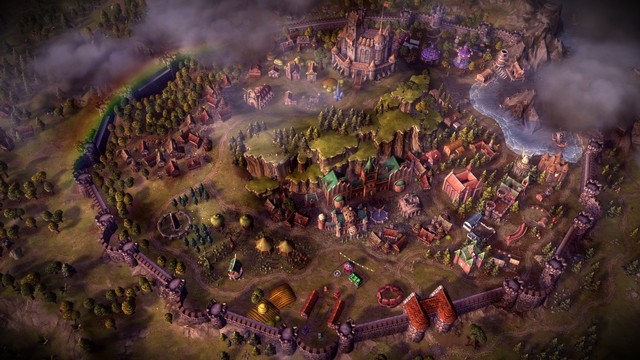 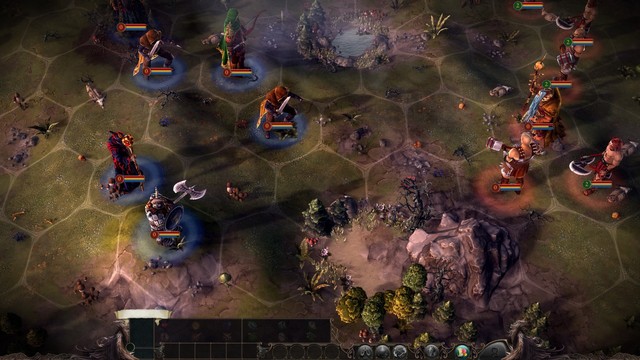 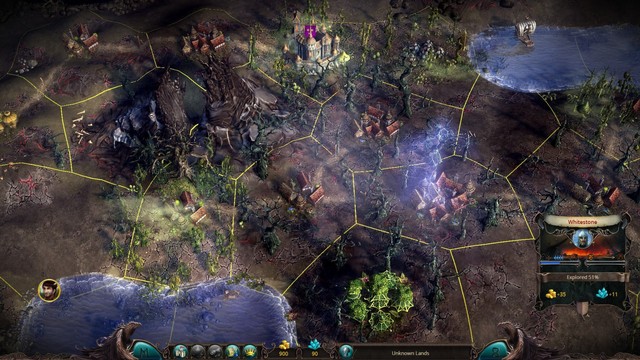 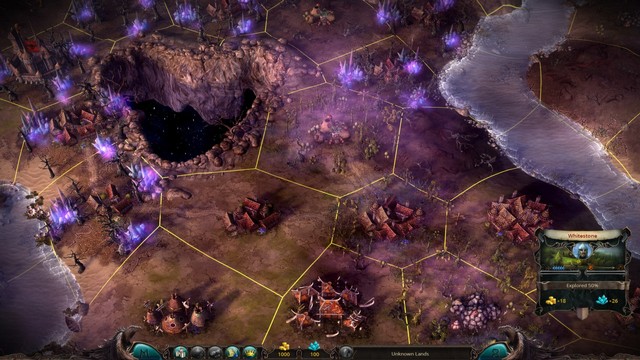 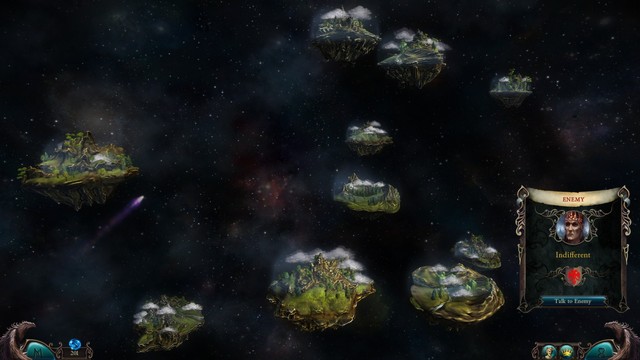 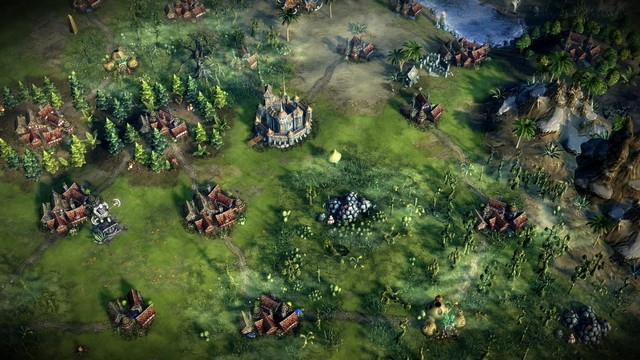 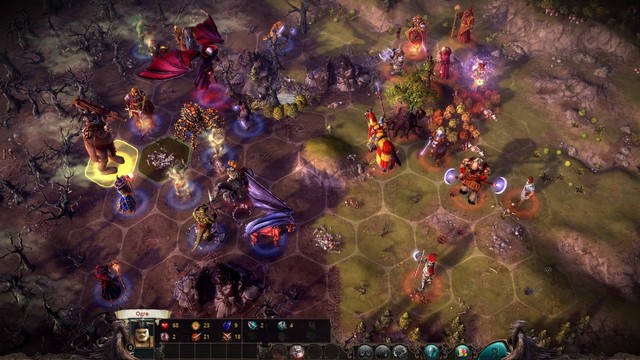