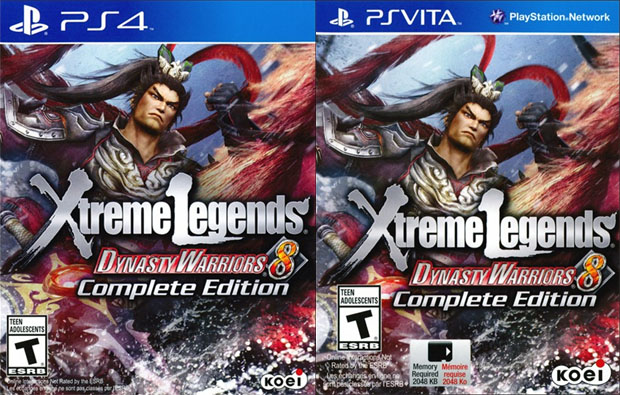 Cross-play for those with a PS4 and a Vita, looks great on Vita but dated on PS4

Cross-play but NOT cross-buy, repetitive, long-winded dialogue (in text)

Dynasty Warriors returns with the same tedious game we have been playing for more than a decade.

How is this for a name: Dynasty Warriors 8: Xtreme Legends Complete Edition?  That mouthful of words represents the newest release in the seemingly immortal (as in “this sucker won’t ever die”) Dynasty Warriors franchise from Omega Force and Koei;  a PS4/Vita cross play-optimized version of 2013’s Dynasty Warriors 8 that includes full versions of both the original release, and the “Xtreme Legends” standalone expansion pack.

For those gamers who have yet to encounter a Dynasty Warriors game – let’s just say that they are very…um…unique gaming experience, one that will take me some time to explain.   All Dynasty Warriors games (and there are over a dozen if you count all of the spinoffs franchises) revolve around the incredibly complex events of the Three Kingdoms-era in Chinese history, in which the Wei, Wu, and Shu states were fighting for control of China after the fall of the Han Dynasty.

At least that is what I think happened then, because to be completely honest, I get absolutely lost when it comes to Chinese history.  Amidst all of the mono-syllabic names – names like Lu Bu, Wei Yan, Zhu Ran – and all the changes in leadership, make it nearly impossible to make heads or tails of the events that took place over a period of about 120 years’ time. 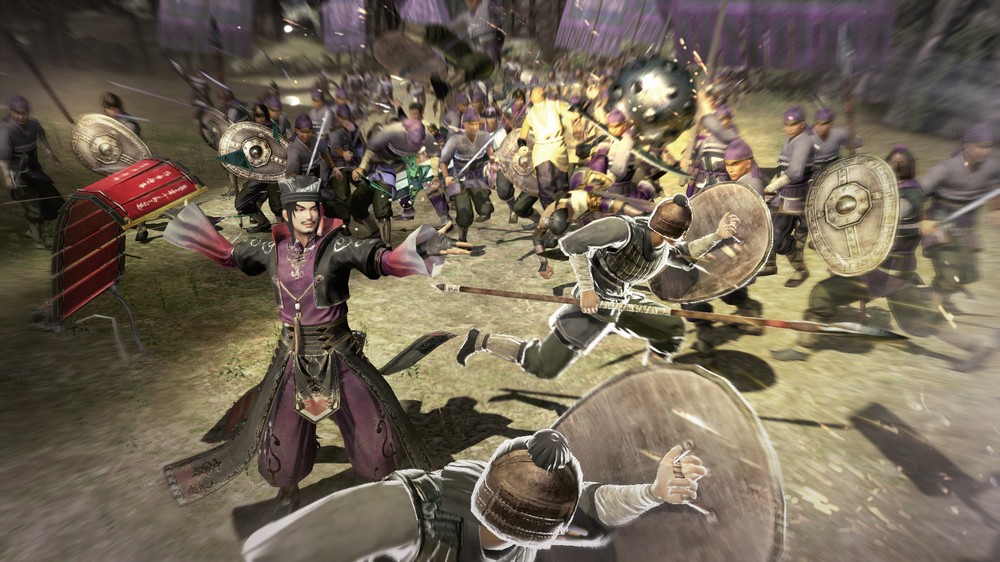 However, I am sure many gamers out there do have a good handle on the history, even if it really doesn’t mean a hill of beans in terms of Dynasty Warriors’ gameplay – other than to give the unyielding button mashing an overall sense of purpose.  And believe me, button mashing IS the name of the game when it comes to a Dynasty Warriors game.

Dynasty Warriors games are set up rather like a fighting games, in which gamers select a character from a lengthy roster (82 in this game), and then proceed to battle against wave upon wave of enemy combatants – literally killing hundreds of enemies in the process – in an attempt to take control of a particular area.  As each character’s storyline is completed, gamers go back to the main menu, select another character and repeat the process.  In one gaming session, a gamer might represent one state, and in the next another – fighting against the very same folks who were previously allies.

Luckily, there is little question or concern when it comes to destroying the masses of enemies – it is all about hacking and slashing the hordes of attackers, and any ally that gets in the way is safe from “friendly fire” as it were. 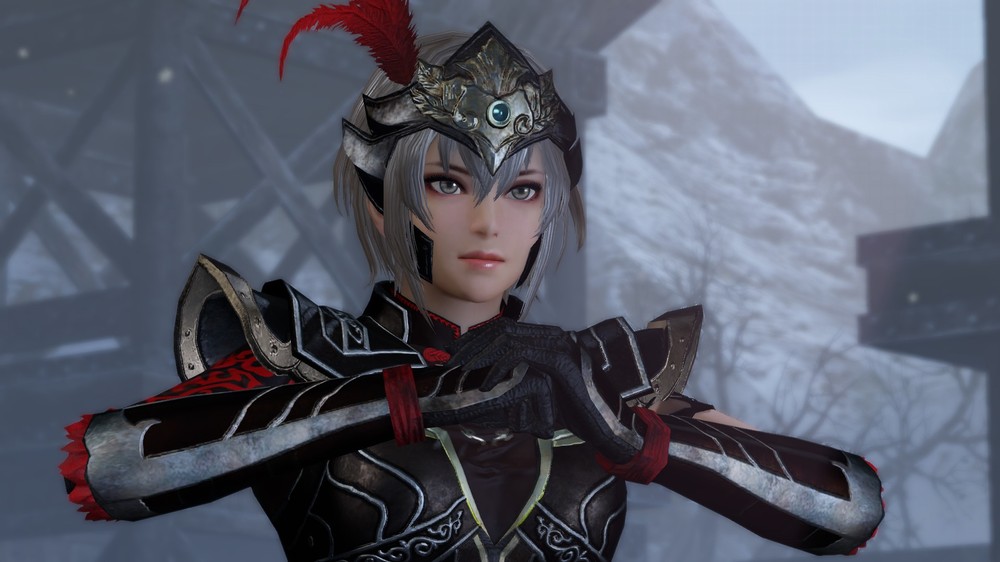 Chop, chop, chop, chop, chop…wait for the special Musou meter to fill, and then “Kablaam!” every enemy onscreen is burned up, or frozen stiff, or broken into pieces (or whatever the character’s special attack is).  Hop on a horse, follow the arrow to the next battle, and repeat the process.  There is a time constraint based on enemies’ progress and retreat – and there is a very real possibility that after 20-30 minutes of hacking, that a mission is ended prematurely because the enemies succeeded in their mission, often a mission you had no control over, forcing an aggravating restart.

Dynasty Warriors 8: Xtreme Legends Complete Edition does nothing to change the formula – it is every bit the same game, same storyline, that Koei and Omega Force have been delivering for the past decade.  There are a couple of additional gameplay modes available – a mission-based Challenge mode, and the build-a-society Ambition mode – neither of which is exciting or different enough to differentiate them much from the core game.  The only really noticeable addition is the inclusion of the Lu Bu storyline, who proves to be quite the ass-kicker.

Visually, the Vita and PS4 versions of Dynasty Warriors 8: Xtreme Legends Complete Edition are virtually undistinguishable from each other – falling somewhere in the middle of the two.  While this means that the game looks absolutely fantastic on the Vita, it definitely does not look like what we hope to expect from a PS4 title. 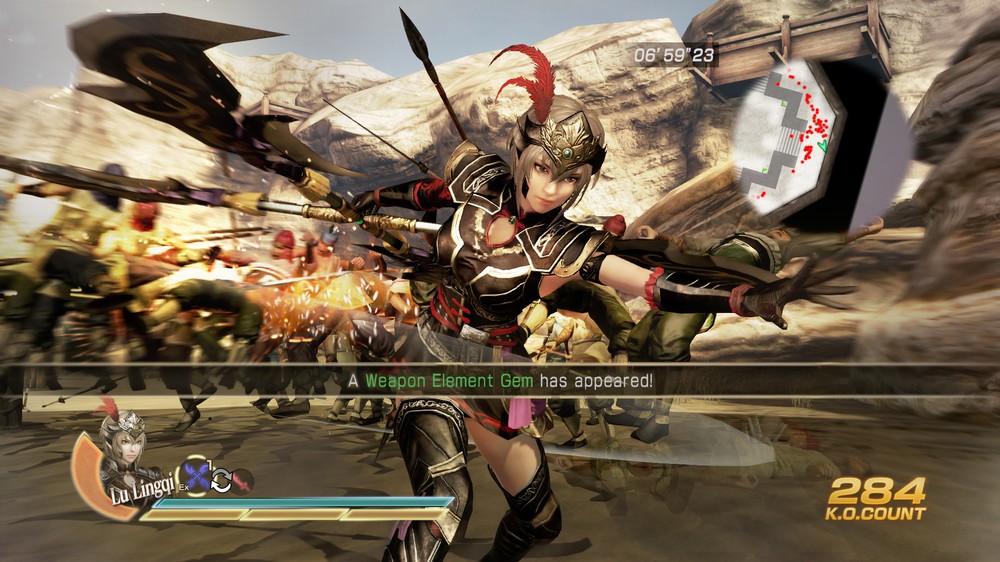 Half of the lengthy in-game dialog is delivered via onscreen text, the other half in overly dramatic English voiceovers – regardless of the delivery method, the dialog goes on far too long to be interesting or enjoyable.  Luckily, there is some enjoyment to be had from laughing at the sheer corniness of the overzealous voice actors barking orders to their minions.

The game’s cross-functionality between the PS4 and the Vita version of the game is a definite plus, but only for those gamers who are willing to shell out the $100 it will take to buy both versions (PS4 is currently $59.99, the Vita version $39.99), as Dynasty Warriors 8: Xtreme Legends Complete Edition may be “cross-play” but sadly it is not “cross-buy”.

That being said – I was really surprised that Dynasty Warriors 8: Xtreme Legends Complete Edition is set as a full-priced release, considering it an already-released one year old game with merely a single DLC pack added in the mix.  I would have expected the release to be $39.99, and a cross-buy title at that – but no such luck.

Given the repetitive gameplay and the high MSRP, it is difficult for me to recommend Dynasty Warriors 8: Xtreme Legends Complete Edition to any but the hardest of the Dynasty Warriors fans.  Others might want to wait on this until it ends up in its inevitable home in the bargain bin. 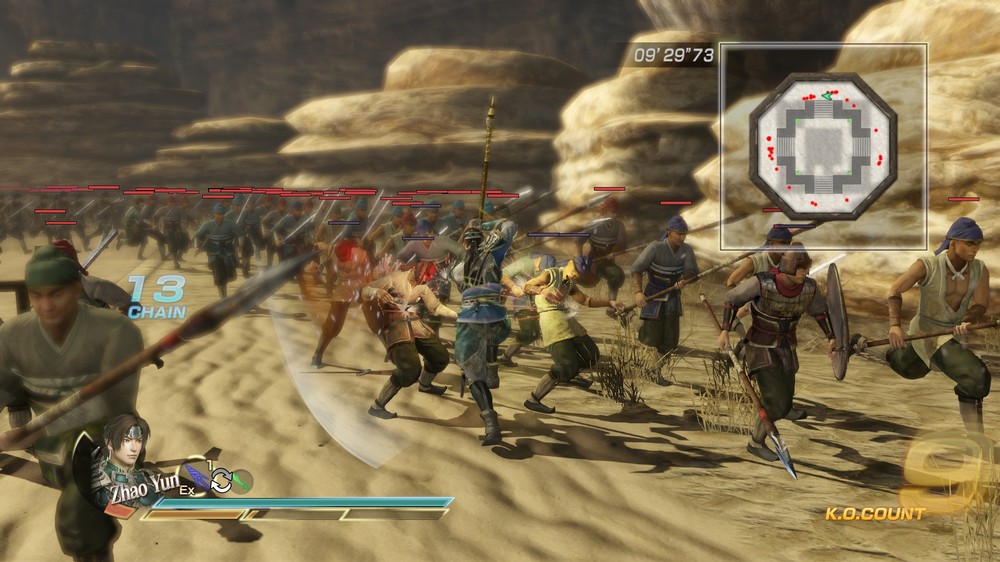 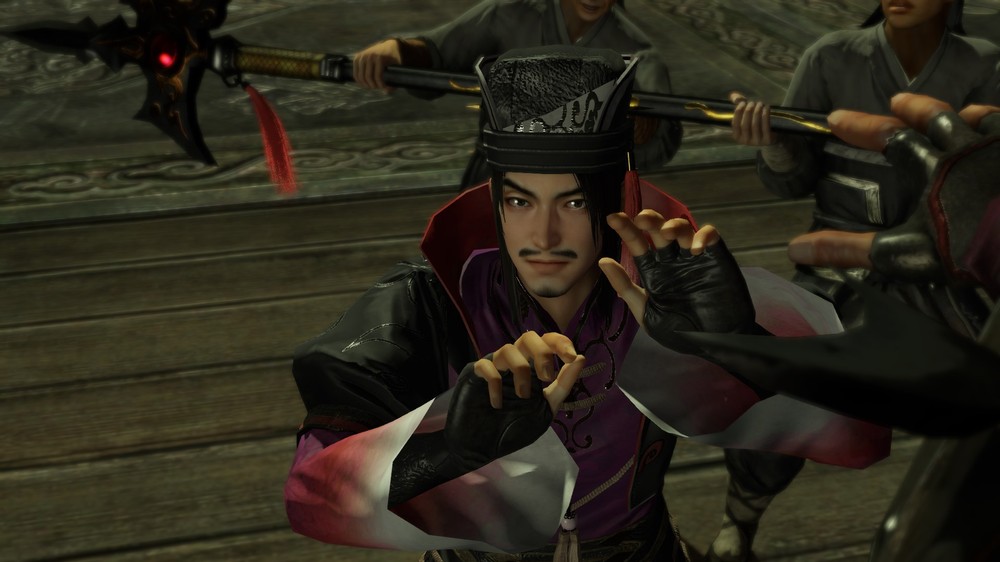 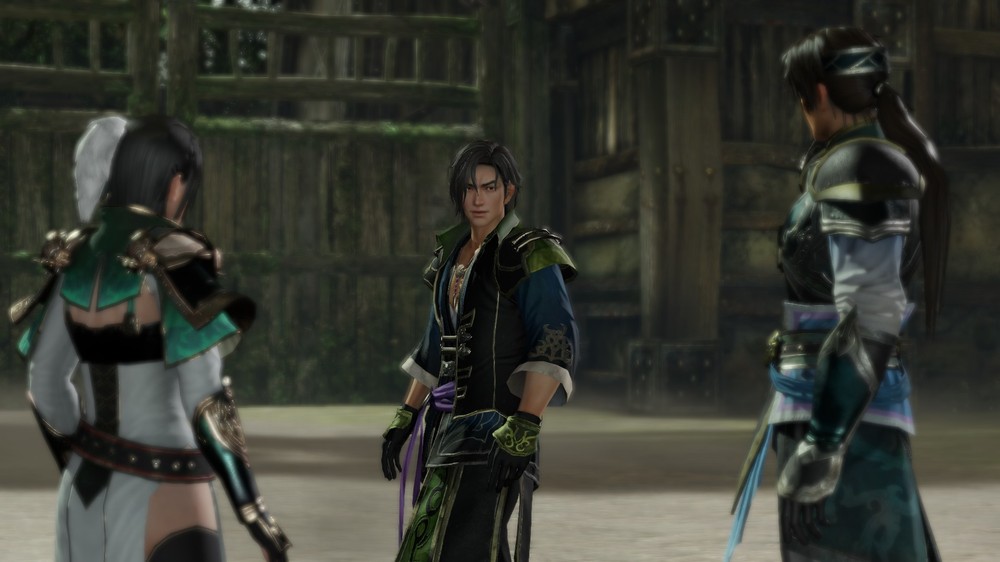 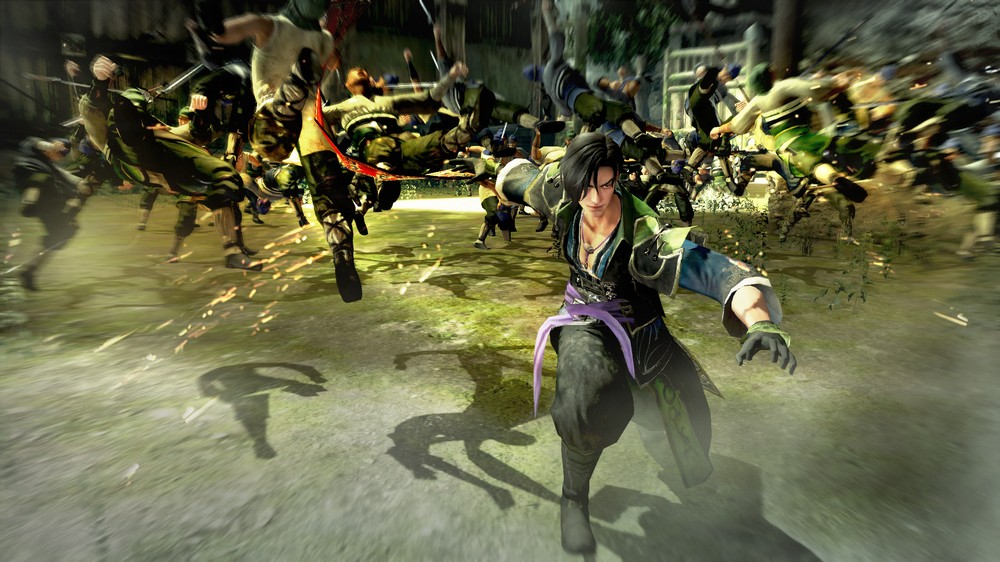 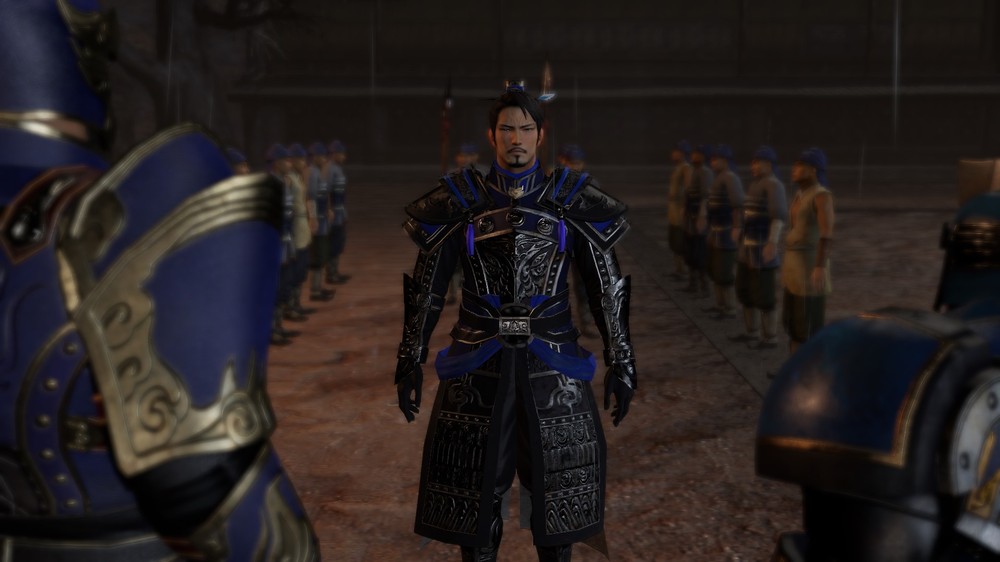 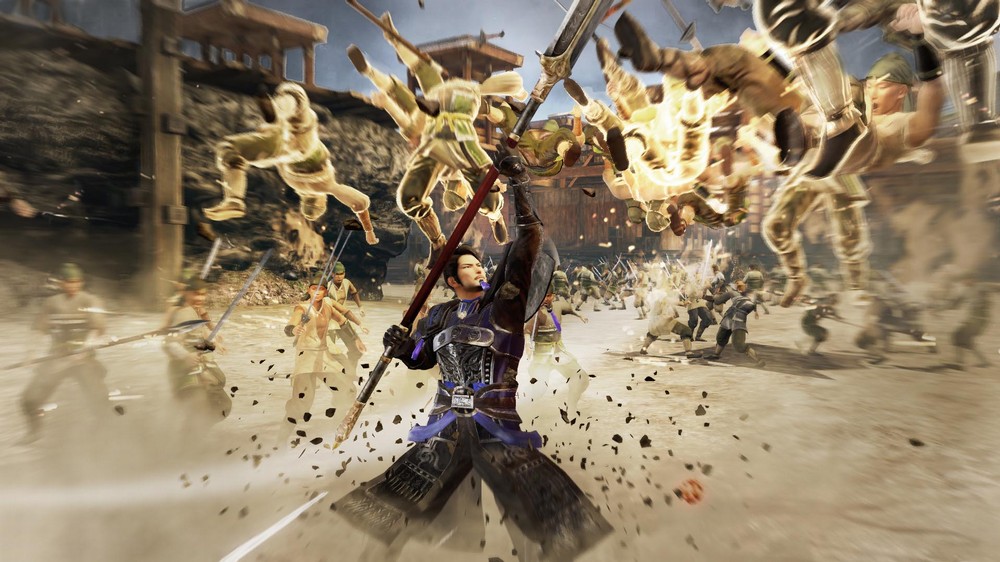 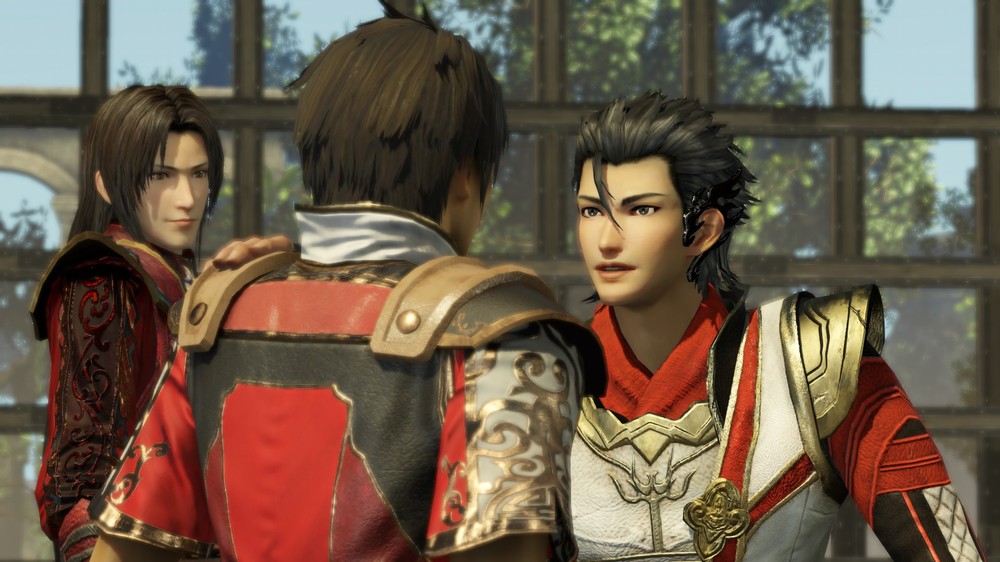 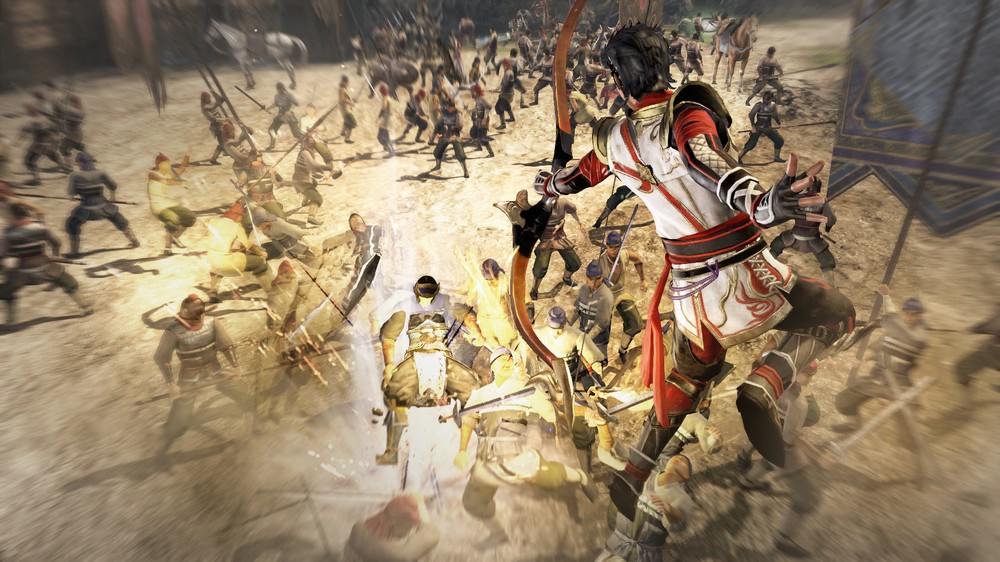