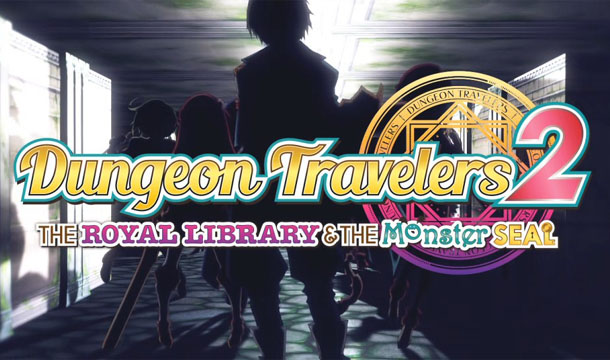 HUGE amount of fan service
Story is a bit week

If you can get past the huge fan service there is a pretty competent RPG underneath.

Whenever I play or review a game from publisher/developer Atlus, I often expect there to be some level of interesting concept or incredibly deep or ridiculous story depending on the writing team. Their newest venture with developer Aquaplus takes storytelling into one of the biggest forms of fan service I have seen in recent years with the release of Dungeon Travelers 2: The Royal Library and the Monster Seal for the PlayStation Vita.

Aquaplus is known abroad for their adult and all-age games and visual novels so for the US release of Dungeon Travelers 2 had to be edited a bit to get the much undesired AO rating here. That said it doesn’t make this game any less awkward to play in public due to several still images and the fact that almost all the enemies are sexualized woman. So while this game will probably not be appealing to some gamers that doesn’t mean it’s without highpoints.

Dungeon Travelers 2 is first-person dungeon crawler that takes place in the Kingdom of Romulea where spirits and monsters used to cause mayhem under an evil deity called the Demon God. A technique was created by the first royal alchemist to seal them away in magical tomes. Only a special class of individual known as Libra (or Librarian) can seal these monsters away in books after they are defeated by monster suppression teams. 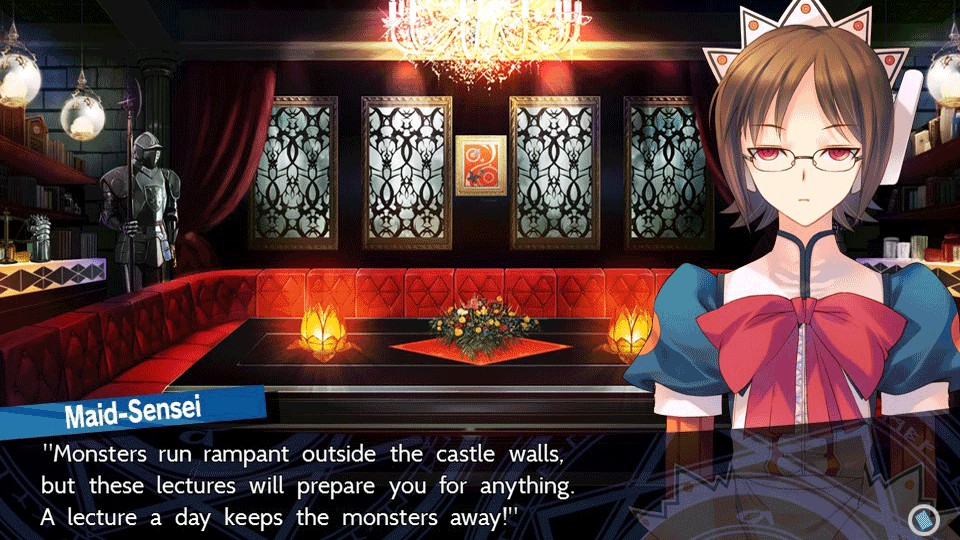 You play as one such Libra by the name of Fried Einhard, a studious lad that excels in everything but luck that leads an all-female group of combatants that handle the monsters while out in the field. You don’t actually get to fight as Fried himself but as his charges instead in combat. Starting out you only have the starting party members of Alisia and Melvy, a knight and magician, but as you play your party will grow and become stronger.

The combat system of Dungeon Travelers 2 is a turn-based one that is fairly straight forward for the most part. One of the key things that I discovered real early is that only one of your two starting characters, Alicia, is really any good at physically attacking your enemy and dealing sold damage, so getting through the opening hours of the game can be tedious. Almost all of Melvy’s skills, as well as any other characters that use magic, can be interrupted by enemy attacks, so utilizing a few features of the game is necessary to surviving each encounter as they come.

One of the biggest things to pay attention to in Dungeon Travelers 2 is your party’s formation. Utilizing how your team is standing in battle not only give magic users like Melvy a better chance to complete skill chants by positioning them in the back row, it is also vital in considering the type of attacks and weapons that each class uses. For instance Alicia uses mainly short ranged weapons so she should always be in the front but characters like Lilian, you first new party member after the starting two, can be utilized in either capacity. You can freely change your formation and assign party members to certain spots while in the field when not in battle or back safely at home base which is an actual library. Got to put those Sealbooks somewhere when you’re not using them. 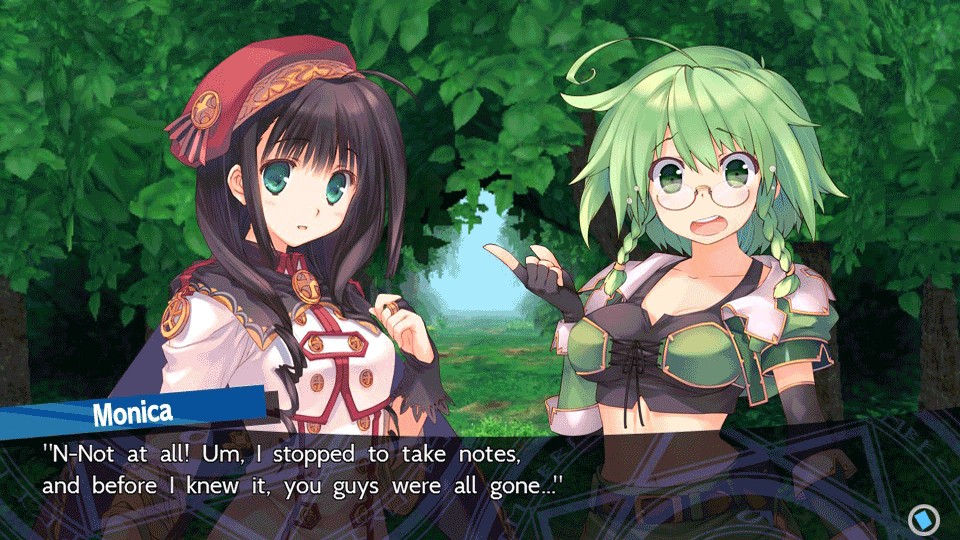 Another feature is the ability to “Check” an enemy’s name and more importantly their condition. Much like your heroes, enemy attacks that require a chant time can be disrupted, so it’s always a great idea to see what your foes status to help avoid disaster. Another great aid in the Dungeon Travelers 2 is the use of Sealbooks which can be created and equipped to your characters to gain effects that apply to the entire team. Fried can also equip a Grand Sealbook that only he can use that may sometimes aid you greatly in your journeys. The first one I made actually increased the enemy encounter rate which is a great way to gain experience though has the downside of getting you in hot water when you’re low on supplies. There is a wide variety of Sealbooks that you can create after defeating the required enemy so it’s a good idea to be diverse and see what works out best for your play style.

I’ve played several first-person dungeon titles like Dungeon Travelers 2 this year and the level design aspect of these games have been pretty much the same; nothing but corridors and rooms. However of the ones that I’ve played so far Dungeon Travelers 2 had a few things that I liked more than the others. For instance the multiple floor system where you might fall through the floor and have to make your way back up to where you were. There is also the outdoor stage that you find a chapter or two in that is a welcome change. It’s not the first outdoor map I’ve played this year but it certainly is the nicest. The way the foliage isn’t boxy looking and the sound of leaves rustling when you pass through a “door” on the map is quite nice. It even has a moving skybox so it doesn’t feel like you’re are in a building. 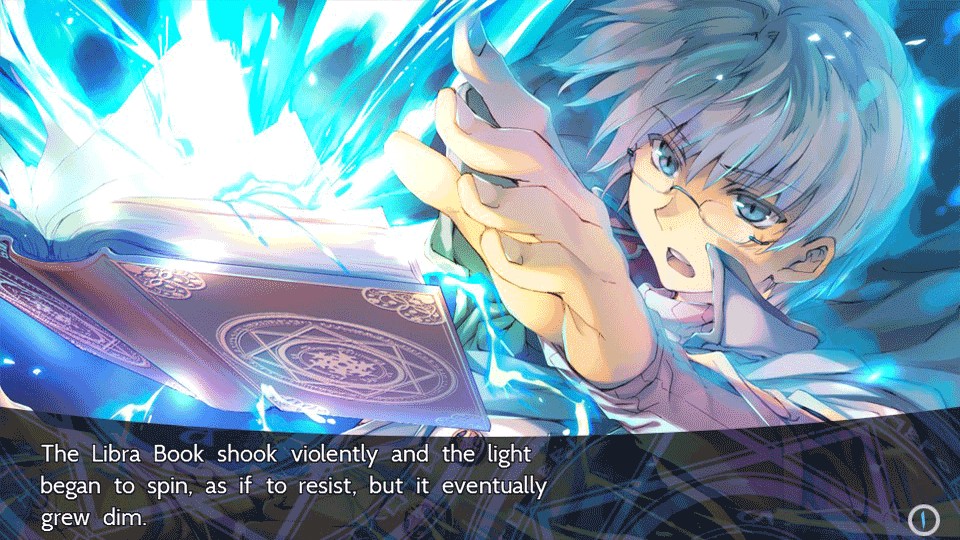 In the above case sound really adds to the experience and Dungeon Travelers 2 does it well. Both the sound effects and music are good without becoming annoying though I have to say that during a lot of key moments in the game headphones are a must, especially if you play this out in public, yup still awkward though due to the situations that play out. Dungeon Travelers 2’s voice track is completely in Japanese, with English subtitles, which for me is perfectly fine, so get ready for a lot of reading. Though reading and experiencing all the fourth wall moments is well worth it.

So after my somewhat awkward experience with Dungeon Travelers 2, I have to say that I actually enjoyed my time with it. If you can get past the huge fan service there is a pretty competent RPG underneath. The early hours of the game do take a bit of persistence to get through, but the game really opens up after you start gaining new party members and leveling up. So if you don’t mind a bit of umm…Japanese quirkiness then check out Dungeon Travelers 2: The Royal Library and the Monster Seal for the PlayStation Vita. 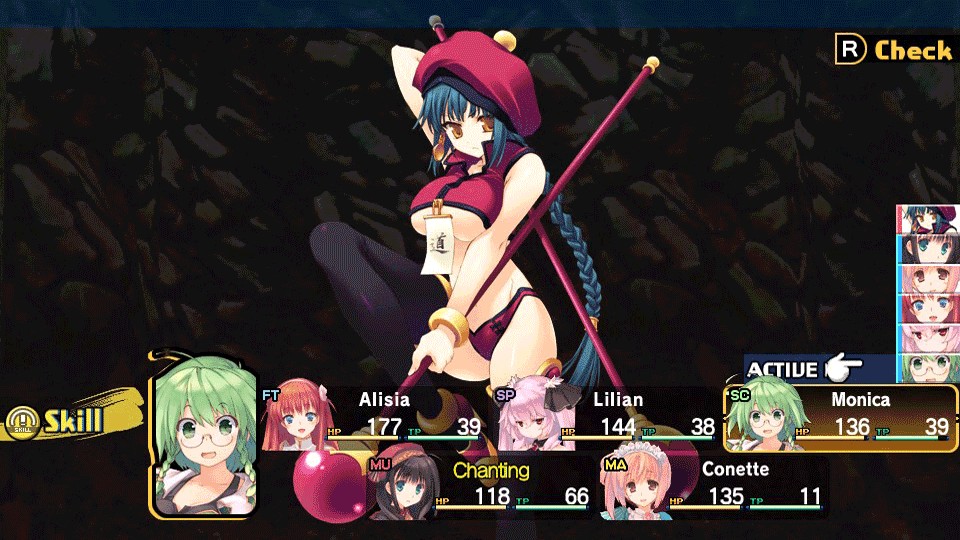 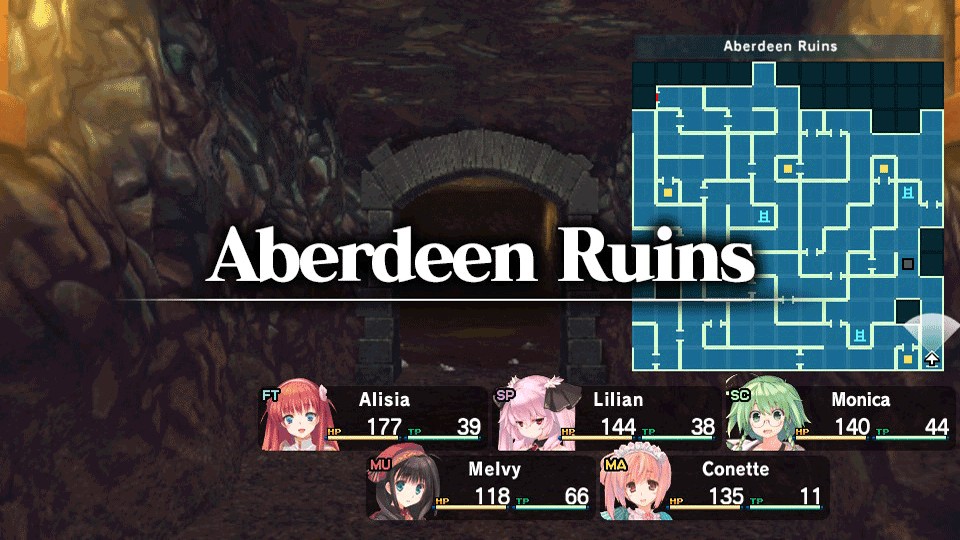 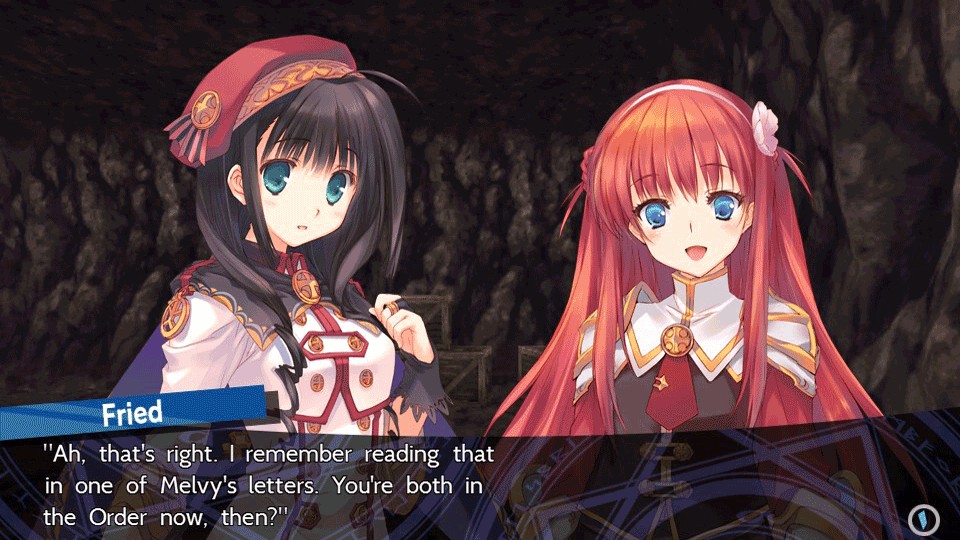