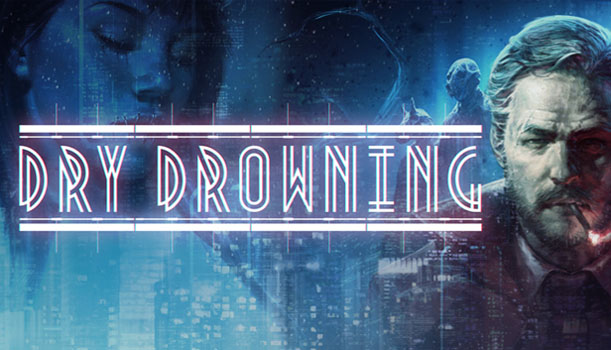 It wouldn’t be with a noir detective story without a little rain though as the opening cutscene of Dry Drowning says that a man will drown even in a spoonful of water. Somewhere between Philip Marlowe and Blade Runner, you’ll come across the troubled partners of private eye Mordred Foley and Hera Kairis in this visual novel adventure.

You’ll soon find out that Mordred and Hera were involved with the arrest and executions of two innocents prior to the opening act when hunting a serial killer. Even after being acquitted they still have to makes ends meet and when you’re one of the most hated people in the city that’s a tall order. When prospects seem low you’re contacted by the aide to a man currently suspected of committing a recent murder. Come to find out your services are wanted to clear a man that is the leader of a xenophobic group which is one of several dilemmas that you’ll encounter in this point and click style visual novel. 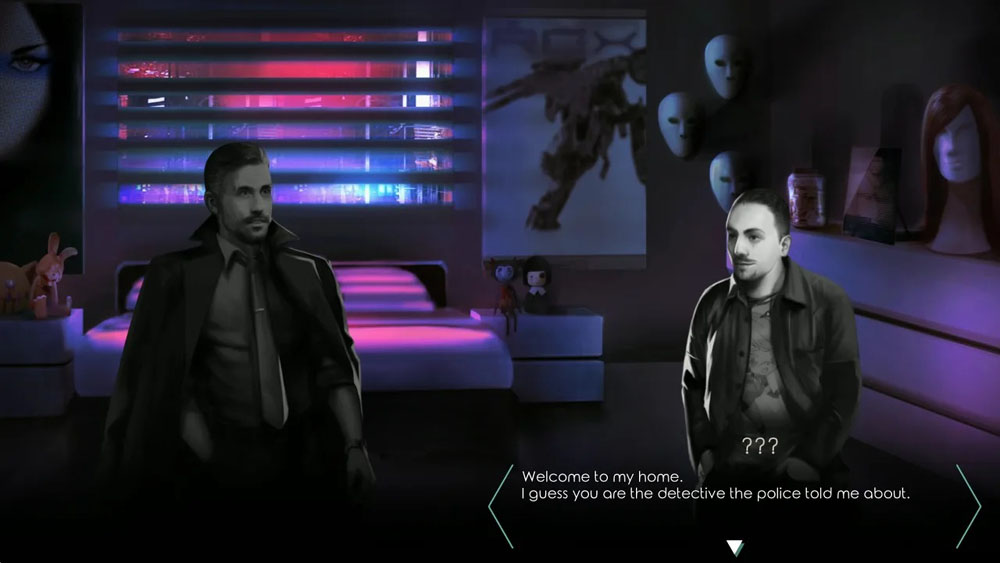 Set in the corrupted city of Nova Polemos, you’ll ultimately find yourself traveling around the moody dystopian cyberpunk world attempting to stop the workings of a Greek obsessed serial killer named Pandora. Mordred’s character fills the role of the tough detective who’s plagued by his past and worried about his future. He’s not shy about bringing up the fact that the group doesn’t like his partner’s presence even before he agrees to take the case. As a foreign idealist who moved to Nova Polemos before the violence, Hera is your angel on your shoulder trying to temper your aggressive style of investigation. This includes making it known that aiding this group is a bad idea and that you can survive without their help.

It’s the choices that’ll you make along the way that will affect not only the story but HOW you actually progress through it. The game states there are no right or wrong choices just ones that you/Mordred have to live with the consequences for. I enjoy games that don’t make solutions so polarizing but rather different shades of grey as they tell something about the player. It does however open up more replay value as it’ll take about 5 hours or so to get through a single playthrough. 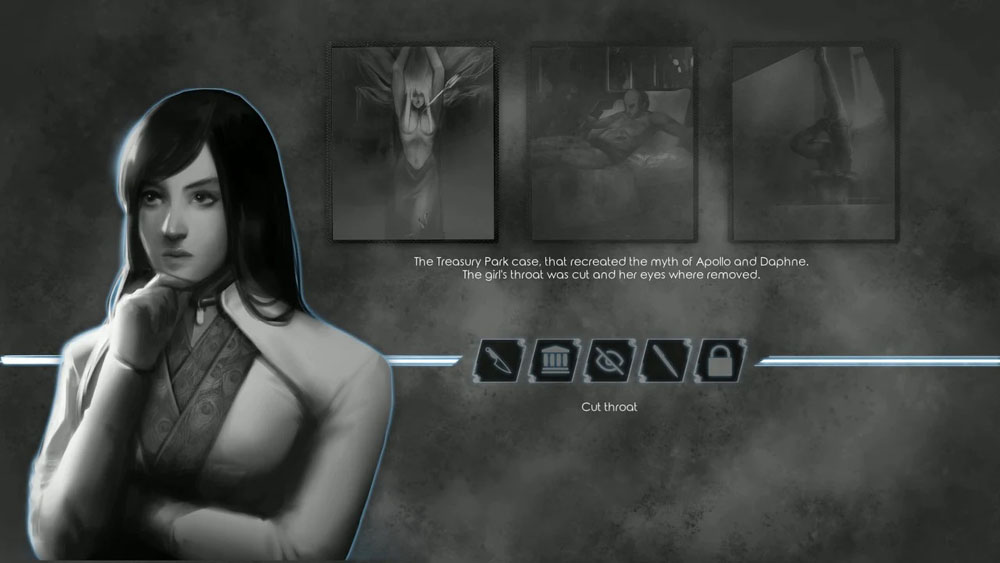 The bulk of this adventure is done through point-and-click interactions in the various locales including crime scenes. Since this is the technically-advanced future crime scenes can be viewed by holographic means which is a nice visual effect. The user interface is actually pretty easy to use though the thematic coloring of AquaOS can be a bit hard to read in TV mode at times due to the small text. The goal is to discover every piece of evidence or element of a given situation to continue your process toward the interrogation sections.

In an interesting take these interrogations are “Living Nightmares” where you present evidence to counteract the statements given by guilty individuals. Mordred himself is haunted by the masks of the lying which is where the nightmare aspect comes in. You only have three errors when interrogating a suspect before you get hit with a Game Over though revisiting the dialogue from the beginning allows you to retrace your choices. The goal is to select the correct evidence at the appropriate time the first time to proceed. 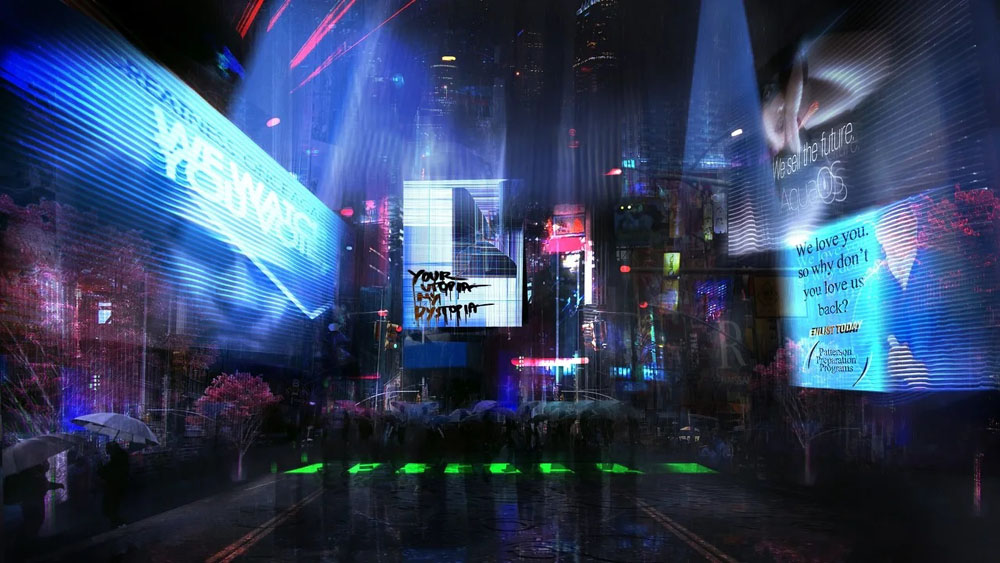 With any visual novel you’re going to doing a lot of dialogue reading so it’s nice that Dry Drowning features a unique puzzle in each chapter to break up the pace of long speech sections. Comparing different crime scenes is but one example of what you’ll get to do. Visually I really enjoyed the blend of noir, neon and colored backgrounds that make up this adventure. There isn’t a lot in the way of spoken dialogue outside of the introduction but it does set the tone nicely for the mood of Dry Drowning. The music and sound design is pretty good in lieu of no spoken dialogue and sets the atmosphere for this detective story well. I loved the piano tracks right from the start with Hera’s playing.

I have to say that I love the narrative and mystery that is present in the story. As a fan of detective stories I was already drawn in by the premise but the addition of meaningful choices that change the outcome of our main character was unexpected but welcome. The choice of colors on the UI is perhaps the only real issue that I had with the experience despite the lack of spoken dialogue. Despite these the story was enjoyable and the characters were memorable to make the adventure worthwhile. If you like futuristic dystopian worlds and noir detective stories then you have to check out Dry Drowning for the Nintendo Switch.