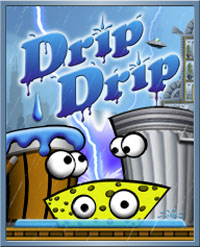 There’s really no other game quite like it, and Drip Drip is well worth picking up.

There’s a storm a brewing, and every living being is faced with a singular terrible threat: A leaky roof. Drip Drip from Imminent Games puts you in the shoes of an elite drip collector of the Disaster Response Team. In this game, you journey across the USA to protect homes, casinos, and other buildings from catastrophic water damage. Your tools are pans, kettles, and other time-honored tools for fighting the leaky roof threat, and you are the only thing that stands between these buildings and total collapse.

I wasn’t sure what I was getting into with Drip Drip, but it’s a fun, fast-paced experience you can pick up and put down whenever you want. The game takes place across 24 different levels, each containing a building you need to make sure survives the storm. Each level has a clock that ticks up, and you just need to survive until the end. The building starts off with a few leaks in the roof from which water drips. Once there’s a heavy puddle on one floor, it’ll start seeping through it and spilling down through to the floor below. Water will keep pouring down until it ends up in the basement. If the basement completely floods, the building comes down and you lose. Oh, and if a heavy puddle is left alone for too long as water keeps pouring onto it, the floor will weaken and might collapse entirely, creating a hole that water can just pour directly through. If too much of the building collapses, the whole thing comes tumbling down and you lose.

Thankfully, you’ve got a good variety of tools to tackle this. You start each level off with some cash and an object bar at the bottom of the screen. When you begin, you just have a pan, a hammer, and a broom. To use an object, just click on the icon on the bar, then click on a spot in the house you want it to go to. The object’s cost will be taken out of your cash, and a living cartoon version of that object will enter the house through a door and make its way over there. Pans collect drips of water, hammers fix disasters like broken floors and pipes, and brooms sweep away debris when the floor above collapses. Once placed, these little guys can be repositioned, so you don’t have to keep repurchasing them, but they take some time to travel around. On top of that, pans (and other drip collectors) can’t travel across a broken floor or past debris. Only brooms and hammers can do that, so you need to deal with those as soon as they pop up. 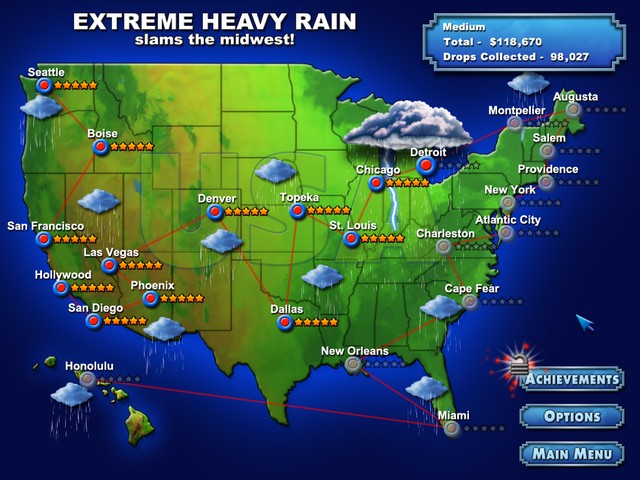 Drip collectors also have a limit to how much water they can hold. Once they start to get full, you need to empty them out, or they’ll start to overflow. To do that, just click on them, then click on a window. They’ll hop over to the window and dump that water out, then go back to collecting drips from the spot they were at before. When they dump the water out, you get cash, but there’s an extra bit of strategy here. The closer they are to being full, the more cash you get. You need to strike a balance between maximum profit and being able to split your attention across all the objects in the building to catch them before they overflow.

As you advance through the levels, more objects are made available to you in addition to these basic types. You get drip collectors that can hold much more water, such as barrels or trash cans, but there are other cool objects. Sponges, for example, can soak up water that’s already on the floor in addition to functioning as a drip collector. The wizard hat learns a variety of spells that will cost you money to cast, but can perform effects like automatically emptying out every drip collector near it, or enhancing the amount of cash you get for emptying out water. The sump pump is the only object that can interact with the basement, sucking water out of it after it’s already passed all of your other defenses (although it can only remove so much water before it has to be replaced). The sponge happens to be my personal favorite of these. When you send a drip collector to dump water out a window, water’s still dripping, and some will still get on the floor. It might not start off being large enough to start going down to the next floor, but it adds up. Sponges can keep things nice and dry.

As you use an object of a particular type more, they level up and become better. Drip collectors can carry more water or get more cash for dumping water out the windows, the sump pump can pump more water out of the basement before it has to be replaced, etc. Objects in general get faster as they level up. It’s a cool system that encourages you to use objects that you might not normally use. The only issue I have with this is with the drip collectors. You typically get new drip collectors before you can fully level the previous one, so there’s no reason to use the old one once you get access to the new ones. Sure, a trash can costs more than a pan, but you aren’t hurting for money at the start of a level if you only buy drip collectors and sponges, and those things turn a profit quickly. It doesn’t significantly negatively impact play, but I quickly found myself completely ignoring the early game drip collectors. 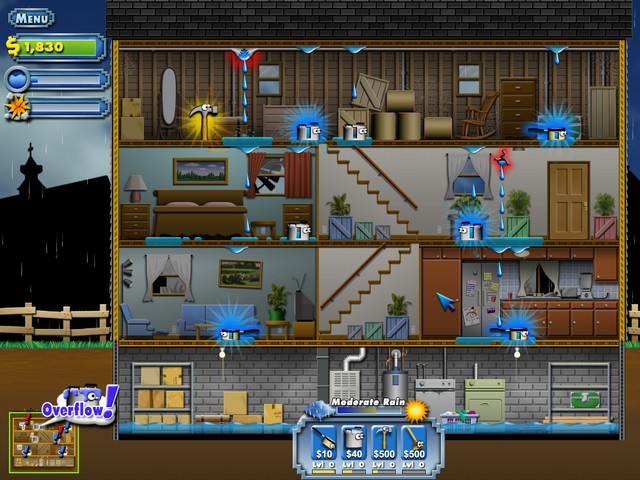 The rain isn’t the only hazard facing you. Ghosts and UFOs will sometimes swing by a building and try to take away an object. To rescue the object, just move it away, and the ghosts and UFOs will give up. Lightning will strike places in the buildings sometimes and destroy whatever objects they hit. When you see a spark indicating where lightning will strike, just move your objects away and wait for the lightning to hit. Sometimes a witch doctor mask will show up and start doing a rain dance. If it completes it, the rain will get much worse. To drive it away, you need to move a broom to sweep it on its way. I’m not really a fan of these. They break up the game a bit, but they’re really out of theme, and they add little to the game aside from the need to briefly move a piece out of the way. Sometimes, pipes will break, and this event, I do like. You send a hammer to fix the pipe, and you need a drip collector to deal with the sudden stream of water. It flows naturally from how the rest of the game plays and feels like a natural extension of the game.

The graphics are clean and the colors are bright. It’s nothing special, but I do wish the objects had a little more style to them instead of just having googly eyes stuck onto standard household objects. The sound design, on the other hand, is phenomenal. The graphics look cartoony, but the sound feels like an actual rainstorm, which is one of my favorite sounds. While playing the game at night, I sometimes had to mute it for a couple seconds just to make sure it wasn’t actually raining. The sound is that good, and it pulls you into the game like nothing else.

In spite of a few issues noted with the events, the gameplay is solid. While the special events are out of theme and don’t add anything to the game, they don’t obstruct your play a whole lot either. Even if an object gets taken away or exploded by lightning, you might not notice with everything else you need to keep your eye on, and you just send a new object on its merry way to perform the old one’s job. It’s a minor annoyance at worst. The moment to moment play is absorbing, and at $10, it’s a bargain. There’s really no other game quite like it, and Drip Drip is well worth picking up. 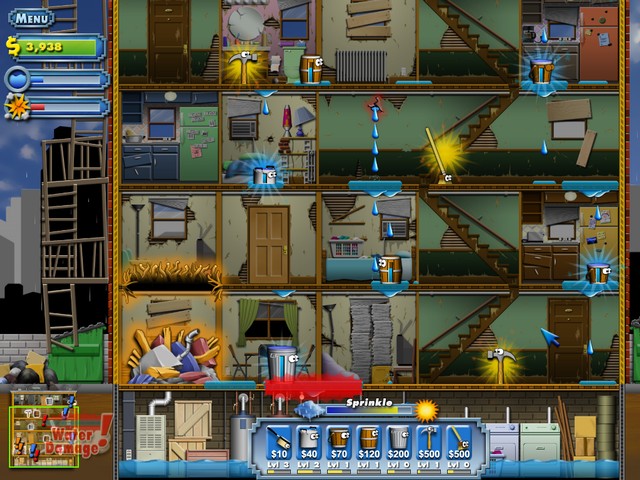 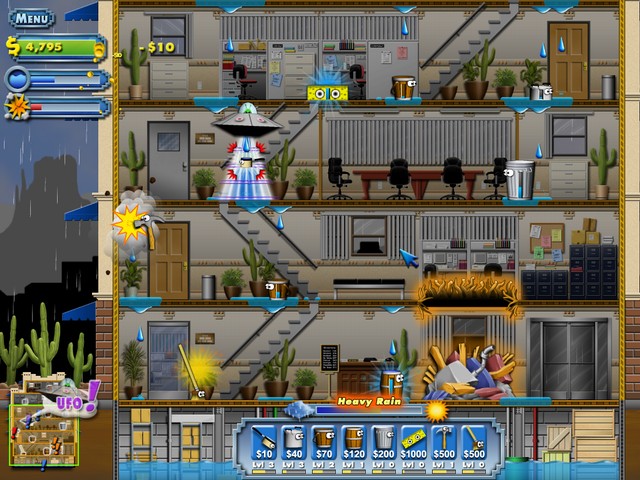 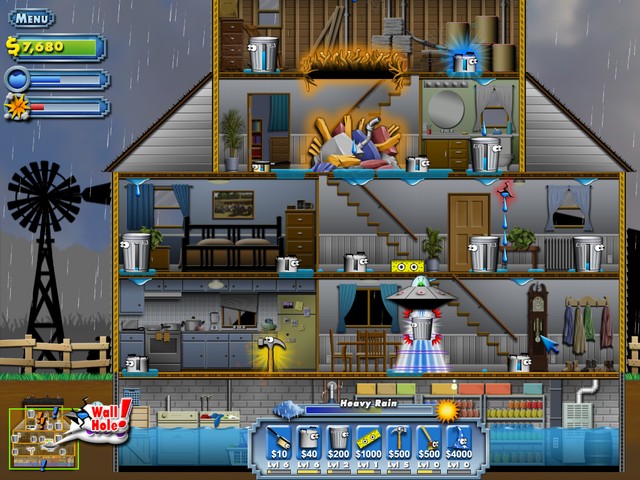 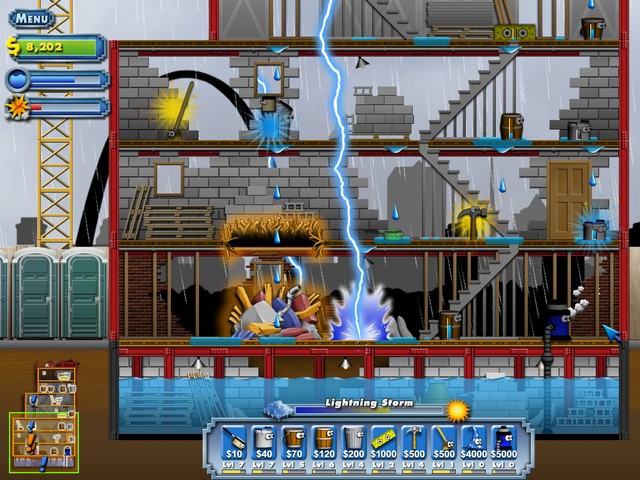 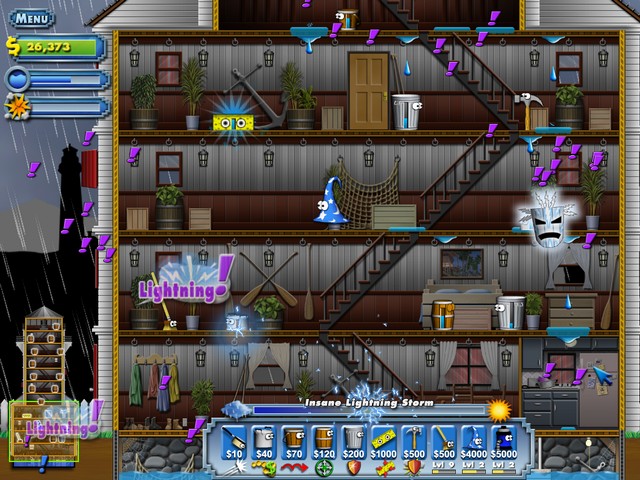 1
1137
The Walking Dead: Saints & Sinners Review – Oculus Quest
2
982
Take to the Skies and Choose a Side in the New Trailer for Next Generation Air Com...
3
982
CRASH BANDICOOT 4: IT’S ABOUT TIME IS AVAILABLE NOW
4
982
Frictional Games Shows Off First Gameplay Footage of Amnesia: Rebirth
5
982
Join the Galaxy’s Finest as Star Wars™: Squadrons Soars Into Homes Today
6
982
The Falconeer First-Look Preview – PC
7
982
Metamorphosis is 33% Off on Steam!
8
982
Werewolf: The Apocalypse – Heart of the Forest launches on October the 13th
9
982
Synth Riders Celebrates Anniversary with a Month Full of Treats and an Oculus Ques...
10
982
Worm Jazz Review – PC
All Original Content on Game Chronicles is Copyright (c) 2002-2020
Sinjin Solves Walkthroughs Copyright (c) 1996-2020 by Mark Smith