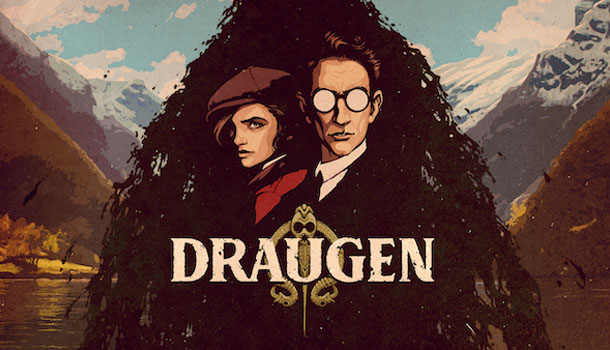 A significant and culturally relevant indie adventure for those seeking a compelling narrative with minimal gameplay.

Draugen finds its niche in the gaming world much like an independent foreign film finds its way into an indie art house theater. Red Thread Games, with the support from the Norwegian Film Institute, has crafted a wonderful adventure experience that engages and entertains players with some relaxing exploration and narrative discovery. I will caution those interested that this is more interactive novel than a true adventure game.   There are no puzzles, and aside from walking around and interacting with a few objects and doing a lot of reading and listening, this is a fairly passive experience.  Give this limited approach to interactivity and the unique first-person POV this is prime material for a virtual reality adaptation and a game I would readily replay in VR.

Kudos to the design team for the informative pop-up descriptions for the various settings and options that made it easy to know what each setting would do. I was a bit dismayed that the game only offered three resolution options and none of them higher than 1080p. The game still looks gorgeous but I can only wonder what it might look like in 4K. The game does support super-sampling, so you can drive the resolution higher than 1080p, which only made the omission of native support that much more puzzling.   Of particular note is the 1923 Mode that filters the game in such a way that the entire experience is in black and white with added film grain and dirt and dust specs flicking about the screen. It’s a cool effect for something like a flashback sequence but gets pretty annoying if you try to play the entire game that way. Besides, the colors and lighting are so beautiful, which made it odd that 1923 Mode is turned on by default. 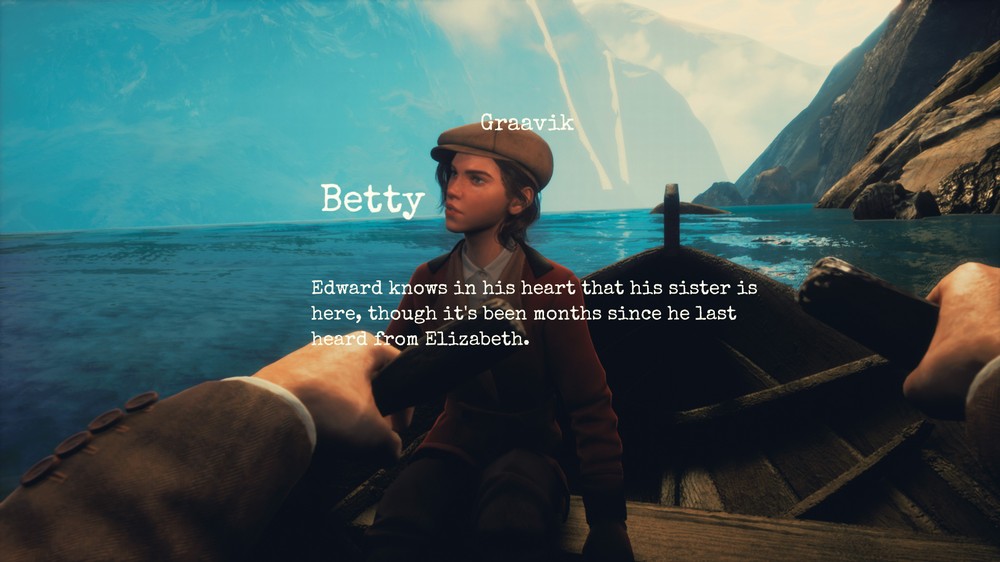 The adventure opens with Edward and Alice rowing across the Fjord to Graavik, a solitary coastal community in search of Edward’s sister, Betty. It’s been a long trip from Boston to Norway but Edward’s companion, Alice keeps things lively with nonstop banter and whimsical antics. Your interactions with Lissie are fueled by a unique dialogue tree that lets you preview the reasoning behind your responses before actually choosing one. This same structure of informed choice also applies to interacting with the environment, and it’s a refreshing change from other similar adventure games where results don’t always match your intent.

Upon arriving at the coastal mining community Edward and Alice find the place deserted; even the people they were supposed to meet and stay with have vanished. While Alice is determined to find out the fate of the villagers Edward becomes more obsessed with finding Elizabeth, especially when he starts finding a trail of her favorite clothing seemingly left behind as a trail of clues. What starts off as a missing person adventure quickly spins into a murder mystery when clues about a young child’s death surface, and what’s with all those freshly dug graves up by the church? No spoilers here…you’ll have to play to find out. 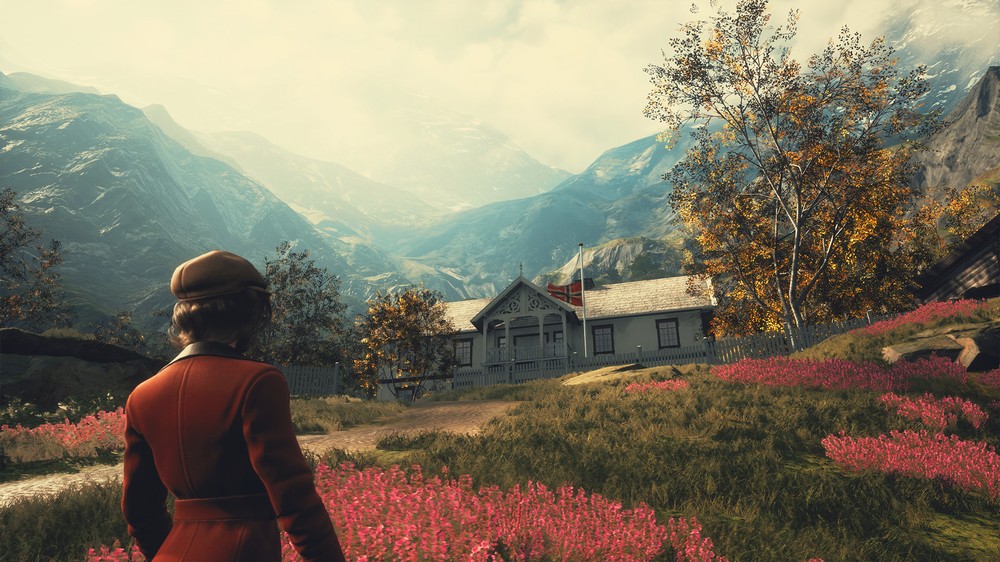 Draugen comes with a fine pedigree. The thrilling, haunting, and sometimes relaxing soundtrack comes from Simon Pool, (Dreamfall, The Secret World, The Park, Dreamfall Chapters), and is sold separately or as part of the Collector’s Edition.   The engaging story was written by Ragnar Tørnquist (The Longest Journey, Dreamfall, The Secret World, Dreamfall Chapters), and gameplay was designed and developed by the team behind Dreamfall Chapters, so if you are a fan of any or all of those games you kind of know what you are in for stylistically, only Draugen, as previously mentioned, is devoid of any true adventure game elements found in those other great adventure titles.

I find the term “walking simulator” to be fairly dismissive because many great games like Gone Home, Edith Finch, and Ethan Carter get lumped into that genre, but Draugen fits that same genre. The entire three hour adventure is just you walking/running around looking at anything that triggers, reading anything with words, and having spirited conversations with Alice. There are scattered points where you can rest and even draw sketches for your notebook that keeps a log of your documents and a large map of the village, but there are no hidden items or collectibles and no puzzles or even an inventory to fuss over. 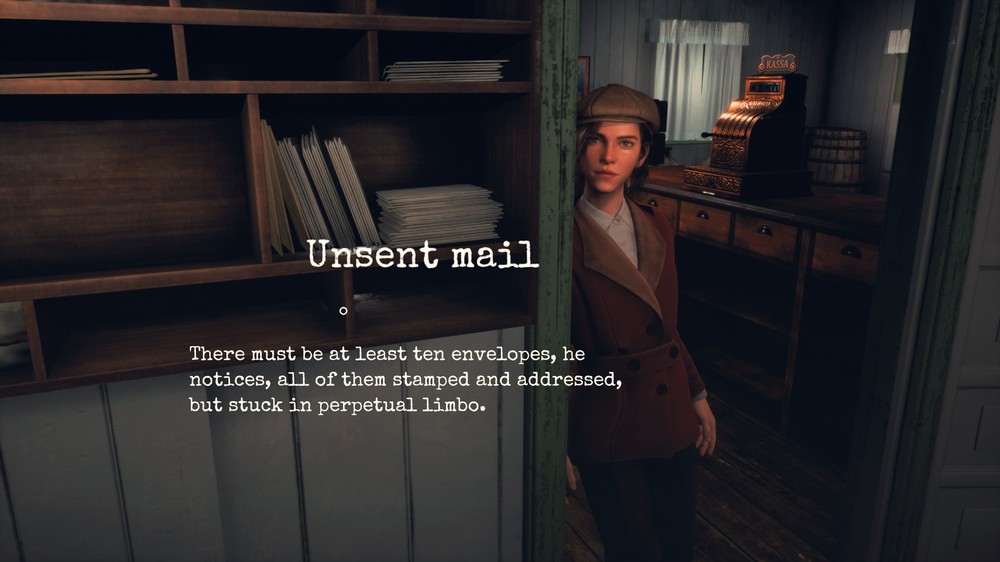 Draugen ran effortlessly on my PC, which was insanely overpowered given the recommended specs, but even modest PC’s will have no trouble running this game at high or ultra settings at 1080p. The draw distance is long and there is no pop-up. Textures are awesome, especially the trees with no aliasing issues around the leaves, and there are cool lighting and shadow effects and even some weather effects like rain and fog. Interior locations are realistically decorated and while Draugen avoids that ultra-photo realism a lot of other games use, I appreciated the thematic art style used across all locations. The soundtrack is pure magic, the sound effects are excellent and the voice acting is some of the best I’ve heard. Skye Deva Bennett as Lissie is a pure delight and I want to hire her to just follow me around in real-life to motivate me and call me “old bean”.

As mentioned, the adventure only lasts three hours at most and can be finished in a single session. There are plenty of awesome reveals and some crazy Shyamalan twists near the end and even a hint at a potential sequel for Alice and Edward. Given the short run-time, limited gameplay, crazy plot-twists, and no other reason to replay Draugen after the first pass, $20 is a tough asking price for casual gamers, but anyone looking for an authentic Norwegian flavored interactive drama full of wonderful locations and scenery and engaging mystery and suspense will find three hours of pure entertainment with Draugen. 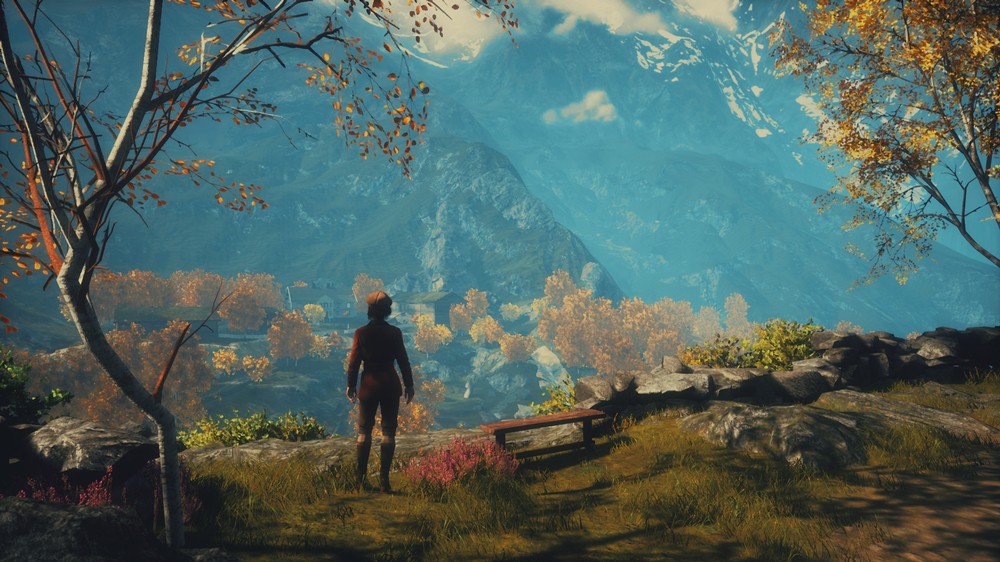 1
880
The Walking Dead: Saints & Sinners Review – Oculus Quest
2
751
CRASH BANDICOOT 4: IT’S ABOUT TIME IS AVAILABLE NOW
3
751
Join the Galaxy’s Finest as Star Wars™: Squadrons Soars Into Homes Today
4
751
The Falconeer First-Look Preview – PC
5
751
Metamorphosis is 33% Off on Steam!
6
751
Werewolf: The Apocalypse – Heart of the Forest launches on October the 13th
7
751
Synth Riders Celebrates Anniversary with a Month Full of Treats and an Oculus Ques...
8
751
Worm Jazz Review – PC
9
751
Take to the Skies and Choose a Side in the New Trailer for Next Generation Air Com...
10
750
Frictional Games Shows Off First Gameplay Footage of Amnesia: Rebirth
All Original Content on Game Chronicles is Copyright (c) 2002-2020
Sinjin Solves Walkthroughs Copyright (c) 1996-2020 by Mark Smith