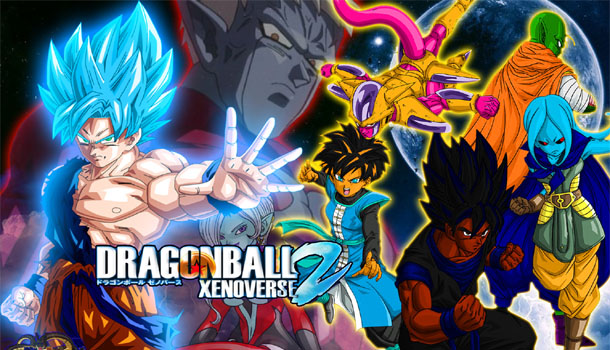 Dragon Ball has been around for quite a long time; at this point it’s been 32 years since it was released as a manga and has since gone to become an anime and videogame hit in the fighting genre specifically with the original “Dragon Ball Z: Budokai” series on PS2. Dragon Ball Xenoverse 2 is the sequel to 2015 release of Dragon Ball Xenoverse and it builds on the original formulae used by developer DIMPS. The basic mechanics are still around including the main plot of the Time Patrol. If you have ever thought about any “what if?” scenarios that’s basically what the whole main plot of the game is, coupled with some original bad guys from the first game. What if Raditz had dodged Piccolo’s special beam cannon, who could beat him? What if Ginyu had taken Vegeta’s body instead of Goku? The original game introduced us to these scenarios and with Xenoverse 2 we get the added terror of enemies from Dragon Ball Z movies such as Lord Slug, Turles and even Broly joining the fray in fights they were never even a part of.

You begin the game by using the character creator and choosing one of five races from which you can choose the gender of three of them. The character creation not only lets you choose the basics such as body type, height, face, eyes pupils and so on but actually affects your character’s stats and transformation abilities. Not every character can use the same abilities. Certain races will be locked out of skills. Imagine if Majin Buu went super saiyan 3, that would just be silly, and terrifying. If you played the original Xenoverse you sadly do not have the ability to import your character or skills from the previous game, so we are all starting over from scratch. Later on you do get an option to import your character but he or she will only be used as the hero template from the original game’s story and will show up during the story at certain times, albeit as the strong silent type. 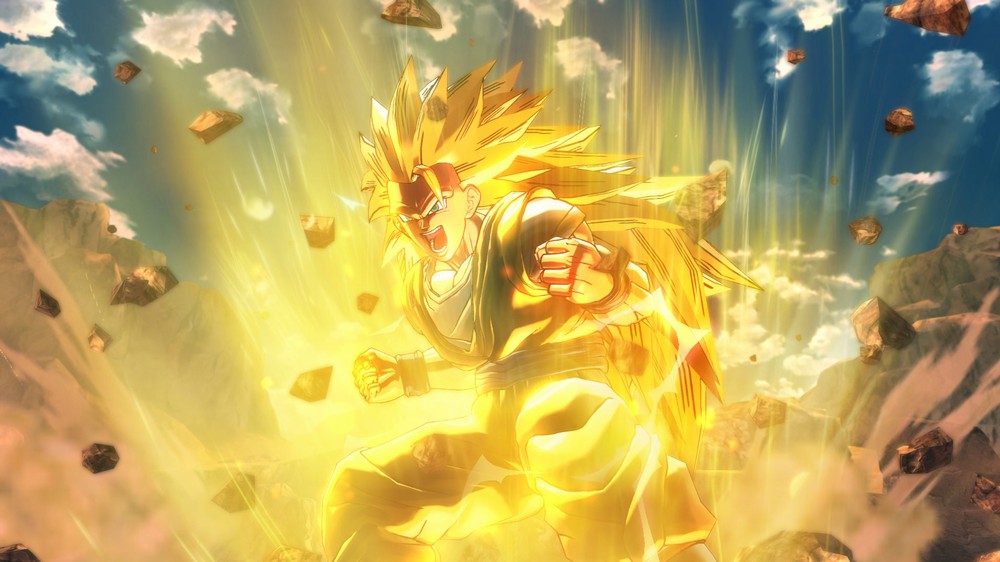 Xenoverse 2 looks great; the cel-shading they use for the characters is amazing, definitely an improvement from the Budokai series and the clips they play should be part of the anime considering how high quality they are. As a Dragon Ball Z game you know there are going to be outrageous abilities and the detail for them is spot on; abilities such as the Kamehameha look exactly as you would think it should and even abilities we’ve never seen before make sense in how they look. While the graphics look good I have an issue with their dubbing, I can ignore the fact that we couldn’t get the original English voices, but when I see a character’s lips keep moving after they have finished talking, that bothers me, and it happens often enough that I don’t even focus on their faces anymore so that I don’t ruin the experience.

A major improvement that I have noticed is a the online experience. I have not had a single issue with connecting or staying connected since I began playing the game which was a huge issue in the original Xenoverse. Load times on the other hand were still as lengthy as ever at launch but since October 31st a new patch has given us better loading times and the player base couldn’t be happier. While on the subject of online experience you have the option to play the game in a single lobby where other player characters will just show up as NPCs and give you standard conversation options and some small quests, usually for cosmetic items or Multi-lobby where you will see other players moving about the city and are able to interact with them fully to engage in 1v1 battles or link up for co-op missions. You have to be connected to the internet and as far as I could tell, also be in multi-lobby to also take part in the “World Tournament”; an in-game tournament where you are ranked on your performance in matches against other players and receive prizes based on rank. 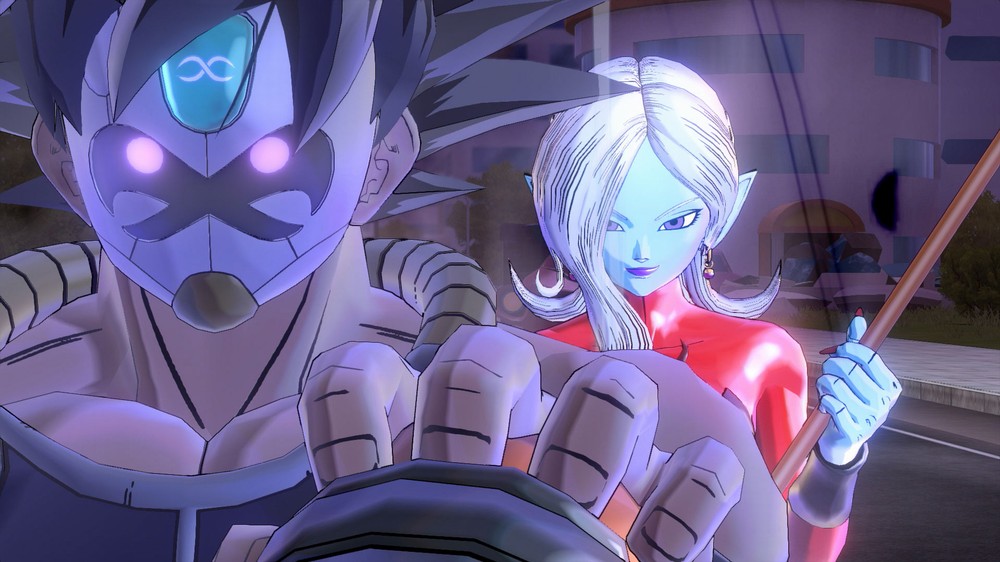 The bulk of your time will be spent in the new hub called Conton City, an upgrade over the original Toki Toki city, which can hold up to 300 players simultaneously. Many of the online features discussed earlier are accessed in this city by simply walking up to the correct building and speaking to the attendant robot who will start the matchmaking or let you choose the quest you want to embark on. It’s certainly a sight to see so many people running and flying around in true Dragon Ball Z fashion. The flying takes some work to unlock but we are given a nifty little hover board to help us navigate the city until we gain our flight license.

At any point in time you can go and inspect any of the citizens of Conton City and see what they have allocated your points into, their outfit as well as what skills they currently have equipped at the moment. It’s a nice way to see how others are customizing their characters, as it might come in handy if you ever have to fight them during a mission or the world tournament. While you can do so much, when it comes to online battles and doing the “parallel world quests”, the what if scenarios as they are called, you certainly want to complete the story, as it really does a great job of finishing the original Xenoverse story and gives us some great scenes to watch in the meantime. 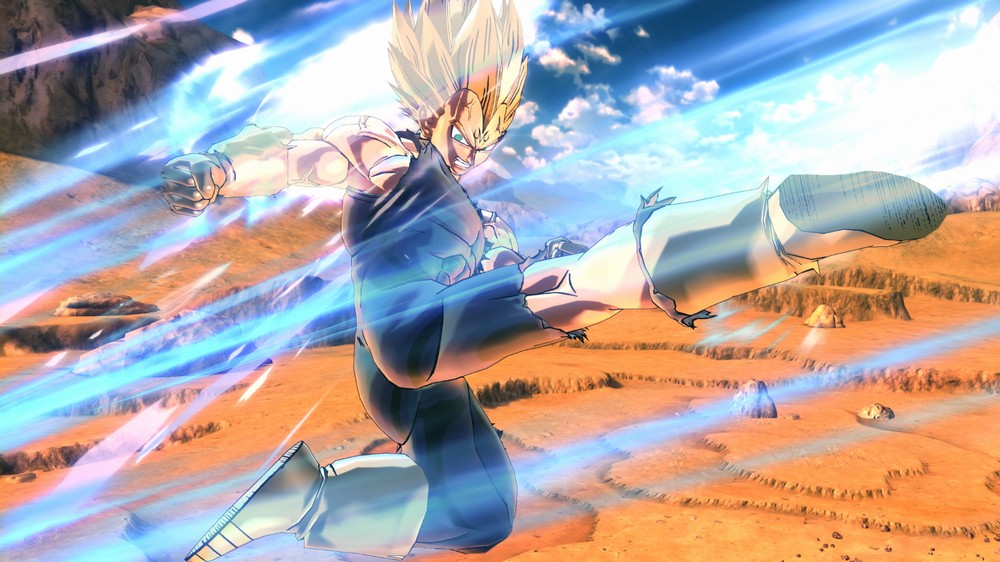 Dragon Ball Xenoverse 2 will continue to be the standard going forward in how I expect an Dragon Ball MMO should be. Giving you this much character customization, whether it be the races you can choose, the outfits or abilities, it’s not something I can just give up. If there ever comes a day a new series is released, it had better include all this and just make it even better. I can’t wait to see what sort of creations people will come up with.

DBZ Xenoverse 2 continues to get great support even after a crazy amount of DLC characters and abilities being released already. It just gets better with the release of Extra Pack 1 which can be purchased for $9.99 or come February 2018 you can get both Pack 1 and Pack 2 for $16.99. Extra Pack 1 is giving us access to Super Buu aka Maijin Buu (Gohan Absorbed), Tapion, Android 13 and Dabura. They will also include Zamasu as an instructor, four brand new costumes, five crazy parallel quests, an additional 13 new skills and eight new super souls.

My favorite addition so far is Tapion because while the other characters all kind of make sense in the canon. Tapion has always been in the background even though he really was the inspiration for trunks to pick up the sword in the future. Zamasu being an instructor is a strange addition considering he was already added in previous DLC. 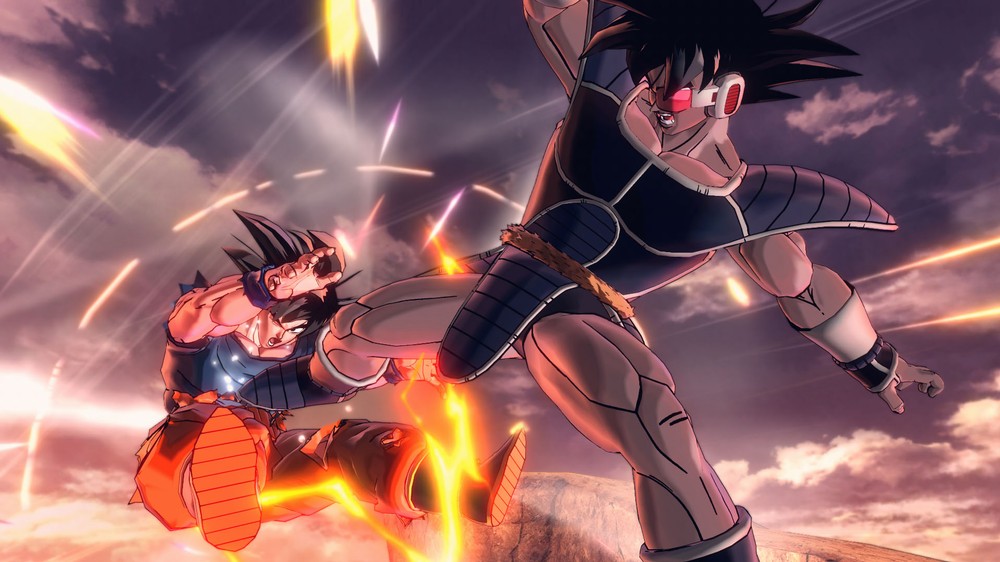 Some of the new parallel quests you can unlock are a match where you fight each of the Maijin Buu forms, another you are helping Dabura get energy to resurrect Maijin Buu and SURPRISE he betrays you and attempts to steal your energy! I really wish they had included Maijin Vegeta in some these fights since he was such a huge part of these stories but you can’t win them all. Of course with Tapion you get a ridiculous quest where you basically fight every big bad including Omega Shenron as he attempts to quell their dark energy to stop the resurrection of the ancient dragon demon within him.

All in all, this DLC paired with the free update that released on the same day has vastly improved a ton of skills and added some great new ones to change things up even more in the world of Xenoverse 2. Dimps and Bandai continue to impress me with how much content gets being added and with the next DLC supposedly bringing us Jiren and Ultra Instinct Goku it shows that they are not just adding content but relevant content and not just waiting till the next game to give us the goodies we want. 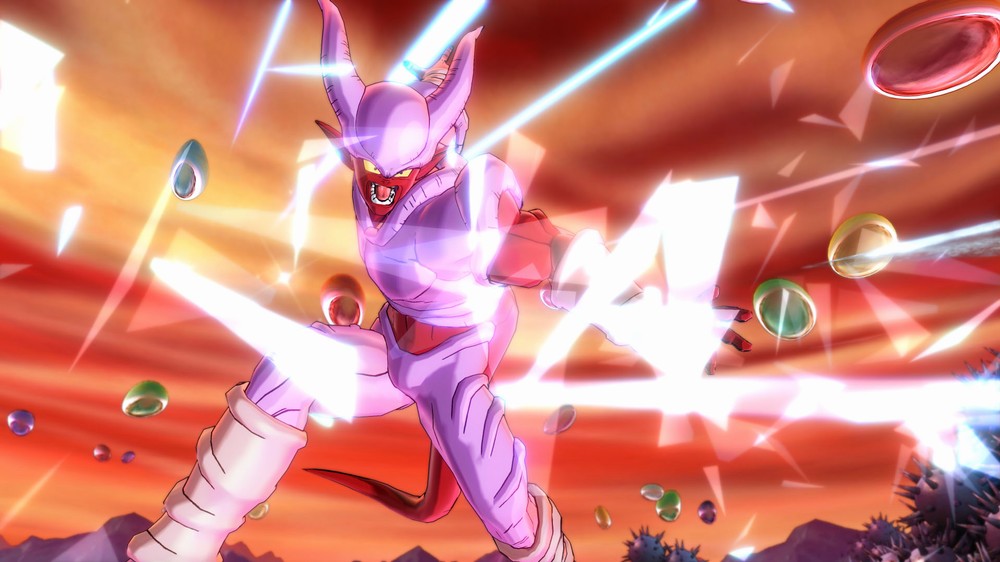 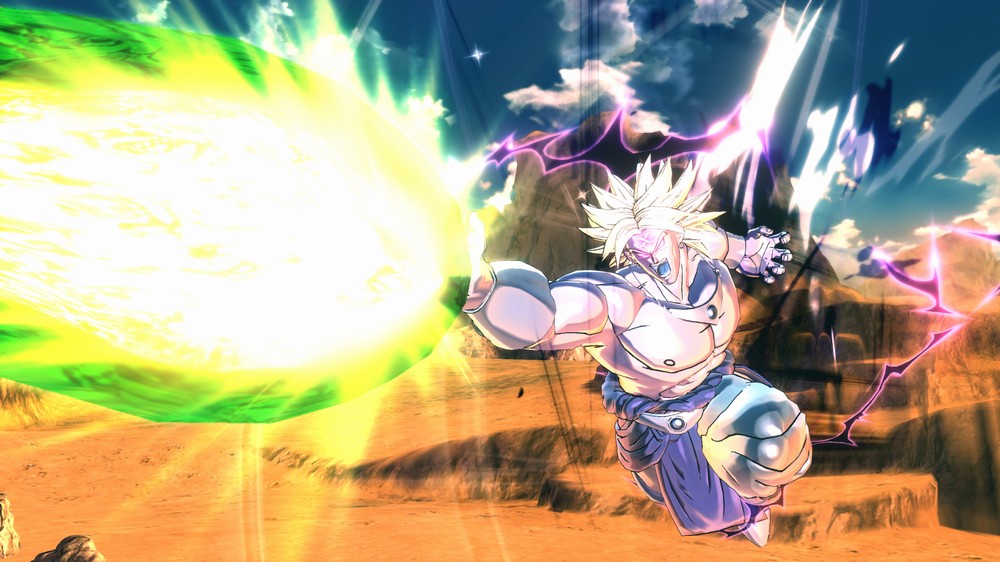 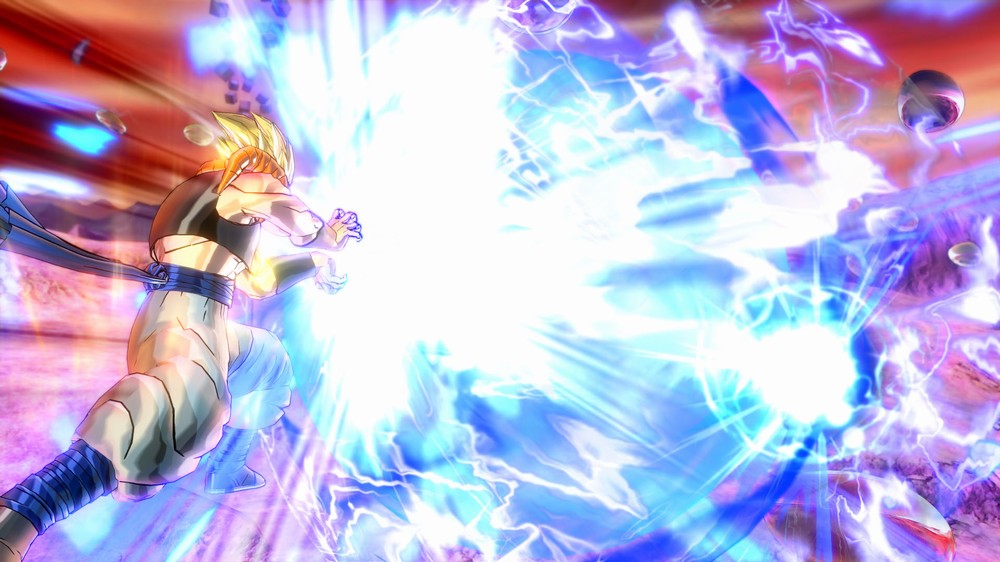 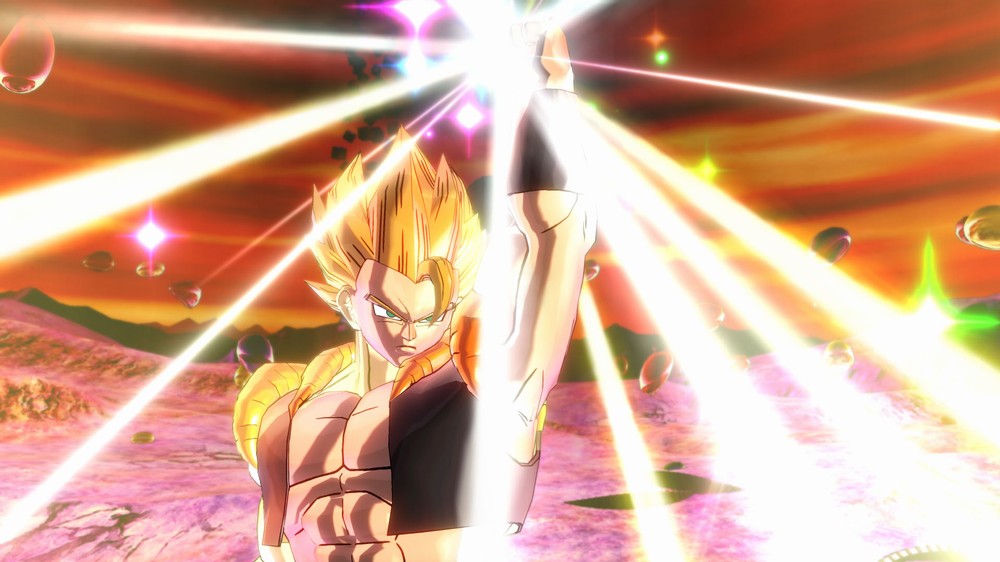