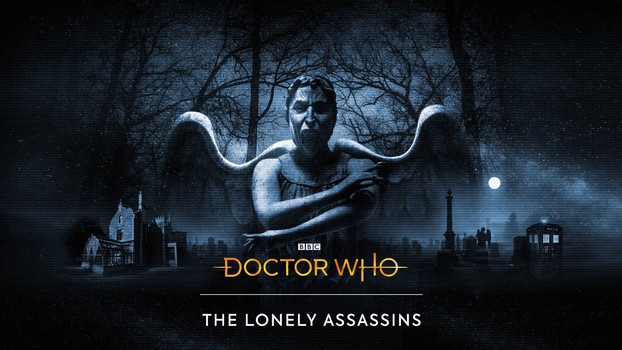 An average detective game and a disappointing use of the Doctor Who license.

I’m a big fan of Doctor Who…or at least I was.  Back in the 80’s it was a Sunday night tradition to gather around the TV and watch the Jon Pertwee and Tom Baker reruns, but after college I parted ways with the cult BBC series.  Since then I’ve revisited the Doctor in his/her various incarnations, usually the famed Christmas episodes or catching a random episode while channel surfing, but I never got back into it like the good old days.  Last year I reviewed The Edge of Time game for VR, and while that game did give me a cool look at the inside of the TARDIS it was lacking in nearly every other way, so when I heard there was another Doctor Who game coming I just had to check it out.

Doctor Who: The Lonely Assassins has just released to PC and mobile devices, and given the design and overall concept of the game you are better off playing it on something other than PC.  The whole premise of the game is that you find this phone and must scour its contents for clues to solve a big mystery and save the world.  The whole experience will definitely be more immersive on an actual phone or tablet since you are already interacting with such a device in the game using touch-based inputs.  I felt kind of ridiculous playing this on an 85” screen using a mouse. 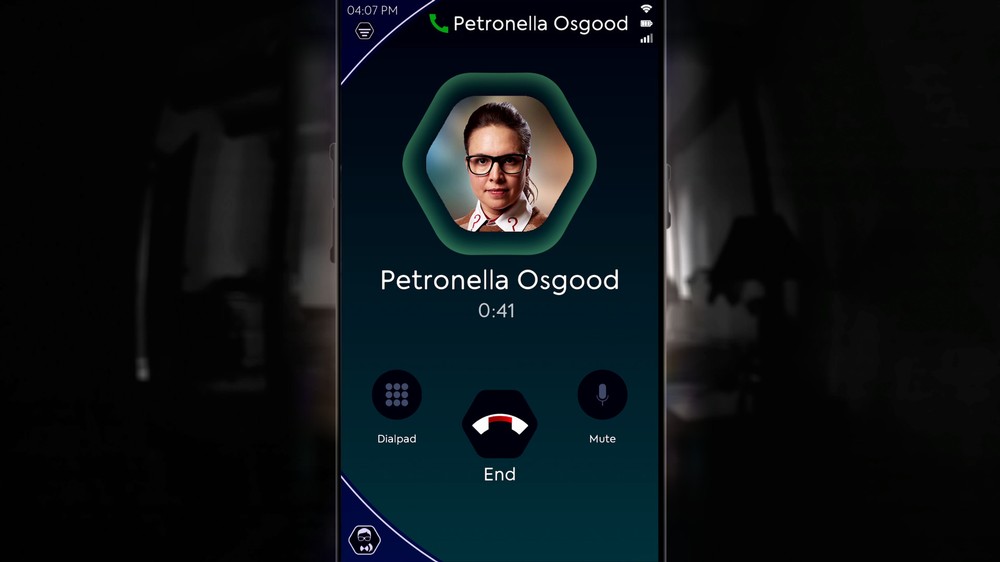 For those looking to be the next “companion” I’m sad to say the Doctor is almost entirely absent from his own game.  You’ll get one recorded message from a previous Doctor and a final congratulations message at the end from the new female Doctor actually voiced by Jodie Whittaker.  Other than that, a few collectible clues of the TARDIS, and some in-passing conversation with your handler, Petronella Osgood, and of course, the Weeping Angels, there just isn’t much Doctor Who in this Doctor Who game.  I was waiting for Jeff Goldblum to pop up anytime with, “Now eventually you do plan to have Doctor Who appear in your Doctor Who game, right?”

Almost immediately upon finding the phone you are in contact with Osgood, an ex-UNIT scientist who will work with you remotely, unlocking content on the phone in various stages, so you can read through emails and chats, view various photos and videos, and check out a few curated websites.  There’s not much gameplay involved; only thorough searching of every bit of content until the yellow analyzer icon lights up indicating you need to investigate something on the current screen by passing the cursor over it until the meter fills up unlocking a clue you can send to Osgood.  Send her all the clues and she will unlock more content and you do it all over again. 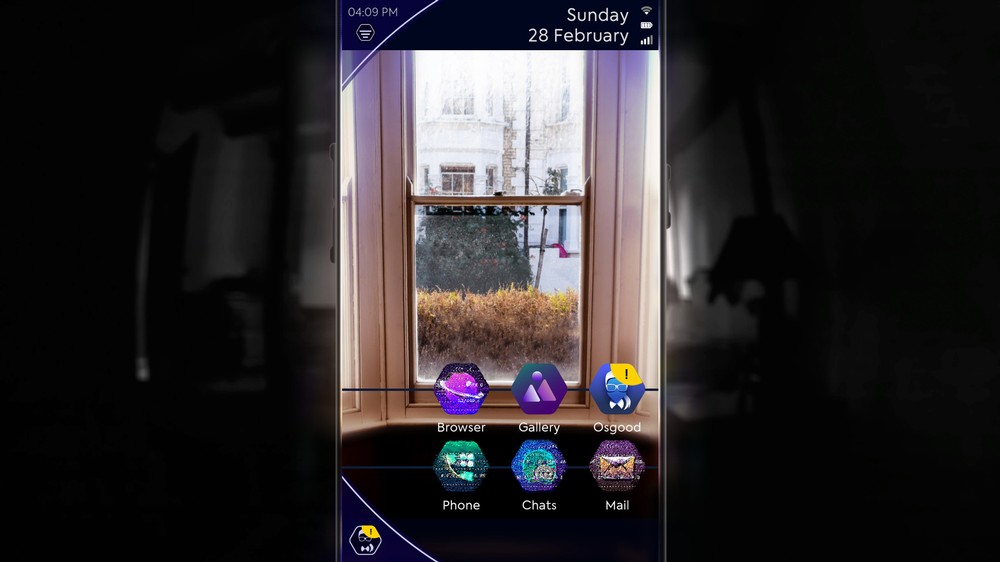 The pacing really drags on for the first 75% of the game until the Weeping Angels come into play.  I was lucky enough to have seen the episode, “Blink”, so I knew who these iconic villains were and was eager to pick up on their story, and I’ll admit it was a cool spin to have them haunting a phone.  There was just a lot of boring detective work you have to slog through before you get to the exciting stuff at the end, and none of it was particularly rewarding or challenging; mostly just exhausting clicking of every new data element as it unlocks.  The game isn’t very helpful either as far as logging useful info, so have a pen and paper handy to jot down phone numbers, 4-digit codes, and other bits of data you’ll stumble upon long before you need it.

Technically, Doctor Who: The Lonely Assassins is a solid experience with an intuitive interface anyone with a smartphone will feel at home using.  There is a handy to-do list icon that shows what still needs to be done in case you get stuck.  The audio is fine with some good voice acting for the video clips and phone calls, but be prepared to do a lot of texting complete with the ellipsis (…) while you wait for an answer to your choices of pre-prepared responses that don’t seem to matter. The theme song is back in all its glory, both at the beginning and the closing credits. 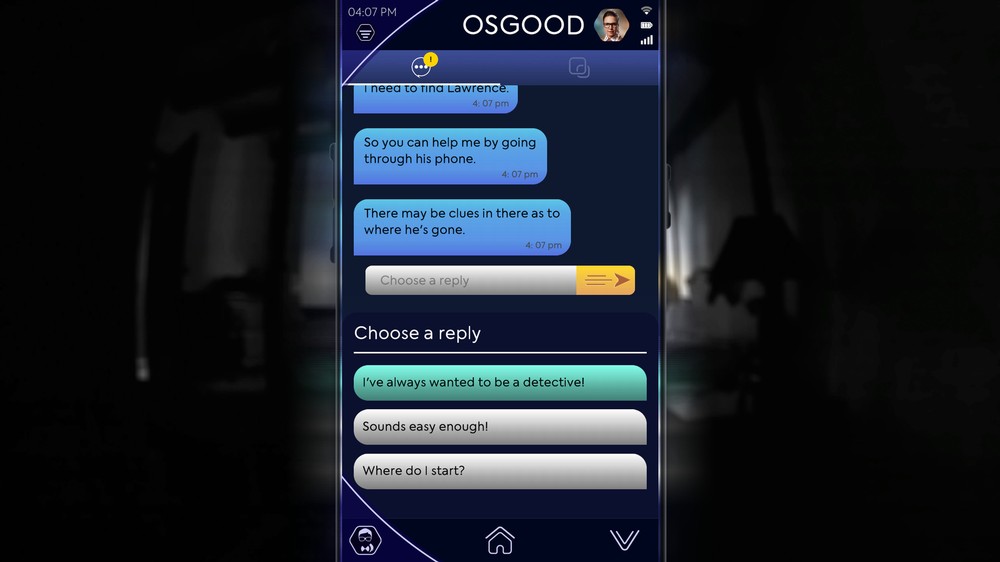 I have no problem with this gameplay design, and I feel that it would work on a wide variety of scenarios targeting a wide demographic, but sadly, Doctor Who just doesn’t fit; especially when the star of the show is only used to bait you into buying the game but never shows up in any tangible way.  It’s hard to be too critical on a $6 game that offers up three hours of moderately entertaining activities.  If you are a dedicated Doctor Who fan then you will certainly enjoy the extended story of the Weeping Angels, the TARDIS Easter Egg hunt, and any casual reference to the Doctor during conversations.  Casual or non-fans of the franchise will be totally lost when it comes to the lore but can still enjoy the detective work required to solve the mystery.

There are so many games like this and many do it better.  I remember games like Missing: Since January where you had to do actual Internet searches and email fictional characters to get clues, and Evidence: The Last Ritual, a game that actually came on a CDROM shipped in an FBI evidence bag.  You were immersed before you even installed it.  Everything in this game is highly focused and curated to tell a story with minimal effort on your part.    It’s just an average detective game and a disappointing use of the Doctor Who license.  If you do decide to play this I feel a tablet or phone will offer a more immersive experience, as there is just too much of a disconnect with having a phone on your monitor and having to work it with a mouse.  Doctor Who: The Lonely Assassins will certainly occupy you for one or two sittings but is ultimately forgettable and failed to renew my interest in this aging franchise.