The UI and the game's depth make it rough to get into.

An impressive game at a reasonable price with a wealth of mods and emergent content.

It’s impossible to deny that there’s a huge amount of appeal in the idea of being a space lord. I mean, for decades, people have been making games that try to capture the ideal space lord experience, the feel of sitting on a galactic throne and watching over an empire of a hundred worlds, and meeting with various degrees of success. That said, Distant Worlds: Universe is probably the best space 4X game since Master of Orion 2, a game of remarkable depth that’s exactly as easy to play as you want it to be, whether that’s treating it as an interactive screen saver to micromanaging every single aspect of your empire’s government.

You probably won’t want to do the second. Distant Worlds starts off easily micro-manageable when you’ve only got one system. When you’ve got five, you might want to start turning on AI advisers and trusting their judgment as to what to build when, and how to manage your money. When you have twenty-five, fifty or more, all working in real time, it might be time to start focusing on the parts of the game you like, whether that’s exploration, dealing with story events, espionage, ship design, or war, and turning on the AI for anything that you don’t want to have to deal with. 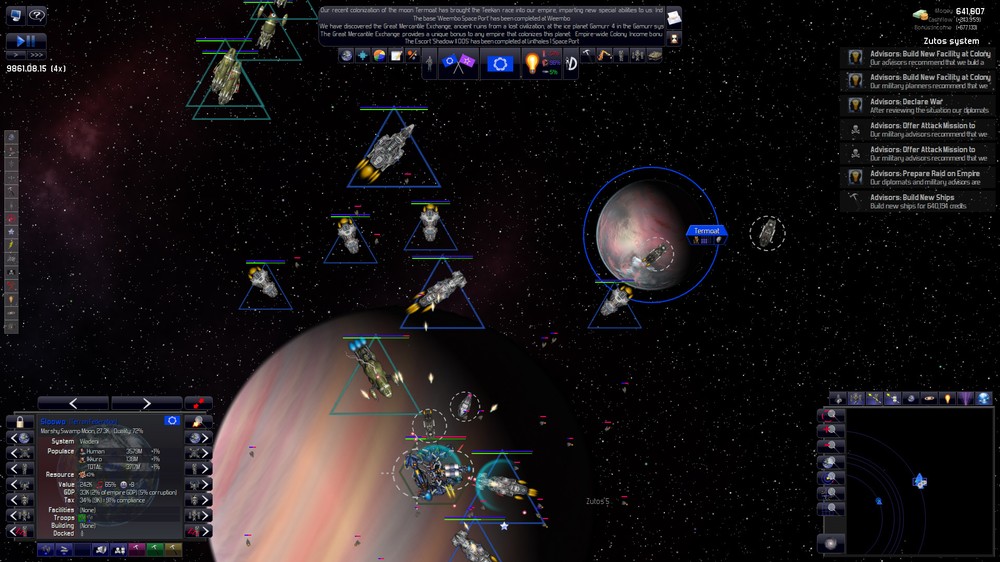 The triumph of Distant Worlds is that, unlike other games that relied heavily on AI, Distant Worlds manages to give this the feel of being a leader, removed from the action and supported by staff, rather than the feeling of wrestling against a bumbling AI that unintentionally sabotages your decisions that weighed down games with similar concepts. I’m not nearly expert enough at the game to know when the AI’s decisions aren’t as good as what I could do if I handled every single aspect of my empire, but it usually seemed like reasonable options, presented with unobtrusive pop-in messages on the corner.

Even if you choose to limit your focus, there’s a lot to do. The galaxies are massive, and in addition to the optional storyline that brings the galaxy to an enormous war, there are plenty of emergent stories that pop up as you go. Each race has their own preferences, victory conditions and AI settings, that drive their behavior in play. The world itself is full of random occurrences, whether they’re ancient ship graveyards waiting to be fixed up, or a nanite plague that can spread across worlds, eating a civilization on the fringes if they find it too early, there’s plenty of things that stand out and create the story of a playthrough.

There’s a tremendous amount to do aside from that. You can design ships in what’s probably the best, most intuitive ship design system I’ve seen in a game like this, and they give them AI preferences to dictate how they respond in fights. You can group fleets and give them orders as you build the infrastructure of your space empire. All of this is amazingly high-level, and you don’t even see civilian technologies or buildup on colonies, except in the abstract. 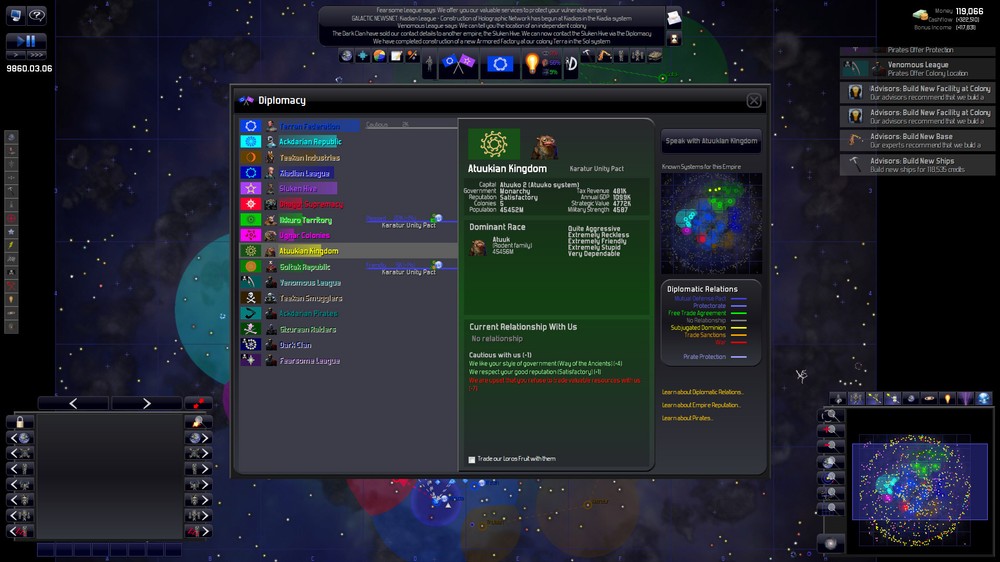 In fact, one of the most interesting aspects of Distant Worlds is the civilian half of your empire. While you’re rebuilding ancient death stars, forming fleets, and researching better technologies, your civilian population is trading, mining, shipping materials and more, adding a sort of background noise to your empire that’s incredibly satisfying to watch grow. More than just show, though, the civilian activity is responsible for a huge portion of your income. Keeping them safe and encouraging their growth is important, if only so you can collect more taxes.

And that’s just the very basic game. There’s also playing as a pirate, where your entire society is in space without the benefits of planetary colonies or a settled population, or playing in the Age of Shadows, where only pirates start with the secrets of warp speed travel, and the settled planets are only just beginning to reach out into space again, or playing in the very early history of the game’s setting, that you only see in lore encounters during a normal campaign. Distant Worlds: Universe is a game with more than a few expansions, each of which refined the original experience and added new elements. 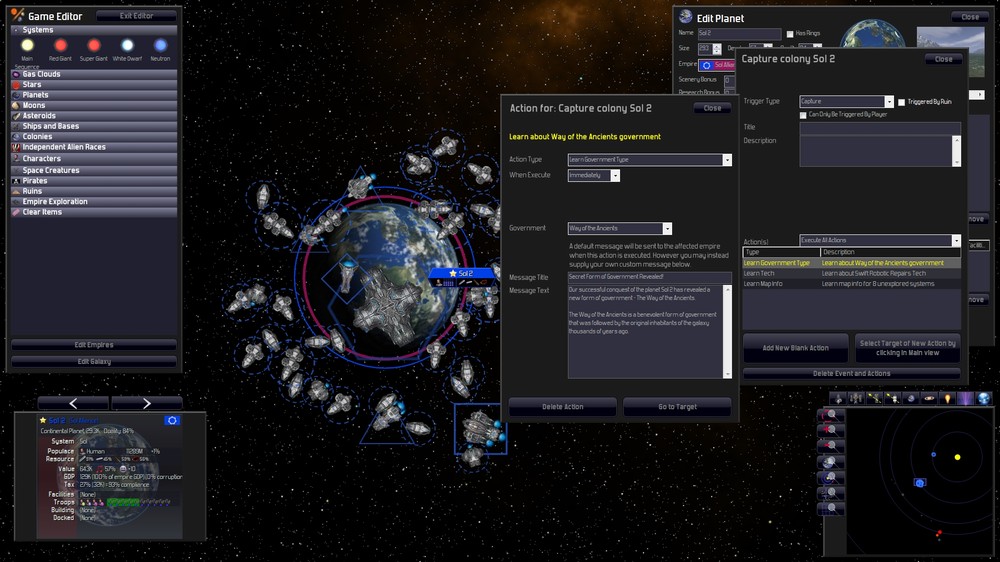 And if the massive scope of the original game isn’t enough, Distant Worlds is extremely mod-friendly. I tried out a mod that almost doubled the number of races, each of which had their own unique goals and diplomatic angles, which drastically changed up how the game plays. If you dig into the mod code, there are plenty of really cool options that can shape how the game plays. On top of that, there are plenty of UI and graphics mods to help clean things up.

The UI out of the box isn’t very attractive, and it took an hour or two of tutorials until I more or less knew my way around, but that’s sort of par for the course for intense strategy games like this. That said, the visuals manage to be beautiful in their own way, especially when paired with the background music. Seeing a small fleet warping between stars with the lonely, space-y music playing was a really pleasant experience.

Distant Worlds is an impressive game. Now that it’s on Steam, at a reasonable price for a game and several expansions, anyone interested in 4X space games should take a look. The divide between the government and private sector makes for an experience that’s no other 4X game has attempted, and the modability and emergent stories will give it legs for years whether you’re looking for intense space strategy or one of the best chill-out games in a while. 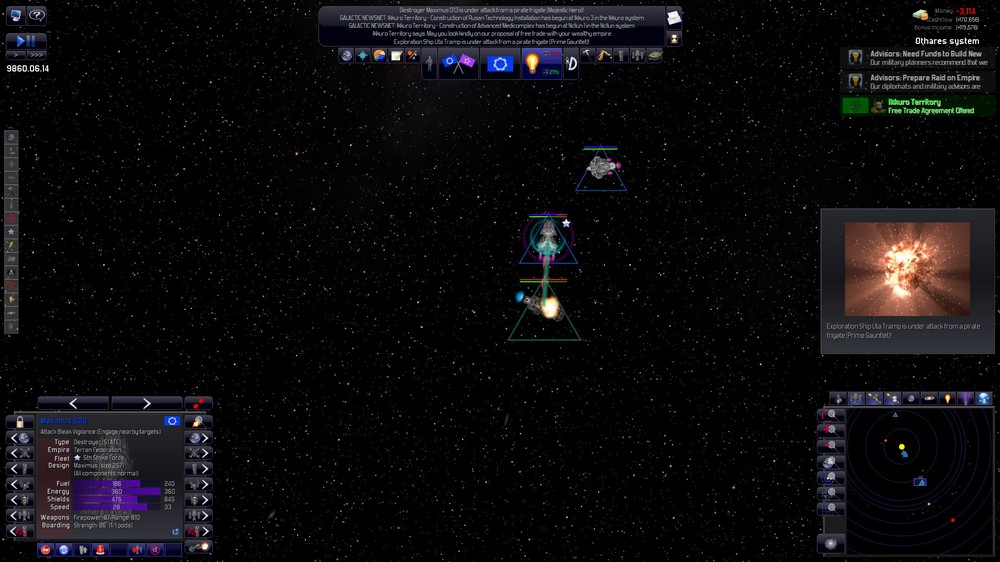 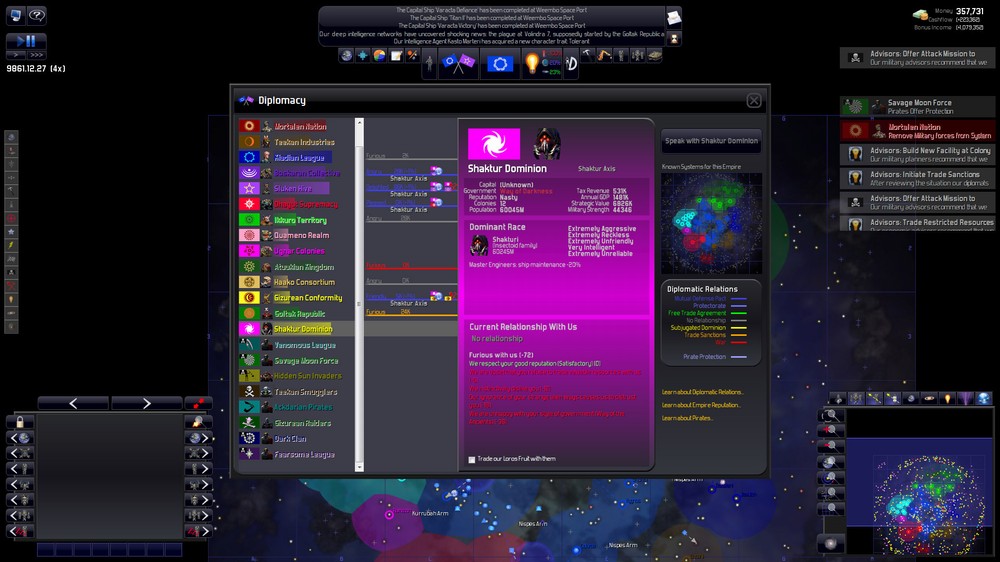 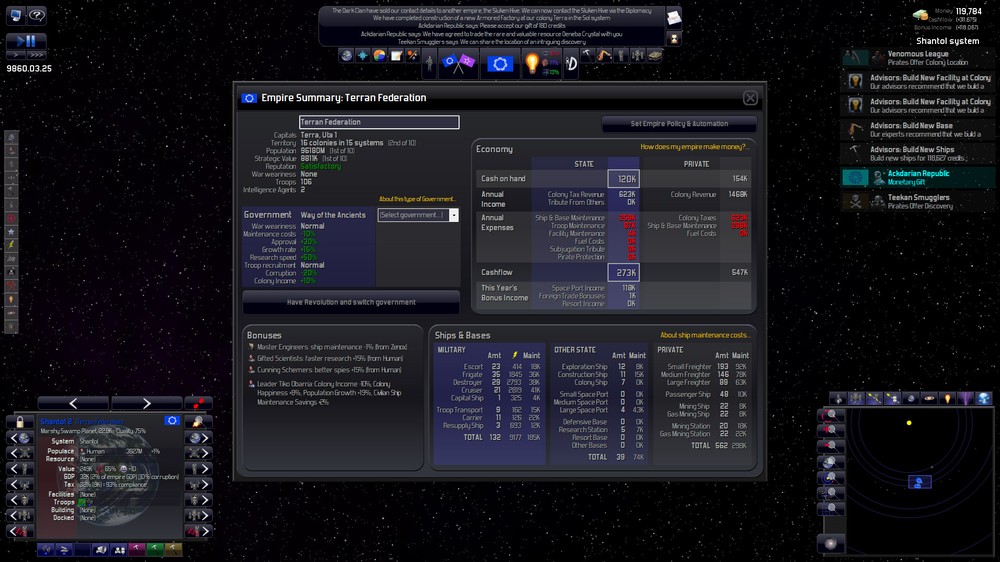 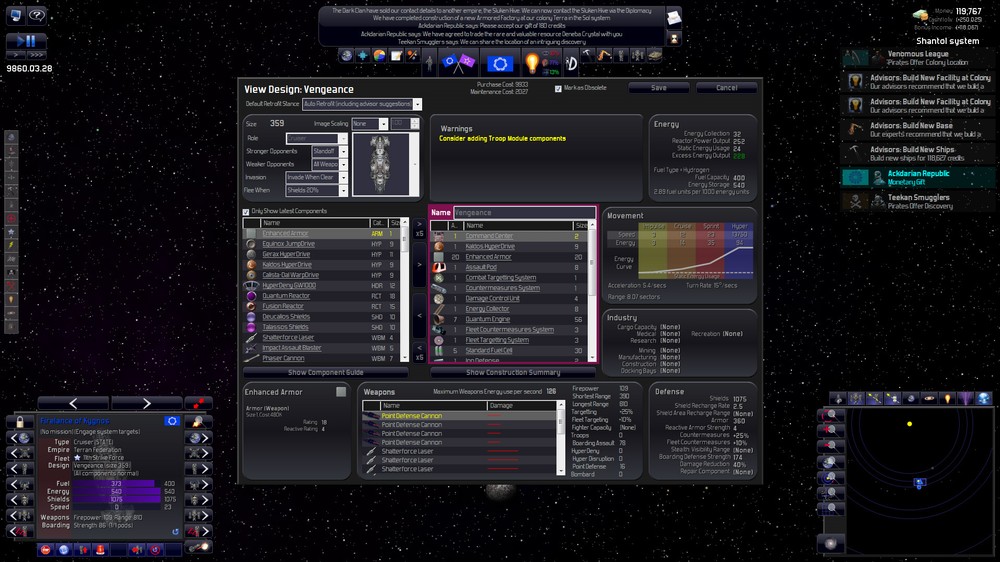 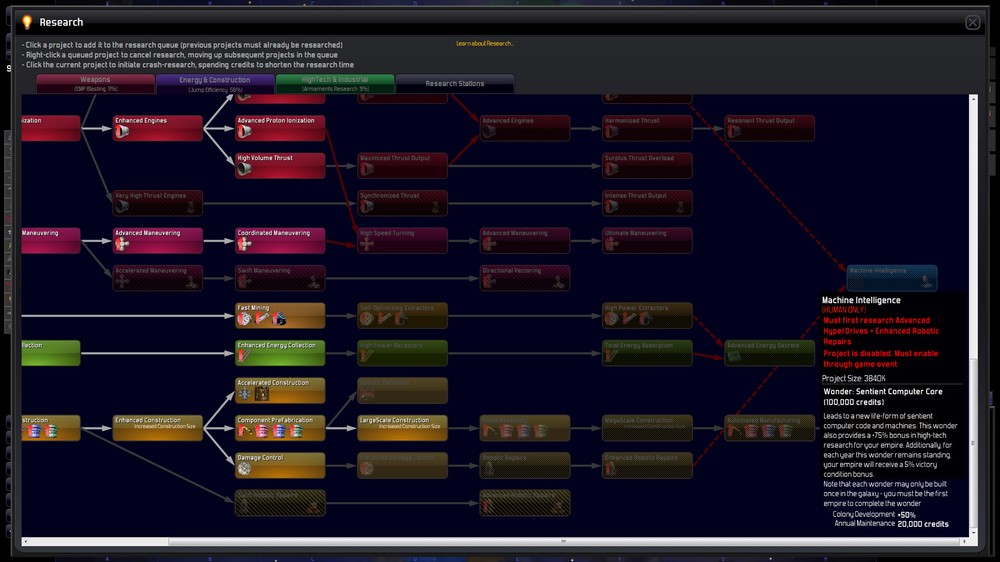