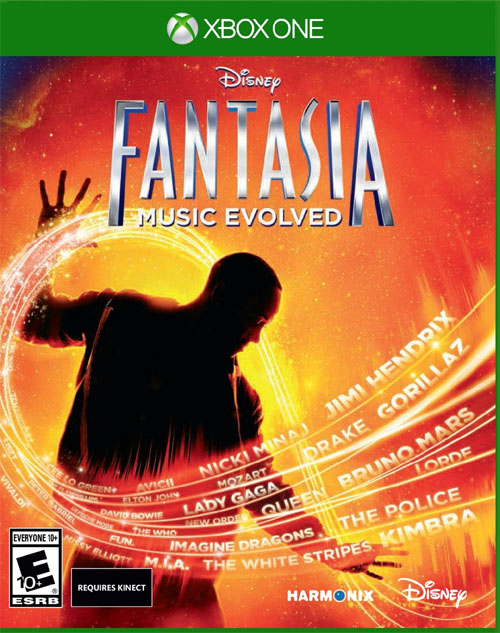 Fantasia: Music Evolved is the latest music game to come from those musically gifted designers over at Harmonix, and it might just be the most original music game you’ll ever play…provided you have an Xbox One with a Kinect.   Fantasia is hard to explain in words, but if forced to do so I would summarize the game as an “orchestra conductor simulator meets Harry Potter spellcasting minus the wand”.   I’m sure a few of you just checked out so allow me to elaborate.

Fantasia uses the Kinect to accurately track your hands as you trace curving patterns, punch circles, and do your best to keep us with the increasingly difficult prompts presented on the screen.  Matching these gestures rewards you with points and combo bonuses as well as unlocking new instruments and remixed versions of the vast and varied assortment of included music as well as a growing library of DLC.  Unlike previous Harmonix games, Fantasia is more about music creation than mere reproduction. 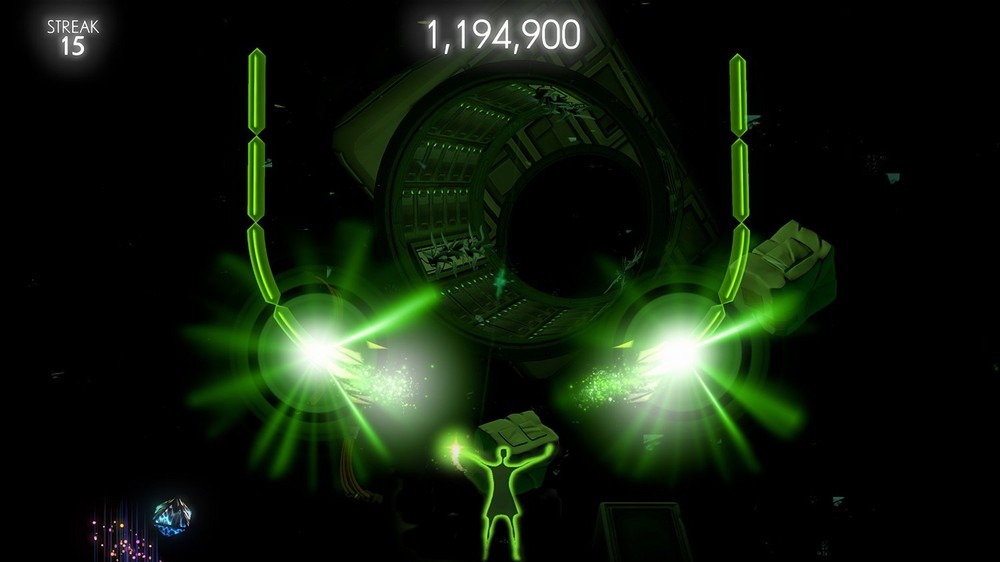 The game eases you in with a slick tutorial before dropping you into the lengthy campaign that serves as one of the most unforgiving progression ladders I have ever experienced.  Not only do you have to unlock the songs by playing them in the campaign, you must also unlock key gameplay mechanics also buried in the linear story mode that requires you to play each song not twice, but three times before you can fully enjoy the track outside the campaign.  This is some seriously unnecessary padding for a game that doesn’t require any; especially one that encourages DLC purchases.

The story isn’t even that enjoyable, and mostly serves as additional tutorials to reinforce lessons already learned in the opening tutorial interspersed with the obligatory Disney-cute cutscenes.  Navigating the interactive scenes (menus) can be a bit of a challenge as you swipe to pan and make mid-air pinching motions with both hands to zoom in and out in search of 70 blue magic fragments hidden throughout the game.   Thankfully, the motion tracking is much better (nearly flawless) once you are actually playing the game, but prepare for lengthy load times to start and restart each music track.

Perhaps the coolest feature of the Fantasia is the song selection; not so much the tracks themselves but in the way you can dynamically remix them with a variety of instrumentation, thus changing the tone and even the very genre of the music.  I haven’t had this much fun remixing music since DJ Hero, and there are Composition Spells that allow you to create your own samples and save your favorite creations to be used in other songs.  You can even upload your custom mixes to YouTube right from the game. 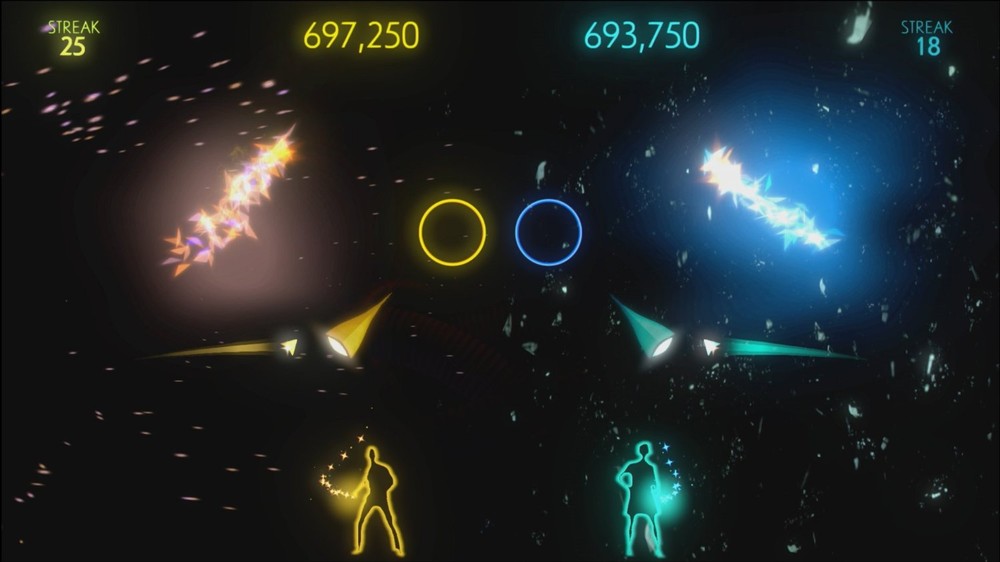 Thankfully there is a Party Mode option that allows you to unlock and experience the complete game and all the songs and features without slogging through the campaign.  If you choose this option all challenges and achievements are disabled, so you will eventually have to endure the story mode if you are achievement hunting, but at least you have some sort of access to the complete game from the start.  I’m not sure this makes the best party game though.  The very nature of flailing arms and punching motions in close quarters is as problematic as it sounds unless you have a large play space.

The Disney charm is lacking on this title but there is no denying the excellent song list and even better DLC.  I was totally sucked into Fantasia: Music Evolved right up to the point where I hit that first progression wall and realized what was lying ahead for me if I wanted to fully complete all the challenges, earn all the stars, and check off a few achievements.  The Kinect gameplay is pure genius, but the linear and repetitious campaign is a tough hill to climb for all but the most enthusiastic of players. 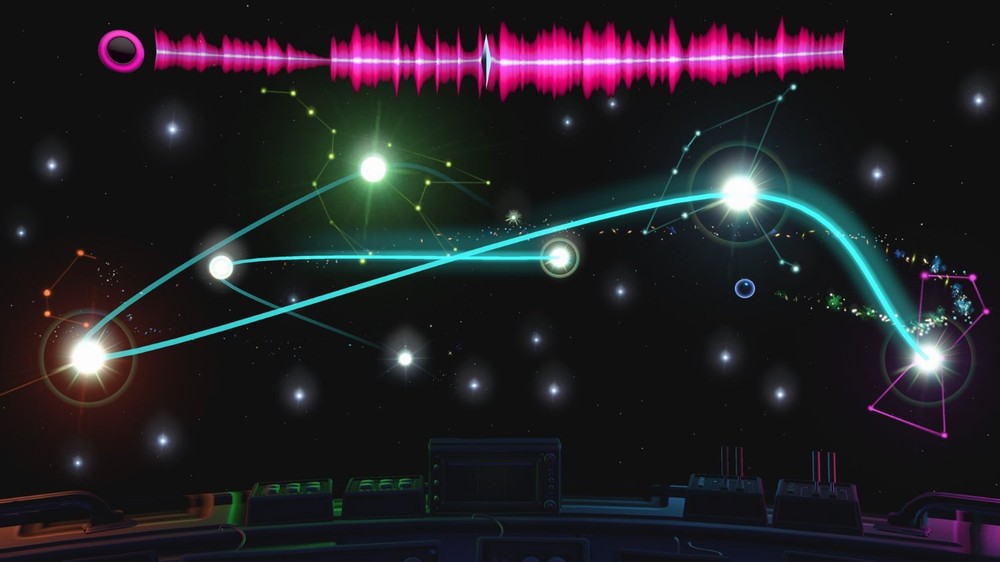 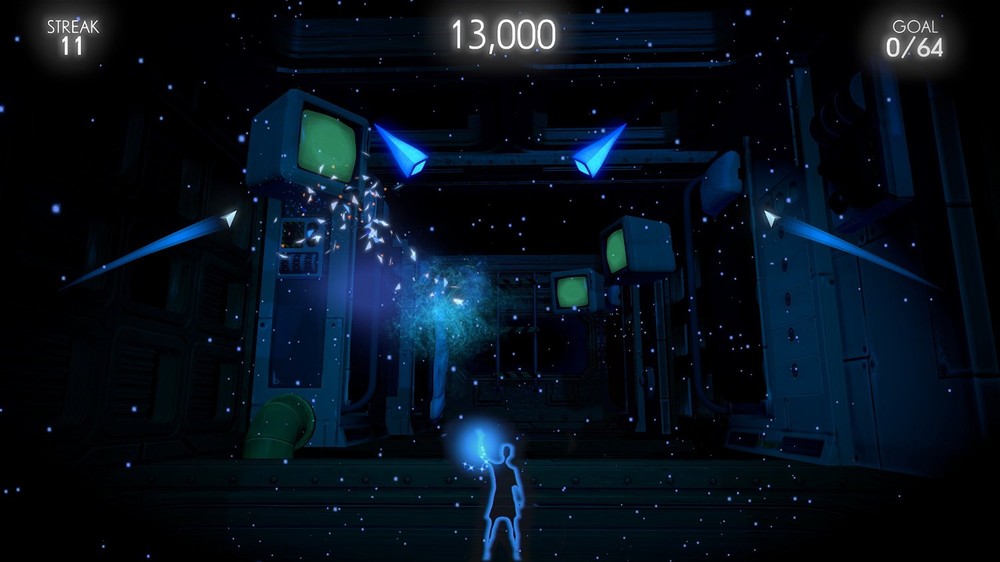 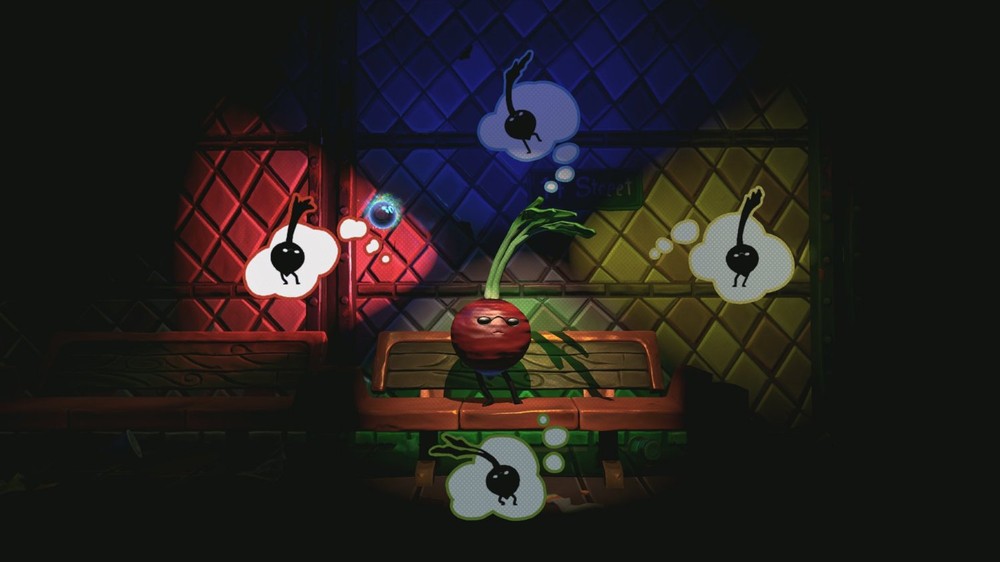 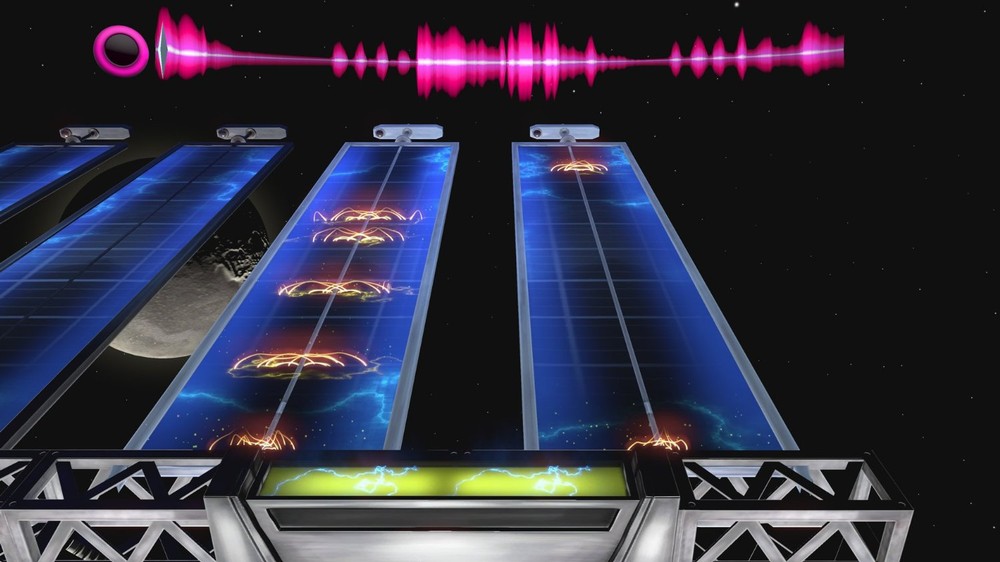 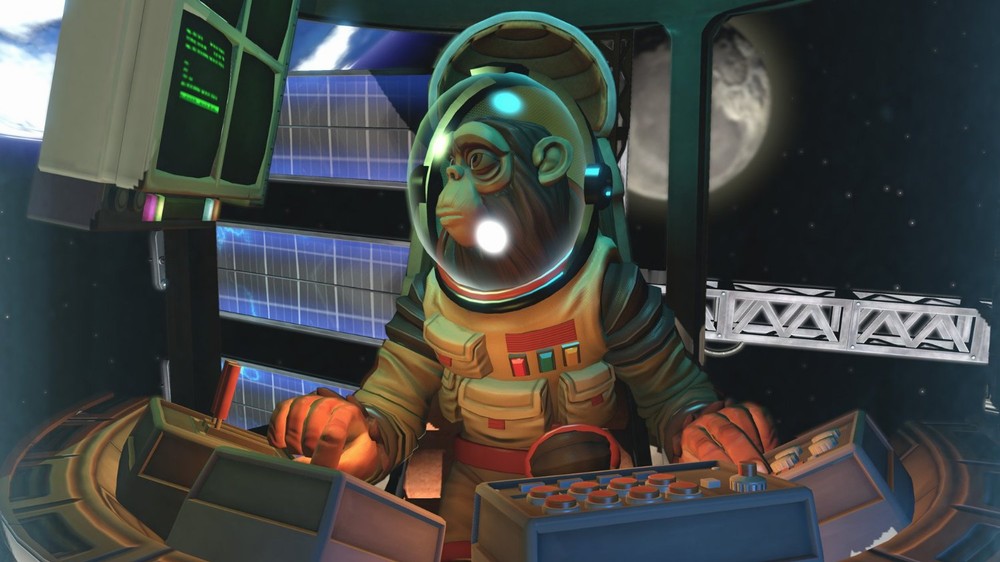 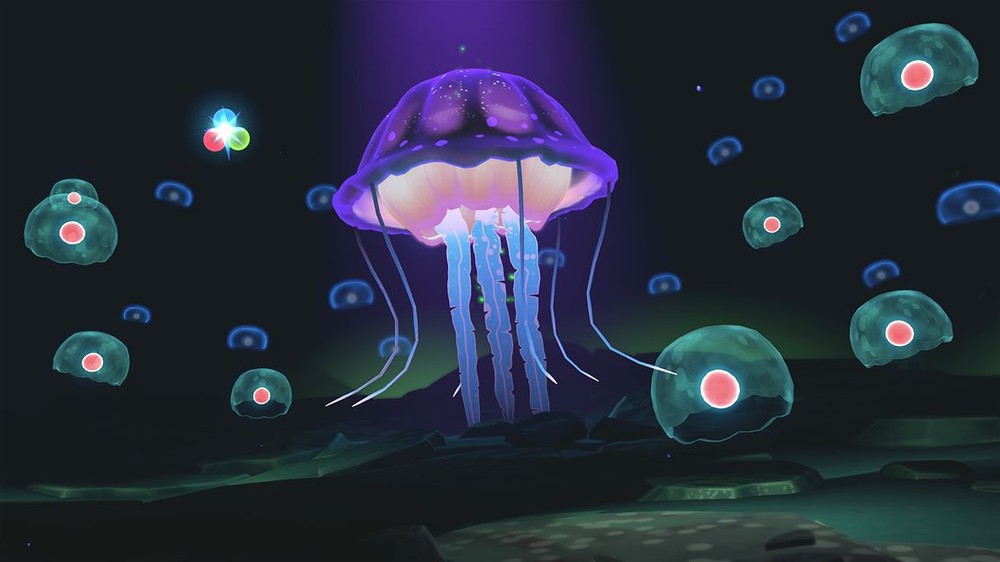 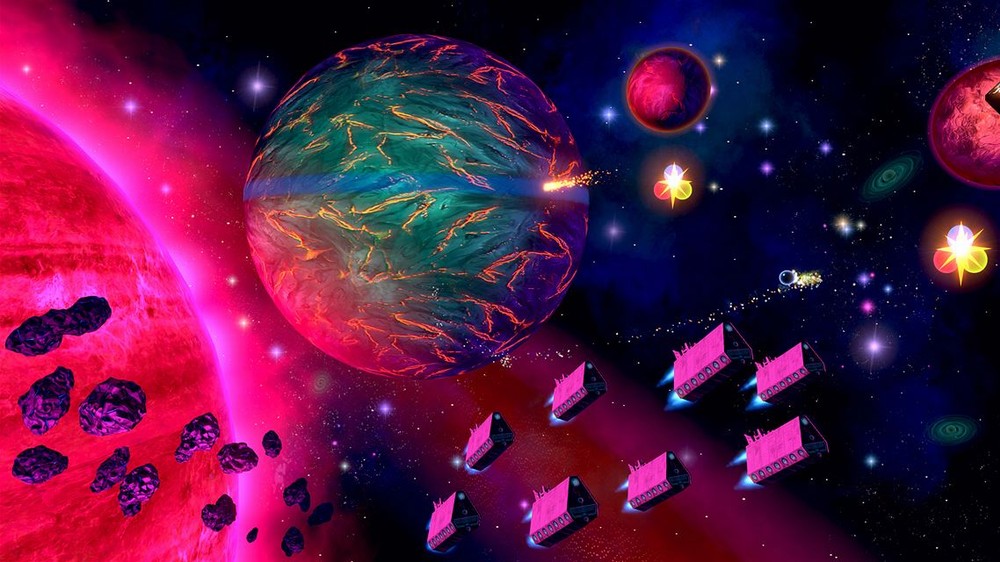