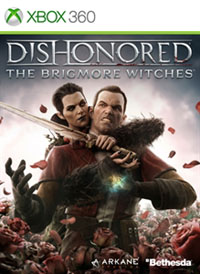 Excellent DLC with nice visuals, an interesting plot and solid controls, and a must play for Dishonored fans looking for that last bit of story content.

If you’re reading this then you’re more than likely already aware of how good of a game Arkane Studios’ Dishonored is. The freedom to complete a mission how you wanted as the accused Corvo, be it non-lethal or with plenty of bloodshed, was brilliant. That said, the developers gave players a look into the same world from the perspective of Empress-killer, Daud, several months back in the Knife of Dunwall DLC and it was awesome. Arkane Studio’s newest and final story DLC, “The Brigmore Witches” for Xbox 360 brings Daud’s quest to an end with a rather interesting tale.

Players take up the role of Daud (voiced by Michael Madsen) once again as he sets off to go after Delilah at her base of operations, Brigmore Manor. Before you can even do that you have to get there first and the only one able to get you there is Lizzy Stride currently an inmate at Coldridge Prison. The first mission was actually quite fun as you have the ability to walk right in the front door, disguised as an Overseer of course, and acting the part or go in a different way. If you go the Overseer route you can’t go anywhere the guards won’t let you so you have to be super stealthy while in prohibited sectors as your cover will be blown if you’re spotted. There is a nice bit of puzzle solving to do here as well to spring her out of her jail cell. There were also plenty of goodies tucked away in the prison as well as the other two locations that you will visit. They’d actually do a good job of integrating Corvo’s escape as you can interrupt the hanging of three guards that failed to stop Corvo if you want. 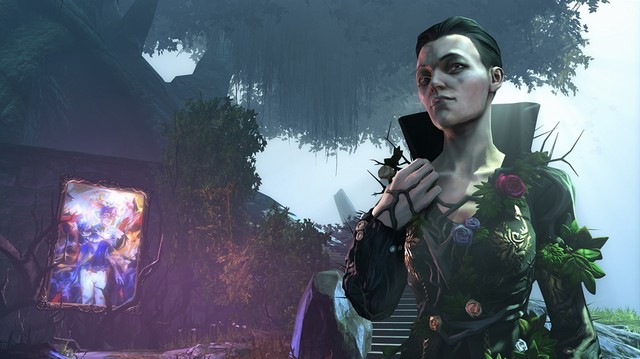 In the final two areas you’ll visit the home of two rival gangs and the home of some frightening witches. Drapers Ward is the home to Lizzy’s Dead Eels and their rivals the Hatters ran by an old man with a nasty contingency plan to gas the place if the old man dies. The Brigmore Manor is where things get interesting and Delilah’s plans finally start to reveal themselves in a scary way. If you thought the Overseers were bad then you’re in for a surprise when you hit the Manor. There are plenty of ways to handle the two gangs in Drapers and the witches at the Manor for which this DLC is named.

Daud retains all the skills available to him from Knife Of Dunwall. Depending on your playstyle you’ll have Daud’s Summon Assassin ability for those waging a war as well as using his really cool ability to stop time when he uses his Blink ability even in mid-jump to redirect your trajectory which is useful. There are also newly added corrupted charms, which while nicely improving some abilities comes at a price like taking half damage at the cost of movement speed. While not required, if you played Knife of Dunwall all of your upgrades carry over into The Brigmore Witches. There is a notable bug with one of your last selectable favors, a bribed witch, in the final chapter and no matter what I tried you can’t use it.

The Brigmore Witches features some nice locales with Brigmore Manor being the best of them. Players who have experienced the main game already will be quite familiar with Coldridge and its visuals. Drapers Ward on the other hand showcases a once posh shopping hub that has fallen into chaos with the easy to recognize Hatters and Dead Eels. The character models for the Brigmore Witches are wickedly cool with their almost elegant flower-adorned black clothing and viney looking afflictions on their skin. The area surrounding the manor is nicely overgrown like I would expect a coven home to be with swampy like areas teeming with gravehounds and witch patrols. As Daud mentions the manor is in a bad state and it shows with the seeming unnatural plant growth and wrecked condition of the house.

Dishonored: The Brigmore Witches is a nice end to Daud’s story regardless on how you handle it in its final moments. There is some serious character development with Daud’s character that I found to be a lot more enjoyable to see than Corvo’s mute and lifeless performance. Speaking of Corvo, the final moment in the DLC is decided upon what your chaos level was throughout Daud’s escapades, which leaves one to question the validation of either the main game or the DLC’s final confrontation.

The Brigmore Witches is an excellent DLC piece with nice visuals, an interesting plot and solid controls, and a must play for Dishonored fans looking for that last bit of story content. 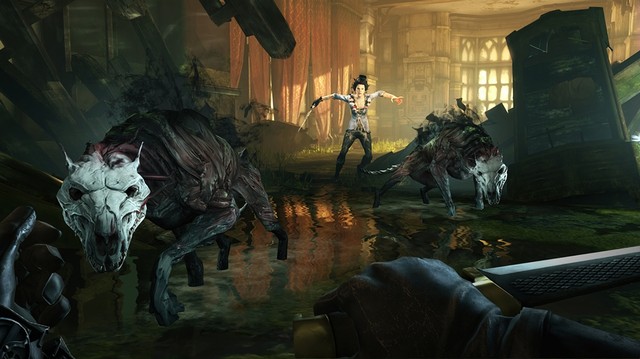 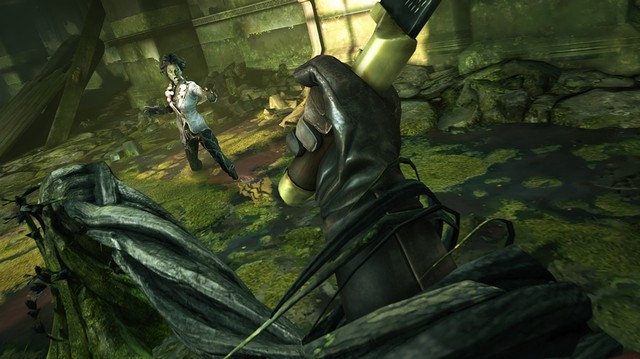 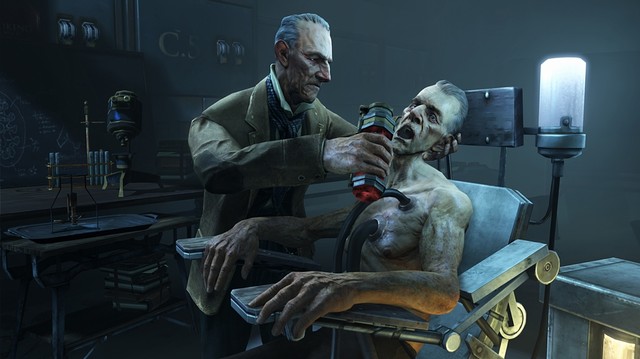 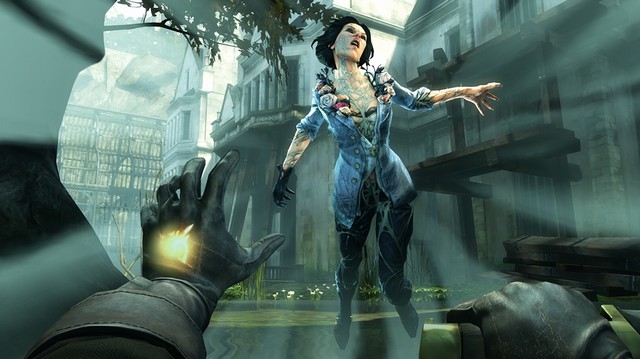 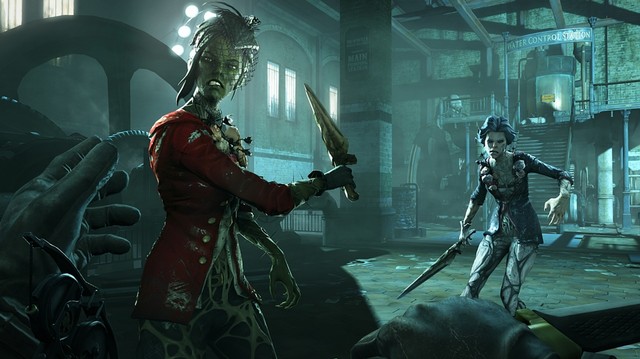