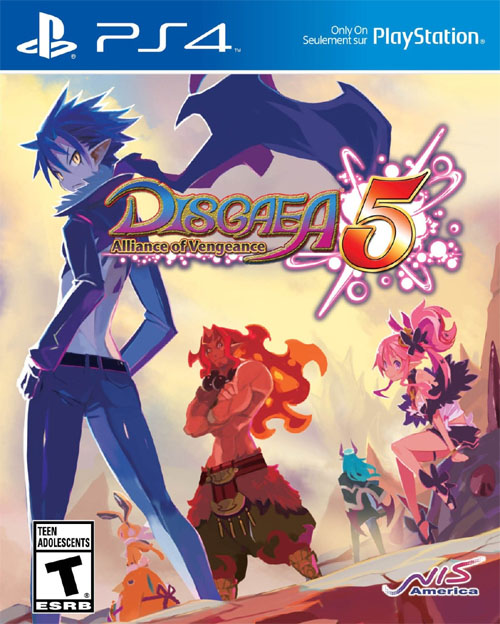 Easily the strongest entry in the series and one that I feel even newcomers can enjoy.

It’s time to go to hell…well actually just the Netherworlds dood with the release of Disgaea 5: Alliance of Vengeance exclusively for the PlayStation 4. I’ve been playing the Disgaea series by developers Nippon Ichi Software for years now and this is easily one of my favorites in the series to date. The series is known for its jokes and memorable characters but unlike its predecessors Alliance of Vengeance takes a much darker tone this time around.

As the title suggests, this adventure is all about vengeance and there is definitely a lot of demons in the Netherworlds that have it out for the ruthless Demon Emperor Void Dark. This tyrant is crushing every Netherworld into submission making enemies quick amongst the Overlords that wouldn’t take Void’s conquest laying down. During one of his latest battles against Seraphina, the Princess Overlord of Gorgeous, his army of the Lost was singlehandedly defeated by unknown demon and star of the game Killia.

In true Disgaea fashion, Killia is unwilling roped into helping Seraphina as they both want to end Void Dark’s rule though for entirely different reasons much like the other Overlords you will encounter and recruit to aid you in combat. Combat in Disgaea has always been a grid-based tactical game and while the core gameplay in Disgaea 5 is similar to its predecessors it’s got a few new moves to keep things fresh including returning features like the Chara World from Disgaea 4. 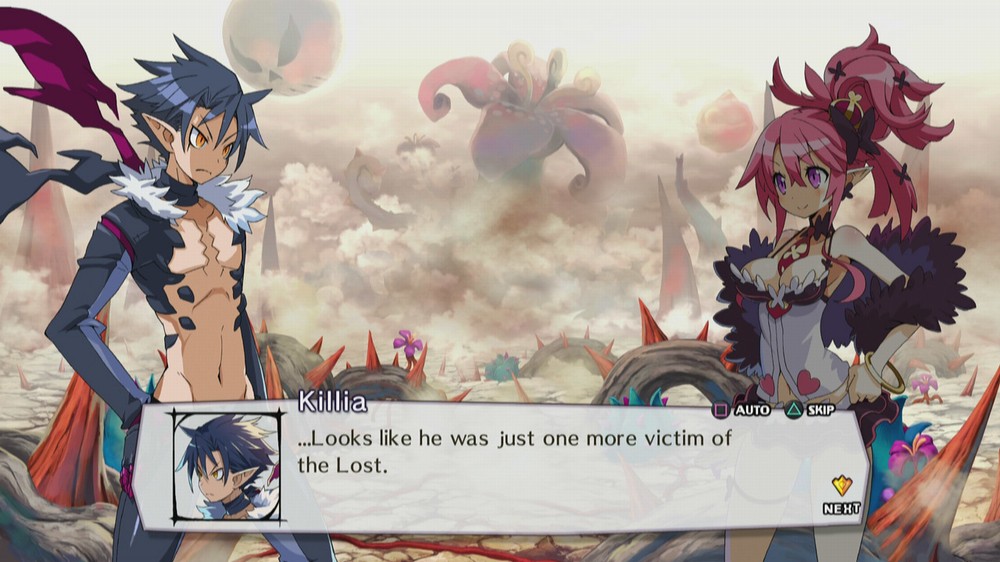 For those not familiar with how Disgaea combat functions you’re in for some of the deepest combat seen in any game. Luckily Disgaea 5 has a great tutorial system that introduces things as they are revealed to help you reach your own Master Level in combat. Hopefully though, you won’t go around “hitting my enemies with the back of my sword” with a gun after learning the ropes. Combat requires players to move their battle units along a grid pattern on multi-level battlefield as they strategically place them to get the upper hand or inflict massive amounts of damage to the enemy.

There are a lot of things to take into consideration when choosing your next move. Ideally you want to move allies next to each other and attack the enemy to possibly execute a team attack dealing an even more powerful attack. Attacking an enemy is not initiated after selecting an enemy unit for this very reason as you can even create combos if enough allies continue to deal damage to the same target. You can literally rain down millions of points of damage to your foes if you play and plan each turn correctly.

There are plenty of ways to make your allies and yourself more powerful if you find your journey a little difficult. Chief among them is the ability to make your weapons stronger as well as the ability to make yourself stronger by going inside your items or weirder still, yourself to unlock even more power. In both the Item world and Chara World you may find that you can buy special items or earn new battle units. In either location you will often have to defeat enemies like the Notorious that are there to impede your progress so be ready for them going in. 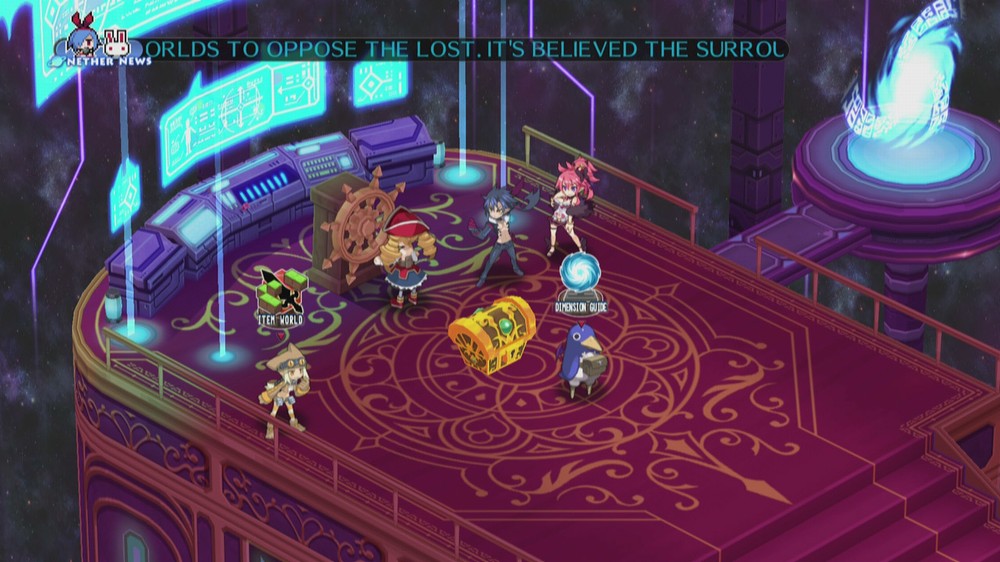 New to the series are awesome systems like the Revenge Mode, Dual Magichange, Overload and Alliance Skills to name a few that make Disgaea 5 the strongest game in the series so far. The main theme of Disgaea 5 is revenge so I’ll start with this gem of an ability that also affects the Overload ability. As your ally units take damage or actually get defeated each unit’s Revenge Gauge fills up by a little bit. Once full Revenge Mode activates and your stats are enhanced in interesting ways. The biggest thing though is the ability for Overlords or characters like Killia who have Overlord-class powers to use a not so secret ability called Overload to turn the tide in battle. Killia’s for instance slows down time and allows him to move several times and dishing out damage only once during Revenge Mode.

One of my favorite features is the Alliance Skill that only works with main characters like the uneasy “lovers” between Seraphina and Killia. The two can use their unique abilities of time slowing and succubus to wreak havoc on their foes. These are fun to use and often prove quite useful in battle. If that isn’t enough Nippon Ichi took the Magichange ability to turn monsters into weapons a step farther in Disgaea 5. The Dual Magichange ability makes it so you can use one Magichange on another to make an even stronger and unique weapon with skills to match. Only humanoid units can actually use these weapons though so sorry Prinny no super sword for you. Prinnies and other monsters do gain the ability to lift and toss others with a new ability called Mon-Toss, so that’s a big plus for the little guys…careful though they explode when thrown.

One of the many key features of any Disgaea game has been the ability to create units while in the main game hub or Pocket Netherworld in this case. You can still do that thought there are a few new things that I’m happy to see added. Usually when creating a new character they start out at level 1 making them grossly underpowered for whatever you may need them for like having sheer numbers in battle as cannon fodder… Anyways now you can level them up to make them more powerful based on your level from the start by spending a little HL (pronounced Hell) to get them up to par. There are also some units that can only be earned by completing quests from the new Quest Shop. 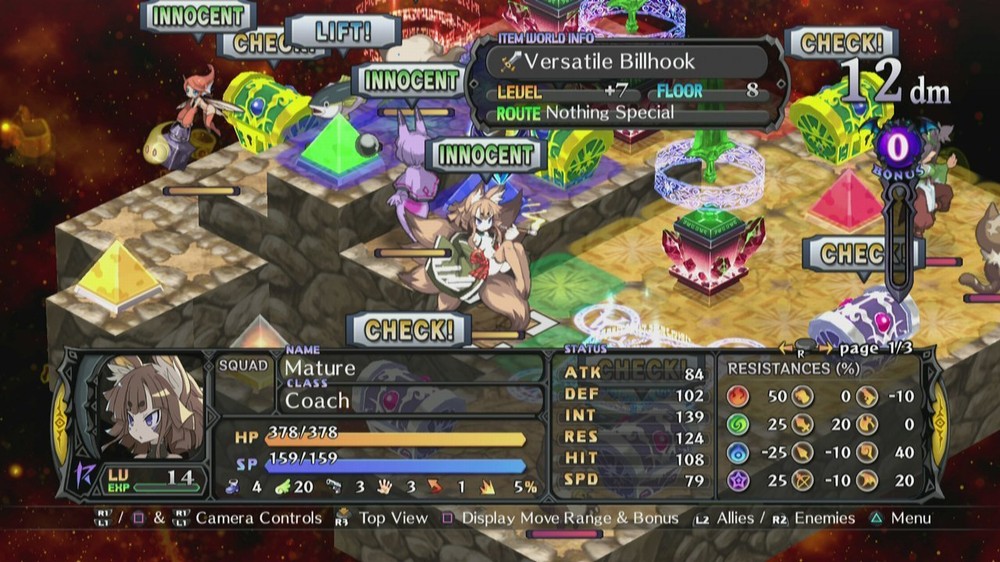 Another way to make troops stronger is by placing unused troops that are not part of your battle team into Research Squads via the all new Nether Research Squad system. These units will embark into other Netherworld to research them. If done successfully you many gain items and even prisoners to use in the Squad System. The Squad System, also new to Disgaea, allows you to organize units into well…squads dood. These squads have different squad effects in battle like all members of the Boot Camp Squad team being able to gain some of the experience that the leader earns in battle. Squads also have the awesome ability to use a squad skill that will utilize every member in the squad to attack the entire enemy squad and not just an individual.

Speaking of individuals, Disgaea 5: Alliance of Vengeance once again features a great cast of characters this time around that are just as quirky and interesting as ever. Be it the curry loving “nonviolent” Usalia or Killia who will sit down and eat even in the middle of a battle to keep up his strength each character is right at home in the story. The voice work when you hear it is well done including the obvious resemblance and phrases of a character to a certain wrestler. No, it’s not John Cena people. These characters are also brought to life by sharp visuals and awesome battle animations and story stills. The world is still as vibrant as ever with a much darker story seeded in revenge.

There are so many new features and things to do in Disgaea 5: Alliance of Vengeance that this title is easily in my list of top 10 games to play when stuck on an deserted island due to the absolutely mind-blowing intricacy and volume of content found within. The story and characters still carry on the tradition that Disgaea is known for while taking it in a new darker direction. This is easily the strongest entry in the series and one that I feel that even newcomers will be able to get into with a better tutorial system than ever before. This is the just the first entry for Disgaea on the PS4 and I can’t wait see what Nippon Ichi does next. Until then, I’ve got more than enough content to keep me busy, so check out Disgaea 5: Alliance of Vengeance on PlayStation 4 dood!! 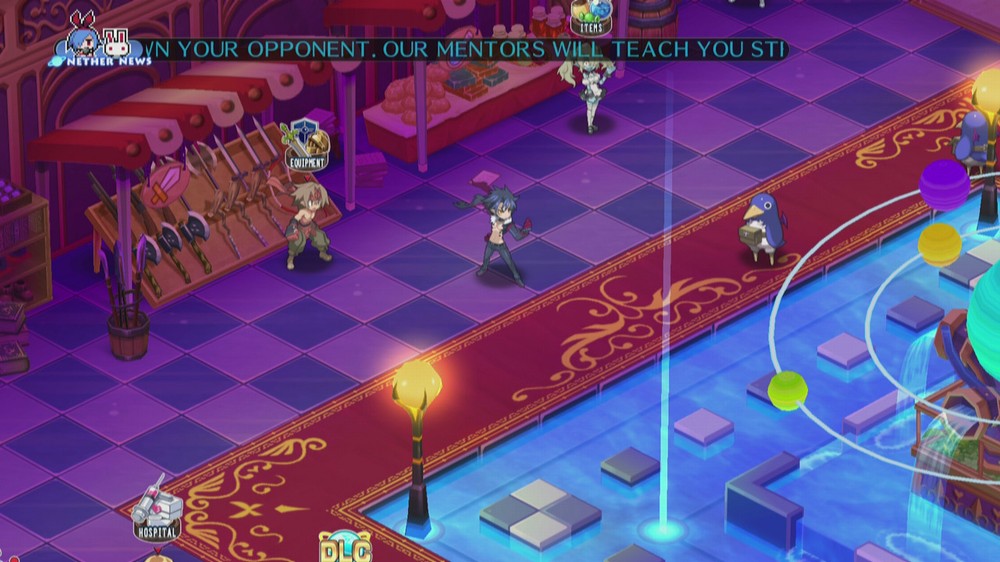 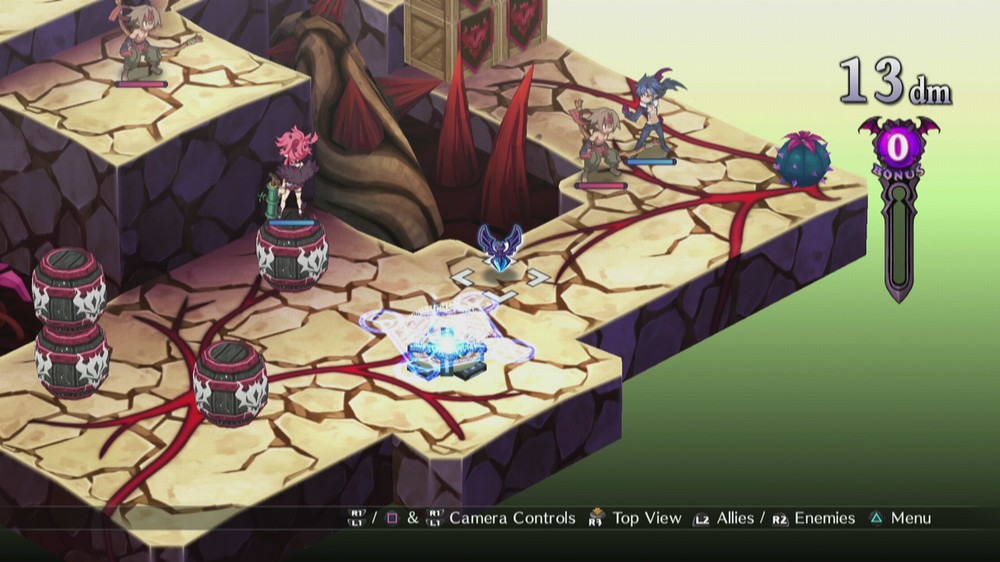 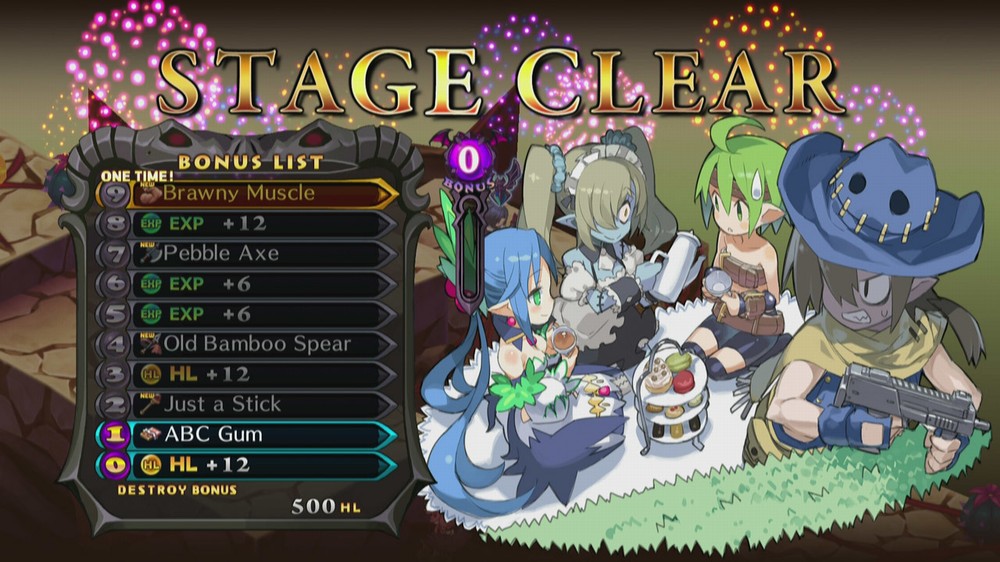 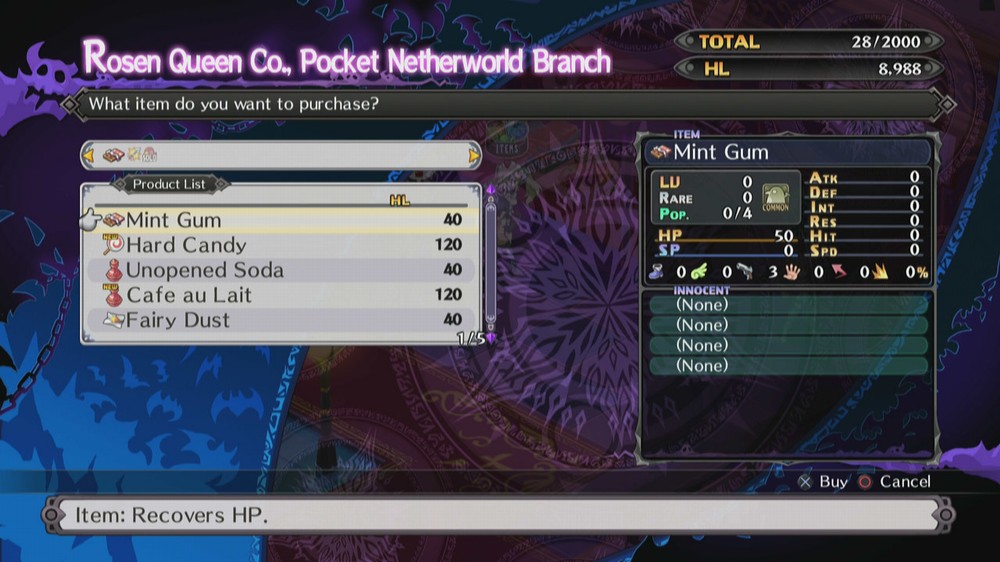 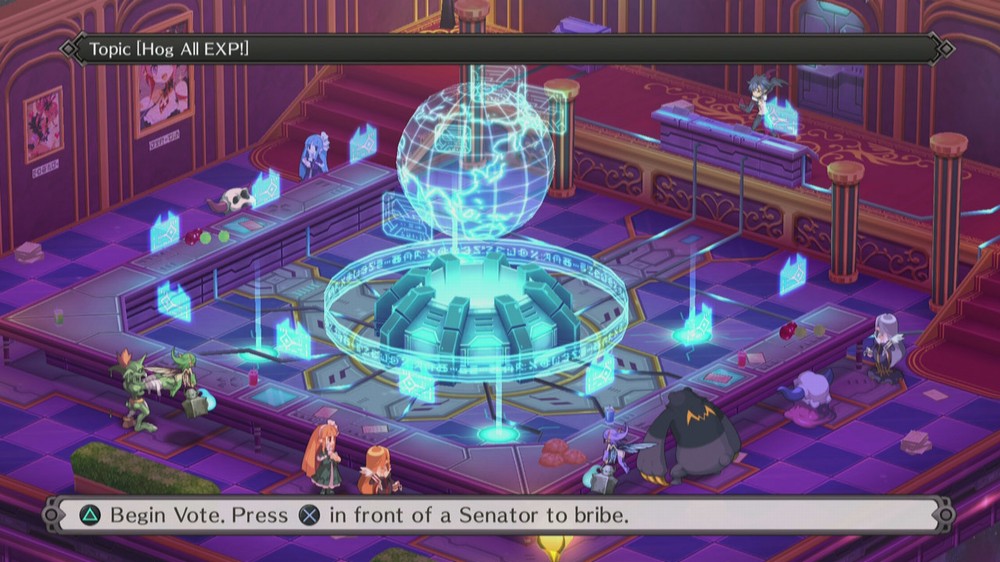 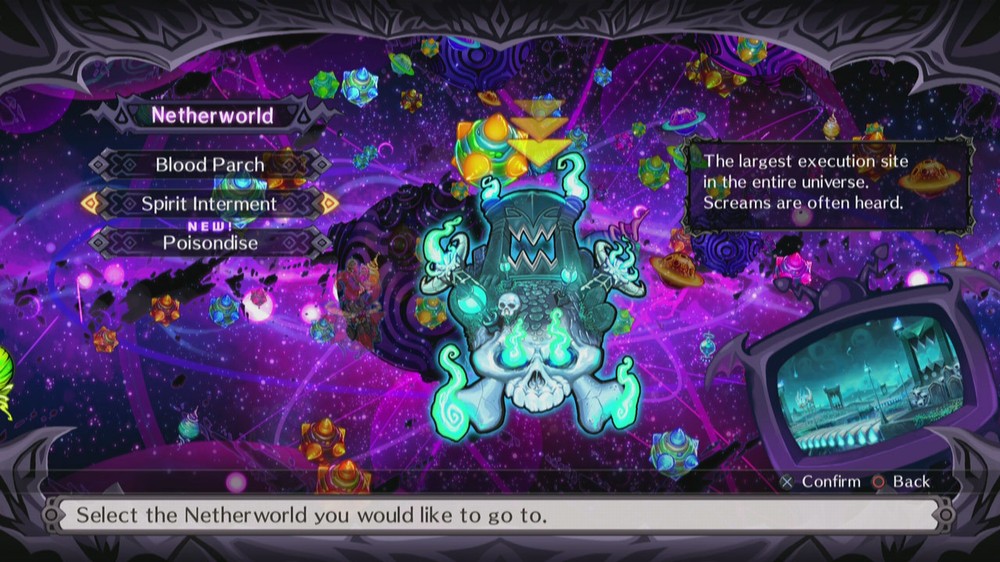 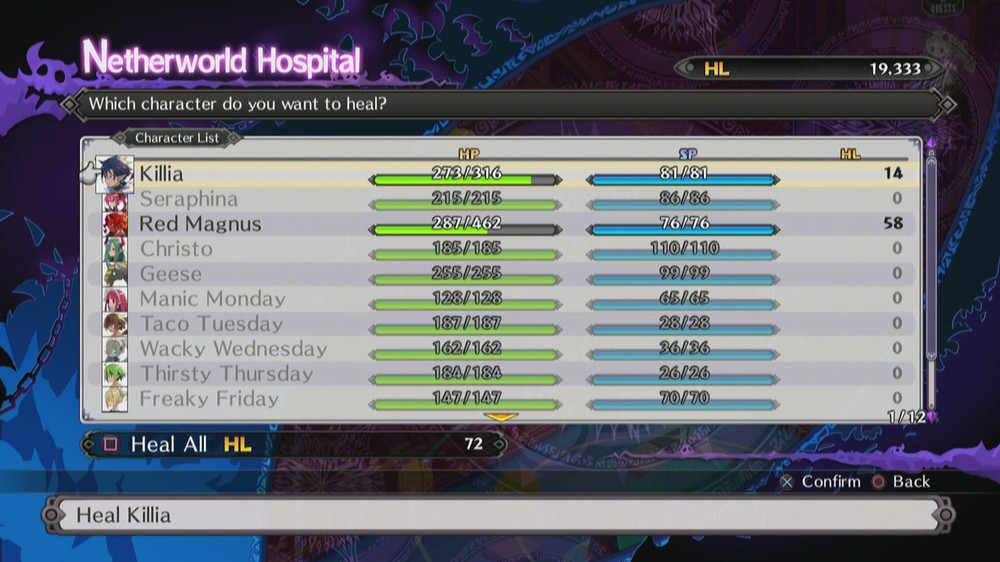 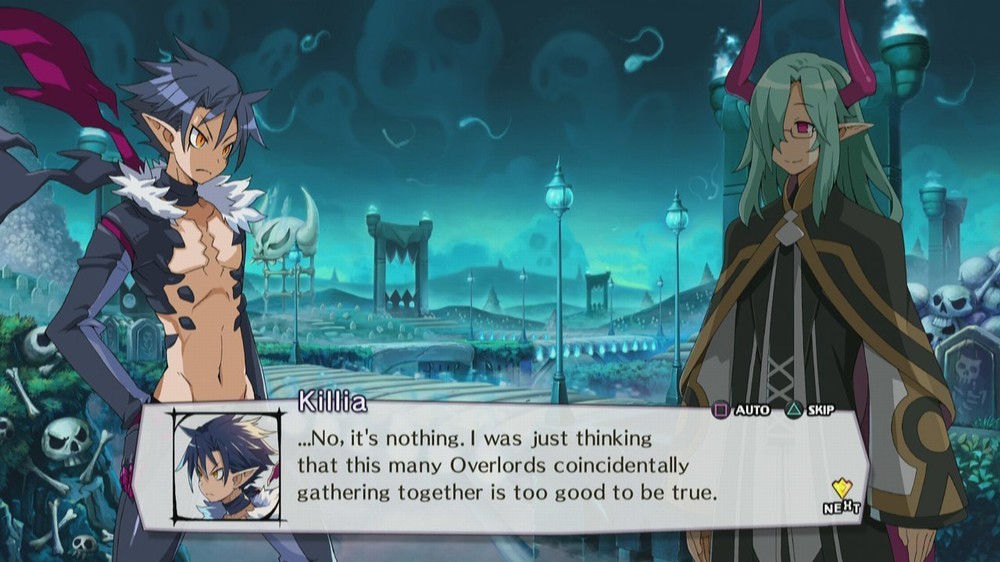 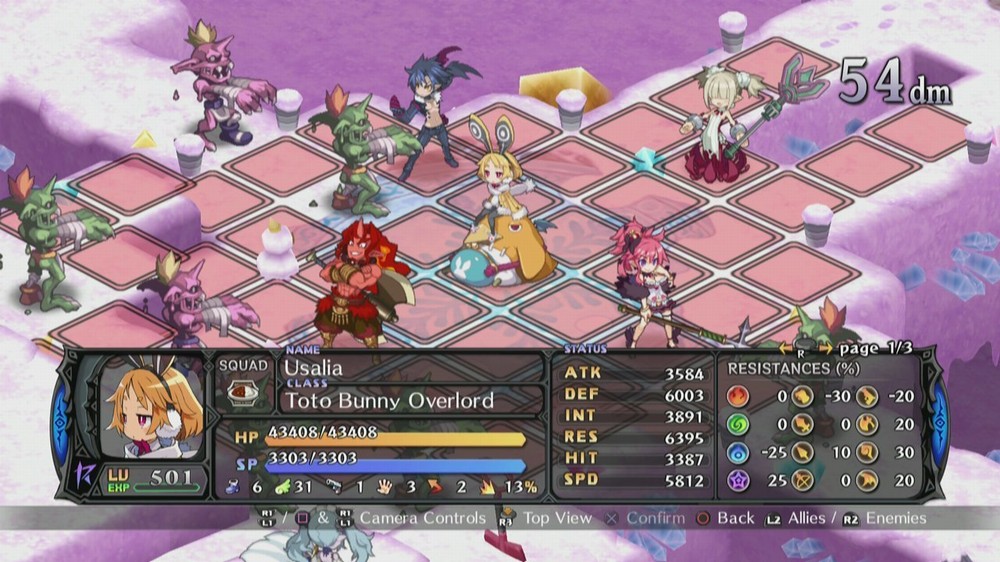