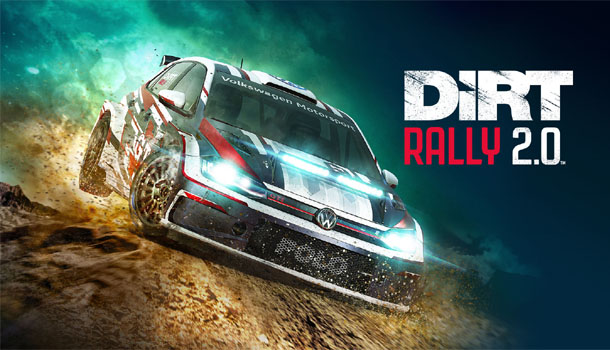 Closes the gap between game and reality.

Since my last off-road racing review back in 2017 I have managed to get behind the wheel and experience dirt racing, both on a track and in a rally-style situation. While the former isn’t that much different than tarmac racing once you learn to compensate for traction, rally racing is a unique style of racing that requires a whole new mindset.   My two-day weekend driving school consisted of both driving the car and taking on the role of co-pilot, mastering the art of calling out all of the upcoming curves and approaching road hazards. It’s not as easy as it looks, and it gave me a whole new respect for the guy not driving the car.

Having actually driven a rally car on multiple types of twisting terrain helps when it comes to determining just how realistic DiRT Rally 2.0 represents the sport, and while the game’s presentation is a major factor in that realism a lot of your immersion will have to do with your own personal gaming situation. If you are sitting on the couch with a gamepad then this will certain feel like a game, especially the console versions, but if you are playing on a high-end PC with 4K, 60fps graphics and a giant 4K screen and a quality racing wheel and pedals then you are going to come very close to experiencing the real thing; minus the expense and stress of potentially wrecking a six-figure rally car. 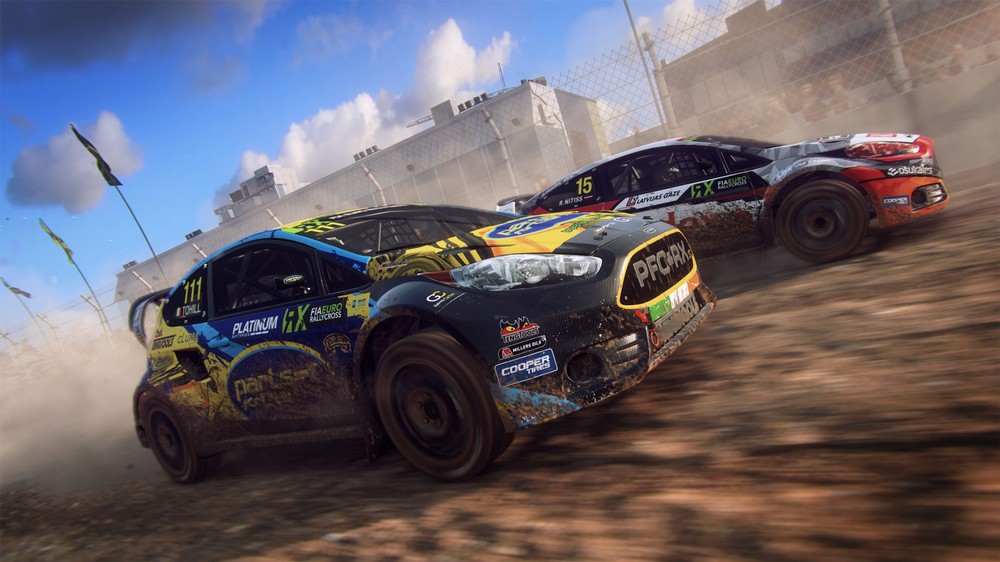 I’ve been playing Codemasters’ rally games since the days of Colin McRae, and while the series has gone through numerous name changes and various levels of content and quality, each new installment has always seemed to better itself in some way. DiRT Rally 2.0 comes with all the expected modes; Career Rally, Rallycross, Daily, Weekly, and Monthly Challenges, and online multiplayer, but before you even get started you need to pick your racing avatar from a selection of nine faces covering both male and female and a sampling of races. You’ll create a race team to hone your vehicle and your racing strategies, as you visit six real-world racing locations including; Australia, Spain, New Zealand, Argentina, Poland, and the USA.

If regular racing is the PvP side of the sport then rally racing is PvE, given the fact that you are seldom actively racing with or against other cars. Most of the time it’s just you vs. the stopwatch and the environment, accompanied by the rhythmic callouts of your co-pilot. Unlike other racing games with tracks short enough to memorize, you come to rely heavily on those co-pilot cues, anticipating a sharp turn or a bump in the road that might send you airborne. The physics are ultra-realistic and there is fantastic feedback that translates every nuance of the driving surface into your rumble-quipped racing wheel or gamepad.  On the G27 racing wheel you can literally feel when you are losing traction and ease of the gas. 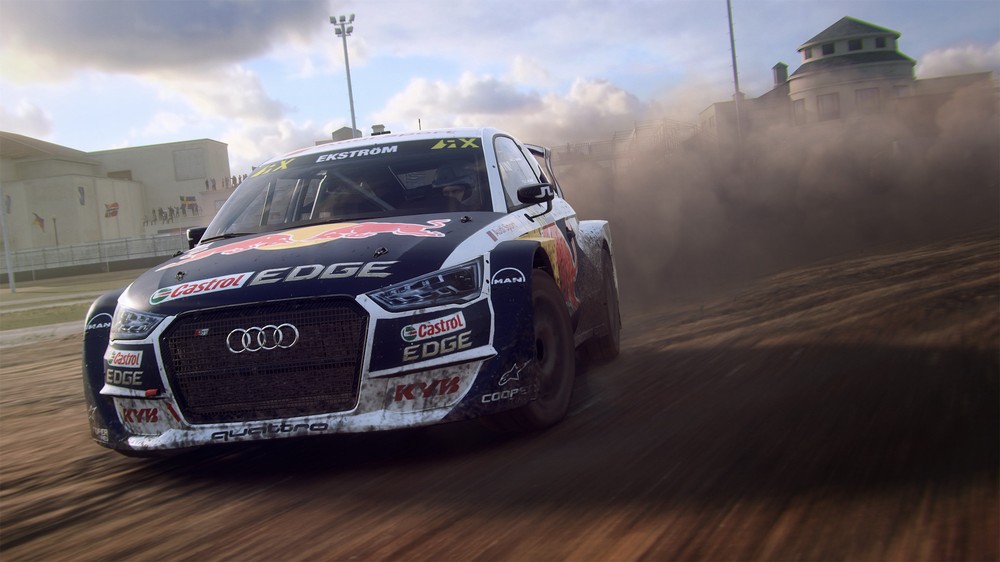 DiRT Rally 2.0 features more than 50 rally cars spanning multiple eras of the sport, so you can revisit history in some iconic classics or get a taste of a modern day rally racer like the Camaro GT4-R. All of the cars utilize a realistic damage model that not only affects the way a car looks but how it handles and performs. If you smash all your headlights and your next racing stage is at night, prepare to drive in the dark. Sideswipe a tree and bend your rim then prepare to have your car pull to the side until you can get it fixed. If you’re playing from the cockpit view (as you should) then prepare for dirty, wet, or broken windshields that will have you struggling to see the road ahead.

Things get much more exciting and a bit more traditional when you tackle the Rallycross mode that puts numerous cars on the same track as you attempt to shave those precious seconds off your lap times. I did find the AI a bit dumbed down in this mode; perhaps to ease newcomers into the experience, but the difficulty does rise and eventually spike the further you advance.  Rally racing requires meticulous precision and harmony with your environment while rallycross lets you open up and drive wild. 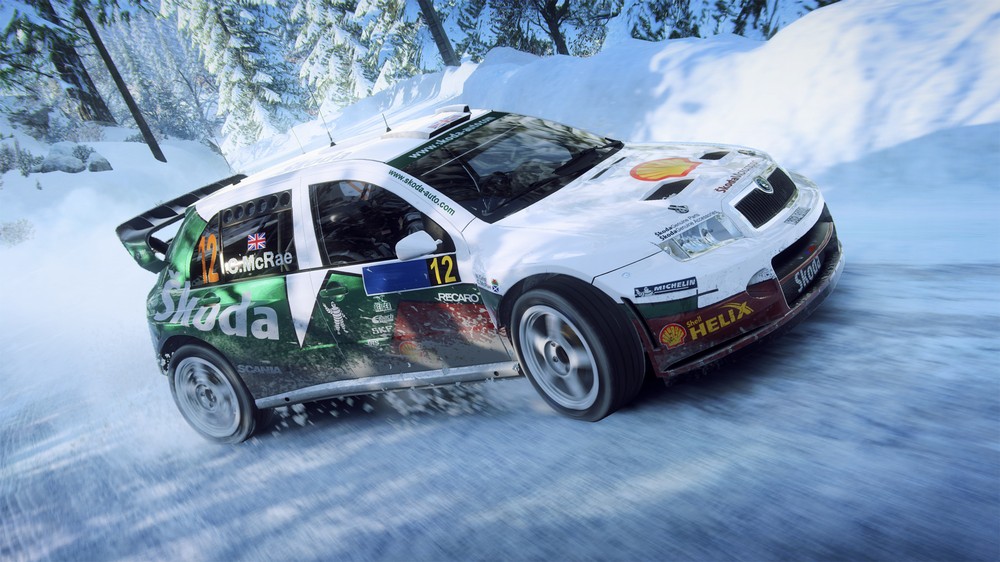 I reviewed DiRT Rally 2.0 using a GTX1080ti card with all settings maxed, and the game was buttery smooth at 60fps on my 4K OLED. There was a perfect amount of motion blur that enhanced the sensation of speed, and the level of detail in the road and trackside environments was often distracting. I really appreciated the reflective puddles of water on the road or trapped in the ruts of previous tire tracks. The HDR lighting was on point with gorgeous sunlight, lens flares, god rays, and detailed shadows that made driving through heavily forested areas that much more intense.  The audio was equally awesome with pleasing music in the menus and load screens and powerful engine noises and vehicle sound effects during the race.

My only real issues with DiRT Rally 2.0 are the sparse amount of tracks and destinations and the way some of them are gated behind the season pass. Those core six countries only have 12 stages each and these are often reversed or remixed versions of a longer section of the course resulting in some déjà vu a few hours into the game. While my review copy included the season pass I have heard from others playing just the core game that many of the community events require access to content you might not own, and these daily events are often crucial to many racers as a profitable means to earn in-game currency to hire team members and maintain your stable of cars. Thankfully, there are fun and historical freeplay races that pay out additional game bucks. 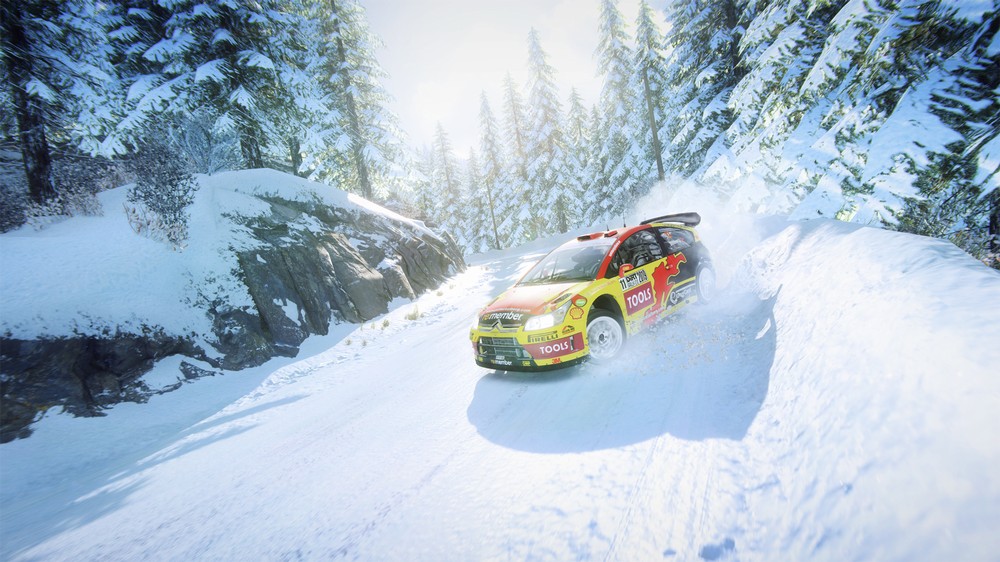 With the scales tipping heavily toward simulation versus arcade fun, DiRT Rally 2.0 is not for the casual racer. This game is targeting those who really enjoy the niche appeal of off-road and mixed-surface racing along with the casual bout of rallycross as well as all the minutia of managing a well-oiled race team.  As with most detailed simulations of this type, you’ll get as much out of DiRT Rally 2.0 as you put into it. A killer PC and a quality racing wheel will certainly help, but it’s going to take hours of patience and practice to become a rally legend in this ultra-realistic sim. 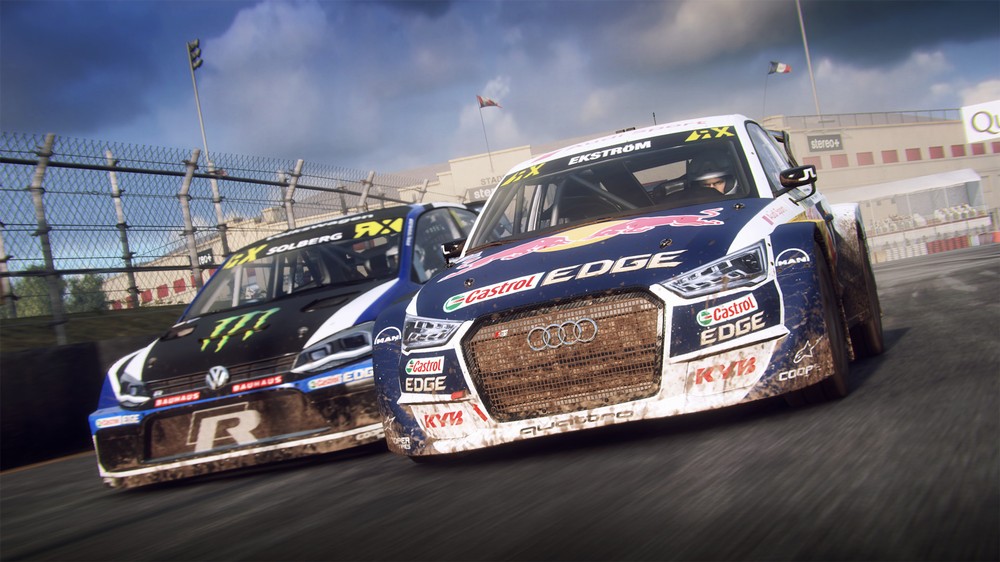