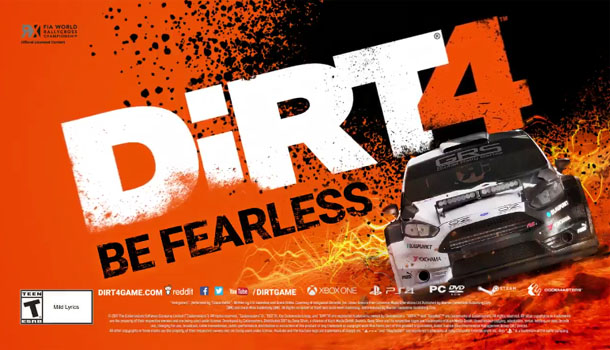 The best DiRT game in the franchise

After several weeks of losing myself in DiRT 4 I am confident in saying this is easily the best DiRT game in the franchise. Codemasters has refined their existing formula that perfectly blends arcade fun and hardcore enthusiast, catering to both the casual racer and someone like me who dedicates an entire weekend to a marathon session of the career mode.

There are numerous ways to enjoy DiRT 4, but I recommend you head to the DiRT Academy where you will learn all the skills needed for winning events later one. Even this old dog learned some new tricks. Joyride is basically the free-play area of the game where you can complete various challenges and hone your skills. Landrush brings it home for me with short-course dirt racing in buggies and trucks set in California, Nevada, and Mexico. I’ve done some of this in real life and was amazed at how well the game captures the intensity of the real sport. 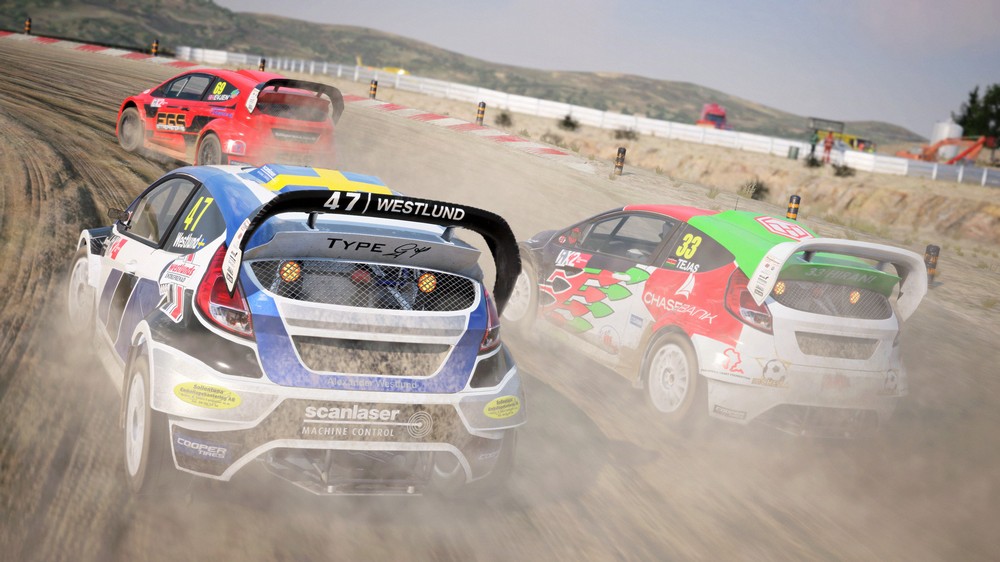 Of course this is all leading up to the comprehensive career mode where you not only get to drive the car but also micromanage your entire racing team. Your team represents the variables in a complex behind-the-scenes spreadsheet of formulas. Hiring better people might cost you a larger percentage of your winnings, but do you really want to skimp on a mechanic who may not be able to fix your car in the allotted time? This system of progression goes beyond people. If you want to equip higher level parts on your vehicle you’ll need a higher level parts department. Progression is a mix of leveling up through earned XP and reinvesting your winnings.

While all of this non-driving stuff might turn off players who just want to race I actually appreciated all of these underlying mechanics that served as tangible reasons for my racing. It was like I was supporting my own little family rather than just plodding my way through a checklist of events and races. My success was their success, as we earned new sponsors, received more invites, and ultimately earned more money. 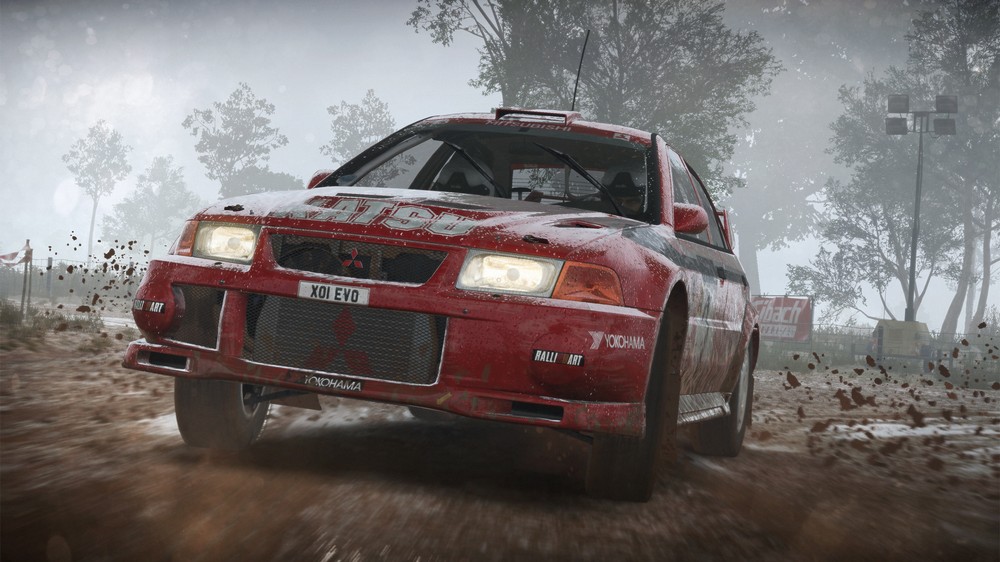 A racing game is only as good as its controls and physics and DiRT 4 shines in both areas. The first half of my review time was spent on my PC with triple-monitors that for some reason are still not supported by the DiRT franchise. You can play on three monitors but the image is stretched and looks weird; a sacrifice I endured because I wanted to play with my G27 racing wheel, which honestly is the only way to play this game…with a wheel.

But as the proud owner of a new LG 4K OLED and a 1080ti card, and the fact that DiRT 4 supports 4K resolutions I rearranged my game room to play on the 65” display. For the first few hours I played with a gamepad – because my wheel and pedals aren’t easily moved – and I have to admit that the game isn’t entirely unplayable with an Xbox controller. There is still a lot of oversteer and it’s way too easy to go all or nothing on the gas, but the game looks amazing in 4K, revealing all sorts of details in the scenery and the cars themselves, especially when the dynamic damage starts to stack up. Plus, I found the experience of playing on a 65” just as immersive as triple screens. 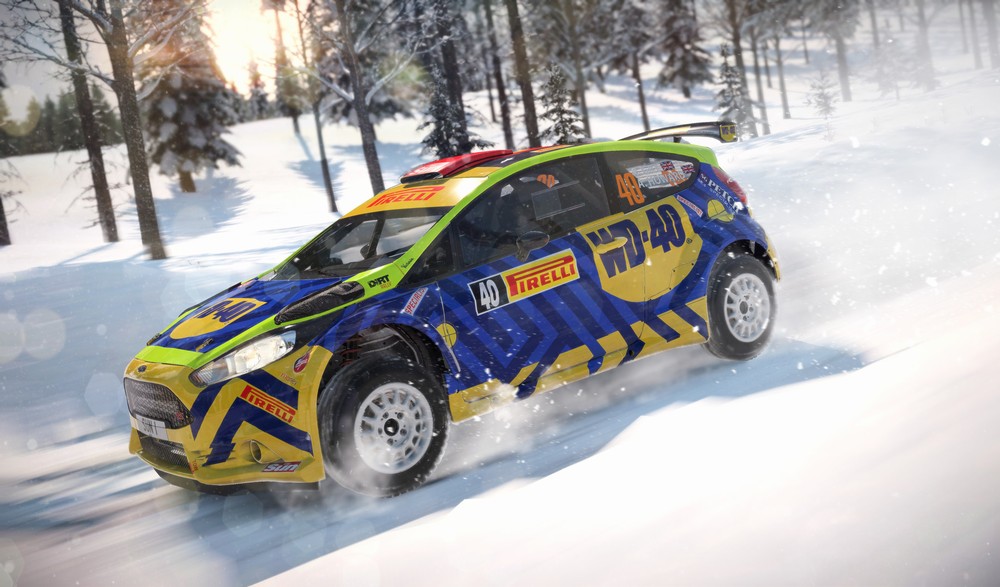 The audio package is very good with surround support and dynamic audio that changes based on your chosen view. I really enjoyed the voice work; especially that of my female co-pilot who not only called out my turns with accuracy and perfect timing, but also offered words of encouragement between events. The soundtrack is a fantastic mix of contemporary tunes that fit the theme of off-road racing without being overly stereotypical of the genre.

DiRT 4 has some realistic physics that start off a bit floaty until you start tweaking the settings, but once you lock it down this game can be pure sim. A dynamic weather system can also affect track and driving conditions, which can all be countered by pre-race tuning. I did enjoy the fact that if it rained in one section of an event the track would be wet with puddles in the next. There is also an improved damage model for both superficial body damage and various key car components.   Repairs cost money and time and you can either have your mechanic recommend repairs or go through and pick each repair individually. If there is too much damage you may have to make some hard choices. 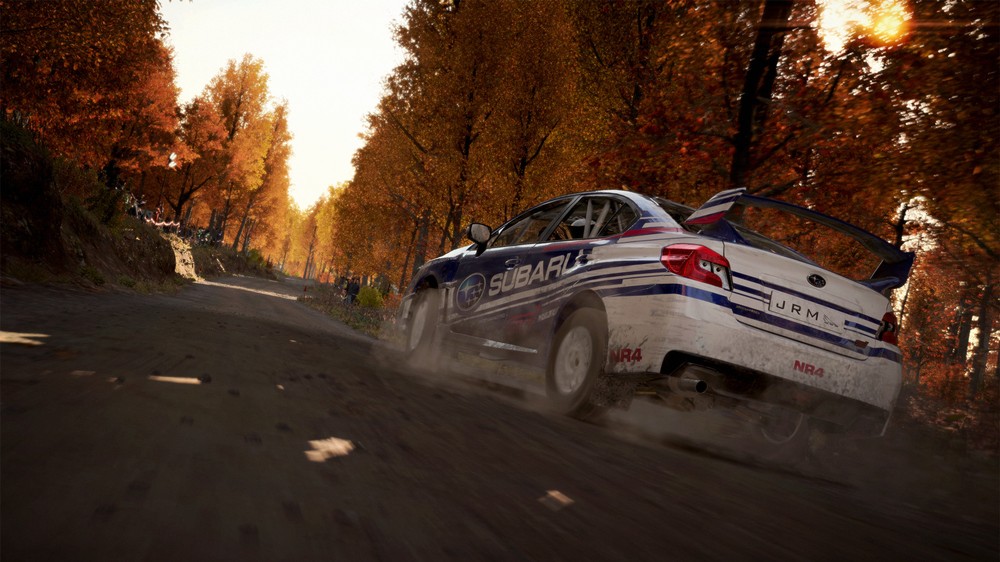 There is a wealth of content in DiRT 4 starting with more than 50 authentically modeled and gorgeously rendered cars from the off-road racing world. I was disappointed in the overall lack of racing venues. There are only five countries; Australia, Spain, Sweden, USA, and Wales, and while they claim these five areas offer millions of routes, any two races in Michigan looks nearly identical. But I guess we aren’t here for sightseeing. Admittedly, each of the countries that are here provides some epic vistas and intricate track design opportunities.

Adding near infinite replayability is the new Your Stage tool that allows you to create countless stages at the press of a button. Just pick the location and set the route parameters and the program does the rest, then you can set your best time and challenge your friends to beat it. But that is only the tip of the multiplayer racing in DiRT 4. An entirely new Racenet experience provides improved access to cross-platform leaderboards, live ladder, leagues, and tournaments, and a state-of-the-art CREST telemetry system. Matchmaking is surprisingly fast and there seems to be a growing community of drivers nearly a month after release.

DiRT 4 is a stunner, both with its 4K visuals depicting some of the dirtiest racing ever brought to a video game, as well as the surprisingly deep underlying systems and formulas that go into running a racing team. We’ve come to identify the sport of racing by a sponsor logo or a driver’s name, but it takes a group effort to put a driver in a car and have him win races. DiRT 4 taps into this concept perfectly while maintaining the perfect balance of driving and non-driving gameplay. Fans of the old Colin McRae Rally games or any of the previous DiRT games will appreciate just how much this series has matured and evolved into the outstanding off-road racing game Codemasters has delivered with DiRT 4. 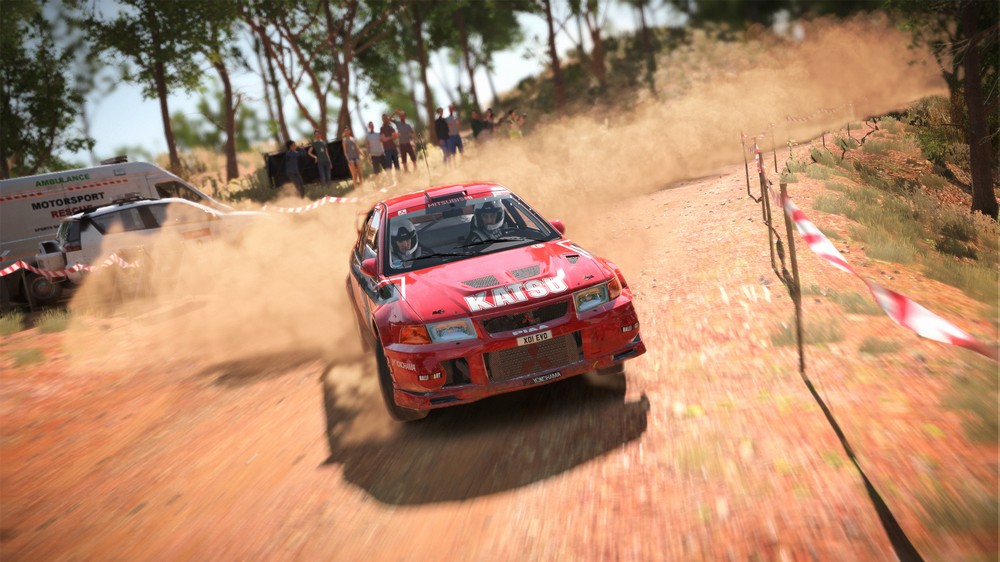 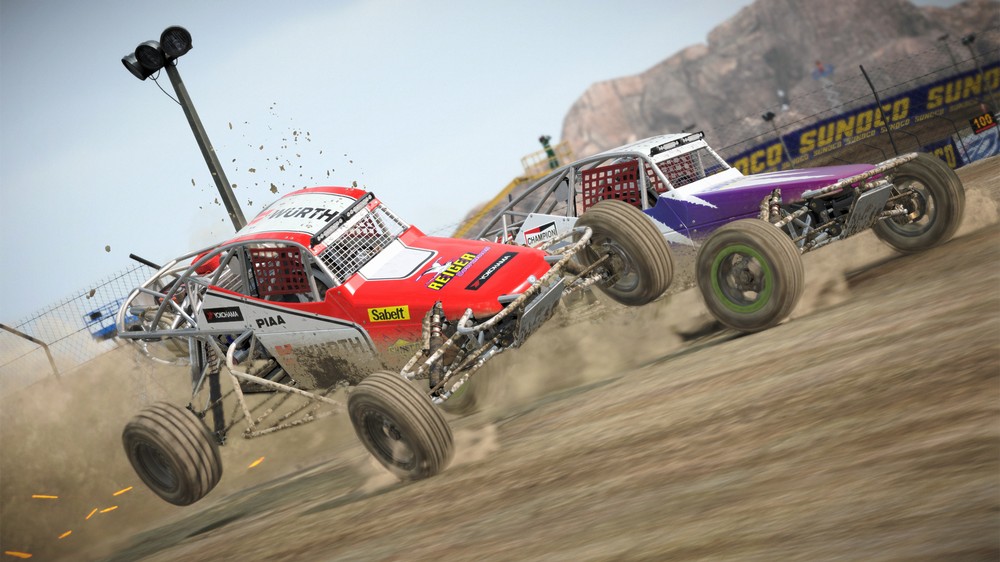 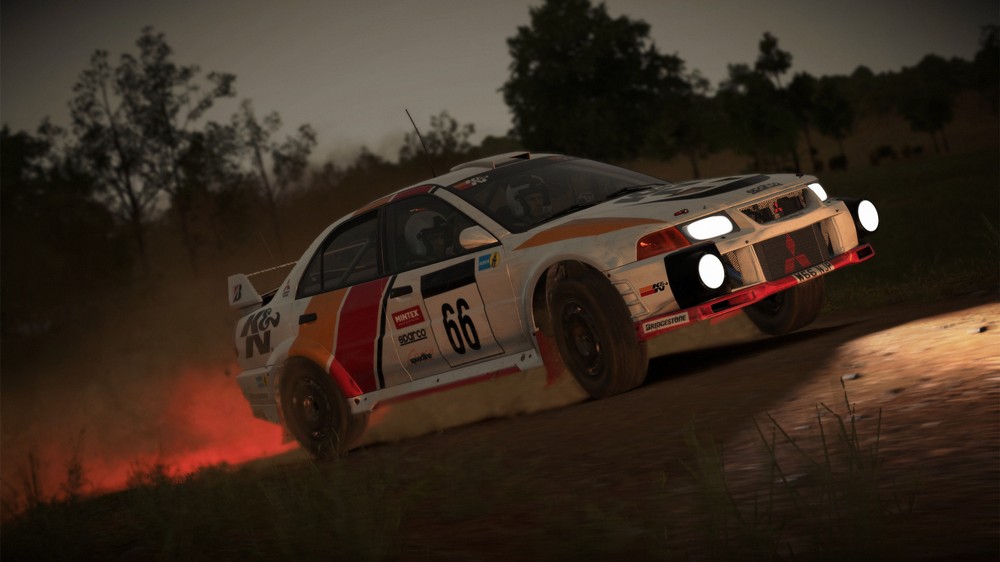 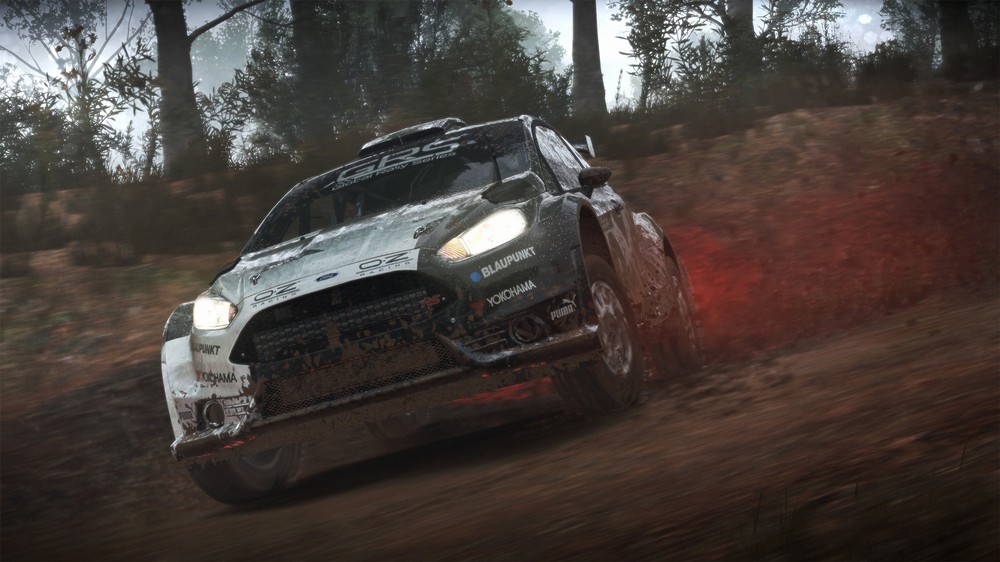