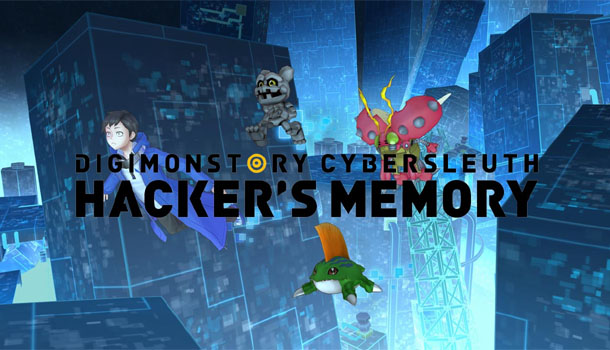 Clearly targeted and best experienced by fans of the franchise.

I will start by stating that if you have not played the original Digimon: Cyber Sleuth (which I did not), you will be absolutely lost in Hacker’s Memory (which I was). The developers assume that any gamer willing to shell out the full $60 for this side story already know all the mechanics – and most of the storyline – of the original title, and don’t really do a whole lot to slowly introduce gamers to the highly complex world of Digimon. 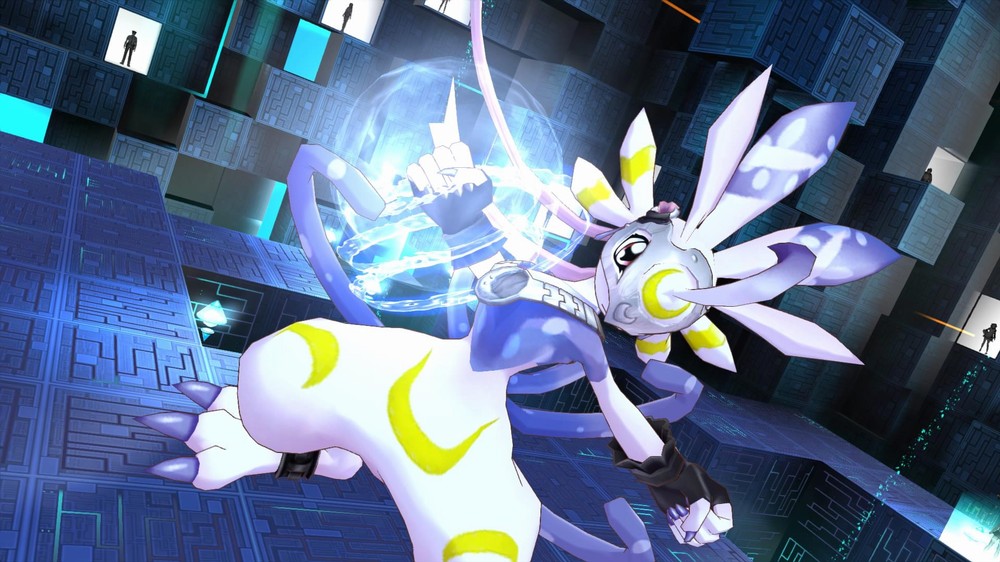 I had to do some serious research simply to make heads or tails of the already on-going story I was thrown into, and I still felt like I was lost pretty much every step of the way. Luckily Digimon is never too taxing in difficulty, so it was relatively easy to simply plod along and still enjoy success.

From what I gathered, Hacker’s Memory tells the story of Keisuke, a high school student whose identity has been stolen by hackers. Much like in Mr. Robot, a mysterious character approaches Keisuke and recruits him to join Hudie, an underground (anti)hacker group who can not only help him get his identity back, but also put a stop to the other, more nefarious, hacking groups terrorizing Eden. 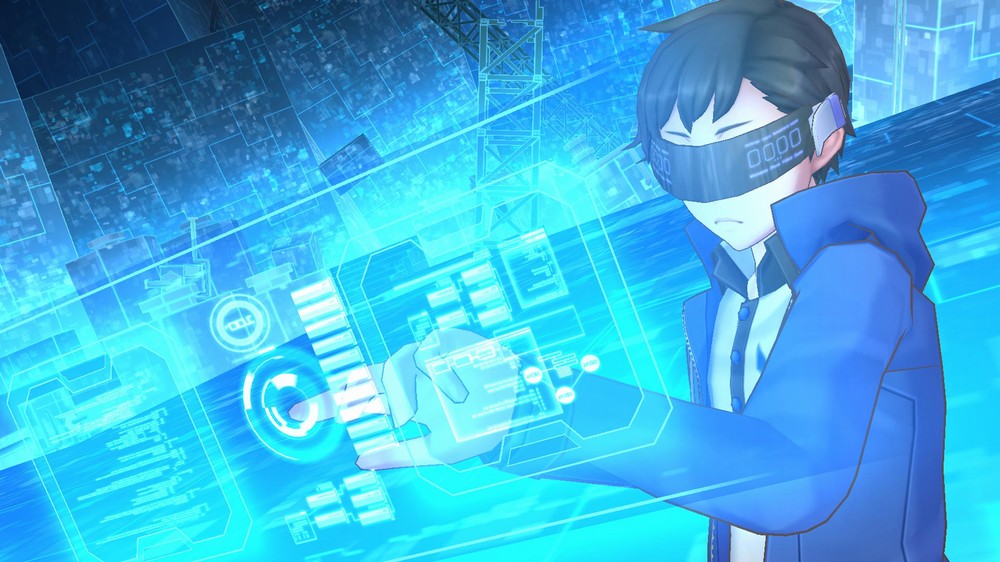 With the various areas to be explored, both online and off, Hacker’s Memory packs hours upon hours of gameplay. Reports state that a complete playthrough can last upwards of 75 hours – meaning the dozen or so I put in hardly put a dent in the overall experience. Still those hours provided ample time to explore the school, surrounding Tokyo City, and the digital world of Eden.

Hacker’s Memory is incredibly thorough; with endless verbal (subtitled) conversations requiring menus of verbal responses, pages of emails to be read and answered, and hundreds of Digimon to be caught, bred and evolved. The result was as impressive as it was tedious – with so many options it was easy to feel overwhelmed. The game’s system of Digivolving and Digi-devolving the various Digimon encountered in the game alone could take 5-10 minutes at a pop, and that’s before you ever throw them into the slow-paced turn-based battle. Many gamers live for this level of detail and for them Digimon: Cyber Sleuth – Hacker’s Memory will be the holy grail, but it definitely an acquired taste that won’t appeal to everyone. 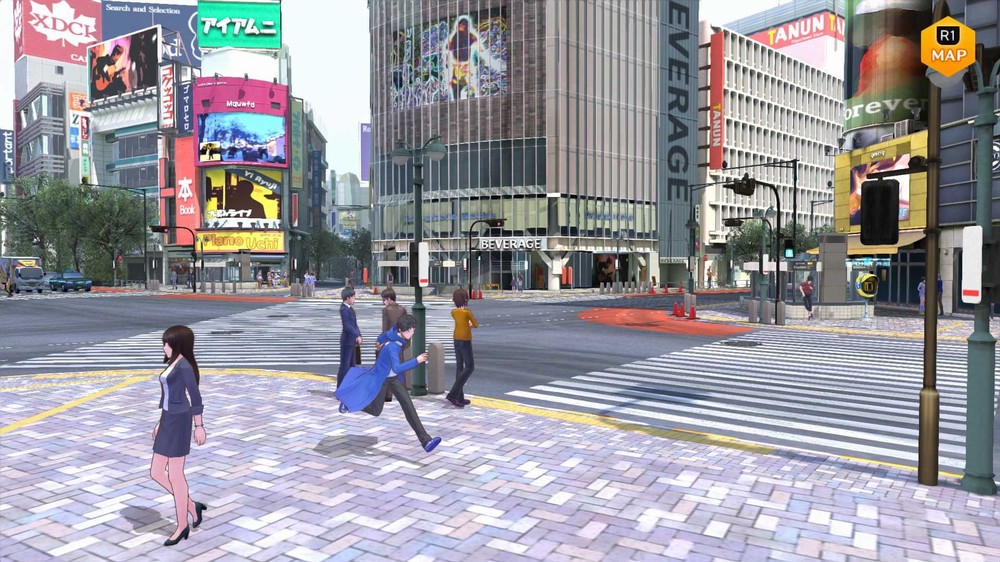 Visually, Digimon: Cyber Sleuth – Hacker’s Memory is impressive for an RPG. With a definite Anime vibe, the onscreen movement is fluid and quick and overall is quite enjoyable to watch. Tokyo is bright and alive with movement, and Eden is a gorgeously stark nod to the digital dystopian paradises enjoyed by fans of Tron and Blade Runner. The Digimon themselves are impressively modeled, and the camera angles give them a nice sense of scale and dimension.

No surprise, all the dialog is Japanese subtitled in English which makes for a lot of reading – again, I know plenty of gamers and anime fans love reading hours of dialog, but it’s not really my cup of tea. On the plus side, the soundtrack is loaded with upbeat and exciting electronic tunes that help add a sense of intensity to the slow-moving battles. 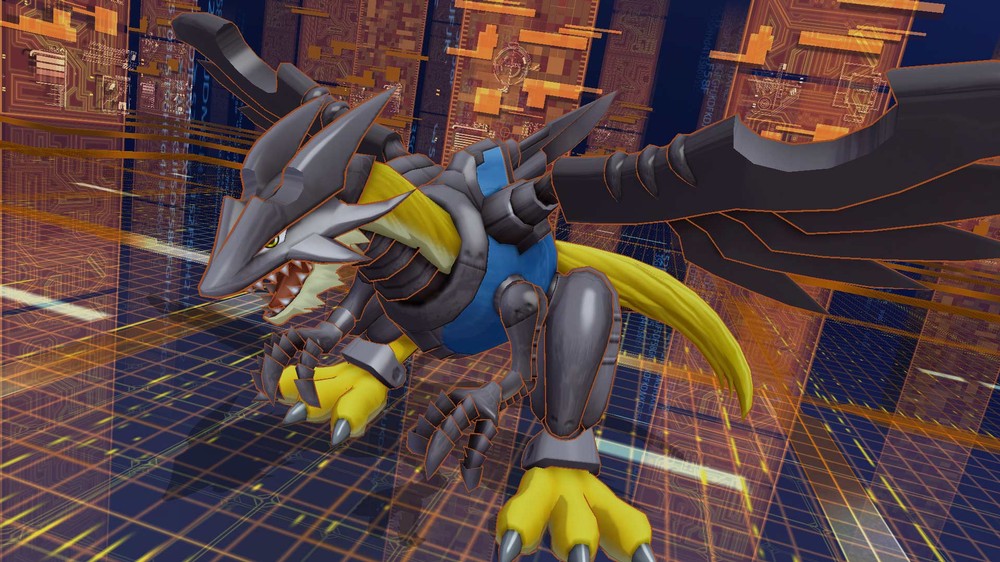 Digimon fans are going to enjoy Digimon: Cyber Sleuth – Hacker’s Memory, especially if they played the previous title for which this is technically a side story. I myself was a bit lost in the story and the various characters, but it was clear that the developers took great pride in delivering a game for the hardcore Digimon crowd.