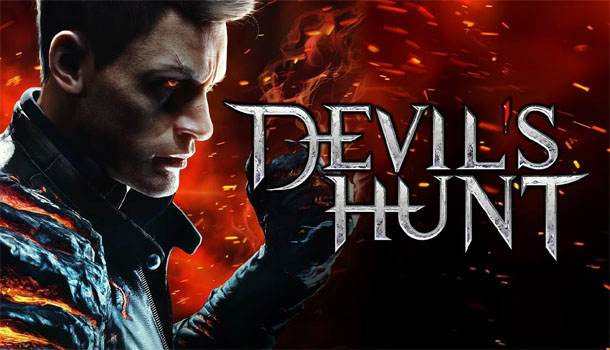 + Potential for something good

- FATAL ERROR one-hour into game
- Average to below-average effort in every facet of design and production.

A broken and unplayable game from a now-defunct studio.

I’m a little late to the party for reviewing Devil’s Hunt, but given this time of isolation combined with the annual Spring cleaning of the folder of forgotten game reviews plus the current weekend sale of the game on Steam, now is the perfect time to post my warning…err…review of this terrible game. What can I say? Screenshots don’t lie…until you play the game from which they were taken. Clicking through the images on Steam the game looks good, as do the carefully edited videos and trailers, but that all falls apart the moment you start to play Devil’s Hunt.

Make no mistake; this game desperately want to be the next Devil May Cry, a fact painfully obvious when the prologue starts up and has you playing Desmond, a wedge-shaped fighter traversing a fiery cityscape overrun by the spawns of hell. Movement is slow and actions like climbing or vaulting are all handled with a button tap and canned animations. In those first few minutes you’ll learn a light/heavy punch and a dash move used to pummel a dozen or so demons and devils before facing off against a big boss fight that will test everything you have learned up to that point including your patience. 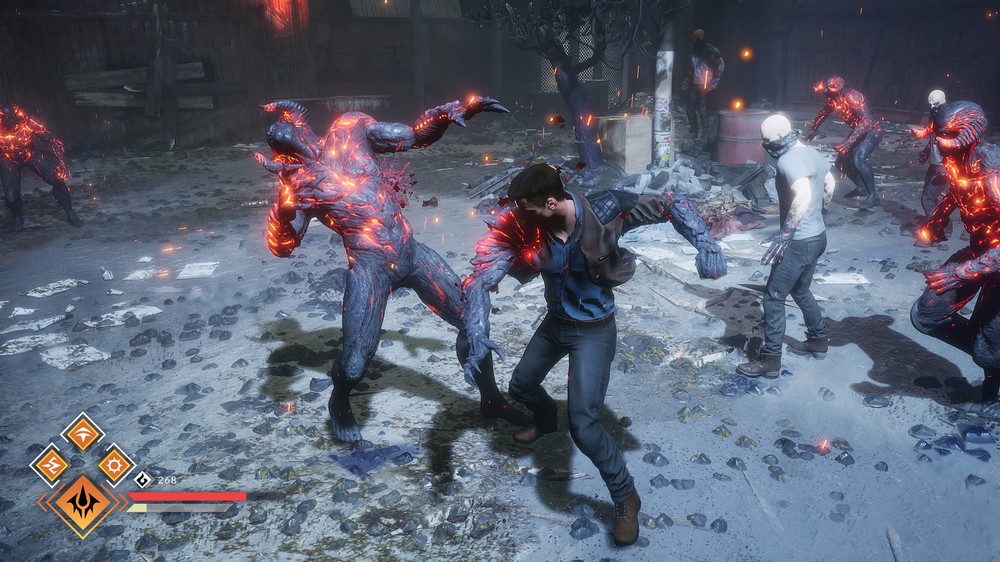 Beat this big bad and wake up from your nightmare to find yourself in the real world, a luxurious waterfront mansion complete with fancy sports car and slutty-hot girlfriend you are planning to propose to that evening. You can explore your surroundings to find random interaction points where you can pick-up and read things, trigger narrative moments, or just mess around. Everything you do in Devil’s Hunt is done with the A button; even navigation and platforming as learned in the opening tutorial. This combined with the stilted walking animation and the lack of a run button makes the game feel very slow and last-gen.

After you explore your fancy home you hop in your convertible and head to the office where you meet your disapproving dad – classic spoiled rich kid story. Turns out you mom is dead and you make bad business decisions by day while fighting in an underground fight club at night; a perfect outlet for your anger issues clearly exhibited when you punch an elevator for taking too long. Later that night you propose and she accepts – or does she? She never actually says yes. The next day you hit your private gym, punch a bag 3-4 times then head to the big fight where you promptly lose to a Frenchman with demonic red eyes. Dad is so disappointed, but not as much as you when you return home and find your fiancé in bed with a security guy from the office.

Keep in mind we are about an hour into the game now and not including the tutorial I’ve used my controller maybe 20 times to interact and throw punches. As this non-interactive drama continues I chase the dude out of my house and speed after him in my convertible eventually crashing and flying off a bridge into the ocean. When Desmond wakes up he is on the beach below the bridge only for a moment before some sinister cloaked stranger sends him plummeting to hell. 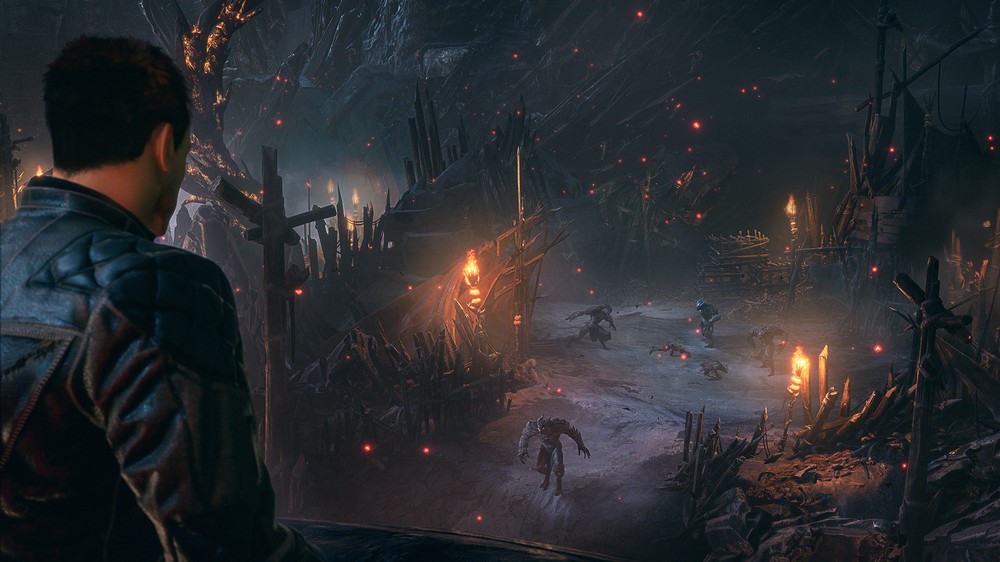 This hellish landscape look suitably threatening, with horrible demons rising from the blood-like waters and other creatures lurking around the edges of the level creating all sorts of dread. Just as things are starting to get good (for us – not Desmond) he stumbles on a big demon attacking a smaller one and utters those fateful words, “Hey! Leave that…something alone.” which promptly triggers a FATAL ERROR and my game is over. This is a repeatable, well-documented error reported by numerous gamers that still exists six months after release, and from what I can tell, the studio behind the game is no longer in business, so I don’t expect a patch anytime soon.

Admittedly, Devil’s Hunt wasn’t going to get a good score even if I had been able to play for more than an hour. I could tell from what I played how this was going to go, and this was clearly a low-budget attempt to cash in on the DMC craze with minimal effort. While the character models looked okay in close-ups, their full-body models weren’t the best and the animation was poor. The scripted dialogue was average and the voice acting was below-average. The overall lack of interactivity with the game had me losing interest and when I did get to “play the game” it was either tapping the A button to do something or mashing the RB/RT to fight. The combat was very detached and not fun.

With all that said, stay away from Devil’s Hunt. Steam should take this off their store as it is a broken and unplayable game from a now-defunct studio. Don’t let that 75% discount tempt you. If you crave some demonic gameplay with awesome combat then check out Devil May Cry 5 instead. 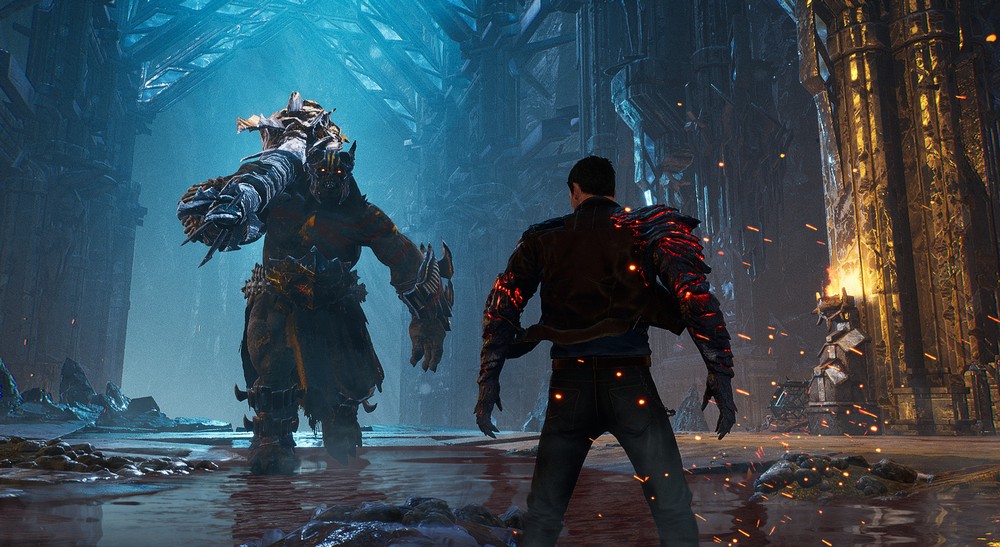 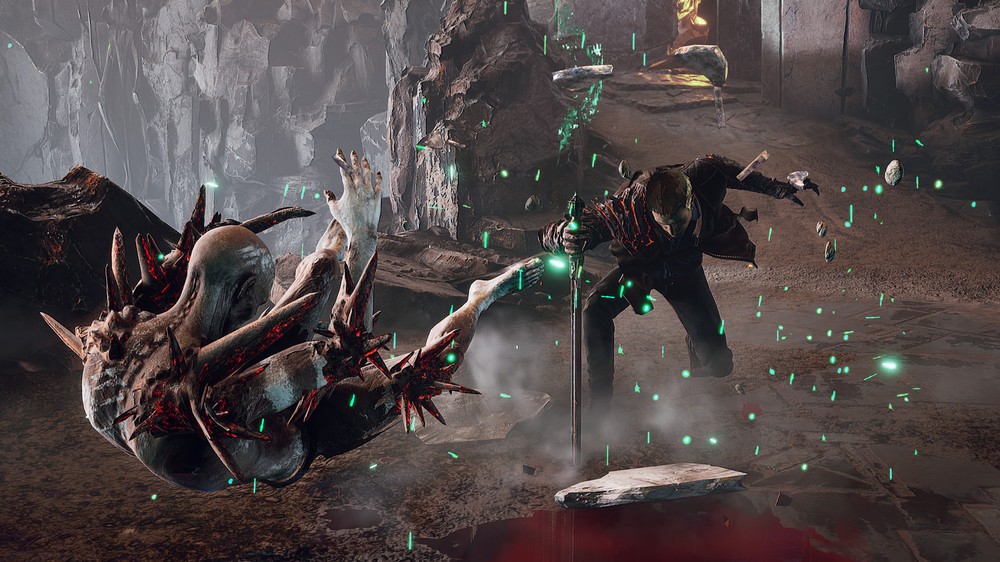 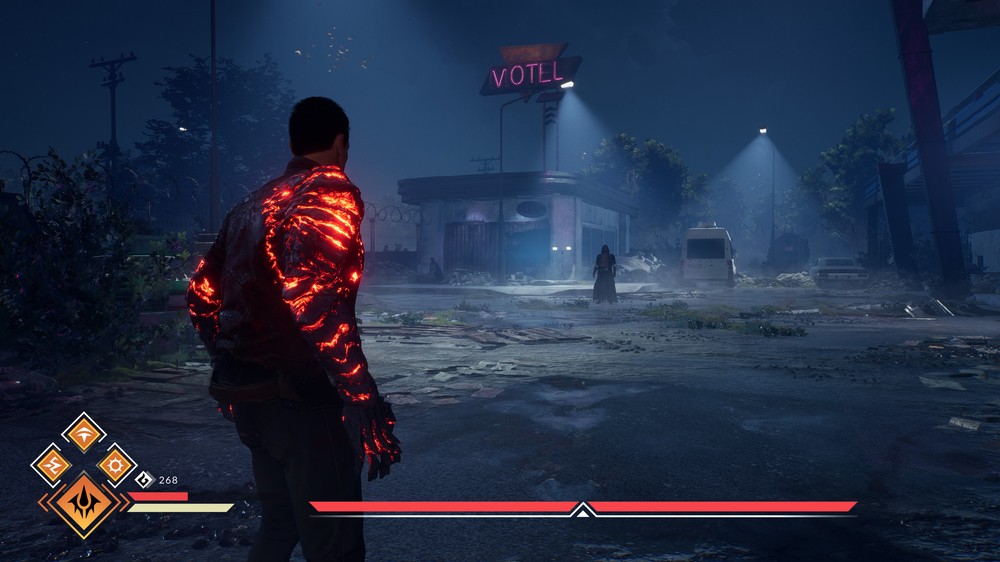 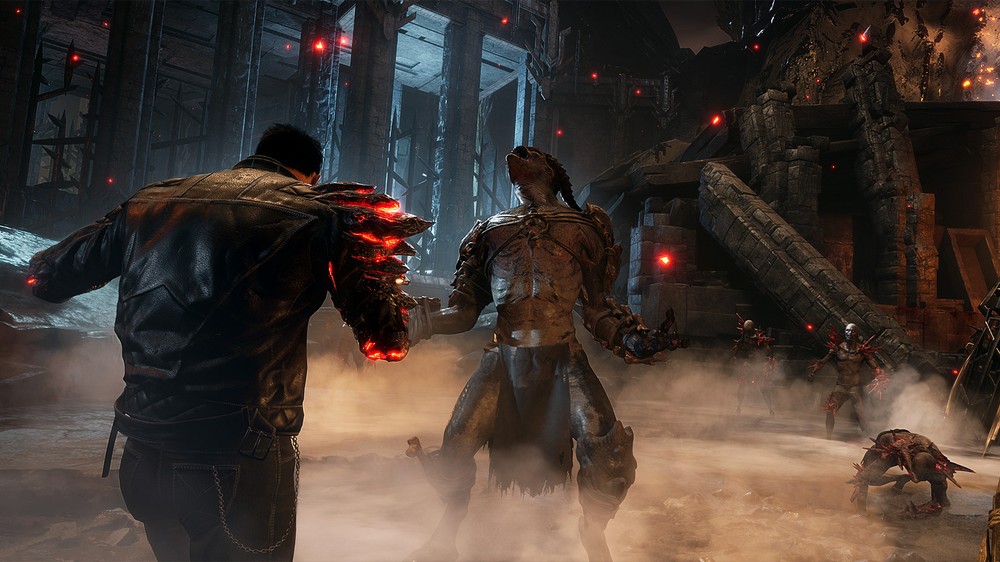 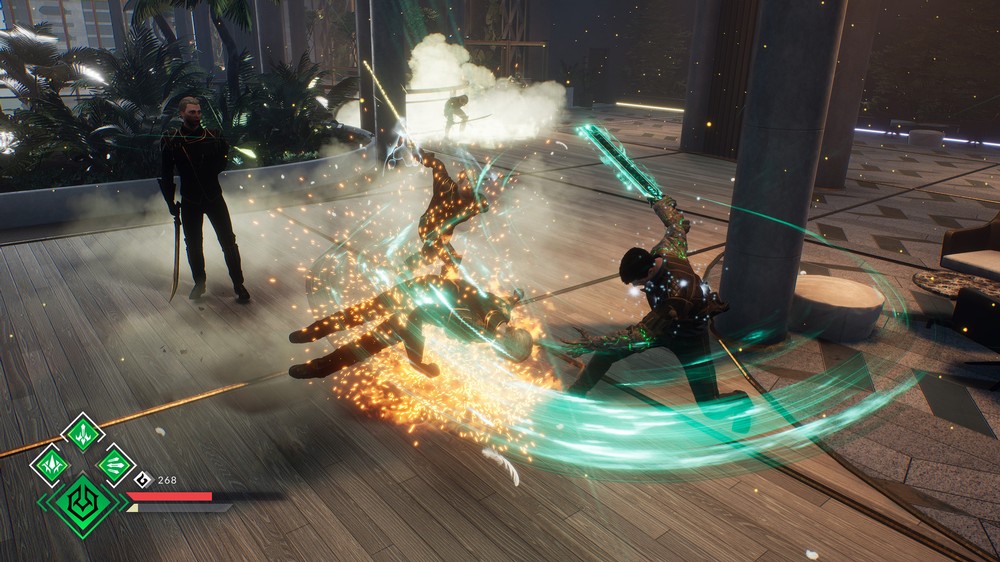 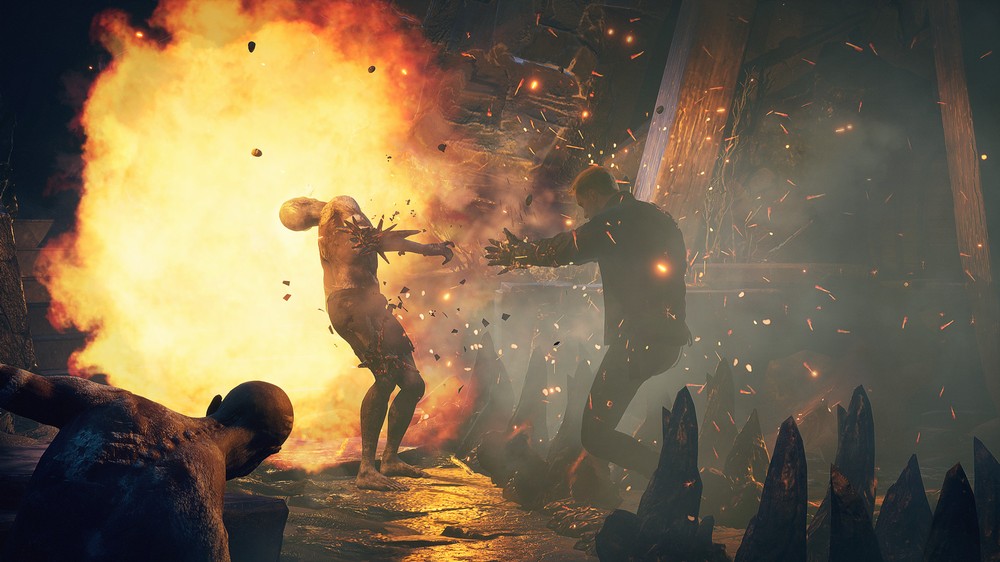