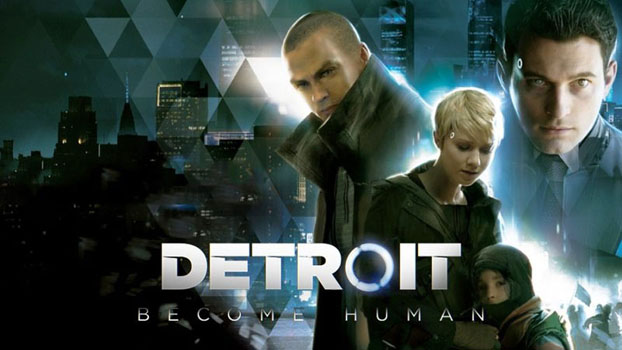 One of the most elaborate pieces of interactive entertainment this generation.

David Cage games have become a genre of their own; part interactive cinema, part choose your own adventure, and until recently with the arrival of all three of his games on Steam I had never had the opportunity to play them sequentially within a short span of time to appreciate the evolution of game design and the technology behind this innovative method of storytelling.  Detroit: Become Human  is the third game to follow fan-favorites, Heavy Rain and Beyond Two Souls, and it uses everything learned from those games to create what is arguably the best and most polished experience to date.

This near-future adventure takes us to Detroit in the year 2038 where society seems to be doing surprisingly well thanks to CyberLife and their series of androids that have eased the burdens of mankind.  Androids have taken over the menial jobs as well as becoming caregivers, companions, servants, and even making up over half our military forces.  But even as the game begins we can see there is trouble brewing.  Human are becoming resentful of the androids who are replacing them in the workforce, and androids are starting to become self-aware, realizing they are nothing more than high-tech slaves.  The parallels to slavery and racism are painfully obvious as you explore Detroit.  Androids are segregated to the “back of the bus”, and there are establishments that don’t allow androids with posted signs that mirror the whites and colored only signs of our own history. 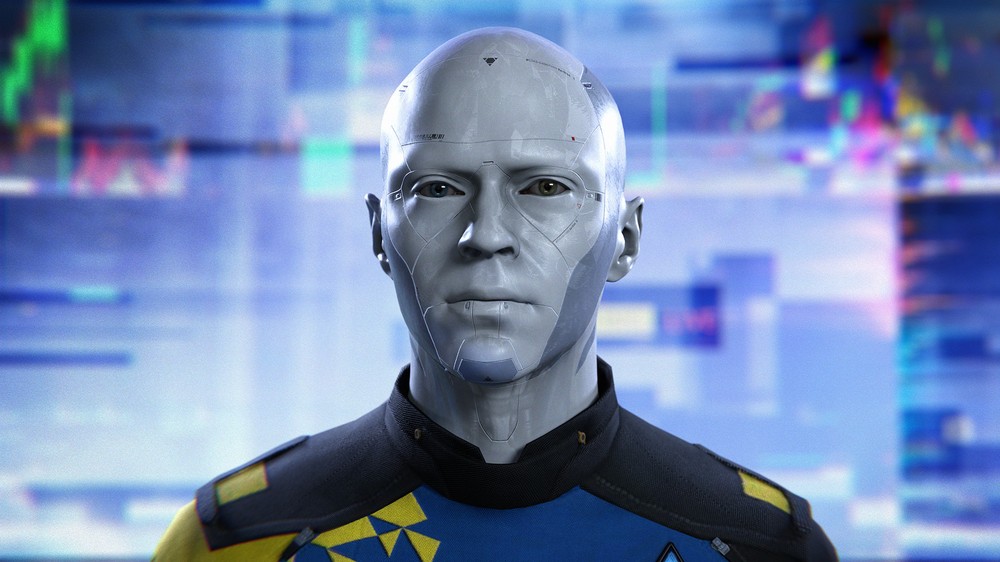 Detroit: Become Human tells the stories of several key people.  We have Markus, a caregiver for an aging painter who must go on the run after being wrongfully accused of murdering his owner.  Then there’s Kara, who we meet coming out of the repair shop after being damaged by Todd, her abusive drunken owner.  She is cook, housekeeper, and nanny to young Alice, but when Todd goes on a rampage Kara is forced to intervene and goes on the run with Alice.  And then we have Conner who we meet in the opening prologue as he tries to negotiate with a deviant android that has killed his owner and is threatening a young girl.  Conner is the most advanced android of his kind and arguably one of the most fun characters to play with his interesting ability to analyze clues and recreate crime scenes.

Detroit: Become Human divides the story across all three primary characters as it unfolds simultaneously, sometimes with paths and events crossing over.  This creates an unexpected dichotomy when you are forced to play both sides of a conflict with two main characters, and while it is tempting to influence the outcome with your own actions (or inactions) it is always best to play out the events as best you can and trust the designers.  When it’s time for the story to branch you are usually given an obvious decision point to guide the narrative. 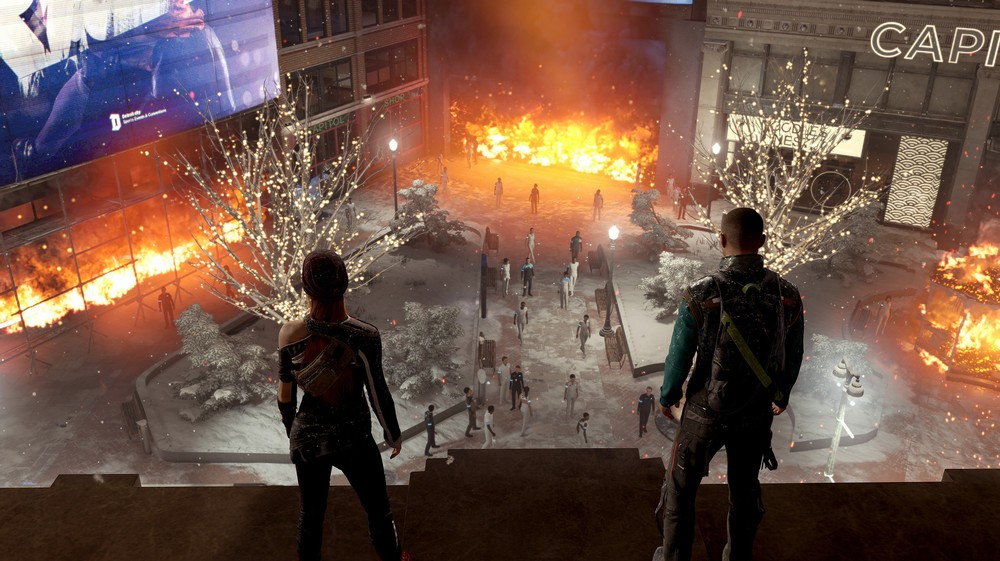 The story itself it quite engaging as androids slowly become self-aware and you (as Markus) are given the choice to change the world through violent rebellion or peaceful protest.  The relationship with Kara and Alice is surprisingly dynamic as you try to balance survival and setting a good moral example, but personally I found the whole buddy-cop drama between Conner and his human android-hating partner Hank some of the best moments in the game, as I would desperately try to make Hank like me.

Gameplay has evolved so much since the  first two games, not just in the technology that drives the mo-cap performances that create an experience that is more movie than game, but in just how interactive you can be within the game.  At any time you can activate a sensory overlay that highlights all points of interaction within the scene.  Quick-time events are intuitively overlaid with clear symbols for pressing, holding or rapid-tapping and you can often switch the camera for an alternate angle.  Detroit: Become Human does a great job of balancing gameplay and storytelling to create a casual flow of entertainment with frequent moments of engaging interaction and thrilling action set pieces.

Perhaps the biggest innovation of Detroit: Become Human is the story flowchart you get at the end of each chapter.  Behind every adventure game since the very first there has been some sort of flowchart that designers use to map out the story and encounters for their games only this time the designers have actually integrated this into the actual game.  After each chapter you can view your decisions and the path they created across small and simple or large and complex branching flowcharts.  You can even compare your choices with those of your friends or the entire world, but perhaps more important than what you did is what you didn’t do.  You’ll quickly realize that your choices and results are just a small contribution to what could have been once you see the “big picture”. 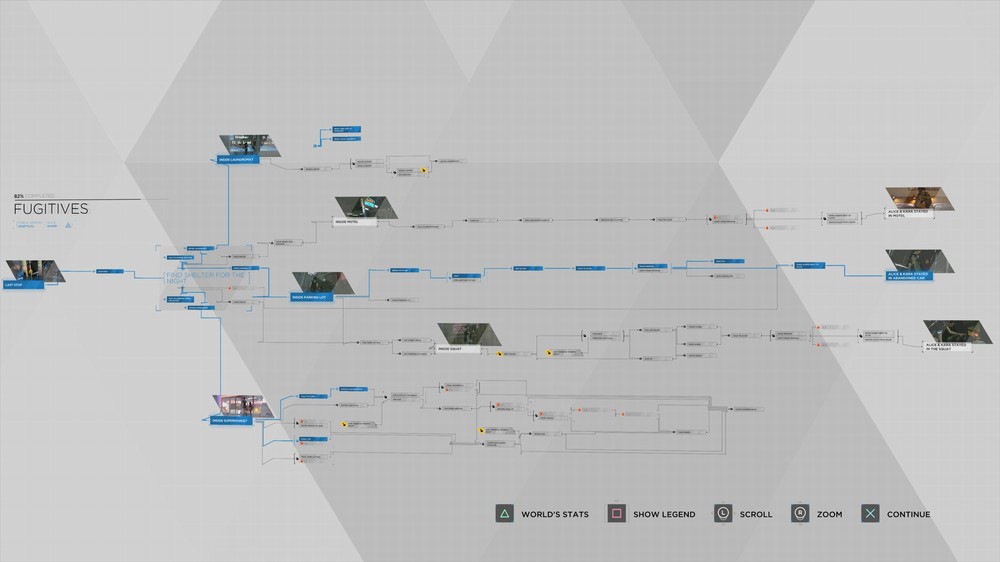 Most chapters have multiple endings and multiple branches to get to them while other branches are locked off entirely unless you have performed a key action in a previous chapter.  A good example is Conner who will be forced with a major decision near the end of the game, but one of your choices will only unlock depending on the way you played the entire game up to that point.  We always see the Telltale and Don’t Nod games brag about how “your decisions matter” in their games, but in Detroit: Become Human they really do and the flowchart will clearly show that.

While decision trees help to make Detroit: Become Human one of the most replayable adventure games ever the outstanding cast and performances make it one of the most enjoyable experiences within the moment.  David Cage has always locked down top talent for his games and this time we get Valorie Curry, Bryan Dechart, Jesse Williams, Clancy Brown, Lance Henriksen, Minka Kelly, and Ben Lambert just to name a few.  Whether you know all, some, or none of these actors you will still enjoy their total commitment to the characters they play in this game. 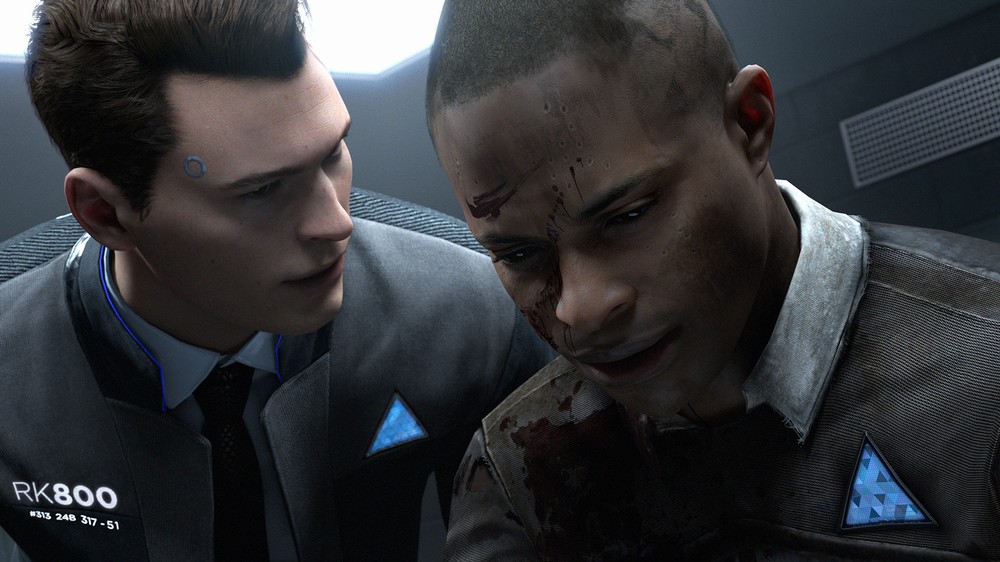 It’s nice to see this game make its way to the PC.  While totally enjoyable on the PlayStation the PC offers up a much higher presentation to those with the hardware to support it.  Seeing this game in 4K at 60fps was breathtaking as details and textures popped from the screen like never before. There is an undeniable sense of immersion with the game as you are greeted by Chloe each time you start the game and she will engage you with realistic small talk or maybe a pop-quiz.  She even comments as you navigate the menus.  There is also a nice rewards system in place where you earn points while playing the game that can be spent in the Extras section unlocking all sorts of artwork, videos, and behind-the-scenes content.  While they did their best to make the game work with a mouse and keyboard it is quite clear the game is best played with a controller.

If you love adventure games, interactive dramas, or state-of-the-art storytelling then you definitely want to check out Detroit: Become Human on PC.  Whether you play this 10-12 story once and live with your choices or fully play this game out to 100% completion (30-40 hours) to see every possible outcome, you will be captivated by every moment you spend in this dark and sometimes hopeful glimpse into a fictional future that could soon be our reality.

You can enjoy our entire playthrough of Detroit: Become Human with commentary in our 5-part series. 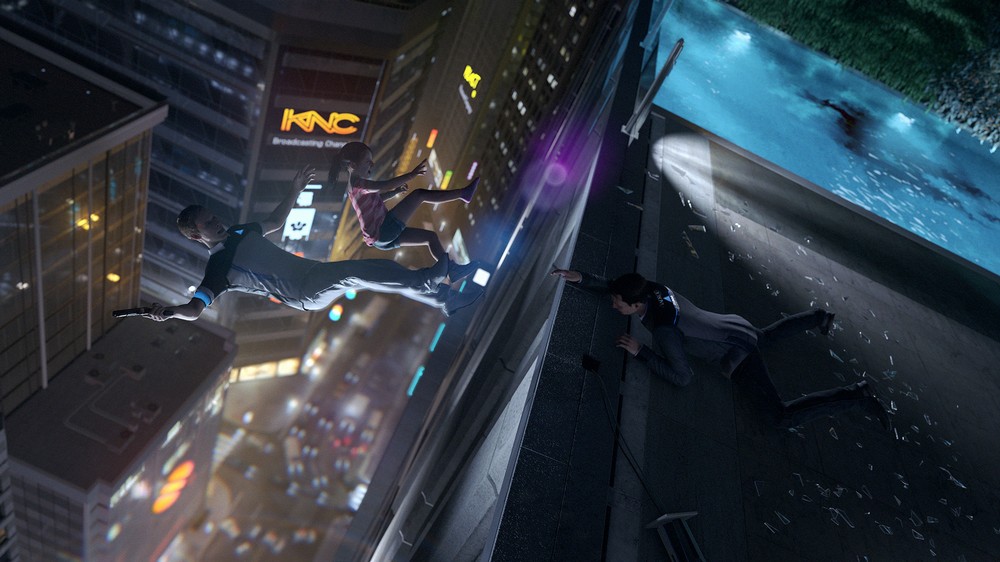 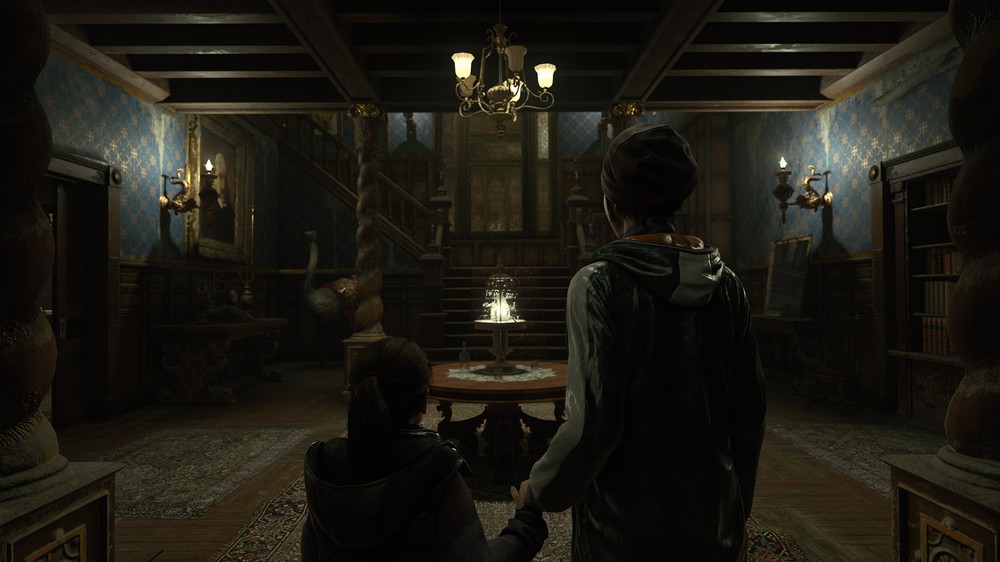 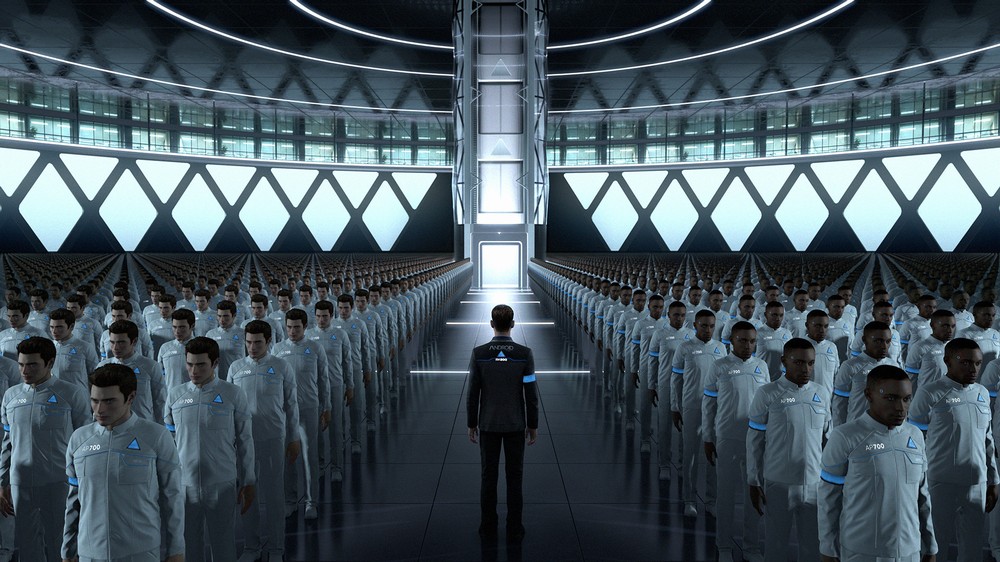 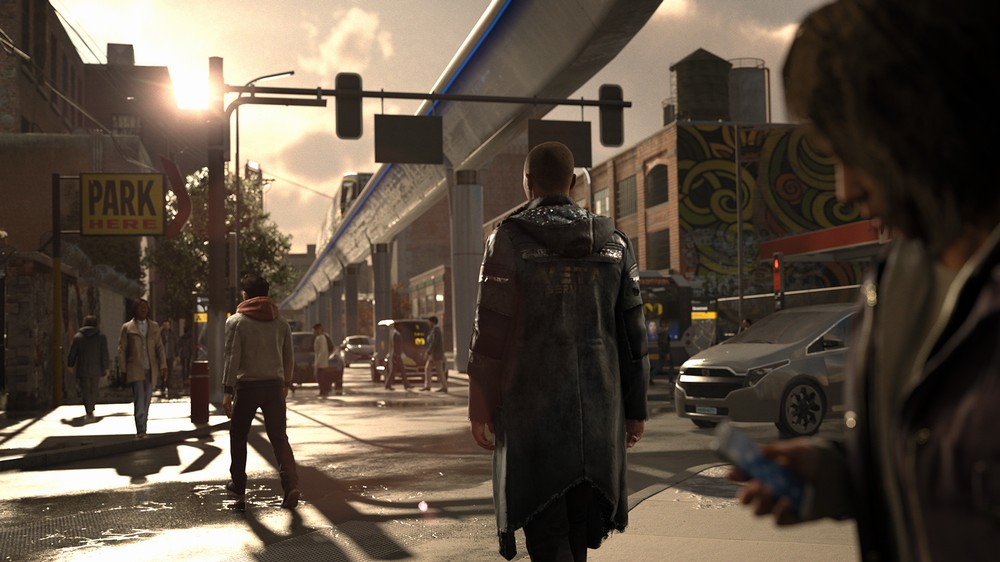 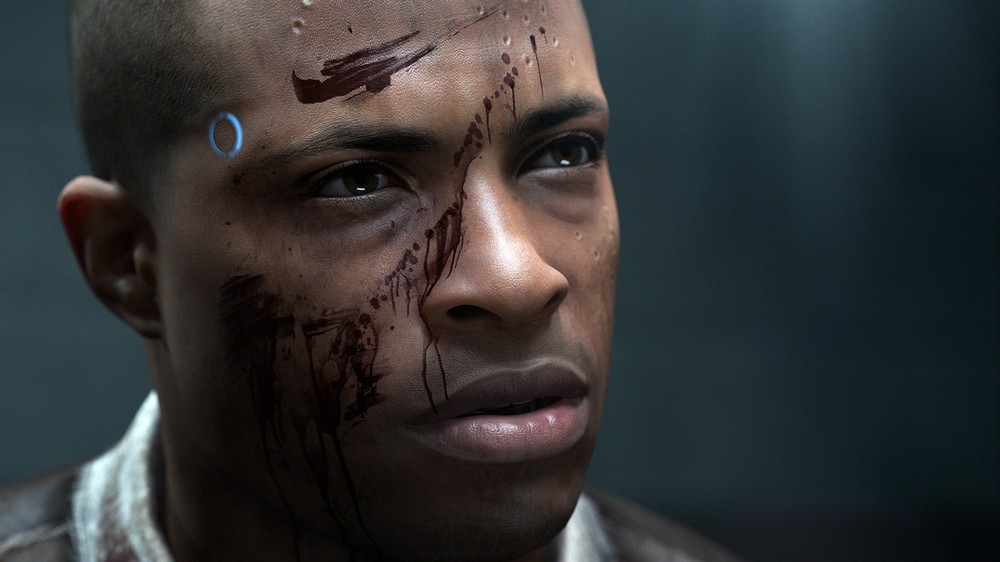 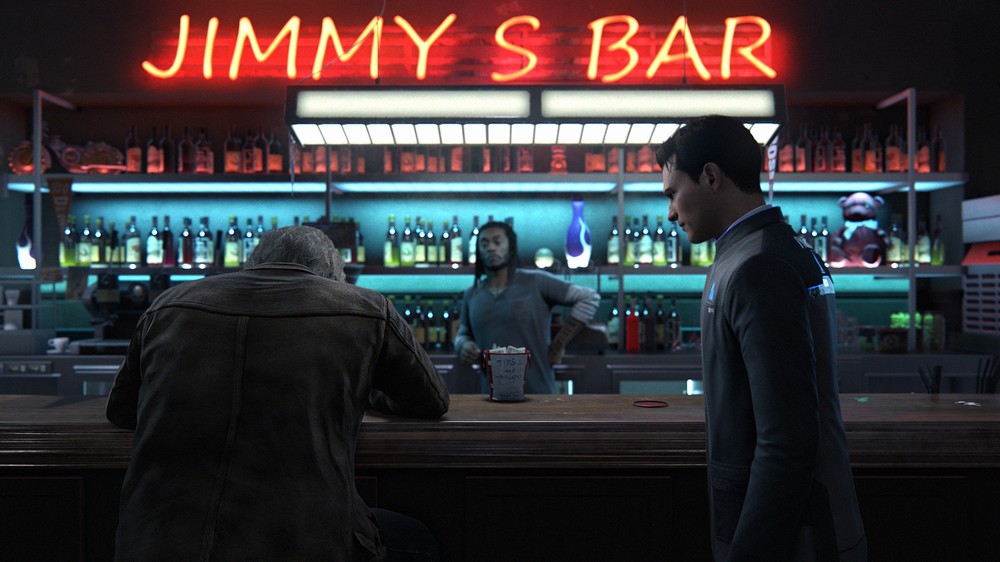