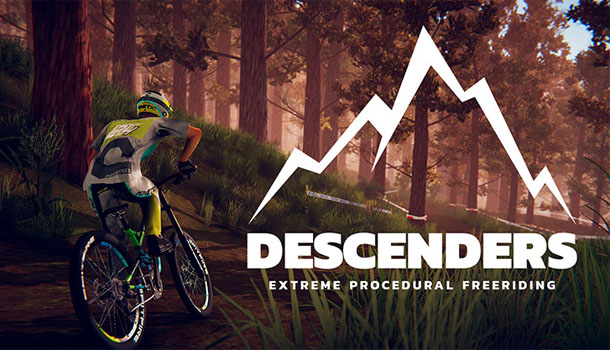 - Visuals are quite basic

A unique hybrid of downhill biking simulator and a fun arcade experience.

When I wrote about the Xbox Early Access version of Descenders, I commented on how the use of roguelike mechanics and simple controls created an addictive gameplay loop, but how the overall experience felt a little barebones and that the visuals could be a little better. Having now played the full release on PlayStation 4, I have to say that while developer RageSquid has fleshed out the experience somewhat, I enjoyed many of the same things that I enjoyed in the Early Access version but also shared the same concerns that the pre-release version brought with it. However, I also have to say that I still found Descenders incredibly difficult to put down and would happily return again and again in an attempt to beat my previous scores.

For those unaware of what Descenders is, the game essentially operates as a downhill biking simulator, giving you the chance to pick up serious speed and pull off some impressive tricks. There are a couple of major twists though, with the biggest being that Descenders places itself firmly in the roguelike genre, with procedurally generated stages and paths through the career mode, and boss levels capping off each environment. You’re given a limited number of attempts to beat each level, labelled in game as health, and your task is to make it as far into a run as you possibly can, with the ultimate objective of beating the boss jump in the fourth landscape that you visit. 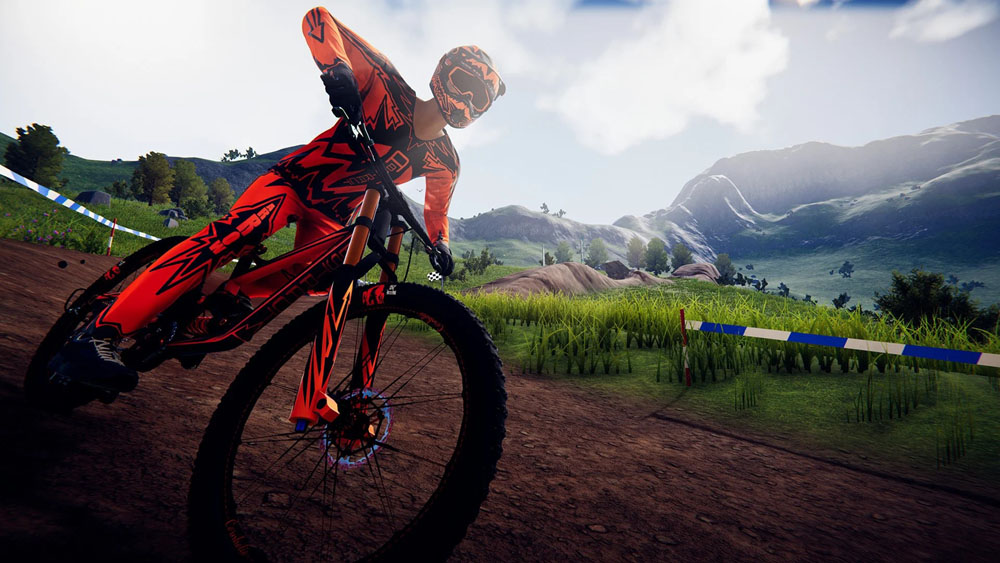 Though you start with a predetermined number of attempts, you can increase your cache by meeting certain bonus objectives in each level, which are generated alongside the stage and often depend on the particular challenge that a level presents you with. Stages are judged on three different criteria: Steepness, Curvature and Stunts, with steeper levels usually asking you to go as fast as possible or complete the stage without braking, and stunt-focused levels requiring you to pull off a certain trick or get a few seconds of airtime. Meeting these bonus objectives, particularly in the easier early levels, can give you a much better chance of progressing once the difficulty level starts to ramp up, as the extra supply of attempts can make a world of difference.

The other mechanic that can make success more easily attainable is the ability to add crew members to your team. These additions serve as modifiers to the levels, giving you a better chance to stay on your bike, placing more checkpoints on tracks, or making sure that levels are steeper or straighter, depending on your preference. Crew Members are unlocked as you meet certain markers related to RP, which is awarded for performing tricks, landing cleanly or riding at higher speeds. Essentially, the more dangerously you ride the more RP you will earn, but with the added risk of coming off of your bike and losing health. 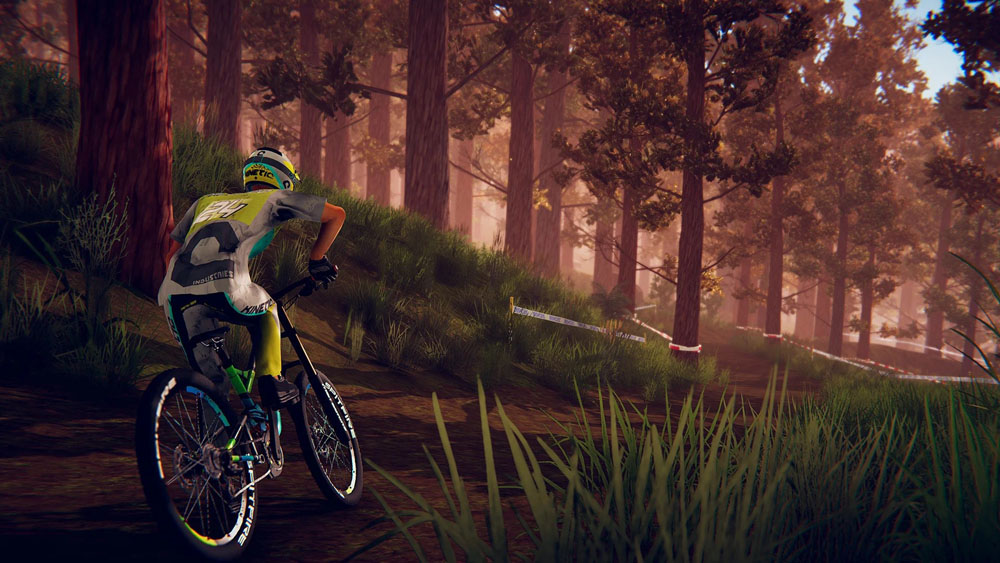 The chance to earn crew members and gain extra health before reaching the more difficult stages makes it encouraging to start a run in Descenders from the beginning each time, although there is the option to create a shortcut to later environments. To do this, you’ll need to beat the boss battle of a world three times, with each successful attempt making the next run more difficult to beat. Bosses are larger than normal jumps, such as jumping a viaduct or a canyon, and first time through you’ll only need to land the jump successfully to meet the objective. Later runs will require you to backflip the jump or pull off similar tricks, and though the shortcut is certainly worth unlocking, you’re likely to require a number of attempts to meet these objectives, which can cause you to quickly eat through your stockpile of health.

Unlocking these shortcuts is especially valuable in the full version of Descenders due to the inclusion of Sponsorship deals that allow you to unlock new gear. While sponsors were present in the Early Access version, they were limited to a certain number of stages where the sponsor would require you to complete the stage in a particular way. Once you reach a certain milestone in the full version you’ll be offered a sponsorship deal, which is reflected through the entire Descenders experience. The best example of this is the addition of Daily Challenges, the completion of which allows you to unlock sponsor-specific equipment, as well as encouraging you to focus on playing a particular environment or pulling off specific tricks. 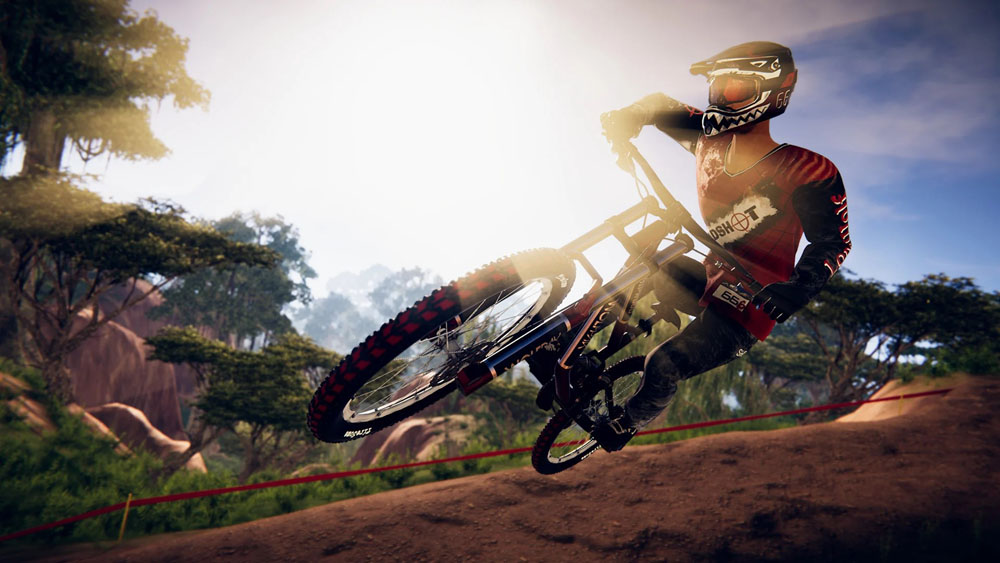 These Daily Challenges are a good encouragement to return to Descenders each day, but I personally found the core gameplay loop engaging enough that I didn’t feel the need for any extra prompting. Careening down a steep slope and hitting jumps is a lot of fun, and the fact that the end of each run is often met with the award of new gear means that I was almost constantly switching up how my rider and bike looked. The experience is aided by the fact that it’s both easy to start a game and quick to load levels, which means that a failed attempt is only followed by a couple of seconds before you’re up and running again.

These quick loading times are brought about by a few factors, some of which are at a detriment to the game, but perhaps not enough to discourage interested players from trying the experience. The visuals themselves are fairly uninteresting and basic, with a number of the environments feeling sparse and desolate with few visual features to make them interesting. I imagine that this is partly due to the procedurally generated nature of the levels, and partly to make the gameplay less than impossible, but I did find that when environments such as the Jungle started to appear it made the whole experience a lot more visually interesting and engaging, where as some of the earlier levels are fairly forgettable. 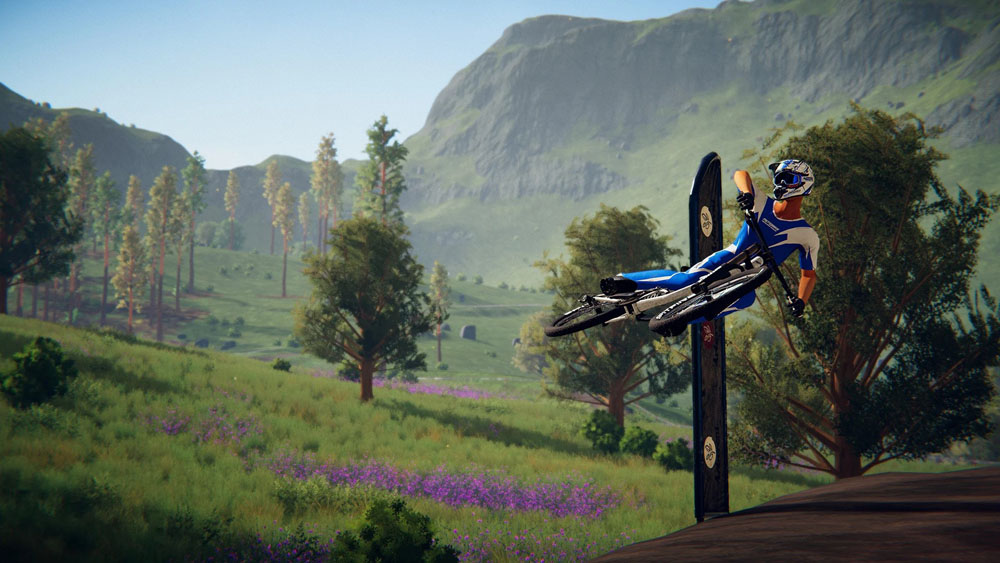 Playing through the full release of Descenders after having experienced the Early Access version was a little strange, as part of me expected the final release to bring more changes with it. After taking a step back, though, I realized that because Descenders already contained such a strong gameplay experience at its core, there didn’t need to be a whole host of changes to make a successful game. Stripped back, Descenders offers enough on gameplay alone to deliver a compelling loop and the addition of new modes and ways to play only adds to the package. If you’re after a downhill biking simulator, or even a fun arcade-like experience, Descenders is well worth a look and it will be a definite addition to my regular rotation.