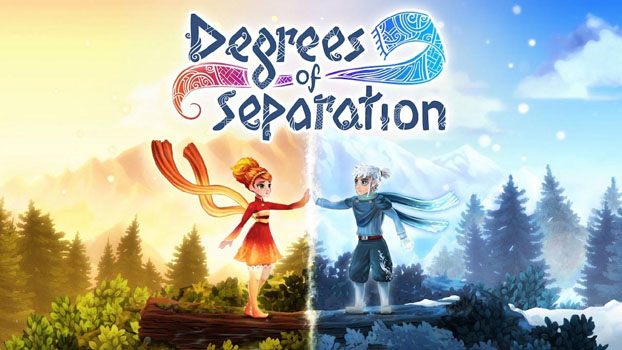 The subtlety and symbolism of the Valentine’s Day release date for Degrees of Separation was not lost on me when I finally stepped back from this delightful platformer after more than a week of playing alone and with a friend.  Much like the holiday, this charming and visually stunning puzzle game is best spent with someone else.  Solo gamers can potentially struggle through the co-op design by trying to play both of the game’s leading characters; much like Unravel Two or any of the LEGO games, but it’s clear the game was designed for two players.

Degrees of Separation tells the story of Ember and Rime; two contrasting souls who fall in love despite each being stuck in their own parallel universe.  The story introduces both characters individually but quickly unites them for a lengthy 5-world adventure full of amazing environments and challenging puzzles that will often require meticulous pairing of Ember’s warmth and Rime’s frost.  These hot and cold powers are represented as an area of effect that splits the screen into two halves with a dividing line that constantly rotates around the characters position – again, much like a LEGO game. 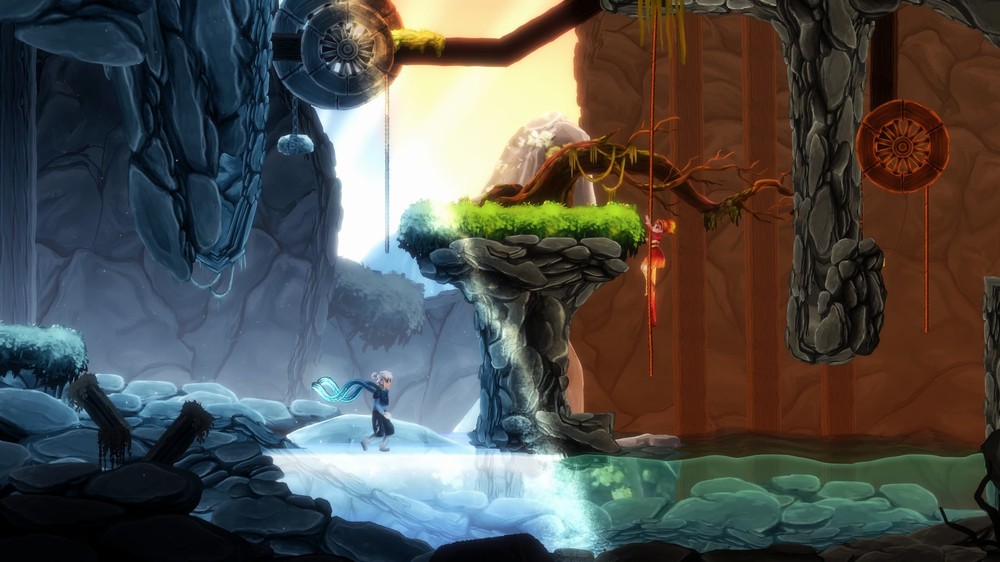 The game is primarily about exploration and environmental puzzle-solving that relies on clever use of these binary powers.  Ember can use her warmth to light lamps that will cause platforms and other objects to rise while Rime’s cold will extinguish these flames and cause them to lower.  Rime will freeze the surface of water while Ember will walk below the surface to reach the other side.  If quick enough she can also jump across the ice before melting it with her radiant heat.  The game is incredibly clever in its puzzle design with a focus on logical solutions that will have you celebrating your own cleverness when you figure them out.  One of the more clever elements is Rime’s ability to roll a barrel and turn it into a giant snowball that can be used as part of a solution, but Ember might have to step in to momentarily melt/shrink it down to fit through smaller gaps in the environment.

There is a lot of jumping and climbing in Degrees of Separation.  The jumping is quite floaty but feels good.  There are often plumes of air that will provide greater vertical and lateral boosts and these are toggled by the area of effect of certain characters.  Many times you find yourself meticulously positioning your characters to create a precise split of blue and orange to solve a puzzle.  It’s moments like these you’ll be glad to have someone else playing the other character.  The level of cooperation and communication required to play this game is high, making it one of the best couch co-op games I’ve played since Unravel Two. 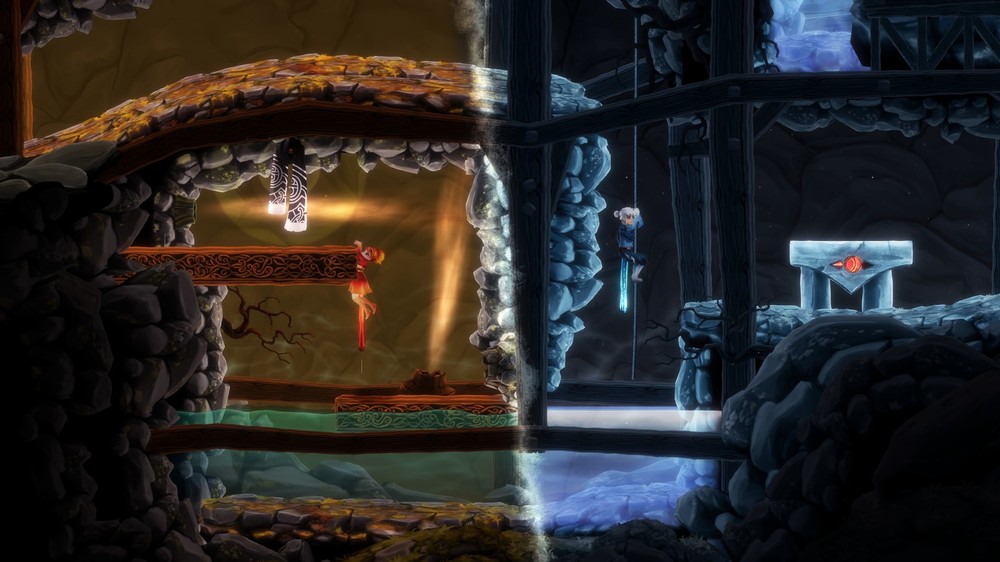 I commend the designers for at least giving solo gamers the chance to play this game alone, but I severely doubt most will have the resolve to play more than a world or two, let alone finish the game solo.  Playing alone, you have to control both characters individually by swapping back and forth, which is perfectly fine for early portions of the game, but there were moments while playing co-op that I questioned my ability and sanity of trying to solve these puzzles by myself.  One particularly nice feature of the solo game is that after swapping characters the uncontrolled character will not move until summoned with a button press.  This greatly helps when solving puzzles where character positions must be exact.

The storybook presentation is delightful with excellent, almost soothing narration that tells the story while you play the game.  It’s all enhanced with a wonderful soundtrack that complements the fanciful art design that reminded me of a stylized version of Ori and the Blind Forest.  It’s quite thrilling to see the same game levels and environments through the orange and blue filtered lenses of Ember and Rime’s powers and the subtle changes those warm and cold effects have on landscapes and architecture.  While the game is designed as a 2D side-scroller, the brilliant use of parallax scrolling and unique visual design, especially in the castle, gives the game a distinct 3D flavor. 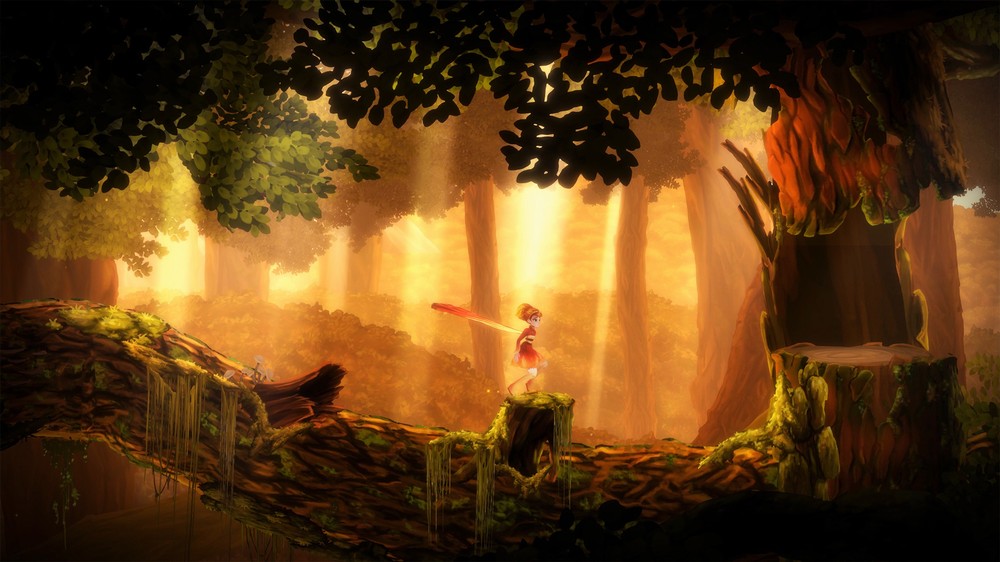 As mentioned, Degrees of Separation has five worlds along with a central castle that serves as a hub.  Your primary goal is to explore these levels and collect cleverly stashed scarves, often “locked” behind binary puzzles that will require dedicated teamwork to solve.  Your scarf collection progress is noted by a series of diamonds across the top of the screen that will light up when collected, letting you know if and when you missed any.  The game automatically checkpoints your collection status but not your location, often starting you at the beginning of the level when resuming, which leads to another clever take on fast-travel.

As you explore the land you’ll pass by and unlock these stone shrines that serve as waypoints for future return trips.  At any time you can stand by these shrines and turn into a butterfly then, with a tap on the stick, travel in any available direction to another unlocked shrine.  The shrines even have arrows that glow indicating possible destinations in that direction.  It’s quite clever and totally charming and fits with the fantasy design of the game and story.  Even during moments where only one character is on the screen the second player can control their butterfly and flutter around. 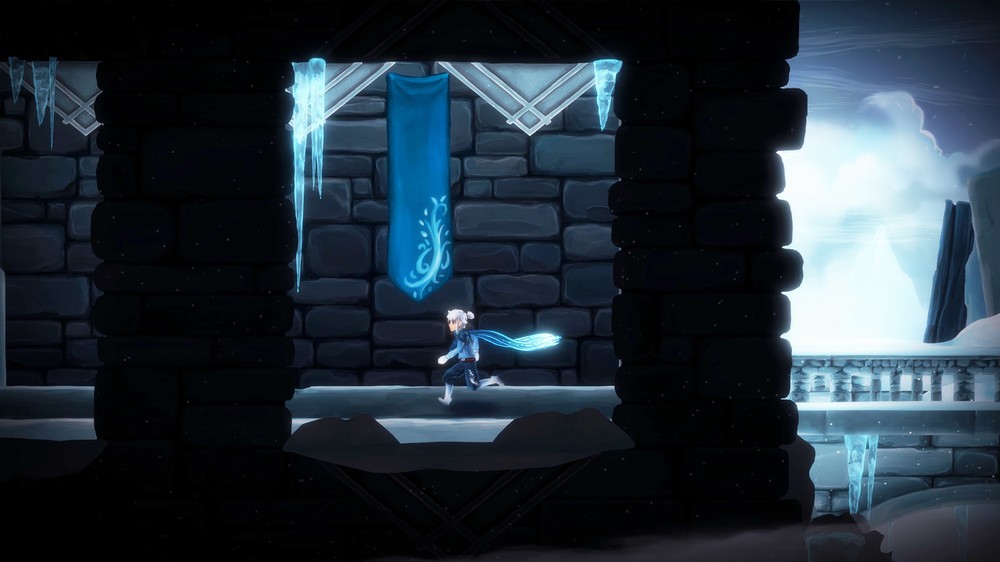 It’s also worth noting that there were a several times (I stopped counting after three) where either Rime or Ember would get stuck in the environment, forcing me to return to the main menu, restart the game and make my way back to my last position.  Thankfully, the fast-travel system made this only a minor inconvenience; 30-60 seconds at most.  Honestly, that’s the only negative thing I have to say about the entire game.

Your completion time with Degrees of Separation will vary on how well you can figure out these puzzles as well as if you are playing alone or with a friend, but you can expect anywhere from 8-12 hours to finish the game and find all the hidden scarves along the way.  Each new world introduces a new game mechanic, and while the level of difficulty never seems to ramp up, your gameplay options do evolve over the course of the game giving you a satisfying sense of progression.  It truly is a rewarding experience. 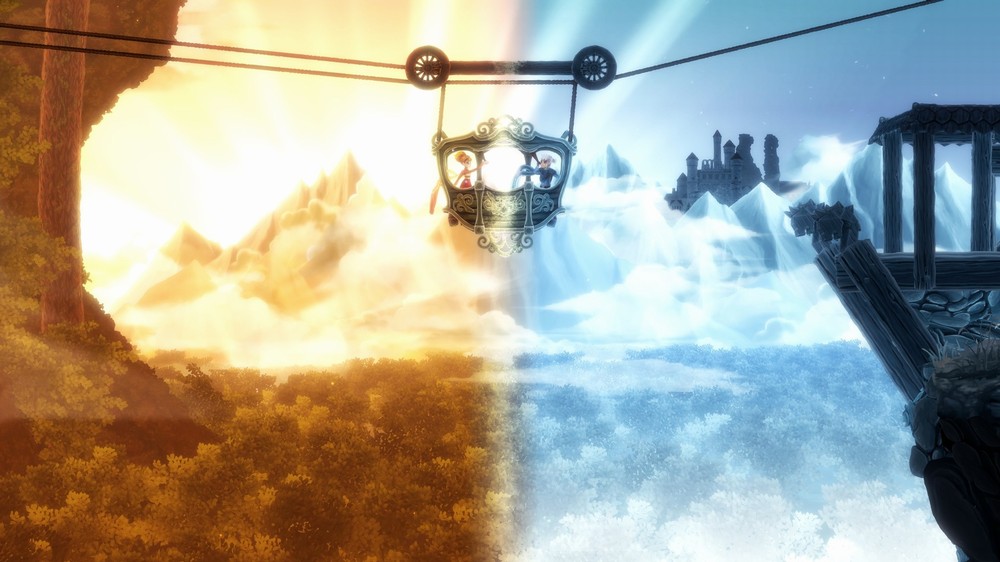 Degrees of Separation is easily one of the best indie-platformers I’ve played this year (and most of last year).  It’s rare to see a game so heavily invested in local co-op play these days, even if it is to the detriment of solo play.  I’m generally pretty selfish when it comes to splitting my screen for simultaneous two-player gaming, but the clever use of having that split actually become a physical part of the game design was pure genius.  Combined with the storybook presentation, gorgeous art design, and whimsical soundtrack, Degrees of Separation is the perfect co-op experience.