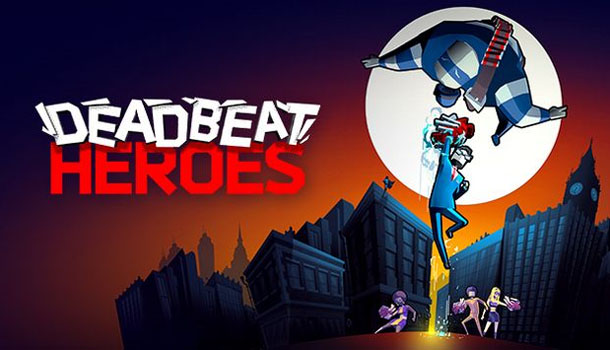 Perfectly designed for a portable system but a bit unwieldy and forgettable on the Xbox.

Considering the decade-long (and counting) cycle of superhero movies, television shows and video games that we’re currently in, it’s perhaps surprising that one iconic era in style history hasn’t yet been portrayed: London in the 1960s and 70s. Deadbeat Heroes, the first title from Deadbeat Productions, attempts to right this wrong, placing a team of heroes in the crosshairs of a cabal of supervillains, and tasking players with fighting their way through various regions of England’s capital in an attempt to make the streets safe once again.

Deadbeat Heroes can best be described as a the product of putting Jet Set Radio, Tony Hawk’s Pro Skater and Sunset Overdrive in a blender, giving it an isometric viewpoint, and finishing off with a dash of Grand Theft Auto: London’s sense of style. The combat is frenetic, based on movement and building combos, and the best path to success is often dodging your way around the enclosed spaces that you find yourself in, tying your opponents in knots and taking them down once they become dizzy enough to lose track of you. 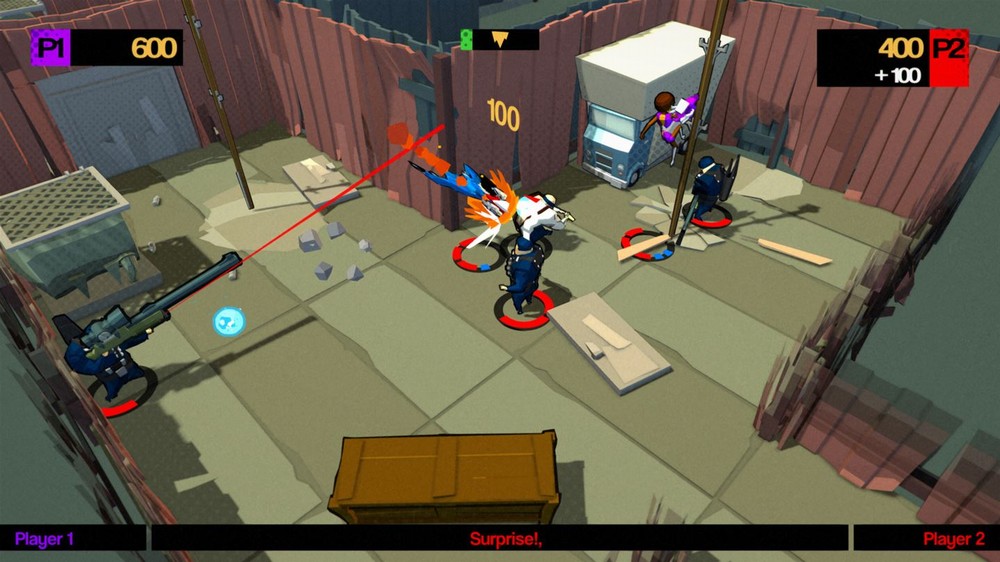 The game is broken down into chapters, each taking place in an area of the city, such as the suburbs or uptown, and there are three individual stages, with a final boss fight capping each region. These bosses will have a particular superpower, such as invisibility, or the ability to freeze objects, and some of the henchmen that you encounter will also share in these powers, which you can temporarily steal once you’ve defeated them. As each chapter is finished, you gain permanent access to these powers, and you’re allowed to select one to take with you on your future adventures.

These powers prove useful in combat, as you come across a range of enemies who require different tactics to defeat. Some enemies are able to block all of your attacks, unless you’re able to dash out of their line of sight before attacking them, and others require use of your super-moves to stun them before they’ll take any real damage. A lot of the combat in Deadbeat Heroes requires you to think on your feet, analyzing the group of enemies that you’re currently facing, prioritizing which enemies to defeat first, and also trying to decipher the best way to take them all down while scoring the highest number of points. 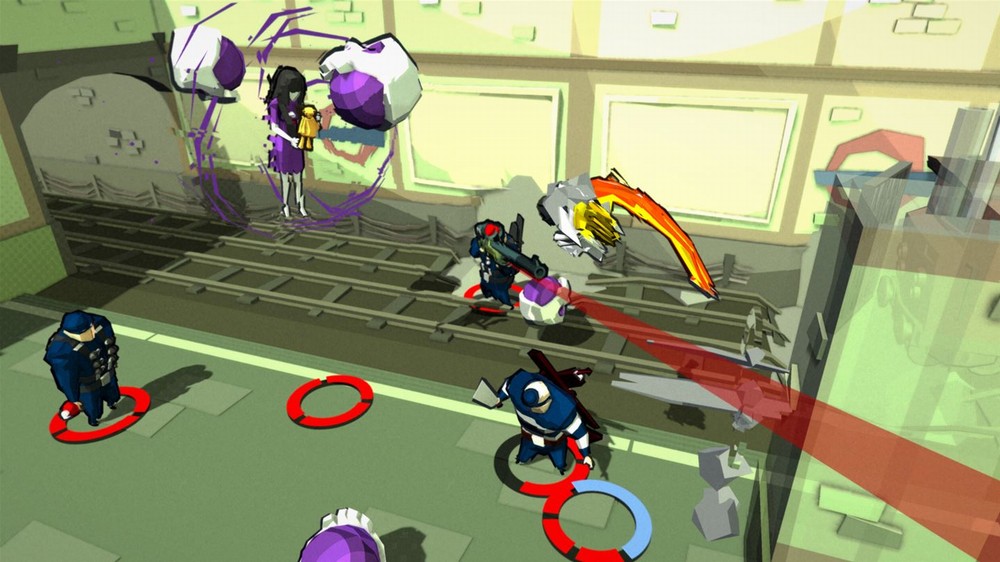 Levels in Deadbeat Heroes are assigned grades that you need to achieve to progress, though most of these grades are fairly forgiving, at least early on. As you progress through the story, you’ll gain access to new team members, who effectively serve as extra lives, which prove more and more useful as the game gets increasingly challenging. Each are in the game is generally pretty small, but you have a lot of enemies thrown at you at once, and your character’s health bars aren’t huge, meaning that death can come quickly and sometimes unexpectedly. Thankfully, this doesn’t often mean too much backtracking, but it’s certainly possible to run into levels that take multiple attempts to beat.

While playing Deadbeat Heroes, I couldn’t shake the feeling that I was playing this game on the wrong platform. I played through the game on Xbox One, and while it’s also available on Steam, this feels like a title that would be perfect for on-the-go play. Levels are short and plentiful, and though the game does get repetitive if played for longer durations, it retains its charm much better if played in short bursts. Though mobile platforms likely wouldn’t work, due to the fiddly nature of the controls, Deadbeat Heroes seems like it would work perfectly on either the Nintendo Switch or the PlayStation Vita, platforms where half an hour’s play feels a little more appropriate. That isn’t to say that the Xbox One version is unworthy, just that the experience does start to drag if you play more than a chapter at a time, and Deadbeat Heroes feels more suited to playing in quick hits. 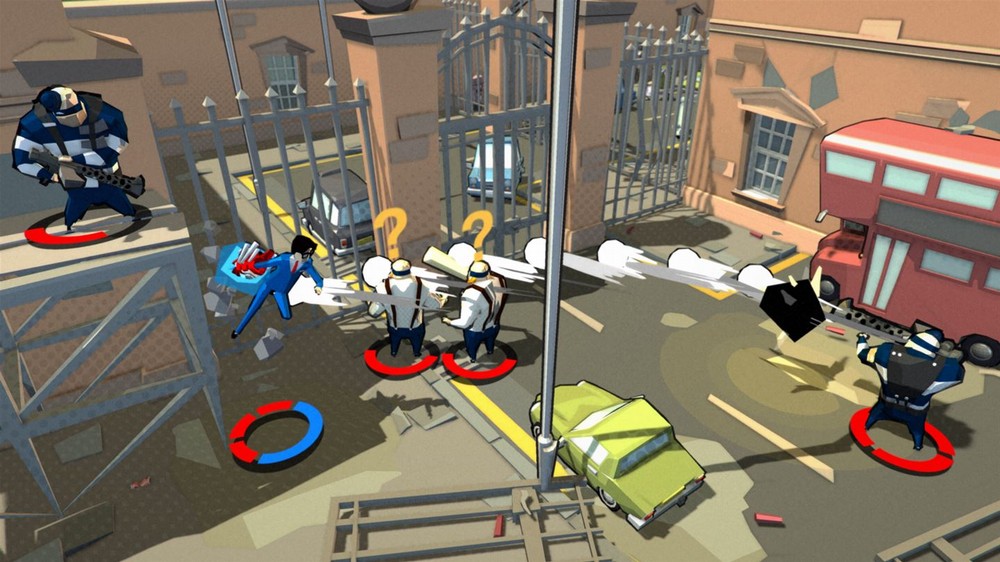 Deadbeat Heroes is a game that falls right into the category of being ‘fine’. It’s a perfectly enjoyable experience, one that will keep you entertained while playing, but one that is also instantly forgettable as soon as you put the controller down. Its combat is fast and fluid but also unpredictable and a little unwieldy, and both its story and locations are anonymous and largely inconsequential, though the animations are stylish and unique. This is a game that I really hope sees a release on a more portable console, as I think that it could do very well with an audience that perhaps doesn’t have the ability to play games for long periods of time. Deadbeat Heroes is the perfect example of a game that I wouldn’t expressly steer interested parties away from, but I also wouldn’t go out of my way to encourage people to play, either. 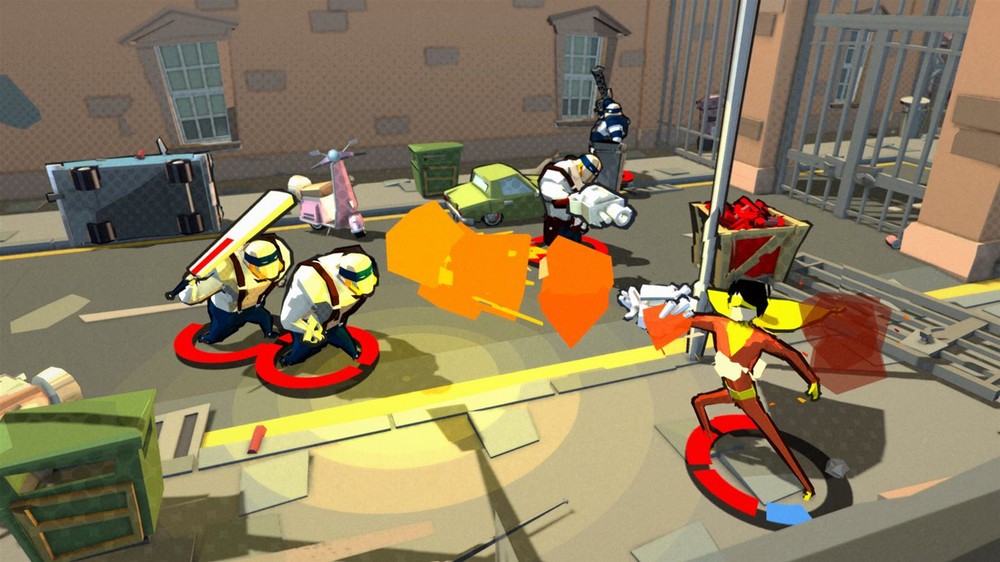 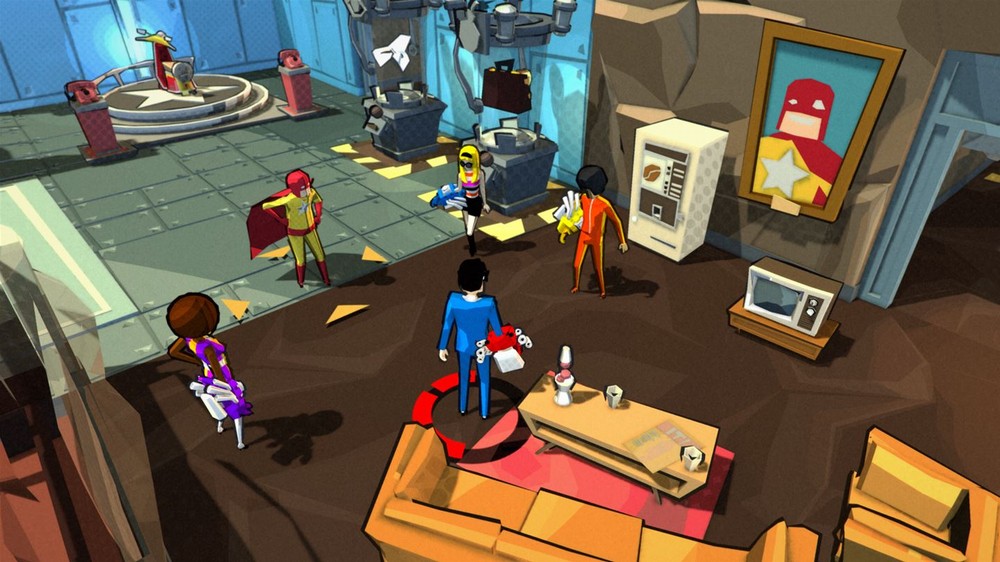 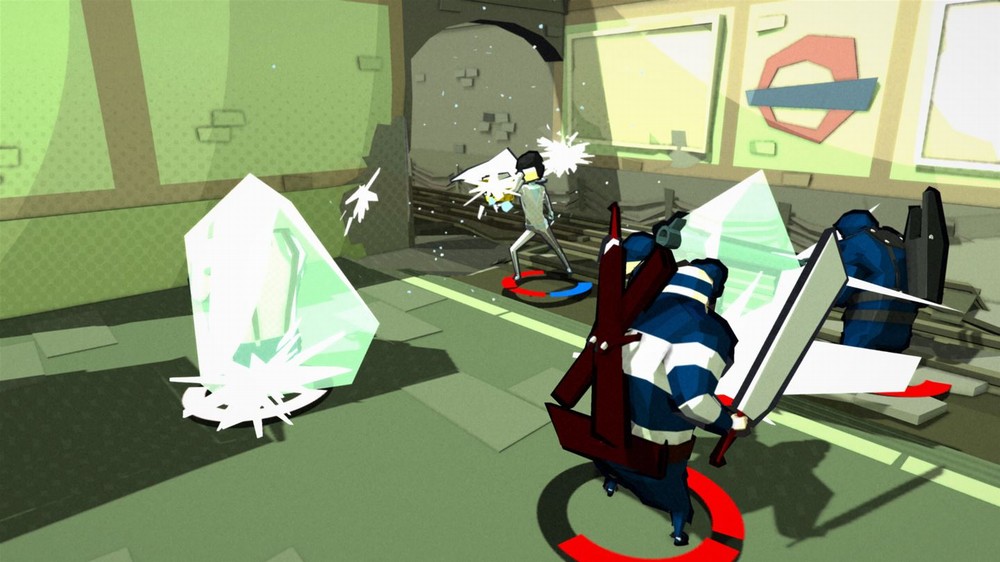