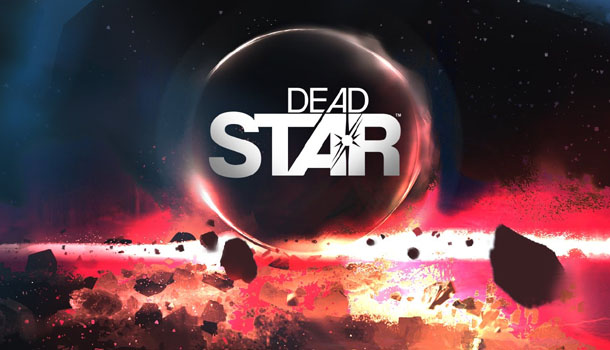 - Some factors of game play might go over your head, if you're not familiar with MOBAs.
- Playing with random players doesn't always work out so well.

Potentially a great experience for the limited audience who enjoy MOBA's

Dead Star drops you into the deep end fairly early on in the experience of playing it, and maintains a solid pace. There are a few single-player tutorial missions at the start, but make no mistake; this is a PVP game at its core. The setting is a decaying universe built around a sun that’s in its final moments of life. With a supernova event on the horizon, you play as one of three races scrambling to pick up relics, supplies, and other commodities with what little time you have left. It makes for a compelling introduction, and what follows is an entertaining experience… provided you fall within its narrow list of criteria re: people who will enjoy this type of game.

While I have little to no experience with the MOBA genre, I love twin-stick arcade shooters. Heading into Dead Star, I figured I’d make a smooth enough adjustment, but to be honest it was a bit rough at first. If you’re looking for an expansive map that encourages exploration, this might not be the game for you. With its roots in MOBA, timed matches of fighting online opponents is the name of the game. While there’s certainly more than enough room for enjoyment within that framework, it helps if you’re a fan with a working understanding of the genre before you get started. 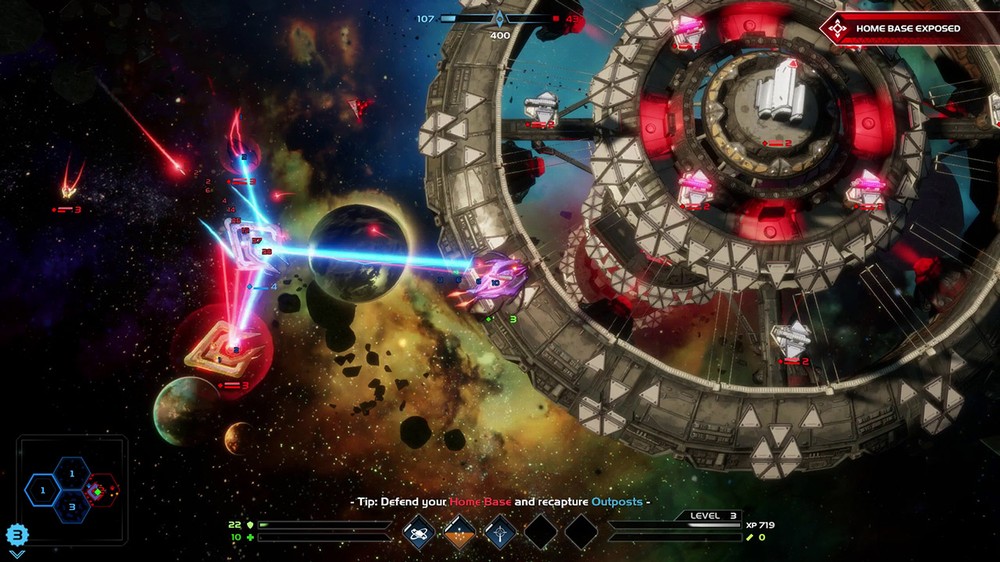 Dead Star sings when you have the right group of players in your corner, and the 5-v-5 or 10-v-10 match for territorial supremacy swings back and forth in a fast and feverish manner that leaves you on the edge of your seat. The 15 minute time-limit means you never feel as if you’ve been cheated, or that things are dragging on forever- it’s a nice balance. The three classes of ships feel balanced (the scout, the raider, and the frigate) and work well with each other. Capturing outposts can be thrilling when everyone is doing their job (I always hesitate to say “play their class,” but it’s true). Bottom line, if this game is your type of game, there’s a lot here for you to enjoy.

However, if a PVP space shooter that heavily leans on MOBA trappings doesn’t sound thrilling to you, there’s not much here that you’re going to find enjoyable. Due to its frantic nature, and I’ve seen this mentioned elsewhere, victory can be secured early by gathering as many resources as possible. Whatever team gets the most resources the fastest usually wins the round. It’s issues like this that can leave you feeling as if you’re not sure what you’re supposed to be doing if you’re not overly-familiar with the genre. And, if you get stuck in a group filled with players who don’t work together, capturing outposts can be a huge pain. An appreciation for MOBA’s is highly advised.

Dead Star isn’t a bad game, it’s just a game I feel doesn’t have much broad appeal. There’s a lot of boxes that you have to check if you’re going to dive into this one. However, for those that meet all the criteria, it can be a great experience with tons of replayability and hours invested. 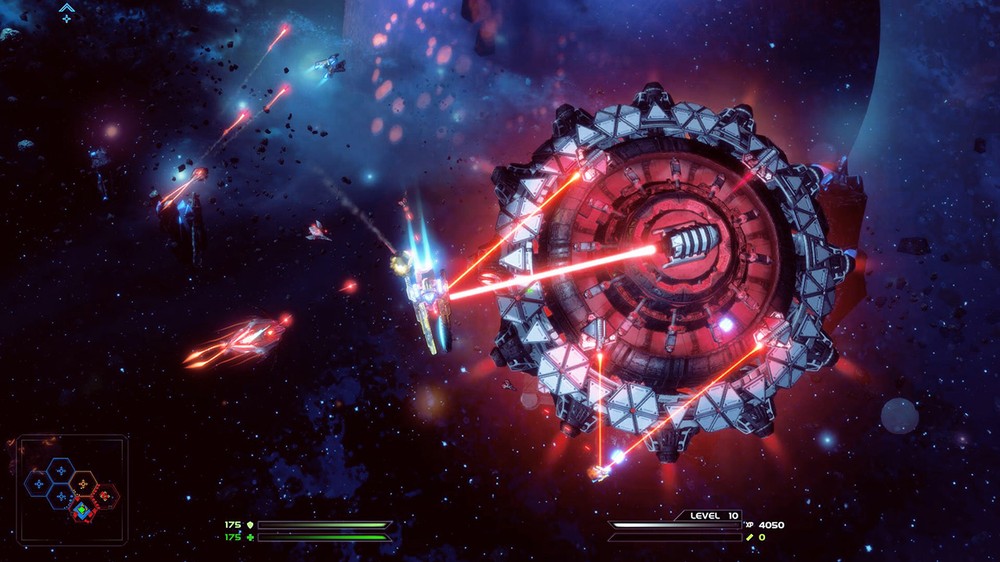 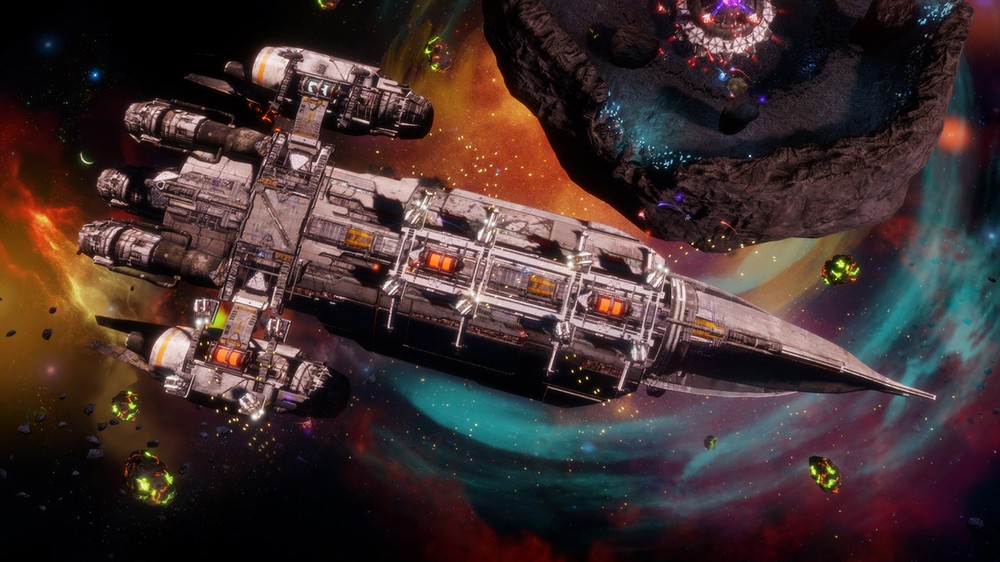 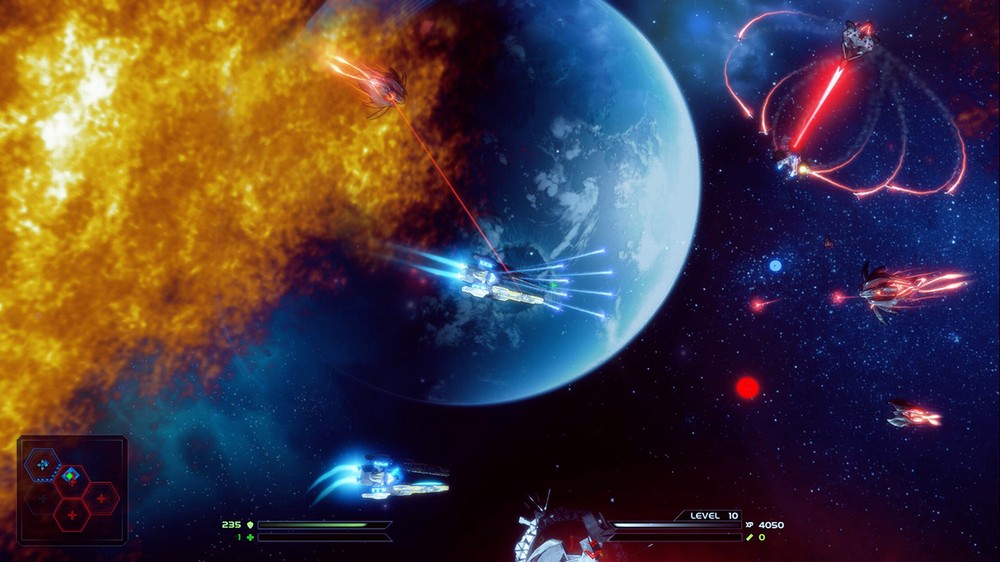 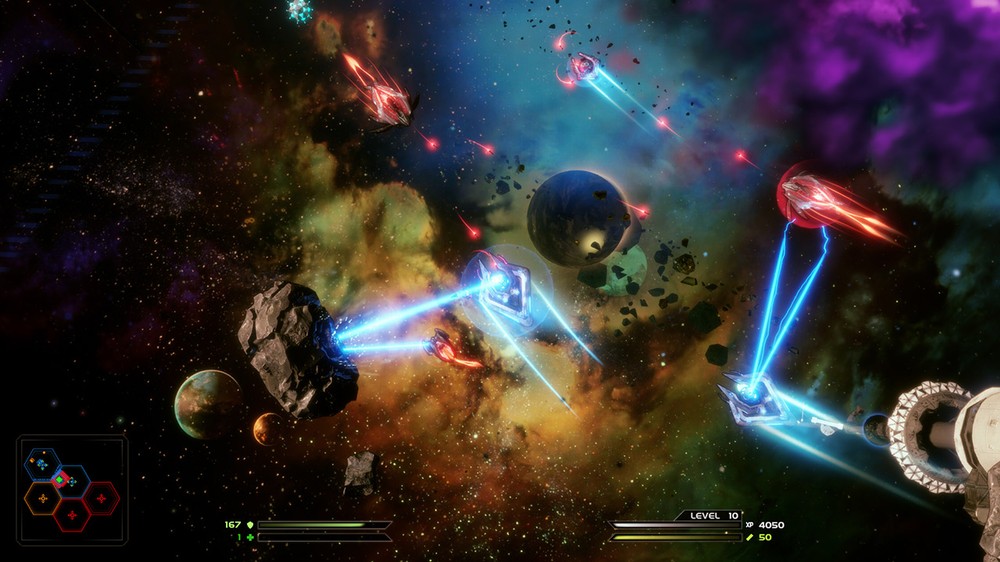 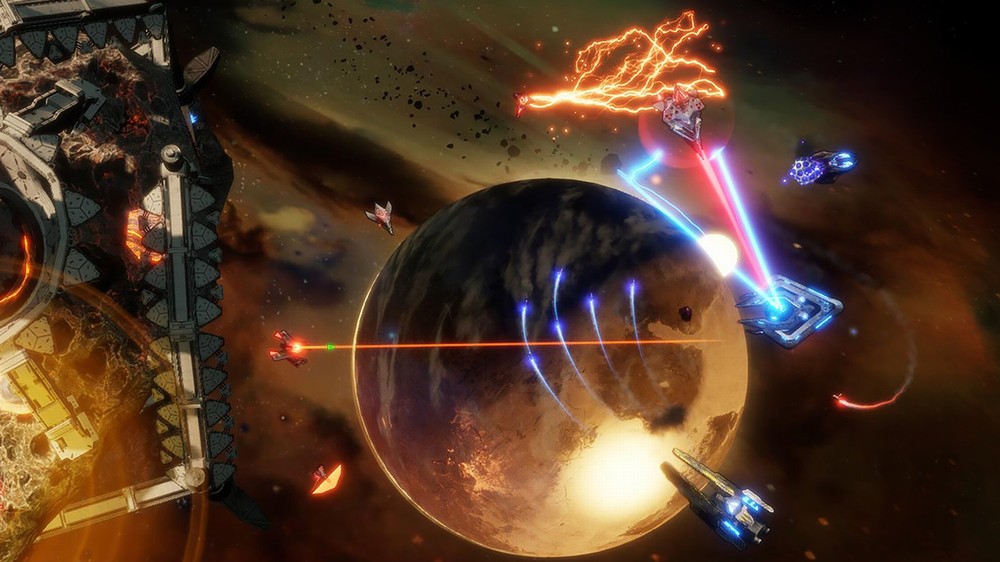 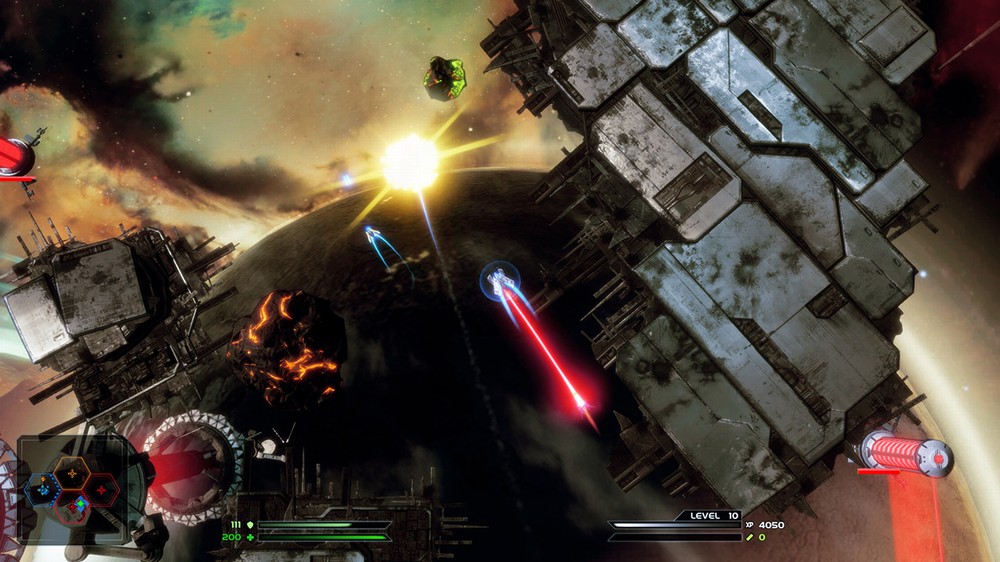 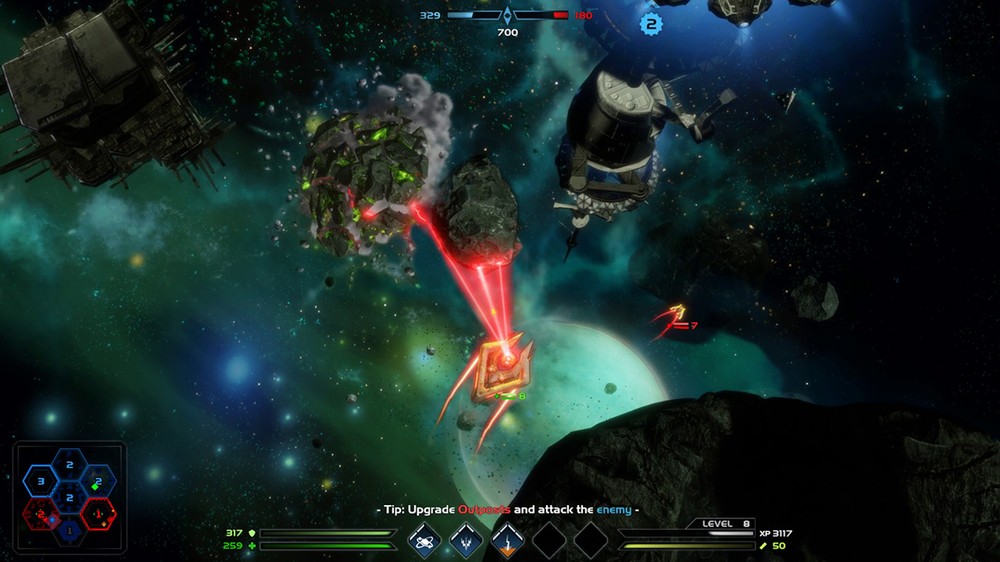 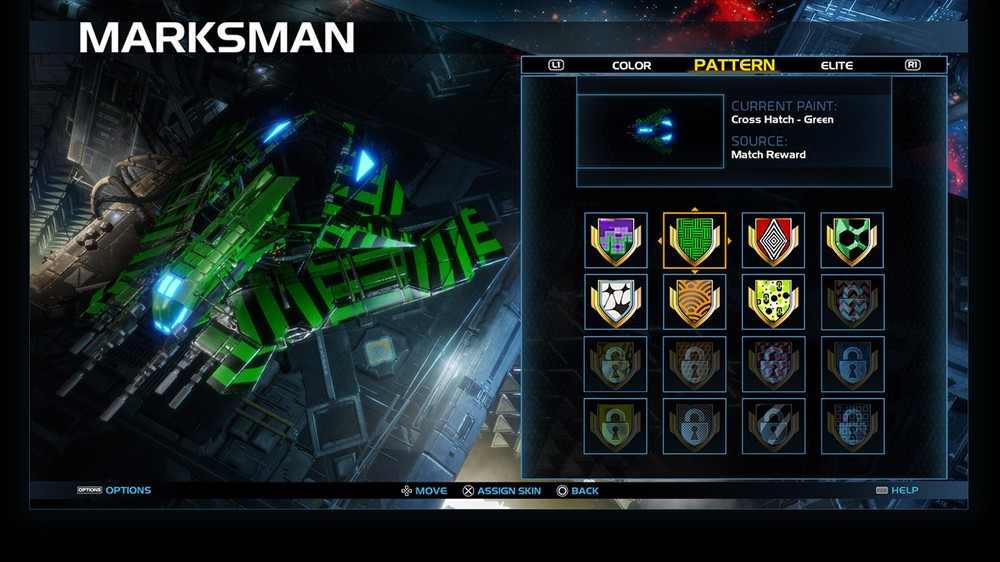 Mike Murphy is a freelance writer/artist based in Portland, Or. In addition to handling game reviews, he also writes comics, novels, and short stories. For more information feel free to check out chibicomicspdx.tumblr.com or twitter.com/chibi_mike.
comments
Leave a reply »