Impressively large city loaded with zombies and playable content, all presented in 1080p and consistent framerate. All the DLC is included.

Not worth a double-dip, but well worth playing if this is your first time and your PC can handle the load.

I was only moderately impressed when Dead Rising 3 debuted last year alongside the launch of the new Xbox One. While it did a masterful job of putting more zombies on the screen than any other game to come before (or after) it, the 720p visuals and the fluctuating framerates were hardly showcase material for Microsoft’s new console.  Now Capcom is bringing their zombie-filled, open-world, survival horror game to the PC in hopes that better hardware might yield better results and more favorable fan reactions.

Even though this game has been out for nearly eight weeks I was unable to play it for the first three or four due to a variety of unprecedented glitches and hardware bugs that have since been resolved via numerous patches (the 5th patch just released prior to this review).  To their credit, Capcom was very open about these issues as well as informing me (and the Steam community) when patches were available to fix them, but there is no denying this game would have been better off delayed for an October release (Halloween anyone?)

Now that I’ve actually had a chance to play the game without any graphical issues or crashes to desktop I’ve actually been enjoying myself. The PC version is definitely producing much higher quality graphics at 1080p locked at 30fps but can be forced to 60fps by editing the config file.  Either way, the game isn’t optimized all that well for PC, so you are going to need substantial hardware to get the game running at acceptable levels.  Console accessibility to gameplay is maintained with full controller support, and the only thing lacking really is the ability to use the Kinect voice to lure zombies to their doom and the multiplayer ease of access afforded by Xbox Live.  You also lose out on the SmartGlass interactions that were used to complement the side-missions. 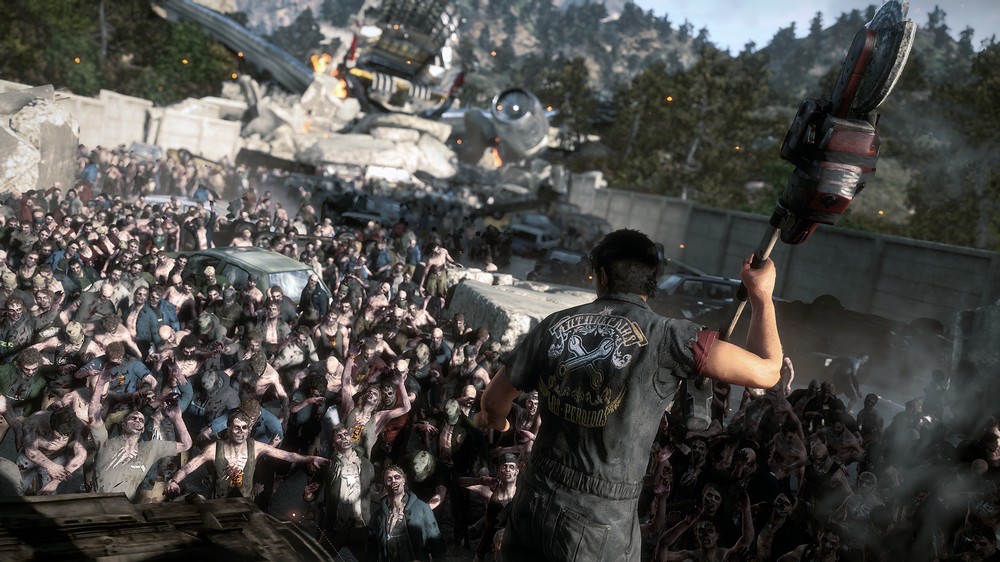 Even with the improved performance on well-endowed PC’s, there are still issues with the game that originate in its core game design. While Dead Rising 3 might be strong in scale and spectacle it still lacks a strong story to keep you motivated throughout, what can be, a rather lengthy game; especially if you are a completionist.   That, combined with some problematic controls and some annoyingly long load times, especially after dying (and you die a lot in this game), are noticeable distractions from the game’s other more impressive achievements.

Structured like most other open-world games, Dead Rising 3 puts you in control of Nick Ramos, a capable survivor who is part of a small group trying to get out of the fictional city of Los Perdidos. With the zombie outbreak growing out of control the government is going to bomb the city in six days.   So basically, you have six chapters to get out of town while having as much chaotic fun as you can along the way.  To that end the game offers core story missions to drive the flimsy narrative, but the real attraction is all of the sideline stuff.  There are numerous mini-quests, challenges, and a seemingly countless number of collectibles that will have you going way out of your way into hostile zombie territory in the name of “completion”. The Apocalypse Edition on PC also includes the four “Untold Stories of Los Perdidos” DLC packs, which enhanced the content with four character-specific stories, each with new weapons and vehicles.

Everything you do and the way you do it all fuels your performance points (PP) that in turn allow you to upgrade a nice selection of skills and abilities. This system adds a bit of RPG flavor to the experience, but the real meat and potatoes are the various blueprints you will uncover that allow you to combine everyday items into devastating multipurpose weapons.  There are even diagrams on how to combine various vehicles into some pretty crazy and deadly modes of transportation, and nothing beats the thrill and carnage of driving through the city squashing zombies. 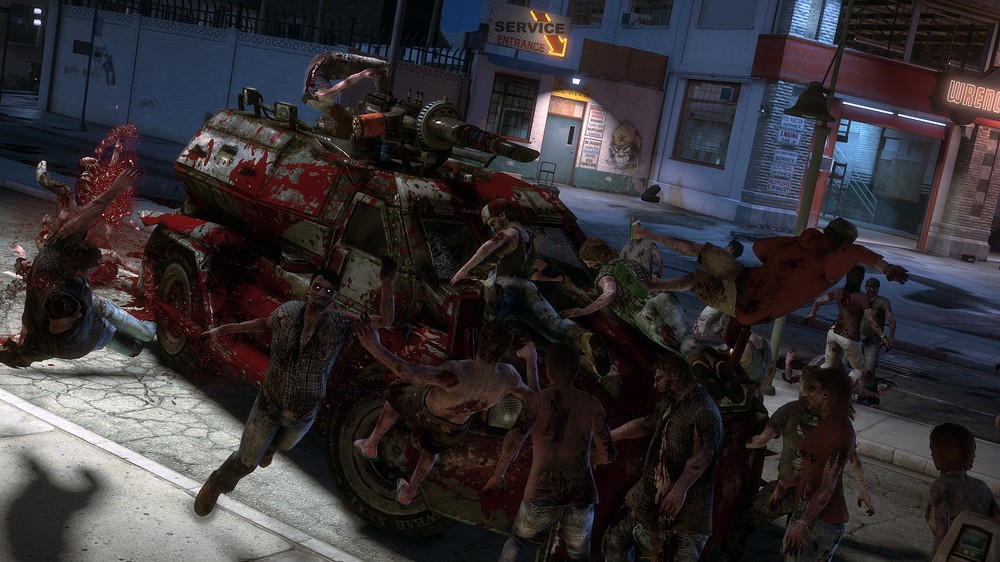 The only thing more impressive than the sheer amount of zombies Capcom was able to stick into any given scene was their realistic mob AI.   From the very first moment on the street after the airplane crash I was experimenting with the “awareness factor” of these undead.   From a distance zombies are oblivious, but then one might see or hear you and wander your way and then a few more see that zombie and the next thing you know you are standing on the roof of a car surrounded by a pulsating mob of walking corpses.  Noise attracts them so you can use various gadgets like fireworks or a deadly Jack-in-the-Box, or my favorite, a teddy bear armed with a machine gun to lure them away and even kill a few.   Fire and grenades work great against large mobs sending bodies flying or catching on fire that will realistically spread to nearby undead.

There is a nice mix of ranged and melee combat, often dictated by your customized weapons, but controls are sluggish and Nick jogs around town at an almost leisurely rate, and his jumping, climbing, and vaulting abilities really aren’t up to video game standards. Perhaps they were trying to realistically immerse the “out of shape” gaming community into the game.  Even button taps were frustrating and often unresponsive; especially when trying to pick up items with small or overlapping detection boxes.  All of these issues are manageable for the majority of the game and the more casual zombie encounters, but when you get to the larger enemies and boss battles the controls prove to be detrimentally frustrating.

While the game lacks any serious multiplayer component like a four-player Left4Dead mode there is a nice drop-in/out co-op that runs continually unless you opt for a private game. You can even indicate your preferred play style so only likeminded gamers are matched up with you.  While the game is a blast shared with a friend, I had just as much fun when total strangers dropped into my city and we just started doing “stuff” together.  There is an added feeling of safety when you know somebody has your back. 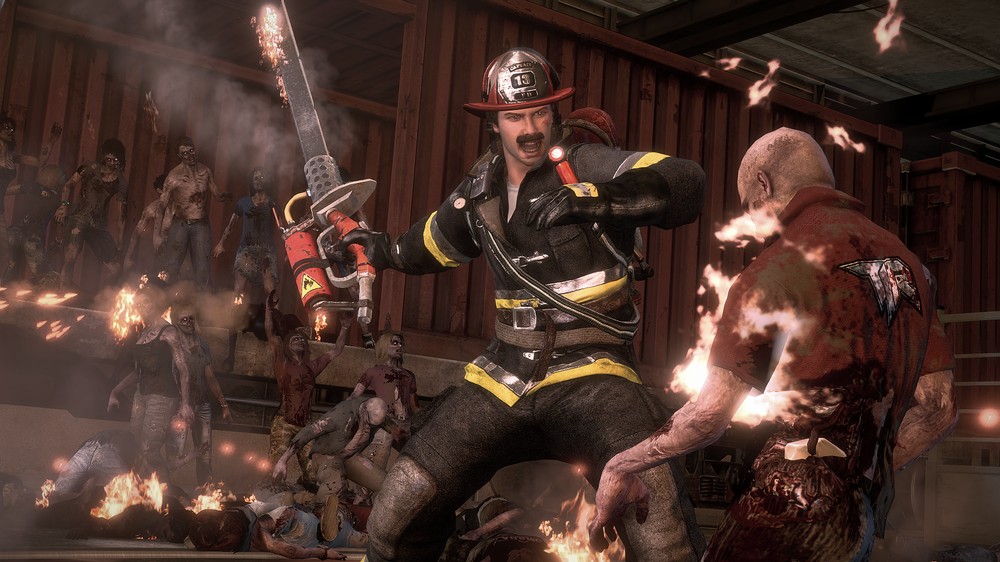 We’ve already talked about the new enhanced graphics, and it’s a shame the Xbox One couldn’t manage what a good PC is capable of rendering. The audio is equally fantastic with great sound effects, an awesome score including the opening theme song, and a wide range of voice acting performances that do the best with the script they had to work with. Many of the characters are so over-the-top, clichéd, and blatant stereotypes that they border on the embarrassing.

Dead Rising 3 can range in completion time based on your play style – which again, you get to set at the very beginning – so you can meander through the city for weeks and months to come collecting every last blueprint and random quest item, or you can focus on the story and speed run the game in a day or two. I enjoyed the random assistance from co-op players, but had just as good a time while playing alone.  I would have really enjoyed a four-player co-op story mode.

Dead Rising 3 is easily the most epic of zombie games when it comes to scale, numbers, and the incredible herd mentality of the zombie hoards, but much like the first two games, that feeling of fear and danger is offset by putting on crazy costumes or wielding weapons more suited to a Ratchet & Clank game. The weak story, boring characters, and clumsy controls also contribute to the games lengthy list of non-fatal flaws.   I’m not saying you won’t get a rush when playing Dead Rising 3; at least for the first few hours, but once the game loses its focus, so did I.  At least the PC version offers the most complete package as far as content at the best price, and now that it has finally had most of the kinks patched out of it it’s probably safe to venture into Los Perdidos on your PC…if you have the hardware to run it. 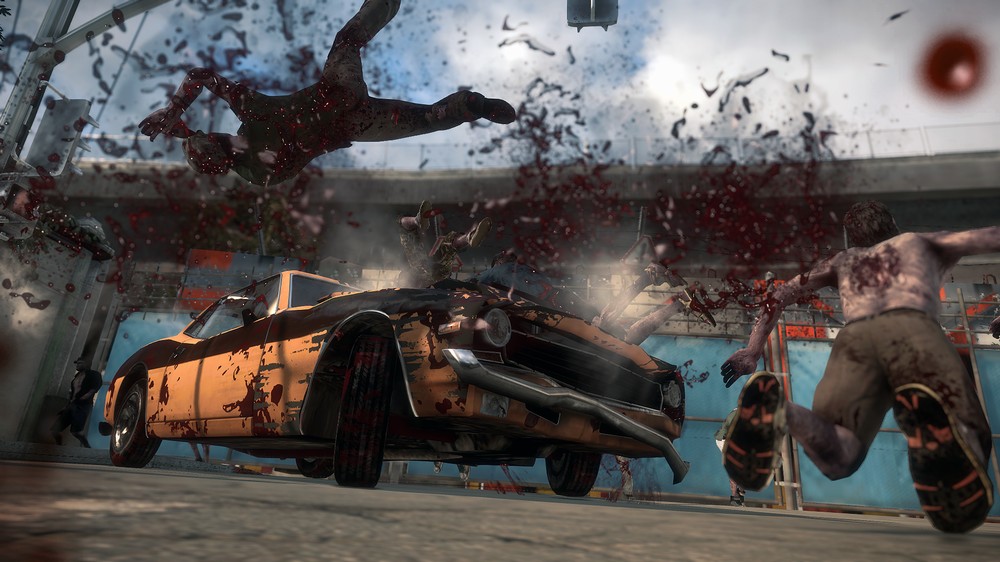 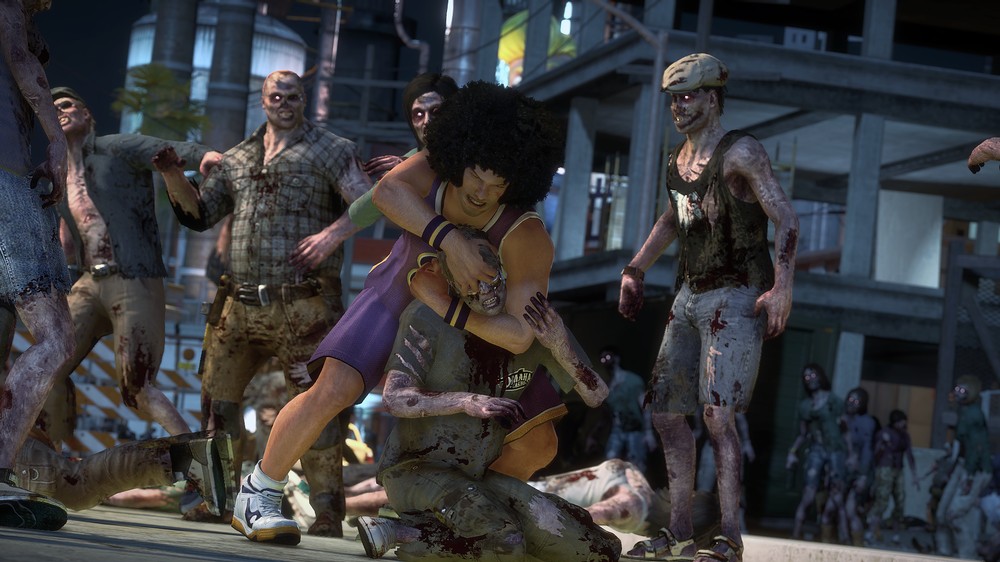 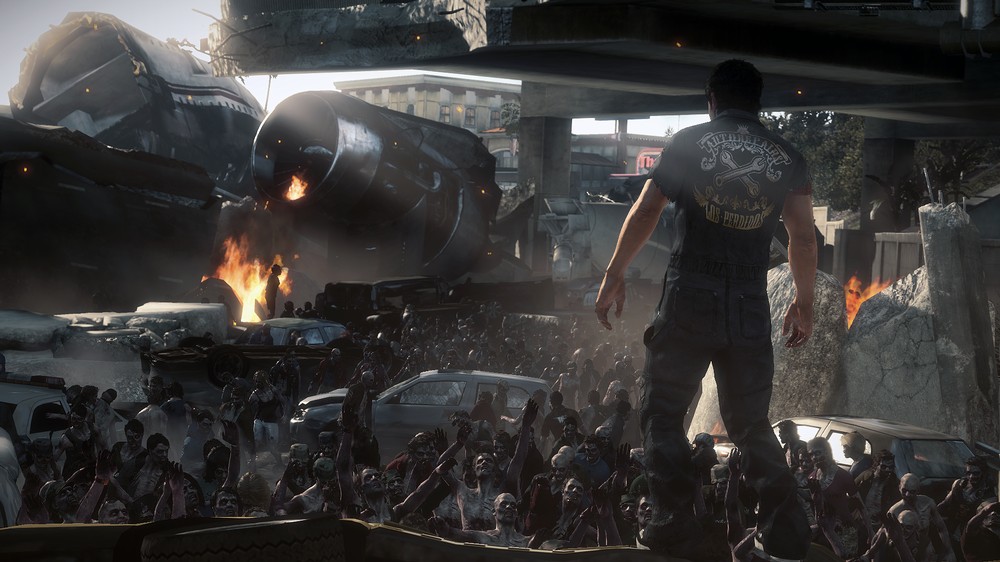 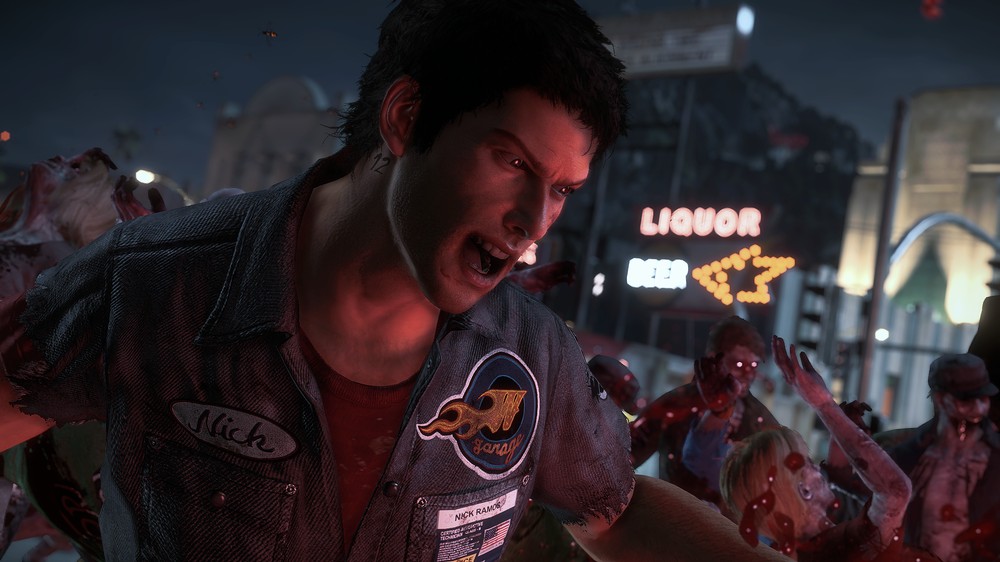 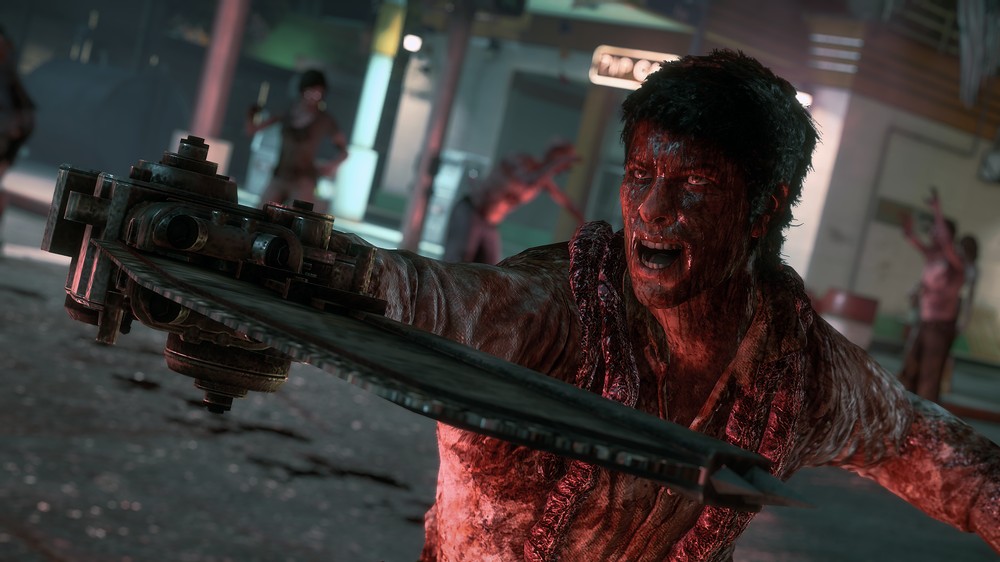 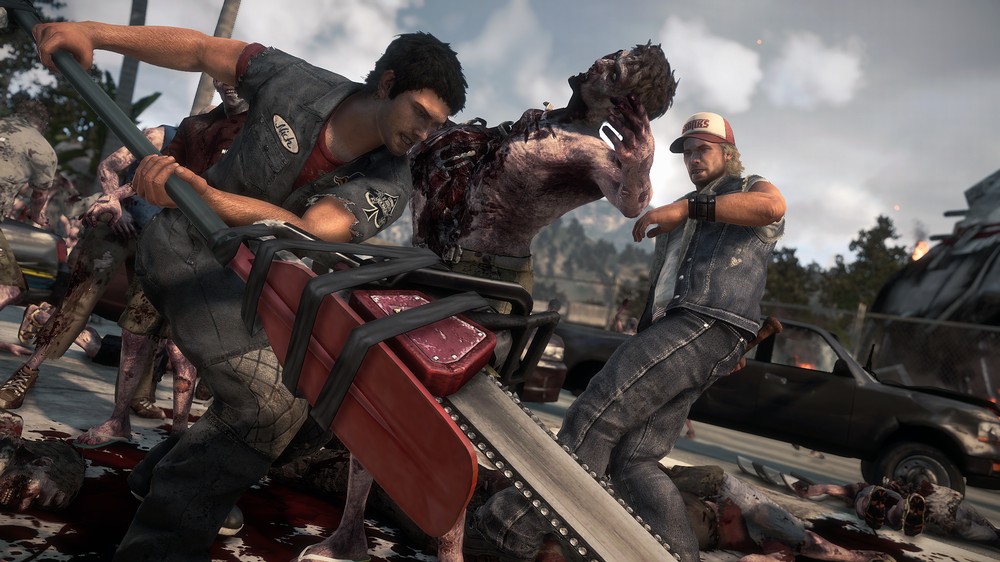 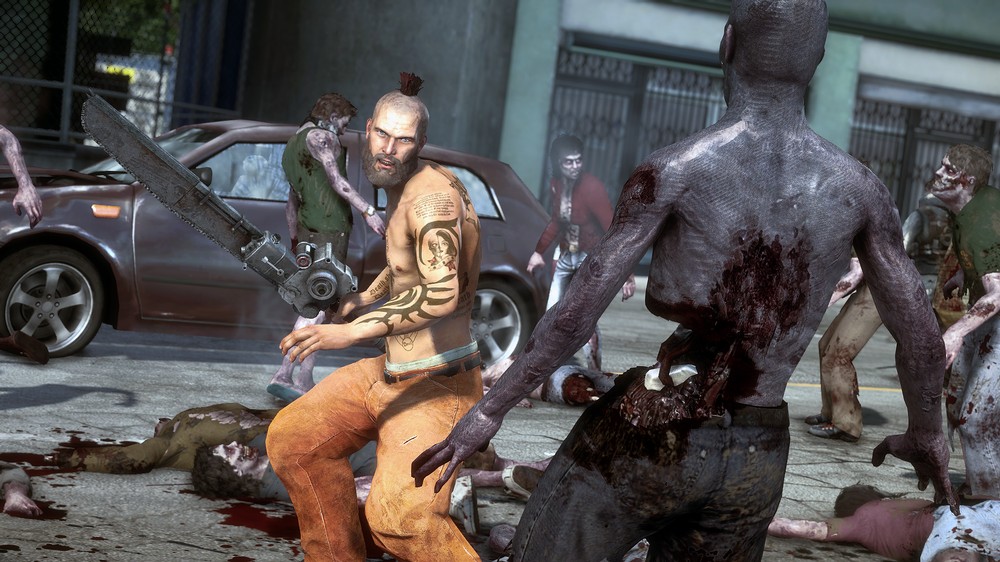 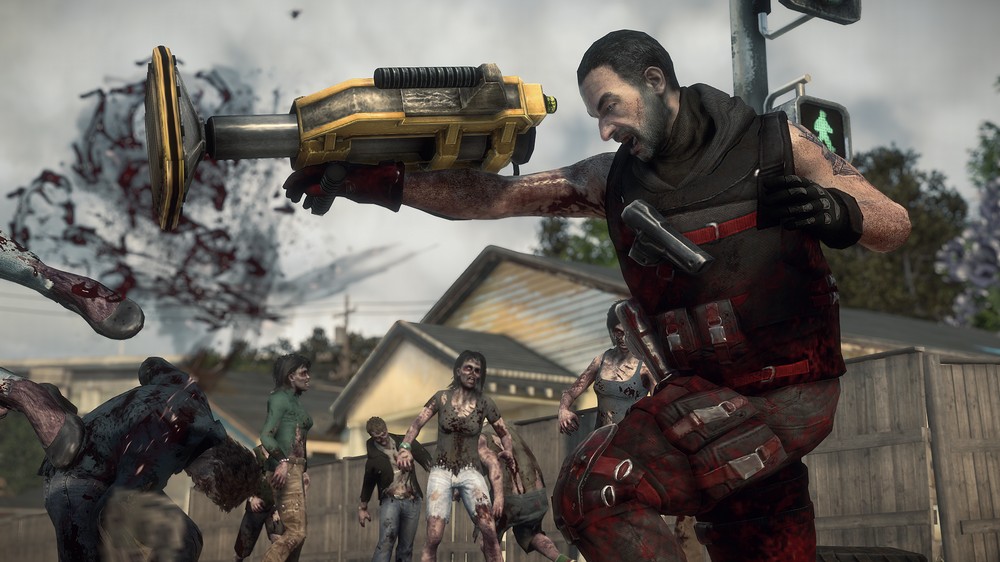 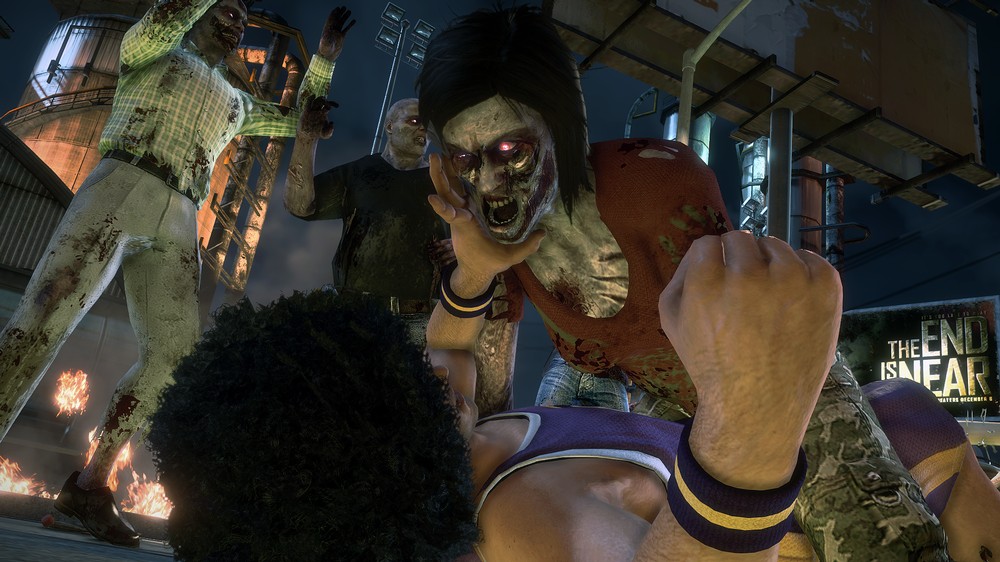 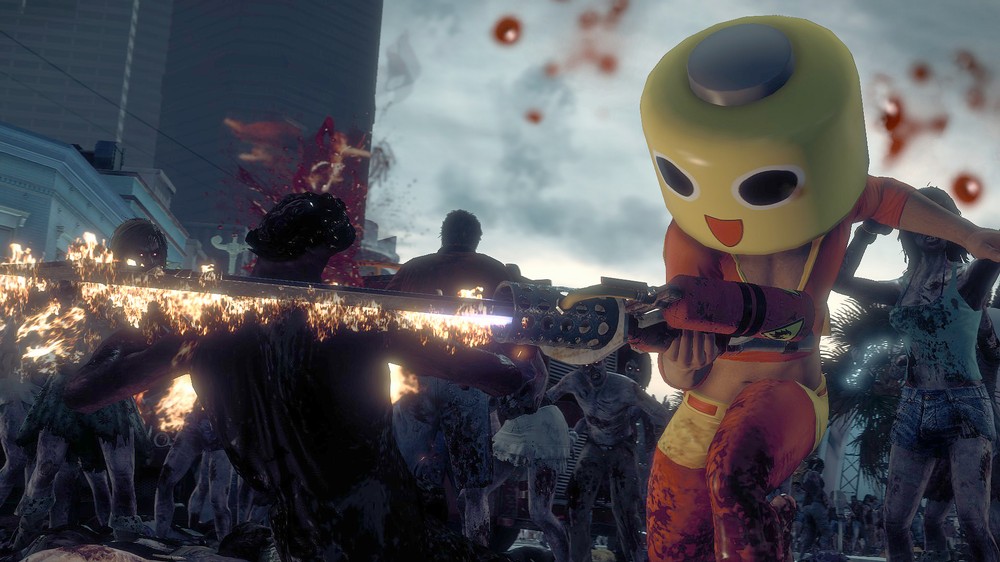 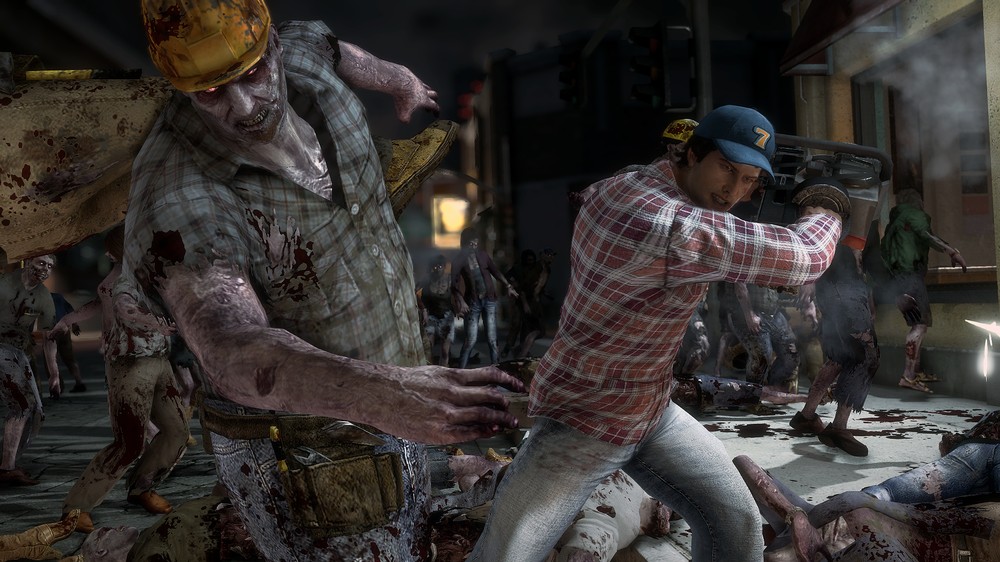 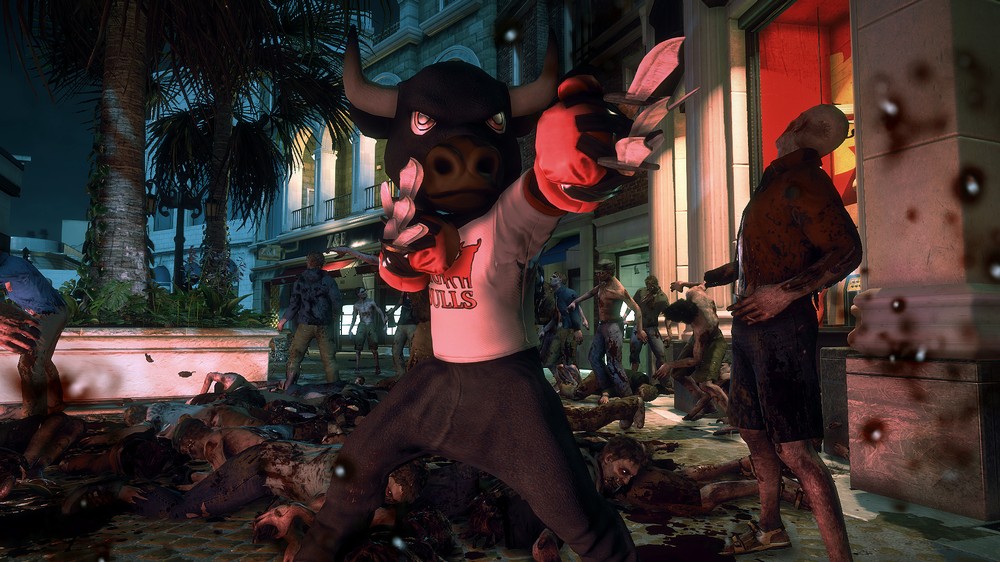 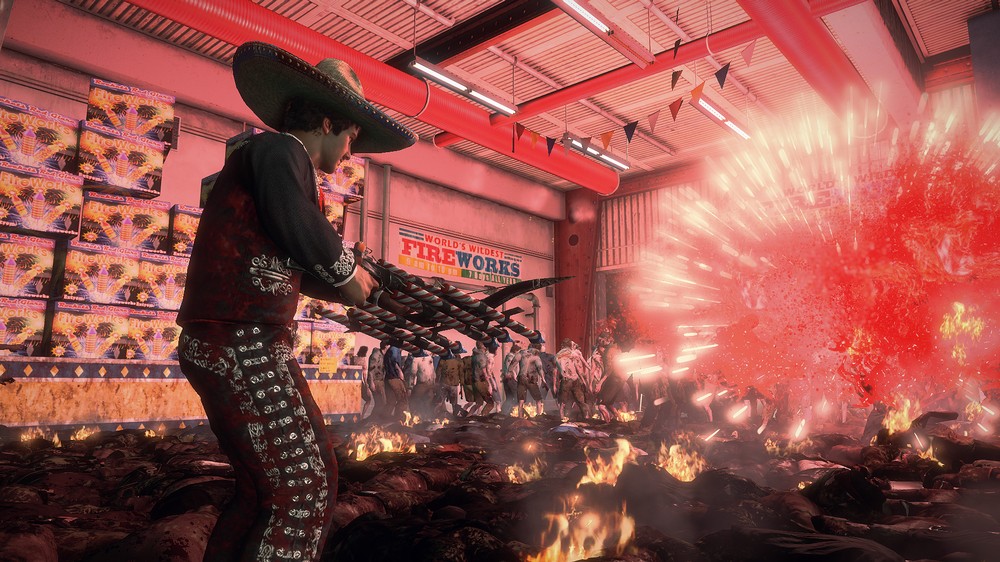 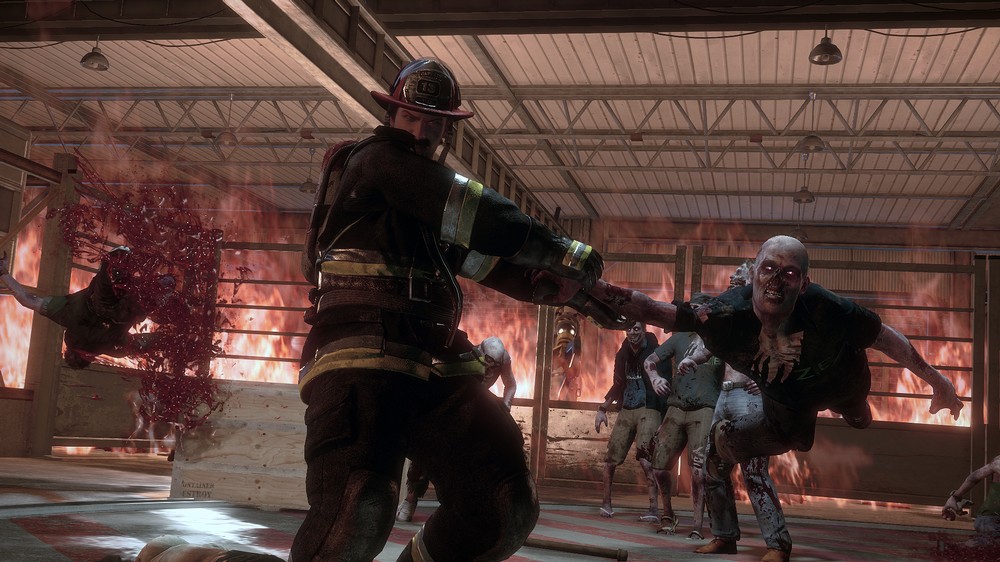 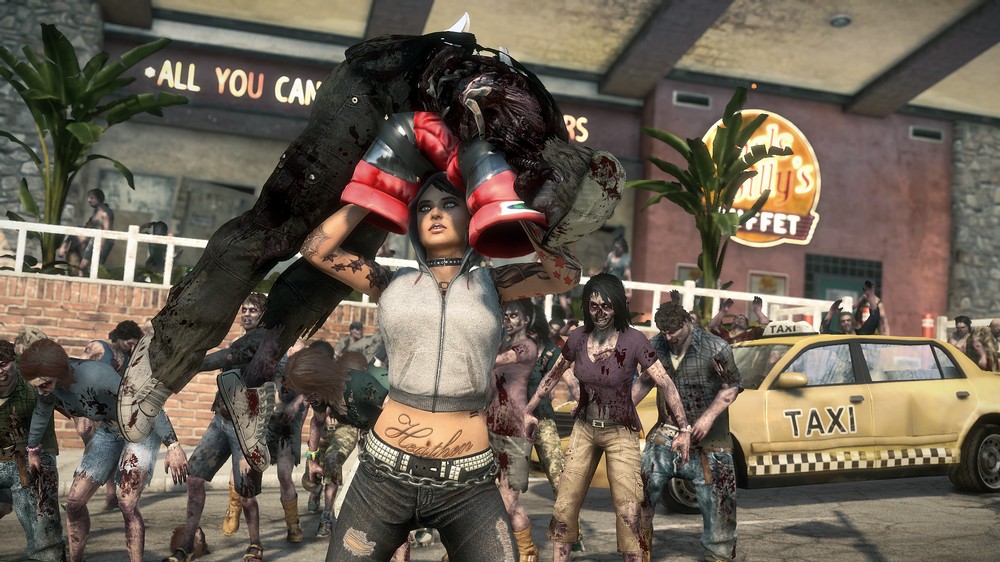 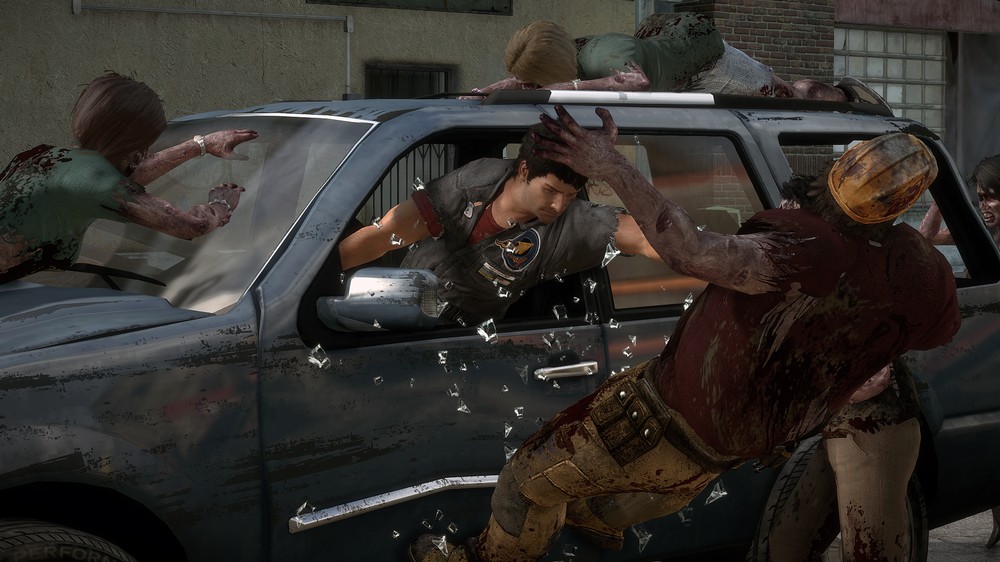 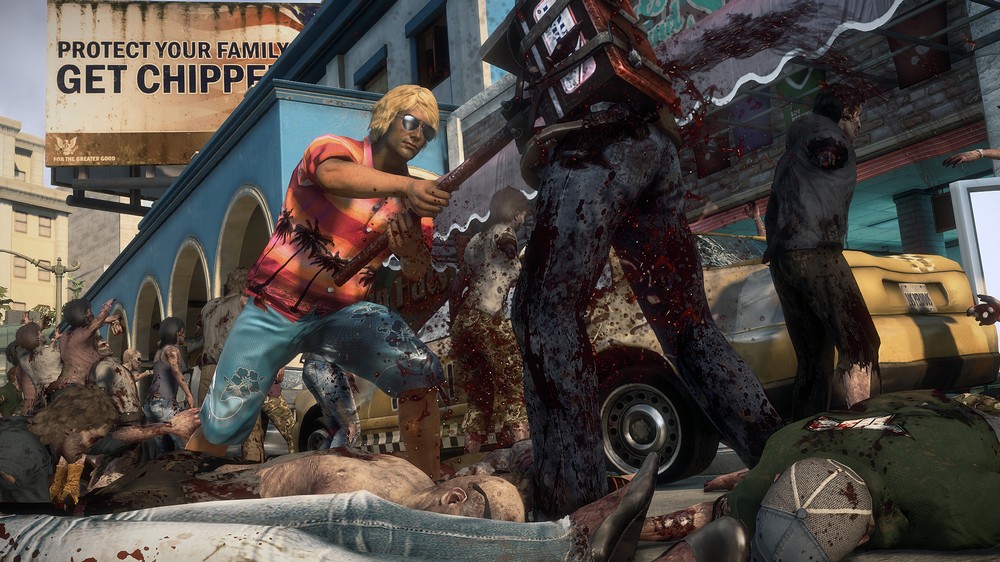 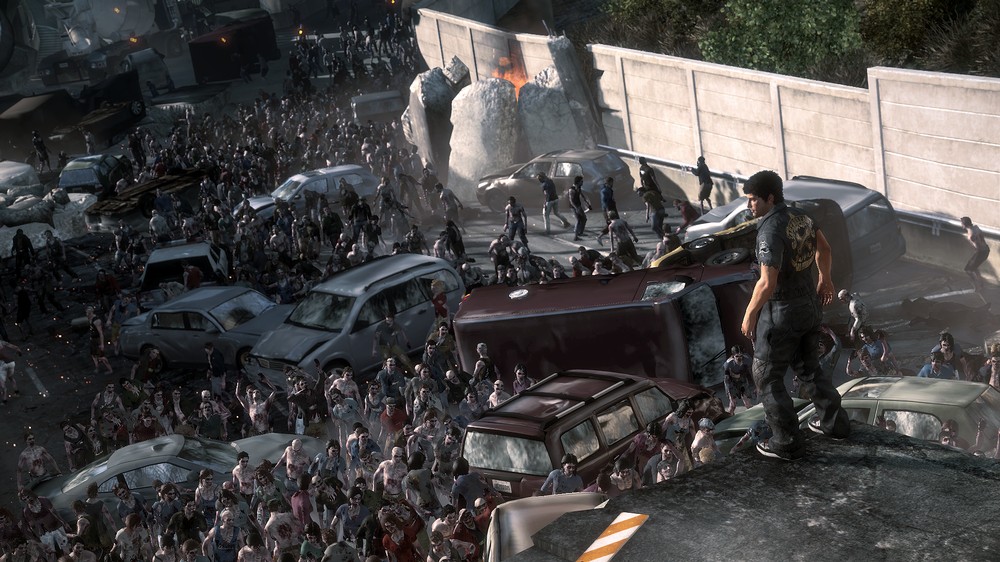 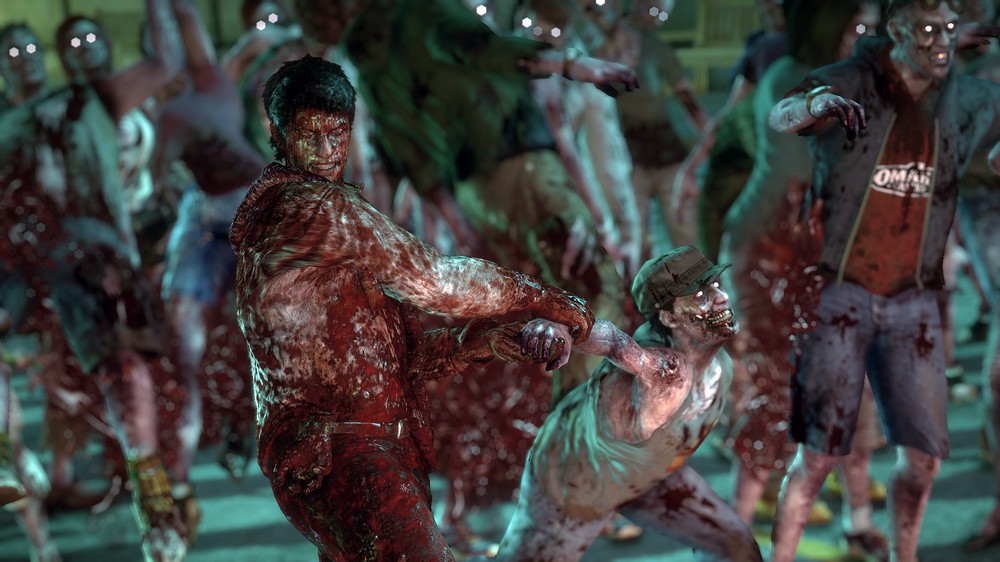 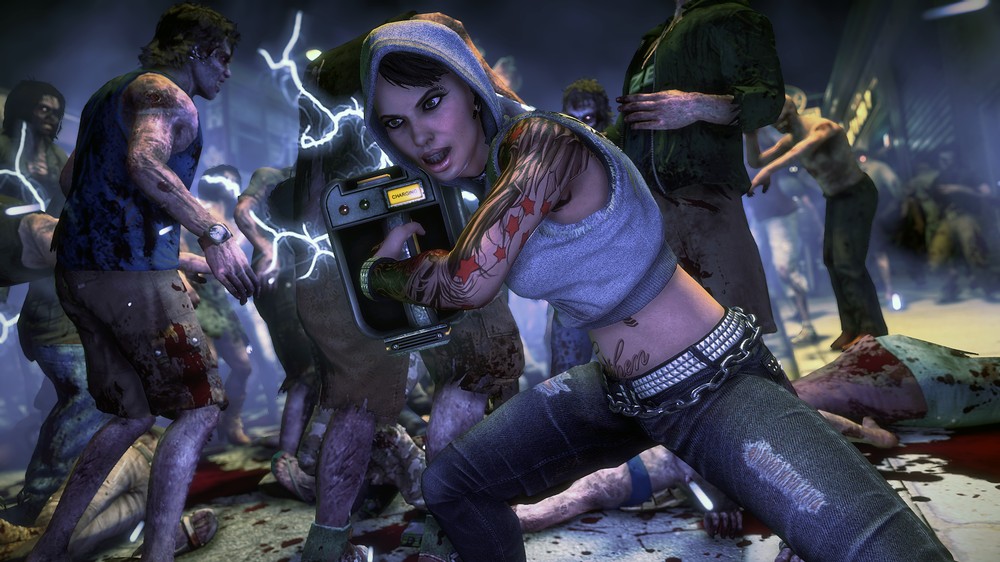 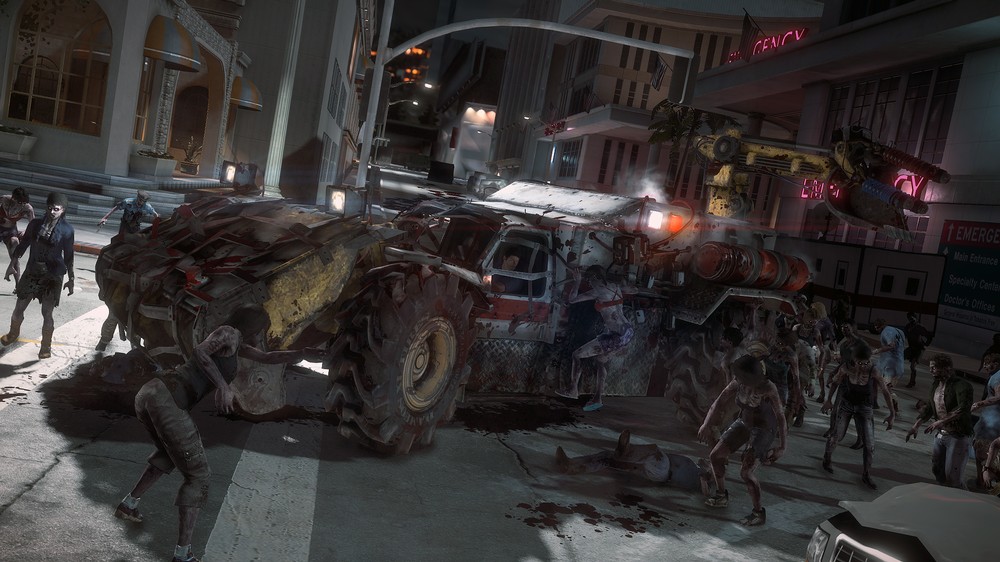 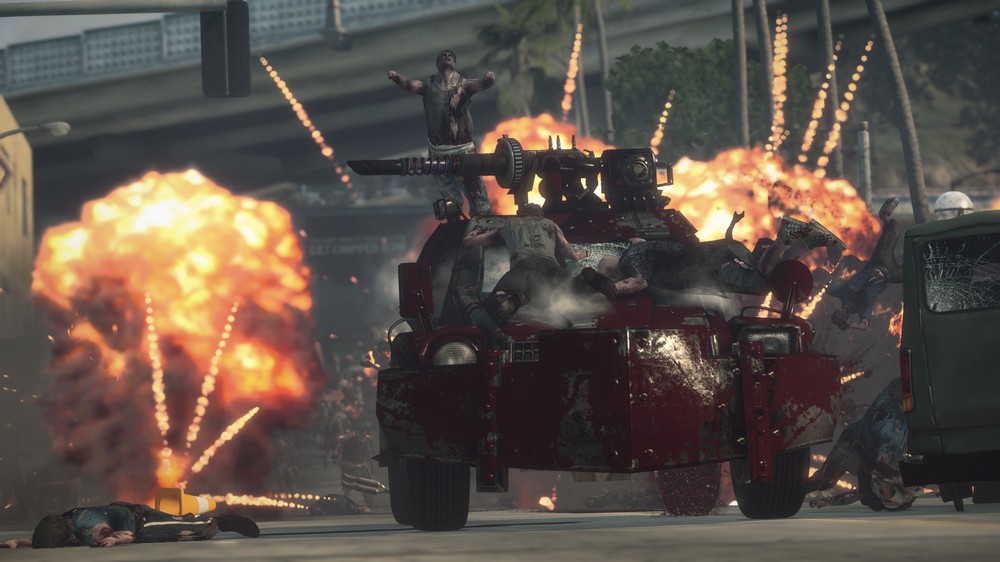