It’s amazing just how popular zombie related media really is these days. While my interest in the genre has died quite a bit over the last few years, I still like to check out what new and possibly exciting ventures people are coming up with for the hordes of shambling undead from time to time. Take the rather cleverly named Dead Island: Epidemic that I’ve been given the opportunity to check out for example. This MOBA (Multiplayer Online Battle Arena) or rather ZOMBA takes an already established franchise and puts an interesting and fast paced spin on it.

Dead Island: Epidemic is currently available as a Steam Early Access title, so if you are willing to invest in a game still in development you’re in for quite the zombie killing treat as you slay thousands of the undead nuisances. Though it’s not just the zombies that you should be worried about in this title. Once you get out of the prologue to get the controls down you can pick from one of two main gameplay types: Horde Mode and Scavenger Mode.

Horde Mode offers players a Co-op experience with up to 3 other random players or friends as you search for supply points and take on waves of zombies in your path which I found to be a hell of a lot fun despite only having a couple maps to play on. If you keep at it and play long enough raising your account to level four you can tackle the Heroic Horde Mode which offers up great rewards though the difficulty skyrockets. 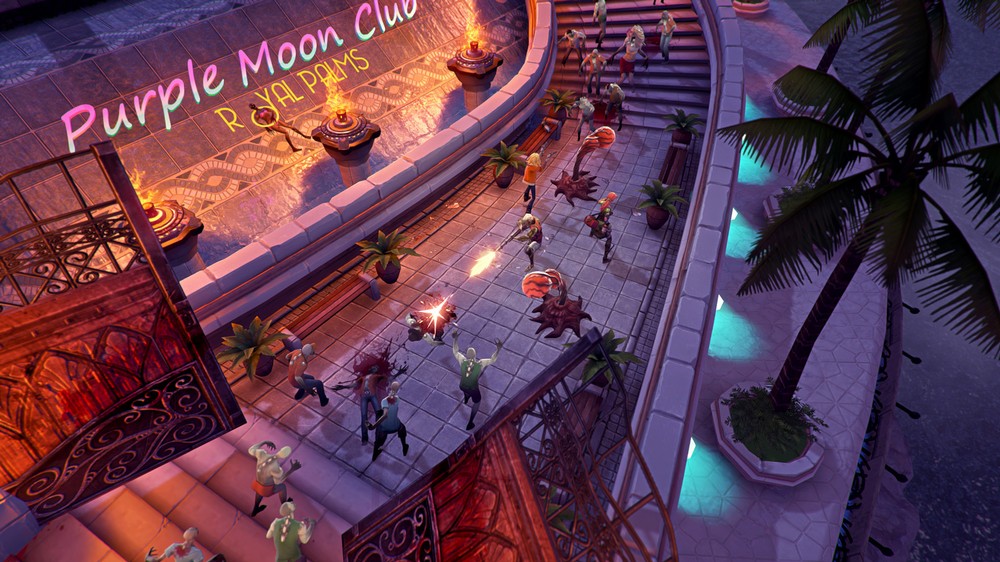 The second mode, Scavenger, is probably where the main brains and body parts of Dead Island: Epidemic will be though as it is more in the style of a MOBA whereas the Horde mode comes off more like what you’d expect from a top down version of the parent games. This 4v4v4vE modes pits 3 teams of 4 against each other in an attempt to secure supplies before the other teams do while still worrying about the zombie threat. This unique approach does afford each team with some options such as uniting to take down large enemies that spawn or to completely let them get demolished so you can worry about yourselves.

There are apparent situations that will occur to a 3-team system such as where one team is either going to get hammered by both opposing teams or one team will swoop in collecting supplies or picking off weakened players while the other teams are going at each other. Communication though is a very big key to potential success and at this time there is no in-game chat though third-party VOIP options like TeamSpeak or Vent are always an option.

The only thing better than communication is a well rounded team and that is where selecting your playable characters is important. At the moment there are 4 main playable characters each with two variant forms as well as well as one confirmed exclusive character found in the starter packs. Each version of a character must be burch asked individually and level up independently with use. While you first only have have Berg,the tanker, available at the beginning you can unlock more characters with earned character points as you continue to play. My favorite so far is Amber, the medic, who is pretty versatile in both her Survivor and Armored variations offering buffs/debuffs and heals. Her Mutated form however forgoes healing to make her a lethal stealth killing nightmare. 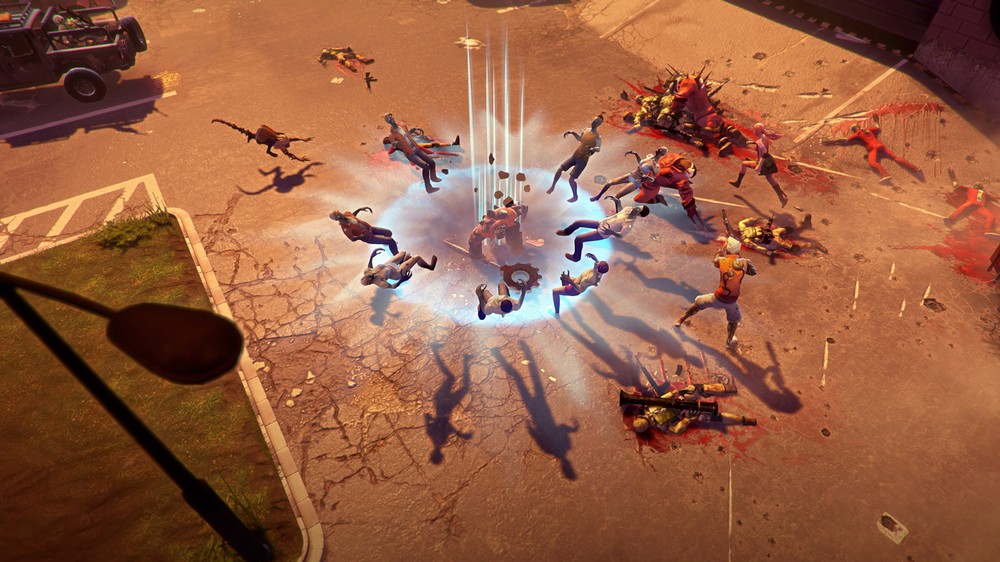 One of my favorite things about Dead Island: Epidemic other than pretty much everything is that it is super easy to control. Unlike other MOBAs out there Dead Island: Epidemic uses the classic WASD configuration for character movement and the mouse for aiming and attacking/shooting instead of click-to-move. No gamepad support is available at this time though personal I don’t need or want it. Games like this need precise aiming and execution and I get that with the tried and true keyboard and mouse combo. The controls are customizable to make the game more comfortable for say left-handed people which is awesome.

At this point of production, Dead Island: Epidemic is already shaping up to be a pretty enjoyable final product both from a gameplay and graphic perspective. Unlike its predecessors, Dead Island: Epidemic features a more fun cel-shaded approach to the world and its crafted weapons system which is a staple of the original games. The visuals are actually pretty solid at this point and contains some fadeout features on the environment so you’re never in a position where you can’t see your chosen character amidst the chaos. The weapons you can create are pretty sweet looking at this point and I can’t wait to see what new option are available upon the full release.

The crafting system in Dead Island: Epidemic relies heavily on a couple of things. The first is that you can only make insanely cool weapons up to and including your workbench level as it is based upon your account level. Once you meet that requirement you just have to have the required resources given at random at the end of matches to build them. However if you don’t have enough parts you can spend gear points to craft the item. Gear points while also earned by playing can be purchased by earned in-game money. Though if you’re short on that or not particularly patient that then you can spend real money to get more. 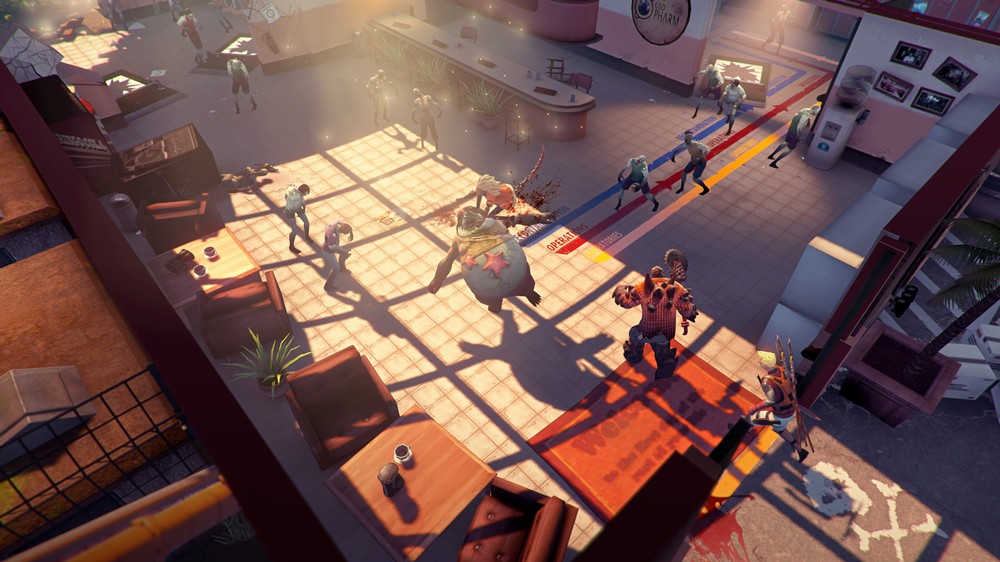 As this is a MOBA there is always the matter of the often dreaded though completely optional micro-transaction system which has been newly added. That said at this point I do not feel that this will turn Dead Island: Epidemic into a pay to win game as everything can be unlocked merely by playing the game and earning resources at the end of every match. If you want to buy a blueprint, craft a weapon or get a new character just play the game until you have enough to pay for it the good old fashioned way.  If nothing else you get to kill a crap ton of zombies. Which is FUN!

Dead Island: Epidemic so far is a fun and fresh fast-paced take on a series that is still fairly popular and I’m looking forward to seeing more maps and content when the final version comes out as I rapidly got bored playing the same 4 maps over and over again in my time with the game. I will say Stunlock Studios (kick ass name) definitely did a good job capturing the look and feel of the series though with its levels and weapons so far. So unless you’ve got a Beta invite or purchase one of the newly offered Starter Packs be sure to check out Dead Island: Epidemic for PC when it releases. 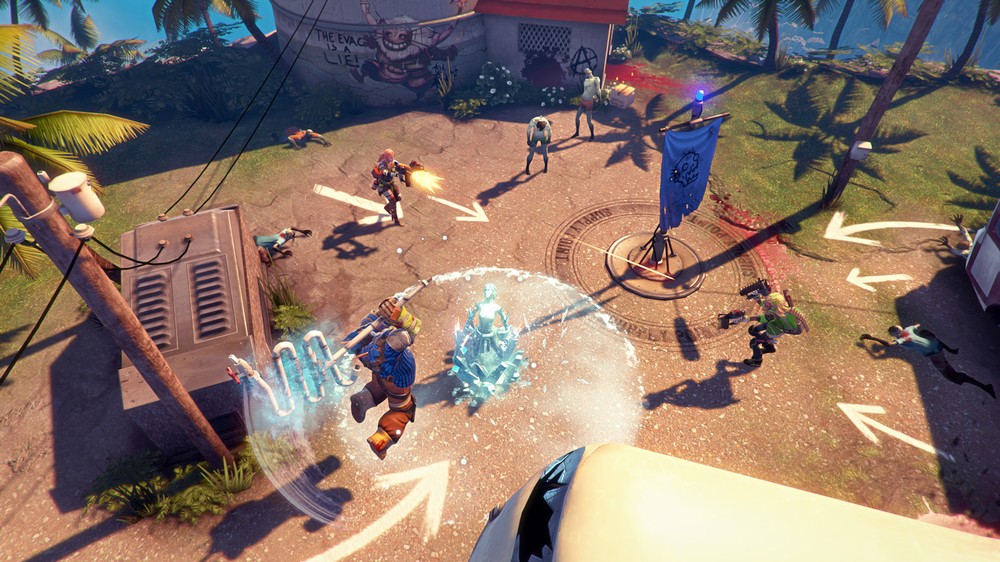 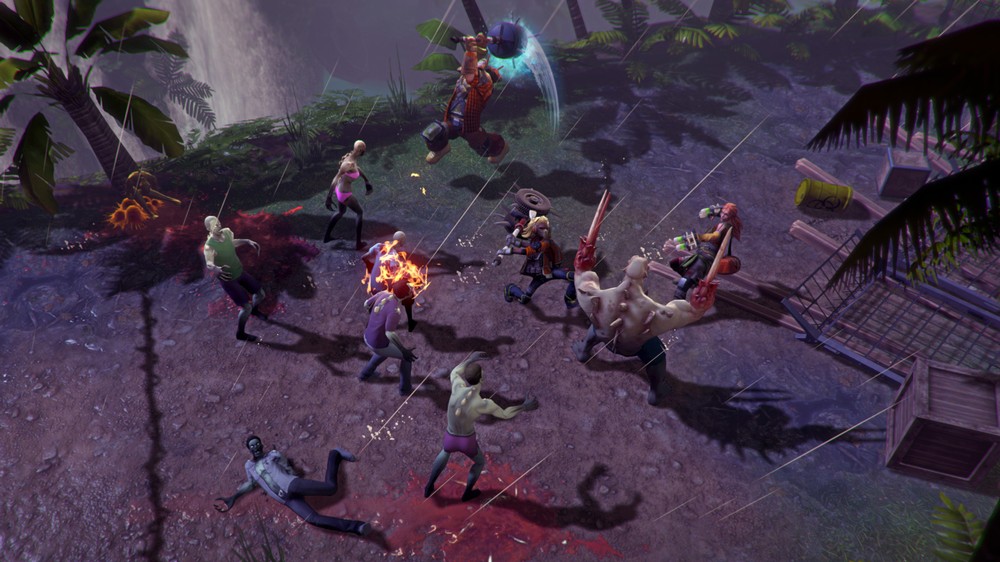 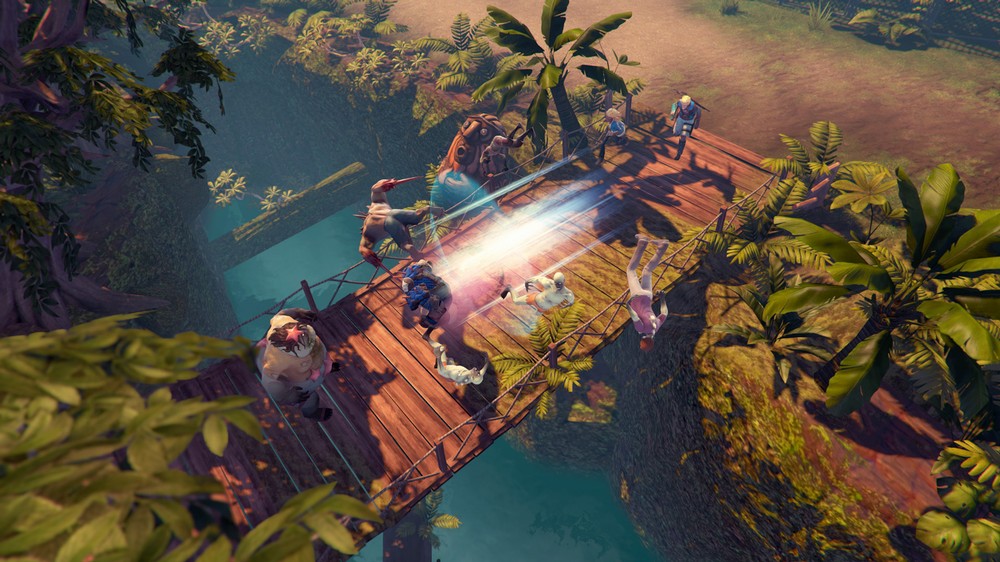 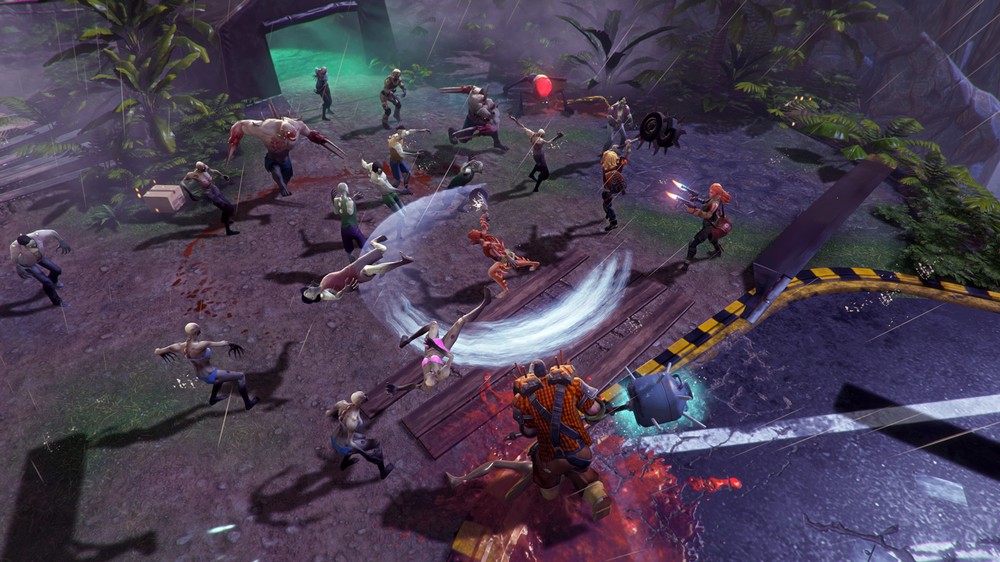 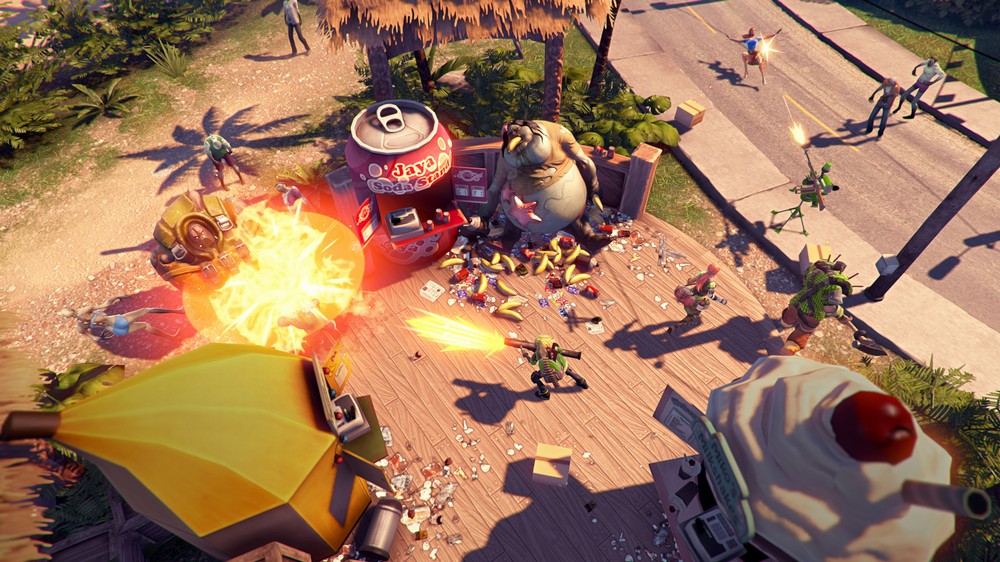 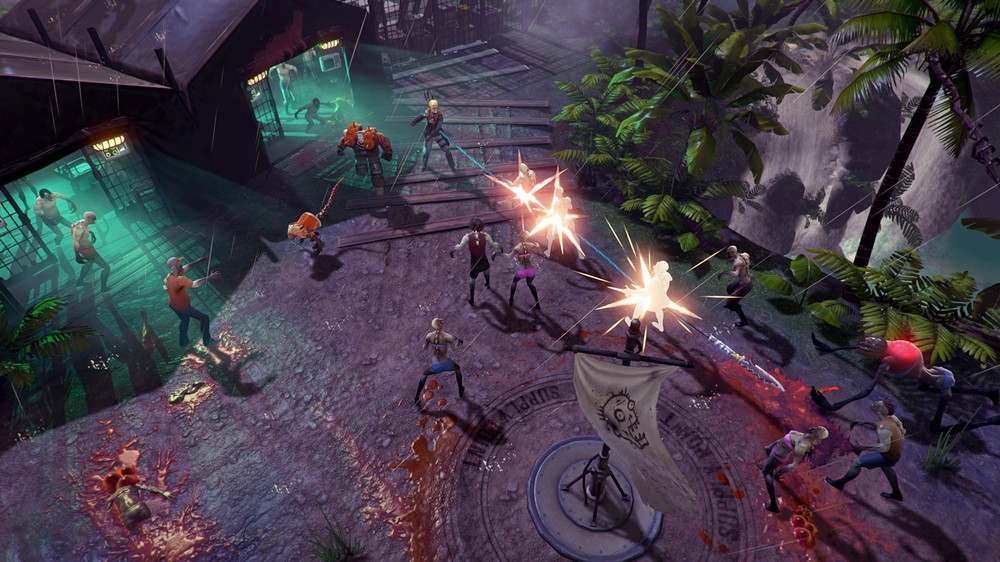 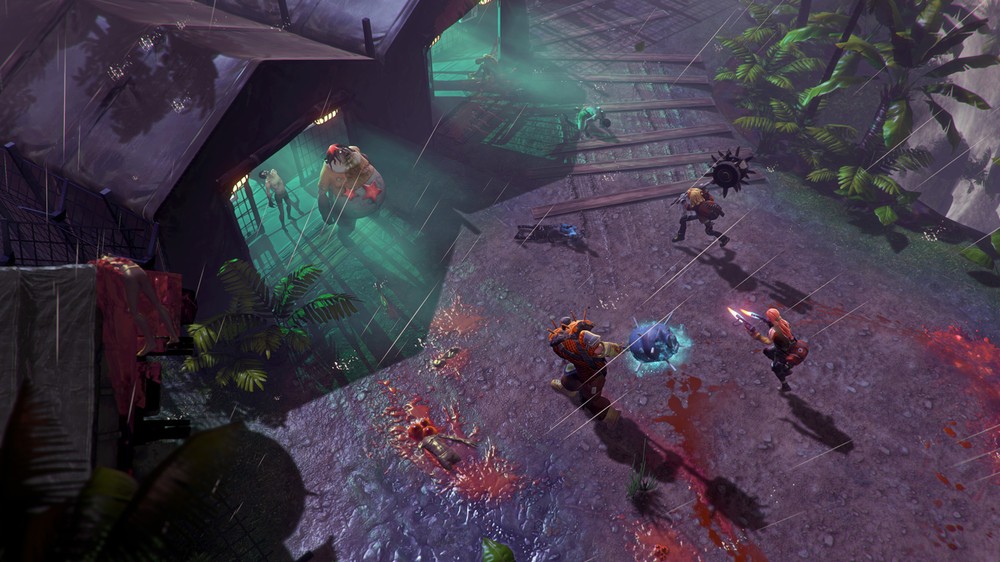 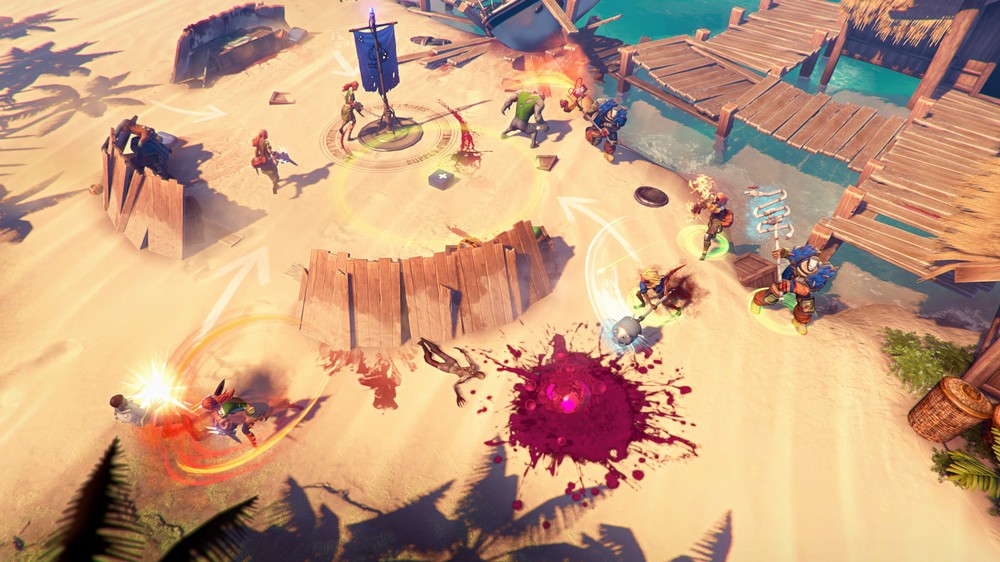 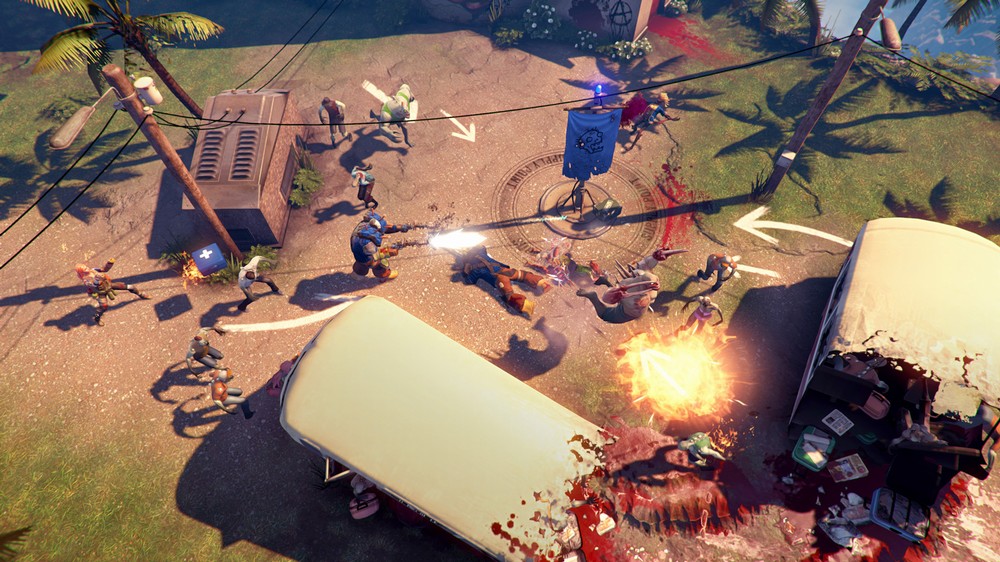