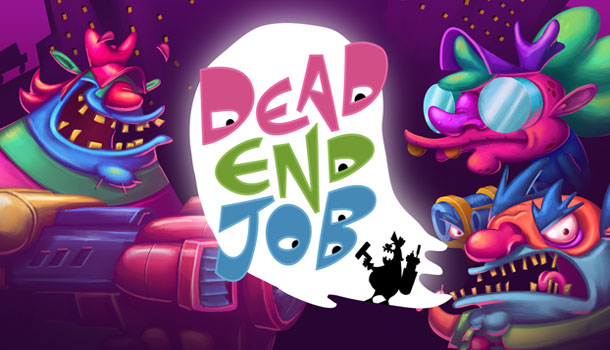 - Not a lot of depth
- Does feel a little repetitive

Dead End Job puts you in the grimy work boots of Hector Plasm, an ordinary guy who just so happens to exterminate ghosts as part of his day job. This isn’t a tale of heroics or saving the world, but rather a story about a relatively normal man who punches in, gets belittled by his boss, and drives off to various sites to fulfil contracts and bill clients. However, what Hector’s boss doesn’t know is that Beryl Ware, recently deceased, is haunting Hector, and if Hector can raise enough money by the end of the month, he can build a machine that will bring her back to life.

The fact that Dead End Job has an ever-updating tally of your earnings means that you’re constantly aware of how far away you are from Hector’s goal, and this gives you the drive to take on just one more job, or to fulfil just one more objective. More difficult jobs provide more money, but also increase the risk of Hector being unable to fulfil the contact and losing out on the bonus earned by completing the job. This means that there’s a constant push-and-pull of staying in the comfort zone that will guarantee earnings, or risking losing out entirely for the chance a bigger payday. The fact that Hector gets demoted and loses all of his bonuses if a mission is failed is another thing to consider, as you can carefully craft a series of perks over a number of jobs, just to lose it in a moment of carelessness. 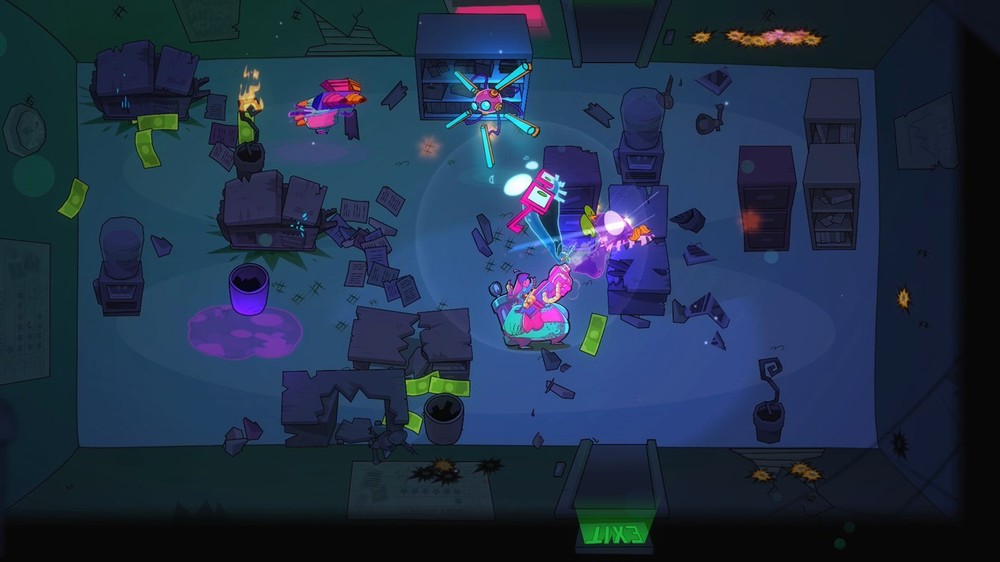 These perks are gained each time Hector gets promoted (read: levels up), and you can keep track of how close he is to doing this by a bar that appears whenever a ghost is captured. After a certain amount of captures, you’ll get a pop-up on screen that allows you to choose between one of three different perks. These vary from better cooling for your gun, more chance of finding items, a more detailed map, and other options that can make your life easier. However, some actually make the game more difficult, with the promise of greater rewards, so you’ll need to choose wisely. The perks do allow you to gain some control over Hector’s development though, so to a certain extent you can craft his abilities to match your playstyle.

Throughout Dead End Job, Hector will visit various locations across the city, taking on jobs in office buildings, parks, restaurants and industrial estates. The main objective of each job is to rescue a certain number of innocent civilians, but you also earn bonuses for capturing ghosts and clearing rooms. This allows you the chance to dictate the level and type of challenge in a job: you can clear every room of every ghost, which takes a little longer and leaves you more open to damage before rescuing the citizens, or you can rush through each room, only dealing with the ghosts directly responsible for capturing the citizens, but this makes your path back to the exit more treacherous, as you’ll be running into the ghosts that you didn’t capture earlier. There are definitely opportunities to use both approaches, and it’s up to you to decide how much you want to risk. 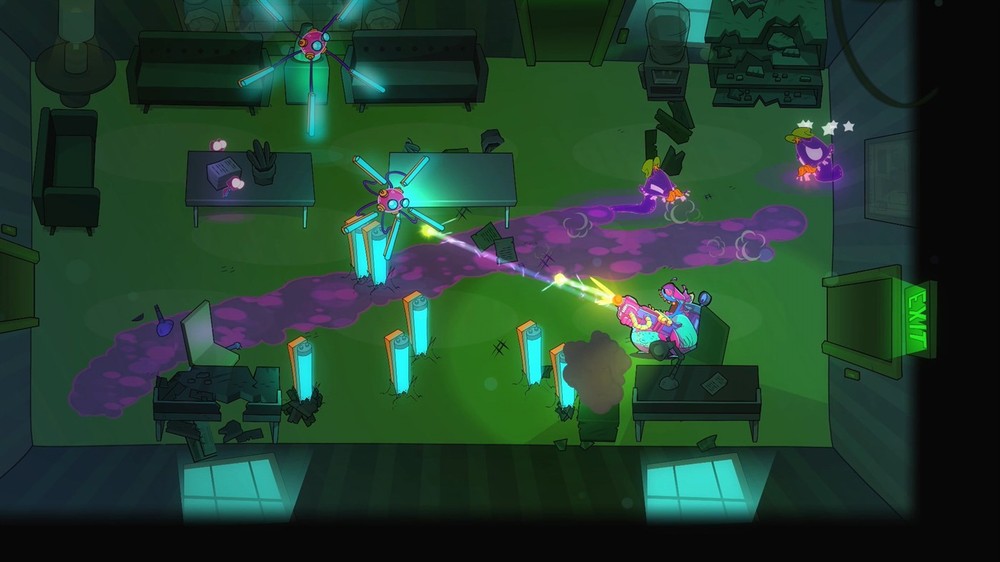 Once you’ve entered a building, all that Hector is armed with is his plasma gun and his vacuum. Though on paper it may sound a little like the Luigi’s Mansion series, Dead End Job is a more of a twin-stick shooter with roguelike elements, so it plays quite differently. Speed and accuracy are your allies, and you’ll soon find yourself clearing some rooms in a matter of seconds. There are a number of enemy types, but in a great use of visual language, you’ll soon start to realize that certain colors of enemy have a particular type of attack, even if it varies slightly from enemy type to enemy type. Red enemies, for example, will primarily use a rush attack, while blue enemies will fire projectiles. With a few levels you’ll be able to enter a room and quickly establish the order that you’ll need to capture the ghosts in to make your life as easy as possible. As each level is procedurally generated, you won’t know upon starting a job what exactly you’ll run into, but you’ll be able to keep yourself a step ahead as you start to learn what you need to do to succeed.

Alongside the steady stream of jobs that come Hector’s way, you’re also given the chance to meet side-objectives, which will either award you money for your savings or currency to unlock concept art. These objectives can vary from clearing a certain number of rooms to capturing ghosts in a particular area of the city. They add a decent variety to the gameplay, and some of the rewards on offer can be quite lucrative, so it’s worth keeping an eye on them and deciding whether it’s worth following up on them. They’re also a good excuse to carry on playing the game for just one more job, as you’re regularly at the point where you need to clear just a couple more rooms, or earn a small amount of money to unlock a new area. 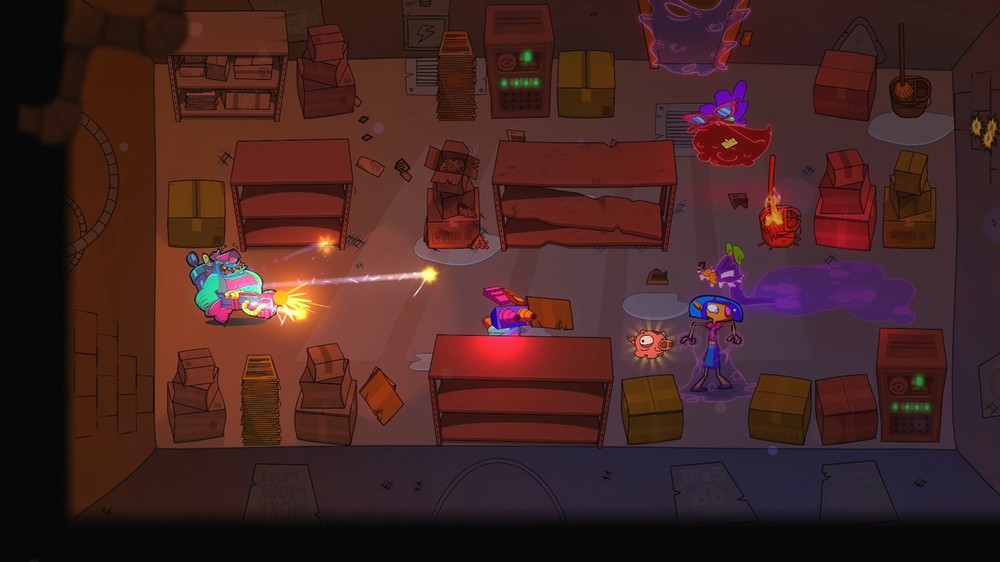 Unfortunately, there isn’t much to do in Dead End Job outside of this, which makes the overall experience feel a little shallow. Though there are a lot of jobs on offer, they all provide the same criteria of clearing rooms and rescuing citizens. There’s a healthy smattering of items that hector can use that can provide some variety to the gameplay, but these aren’t enough to keep the experience feeling as fresh as it could do with a little bit of variety to the gameplay. Dead End Job does do a good job of making you feel like you should stick around for just one more go, but since you aren’t really learning anything after the first hour or so, the only purpose in doing so is to watch a virtual piggy bank fill up a little more and potentially unlock a new snippet of story.

Despite the fact that Dead End Job doesn’t have much more to it than what can be seen on the surface, it delivers and enjoyable 6-8 hour campaign, though the possibility of failure means that this can be a little longer if you want to have a successful end to the narrative. It nails the feeling of wanting another go, and you can easily lose multiple hour to a session if you don’t keep an eye on the clock. With multiple objectives on the go at one time, you’ll always have something to work towards, and you’ll constantly have an excuse to send Hector out on another job. The combat can feel a little imprecise at times, and you’ll be hard-pressed to care much about any of the characters, but boiled down, Dead End Job is just good fun, and most players are likely to find something that they’ll enjoy within. 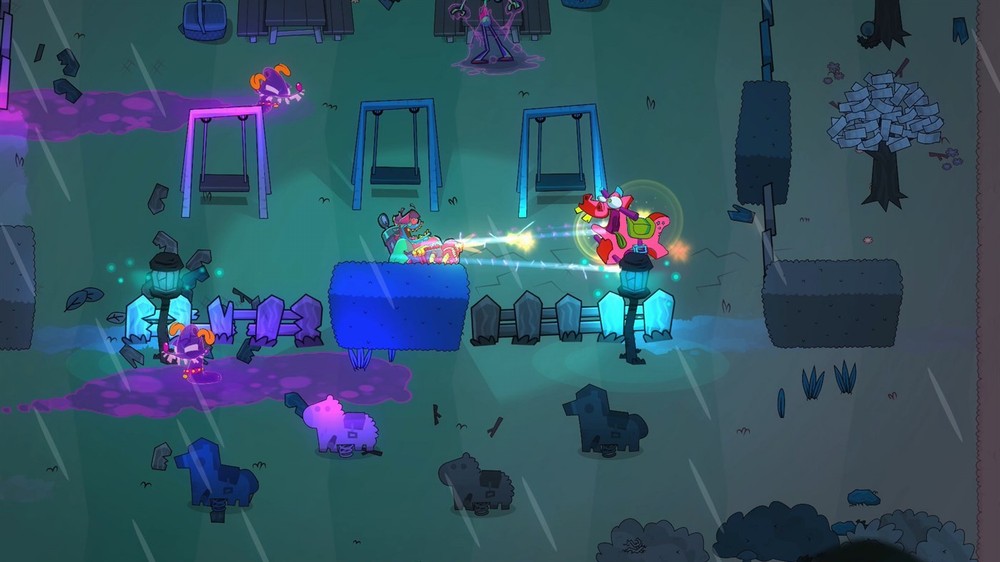 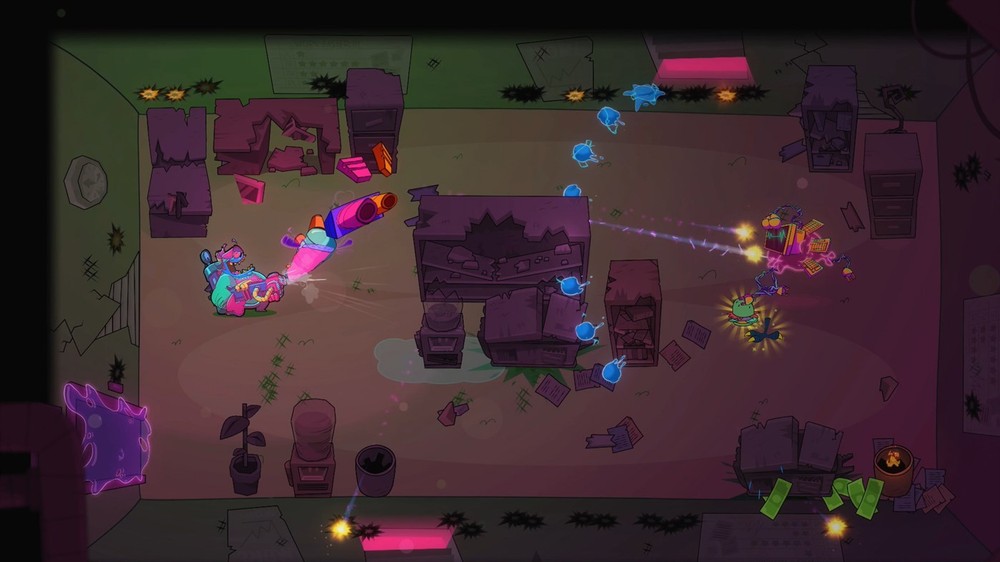 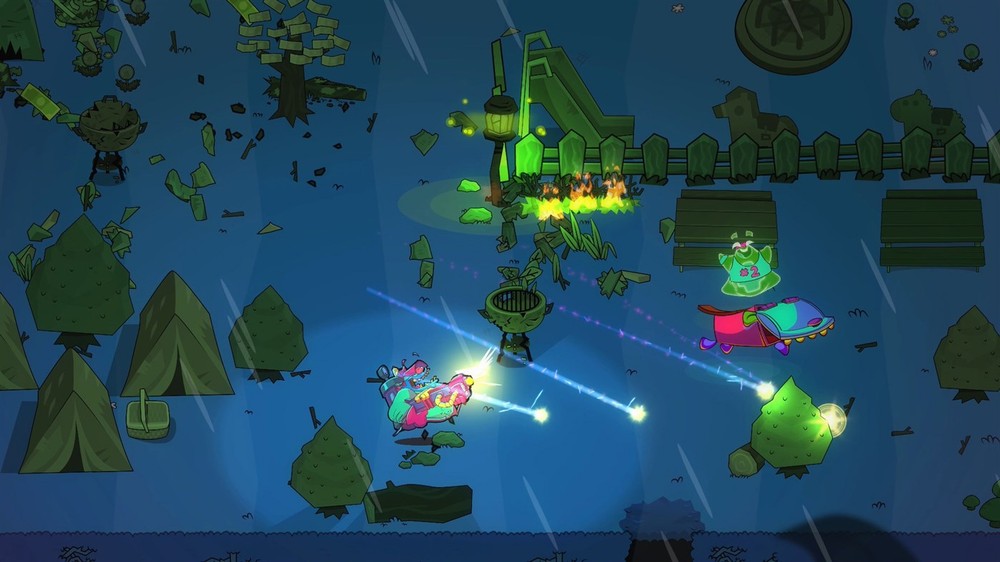