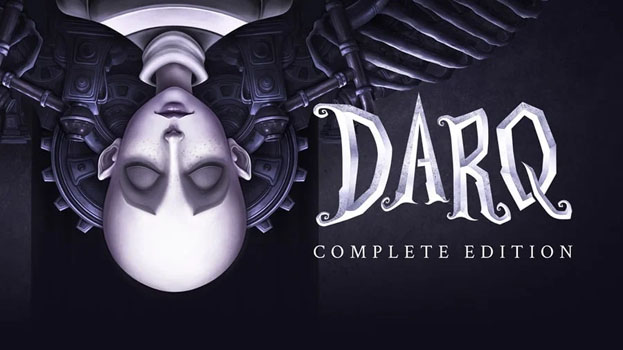 A unique and haunting puzzle game that tests your logic and 3D spatial awareness.

New onto the PlayStation Store, is DARQ: Complete Edition – a horror-puzzler from the relatively unknow Los Angeles-based developer Unfold Games.  DARQ takes gamers into the increasingly-disturbing lucid dreams of a young boy named Lloyd, whose only desire is to wake up but instead plunges deeper and deeper into the reality-bending nightmare world.

DARQ immediately conjures memories of the similarly-themed 2010 classic puzzler LIMBO (released 2015 on PS4)  from Danish developer PlayDead ApS.  In fact, when my son passed by he asked “Oh sick, they made a LIMBO 2?”  But dismissing DARQ as a LIMBO knockoff would be a disservice to a well-crafted and enjoyable puzzler, which is as much an homage to, as it is a derivative of, PlayDead’s cult classic. 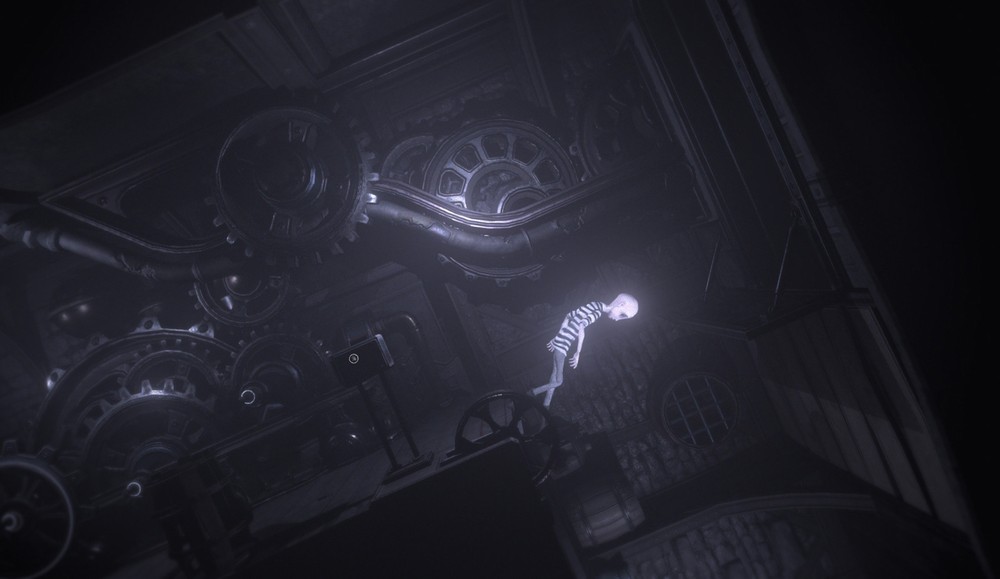 DARQ is a 2D side-scrolling adventure that takes place in the dark grayscale world of Lloyd’s nightmare.  The overall aesthetic is an eerie combination of Tim Burton’s Corpse Bride and Konami’s Silent Hill, where faceless toothpick-limbed freaks jump from the shadows and wheelchaired tuba-headed torsos stand guard.  There’s no shortage of gore, and jump scares galore, but it’s still tongue-in-cheek enough to be acceptable most gamers.

While I previously described a storyline regarding the protagonist Lloyd and his awful nightmare world, all of that comes entirely from the DARQ press release, as the game simply drops the gamer into the action with absolutely no explanations, no tutorials, no hints.  It’s up to the gamer to begin exploring Lloyd’s world, interacting with the contextual buttons that pop up, and completing the puzzles the game put forth.

Some of these puzzles are relatively straightforward – aligning blocks in certain patterns or stepping on switches in a particular sequence.  Most however are rather complex, requiring Lloyd to manipulate his nightmare world – rotating rooms so that the walls become floors and the floors become ceilings.  Doing so not only offers Lloyd pathways into other areas, but the shift in gravity allow physics to be a core mechanic in the gameplay. It sounds very confusing at first, but after a few levels gamers will begin to recognize the telltale signs of rooms that require manipulation to cause tiles to fall into slots, or to provide Lloyd access to an otherwise unreachable switch. 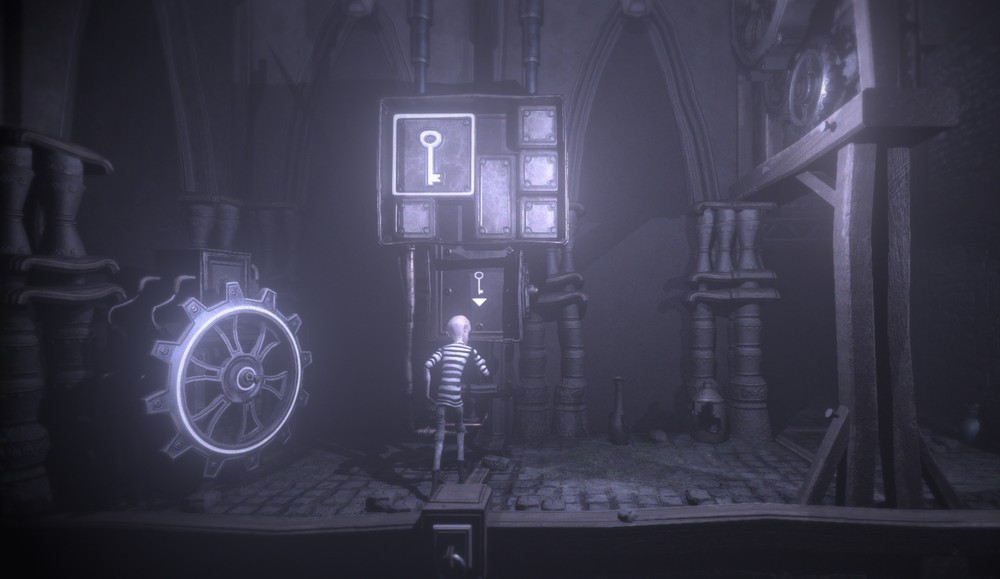 The six main levels in the game require a great deal of exploration, and a somewhat exasperating amount of backtracking.  While some of the levels are rather linear in design (a series of cars in a rapidly moving train, for example), others center around a central hub with branches extending outward, connected by some device such as an elevator.  Regardless of the layout, most puzzles will have some device missing – a crank, a battery, a head…yes, a head – that obviously must be found somewhere else in the level.  Finding these items is typically sequence-sensitive, meaning they’ll only present themselves if you have performed all the appropriate prerequisite steps.  This means that over the course of a level, you may traverse from one end to the other a dozen or more times, picking up this trinket here and placing it there, then another trinket here and placing it there, and so forth.

Of course this is nothing new for a puzzle game of this sort, but it can be a bit unnerving when the world is inhabited by those bloodthirsty Tim Burton-meets-Silent Hill weirdos I mentioned earlier.  Most of which end up being more of an inconvenience than anything – requiring Lloyd to hide in dark corners or hang from girders and wait for them to walk by.  While most of the puzzles allow the gamer time to contemplate and experiment, there are a few time-sensitive puzzles which really amp up the intensity.  These typically will require the gamer to determine, and memorize, patterns of efficient movement to get from point to point before the puzzle resets.  However, there are a few where it felt like dumb luck – case-in-point a rather disorienting sequence where Lloyd is tasked with solving a maze blind save for 3 glances, all while being hunted by, well…I’ll leave that one for you to find out. 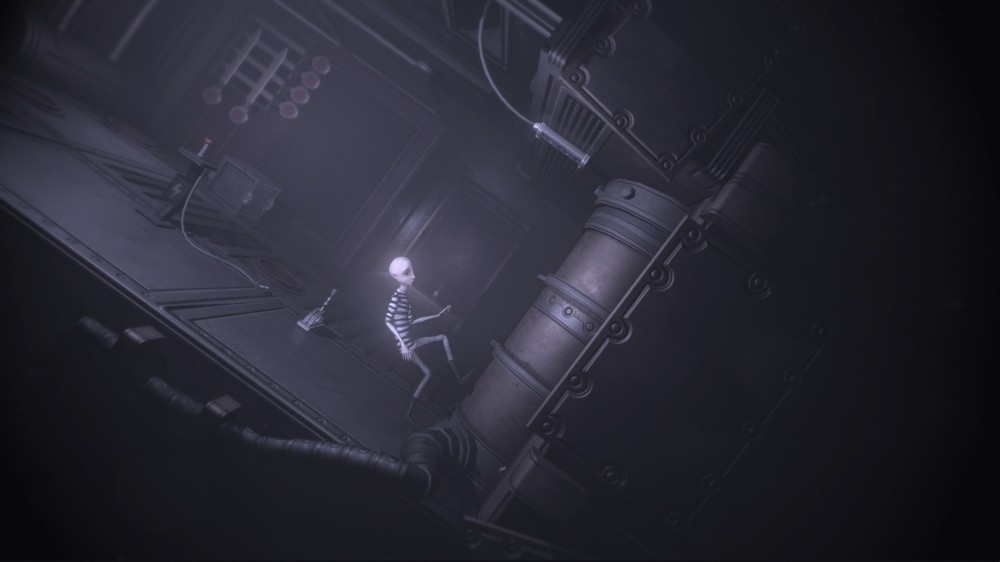 The subtitle “Complete Edition” comes from the inclusion of the two DLC levels, The Tower and The Crypt.  Both levels add a great deal of additional play time, as well as an interesting new twist on the gameplay itself – requiring the gamer to control not only Lloyd, but an additional object to solve puzzles.  Again, I’ll leave that one to you to discover.  Even with the two additional levels tacked onto the original six, the entirety of DARQ: Complete Edition can be completed in a little under 3 hours. And while this doesn’t mean it isn’t worth the $20 price tag, it does feel a bit brief considering the lack of replay once the puzzles have been solved.

That being said, while I couldn’t find much information on the developer Unfold Games, I did see that they are currently sponsoring an Indie Game Competition promising $170,000 in prizes for Indie game developers.  So, if the money from DARQ is going to sponsor events like that, well…I guess that makes it a bit easier to support. 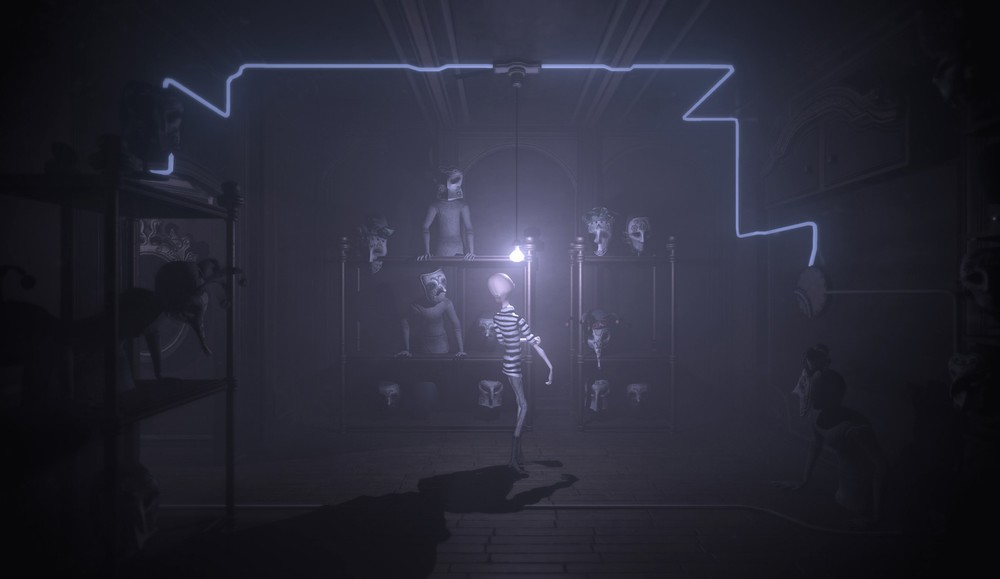 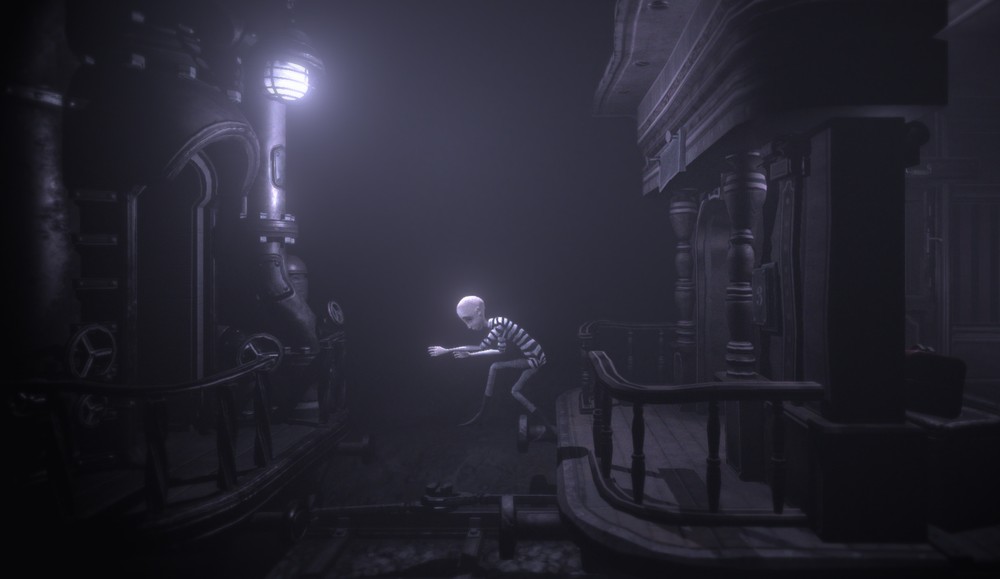 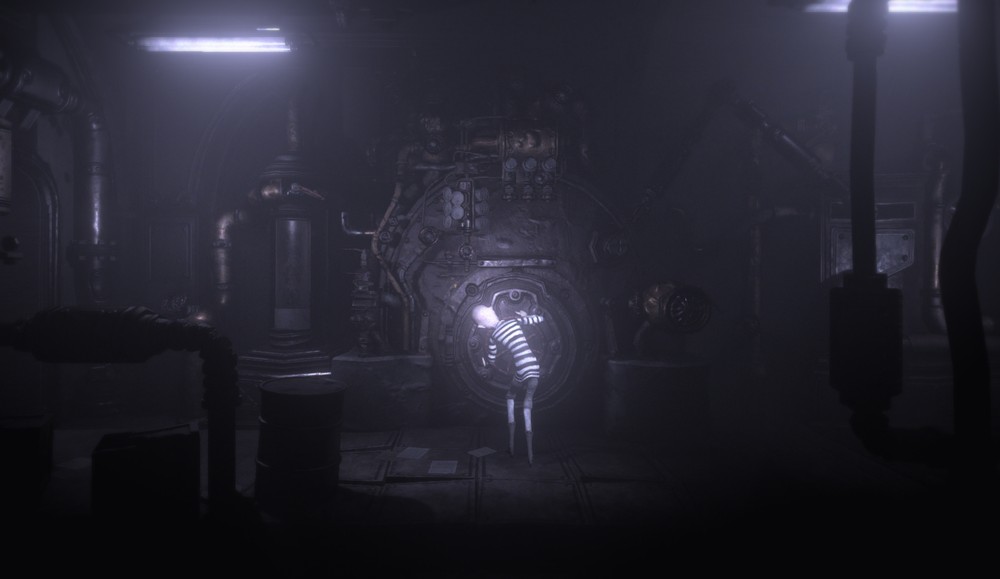