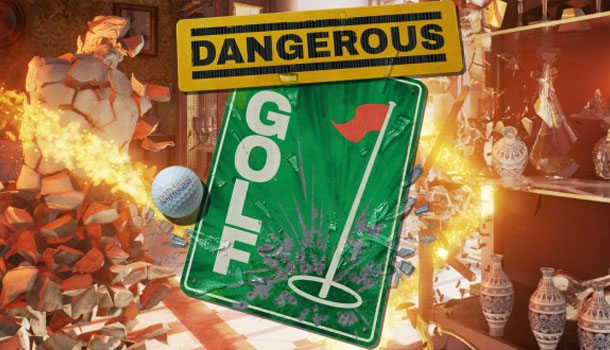 The most destructive game with a golf ball ever made.

I’m a big fan of the now-legendary Burnout franchise, so when I heard some guys from that team were behind the new Dangerous Golf game my interest level shot off the charts.   After all, what could be better?  You’re playing golf indoors (for the most part) and your main goal – aside from getting the ball in the cup – is to create as much destruction and mayhem possible while doing so.   Whoever said “the shortest distance between two points is a straight line” never played Dangerous Golf.

The game and underlying concept is quite simple.  You’ll be putting in several real-world inspired venues like an art gallery, a kitchen, a bathroom, or a gas station just to name a few.  Somewhere in the room is a hole and you need to get the ball into that hole while destroying as much of the environment as possible.  Each level will have key items that can be outlined using a button-tap hint system.  Smashing these will award you with bonus points, and smashing enough of any other items will all go toward your SmashBreaker goal.  Later in the game you’ll have to smash enough items to just reveal the location of the hole. 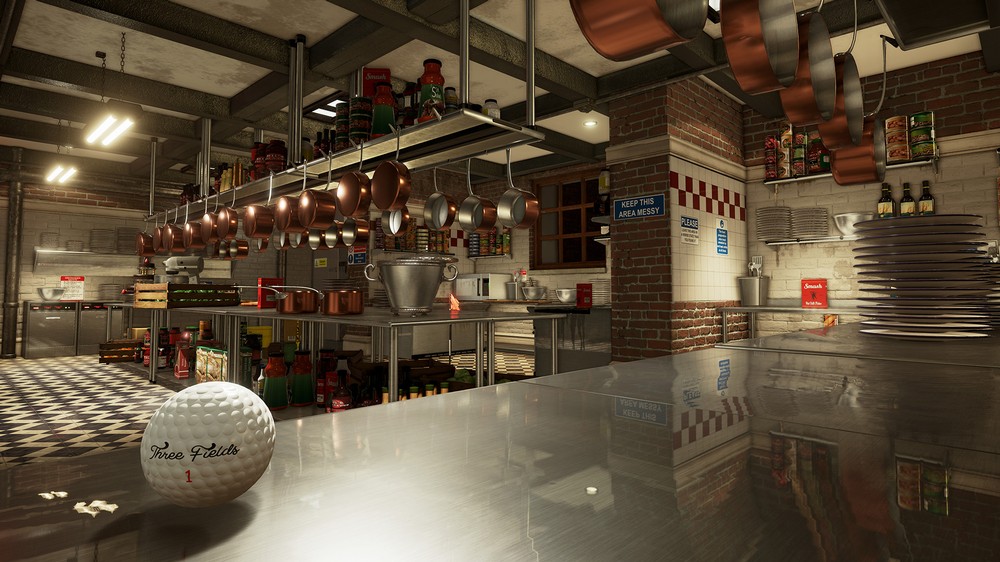 SmashBreaker is where Dangerous Golf begins to mirror Burnout’s crash mode.  The game goes into slow motion, as you launch your flaming golf ball into the room steering it around to aim at objects to create the biggest chain of destruction possible.  The trick is to keep an eye on your remaining SmashBreaker meter, so when the ball finally comes to rest you have a chance of sinking the ball on your next putt.  Failure to sink the ball after that will result in a loss of half your points.

There are all sorts of ways to earn extra points.  Secrets are scattered about, often in plain sight, so one time it might be a crate of oranges and the next it might be a microwave oven or a basket of eggs that is designated as a special bonus item.  You also get bonus points for ricochets and a free ball if you manage to score a hole-in-one.  All of these points add up to earn you various medals from Bronze to Platinum, and ultimately unlock new locations, events, and challenges. 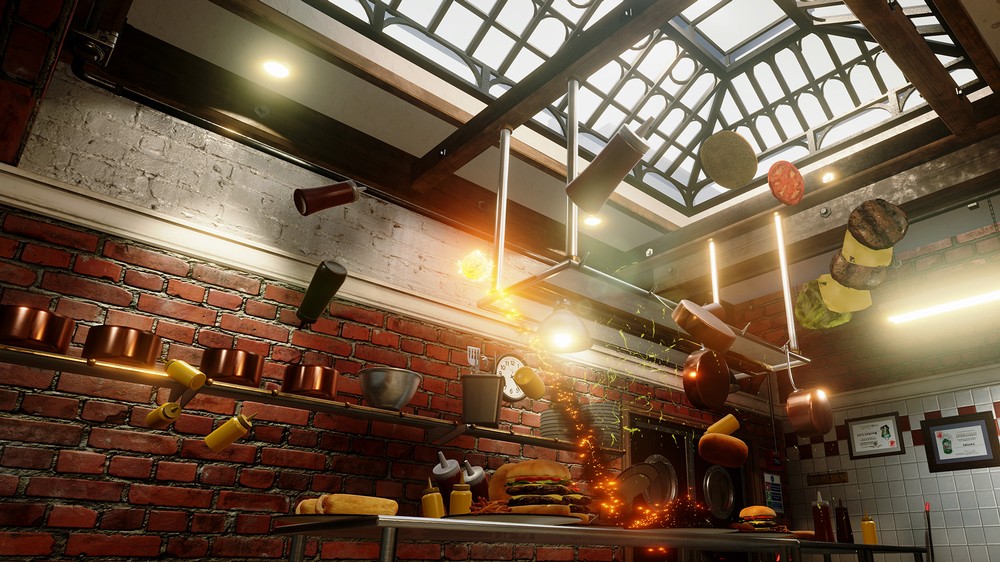 What might sound shallow in concept becomes totally engaging thanks to the photo-realistic imagery and explosive sound effects.  This game goes deep into nVidia’s bag of tricks with fantastic lighting, shadows, realistic textures, an epic physics engine, and some of the best water effects I’ve ever seen.   Whether you are playing alone, co-op, or in a 4-player party game online or off, you’ll get to visit detailed locations in England, France, Australia, and the USA.  Each country has multiple venues with multiple challenges for each scene, and you’ll be discovering new secrets and new things to smash even weeks later.

Dangerous Golf has some good music in the menus and transitional screens and fantastic explosions and smashing effects for glass, china, and anything else that can break.  There is even some great tutorial narration by an old favorite from the Burnout franchise, which you can enjoy in this video that also showcases the game in a way that screenshots can never do.

For a golf game that is lacking fairways, bunkers, trees, water hazards, and just about anything else you’d expect in a golf game, Dangerous Golf takes the concept of miniature golf and turns it on its head.  I was constantly reminded of the scene in Caddyshack 2 where Chevy Chase is playing a game of golf inside his mansion.   Three Fields Entertainment has made that scene a reality and added massive amounts of destruction while doing so.

I’ve spent weeks with the game and have nearly completed the solo World Tour, am well underway in a Co-op World Tour, and climbing those leaderboards with every new day of play.  While this is certainly no substitute for EA’s absent PGA game this year, or a proper Burnout sequel, Dangerous Golf certainly offers enough gameplay and adrenalized explosions to satiate my thirst for both these games…at least until next year. 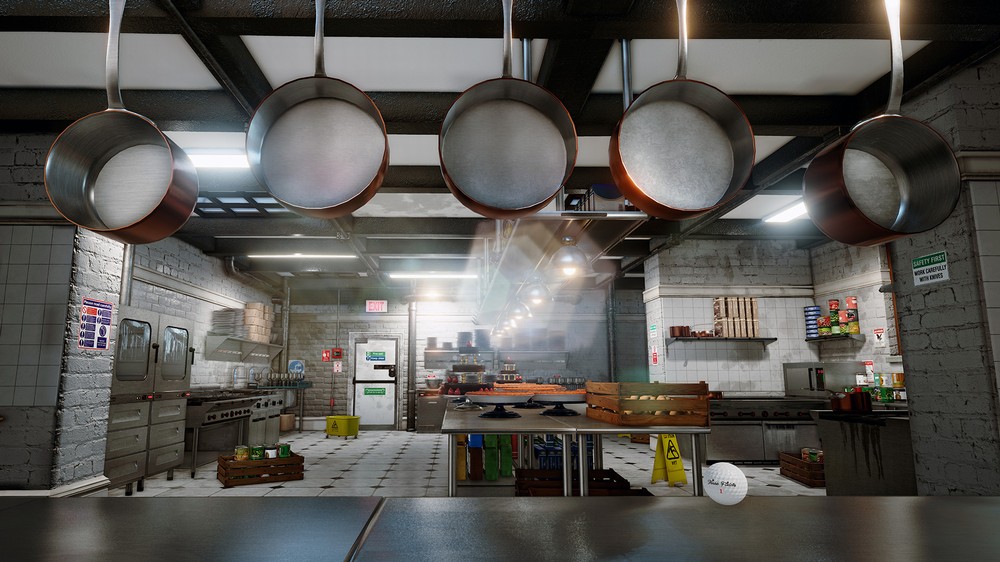 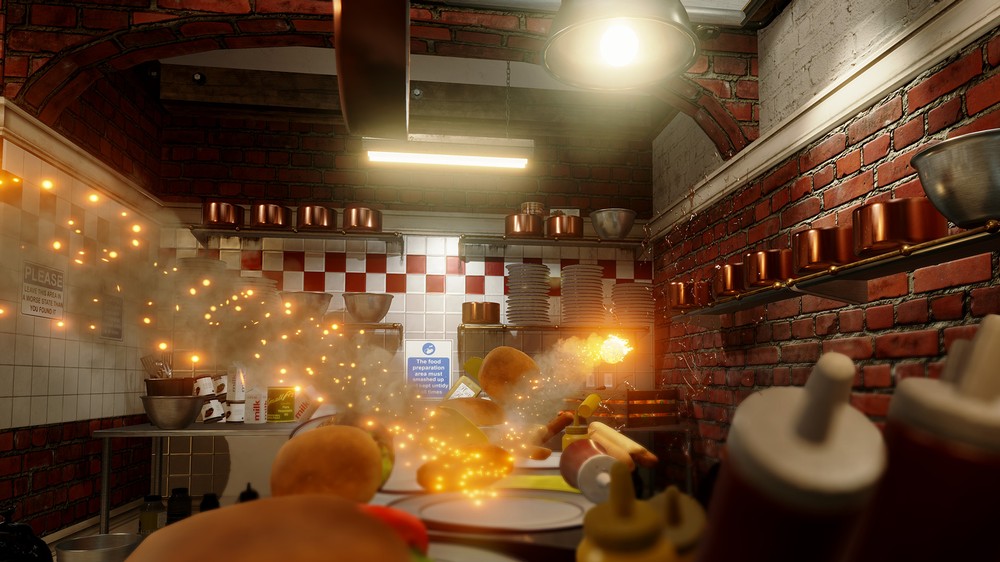 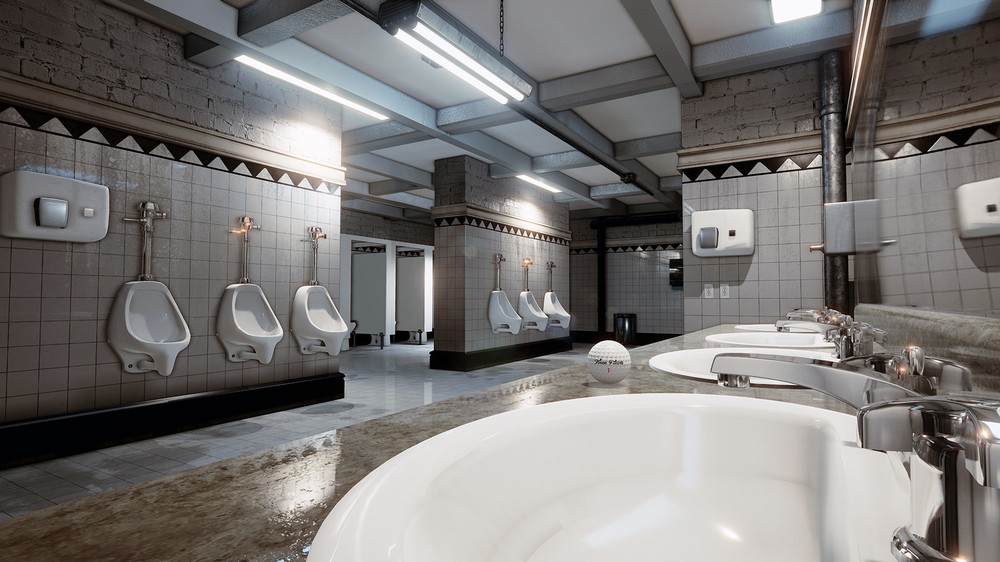 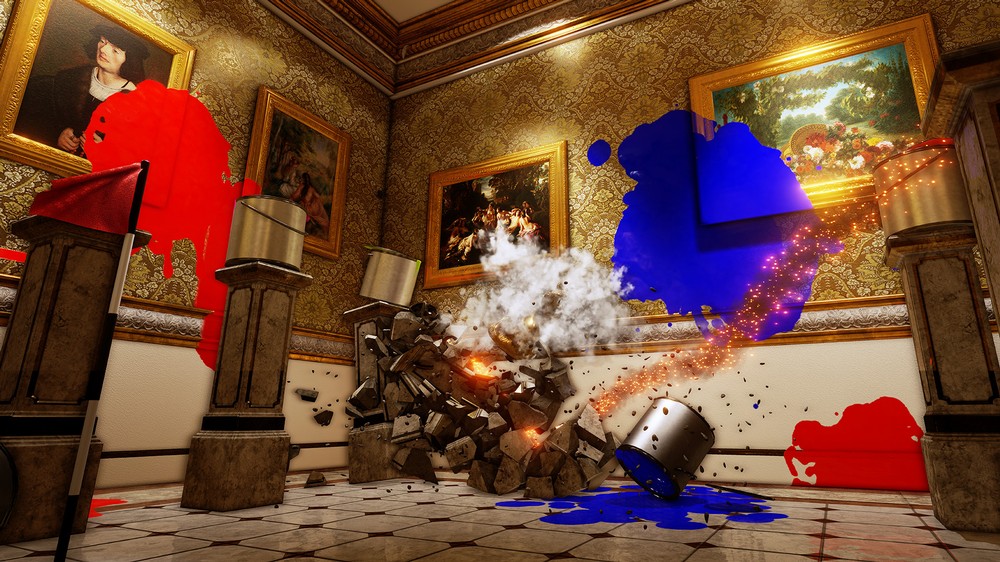 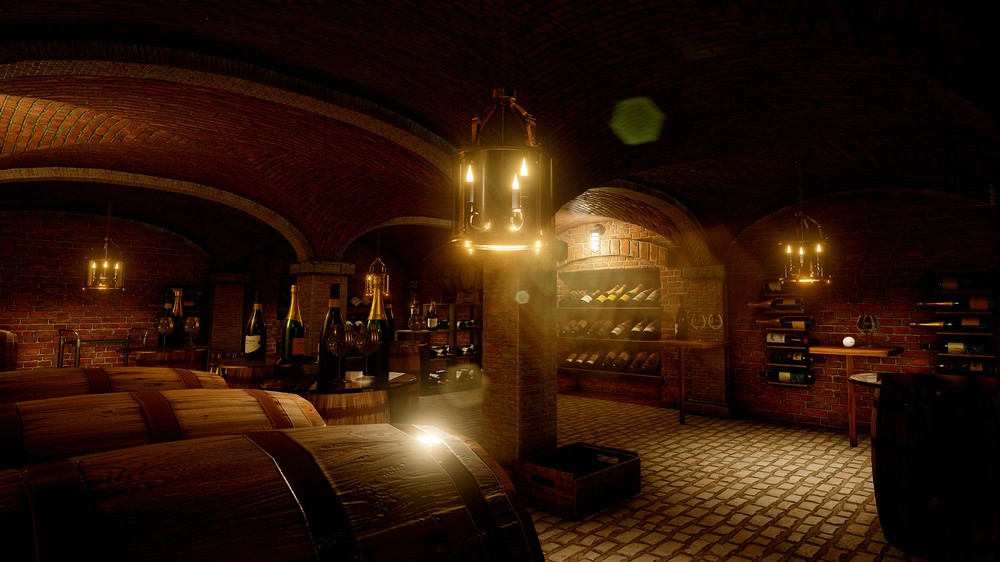 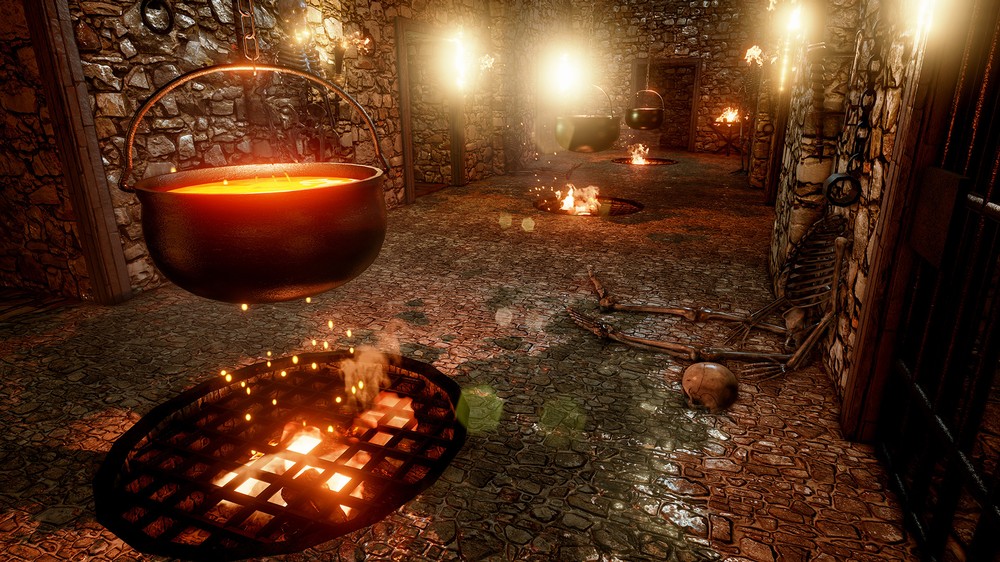 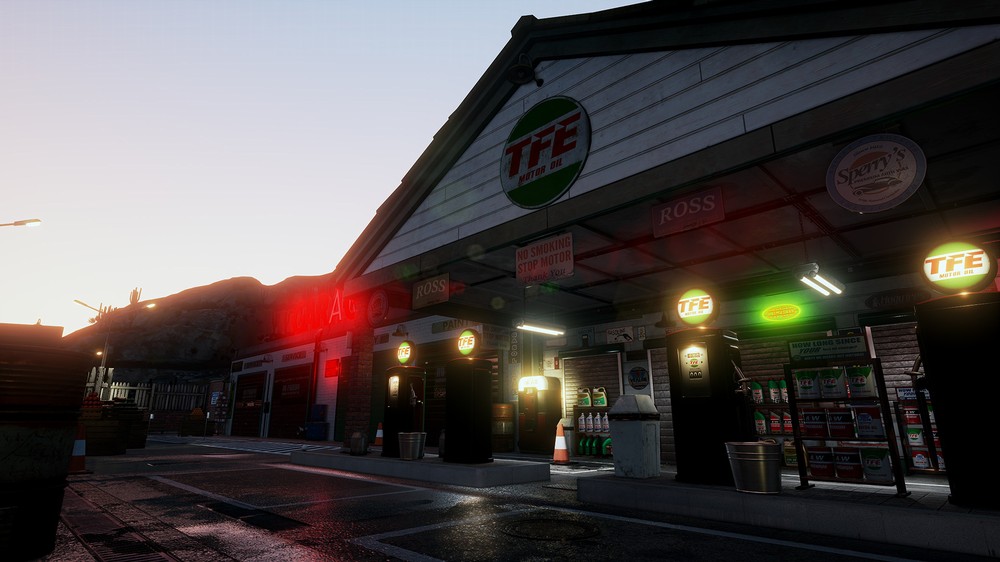 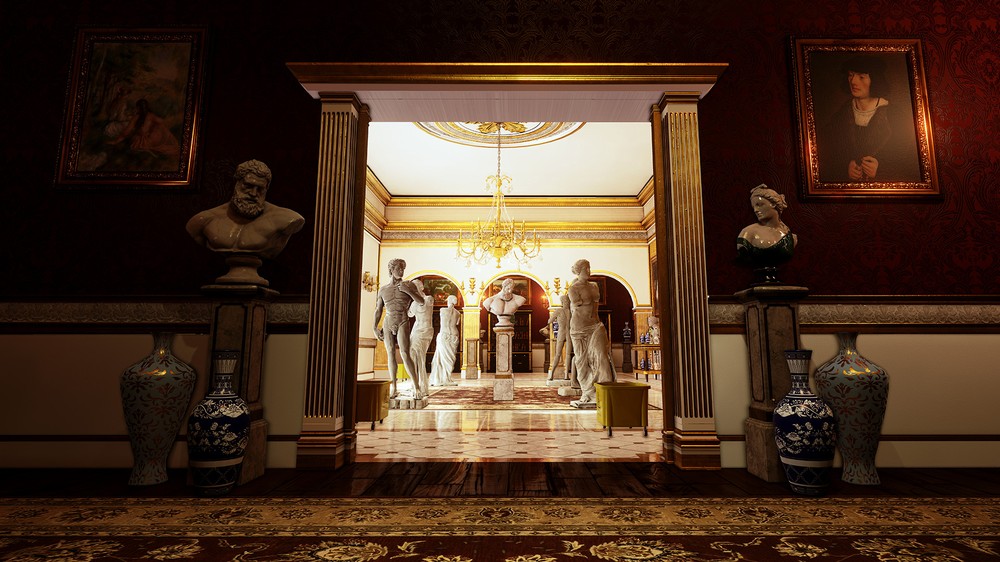