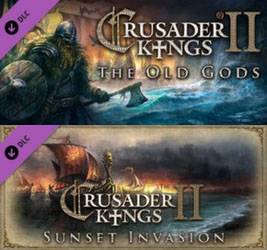 A great addition to the Crusader Kings II experience and definitely worth your money.

In the run-up to Europa Universalis IV’s release, I got the chance to take a look at The Old Gods and last year’s Sunset Invasion, a pair of Crusader Kings II’s DLC options. While the Old Gods, adding playable pagan faiths and Zoroastrians, a new starting era, new UI options, and a goodly amount of new events was probably Crusader Kings II’s largest expansion, and Sunset Invasion, added a new event chain featuring alternate history Aztecs, was its smallest, each will add new aspects to a game that gets ported from CKII to EUIV, making this the perfect time to give them some attention.

The Old Gods’ biggest addition are the Norse pagans, which give an entirely new way to play. With only gavelkind rule, larger short reign penalties, and a starting religious disadvantage, the Norse pagans (and the other pagans that inhabit Europe) are in a rough position to begin with, mostly balanced by their unprecedented, almost-comedic ability to conquer vast swathes of territory at the drop of a hat.

Norse pagans can plan invasions, giving one medium-sized holding the ability to invade another by building up massive amounts of troops. Additionally, they can declare a conquest casus belli for coastal regions, and regions that they’re adjacent to. This adds up to a whole lot of expansion on relatively short notice, leading to their play style of creating vast empires, only to have them break apart quickly. In my time as the Norse invaders of England, I managed to create Brittania within a century, but was constantly swatting down rebellions and factions trying to claim my empire or break it apart. 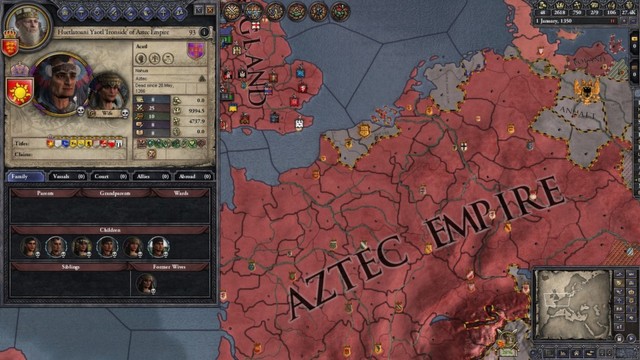 It all comes out to a very different style of play from the careful dynastic management of the Muslims, or the classic internal soap opera play of the Catholics. It wasn’t one I found myself well-suited towards, since I’ve never quite got the hang of combat in Crusader Kings II, and the Norse lean on it heavily, but it’s an interesting alternative for more capable warmongers.

The Zoroastrians come across almost as an Easter egg, but they’re still a pretty cool one. At the earliest start date, there’s only one Zoroastrian lord that I could find, tucked away in the middle east, and given how he’s stuck between Muslims, eventually, the invading hordes, only Crusader Kings pros (or, in my case, flagrant cheaters) can see them bring their religion back to prominence. Once they do, though, the ability to resurrect Persia, perform sibling marriages, and dominate the eastern half of the map with a dynasty whose gene pool is a shallow puddle is still pretty great.

Of course, there’s still the 1066 start position. A pagan starting here will be in for more of a challenge, with the crusades in full swing, but that makes coming back and enforcing the worship of the Allfather across Europe even cooler once you can make it happen. I didn’t get too far here, but the additions to pagans make an interesting twist. 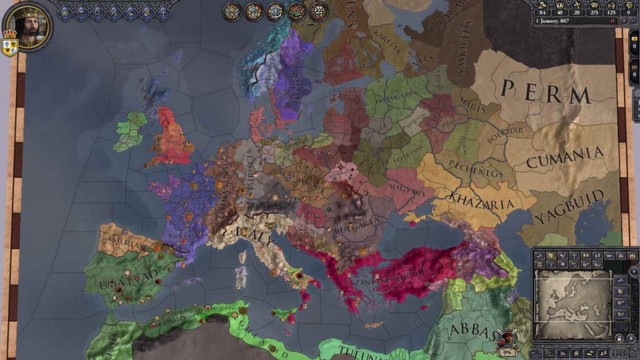 Additionally, I found the holy site system pretty delightful for being able to build up or dismantle a religion. The Norse, with their coastal invasions, are in an especially good position to pick apart rival faiths with pinpoint raids, leading to heresies spreading across the map like wildfire once you undermine their moral authority.

Comparatively, Sunset Invasion is relatively limited, but still great fun. In the later part of the game, Aztec explorers will find Europe, leading to plagues and a full invasion wracking the west of Europe, even as the Golden Horde arrives in the east. It’s really all about the events, so it’s hard to say much more without spoiling it, but giving an extra layer of challenge to the comparatively safe west of Europe is great for players who find the late game settling down a bit.

We’ll have to wait a few days for EUIV to launch to see how these features port over into the next game, but still, each is still a great addition to the Crusader Kings II experience. The new start in Old Gods is fantastic, as are the new varieties of play for pagans, while Sunset Invasion adds a delightful new event chain that’s worth the five bucks to experience and spice things up. Both are definitely worth your money if you haven’t already bought them. 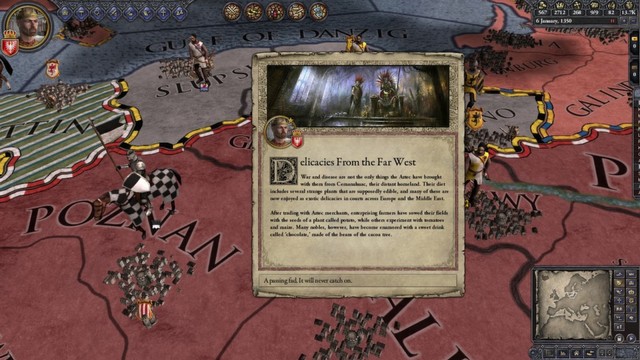 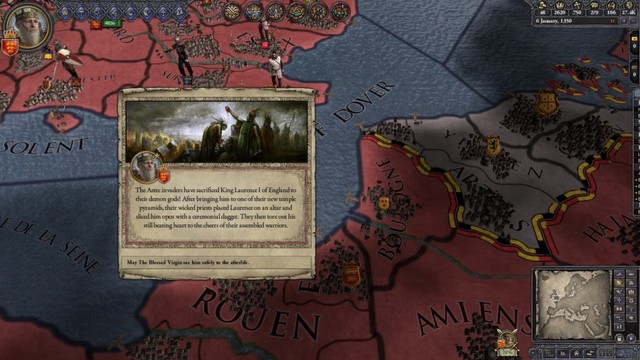 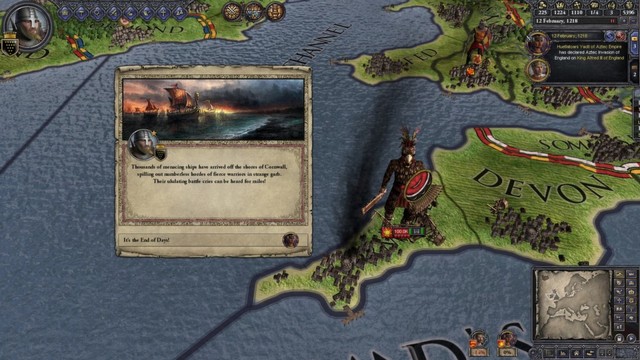 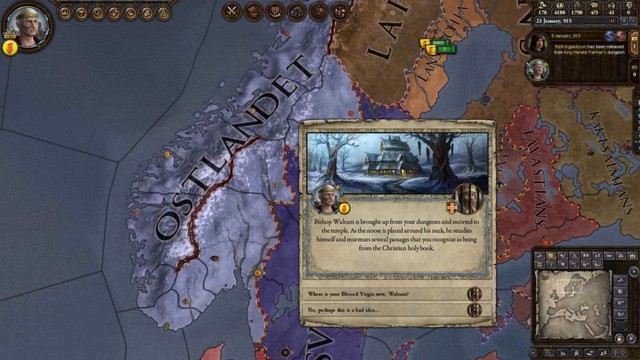 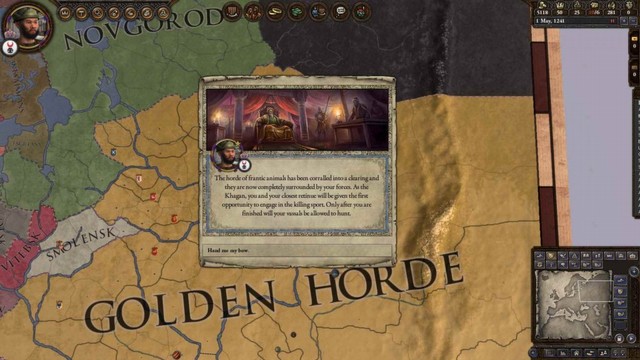 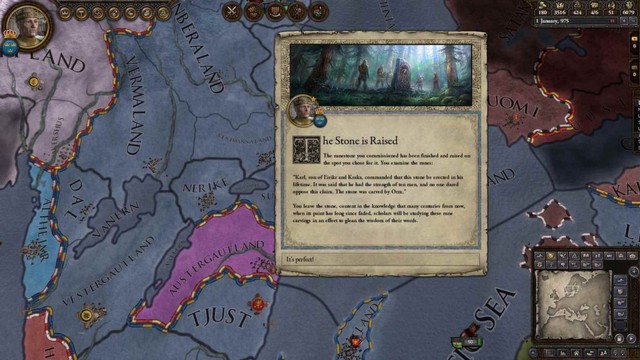 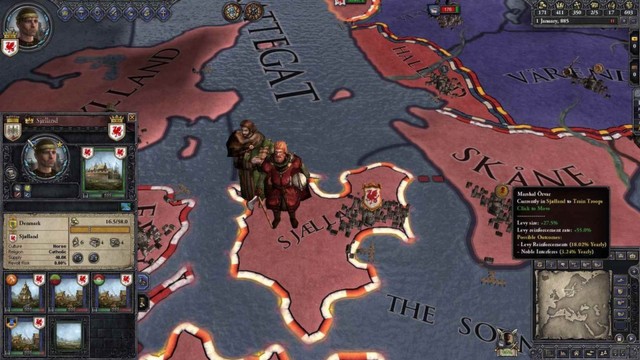 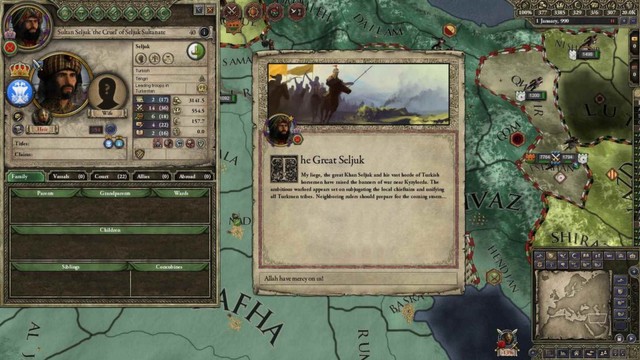