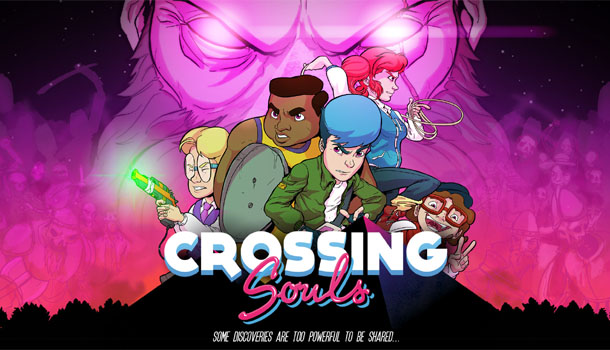 Fans of pixel-art adventures and 80’s nostalgia will find plenty to enjoy in Crossing Souls.

I have an estranged relationship with pixel art games. Despite growing up with them back in the late 80’s when they were the best (and only) graphical alternative available, now that I’m rocking a serious gaming PC I’m always in search of the best visuals a game can offer. But the game still has to be fun and good, and every once in a while some little gem comes along that gets my nostalgia firing on all cylinders.   One year and two days ago I posted a review for Thimbleweed Park; one of the best pixel art games of 2017 and actually the last I had played until now.

For the past few weeks I have been playing this little gem called Crossing Souls; a very unique action-adventure preying on the fans of old classics like The Goonies, or new classics like Stranger Things. The story revolves around a group of five playable friends, Chris, Charlies, Kevin, Matt, and Big Joe, each with their own stereotypical personality as well as specific skills and combat styles that collectively fuel a dynamic group of kid-heroes. Set in 1986 California, the game packs in a heavy dose of nostalgia for anyone who was alive at that time with loads of visual and topical references to the era. 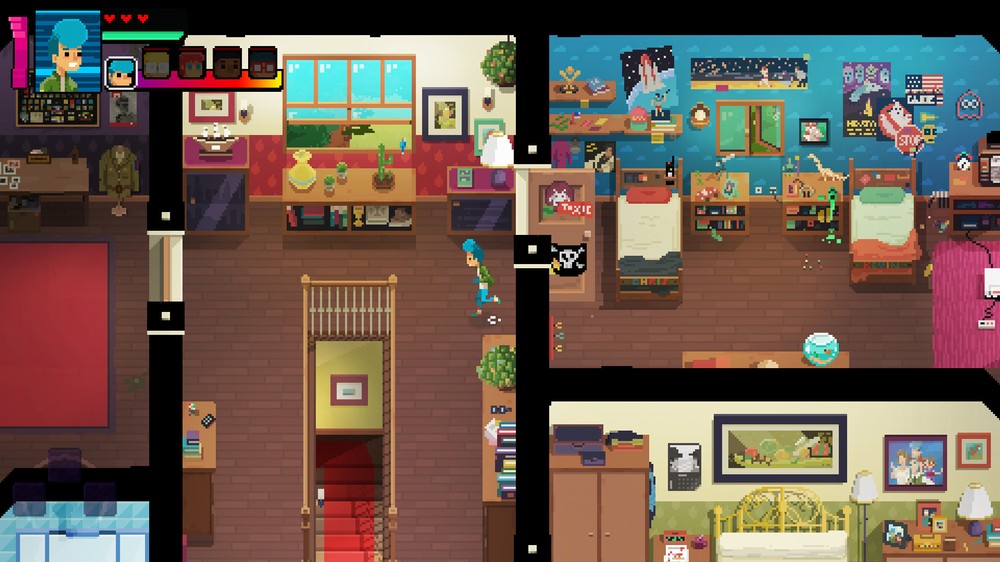 Gameplay is your retro-classic top-down, slightly-isometric view to give you that quasi-3D flavor. You start off playing a single character and as you add new friends to the group you can cycle amongst them, choosing to play as any available character who is best suited to the task, puzzle, or combat at hand. You wander and explore massive levels depicted one screen at a time in search of collectibles and clues to unravel the supernatural mystery unfolding the day after a mysterious lightning storm.

The nostalgia is strong with Crossing Souls, both in the gameplay that features several retro-style arcade gaming levels as well as the quality cartoon cutscenes that look like they were ripped straight from 80’s Saturday morning TV.  Toss in pirates, cowboys, and an X-Files worthy government conspiracy and you have all the makings of an amazing adventure presented in a stylish pixel-art design. Even the music fits with the theme with a score that was heavily influenced by John Williams mixed in with some 80’s pop. 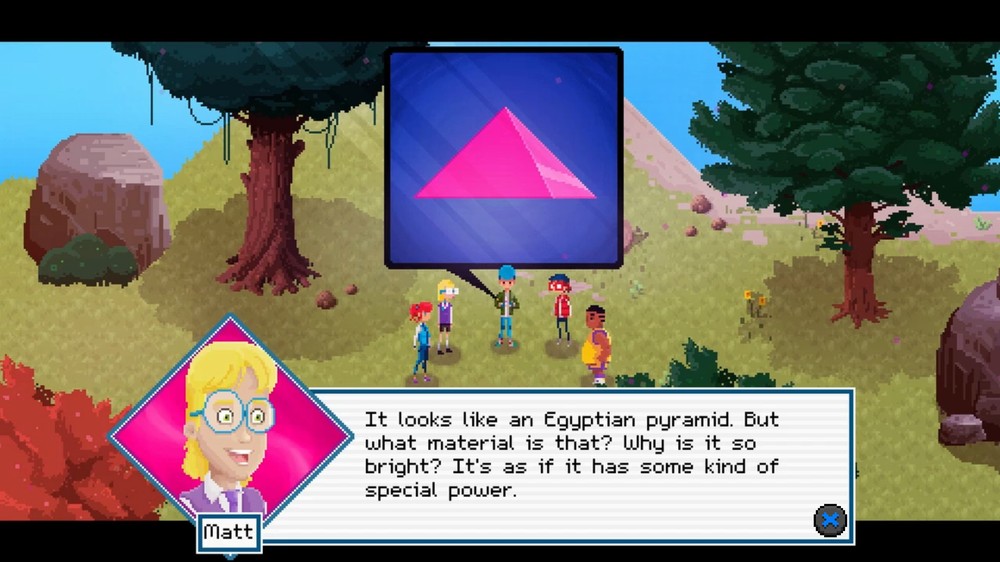 Crossing Souls is heavy on story and dialogue and in keeping with the 80’s style and lack of speech in games you’ll get to read it all along with charming portrait images of the character doing the talking. The 80’s cartoon cutscenes are a refreshing break from gameplay, but their frequency decreases halfway into the game. There is some wavering in the game’s pacing with a lull in the middle before things get slightly more interesting and a lot more hurried in the final hours. Thorough explorers should find all the secrets on their first pass, so there is no reason to revisit this 8-10 hour game unless you are going for all the achievements.

I loved the mixing of genres, from real-time combat to platforming to standard adventuring and item collecting. Crossing Souls does some of these better than others, but the genre mash-up switches so rapidly you never have time to get bored or frustrated. The 80’s pop culture references were perfect for this 50-something gamer but could easily go over the head of anyone who didn’t see Back to the Future in theaters. Crossing Souls could easily be the pixel-art version of The Oasis from Ready Player One.

Despite my general avoidance of pixel-art games, Crossing Souls is proof that content and quality supersede art style, and you don’t have to have photo-realistic graphics to immerse yourself in an authentically recreated 1986 timeline. There is definitely enough fun and challenging content here to justify a $15 purchase, or you can wait for a sale if you want a bargain trip down memory lane. Either way, fans of pixel-art adventures and 80’s nostalgia will find plenty to enjoy in Crossing Souls. 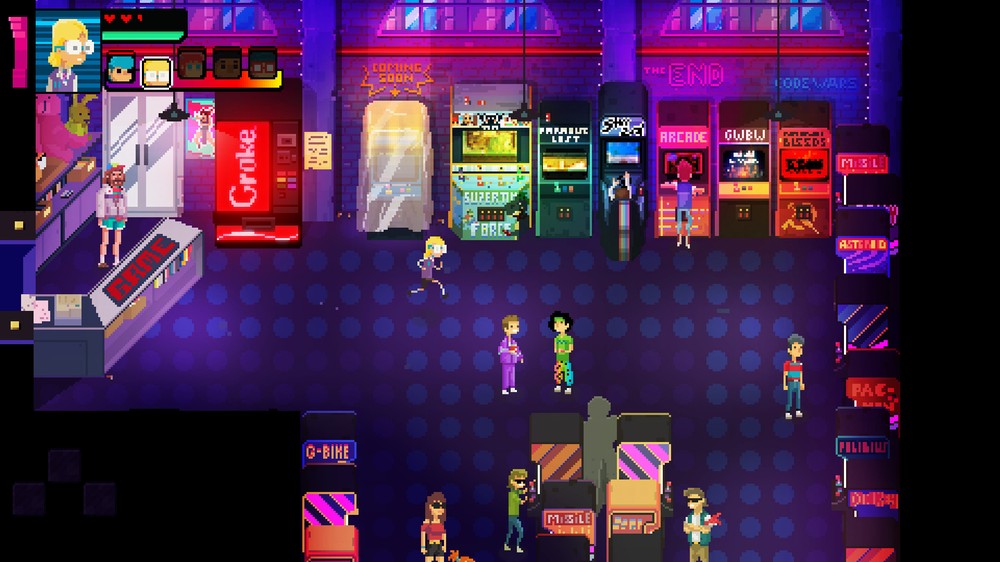 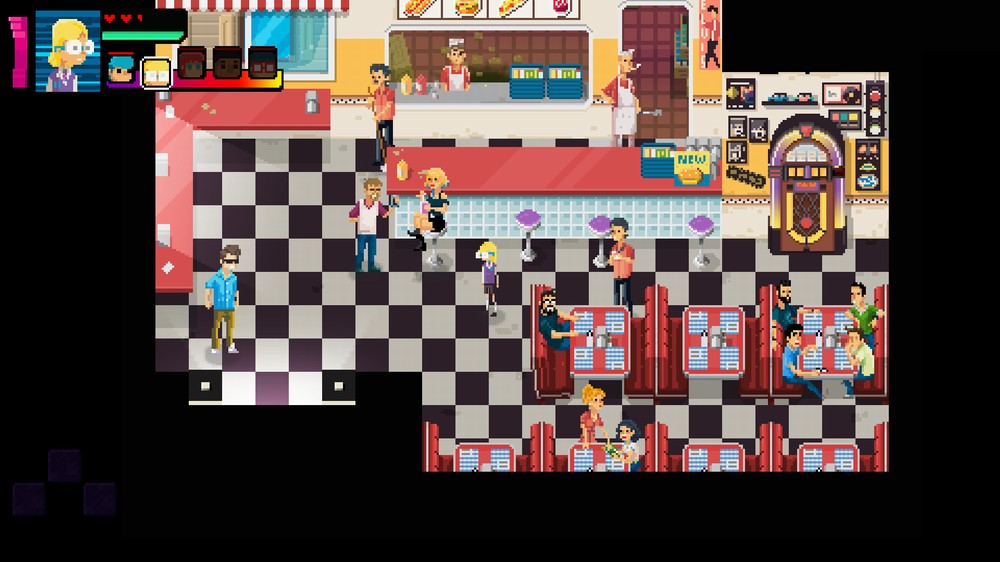 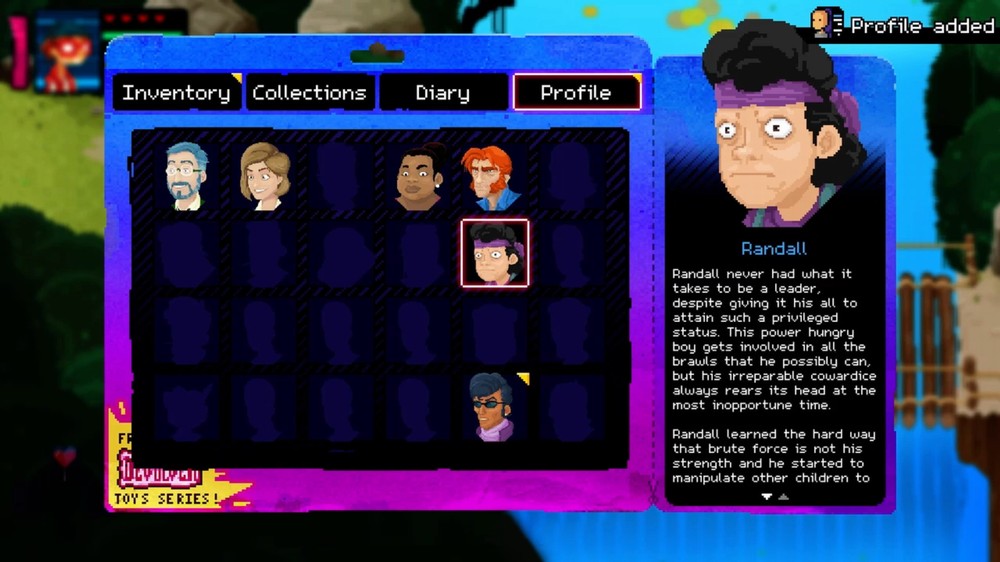 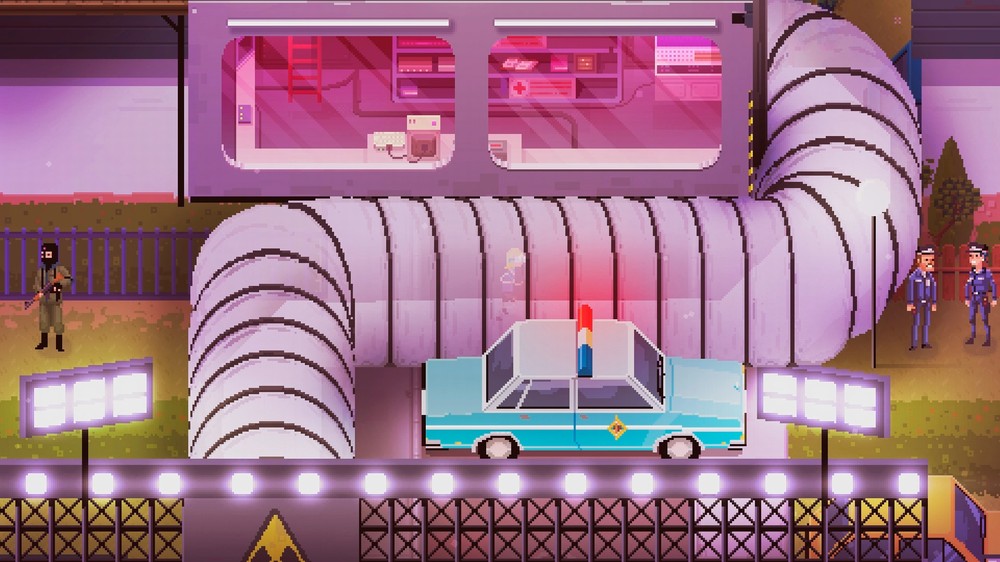