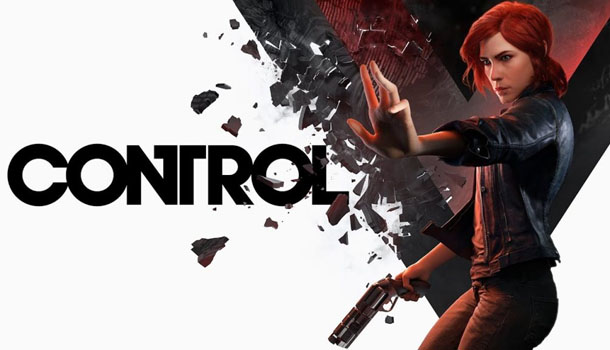 This might just be Remedy's most twisted brain-bending release to date.

Finnish game developer, Remedy Entertainment has a long history of bending time, space, and minds with their twenty-plus years of releases, including the seminal Max Payne series of the early 2000’s, 2010’s episodic psychological thriller Alan Wake, and 2016’s Xbox One exclusive time-traveler Quantum Break.  However, Remedy’s newest multi-console release, Control, might just be their most twisted brain-bending release to date.

Control tells the story of Jesse Faden, a young woman who arrives at the offices building housing the Federal Bureau of Control (FBC), in an attempt to find the brother who was taken by the bureau some 17 years prior following a strange “paranatural” Altered World Event (AWE) event that her brother seemingly triggered that eradicated the entire adult population in their hometown of Ordinary, Wisconsin.  Jesse is guided by a voice in her head that she refers to as Polaris, who directs her to the office of the Bureau Director, who has just offed himself with a very strange service handgun – a gun which seems to have a life of its own. 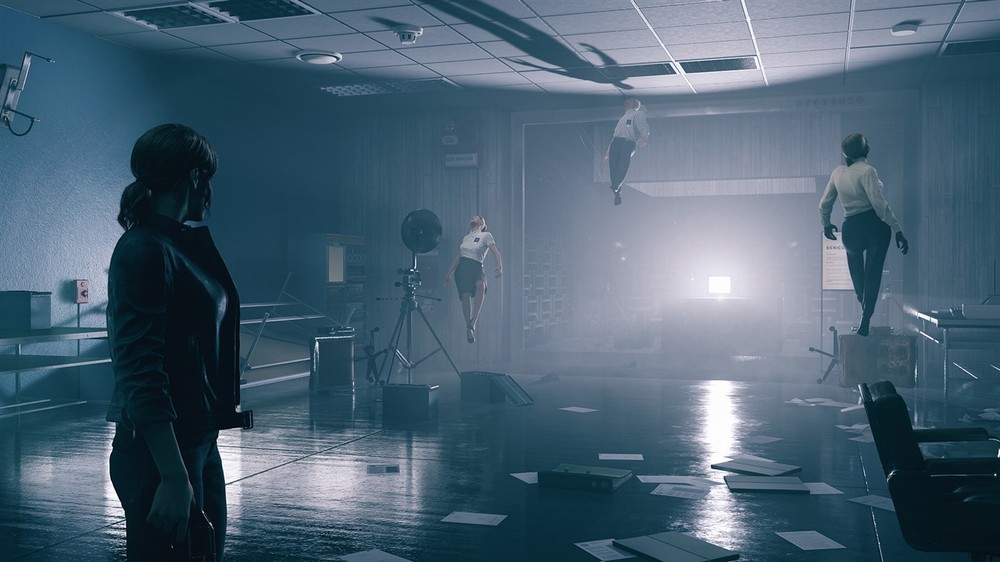 Jesse picks up the service weapon, and instantly finds herself transported to an MC Escher-esque astral plane where she undergoes a series of physical trials, which upon passing garners her the dubious title of Bureau’s new Director.  Jesse learns that much like the service weapon; scattered the Bureau’s building are a number of “Objects of Power” which will result in her gaining otherworldly powers, if she passes each’s astral plane trials.

At this point, Jesse has no clue what is going on in the Bureau’s building which is all-but empty save for an incredibly creepy janitor who seems to know more about Jesse’s visit than she does, a handful of random guards who seem to be controlled by some otherworldly force, and a cast of former employees hovering above in a state of seeming suspended animation.

Jesse learns that once she clears certain areas of enemies, she can take possession of the area’s “Control Point”, which results in a physical restoration of the room back to its original lighting and design, from the dark and twisted appearance she originally entered into. 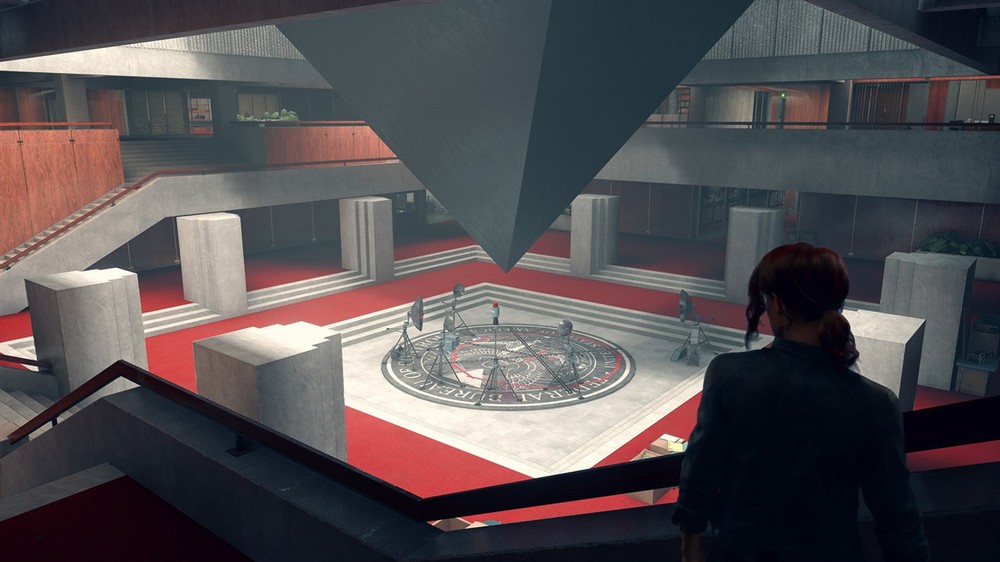 Polaris directs Jesse to a safe area where she finds a small group of surviving Bureau members, who have apparently missed being possessed by the paranatural force that has corrupted the others – what Jesse calls “The Hiss” after the sound it makes in her head.  The Bureau members, recognizing that Jesse is their new Director, explain that they apparently survived by only wearing devices called Hedron Resonance Amplifiers (HRAs).  Jesse – still very confused as to why she has been chosen Director – sets off upon a series of missions to eradicate the building of the invading force, and get to the bottom of the mystery surrounding her brother’s fate.

What I have described is the start of what is arguably one of the most bizarre and confusing, yet well-presented storylines in the current generation of gaming. I can’t count how many times I had to pause the game and menu surf through the various screens of background information to try to make heads or tails of the current mission purpose and objectives.  I kept having this nagging feeling that I had missed some important clue, or got lost in the acronym-laded (FBCs, AWEs, HRAs, etc.) cutscenes.  But doing some internet research quickly cleared this up – Remedy intentionally omitted information and mission details in an effort to emphasize this feeling on confusion and discomfort that the character would really be feeling, and to promote exploration and use of visual cues.  Brilliant!  Frustrating at times, but brilliant. 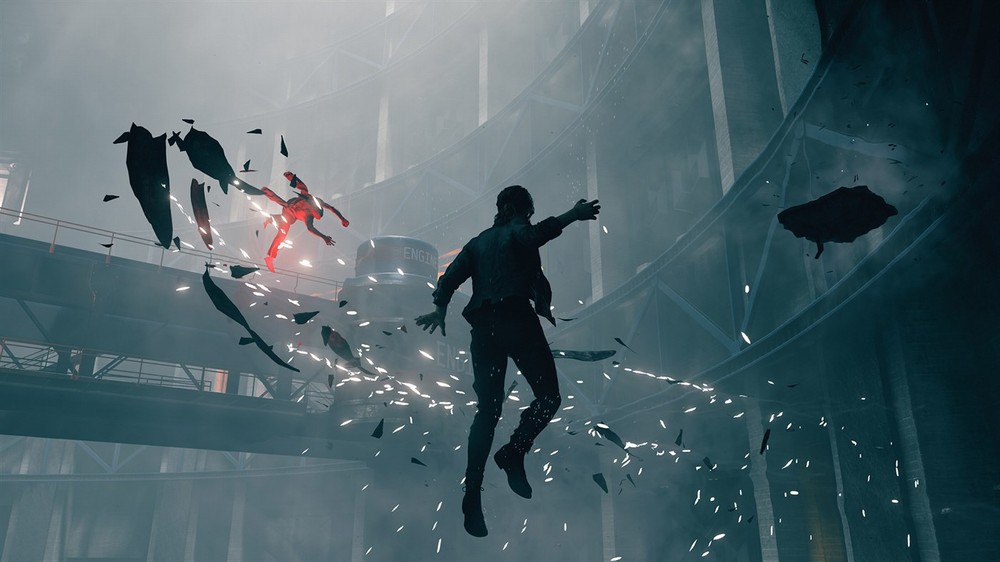 Mechanically, the game feels very familiar to Remedy’s previous franchises.  Sporting a third person perspective, gamers get a wide view of the action – which is good, because enemies materialize from all directions.  In an obvious nod to the early days of gaming; Jesse’s health does not magically restore itself by simply hiding, as has become the custom in modern gaming.  Jesse must can only regenerate health by collecting health fragments left by fallen enemies.  This adds an interesting bit of resource management to the more difficult boss battles, as there are times where the gamer will need to draw minions into safe areas in order to kill them and collect their health, to be ready for another round at the boss.

As Jesse comes in contact with the various Objects of Power throughout the game, she is given increasingly more powerful and destructive “paranatural” telekinetic skills, like mentally grabbing objects from the environment and hurling them at enemies, or even hurling the enemies themselves.  Mastering the use of these skills is very rewarding, and really gives Jesse a sense of badassery that makes you want to eliminate enemies in the most creative way possible. 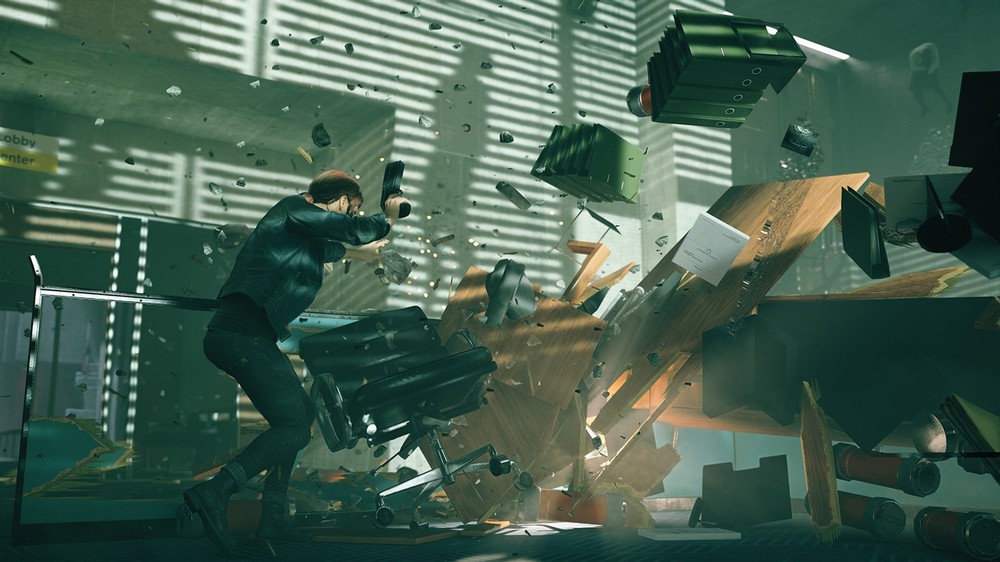 With all this going for it, it is a shame that Control’s engine seems to sputter to a stop with even the slightest bit of onscreen action.  Sometimes this simply manifests itself in a noticeable loss of resolution, with the visuals pixelating into a blurry, blocky mess.  But many times this resolution drop is accompanied by a frame rate drop so severe that the visuals actually seems to be lagging the gameplay, resulting in unfair deaths. This seems to be worse for the consoles, with the standard PS4 being hit particularly hard.  It doesn’t make the game completely unplayable, but it is very disappointing and seems to get worse as the game progresses.  Remedy has vowed to release an update to fix this, but at the time of this writing it has yet to be released.

I thoroughly enjoyed my time with Control, and I look forward to Remedy’s update to help with the dodgy framerate issues.  This truly is a 5-star game currently marred by 3-star performance.