Too much repetitive gameplay and puzzle design might could turn off gamers before they reach the end.

If you ever wondered what a game like Quantum Conundrum would be like as a 2D sidescroller then look no further than Constant C, the last indie platformer for PC that breaks all the rules of time, space, and physics to create an entertaining gameplay experience that will delight as well as challenge fans of action and puzzle games.

Constant C has you playing as Rescue Robot, as you infiltrate a space station trapped in time…literally.  With the exception of a small area of effect field surrounding our robot repairman, everything is suspended in time until you move close enough to an object so that it enters your time bubble and time is temporarily restored.  So if a box was in the process of falling you might see it hovering in midair until you move closer at which point it will resume its fall.   Just as you begin to grasp this concept you are introduced to the space station’s AI who upgrades our robot with the power to alter gravity, thus being able to flip the levels in 90-degree increments.  This, combined with your “time bubble” create some surprisingly original and challenging momentum-based puzzles spread across the game’s 100+ levels. 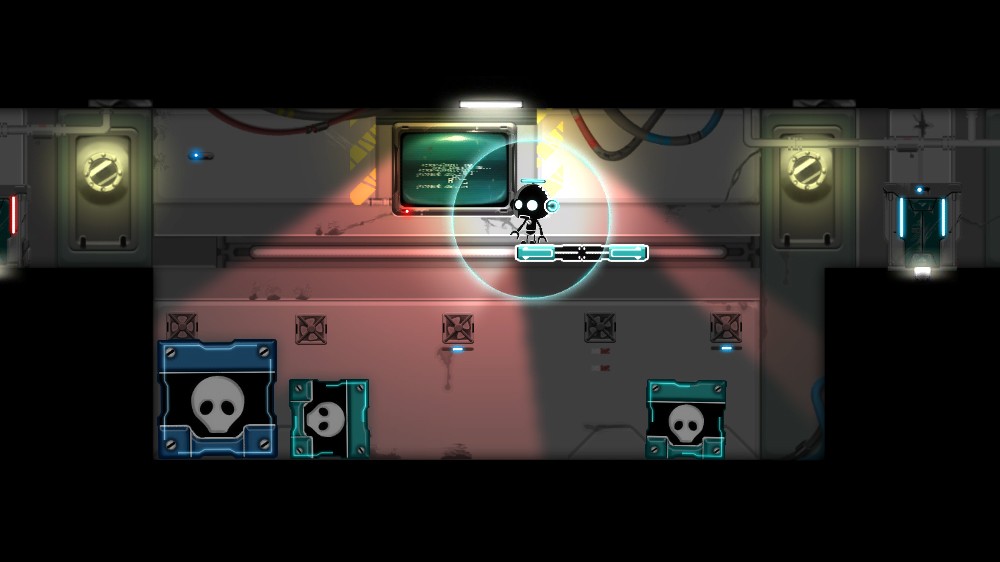 Controlling time and gravity might seem overpowering, but there are checks in place to keep the puzzles balanced.  Shifting gravity comes with a cool-down timer so you can’t spam the mechanic.  The time bubble is constantly on, even in times where it would be beneficial to have time stopped, so you always have to be aware of your surroundings within the time bubble radius.  And finally, Rescue Robot is extremely fragile.   He can easily explode if he gets crushed by a falling object or falls too great a distance.  You always have to be aware of where you are going to end up before flipping gravity.

While 100 rooms/puzzles might sound impressive there really aren’t enough original puzzle designs to fill the space station, so you end up with a lot of repeating concepts.  It can be quite satisfying to figure out a certain type of puzzle the first time and perfect that solution a second time, but most puzzles repeat three or four times.  Additionally, there is a strong ramp in difficulty near the end that will tax all but the most patient of gamers. 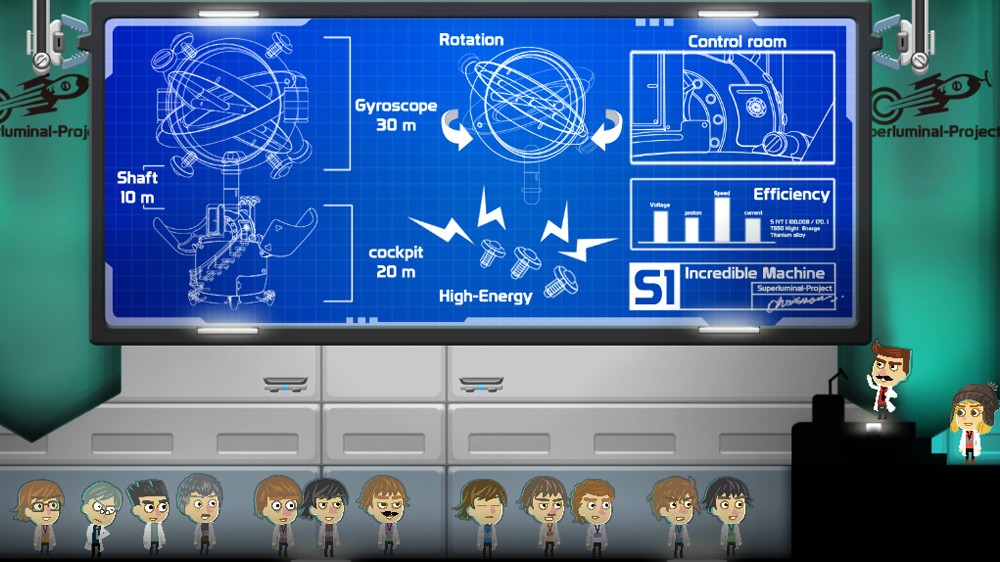 It also helps if you have perfected all the solutions to the core puzzle types.  In most of the rooms there are two puzzles; one to reach an optional collectible or bonus item, and the other that merely gets you to the exit so you can advance to the next room.  Almost always, the puzzle to get the bonus item is going to be more difficult than simply getting through the room and some might be tempted to give up or skip after numerous failed attempts, but it is these more challenging puzzles that provide the foundation you’ll need for the puzzles at the end of the game.  It is also these secondary goals that provide most of the thin story, as told through recorded logs from the prior inhabitants of the space station.

Constant C looks impressive enough, falling into that genre of just about every other 2D indie-platformer being released these days on both PC and mobile devices.   This definitely looks like something you would play on your iPad and would probably work even better being able to turn your tablet to shift gravity.  There is a unique and charming art style to the design with cute characters and reasonably detailed backgrounds with good lighting and shadows.  The color pallet is a bit bland, but what do you expect from a space station trapped in time?  I really enjoyed the soundtrack that never got annoying despite many consecutive hours I spent playing.

Constant C is a good game; perhaps a bit artificially extended as there is about three times the length versus the content to support it, and the difficulty spike at the end can be a bit jolting.   Still, the game is only $10 and you will easily get that much fun out of it even if you stop when you get bored, but I’m guessing that once you get hooked by these clever puzzles you’ll play until the end.   Unlike Rescue Robot, time does seem to stand still when you play Constant C. 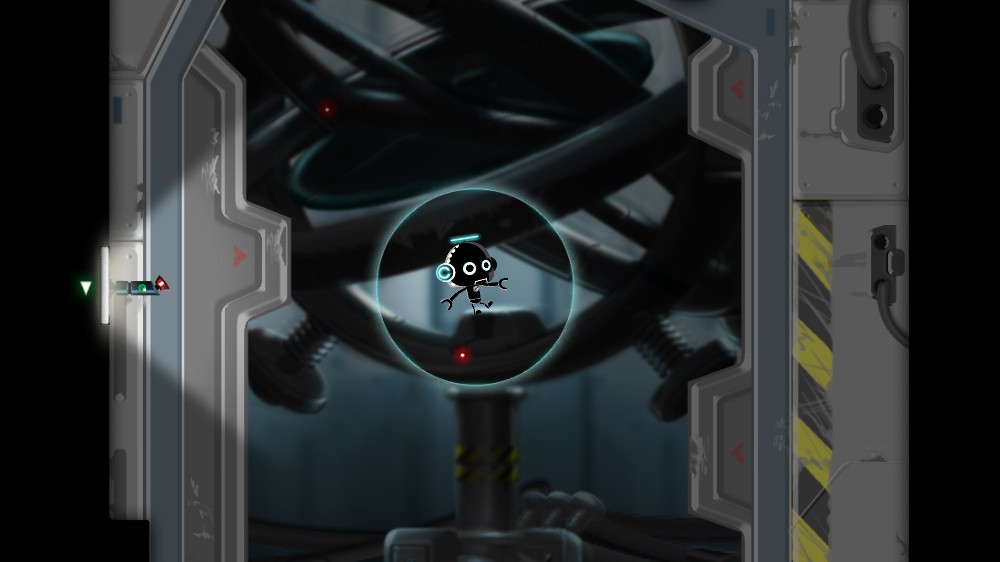 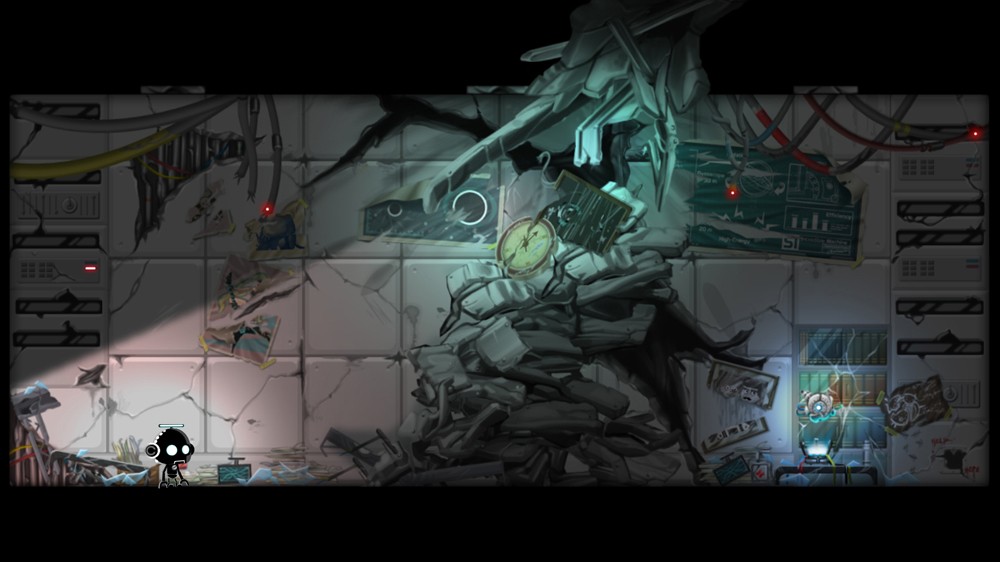 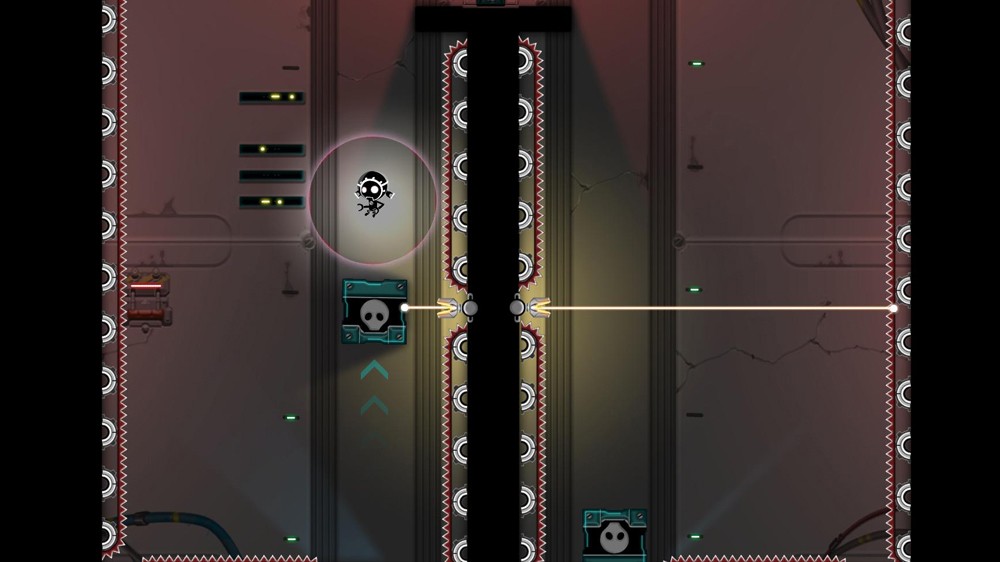 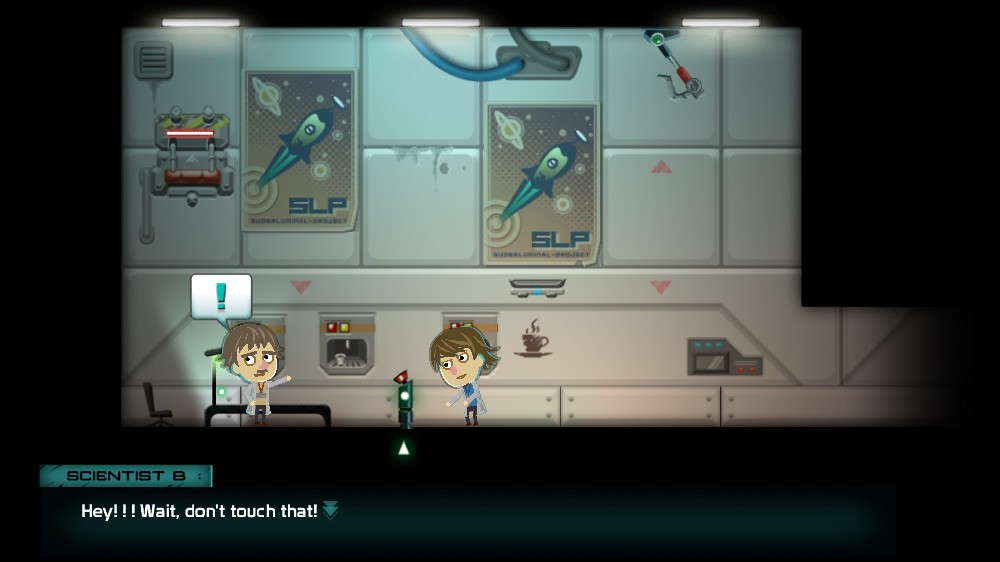 1
1068
The Walking Dead: Saints & Sinners Review – Oculus Quest
2
889
Join the Galaxy’s Finest as Star Wars™: Squadrons Soars Into Homes Today
3
889
The Falconeer First-Look Preview – PC
4
889
Metamorphosis is 33% Off on Steam!
5
889
Werewolf: The Apocalypse – Heart of the Forest launches on October the 13th
6
889
Synth Riders Celebrates Anniversary with a Month Full of Treats and an Oculus Ques...
7
889
Worm Jazz Review – PC
8
889
Take to the Skies and Choose a Side in the New Trailer for Next Generation Air Com...
9
889
CRASH BANDICOOT 4: IT’S ABOUT TIME IS AVAILABLE NOW
10
888
Frictional Games Shows Off First Gameplay Footage of Amnesia: Rebirth
All Original Content on Game Chronicles is Copyright (c) 2002-2020
Sinjin Solves Walkthroughs Copyright (c) 1996-2020 by Mark Smith