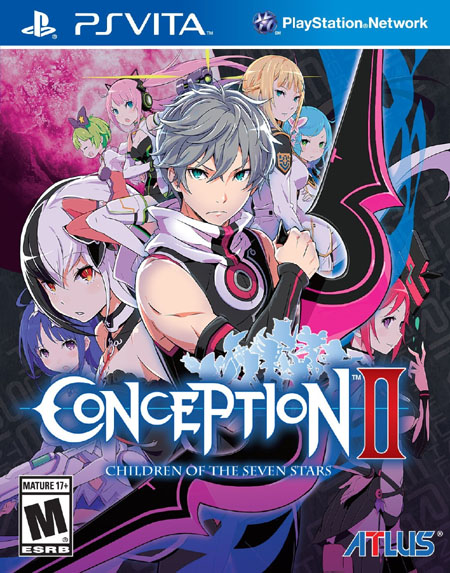 Some interesting tactics and battle systems, titillating gameplay if you are 13 years old, sexing up your best friend's sister

Imagine if you will a version of Harry Potter where Harry arrives at Hogwarts and the Sorting Hat proclaims him “god’s gift” to sorcery…and women.  In order to do battle with the Voldemort and his minions Harry is going to have to seek out and have sex with all of the most powerful girls in the school to breed an army of super sorcerers to take into battle.  The more powerful the girls and the better relationship he has with them prior to the “classmating” ritual, the stronger the children and the better chance they have to defeat the evil powers that threaten their existence.   No…this isn’t on late-night Cinemax; this is an interactive RPG / dating sim that you get to play.  Thankfully, the digital sex is mostly kept off-screen, or at least bathed in mystical colors and special effects, but considering most of these girls seemed to be 15-16 years old I couldn’t help but feeling like an old perv – much like the school’s white-haired headmaster who makes numerous inappropriate comments about wishing how he could be sexing up the female student body.

For the first 60-90 minutes you are pretty much on tutorial auto-pilot as you are introduced to characters and game concepts at an alarming rate.  During that time you will do little more than hit X to advance conversations; some spoken and some text-only and select the various dialogue options. By the time the game does release you into its futuristic and mystical sex-charged world you will likely have forgotten most of what you were taught. 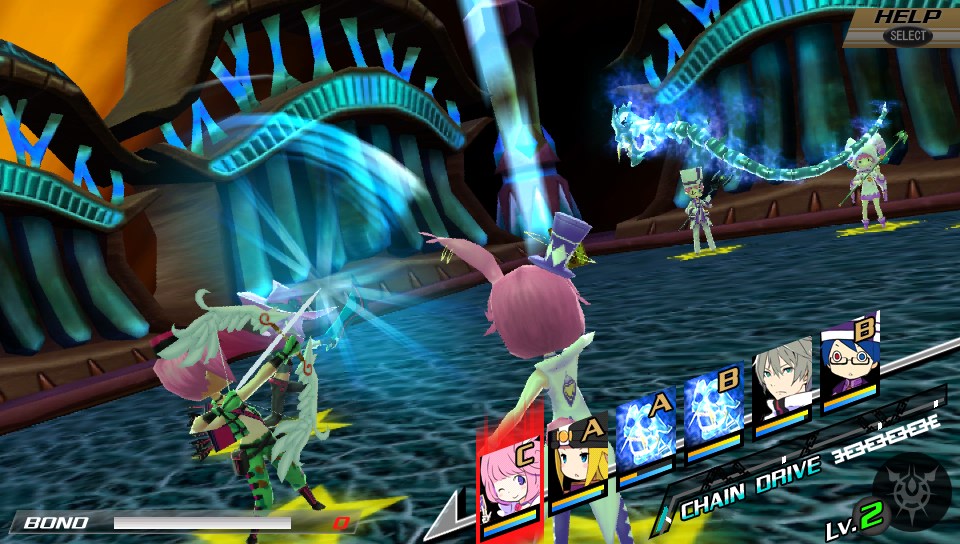 Conception II starts off rather uncomfortable, like when you classmate with Fuuko during the tutorial who is very timid and almost unwilling, making the whole sequence come off as a virgin-violation ritual rape that instantly spawns triplets.  From that moment on nearly every girl in school wants to bear your children including one of your teachers, which also happens to be the sister of your best friend sparking this choice bit of dialogue, “I’m glad I have your blessing to make Children with your sister.”  The whole “classmating” thing gets less creepy once the girls start stalking you like a rock star, and then it’s all about building up the best relationship possible before doing the deed.  Sadly, the gift exchange in DOA Volleyball was more substantial than the superficial quests and interactions you’ll be tasked with in Conception II; almost all of which deal with boobs…too big…too small…yawn.

When you aren’t dating or classmating you can take part in some traditional and somewhat stale dungeon crawling.  The dungeons are randomly generated and not much to look at.  The only saving grace is the battle system that rewards your tactical prowess and your decision making on which baby-momma and which kids to bring into battle.  There is a lot going on beneath the covers of this battle system – perhaps even more than is going on between the sheets back at the sex temple, at least until you are tasked with creating offspring with two women at once.   Apparently you ARE “god’s gift”.  Sadly, none of the combat is terribly challenging and even the mid and end-level bosses are easily defeated if you have put any thought into assembling a balanced party.

Conception II is surprisingly long, and while I lost interest about 20 hours in I’ve heard the game can take upwards of 40-50 hours to complete.  Sadly, most of that will be spent in repetitive dungeon battles.  The game does an admirable job of tossing in a variety of activities between fighting and fornication.  You’ll get to raise all those kids, which means daycare or better yet, putting them to work in shops.  And with seven eager and fertile women waiting in the wings you’ll have more than enough kids to pitch your own reality series halfway into the game. 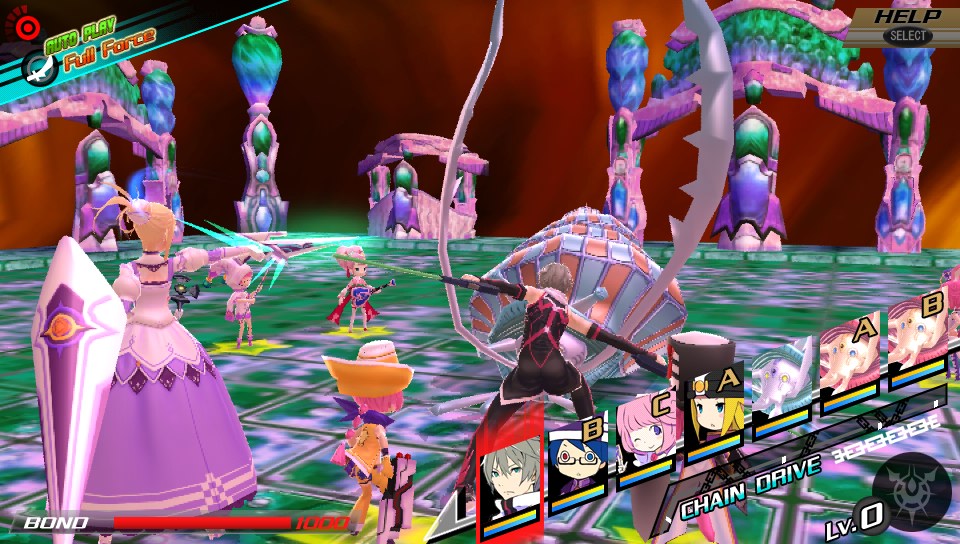 If you think it’s tough to maintain a solid relationship with a single partner in real life just try maintaining seven in a video game.  Then again, the game is forgiving in this area and you are free to spend as much time as necessary with each girl until her mood hits that perfect mark for optimum offspring.  If you say the wrong thing, either by accident or on purpose, you can smooth things over with a gift – wow; this is just like real life.  In an awkward attempt to perhaps appease a larger demographic, there are a few instances of classmating between two male characters, but these lack the titillating cutscenes of the male-female interactions and male partners even express what can only be described as homophobic regret or embarrassment.  Ironically, you are almost forced into repeated classmating sessions if for no other reason than to grind (pun intended) for better offspring.

The presentation is quite good with colorful graphics, attractive characters, easy-to-read text, and a functional HUD and interface for dungeon crawling and battle.  Sadly, the dungeon graphics are bland and repetitive, especially in contrast to the gorgeous visuals in nearly every other part of the game.  Music and sound effects are also quite good and there is plenty of quality voice work that miraculously survived the localization process.

The best thing I can say about Conception II: Children of the Seven Stars is that it is a novelty and a rare insight into the mindset of Japanese fantasy culture.  Putting aside the pedophile nuances of the subject matter and some of the more boring and annoying conversations with virtual women and repetitive dungeon crawling, there are several unique systems in play here; all deserving of a much better game to present them.  It’s worth a perverted peek if it ever goes on sale. 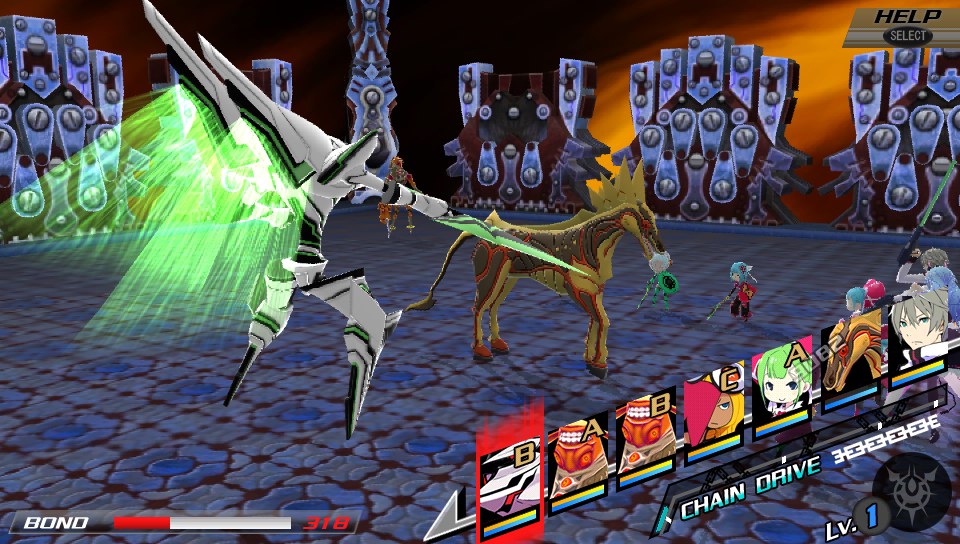 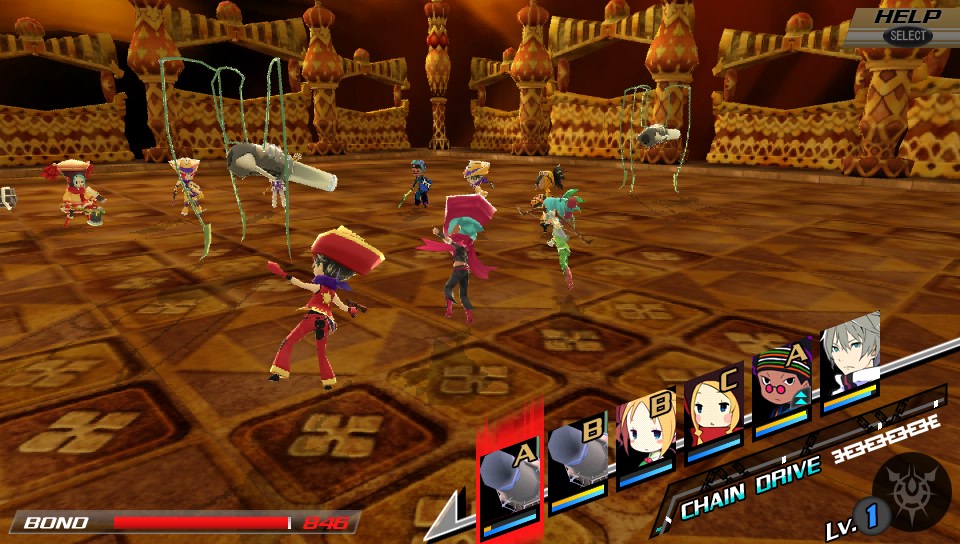 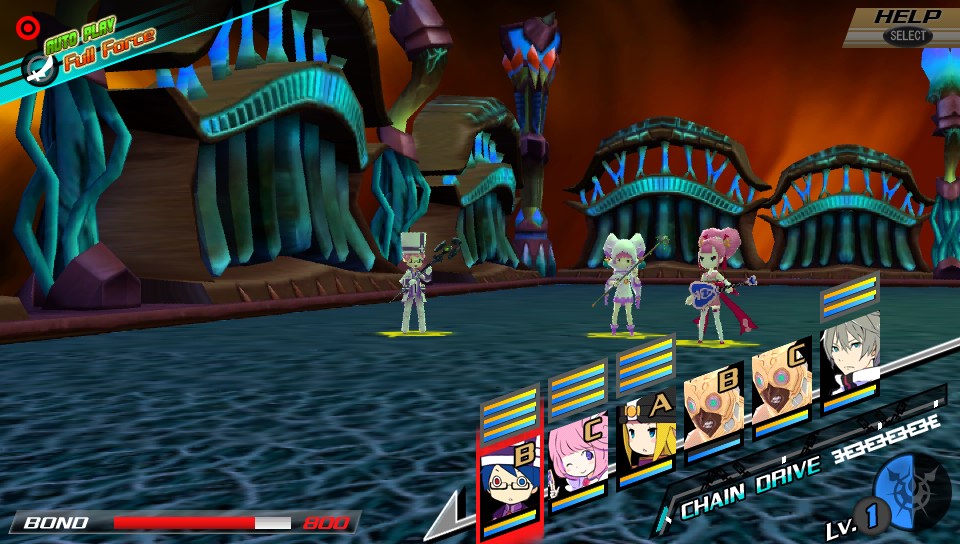 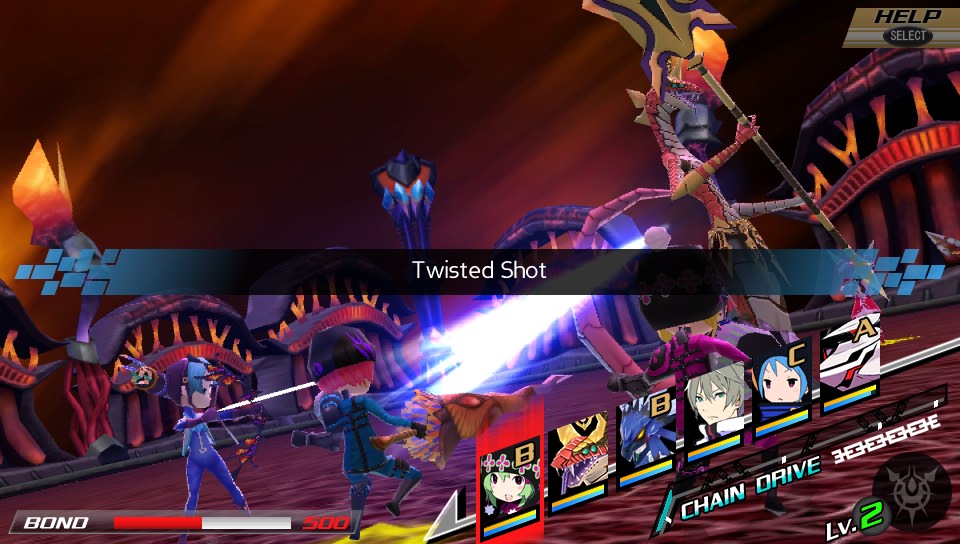 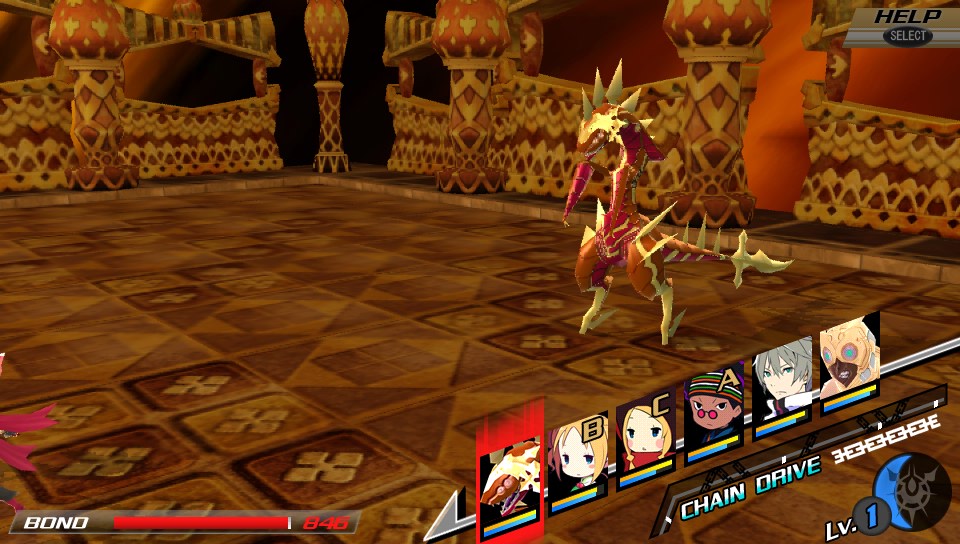 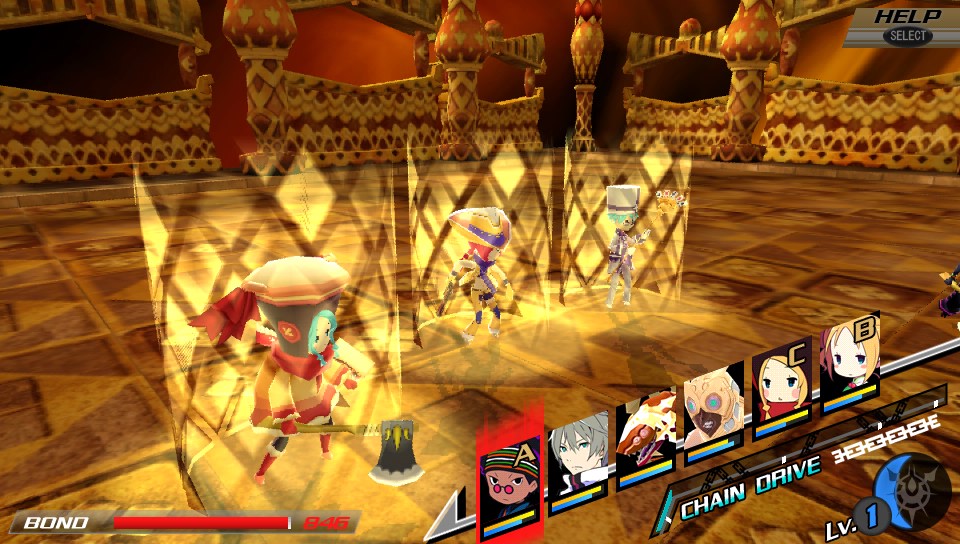 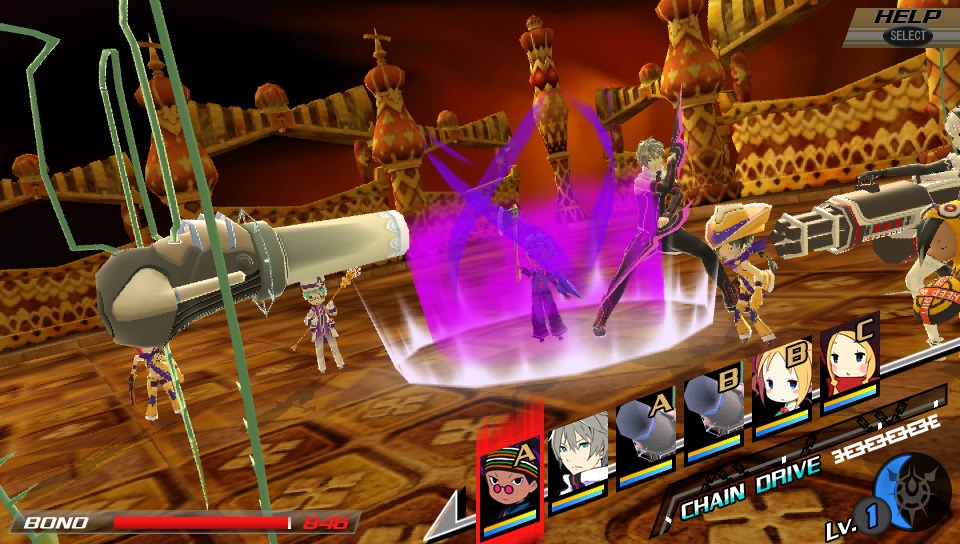