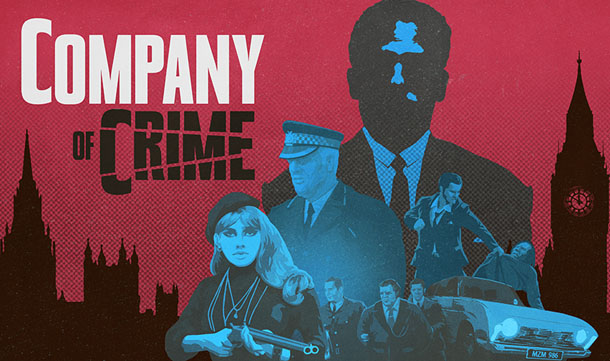 - Combat mechanics can be slightly finicky and non-intuitive at times with some awkward animations.

Company of Crime is a game all about running a criminal organization in the heart of 1960’s London. You will be given the freedom of using all of the tricks of the trade in order to be successful at it. But there will be rival gangs vying for their piece of the pie as well as the police who will be doing everything they can to shut you down.

Part resource management and strategic decision making game, part tactical combat with RPG elements, this game is like X-Com if, instead of repelling an alien invasion, you were building a criminal empire instead. Also, once you complete the criminal campaign, you can go back through and play the game as the police, which brings a whole new dynamic to the game. 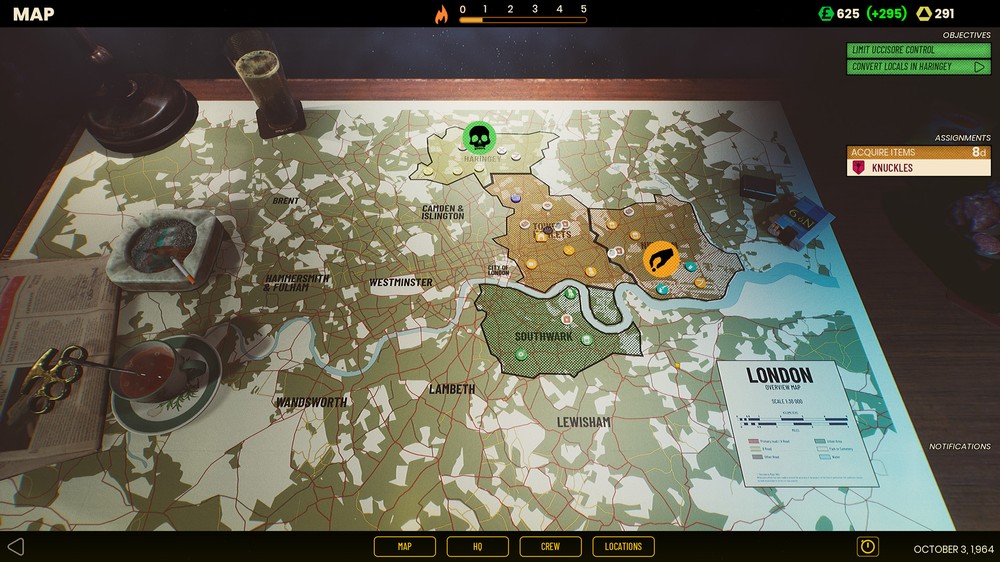 I was surprised at the level of complexity and detail that was involved in the game. You recruit a group of gang members, each falling into a certain class with their own particular skills and abilities. Then, you will examine your map of London and begin to build your reputation and influence. You do this through several means. First, you have to make yourself known to your home neighborhood by showing some strength. You will stake out certain local establishments of your choosing and then send in some of your gang members to rough up the owner and the employees to convince them to pay you “protection” money.

Eventually, your work will be noticed by the other gangs in the area and you’ll need to push back against them in order to prove that you’re not someone to be pushed around and in order to maintain the small hold you’ve acquired on the local businesses.

There is a lot of freedom in how you approach each situation. After staking the locations out, you will have a decent floorplan of the building with likely locations of hostile targets and the various entrances/exits to the building. Usually, there’s a front door and a back door in the alley with there sometimes being additional entrances that you can use how you see fit. Going in, you can try to take your time setting up your gang in strategic locations until you trigger the fight and then all bets are off. At that point, it’s a race against the clock because if civilians or employees in offices have the opportunity, they’ll be calling for the police to come stop you. Then, you have only a few rounds to complete whatever remaining objectives you have and get out without getting arrested. 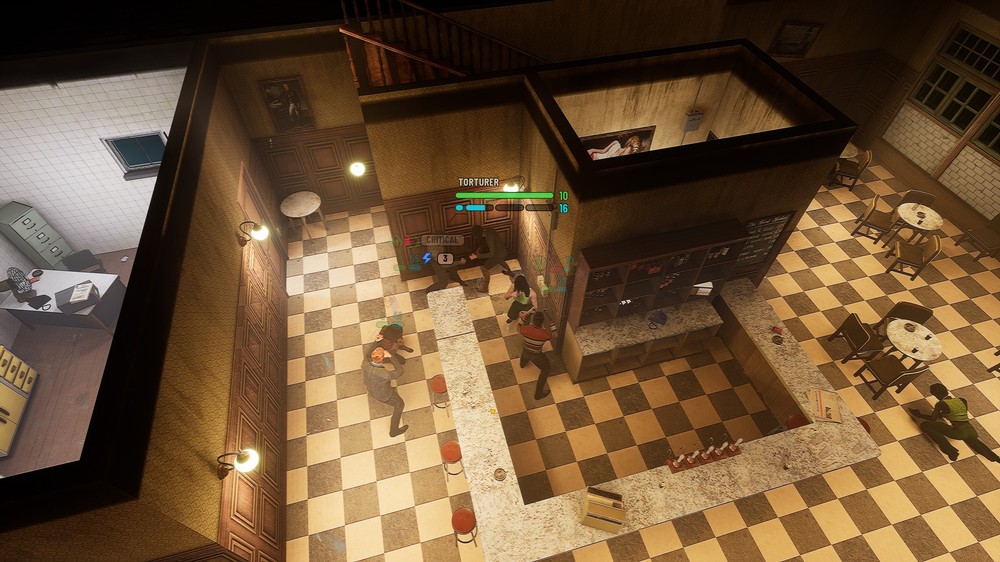 Sometimes, some of your gang will either get arrested or injured or their description will get passed off to the police and they’ll need to lay low for a while. This will force you to have to hire new members to the gang or wait until everyone is back in fighting shape. Each gang member you hire is someone that you have to keep on the payroll though, so you have to be careful that you don’t have too many thugs just waiting around for you to give them something to do.

I was overall very impressed by the details and mechanics to the various stages of the game. The overall strategic gameplay is very in depth with a lot of options and variety to the types of things that you can do in order to maintain control and expand your influence in the city. Then, in the tactical gameplay where you are controlling the individual gang members in their fights, there are a lot of interesting options and many that are specific to the class of gang members that you are using. One example of context-sensitive combat options is that if you’re near a table, you will sometimes be given the option to use a bottle or a chair as a weapon, or to grab your opponent’s head and smash it against the table itself. 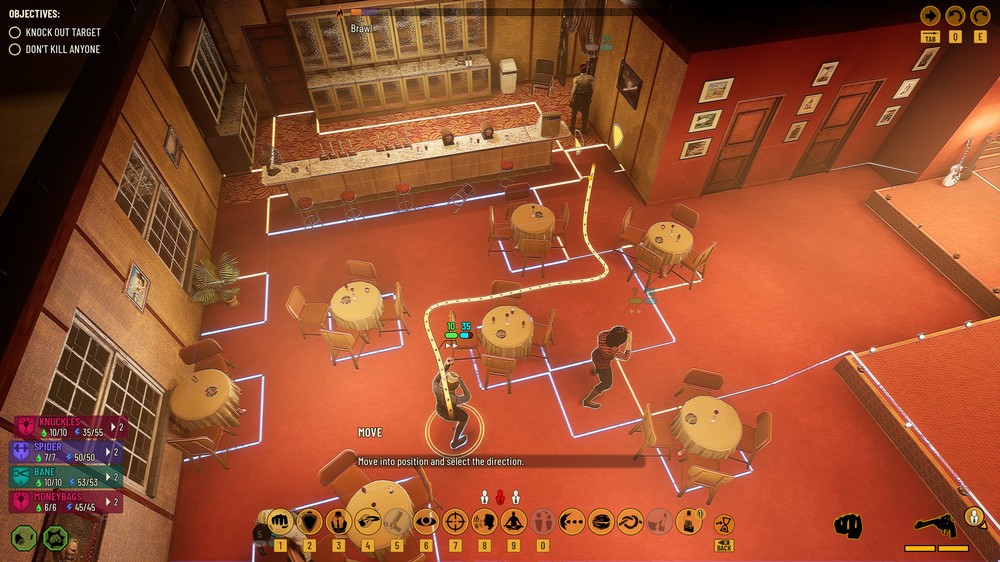 The only thing that seemed a little off to me about the tactical gameplay was that for how detailed and impressive the maps and character models all were, there was something a bit off about the fight animations. Especially some of the hand-to-hand ones are very awkward looking. Also, the way that the game auto-targets different opponents with various skills is sometimes confusing and I’ve often accidentally attacked an enemy that I didn’t intend to because of this. These are mechanical nuances about the game that you can get used to, but they are still annoying and a bit counter-intuitive. Similarly, some of the pathing for the characters is sometimes hard to understand, but I will say that I was thankful that the characters were given the ability to vault counters and other obstacles, unlike in many games of this style where a character will be completely blocked by things that you wouldn’t expect to be impassable obstacles.

The atmosphere of the game is spot on for 1960’s London. The music, the clothing styles, the language, it all screams counterculture and the beginnings of the punk movement.  Overall, this is an original twist on the XCOM-style of strategy that lets you experience both sides of the 60’s London crime scene. 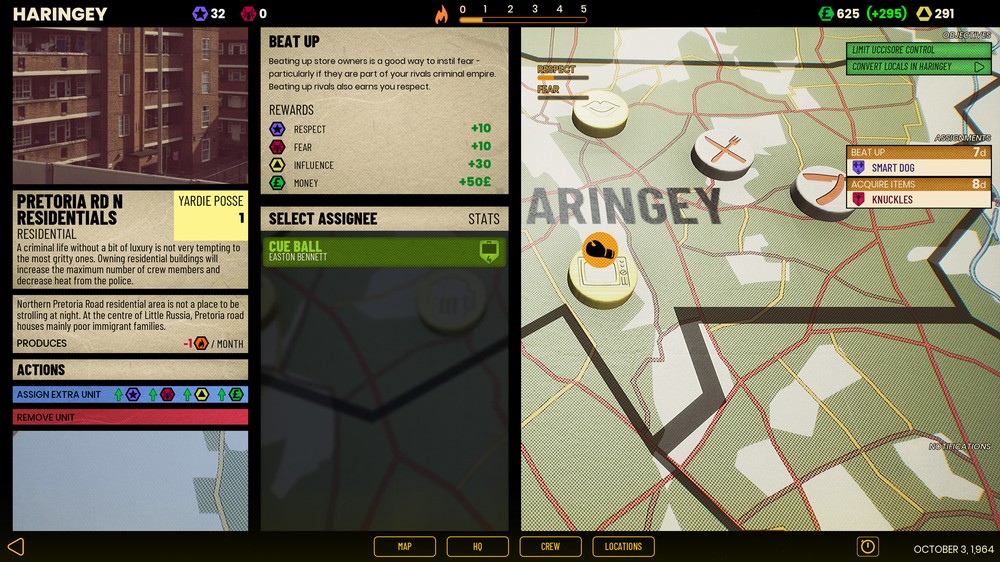 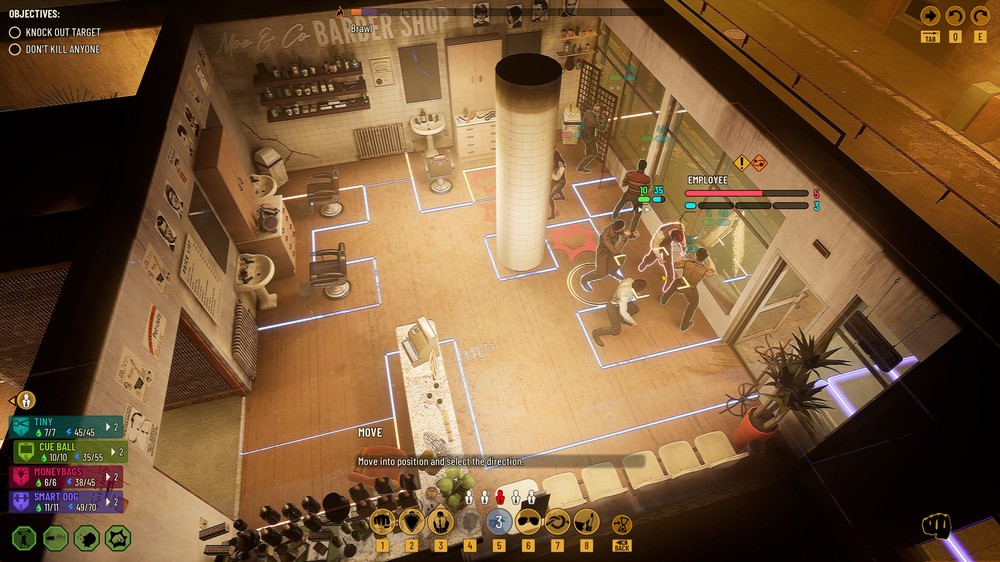 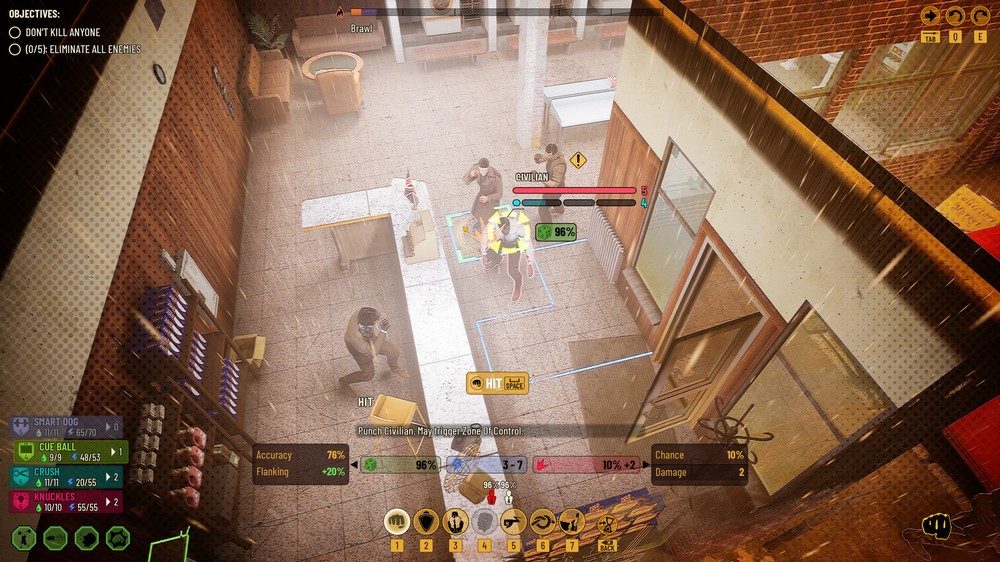 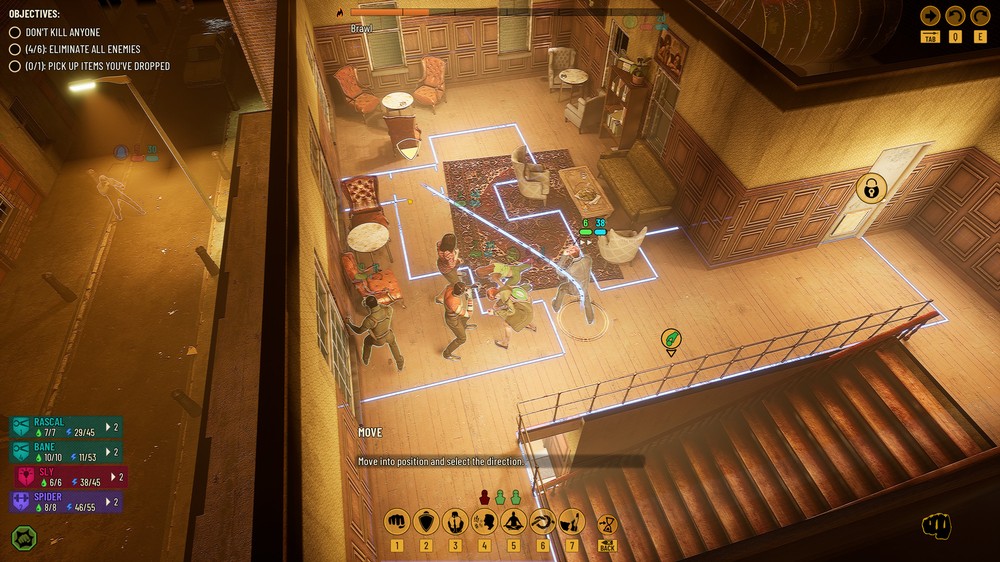