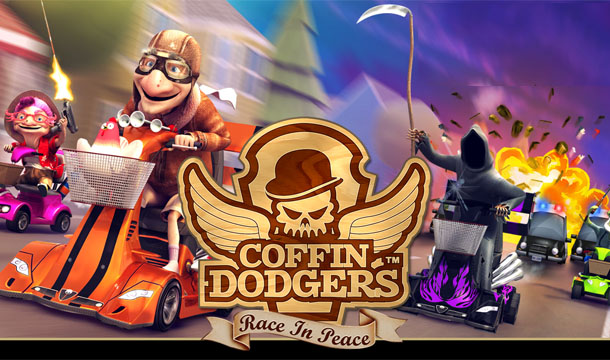 A coffin dodger, for those unfamiliar with the term, is a pretty unflattering slang term for an elderly person who has seemingly overstayed their time on planet earth. In terms of Coffin Dodgers, a racing game British developer Milkytea, this means racing your mobility scooter to stay out of the clutches of the Grim Reaper, all the while condemning your fellow elderly brethren to their eternal doom.

Coffin Dodgers’ main focus is within its story mode, where you pick from one of eight different characters to race around the town of Sunny Pines. There are five chapters to race through, with the end of each seeing one or two of the remaining survivors claimed by the Grim Reaper, to come back as zombie racers. It’s a little like Mario Kart meets the chess game from The Seventh Seal. Unfortunately, that’s pretty much all the story that’s on offer, regardless of which character you choose to race as.

By competing in races, you earn coins that can be used to upgrade your mobility scooter. Upgrades unlock across all characters, and range from an improved engine or handling to being able to carry extra pick-ups or a longer range on your weapon. Starting as a standard cane, you’re able to charge your weapon attack using the B button, and I have to admit it is quite amusing seeing your fellow racers bashing each other around, like a geriatric version of Road Rash. 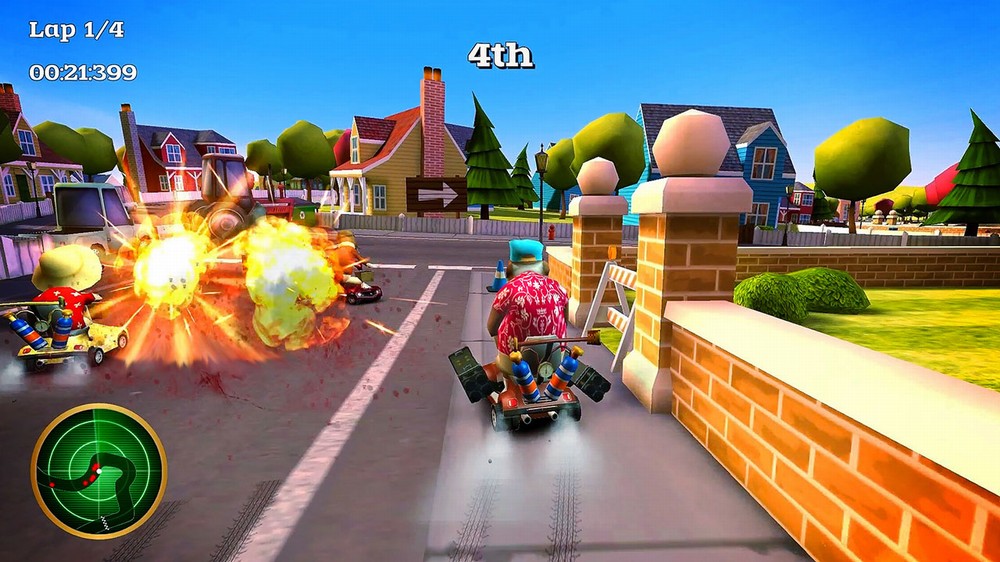 Once you hit the track, you soon realize that there isn’t much strategy required in picking your racer. In Mario Kart, for example, characters like Bowser feel markedly different from racing as Toad or Princess Peach, but in Coffin Dodgers, picking a large man like Wilbur the blues guitarist feels no different from racing as Lucy, an ex-pinup model. While racing, you’re able to pick up various items, ranging from speed boosts to rockets and shields. Should you get hit by one of these mid-race, you might as well say goodbye to your chances of winning, as the animation of your character falling off their scooter and the time it takes for you to begin the race again is quite extensive, and incredibly frustrating.

Outside of Story Mode, Coffin Dodgers includes a throwback to the great Crazy Taxi, here dubbed as Crazy Granddad. Unfortunately, like much of the rest of the experience, Crazy Granddad is pretty barebones, and doesn’t really have much incentive to play it more than once. Story Mode won’t take you much more than a couple of hours to finish, and though you do have the opportunity to continue playing should you wish to fully upgrade your scooter, there’s no real reason to do so other than personal pride. 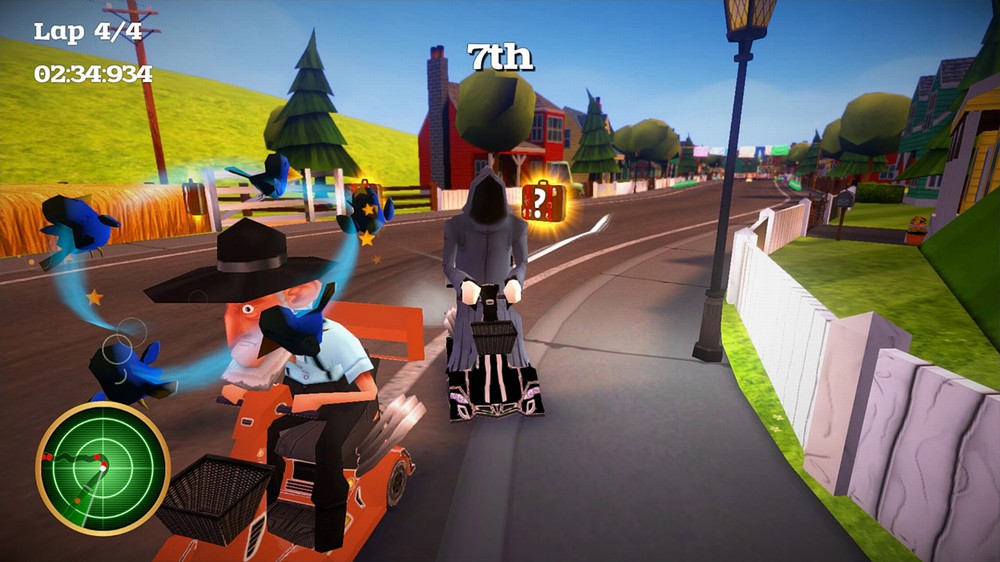 Visually, Coffin Dodgers is similarly basic. Racing through a village, town, farm and graveyard, you soon realize that there isn’t much to keep your eyes occupied, and what is there isn’t particularly attractive. Coffin Dodgers looks like it could pass as a browser game, such are the graphics. Admittedly, they are bright and colorful, and compliment the light-hearted tone of the game, but they’re just not very pleasant to look at.

Coffin Dodgers is almost the kind of title that would pass as a launch title for a new console, in the sense that it doesn’t contain a lot of content, but what is there is enjoyable enough for the short amount of time it will take for you to see everything it has to offer. However, what launch titles usually offer that Coffin Dodgers doesn’t is a graphical upgrade on previous generations, or an opportunity to discover experiences that were previously unavailable. Unfortunately, Coffin Dodgers presents a lackluster experience in terms of both content and presentation, and is therefore difficult to recommend even if you are a fan of the karting genre. 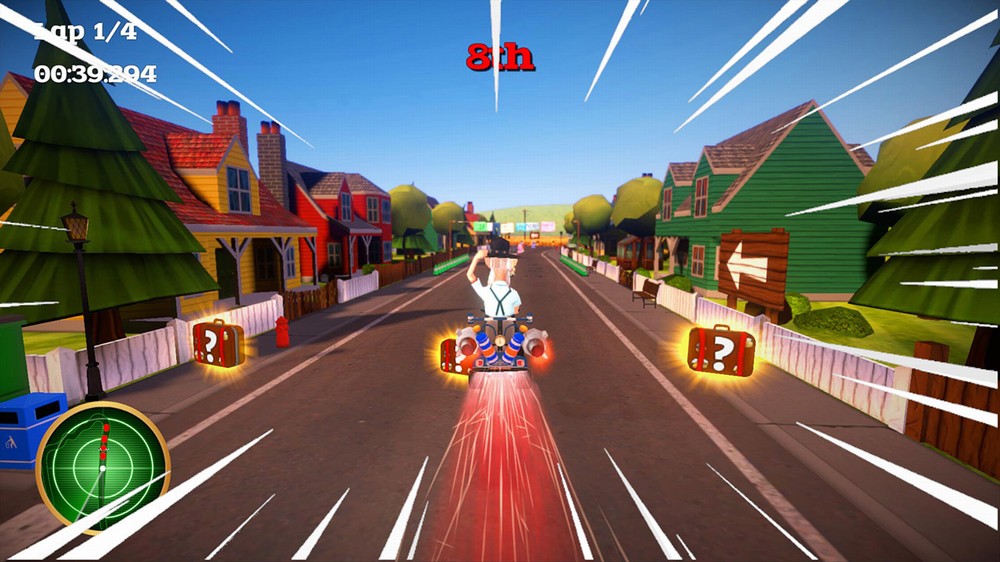 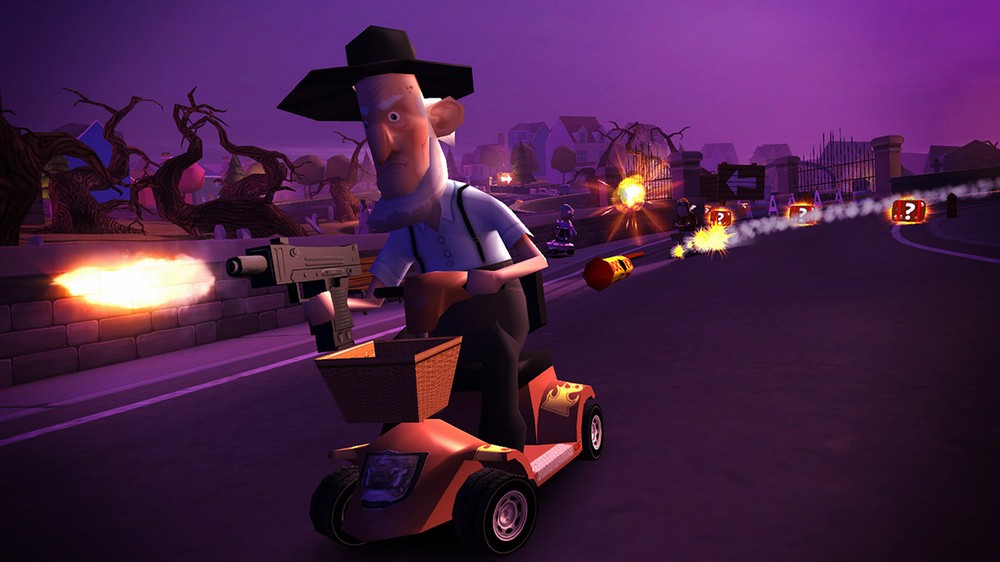 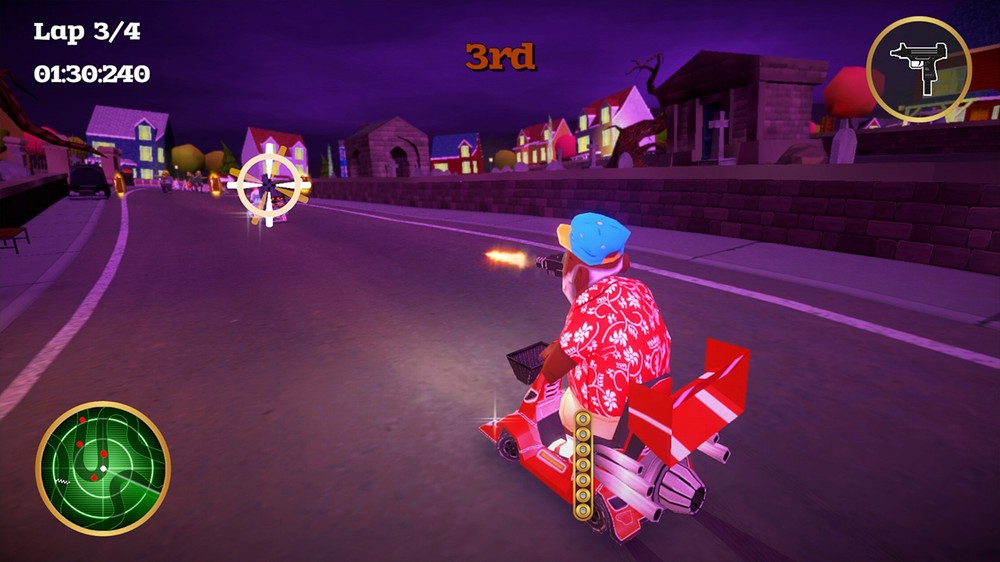 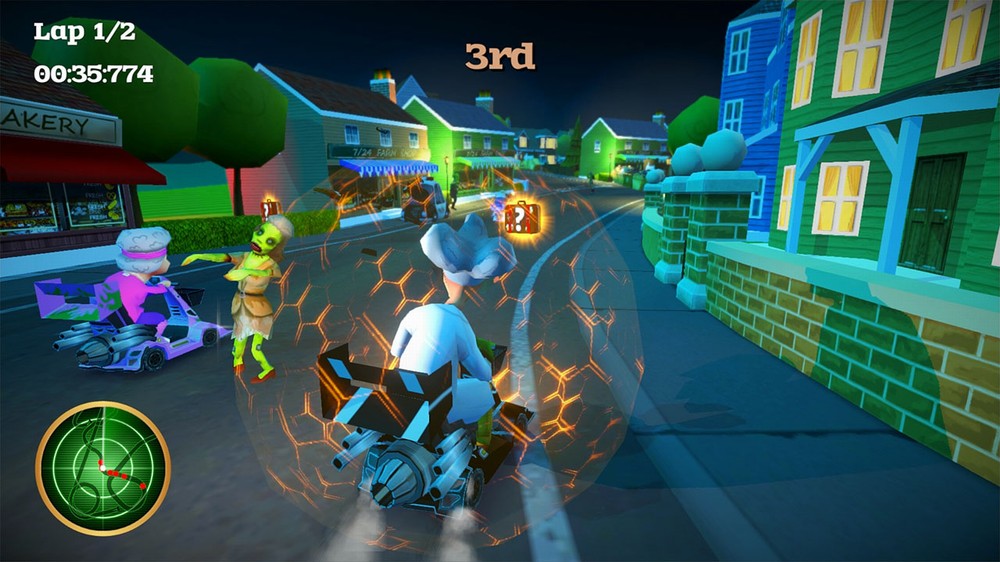 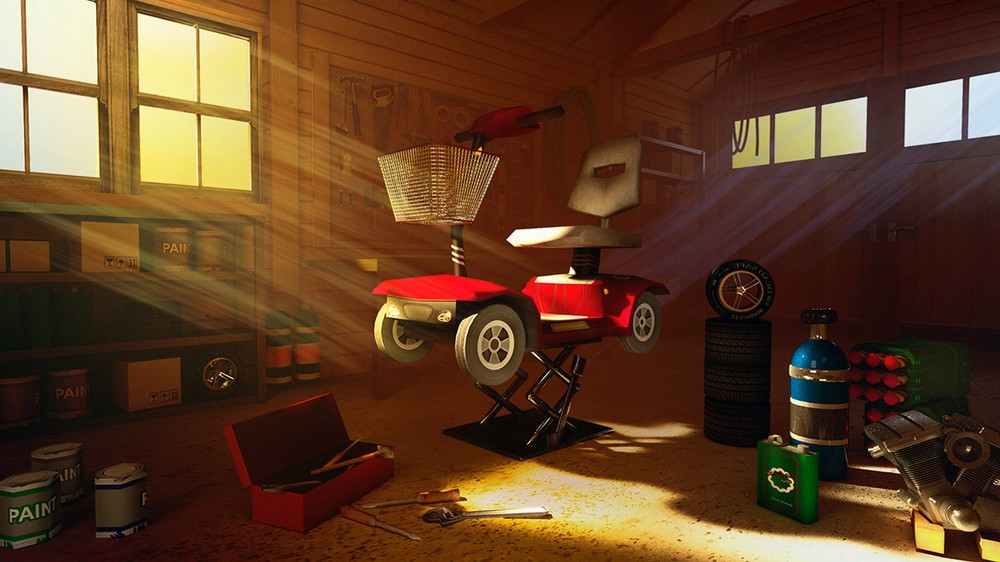 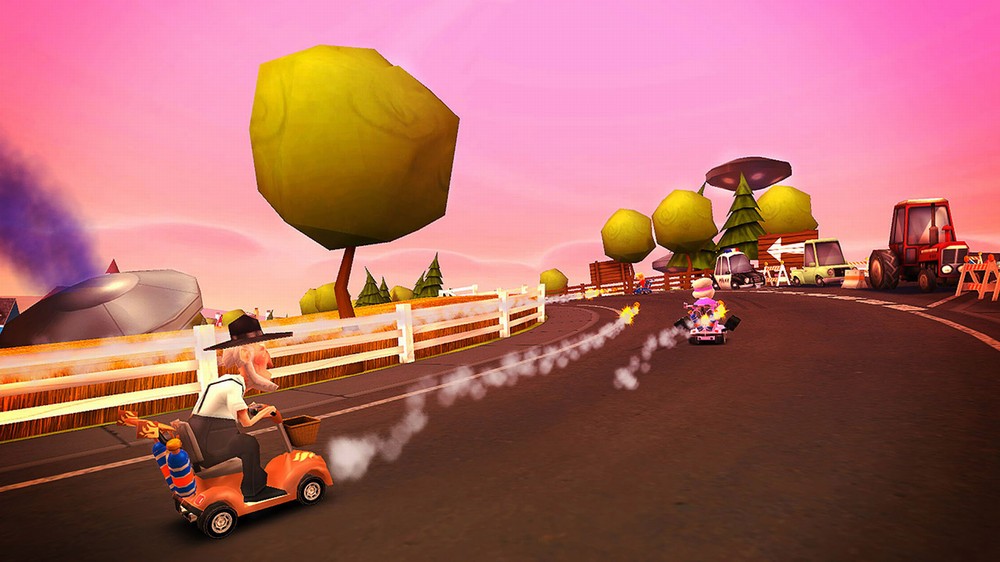 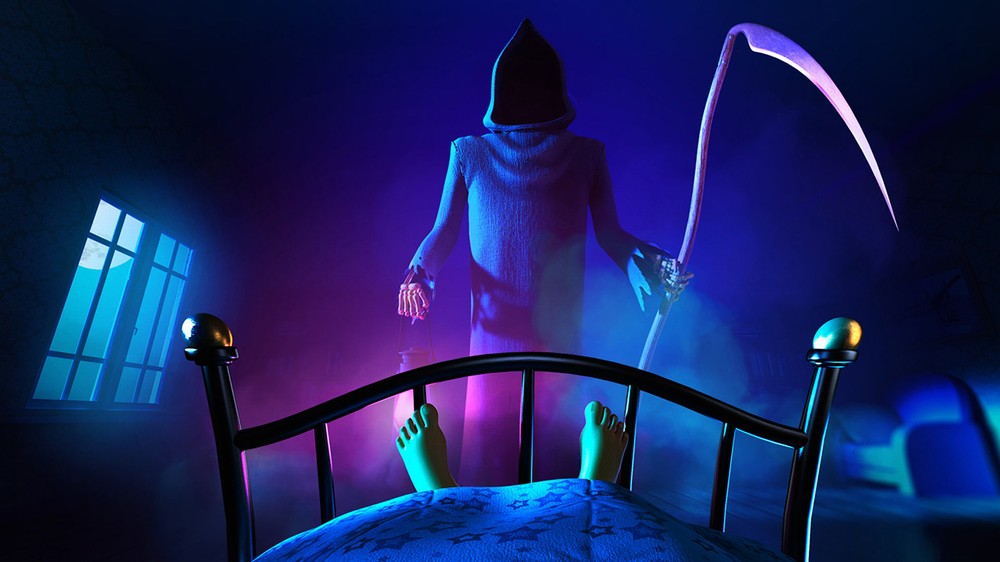