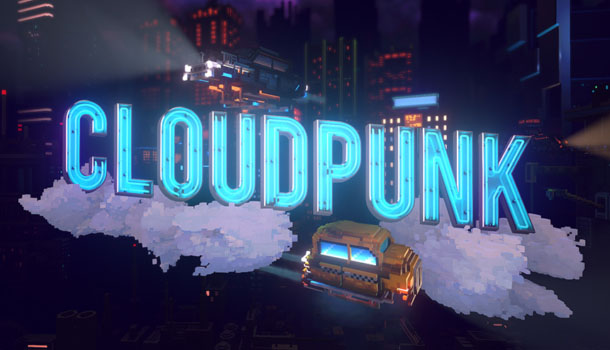 + Nails the cyberpunk atmosphere better than most games I’ve seen.

- Forced camera angles while on-foot make for some awkward navigation.

Amazingly well-crafted and fun adventure game that knocks the ball out of the park when it comes to cyberpunk aesthetic.

Cloudpunk is an indie game that came in under the radar for a lot of people, but flies higher than expected and is quickly picking up a lot of steam. That line may have a few too many puns in it, but I’m going to let it ride.

This game absolutely drips cyberpunk atmosphere. It taps into the collective unconscious, Platonic ideal that defines what cyberpunk is all about. Its eternal darkness and rain-drenched streets bathe in the neon lights of ever-present, skyscraper-high advertisements. Showcased by an absolutely stunning voxel graphic design that creates a truly three dimensional world that is multilayered and full of detail, the city feels alive and breathing. A mix of high tech and low life, just the way William Gibson wanted it. There are a plethora of characters all with their own depressing story about how this amazing city has torn them apart and left them with the scraps.

There is a lot of world building that went into designing the city of Nivalis that is revealed through exploration and conversation with its denizens. Your character, Rania, is a bit of a mystery, herself. As you progress, you begin to learn more about the city, the history of the world, the characters, yourself, and the company you work for, Cloudpunk, a delivery service where you are employed as one of its many drivers. As you play, you will receive dispatches from “Control”, which is a surly old man who seems pretty convinced that you’re not very likely to make it through your first night as a driver. 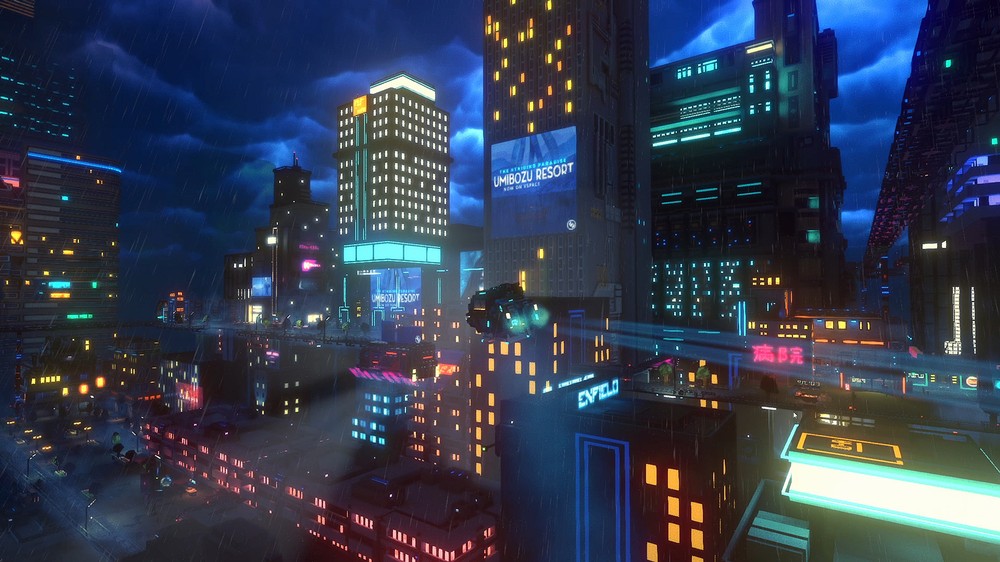 The game seems simple enough, on the surface. And it is, mechanically. You will either be controlling your vehicle by making it go forward, back, turning, or ascending or descending, as all of the vehicles in Cloudpunk are what are called HOVA’s, which are essentially flying cars, like what you see in Blade Runner. When you get close to your destination, either to pick up or drop off a package, you will find a parking location and exit your vehicle and then move around on foot in any one of the many different sectors of the city. Here, you can interact with NPC’s, pick up discarded items, shop for upgrades to your vehicle or your own appearance, buy things from vendors, etc.

Most of the gameplay comes down to switching back and forth between these two modes of transportation. Some parts of the city are harder to traverse than others, requiring you to find your way through a confusing cluster of pathways, alleys, elevators and thoroughfares. This is where I ran into one of the only things that I didn’t particularly like about the game and that is that it defaults to a fixed camera view while you’re on foot, which sometimes shifts as you enter different areas and can be a bit confusing. Also there were times where I needed to interact with a particular NPC or go through a small opening in a pathway, but the view of it was obstructed by a part of the scenery, which made it difficult to interact with properly. This, however, is a small gripe in an otherwise amazingly fun and addicting game. 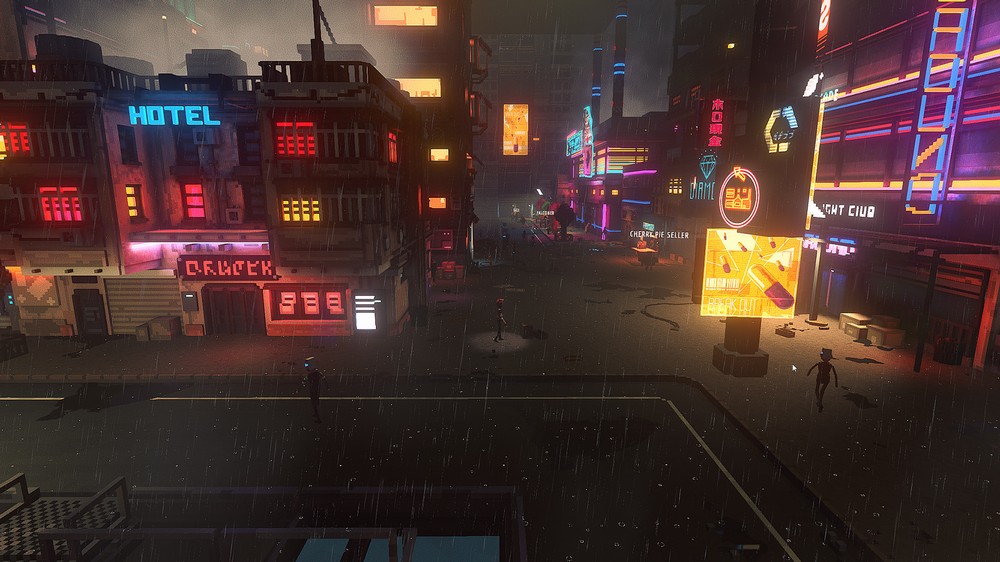 When you drive around in your vehicle, there are many other cars also flying around. You can either stick to the faster zones that are demarcated by a blue force-field where your speed increases dramatically, or you can take the path less traveled and explore the nooks and crannies of the city from the comfort of your vehicle.

While you are playing, you are almost always listening to someone speak. There is an insane amount of recorded dialog in this game. Your car is equipped by your friendly AI dog named Camus who you speak to about what’s going on and who acts as kind of your voice of reason during moments where you are presented with a difficult choice between doing what you were told and doing what might, possibly, be the more morally correct decision. The game does a fantastic job, by the way, of giving you these choices and not making it clear which one is the “right” one. In almost all of them, it was never really clear to me which would be the better choice.

Along with your dog AI companion, you will also speak with “Control” a lot, as well as the countless other named and unnamed NPC characters that live in the city. There are some really fascinating stories that you can uncover just by talking to people. Some sad, some hilarious, some just strange, but all worth it. Many times, talking to a seemingly random person will unlock an achievement in the game, or reward you with an upgrade that you didn’t expect. 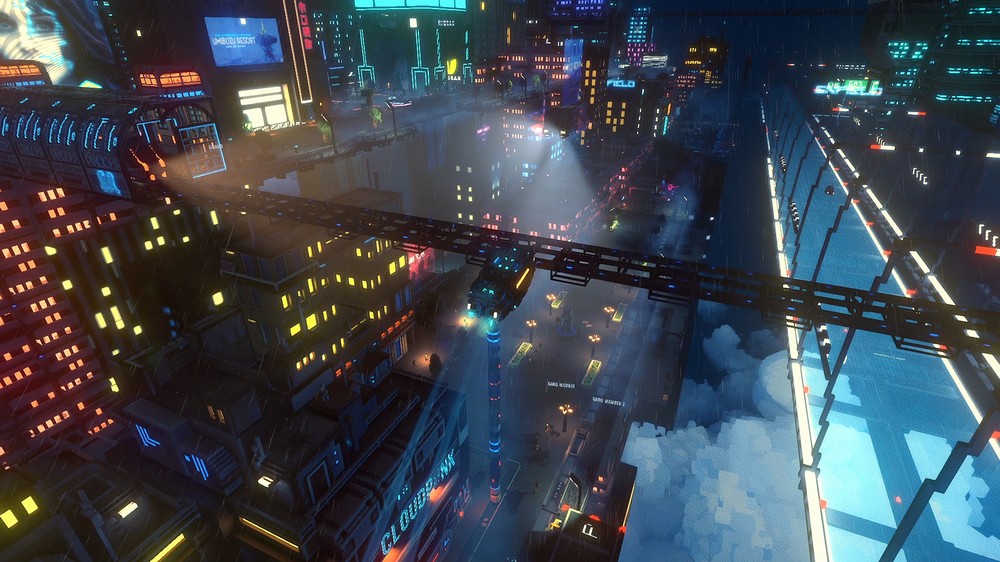 The game really boils down to an exploration game that rewards you for leaving no stone unturned. Talk to everyone. Go down every random alleyway and pick up everything you find. This game is really good at making you think you can do “just one more thing” and then quit. There are no definite “stopping points”, though, so you kind of eventually have to just force yourself to pull the plug or you could binge this game like crazy.

You also have an apartment that you can go to and chill out, buy upgrades for, and look broodingly out at the city from your balcony, just like you’re supposed to in any good cyberpunk noir setting. Upgrading your apartment and going out on the balcony is one of the coolest cyberpunk aesthetics in any game of its genre.

I really, really enjoyed this game and it is easily going to be on the top of my list for “chill out” game to play when you don’t want a fast-paced shooter or something that you have to remember 500 different key binds to have any fun with. This game is simple and fun, but deep and interesting and full of flavor. Highly, highly recommend this one to anyone who is a fan of sci-fi, cyberpunk, or just fun adventure games. 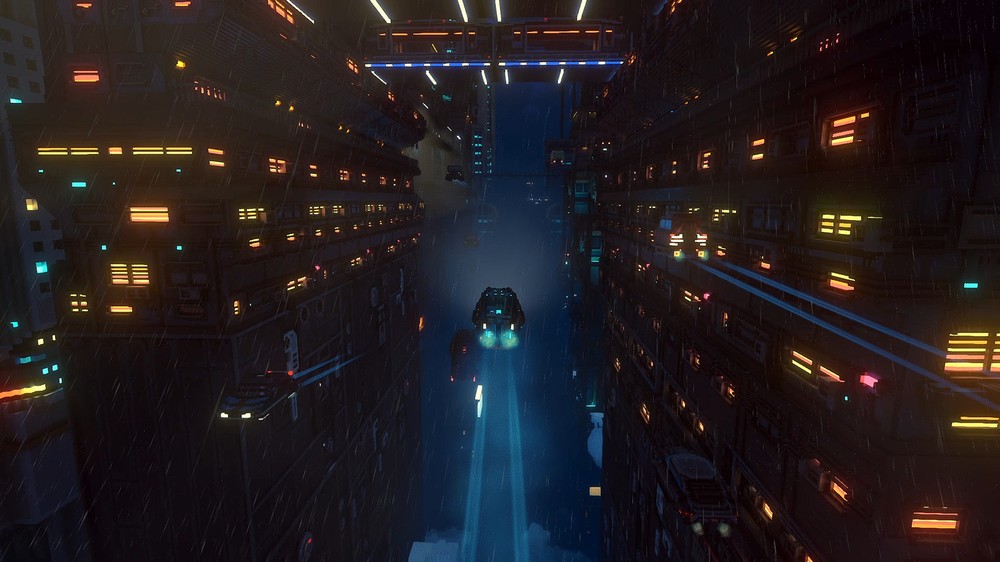 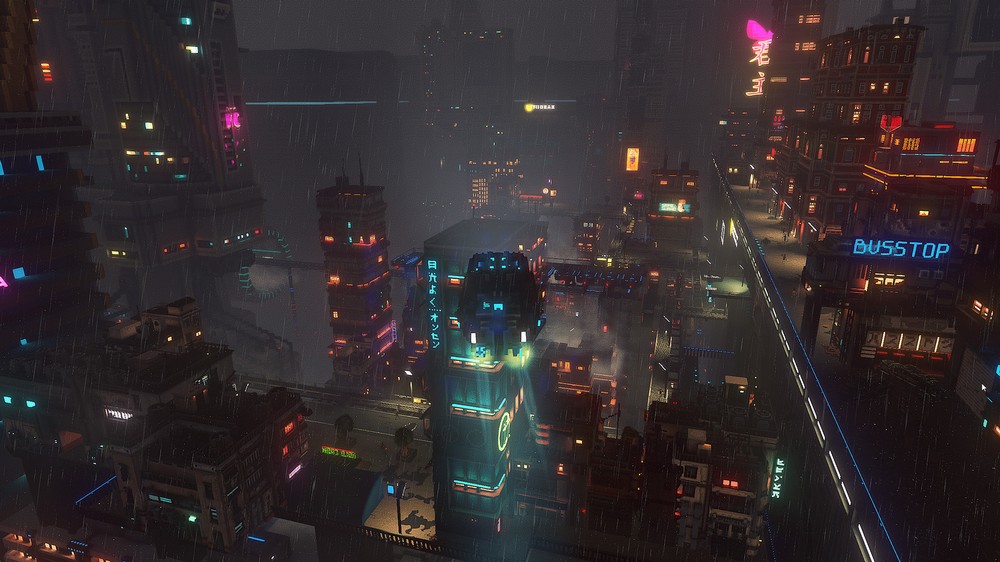 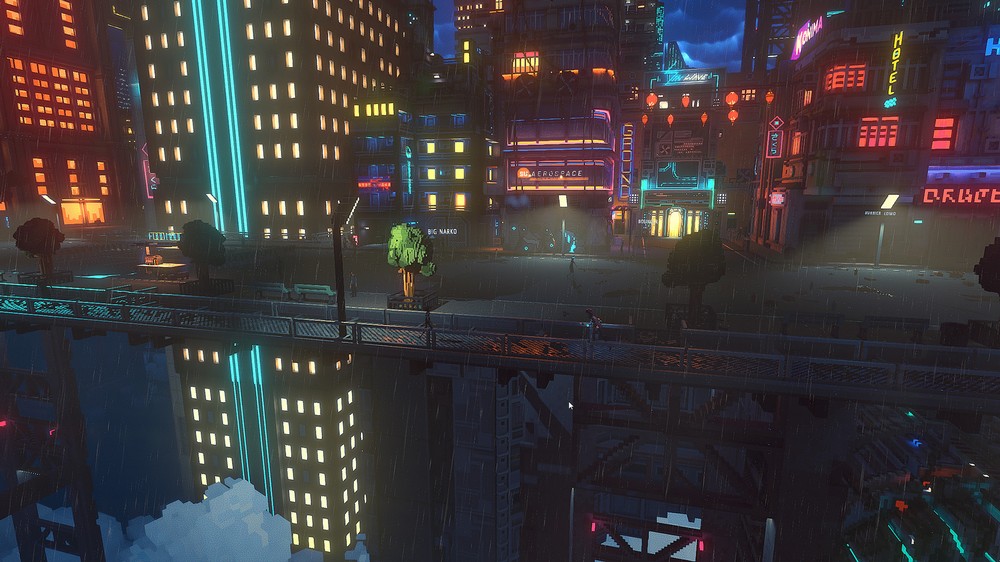 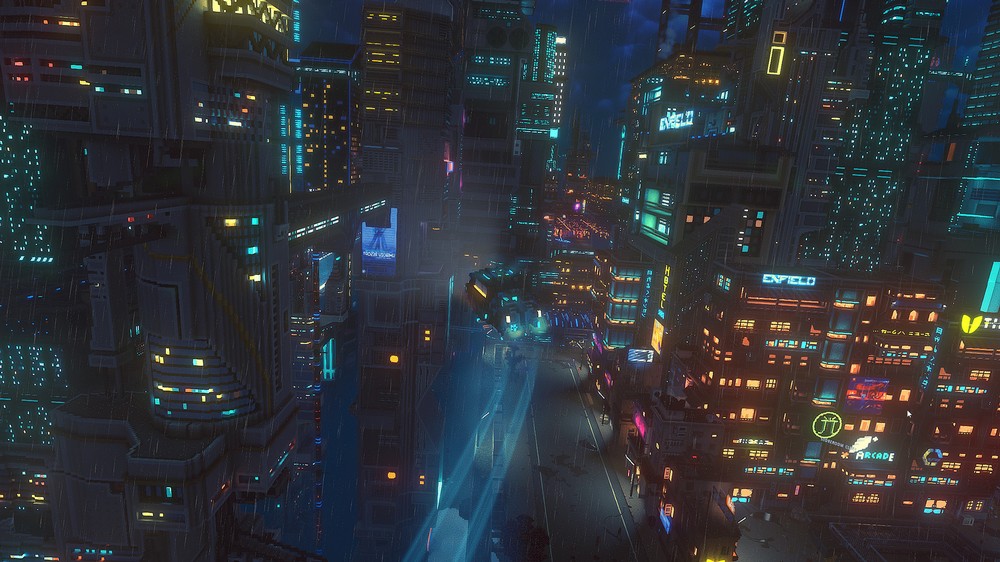 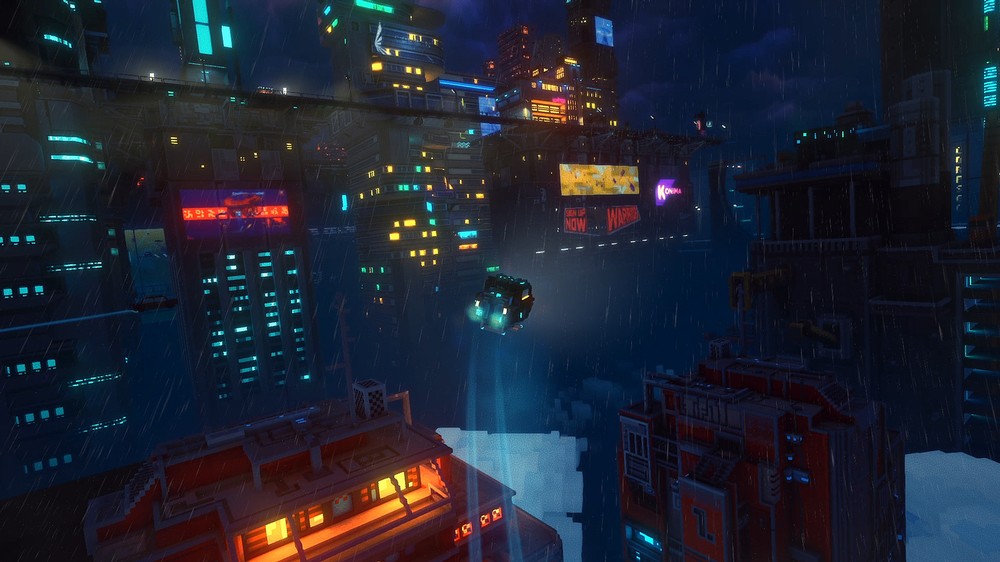