SIZZLIN'
TOP 10
1
880
The Walking Dead: Saints & Sinners Review – Oculus Quest
2
751
Worm Jazz Review – PC
3
751
Take to the Skies and Choose a Side in the New Trailer for Next Generation Air Com...
4
751
CRASH BANDICOOT 4: IT’S ABOUT TIME IS AVAILABLE NOW
5
751
Join the Galaxy’s Finest as Star Wars™: Squadrons Soars Into Homes Today
6
751
The Falconeer First-Look Preview – PC
7
751
Metamorphosis is 33% Off on Steam!
8
751
Werewolf: The Apocalypse – Heart of the Forest launches on October the 13th
9
751
Synth Riders Celebrates Anniversary with a Month Full of Treats and an Oculus Ques...
10
750
Frictional Games Shows Off First Gameplay Footage of Amnesia: Rebirth
Video Games
Editors Choice 2073 views 10 likes 1 comment
Posted May 12, 2019

Close to the Sun Review – PC 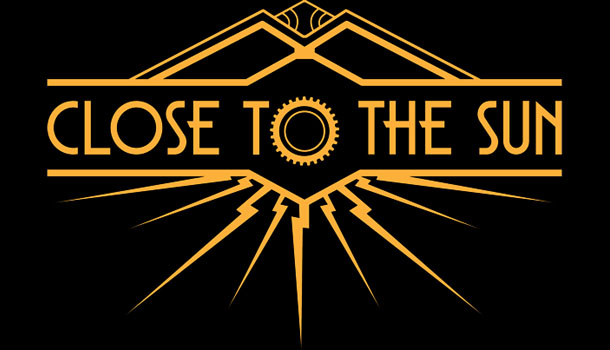 Adventure games have certainly changed over the years.   The first game I ever played on a computer was Zork on a TRS-80 in my local Radio Shack, and it wasn’t long before text adventures evolved into graphical ones.   The 90’s saw massive leaps in creativity and technology as Sierra and LucasArts defined the genre with EGA and VGA graphics and digital sound and MIDI music. It’s been a privilege to have witnessed an entire genre from conception to its current state; something I realized while playing Close to the Sun, a new graphical adventure from Storm in a Teacup.

Close to the Sun is one of those rare games that sucked me in almost immediately, and a game I ended up enjoying far more than I probably should. It’s one of those games that relies almost entirely on presentation and atmosphere. The story is limited to a singular mystery and rescue mission, and there is very little conventional gameplay; even by modern day adventure standards.   With the exception of a few interspersed action-chase scenes and a handful of puzzles it would be easy to put this in the walking simulator genre…yet I still loved every minute of this game…almost. 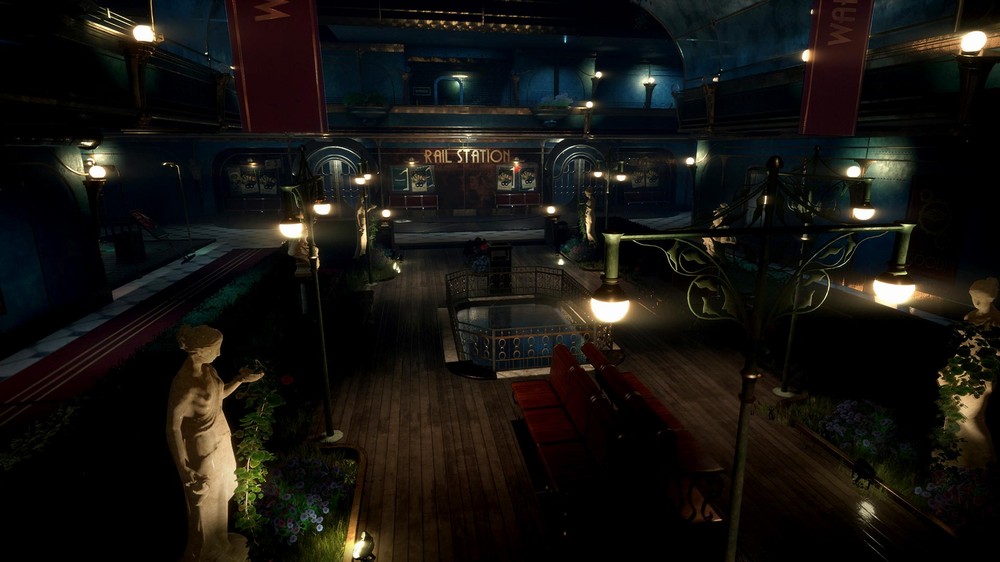 It’s 1897 and Nikola Tesla is hard at working trying to change the world by creating the future. He has created a massive Titanic-sized ship, the Helios, and assembled all the world’s best scientists to make his dreams a reality. One of those scientists is Ada Archer, and you’ll be playing her sister Rose who has just received a mysterious letter from Ada asking her to come to the Helios. Rose begins her adventure on an automated boat that takes her deep inside the massive Helios, now a ghost ship full of mystery and adventure as Rose tries to find her sister and find out just what is going on.

There is a rich backstory to be found if you take the time to read all of the newspapers, documents, and other collectible materials scattered about the ship. You’ll learn about the epic rivalry between Tesla and Thomas Edison and a network of spies he had working on the Helios. You’ll walk through museum-style exhibits and view actual government patents for many of Tesla’s inventions and discover dozens of blueprints for other more sci-fi contraptions.   You’ll also uncover the mystery of just what happened on the Helios and its occupants. 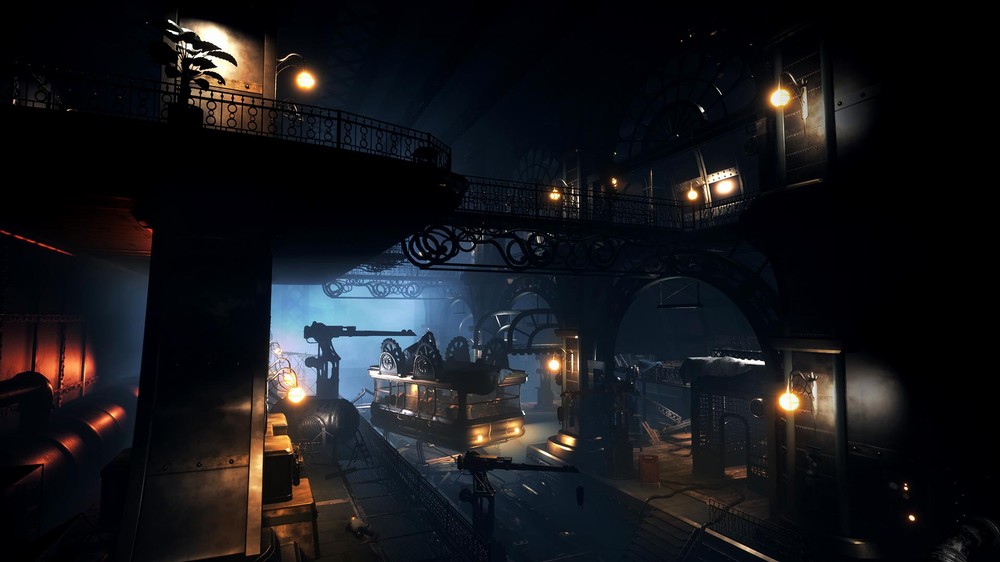 It’s really hard to discuss anything about the story without giving away massive spoilers, mostly because there are only two or three big revelations in the game. Rose is alone for most of the game but will have the occasional assistance of her sister and a few others via radio chatter. There are only a handful of puzzles in the game; nothing too tough, and inventory items and interaction with the game world is almost exclusively keys, locks, valve wheels, and door switches.   The game moves along at a nice pace unless you are going for 100% collectibles in each chapter in which case you will need to explore every dark corner of every area to find these key items. Collectibles are tallied on the Pause screen in the order they are found, so you know when and where you missed one.

There are also several exciting (and frustrating) chase sequences scattered throughout the adventure. These instances have you literally running for your life through unexplored sections of the ship and the slightest misstep results in your immediate and often grisly death before having to start over. Ultimately, unless you are very lucky, this means learning the proper path through trial and error. None of these took me more than 3-4 deaths to figure out, but it was mildly annoying, and the few times I did escape on a single try was very rewarding. 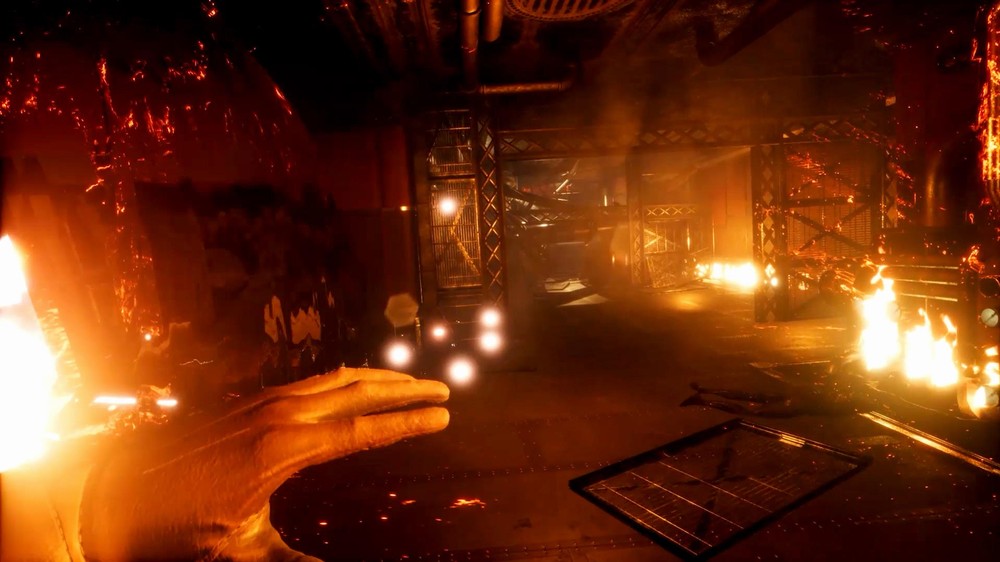 Where Close to the Sun truly shines is its presentation. The graphics are some of the best I’ve seen in any adventure game to date and rival many AAA productions. The lighting and reflections are outstanding and on par with anything raytracing can offer even if the effects are prebaked.   Special effects are amazing with plenty of Tesla’s energy contraptions generating electricity, and fire and smoke. The game can get overly dark at times and there were many times I wished I had a flashlight. The architecture and design of the ship exudes a steampunk opulence that had me flashing back to my BioShock adventures, while the gold sparkly temporal specters were eerily similar to those in Everyone’s Gone to the Rapture. The game looks stunning running in 4K in perfect 60fps at maximum settings, and will scale down nicely for those with less than recommended specs.

The audio is also exceptional with fantastic music, powerful and immersive sound effects, and some great voice acting. My only minor complaint is with the mix. The audio is several decibels louder than any other PC game I own, which is easily fixed either through the options or simply turning down my home theater volume, but Rose’s inner monologue track (where she is talking to herself) is very low in the overall mix with no way to increase separately.   Considering the sheer amount of inner monologue in this game I ultimately had to turn on the subtitles just to hear “me” think. 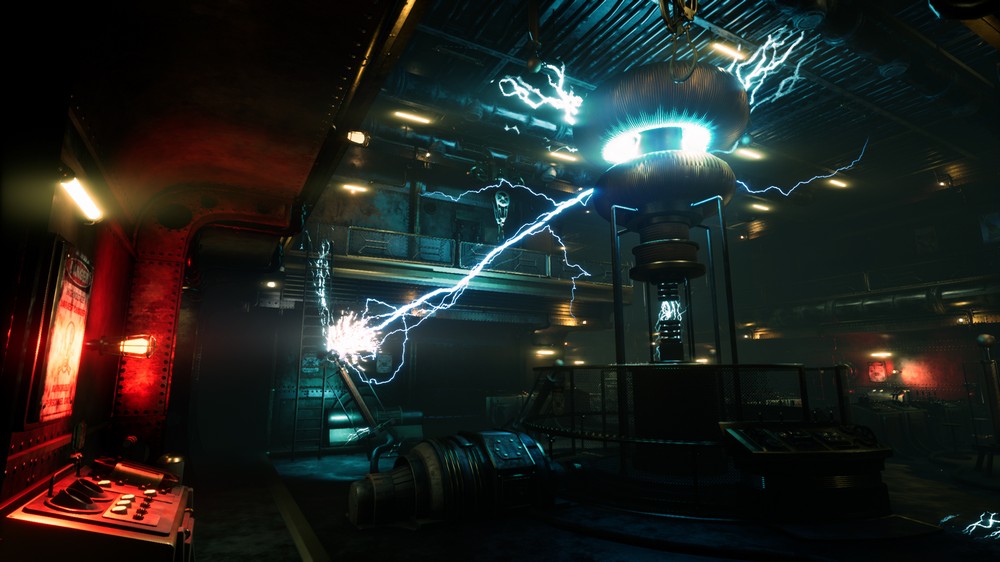 Close to the Sun is a linear adventure with little replay value other than if you are compelled to go back and replay chapters to find any missing collectibles. Considering this is an Epic Games Store exclusive there are no achievements for doing this, so a lot of that motivation is missing. Even so, the 10-chapter story will take 4-6 hours to finish and offers a satisfying conclusion that hints at a possible sequel…well worth the $30 asking price.

Adventures have certainly evolved over the decades, moving away from awkward puzzles and crazy inventory manipulation and becoming more focused on story and immersion. While Close to the Sun might be lacking in conventional gameplay there is something almost hypnotic about the level of immersion this game provides as you wander the stunning and haunted halls of the Helios, in part due to the stunning presentation, but also in the underlying fiction that makes expert use of historically significant characters twisted into an epic sci-fi yarn. I usually get burned out when games make me read a lot of documents, but this time I was eagerly anticipating each new installment in the history and mystery of the Helios. It’s an adventure that’s well worth taking…perhaps more than once. 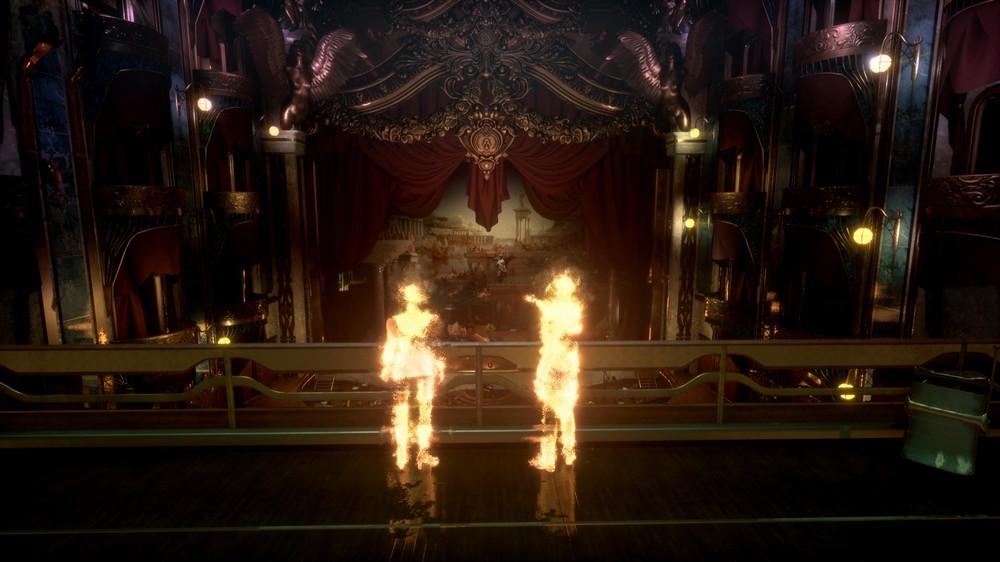 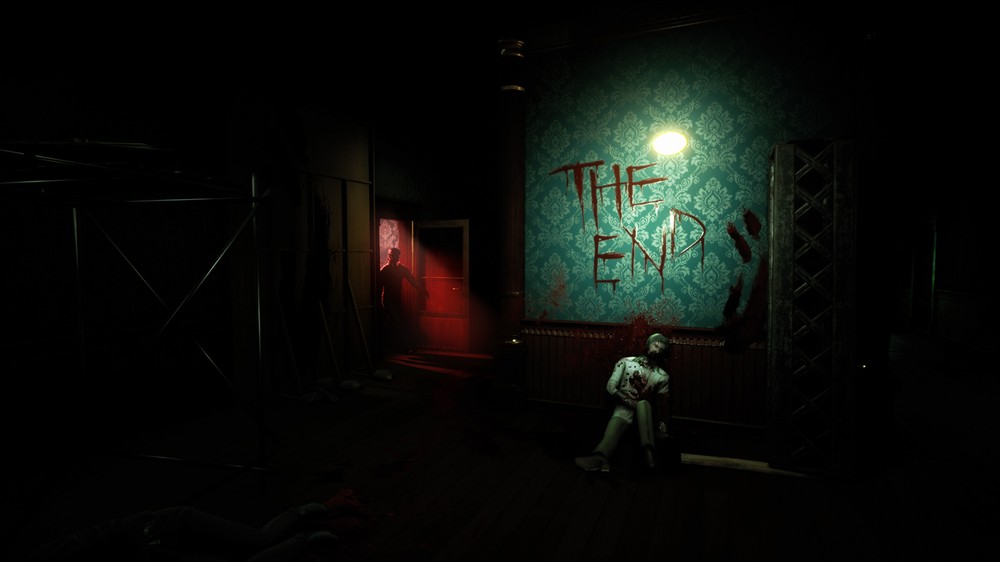 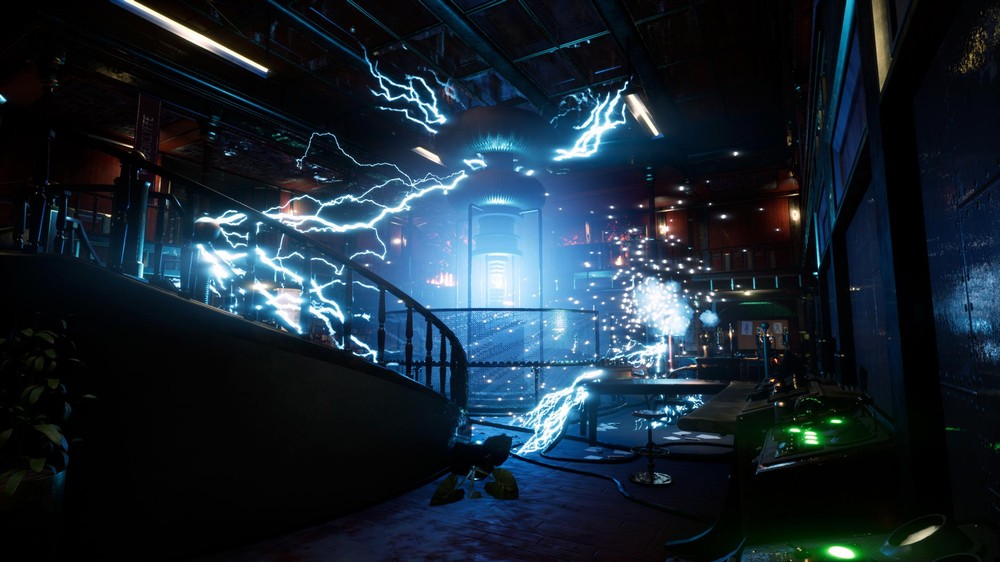 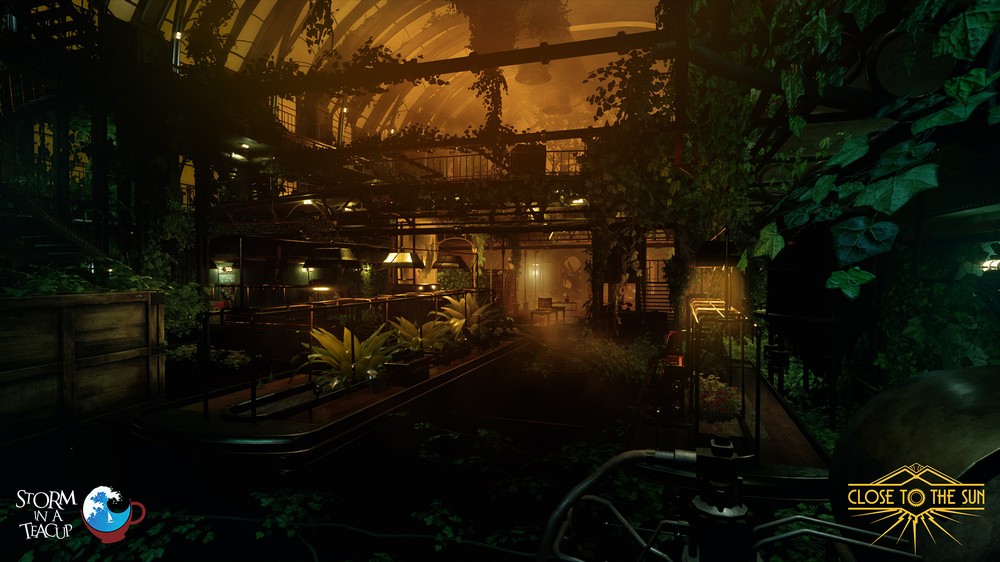 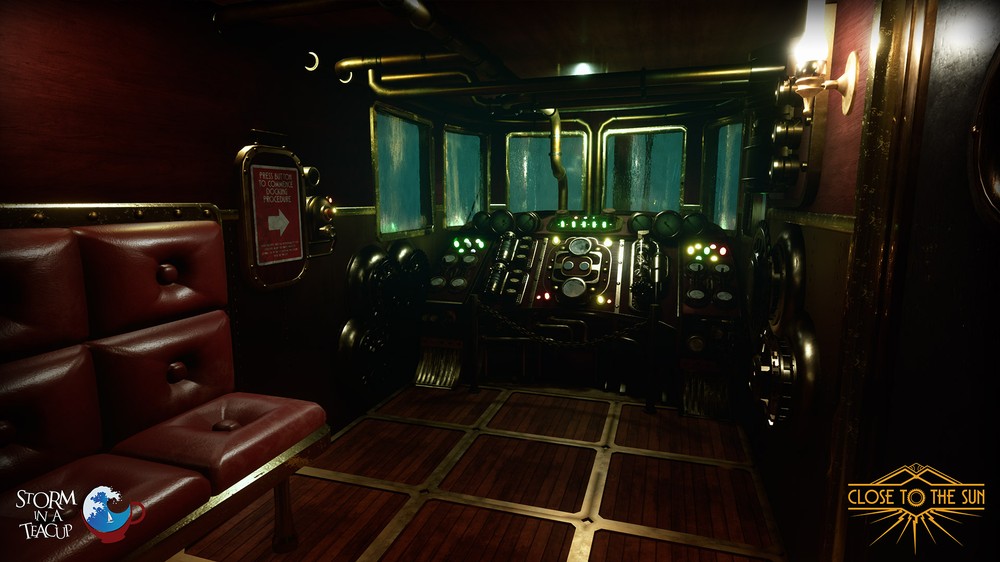 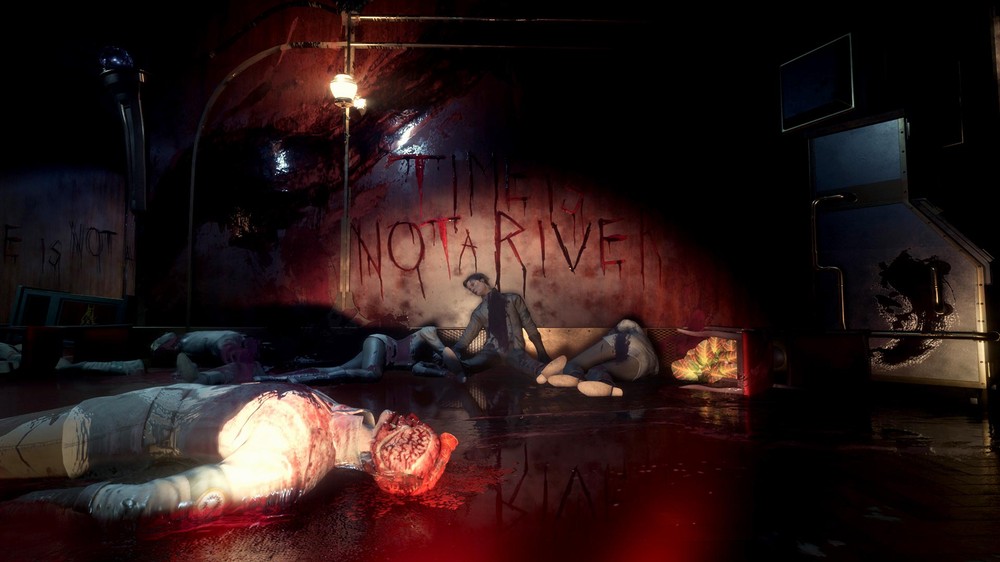 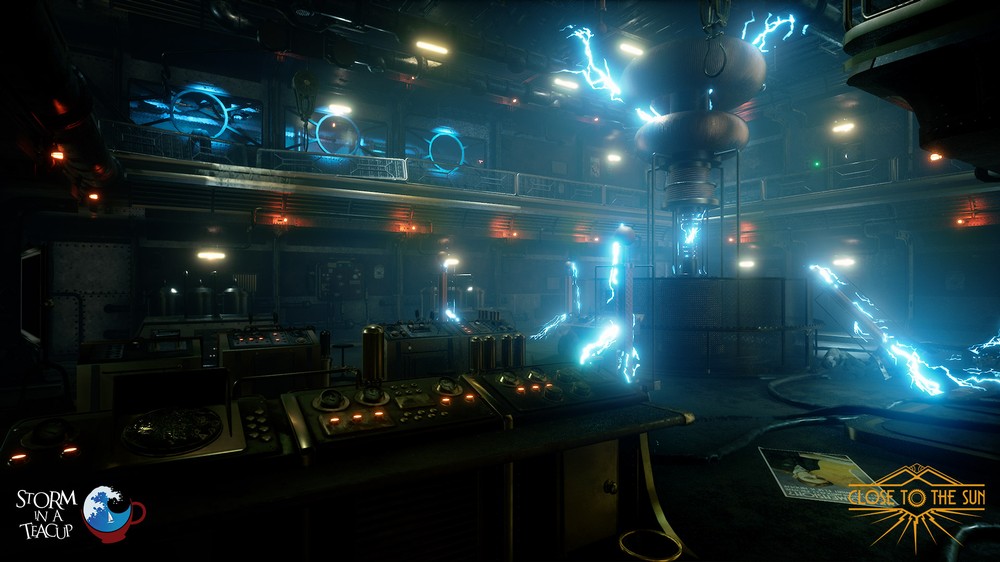 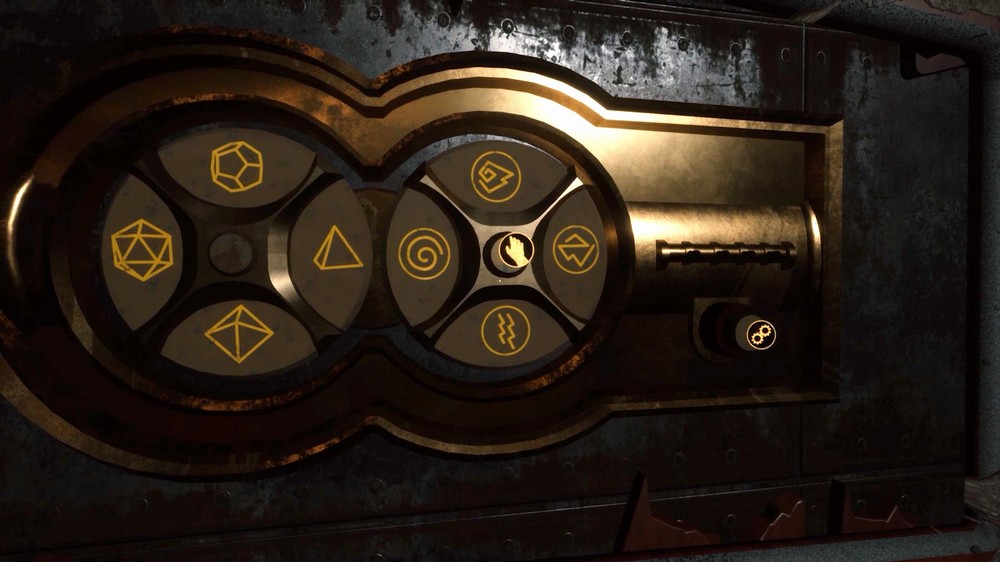