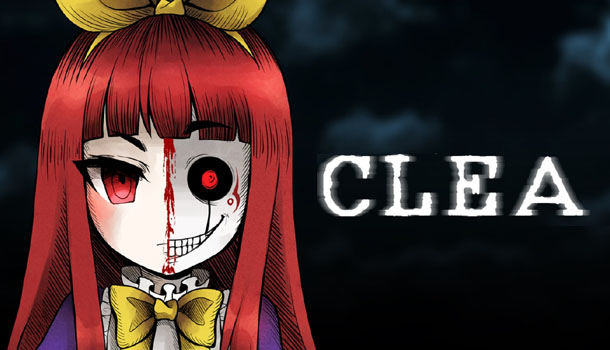 Sometimes the best horror games are the kinds that unnerve you though sound alone. I’ve always been a firm believer that atmosphere when used properly can create wonderful tension, dread and suspense. The trouble with horror games is that it’s far too easy to go for the jump-scares. While the original RE2 still to this day gets me every time, there are more to horror games than just the quick scares. So that’s why I jumped at the chance to check out the “jump scare free” survival horror adventure Clea for the Nintendo Switch.

The story of Clea picks up after an interrupted birthday, you’re told to stay put while the maid goes off to investigate the Chaos Servants that have somehow broken free of their confinements. These Chaos Servants will be your main source of enemy as you make your way throughout each part of the mansion. These creepy looking robe wearing servants with grinning faces are the experimented on monsters by Clea’s parents so naturally they want revenge right? 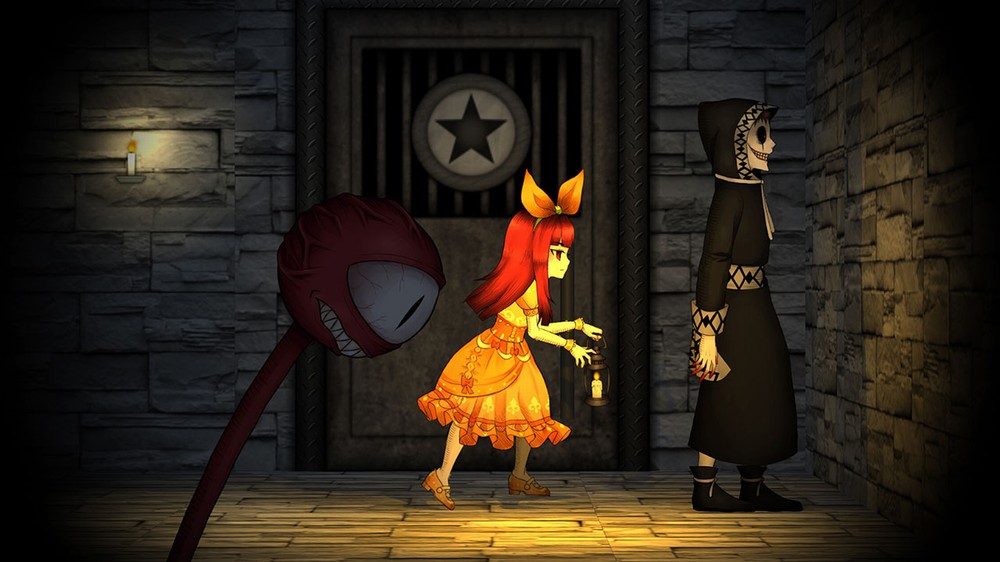 But who really listens to their betters as you quickly decide to investigate yourself with your little brother Ed. The beauty of Clea is that progressing requires puzzle solving, exploration, patience and an acute awareness to your surroundings. Nearly right from the start you are given a bit of foreshadowing to Clea herself as you interact with one of the various objects throughout your creepy adventure.  The catch is that much of the backstory behind Clea’s family secrets must sought after as you try and escape the mansion.

Actually doing this is easier said than done however even taking the game’s overall short length into consideration. The norm for most horror games is that you either have the means in which to protect yourself or you don’t with fleeing as your only recourse. Clea finds itself quite firmly in the latter with only one indirect means of temporary solace in the form of arcane candles. As with any good adventure game you have an inventory system to keep the things you will pick up along the way including said candles. You will even need to combine items together to solve some puzzles. If you find yourself trapped in a room or hall these will cause the Chaos Servants to flee the area. They only last until you switch rooms or floors so it’s best to rely on them as little as possible. 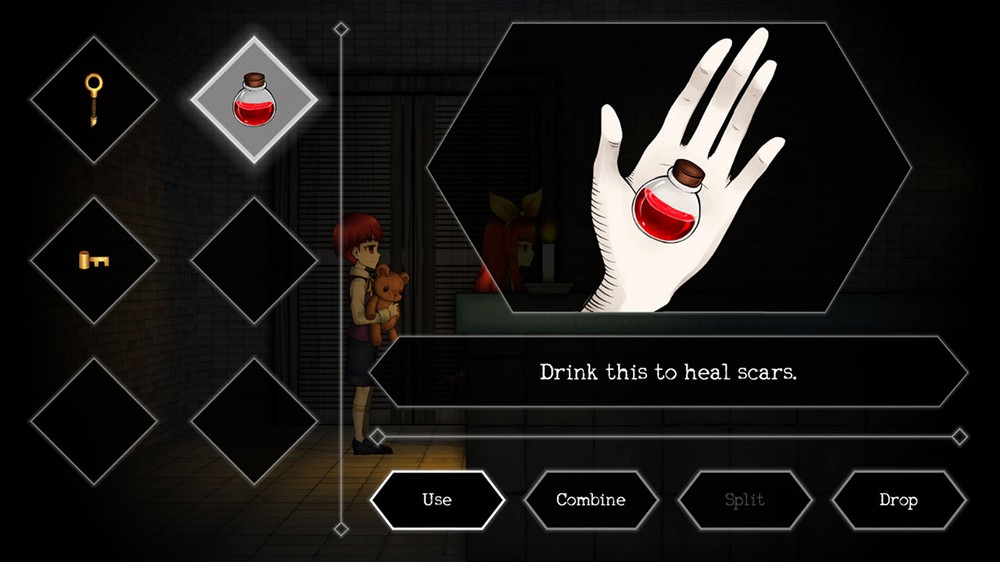 Instead it’s what you see and more importantly what you hear that will help you along the way. Clea is presented in a 2D visual presentation that when not truly evil looking draws you in with its doll like characters. That is unless you’re absolutely terrified of dolls. I have to say that I love the art style as it gives off a Victorian era vibe with the way everyone is dressed especially Clea which goes well with the horror genre. The use of candles for lighting and the darkened halls further increase the mood for the adventure and support the Victorian feel.

One of the mechanics that players can utilize as Clea is the ability to pan left and right of her current position to keep an eye out for the various types of roaming Servants. You can even look under a door while standing in front of it to see what on the other side to avoid being seen. Sight however takes a backseat to the true mechanic of sound in Clea. Sound is not only used to cast dread into your heart but as a means of survival in Clea. Everything you hear and the sounds you make yourself are critical to your chances. 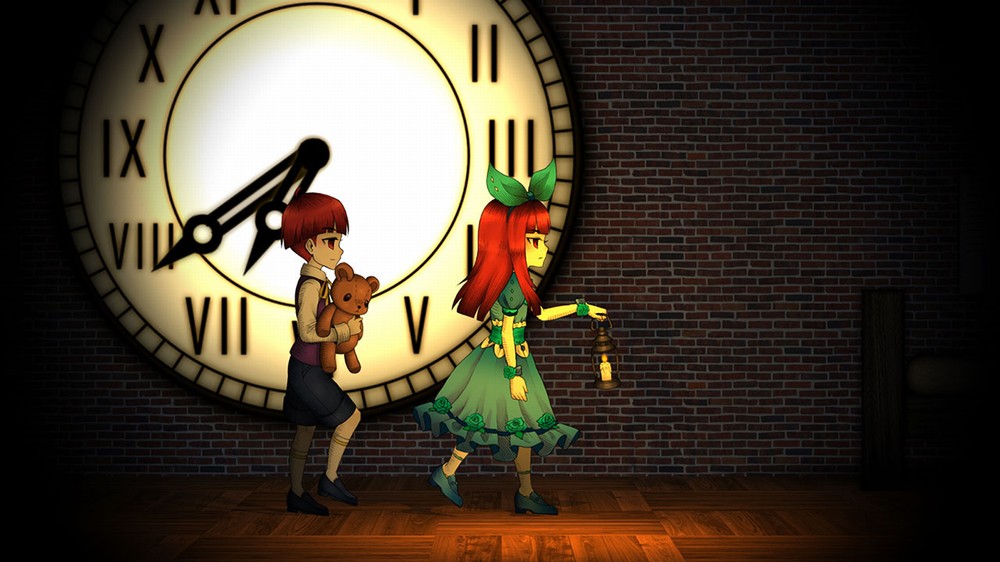 Thanks to Clea’s clodhopper choice of shoes your footfalls resound throughout halls and rooms alike; so much so that Chaos Servants can figure out where you are pretty easily and quickly in some cases. Running is both an option to flee them as well as quickly move through an area but even that’s a double edged sword. Doing so makes even more noise and increases your chances of being caught quicker. However you can make use of closets as your only real place of safety. If you are caught you are toast as its game over or at least until back until your last save point after a single touch of an enemy.

The biggest advantage you have is that you can hear everything as well especially if you are playing with headphones on thanks to the use of 3D sound. It’s extremely useful as you can hear the Servants opening and closing doors as well as coming for you even on other floors. Yeah you aren’t even safe between floors as they will go out of their way to find you. The do give off a feral tell when they are nearby as well as a resounding quickened heartbeat when really close to your position. They however aren’t quite the smartest bunch as they don’t check closets and in a few cases didn’t see me at all in a few terrifying moments of door navigation. 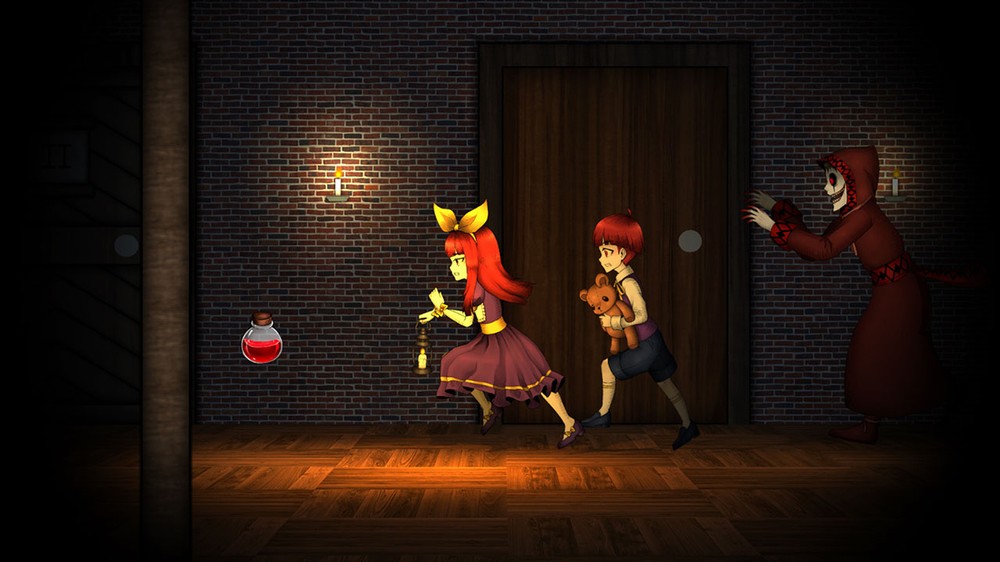 But as unnerving as Clea’s story and gameplay is does it actually live up to its claim of a non-prescript jump scare adventure. Well while I did spook myself on a few occasions, I can happily say that the claims are true. The only scares you’ll likely encounter will be directly tied to your actions and your skillful navigation of the mansion. As you successfully complete each portion of the game you are presented with cutscenes that showcase Clea’s own personal issues which added another layer of morbid intrigue for me. The hardest decision I had playing Clea was if I wanted to play it on my television to better show off the game or to immerse myself deeper with headphones in handheld mode. I’d honestly recommend playing with headphones as it would be a shame to miss out on the great use of 3D sound.

As someone that really enjoys horror games, I love to see all the different ways that developers can instill new life into the genre. 2D games like Clea certainly show there is still plenty of creativity to be utilized and it doesn’t always have to be splashy and visceral to do it. Sound be it music, sound effects and/or ambience when used properly can and will have a lasting impression on a title with me. For Clea I have to say that I thoroughly enjoyed it even going so far as to try for the challenges of not using closets or being seen at all. If you love to curl up with a creepy game on a dark night with the lights off then check out Clea for the Nintendo Switch.