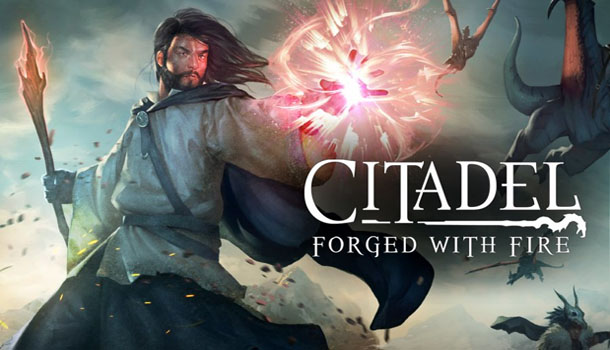 A lot more accessible to newcomers than other survival-type sandbox titles.

Just as the weather starts to turn cold players can warm themselves up with a little fire with the final release of Blue Isle Studio’s Citadel: Forged with Fire. A few years ago I got my first look at this fantasy world where magic is the ultimate weapon as you set out to explore and ultimately make a name for yourself amongst other real players across Ignus. Now out of early access it’s time to see if Citadel lives up to my early impressions. But first a bit of insight to what Citadel: Forged with Fire actually is.

Originally I compared its world to the likes of Skyrim and even Harry Potter but the more I played it I thought back to an interesting game called Sorcery. Though even that was more simplified than what Citadel has to offer. Citadel: Forged with Fire at its very core is a massive online sandbox that allows new apprentices to find their place amongst other players seeking to do the same. I mean who wouldn’t enjoy conjuring up spells, crafting potions and using those things to defeat your enemies even if it’s former allies. 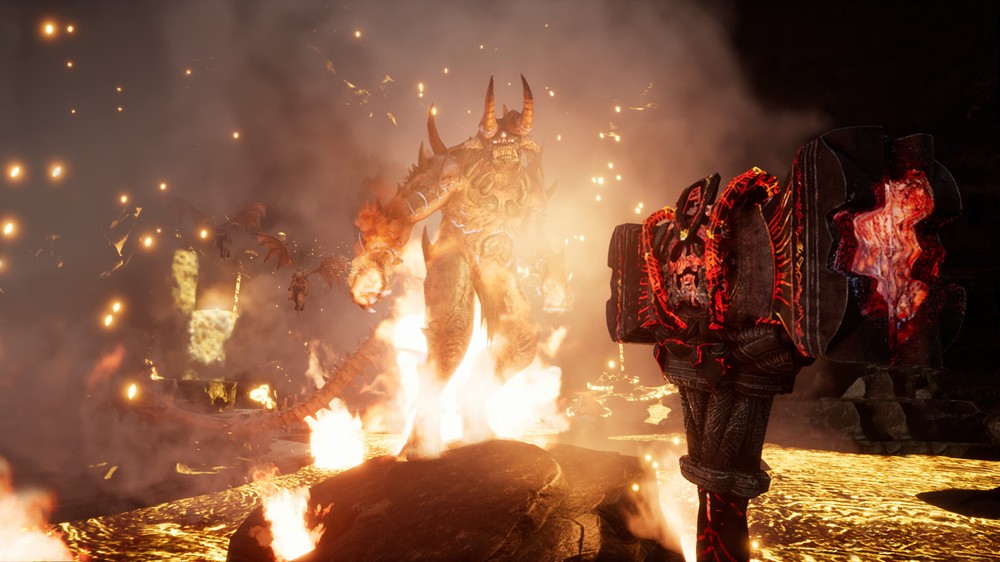 But before you can do that you have to take your first steps literally out of a fiery pit of lava. Citadel isn’t big on story aside from a few starting quests to sort of lay down some ground mechanics. So much like titles like Conan, you have the option to create your own custom game and play alone to get a feel for things before joining ones created by friends or other players. The downside is that characters do not carry over between servers or out of solo play. So I would only use solo until you’re comfortable with the basics. By basics I mean crafting… lots of crafting.

One of the first things you do in Citadel is gathering resources like stones, wood, rune crystals and the like to build up an inventory to get started with bulk of the gameplay. While magic usage is the end game you won’t get far without diving into the crafting system that everything revolves around. The early quests set you on this path and various totems around one of the three starting areas give additional tips to aid in your survival. Survival luckily is only limited to physical dangers like beasts and man instead of constant threat of personal needs like dehydration or starving like so many of the survival sandbox games I’ve played. 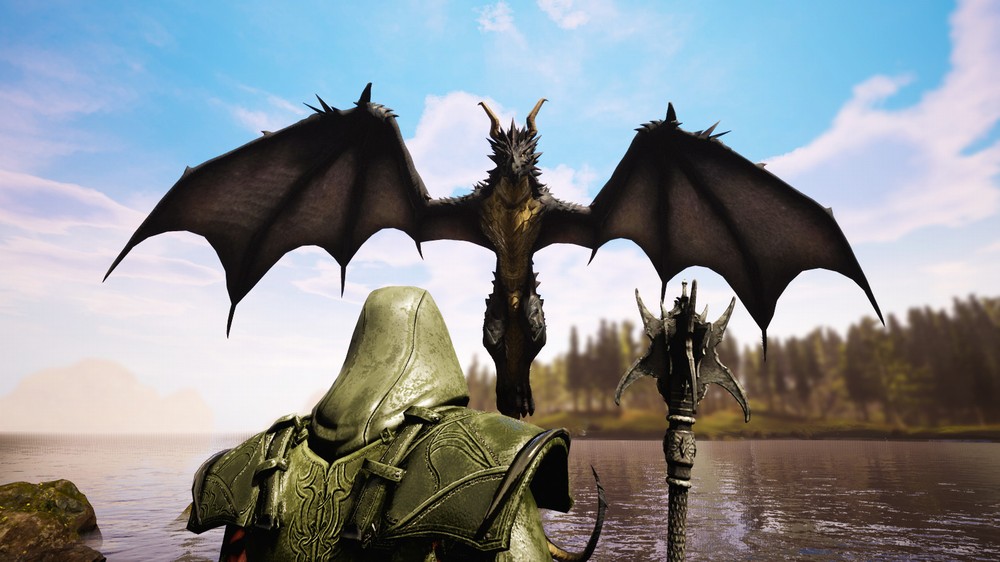 Players have four different options to tailor their combat playstyles to: melee, gauntlet, wand and staff. Wands and staffs are the obvious choice for a wizard allowing them to attack at range offering two distinct styles of attack, precision or area of effect. Melee is the least magic based of the lot but excel at high damage at short range with weapons like axes and hammers. I still actually prefer the gauntlet option, which favors high damage over time but with the drawback of high mana usage.

Citadel isn’t the kind of game where you can simply just purchase these spells though from a shopkeeper. Much like everything in Citadel spells are earned by gaining experience and unlocking abilities along the way. You have plenty of opportunity to play around until you find your weapon style but spells fall into different categories including those specific to certain weapon types. There are the seven different “schools” of magic of Arcana, Nature, Darkness, Light, Storm, Fire and Frozen to dabble in with each containing six methods of attack or aid. 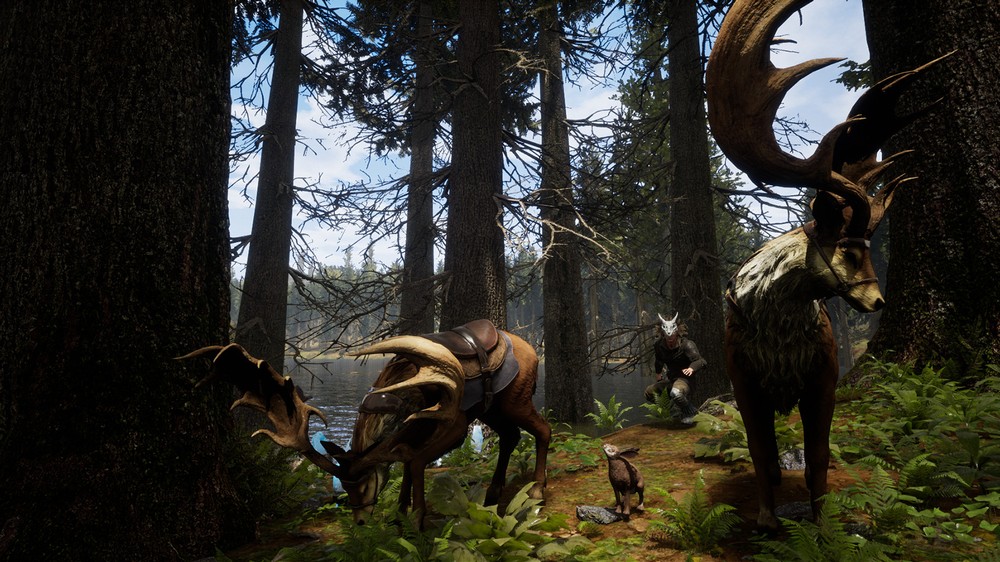 There are some spells that can be equipped to all weapon type that range from healing to telekinesis and shields at this point. Players can also use pacify spells to tame animals, including dragons, for a limited time to aid them and even ride or fly on them in some cases. Luckily flight isn’t just limited to creatures as you can create broomsticks and even potions to gain flight abilities. For those that want to there is even an option to fly without the use of mana or items to achieve it.

The world of Ignus is vast with 36 square kilometers of land to explore at this point that is filled with caves, dangerous terrains like swamps, acid pools and mountains. I’ve quite enjoyed the scenery that and the music during my time with Citadel. One of the things that I still enjoy about how Citadel’s environment is setup is that resources don’t just smack you in the face saying “here I am” with outlined borders. You actually have to explore and look to find things you need. Citadel luckily gives players two camera options in which to do this. The first and default one is from the first person perspective with is awesome for spellcasting and more precision work. The downside is that you can get blindsided by enemies this way. Which is where option two: third person comes into play. I found gathering resources is a lot easier this way and it offers players with situational awareness at the same time. You can actually fight in either perspective similar to one of my favorite RPGs so there’s no shortage of versatility for the player. 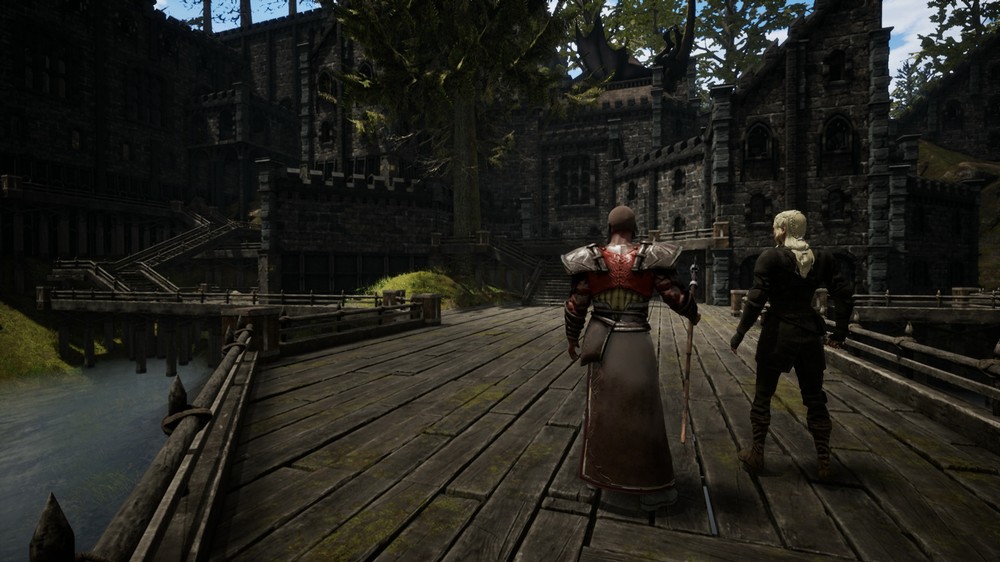 While there is plenty of places to explore and things to do in Ignus alone, the meat of Citadel’s endgame seems to stem from its multiplayer capabilities. Party Play and Houses make up the multiplayer aspect of Citadel’s content. Party Play is a great way to team up with other players and work together on adventures and even build on a player’s own claimed structures. The nice thing about this is that there is no friendly fire and combat XP is shared with the party.

The other multiplayer area is contained within house building and is a long-term investment not unlike guilds. The difference is that players are free to play how they want even going so far as to rise in rank within their own houses through trickery and deceit. Houses are even able to share resources and build massive castles and battle other rival Houses. Unlike guilds Houses have no player limit so you can literally create kingdoms. Severs can only support up to 50 players at a time which still gives some flexibility to allow constant shifts in the Houses.

For folks that enjoy the long term investment of fantasy titles like Minecraft and Conan then there is definitely something for you here. As someone that enjoys things at a somewhat slower pace I still enjoyed the final release thanks to the combat and RPG elements. But what game isn’t better when you can tame and ride a dragon. If you enjoy exploration, spells and all the crafting you can handle then be sure to check out Citadel: Forged with Fire for PC today. 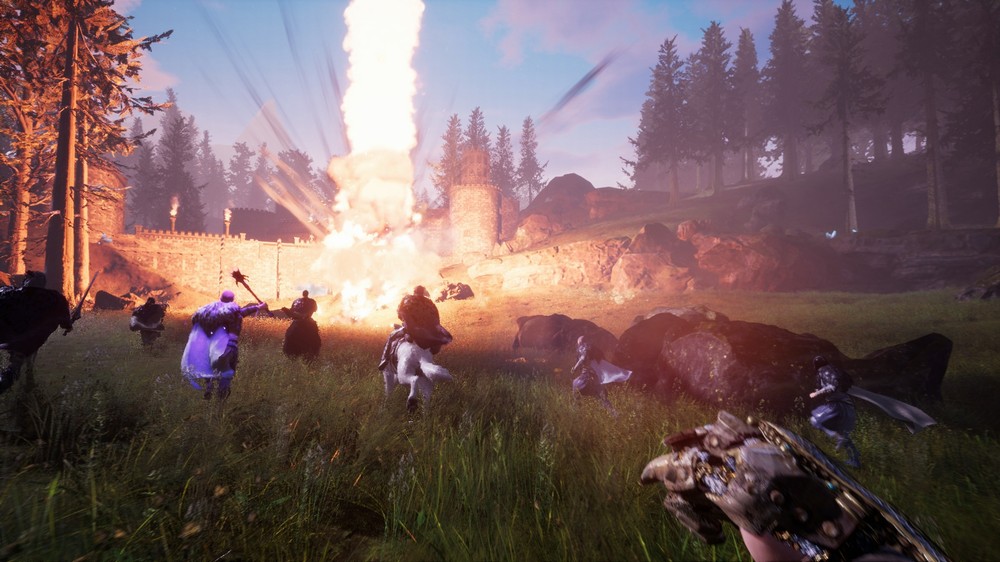 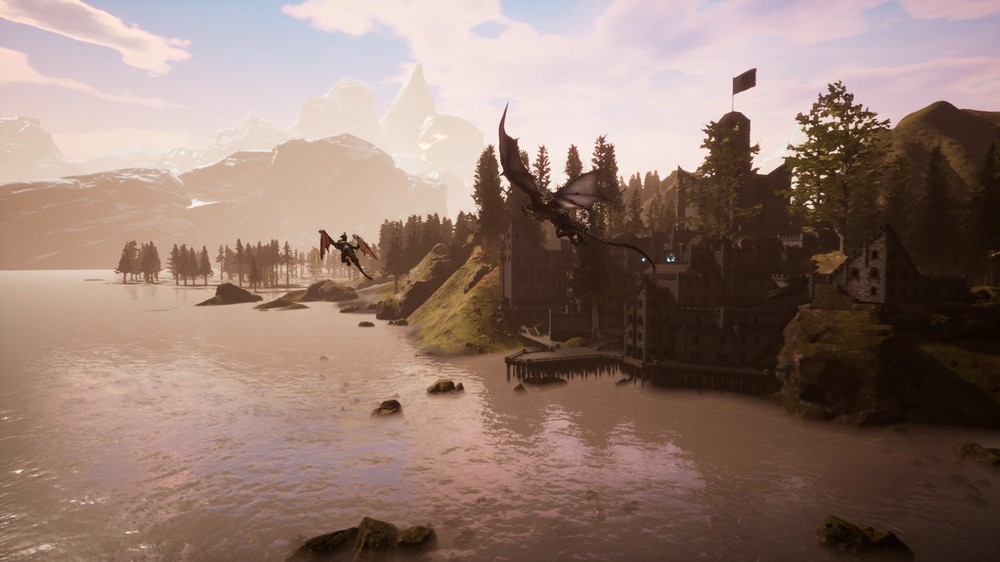 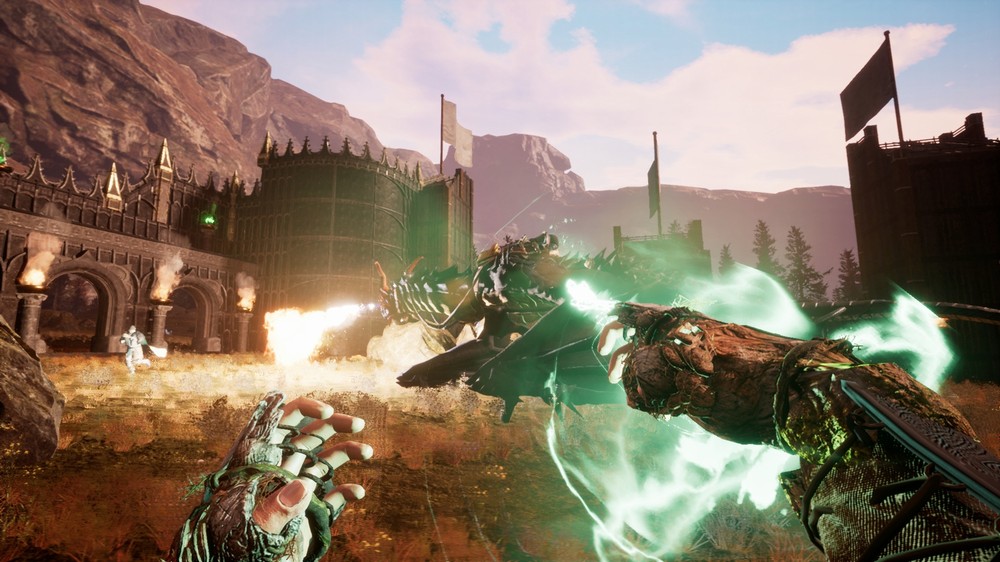 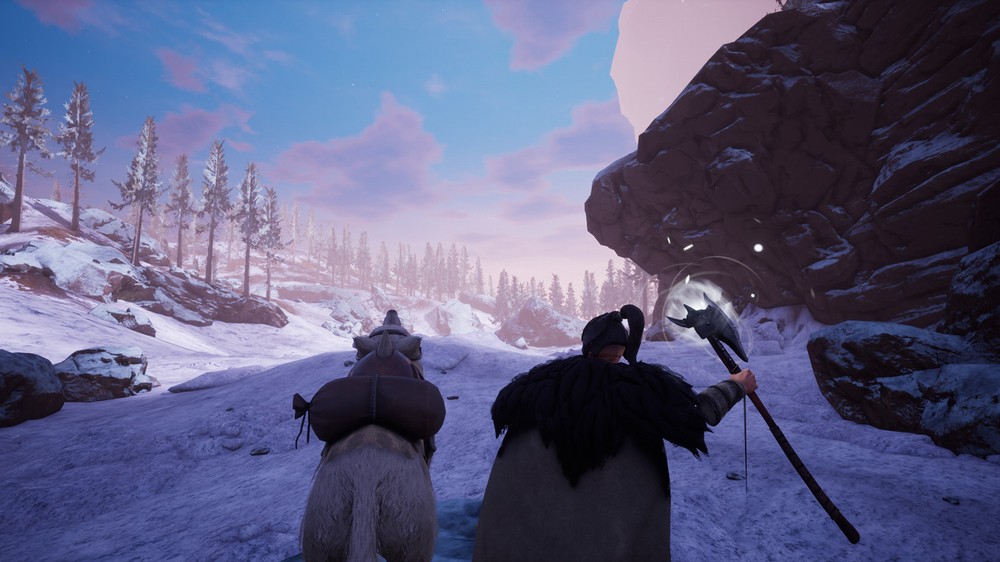 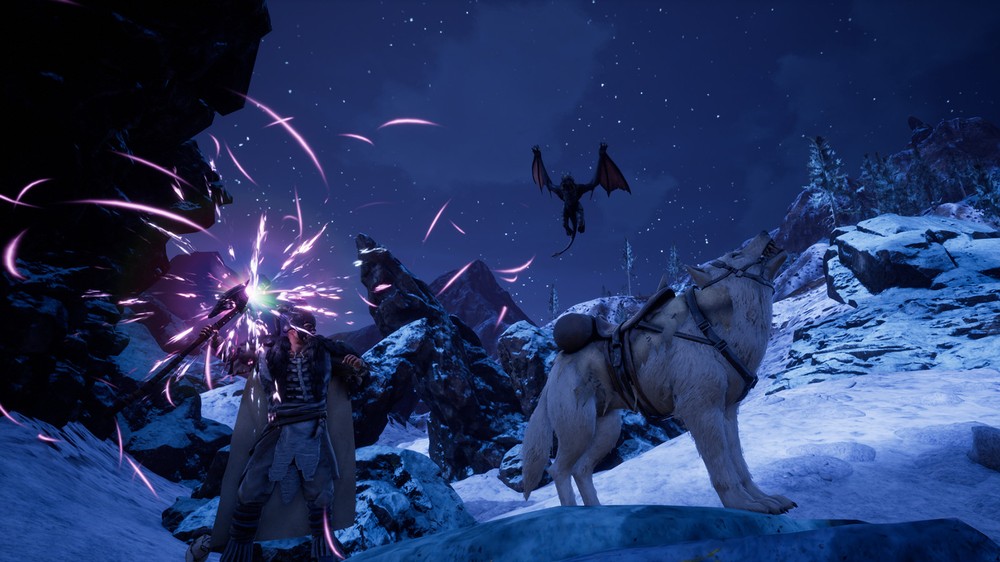