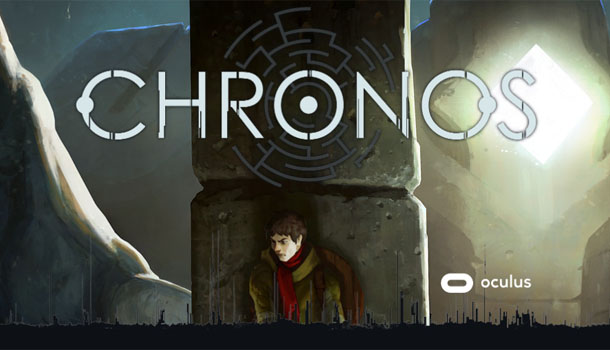 - Lots of backtracking and fighting same enemies when you die.
- That creepy eye-contact with character if he gets too close to camera.

A showcase VR title and one of the best games you can play for the Oculus Rift.

Chronos is the newest addition to my Oculus library and has quickly proven to be one of my favorite VR games for the system.  Chronos is a third-person action-RPG with a cool twist built into the death-respawn mechanic that totally changes the way you think and play this genre, but more on that in a bit.  You begin the game sitting around a campfire with several other people (who you won’t even know are there unless you actually look behind you) listening to an ancient tale told by an elderly woman who uses fire and dancing silhouettes to enhance her story points.

When that is over you find yourself climbing out of a rowboat and entering a cave at the base of an ocean cliff.  Inside, all sorts of mysteries await in what becomes this twisted tale of medieval and modern industrial timelines.  Things start off as more of a mystery-adventure; at least until you unlock that portal that takes you back to a time of castles and orcs…or are they goblins?

The best thing I can say about Chronos is that it would be a perfectly awesome game without VR, and being a third-person game you really don’t get any true immersion in the adventure aside from some cool 3D visuals and an extended panoramic view.  But the Oculus Rift certainly does a great job of setting this game apart from other games in the genre by allowing you to play using 3D modeled landscapes, architecture and some pretty cool animated miniatures. 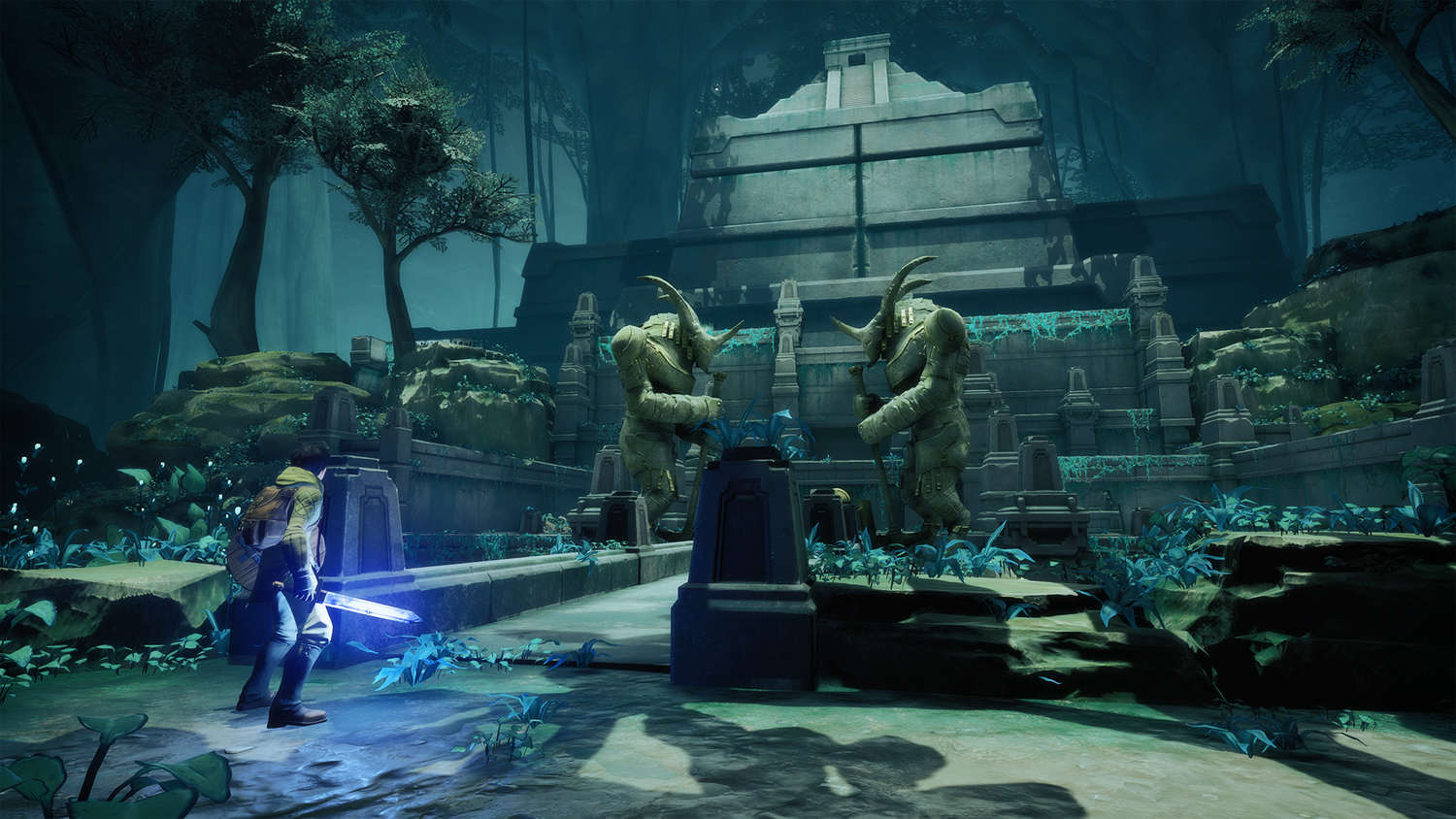 Perhaps the most innovative feature to the game is the aging system.  Every time you die you will respawn at the most recent checkpoint but you will be one year older.  Mortality issues aside, this slowly factors into you character abilities, so when you are young to middle-age you’ll want to pump stat points into strength, health, and dexterity, but as you start to age and your body begins to fail you it might be better to put those points into intelligence and other non-physical attributes.  It’s a very cool balancing act that allows you to prepare for the future knowing that you are slowly getting old – or perhaps rapidly getting old depending on how often you die.

When you respawn all the enemies repopulate the level but other accomplishments and collected items will carry over.  This means considerable backtracking when you die, but hopefully you have unlocked a door or revealed a shortcut to make the journey back to your point of death a bit faster, even though you will likely have to kill all those monsters over again. 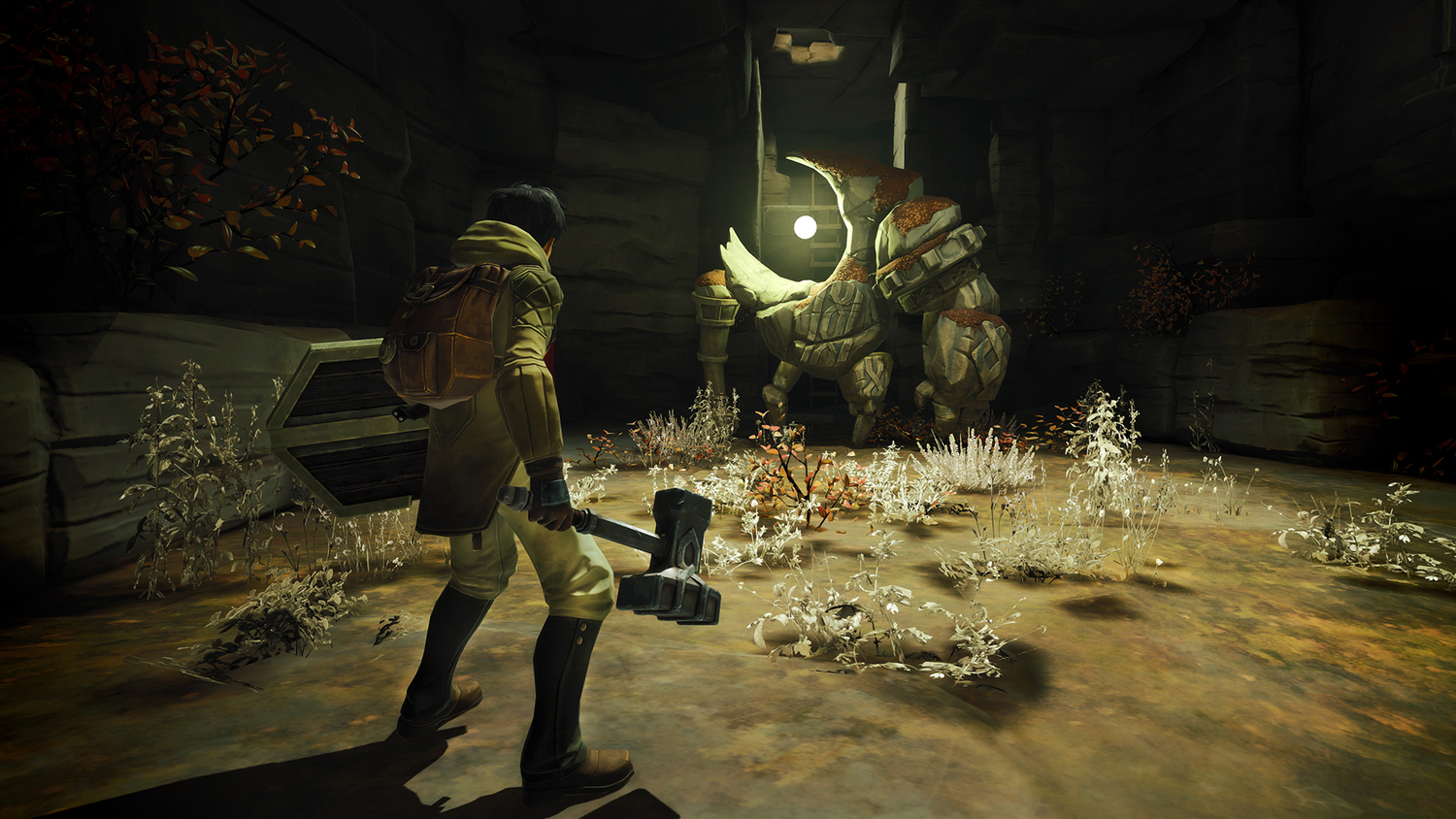 The controls and fighting mechanics are solid with a nice mix of weapon and shield and a useful tumble move to put space between you and attackers.  You can use the environment as cover or in the case of bottomless chasms, an easy “ring out” if you can get the enemy on the edge.  Just don’t follow them over.  As you get older and your mental abilities become more powerful, magic is introduced and is implemented with just as much finesse as the melee.

Another great feature of Chronos is its length; easily 15 hours and most likely closer to 20 before the game is finally over, and when it does end you’ll be wanting more.  That’s impressive for VR where most games are either demos or 2-3 hour mini-adventures.  And for all its content, the game is surprisingly lean when it comes to the ingredients.  There aren’t hundreds of enemy types or dozens of weapons to hassle with.  NPC’s are few and far between and there’s not a lot of talking, yet without all of these things Chronos still keeps you glued to the story and the immediate quest from start to finish.  It’s a very difficult game to put down. 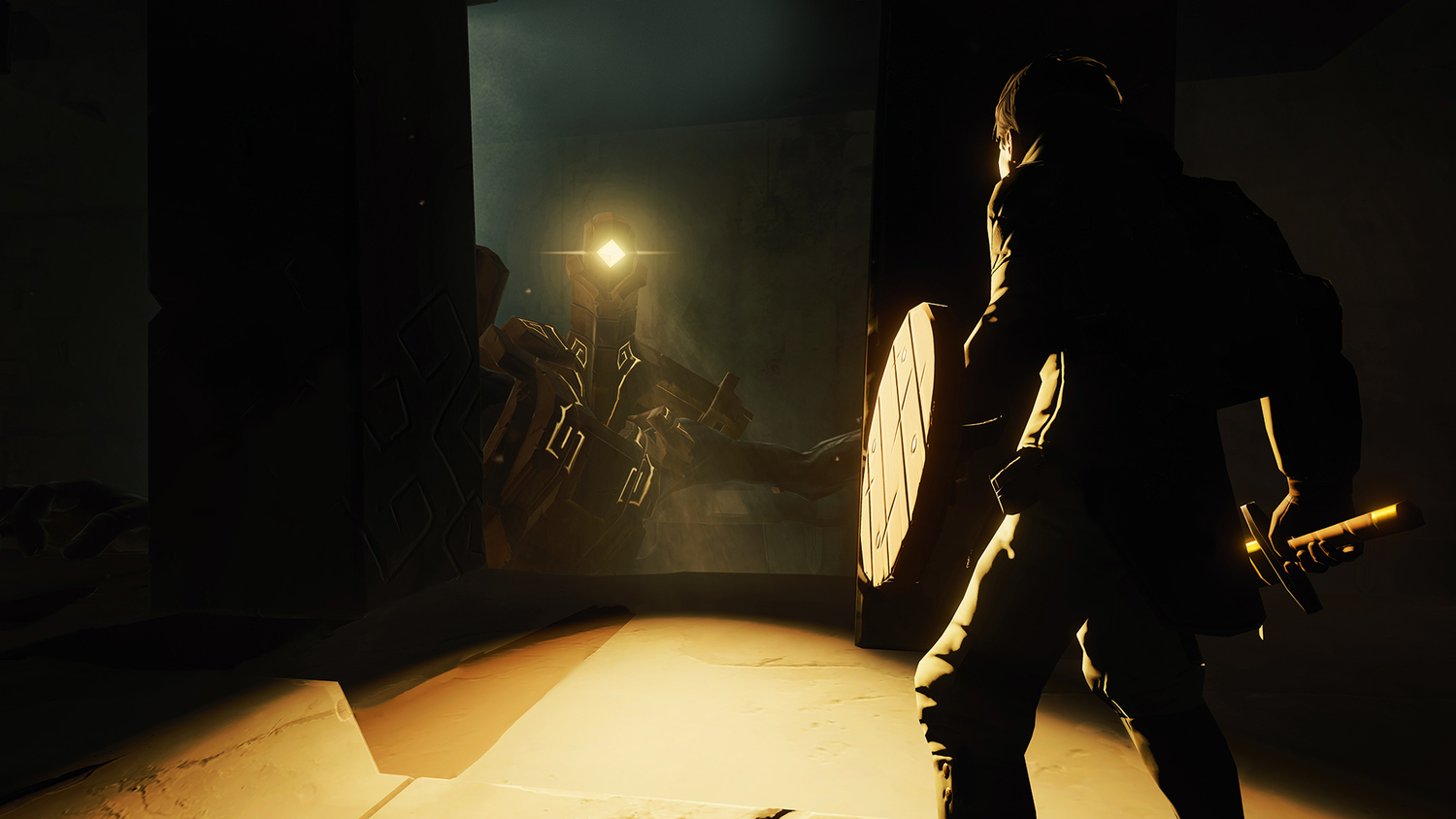 I remember seeing this game in the Oculus store the very first day I booted up my headset.  I was prioritizing a list of games I wanted to review and honestly, this was pretty far down that list.  I just didn’t think a third-person adventure had any place in VR, but after playing Edge of Nowhere and now this, I’m starting to think VR can make anything better if it’s handled properly.  Not everything has to be from a player perspective and creating miniature worlds and allowing me to play in them is a fantastic use of the tech.

Chronos is by far one of my top five Oculus Rift games currently in my library of about 60.  It is one of the first titles I show off when somebody wants to demo the Rift, since it seems to be the easiest transition from conventional gaming into VR.  The controls are excellent and the graphics combine with the music to create an immersive RPG right on pace with Elder Scrolls.  Even the voice acting was surprisingly outstanding.

If you own an Oculus Rift then you owe it to yourself to check out Chronos.  It is one of a very few substantial AAA-quality games that offers the quality and quantity of gameplay we expect from our games yet seldom get in VR, and a game you will revisit time and time again. 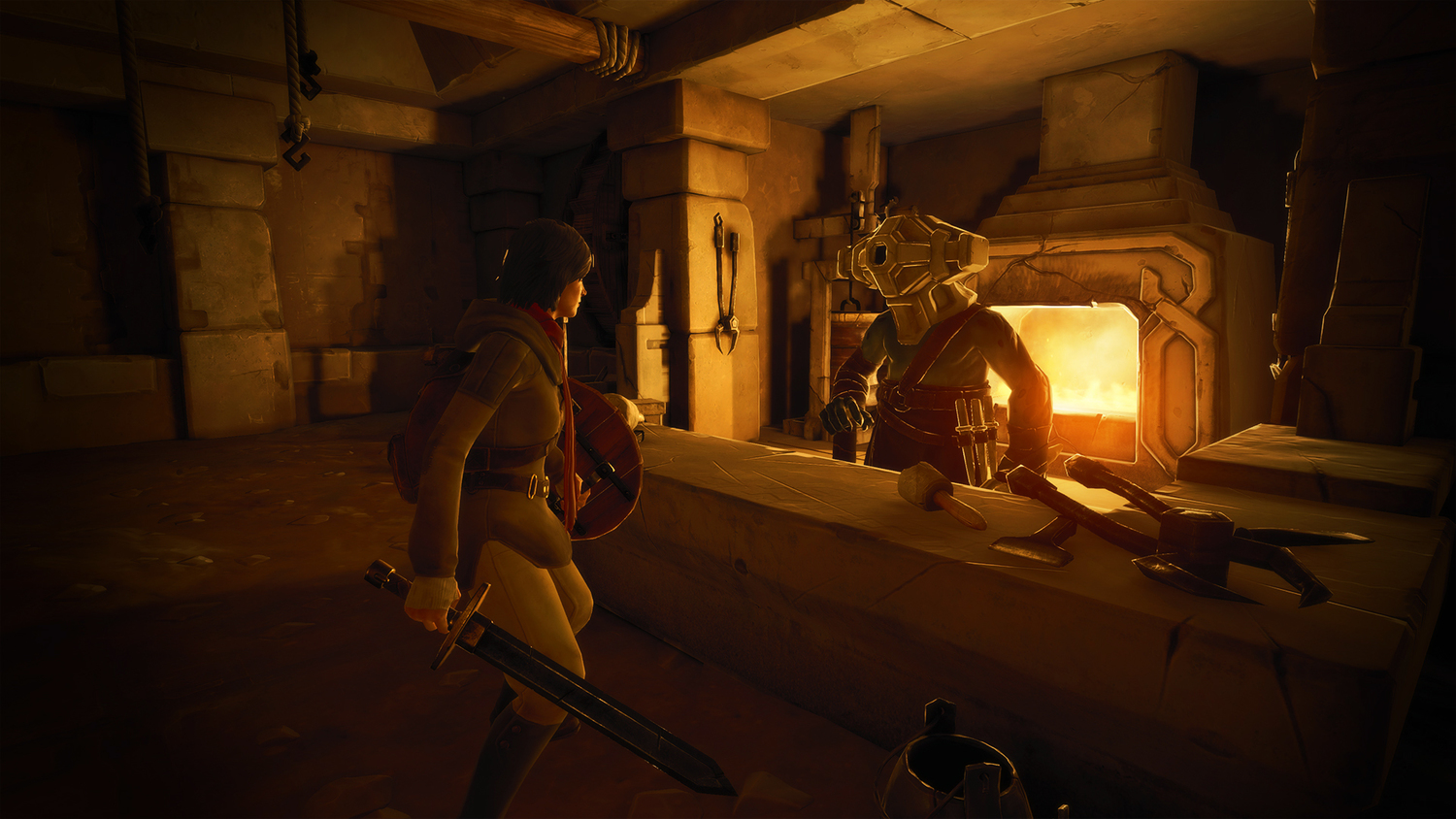 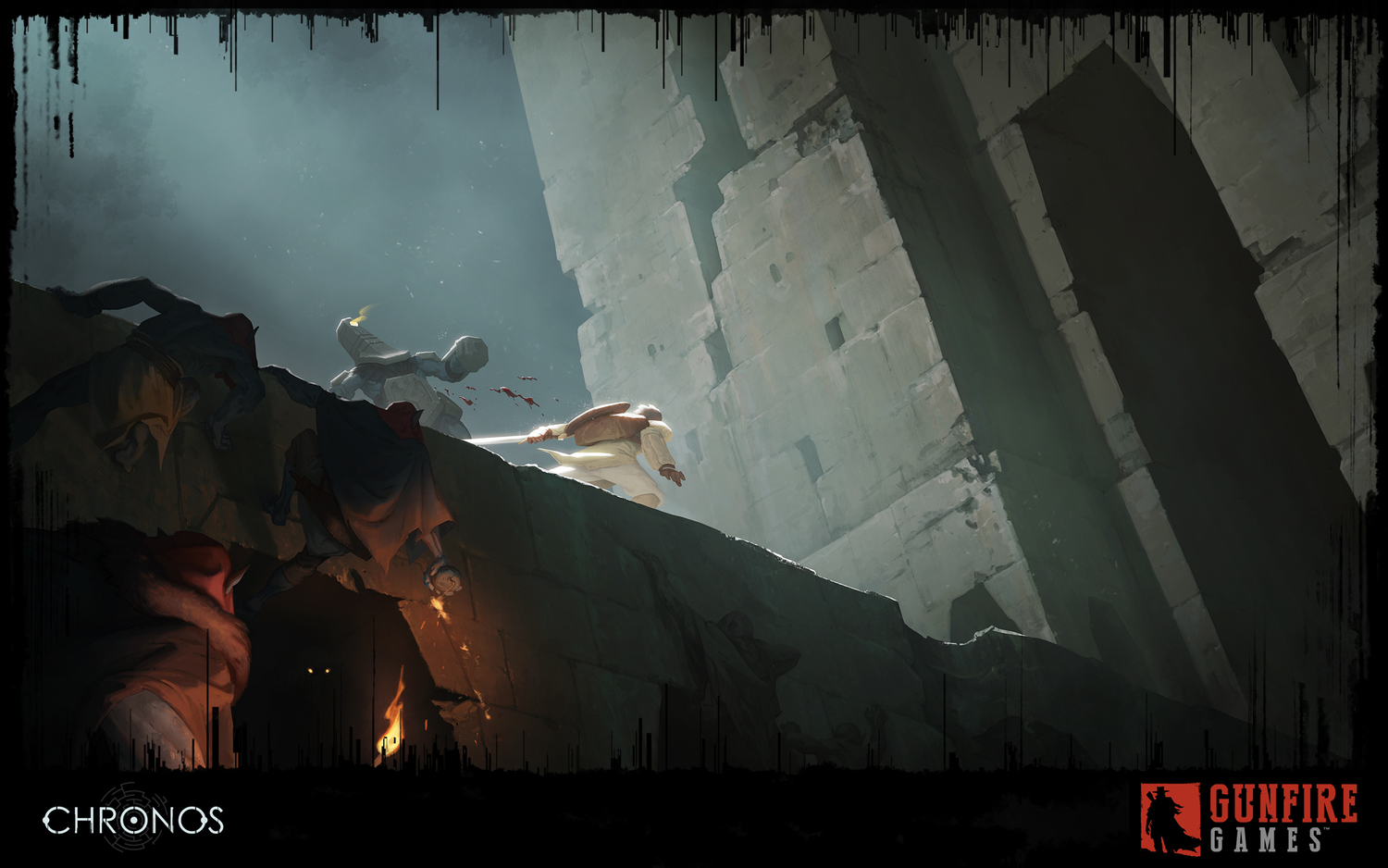 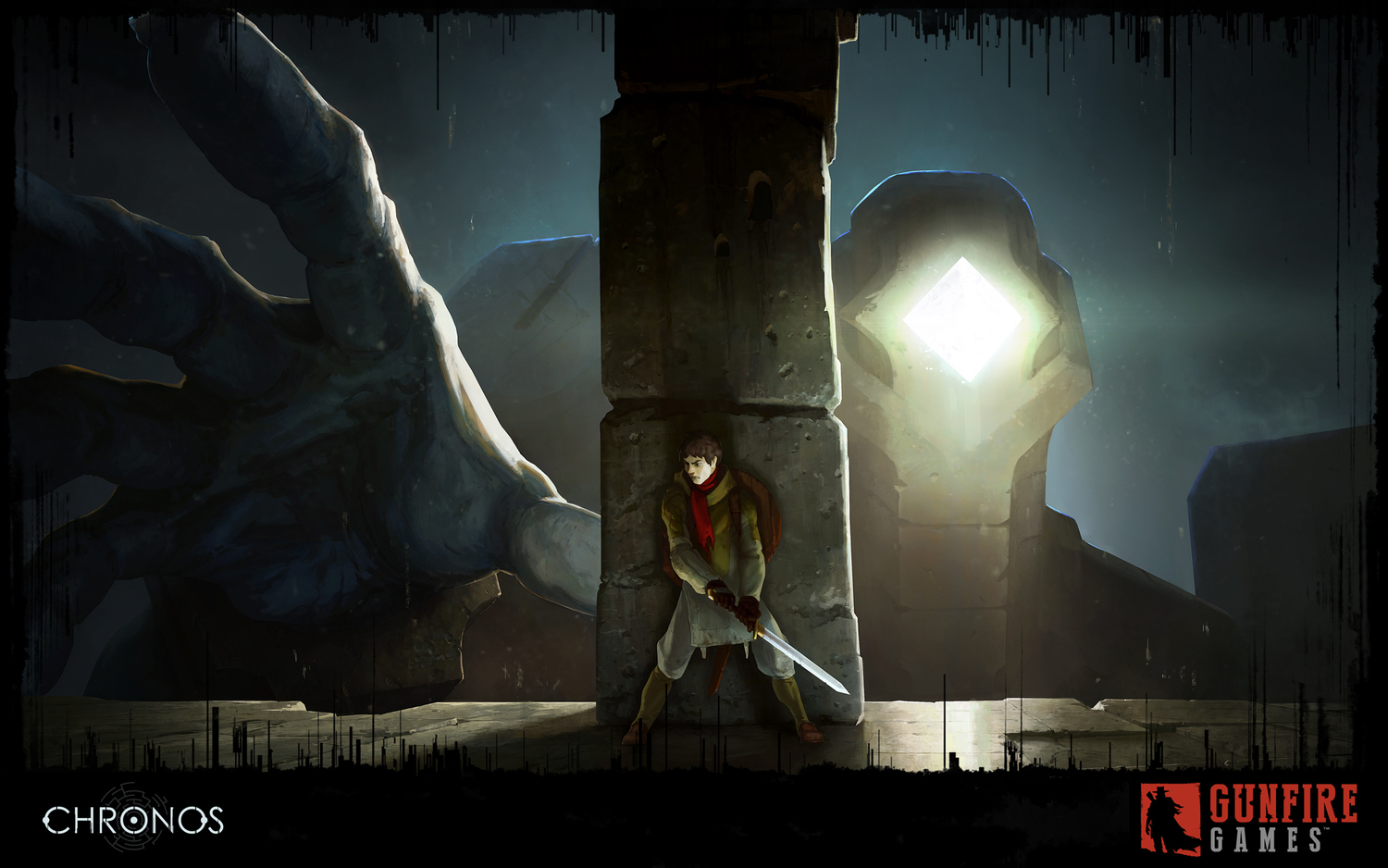