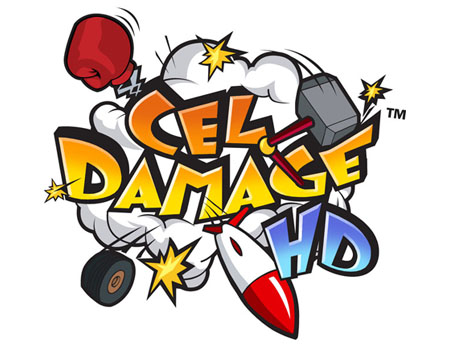 Mindless car combat fun with quirky cartoon designs, I love chasing flags that run away, 3 games for the low price of 1

Lack of game modes and tracks hurt the longevity and replay value, not much fun if you are playing alone

More like a coat of wax than an HD repaint but tremendous fun for as long as it lasts.

Add one more game to the list of HD remakes that probably didn’t need to get made but that I’m secretly glad it did. The original car combat game from 2001 has returned and no I am not talking about Twisted Metal.  Cel Damage HD puts a fresh coat of paint on a 13-year old game designed around wacky animated characters and their crazy cars, but no matter how many aftermarket parts you put on these cars they still qualify for antique license plates.

While Cel Damage HD does offer a single-player experience make no mistake that this is a multiplayer game designed for 2-4 players and split-screen gaming.  Don’t worry Mario Kart – you are safe.   Choose from three game modes; Smack Attack, Gate Relay, and Flag Rally, or in more conventional terms, deathmatch, racing, and a capture the flag.   While modes may be limited the rest of the content is bursting at the seams with 10 unique characters and cars, 30+ wacky weapons, and 13 arenas waiting to be explored once you unlock them. 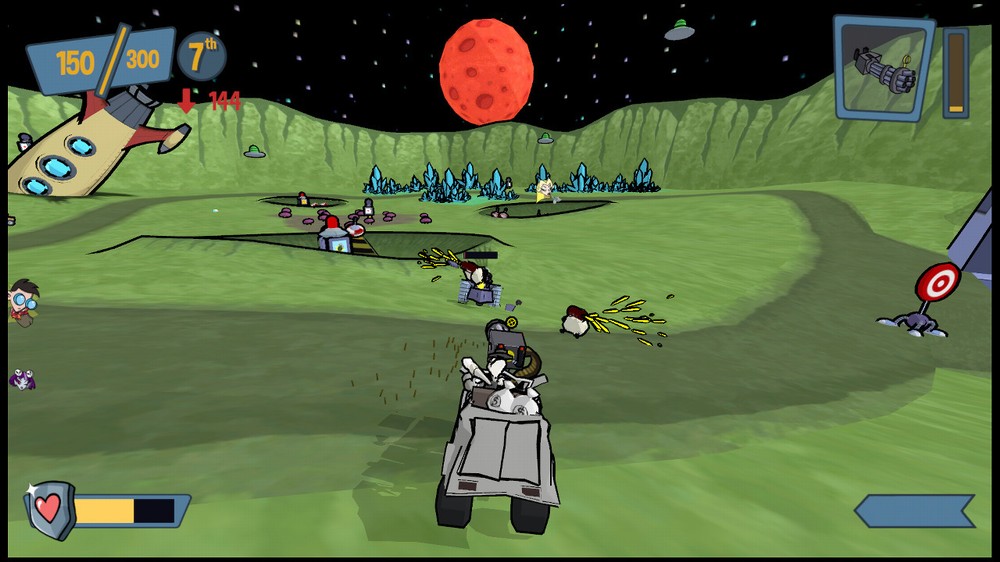 Smack Attack is great fun as all the cars are racing around arena-style environments smashing into crates finding their next new weapon and trying to destroy the competition, or at least whacking them a certain number of times required to win the match.  Gate Relay has you racing through sequential checkpoints as well as collecting various weapons and power-ups in order to survive and hopefully win the race.  Flag Rally is one of my favorites and has you racing around collecting flags and returning them to your home base.  The trick here is that the flags have legs and are running around the arena like brooms from Mickey Mouse’s Fantasia, making them hard to catch, and while you can carry more than one flag at a time, if you get hit by another car they can steal your flags.  It’s pure cartoon insanity.

Despite the HD remake the game is still showing its age.  The cel shaded visuals definitely look better than I remember from 2001 with greater detail and richer colors, and there are great cutscenes and intros with a fun voice announcer personality to make the game seem like a sporting event.   The real treat are the short (less than a minute) movies you can unlock that reveal a bit more of each racer’s history. 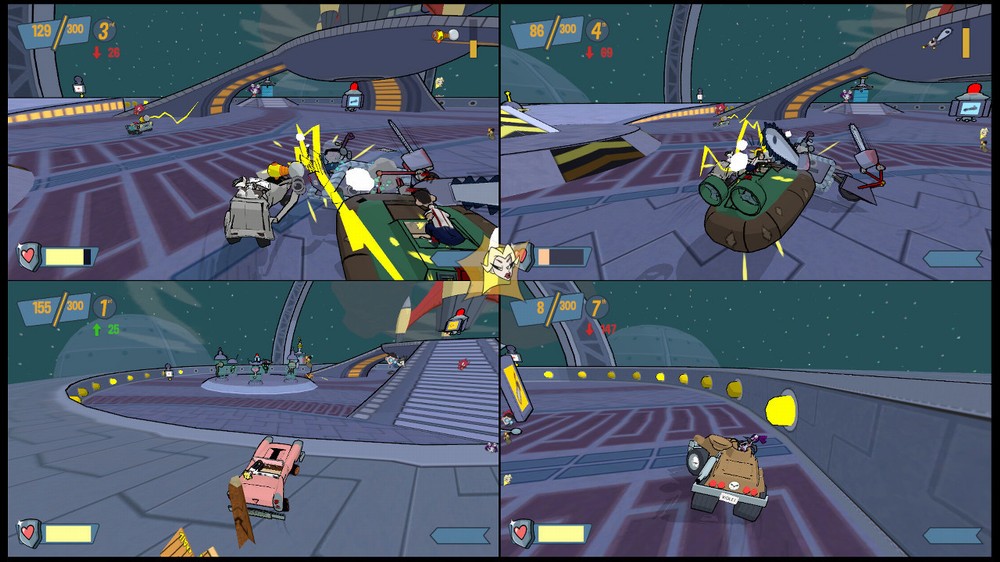 While the game may appear to be rich in content it comes up lacking in game modes and track variety and you will have seen and done everything there is to do in a single game session.  That doesn’t mean you won’t break the game out at parties – at least until something better comes out, which won’t be long.  The biggest thing Cel Damage HD has going for it is convenience in that a single purchase gets you copies for PS3, PS4, and Vita and there is cross-save so you can continue your console progress on your portable system.

I barely remember playing the original, but Cel Damage HD did spark a few memories of a decade of gaming washed away by two new generations of video games.  It might not be the most original game in the PlayStation Store, but what other $10 game gets you a copy on three systems, and there is certainly enough engaging combat racing to fuel, or at least supplement a few lively game night parties – at least until Mario Kart 8 dominates the party racing genre. 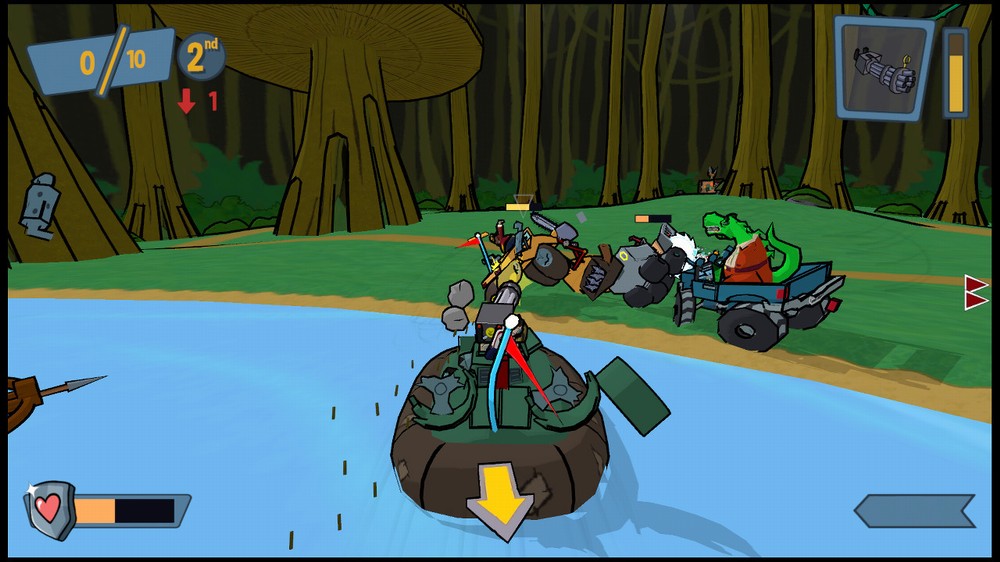 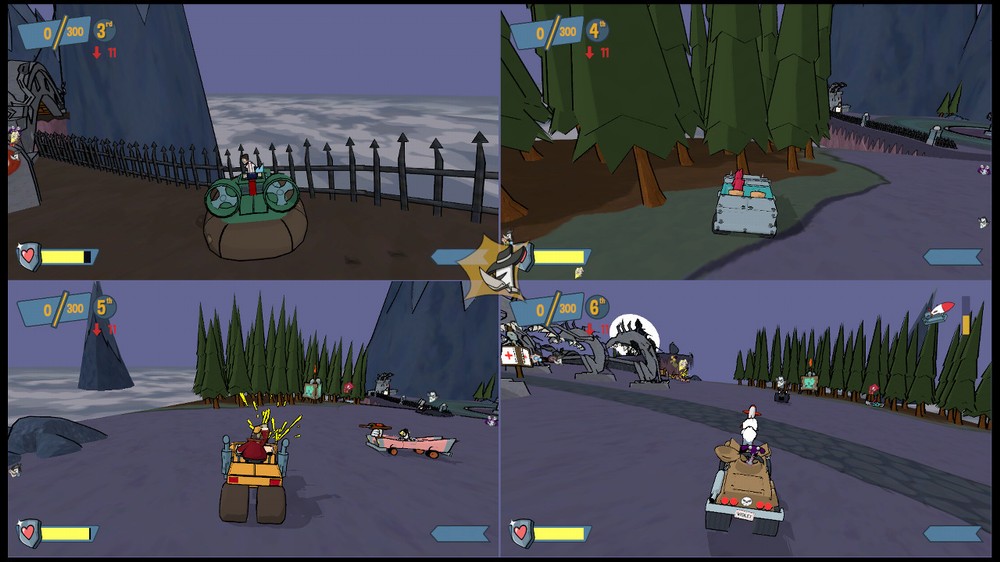 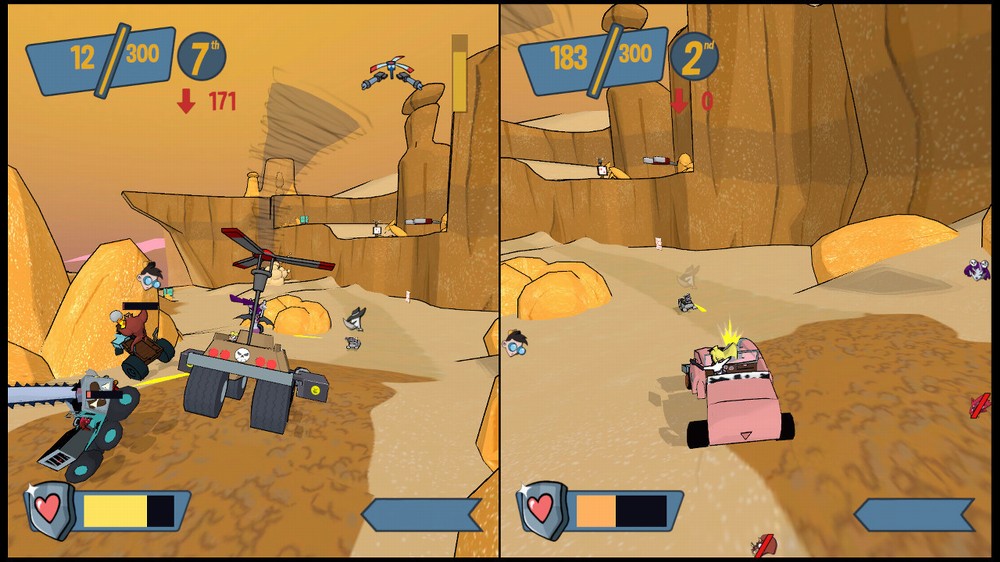 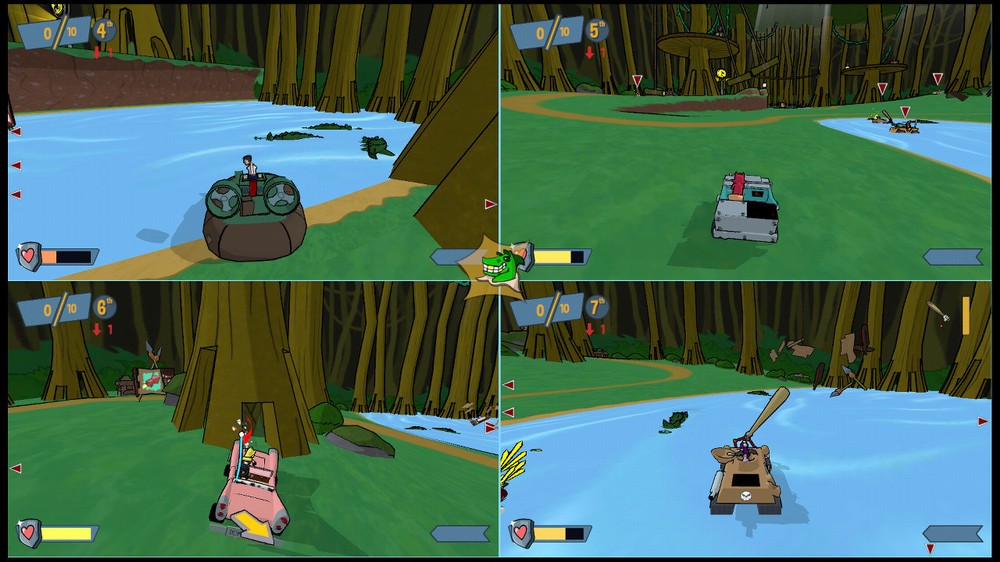 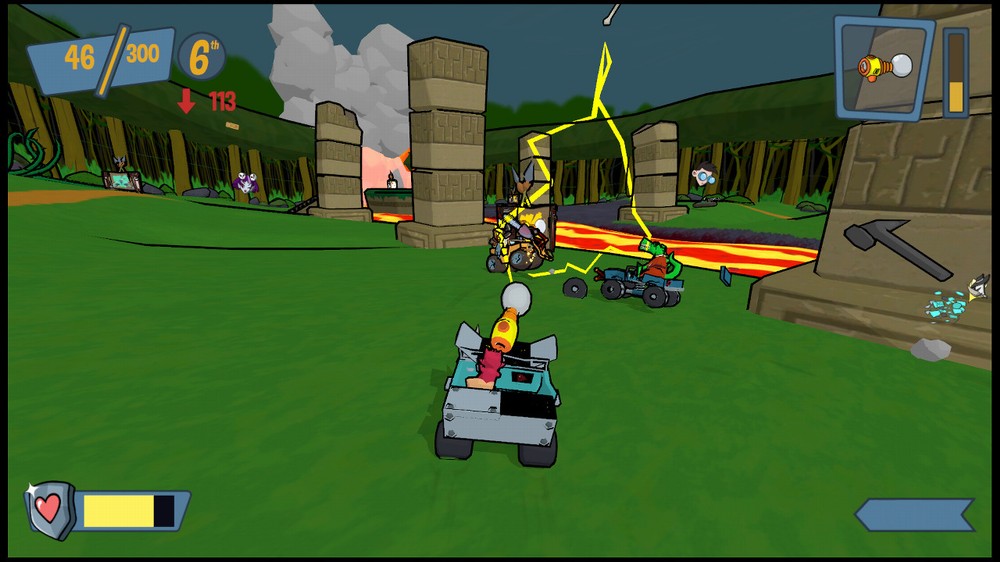 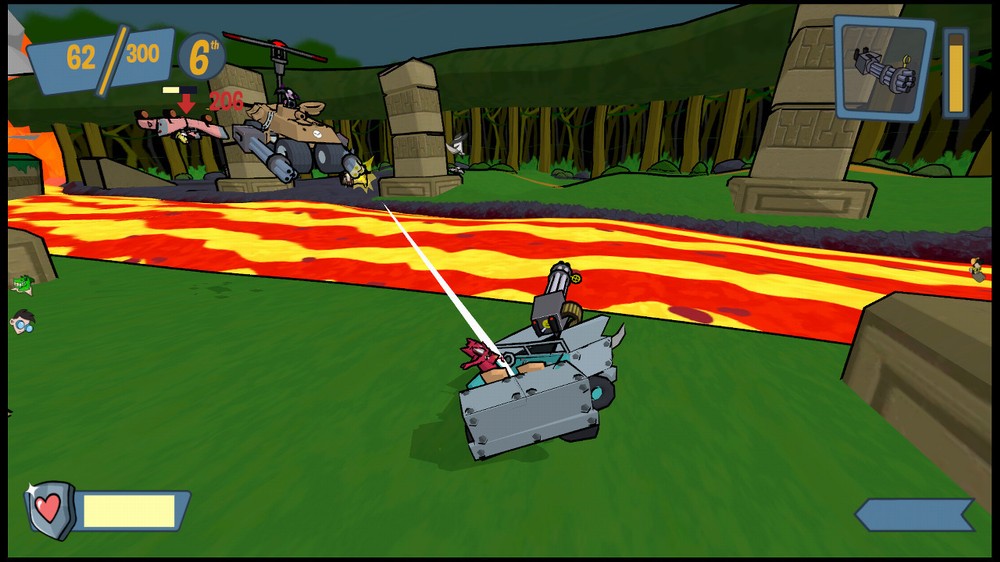 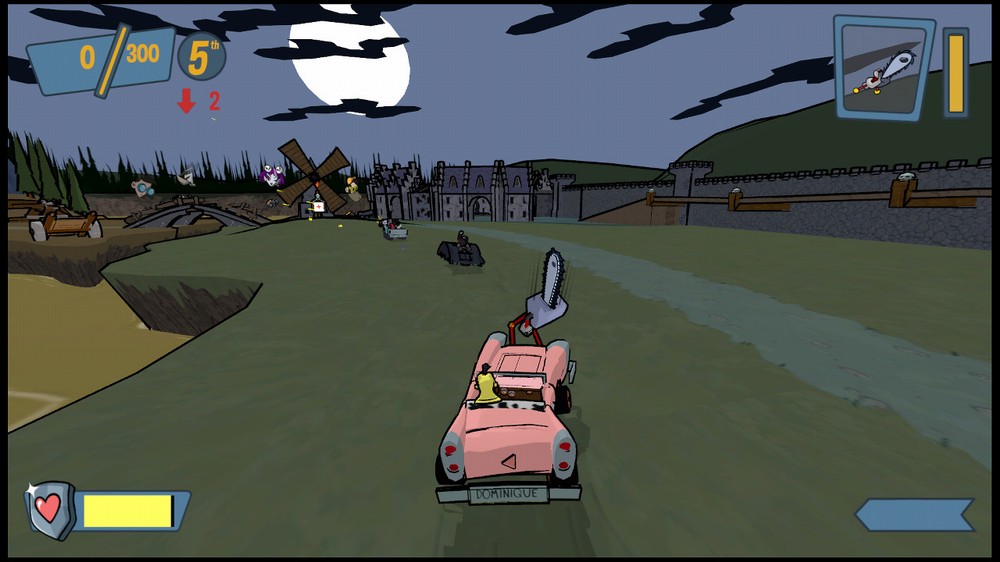 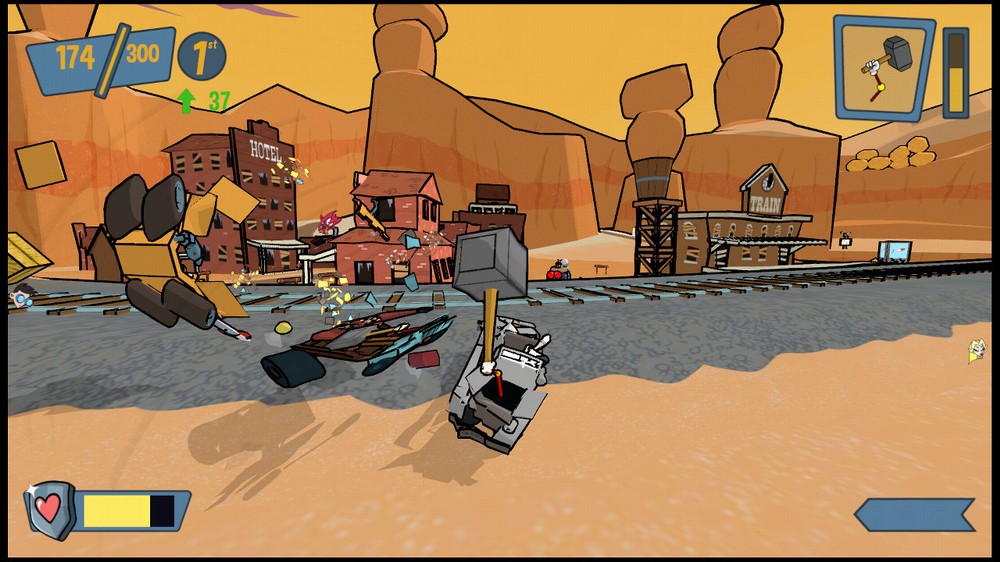