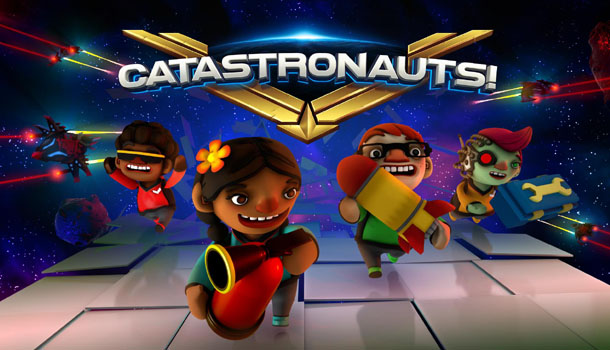 - Complex levels
- Not for single players

Hours of fun for family and friends

Are you ready to party in space?  Catastronatus hopes so with their new couch co-op party game.  You are known as a Space Cadet who has just completed training, which consisted of fighting fires, fixing the broken ship to keep it going and finally repairing the control system.  During your graduation award ceremony your Sargent started to hand out your medals just before a heavy armored ship and a fleet, beamed your Sargent up to their headquarters. A mean and nasty looking alien let loose his minions on Earth and has threatened your safety with war. Your duty as a Cadet is to repel the alien hordes and take back what was so meaninglessly taken.

This is a couch co-op game that really wants you to play with at least two players. You don’t really have a say-so in this area either. If you launch the game with the one character you’ll soon find out when you spawn in the game a second character appears, yours and another character that you can control by switching back and forth by pressing LB. Having that knowledge, you will also need to know how to pick up items and also how to fix various things on the ship.  The A button is how you pick up either a fire extinguisher or tool boxes, X is how you complete the action while near or hovering over the dangerous area. 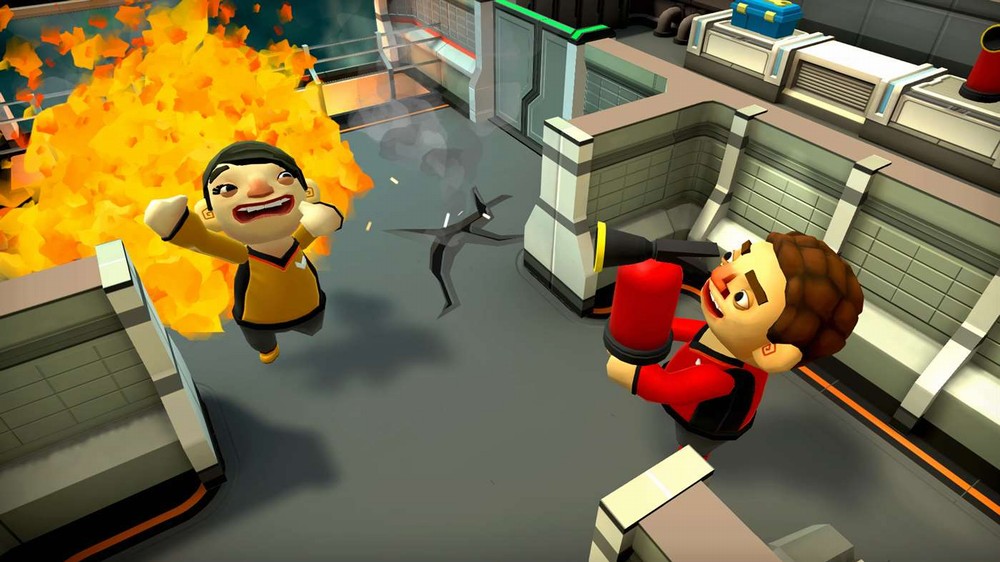 While all this is happening you also have to shoot the enemy ship that is firing back at yours. From the enemy fire you will obtain damage that will put cracks on the floor of your space craft, fires all over the deck and even the chance of losing your only weapons, your guns. As a Cadet, you must learn how to do all of this in a timely manner; mastering speed is critical. You may have three fires going at once, two cracks on your floor and your gun, the only source of offense, slowly taking damage. The choice of which problem to take care of first is totally up to you, but if you do not do an excellent job with fixing everything, you’ll soon find yourself with the words, GAME OVER on your screen.

I solo played a lot of these levels by myself and let me tell you, this may look like a child’s game, but it is far from that. Two characters to control, three guns and multiple damaged areas will take its toll fast. Speed and efficiency are your friend as well as having a few other friends join in to take control of other characters.  As you go further in your adventure new damages will appear and they will be harder to fix, and new techniques are required in order for you to be able to use the tools at your disposal. 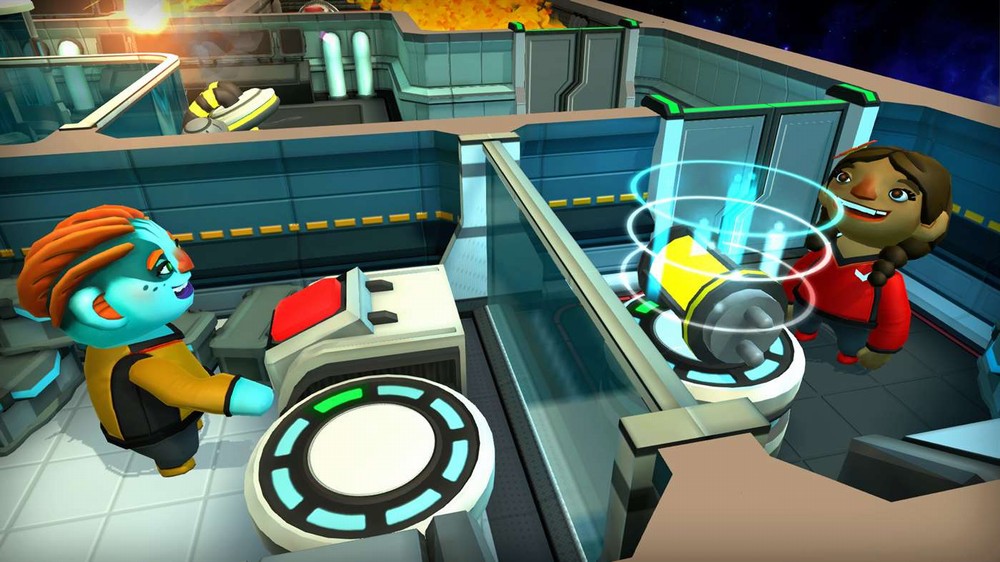 So, this level that I just completed was a mess! I had two separate sides of the ship and I could not run back and forth like I could with previous levels. If my character on the right side wanted to use the tool to fix things up, I had to take the toolbox to a transporter, press X and it would teleport to him. The same goes with the fire extinguisher, though with the extinguisher there was only one. That meant I had to run and put out a fire while the other side shot and fixed things, so when the left side caught fire I had to quickly run to the teleporter, put the item on and press send. All that takes time and you then pick it up with the other character while I put the fire out on that side. Alongside all of that my guns kept getting destroyed. To say the least, that was very difficult.

Catastronauts doesn’t have much of a story, so you will not encounter a lot of cutscenes.  You’re mostly just playing levels after level of increasingly difficult damage control situations. I would not recommend soloing this all by yourself.  It can be done but sooner or later you will need help.  The game was clearly intended as a party game for up to four Cadets playing locally or online and I can recommend this for a family night or playing with friends online or at home.  Inertia Game Studios has created a game that will generate hours of fun for family and friends.  This is frantic couch co-op at its finest. 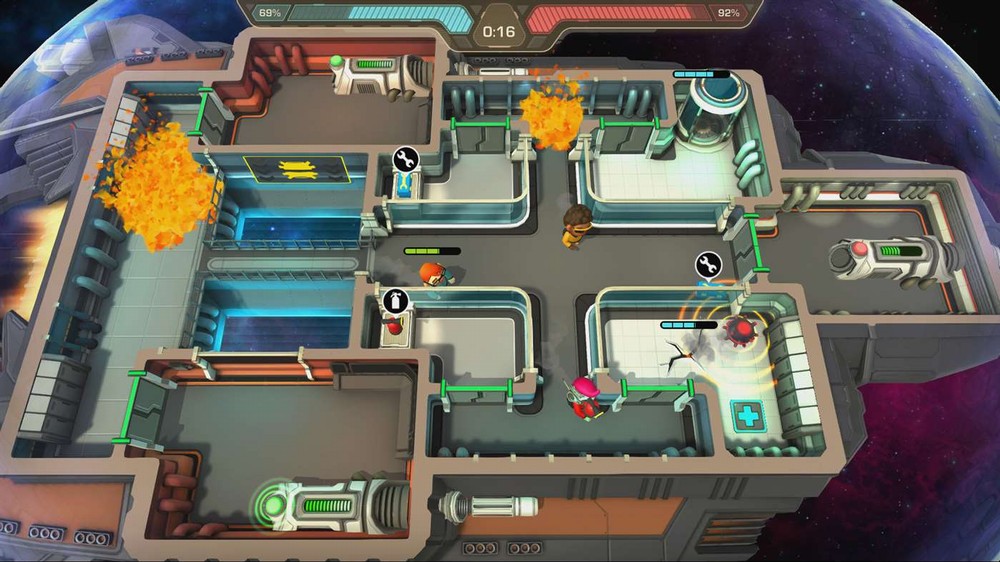 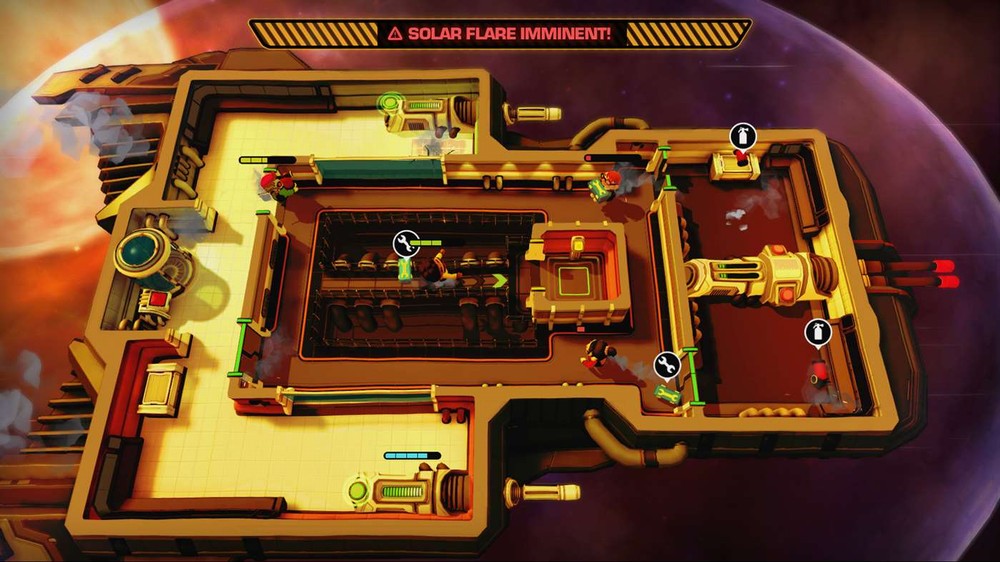 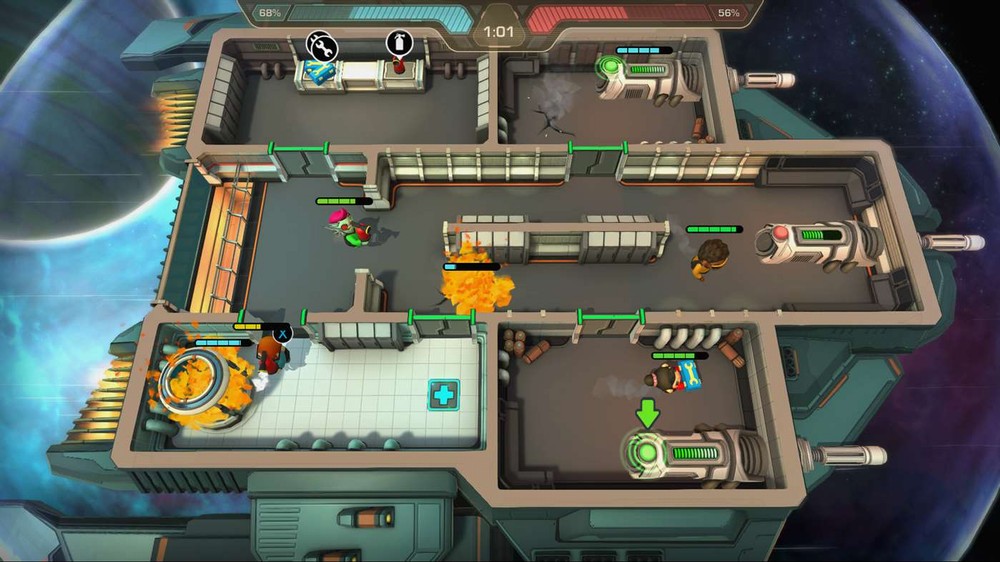 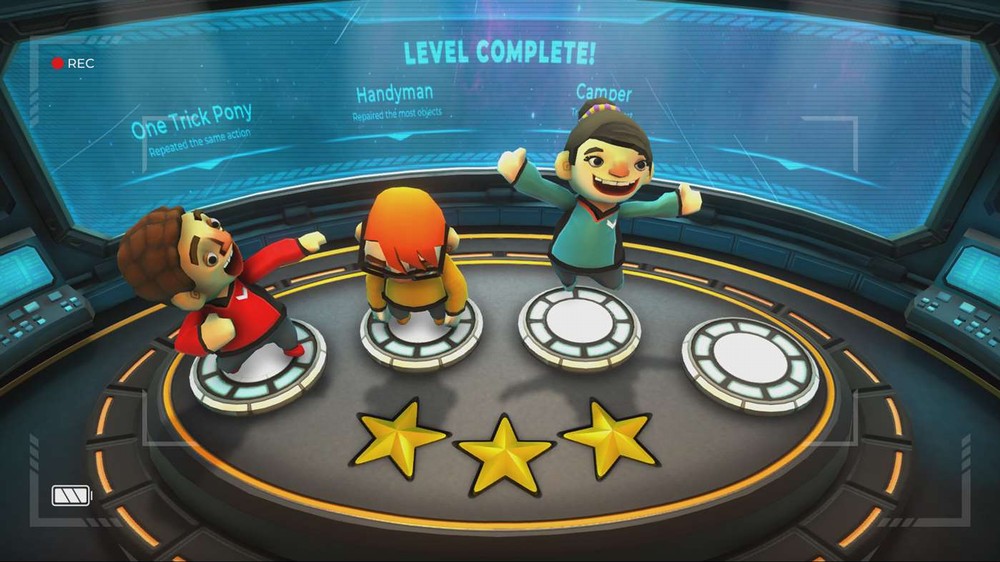