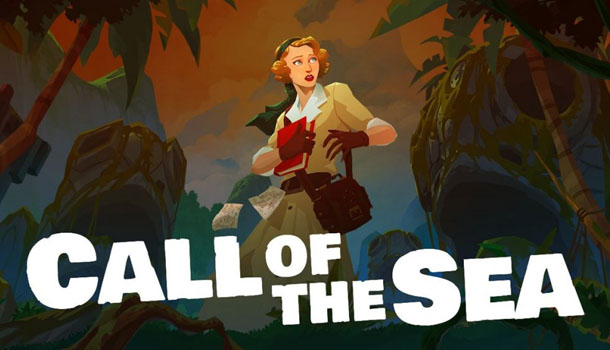 Brisk narrative mixed with thoughtful puzzles designed to be savored.

The South Pacific is an inherently mysterious section of the world, even with all of our advances in geographical technologies. It’s been a common setting for mysterious and supernatural stories for decades, and so it fits perfectly with Call of the Sea, a recent release on the Xbox family from Spanish developer Out of the Blue Games. Set in 1934, Call of the Sea puts you in the shoes of Norah Everhart who is looking for her missing husband Harry. Harry Everhart set out on an expedition to the South Pacific in an attempt to find a cure for Norah’s mysterious illness and it’s up to Norah and the player to find out where he went and why.

It would be easy to label Call of the Sea as a walking simulator as it possesses a number of similarities what that particular type of game, but in truth it is a puzzle game at its core. The narrative is broken into six chapters, each of which is focused around a certain hub area of the island that Nora finds herself on and each of which revolves around a central puzzle. There are often smaller mysteries to solve in each chapter, some of which serve as clues to the larger task or as puzzle pieces themselves, but the most impressive fact is that each of these feels like they serve a purpose. There aren’t really any puzzles for the sake of puzzles: each task that you undertake feels like it either drives the story forward or gives background to either the island, its inhabitants or the party that Harry travelled with. 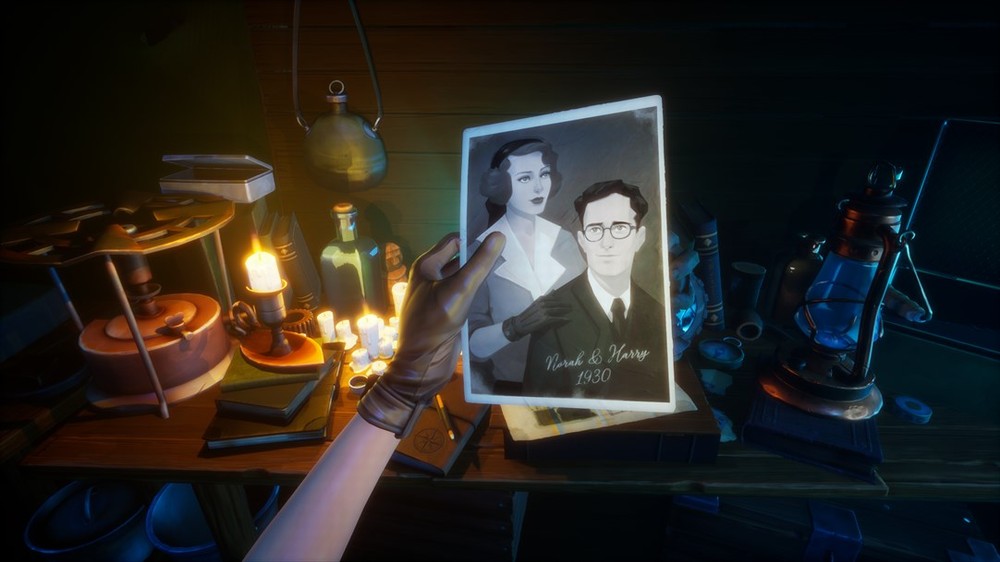 I don’t want to get too far into the details of the story as, with Call of the Sea being a relatively short game, the narrative pacing ramps up pretty quickly and revelations begin to come thick and fast as soon as the second or third chapter. With this chapter structure, though, and with the fact that each chapter takes place in a different area of the island, I found that Call of the Sea was a perfect example of a game that I could take my time with. I broke the game down into playing a chapter each night of the week, and while I’d say that the full experience probably lasted me between five and six hours, this artificial pacing helped with both the delivery of the story and with allowing my brain to approach the switching of puzzle types between each chapter.

Call of the Sea manages the difficulty of its puzzles with a deft touch, and while there were a couple of moments about halfway through where I wasn’t sure what I was being asked to do, for the most part the difficulty curve struck a fine balance between offering up a challenge and giving you time to get up to speed with what was being asked of you. In a similar way to how the puzzles tie in with the world, the world ties in with the puzzles. Whenever I was stuck I always reminded myself that the answer was in front of me somewhere and I likely needed to look at a potential solution from a different angle. There weren’t any major leaps of logic that needed to be taken and furthermore, there weren’t any solutions that felt alien to the world of the game. Any objects needed felt like they would be at home on the island and any solution, once discerned, felt like a natural climax to the puzzle that it belonged to. 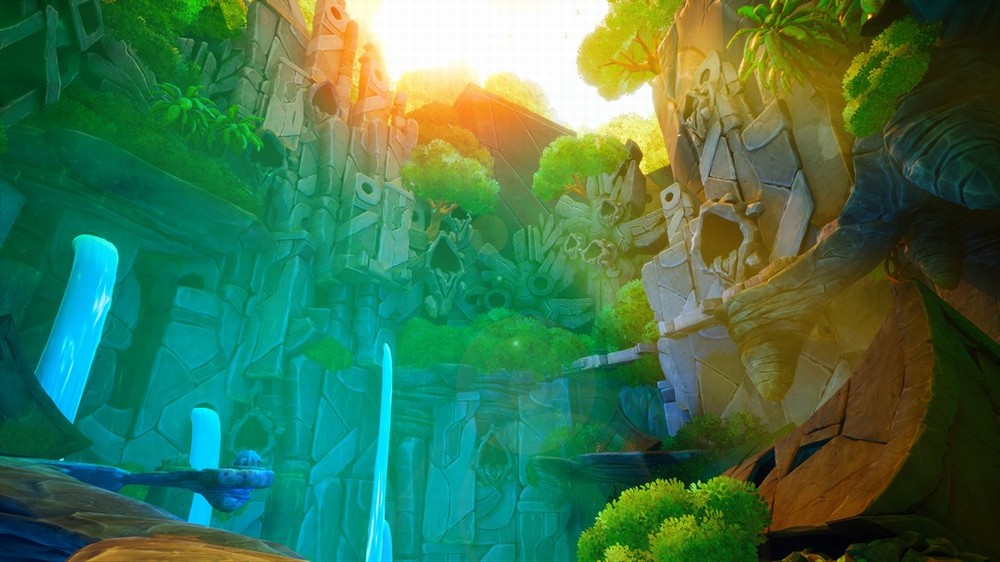 The changes in scenery between each chapter allow Out of the Blue games to display the range of their artistic and design abilities, and this comes with a stunning use of color at times. For reference, I played Call of the Sea on an Xbox Series X and while it wasn’t the most impressive game that I’ve played in terms of visual fidelity, the colors on show popped out of the screen, especially in some of the areas in jungles or on beaches. As you progress through the game the palate starts to become a little more muted, but this is balanced by some impressive design work that allows for otherwise strange landscapes to feel authentic and visually interesting. Throughout, Call of the Sea feels like a tangible world and this adds a general sense of realism to proceedings.

There are a couple of negatives to the experience however, and while these weren’t enough to take away from my enjoyment of the game too much, they came up enough that they stuck with me once the credits rolled. While a lot of the game’s story is delivered either environmentally or through audio/text logs, there’s a good chunk that is delivered in the form of monologue from Norah herself. While there are some interesting revelations delivered through this medium, a lot of the speech doesn’t feel natural either in writing or delivery and this can ruin the sense of immersion that Call of the Sea otherwise does such a great job of establishing. Elsewhere, there is a lot of disparity between the words spoken by characters and the subtitles that appear on screen, both in terms of different words or phrases being used or entire sentences being structured differently. Again, this wasn’t enough to ruin the game for me, but it did feel a little bit like the pulling back of a curtain to reveal the artifice behind. 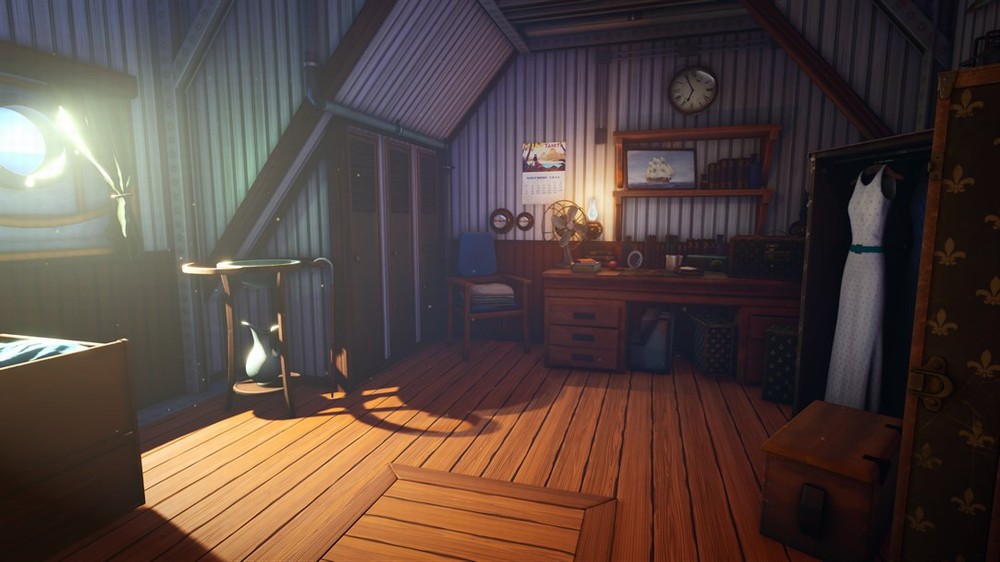 Despite these minor issues, I had a great time with Call of the Sea and each evening I was excited to get back to Norah’s journey and see what was in store for me in that session. The game is admittedly quite short and lacking in any real reason to replay through, unless you’re looking to hoover up any remaining story logs or earn further achievements, but in terms of narrative pacing I feel as though Out of the Blue Games balanced their narrative aspirations with the gameplay functionality pretty well. The strongest aspect of Call of the Sea, though, is the puzzle design by quite some distance. I’m happy to admit that I’m often too easily swayed to look up the solution to a tricky puzzle online, but Call of the Sea set out its stall with regards to this early and well enough that I had faith in the game to guide me to the solution as long as I was willing to work at it. It’s not so much that Call of the Sea is an easy experience (as it isn’t) but more the fact that Out of the Blue Games have enough confidence in both the player and the experience that they have designed to allow things to play themselves out naturally. 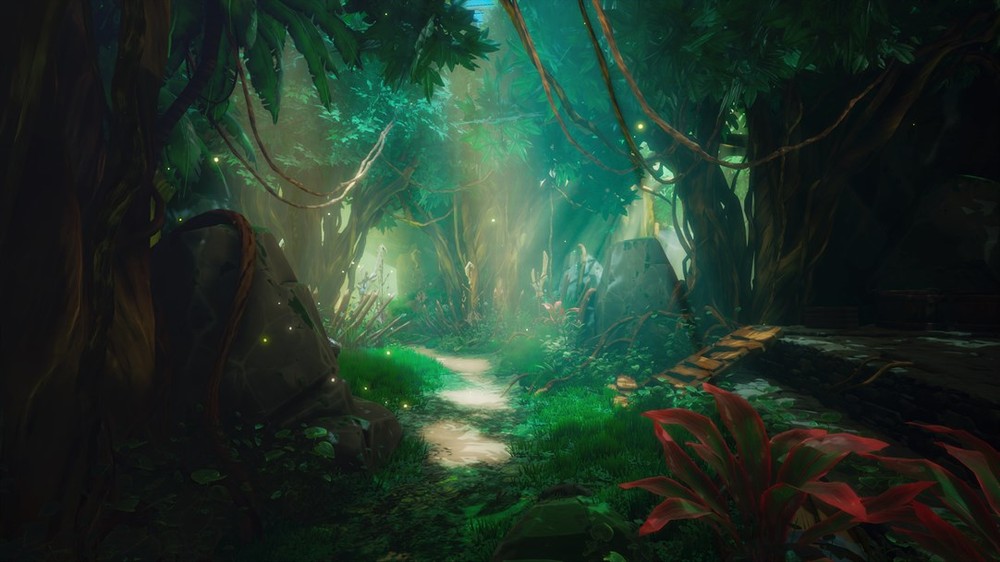 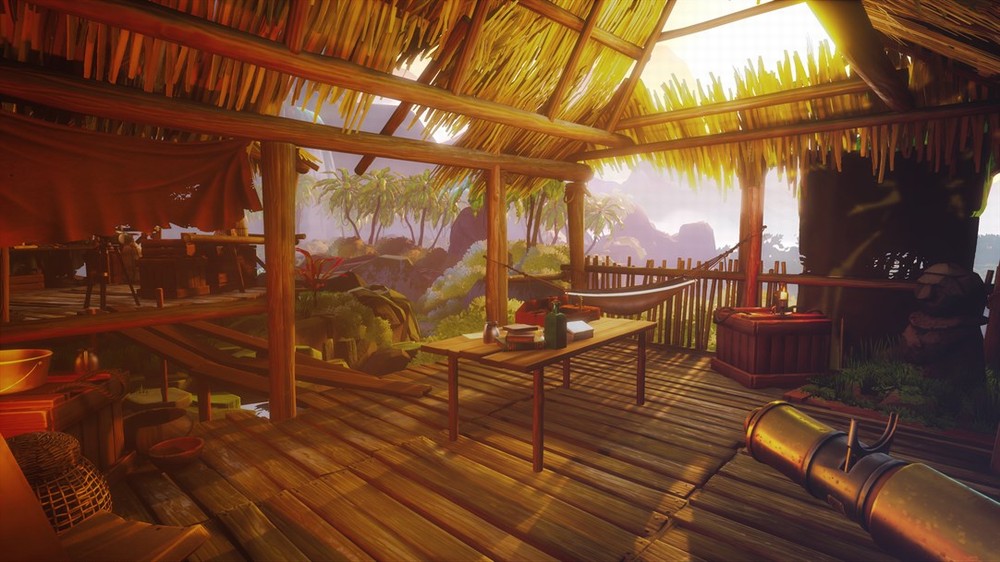 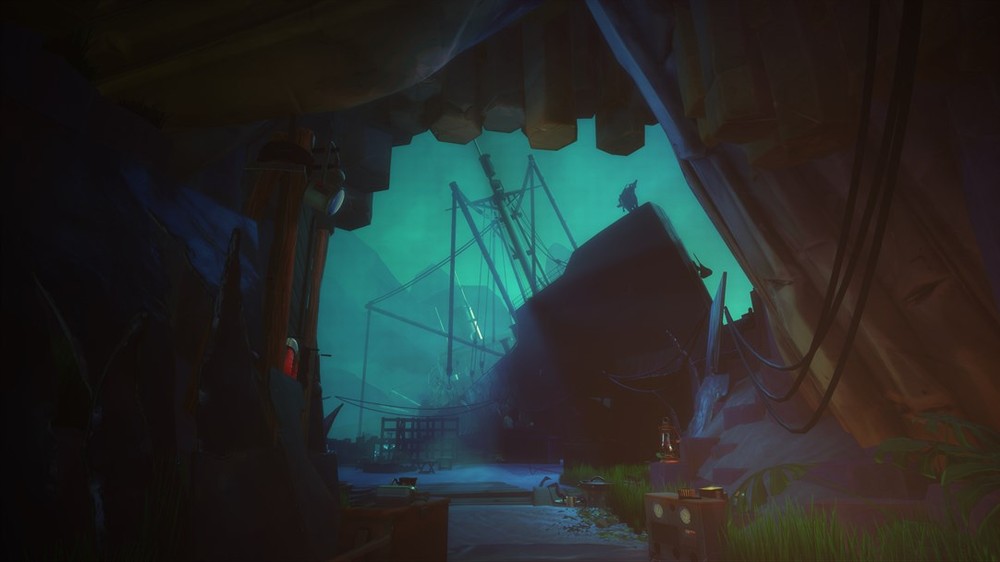 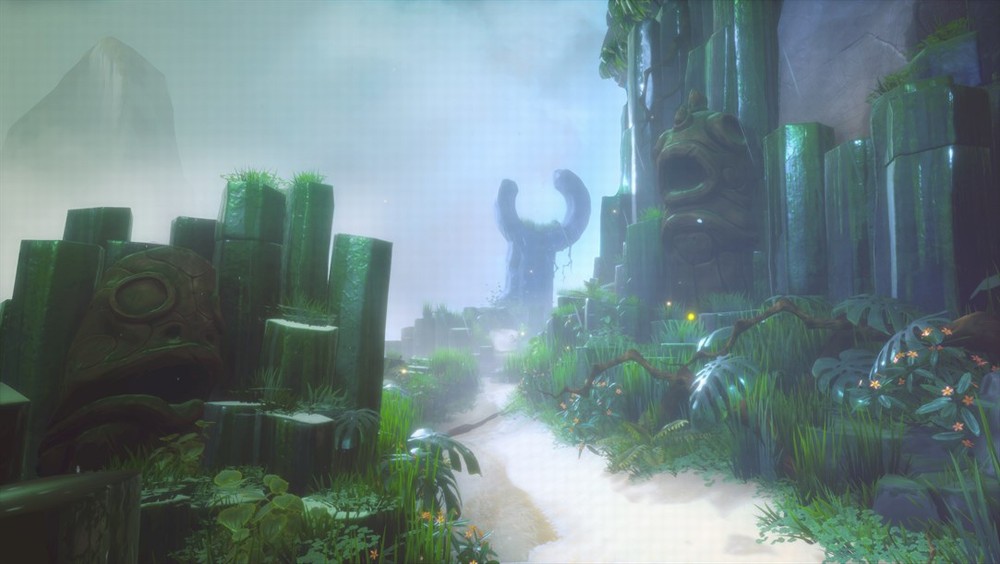 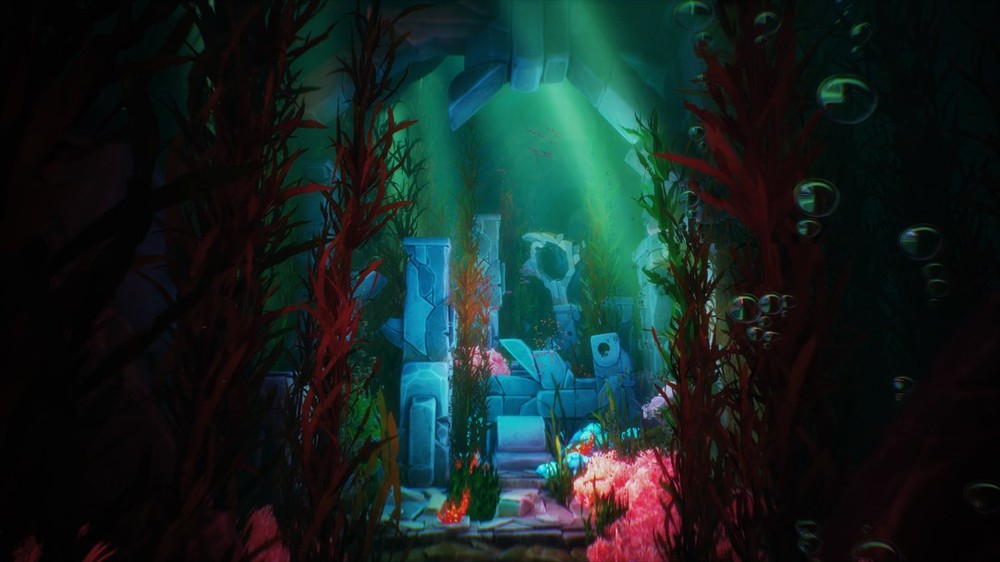