Gorgeous, one of a kind visual style; great writing delivered by all-star cast, no keyboard required

Game is short (even after Act 2 add-on), early puzzles are too easy while puzzles at the end are obscure and ridiculously hard, no replayability, second half of the game shamelessly recycles assets from the first half

Broken Age has gone from a promising rebirth of a genre to just another nail in its coffin.

Broken Age marks the triumphant return of Tim doing what he does best; adventure games, and even though the big-name publishers had no faith in resurrecting the adventure genre, Tim turned to the fans who generously donated (pre-paid) over $3.6 million dollars to the dream.  That dream is now a reality as the first act of Broken Age arrives on Steam this week – of course those who backed the project have already been playing the game, so this review is for the rest of you. 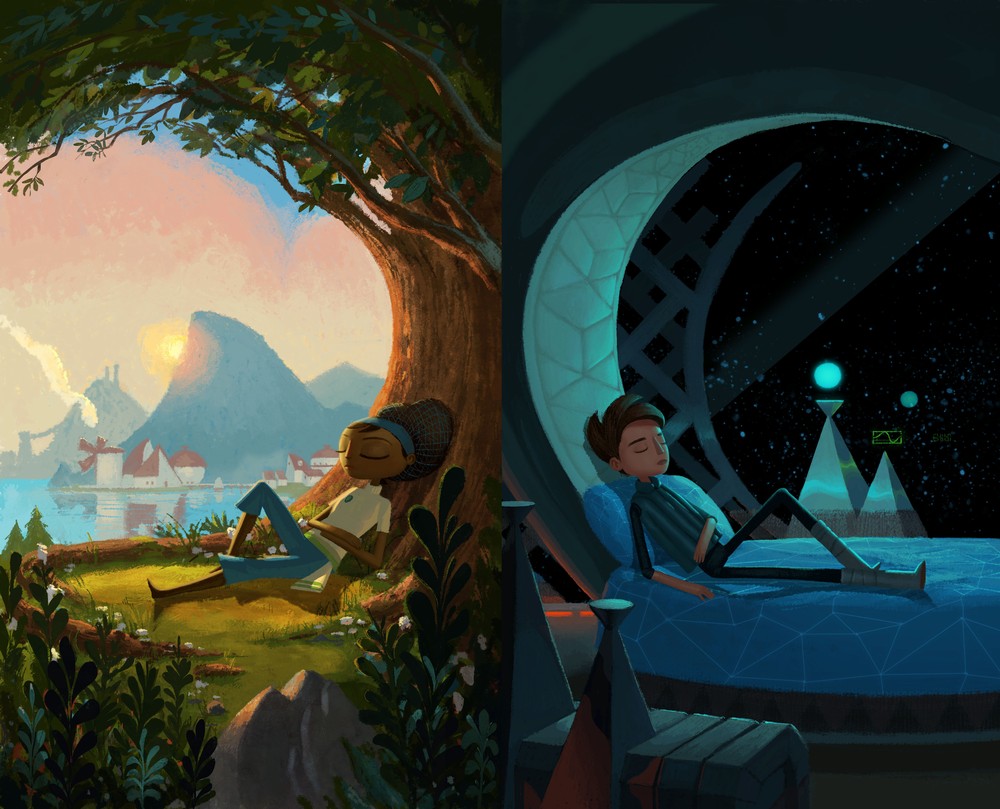 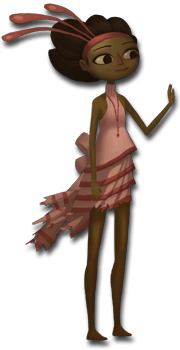 There is no controller support, but the game is completely playable with mouse only after you reassign a few keystrokes to mouse buttons (space bar = RMB), and I had no problem sitting back on the couch playing Broken Age with a wireless mouse.   You can access the pop-up inventory bar, which also gets you access to options and switching story arcs.  The inventory bar shows everything you have collected using large icons that can be clicked for a verbal description or dragged onto the screen onto any glowing hotspot.  Most items find their use not far from where you found them, and there really aren’t a lot of item crafting puzzles in the game.

My only real issue with Broken Age is that it ultimately comes off as a bit too easy, too short, and perhaps dumbed down to appeal to a lazier generation of adventure gamer – you know, the same people who are going to complain that they finished in four hours.   I remember (and so does Mr. Schafer) when adventure games required weeks to finish with calls to 900 hint lines and invisible-ink hint books.  The Internet has eliminated the need of supplementary hint tools, but that doesn’t mean gamers don’t enjoy a challenge and sadly, there is nothing remotely challenging about Broken Age.   You win by thoroughly clicking on everything, everyone, and every branch of the conversation tree until it’s over.   You’ll have a great time watching how it all unfolds, but so will anyone else in the room not playing, which means this game is going to quickly fall ruin to the Let’s Play video channels.

I had a great time with Broken Age.  It was a nice one-day diversion from my normal diet of FPS, action, and racing titles, and it was nice to see the final (or at least the first half) version of the game that put Kickstarter on the map.  I only hope Tim Schafer takes this opportunity to realize that there is a hungry audience waiting to consume adventure games…HIS adventure games, and that his next title steps up the challenge for more seasoned adventurers.  Meanwhile, I can’t wait for Act 2 to see where this is all going…

I just finished the second half of Tim Schafer’s adventure game, Broken Age; a game that launched last January and was finally finished 15 months later.  Given the extensive lead time on this final chapter I was shocked at just how “phoned in” Act 2 appeared to be.  Telltale Games makes us wait weeks or maybe a month between their installments, but here we’ve been waiting for over a year…a stretch of time so long I had completely forgotten about the game.  The only reason I even knew the second Act even existed was because I saw the game had updated in my Steam library.

Jumping into Act 2 we are quickly tossed into the shoes of Shay and Vella.  Stuff happens and Vella gets trapped inside Shay’s monster-ship and Shay is left standing on the beach in Vella’s world, and guess what?  That is the hook.  You are about to spend the next 2-4 hours rehashing the same rooms and the same levels, talking to the same people you did for the first 2-4 hours, only with the other character.  How original. 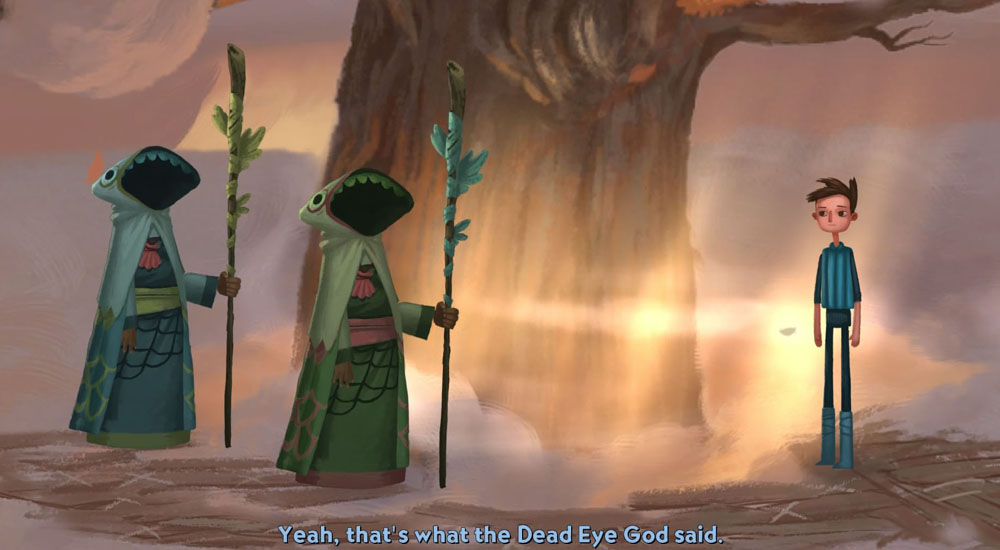 As before you can choose which character to play and when, but unlike the first half there are points in the story where you must now coordinate certain activities between Shay and Vella, and the game does a poor job of communicating this.  Equally frustrating are the puzzles.   Perhaps we are all to blame for this since we all complained how “easy” Act 1 was, but the puzzles in Act 2 are so “out there” that some walkthroughs even need walkthroughs.   Things start off simple enough, but by the end of the game when you are required to rewire this silly little robot multiple times you’ll be pulling out your hair and cursing the adventure game genre.

Act 2 is supposed to be the second half of the game introducing new characters and locations.  Sadly, there are only three (yes 3) new screens in the entire second act, and rather than introduce any new characters they simply bring Vella’s family over to Shellmound so they can interact with Shay.

I’m curious what Double Fine has been doing for a year.  It sure wasn’t coming up with any original ideas or generating new assets.  Considering they got exponentially more money than they asked for in their Kickstarter and took twelve times longer than any other episodic game studio to release part 2, Broken Age has gone from a promising rebirth of a genre to just another nail in its coffin.

We’ve changed our score from the original 4 to a 2.5 and recommend you don’t waste your money or your time on this game. 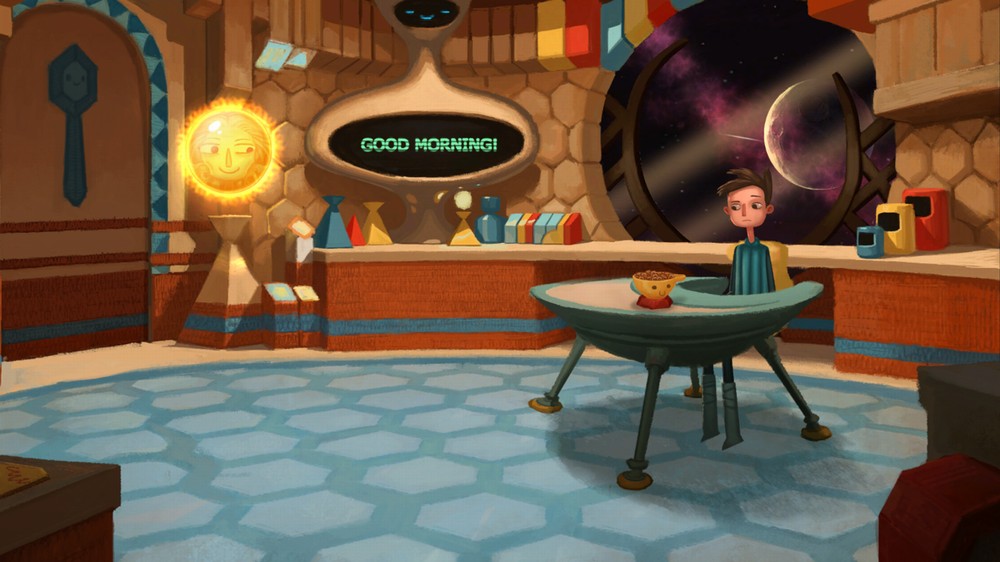 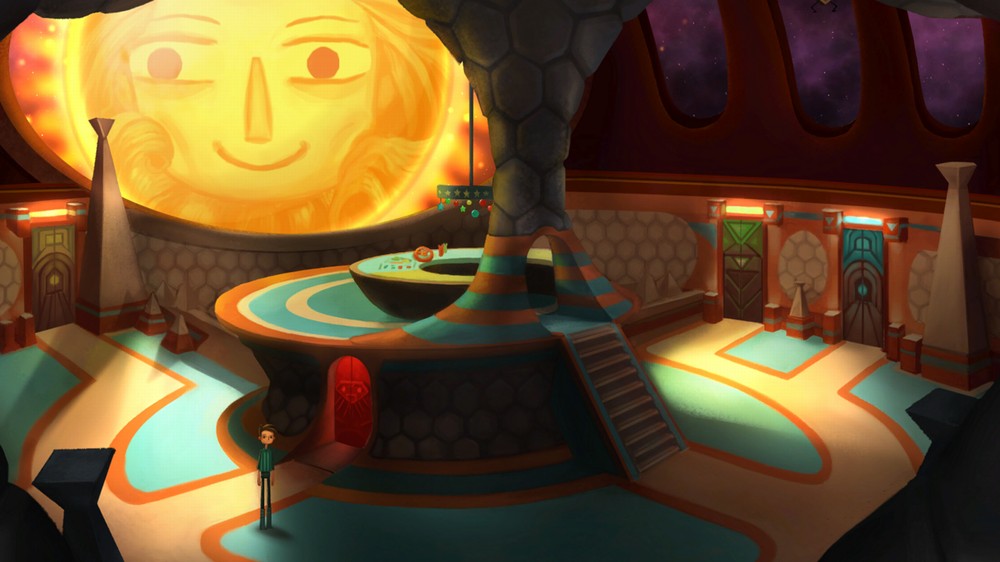 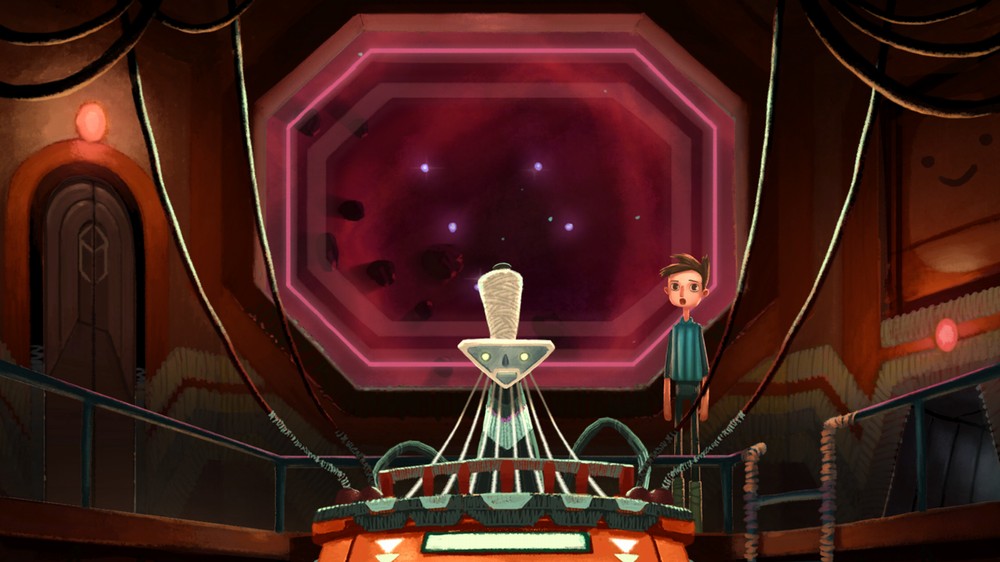 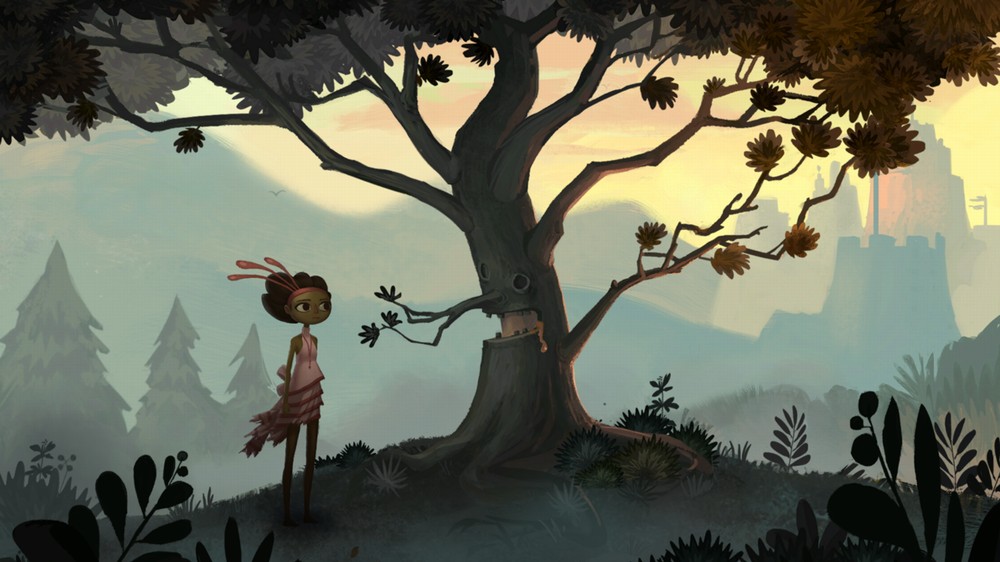 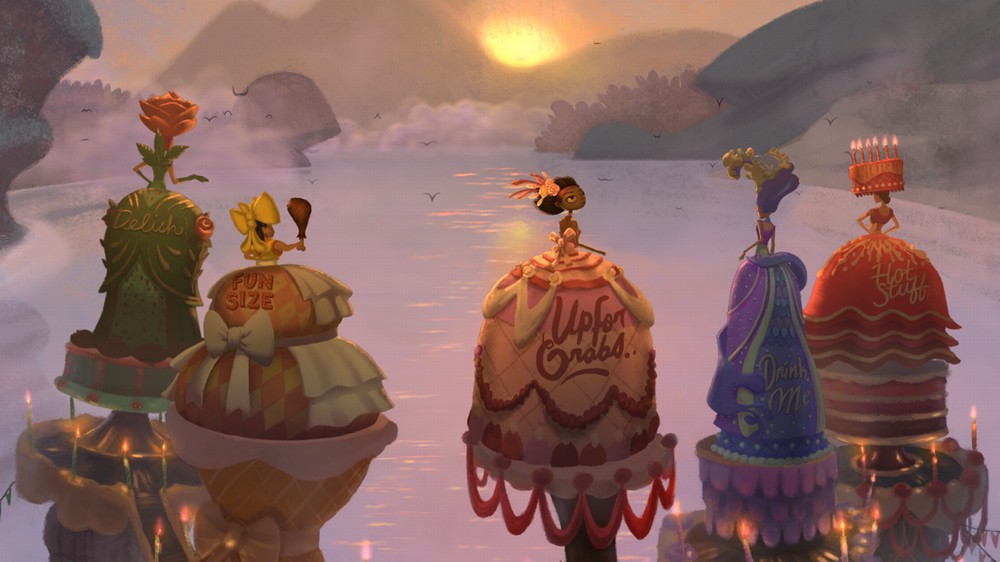 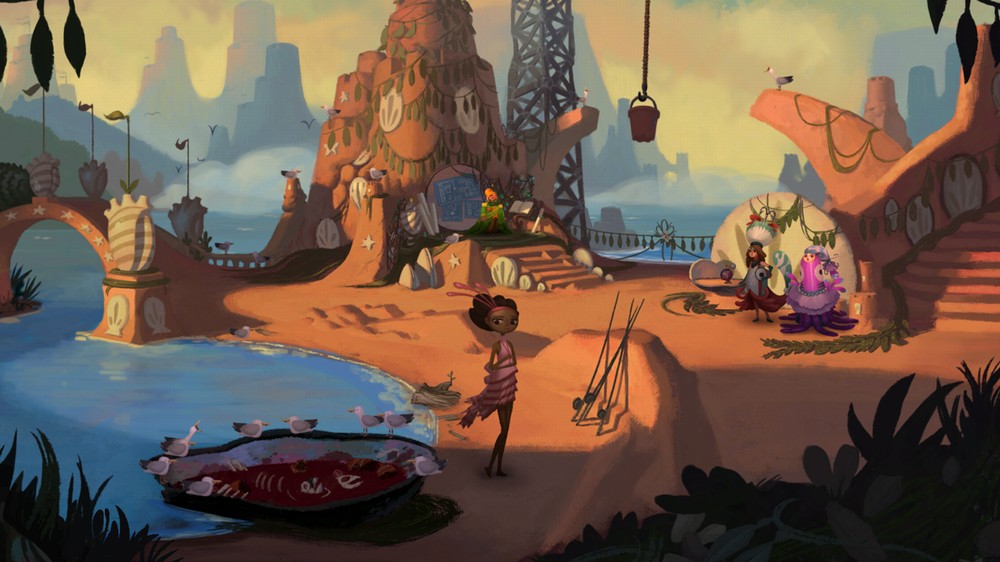