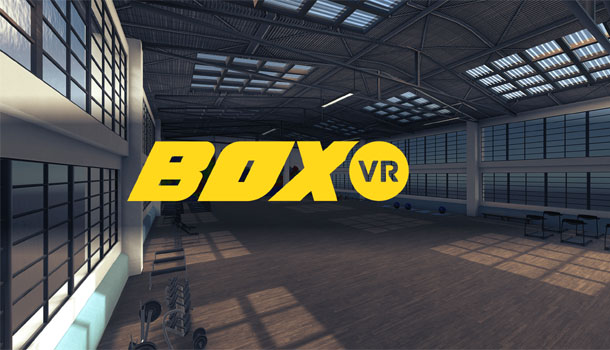 + A fitness game that is actually quite fun
+ Great VR implementation

- It’s not so much a game as it is exercise.
- A bit too much movement for the VR headset

What we have learned over the last few years with our VR headsets, is that VR lends itself to some really cool ideas, but also to some incredibly lame ideas.  While typically, it’s pretty easy to spot the good and bad from a distance –every now and then we find ourselves surprised.  Such is the case for BOXVR, the first game from the fledgling developer Fitar. For with BOXVR, what I thought was going to be a silly Wii-quality boxing simulator turned out to be a finely honed fitness title blending the classic rhythm-based games like Rez and Frequency with a challenging instructor-developed cardio workout program that really delivers results.

I can’t remember the last time I felt so physically exhausted after playing a video game – and I still enjoyed every minute of it. 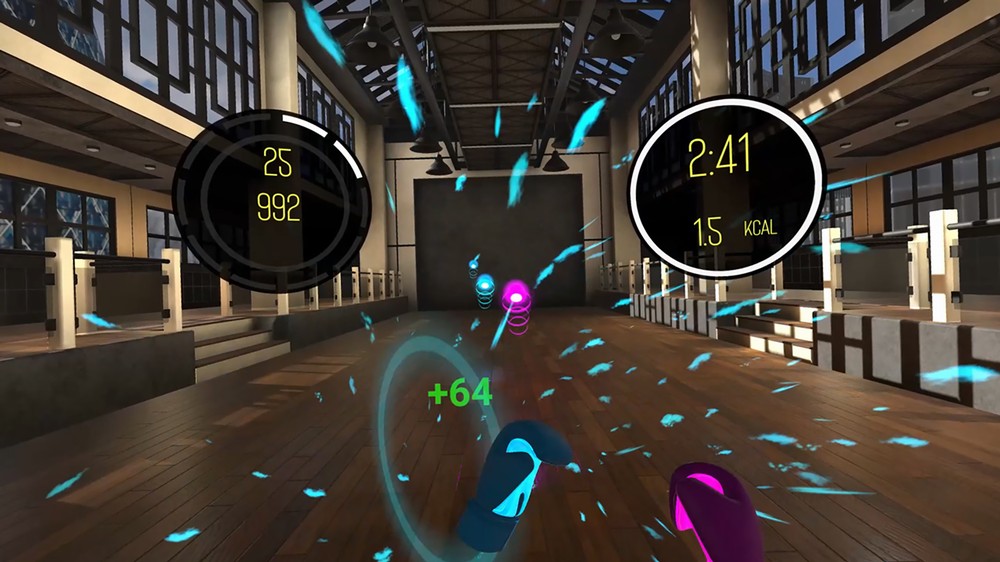 Just for a little history:

Back shortly after the turn of the century, I was sent a game titled “Frequency” by previously unknown company called Harmonix.  Frequency’s rhythm-based button pressing gameplay was not necessarily new to gaming – games like Parappa the Rapper and Dance Dance Revolution had already laid a solid foundation – but Frequency’s serious-as-nails take on the gameplay broke the genre free from the prior silliness and paved the way for a whole new lineage of music-based games like Rez, Guitar Hero, Rock Band, and many more.  BOXVR reminds me of Frequency for these very reasons.  Not only does it have the general look, feel, and music style of Frequency, but it is also seemingly paving the way for a whole genre of fitness based games that are really fun to play.

The gameplay is simple; armed with a PlayStation Move controller in each hand, gamers are tasked with rhythmically punching a series of color-coded orbs within the neo-psychedelic futuristic gym they see in the VR headset. The difficulty increases to the point where the game begins requiring specific punches (jabs, hooks, uppercuts, etc.), and defensive maneuvers (blocks, ducks, etc.). 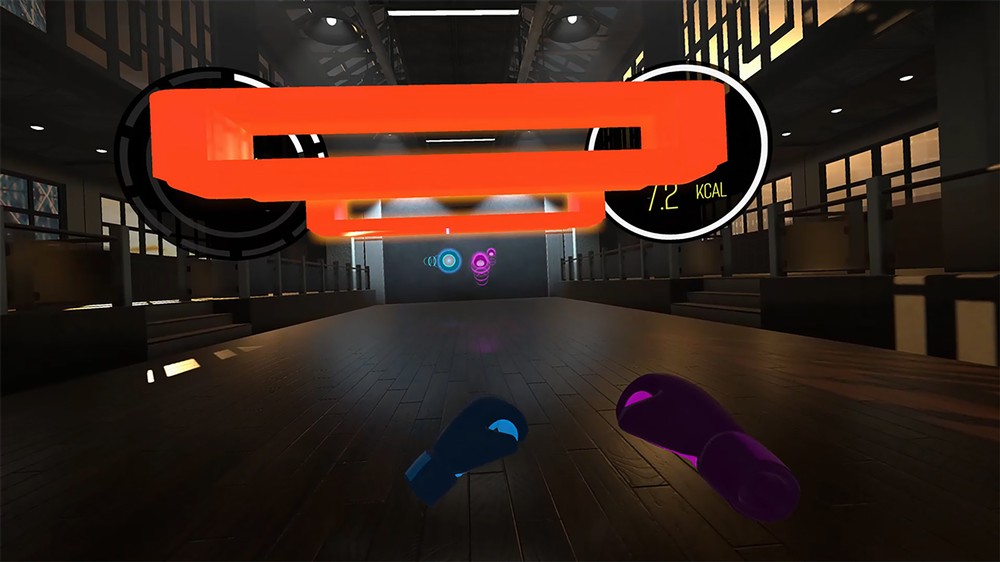 And I say gameplay rather loosely, because BOXVR is less a game and more a workout device.  Offering over 45 exercise programs that have been developed by real-world instructors ranging from only a quick couple of minute sprint, to a grueling hour-long endurance set, BOXVR is meant to get you sweating, and that it does.  BOXVR will have even your most heart-healthy P90X-working friends taking a breather every now and then.  Thankfully, BOXVR will not penalize you for missing punches or taking a break – you simply get a running punch percentage, calorie burn, and other physical stats to challenge yourself against in the next round.

The visuals are stunning for what they are: they are intended to look like the typical VR simulation booth, and they succeed.   The audio is booming and exciting, and perfectly fits the aesthetic of the game.

The VR tracking is fairly solid, and the game allows for some modifications to fine tune the positioning of the move controllers.  The only real issue I had under the VR headset was…well…being stuck in the VR headset itself.  Not only did I have an overwhelming sense of fear that I was going to actually punch something in my game room (television, wall, window…), I was found myself constantly adjusting and retightening the headset which seemed to have a hard time staying on my head.  It didn’t help that I was regularly fogging up the lenses either – but if I were in better shape this might not be as much of a problem. 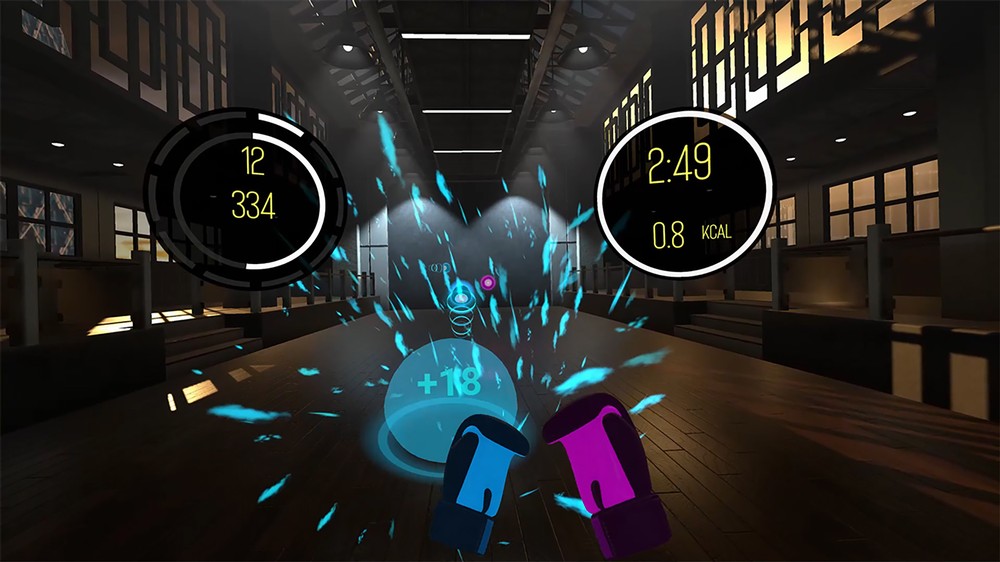 BOXVR is one of those games that caught me surprise.   I didn’t think I would like it as much as I have.  Given that its main purpose is to get gamers up off the couch and moving, BOXVR succeeds.  I cannot wait to see what Fitar has in store for their next VR fitness title.

Just in time to help recover from all that holiday feasting and start prepping for those New Year’s resolutions, BoxVR’s vigorous, boxing-inspired workouts are now available for PlayStation®VR through North American retailers. Aspiring and seasoned fitness aficionados can pick up BoxVR from stores including Amazon, GameStop, Target, and Best Buy for $29.99, courtesy of Perp Games.