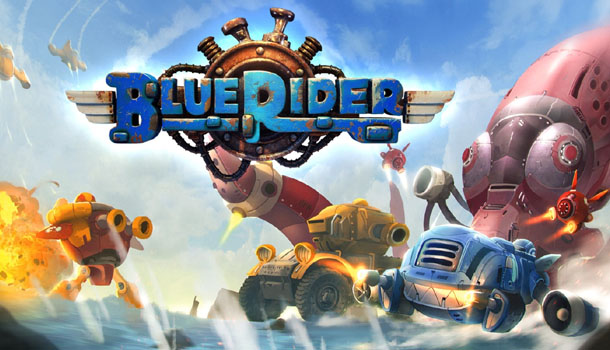 There is a certain charm to be found in the 3D shoot’em up genre. Maybe it’s the joy of destroying waves of enemies looking to do the same to you with increasingly more powerful firepower. Then again maybe it’s the challenge that comes with staying alive as long as I can in the heat of battle. So it came as a fun little surprise when I dove into the newly released Blue Rider by developer Ravegan for the Nintendo Switch.

The premise of Blue Rider is rather simple without anything of the way of a story in the way of good old fashioned shoot everything that moves gameplay. The biggest draw for me is that Blue Rider isn’t as simple as it appears. As I played through each level, I learned that while each is one is a unique theme there is a sort of cleverness in their designs. Unlike most shoot’em ups where paths are largely linear with little variance in direction, Blue Rider changes things up. 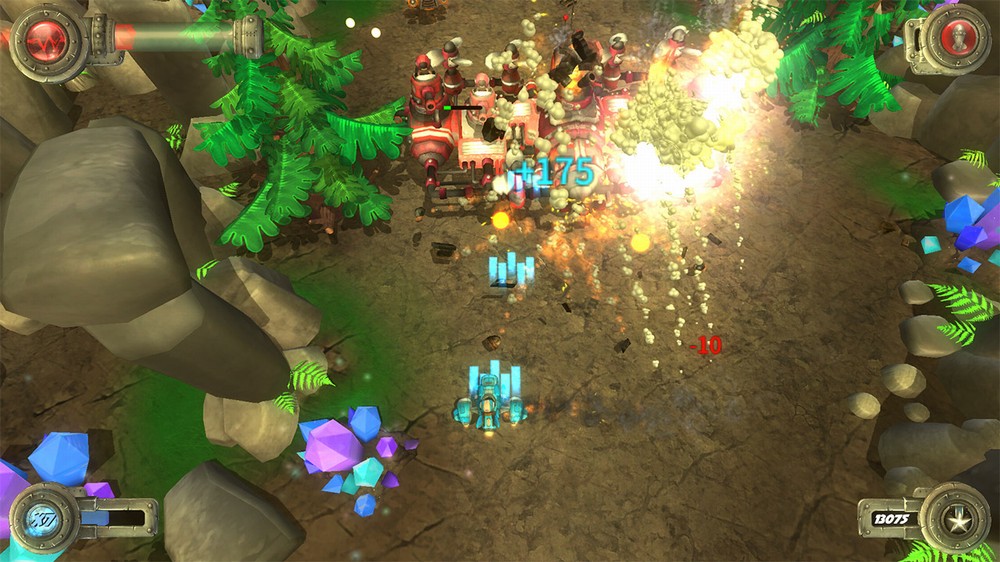 Players will find that while what is in front of you is important so is what can come from all sides. The reason for this is because while some segments of levels are tight corridors others are more open with varying obstructions making navigating each area a strategy. The levels themselves are part of the charm as they are not mere backdrops but full three dimensional environments spread across 9 levels. The thing that I like about them is that they feel like natural progressions from one to the next and not some random location after the next.

There is another type of progression though as you make your way from one level to the next and that is which your titular pilot. It was hard to tell at first but almost all of the enemies that I can tell actually have an operator as well. As you progress through each area there are various security structures of sorts that have to be destroyed to allow passage past electrical gates. These often drop powerups that can either increase the fire rate of your current primary or secondary attack or change it entirely depending on the color it is when you pick it up. 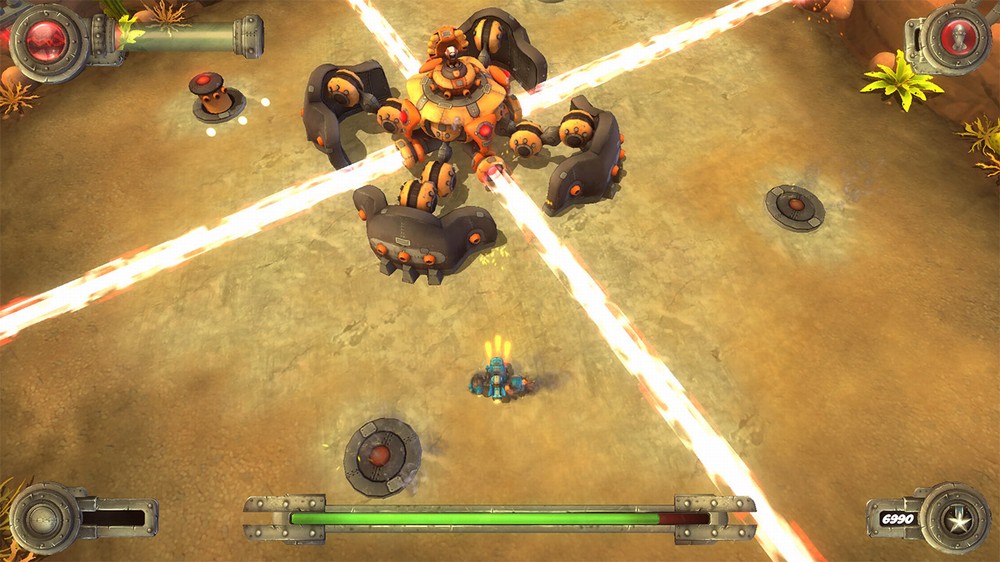 As you gain these new upgrades they carry over from one level to the next making you more powerful as you go. If things are going south you can always restart from the first level to build yourself up better. The tricky part is that your health state also carries over instead of being refilled at the beginning of each level. This means you have to really master dodging enemy fire with the Left or Right bumpers while utilizing your attacks.

The options for your main attack, via the Right Trigger, are rather limited to two main types but they both have their usefulness. The default attack is your traditional red “bullet” attack that is awesome as you get more powerups for it as it blanket style fire pattern can absolutely decimate larger numbers of foes at once or one major enemy with multiple parts. This isn’t even counting the boss at the end of each level. 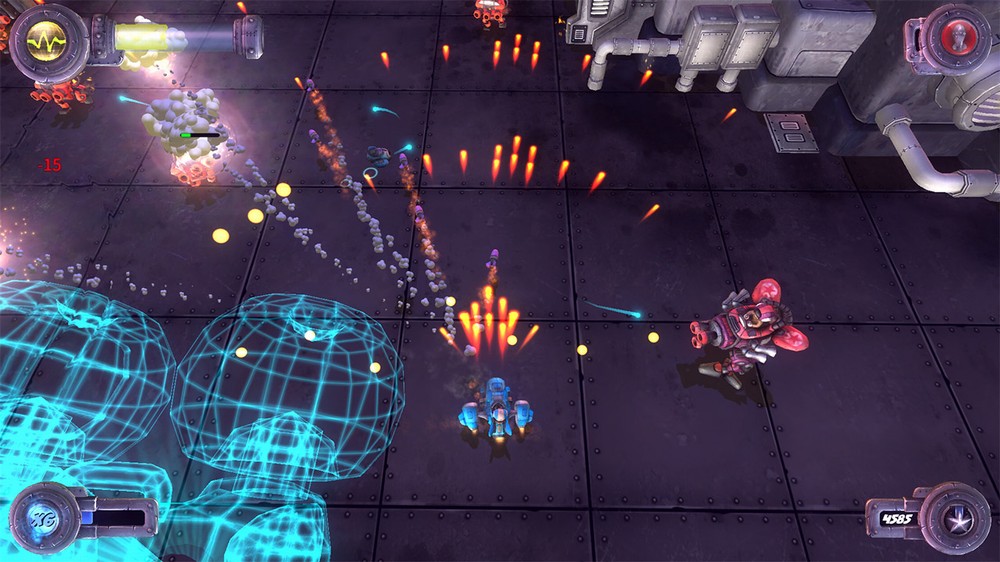 The second primary attack is an much more focused blue laser blaster one that while more rapid fire even at its base power is great for tight paths is a little trickier to use against numerous or the same multipoint enemies mentioned before. You also have two forms of bombs that are more like missiles that you can fire with the Left Trigger for big amounts of damage. To keep things somewhat balanced you have a finite number of them that can be replenished by pickups from defeated foes. The base ones are just point and fire while the green ones are heat seekers. Both can be upgraded or swapped at random the same way as your primary attack.

This is where part of the problem that you can face in Blue Rider lies. While it is only a minor issue in the majority of each level, the primary weapon type that you have going into each of the boss fights can make or break a battle. For instance there is the boss in the crystal mountain area that is extremely challenging if you have the blue laser blaster attack due to his varying attack methods. The red bullet attack when powered up however makes short work of most of that fights more dangerous attacks. This is of course doesn’t factor in your reflexes when dodging enemy fire in the process. 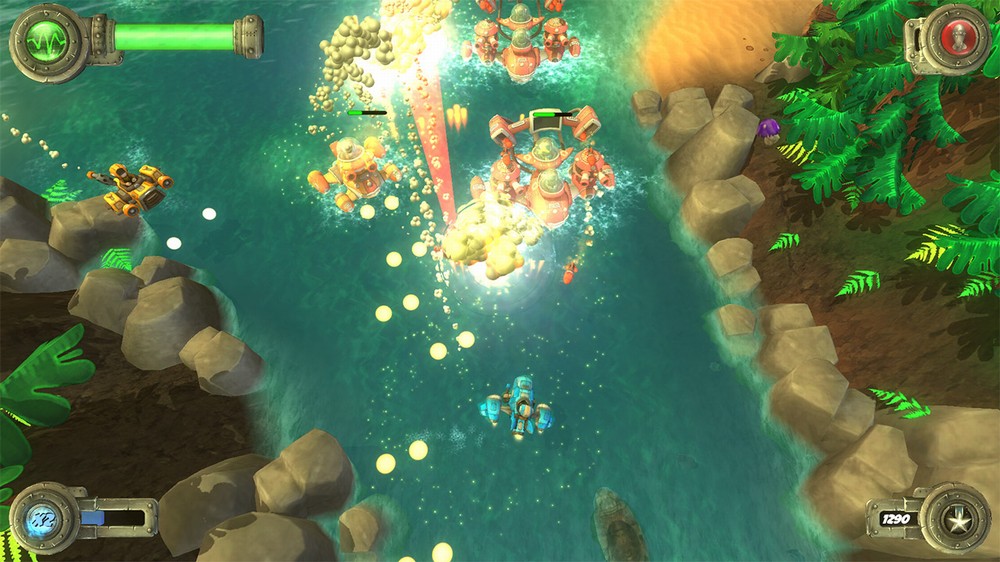 This of course brings me to how well Blue Rider actually handles in the control department. I dove into my play sessions with the default joy-con configuration which actually works quite well in all modes. Players can also use the Switch’s Pro Controller which I used for my TV Mode run. The advantage to this controller is that it feels a lot more natural when moving around the world with the left stick and rotating the camera with the right stick.

While I rather enjoyed using the Pro Controller I think I preferred playing with the joy-cons in handheld mode more even with the short analog sticks. This is mainly has to do with perhaps the biggest drawback that Blue Rider suffers from. The biggest problem that I saw is literally its visuals. This comes as a bit of surprise for me really as I found out that it’s been released on the PC and other consoles before now. 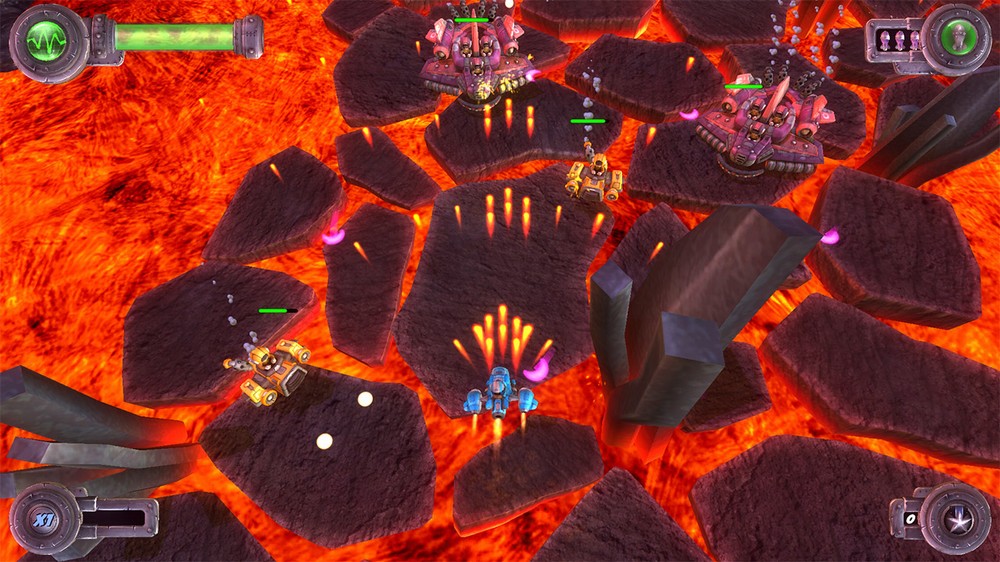 Don’t get me wrong, Blue Rider looks pretty good on the Switch’s 720p screen and this is way that I prefer to play it. The game is colorful and vibrant with plenty of explosions in a classic arcade vibe. As I mentioned each level looks good and I love the different mechanics like the lava stages sinking paths that added a new level of difficulty. The problem is some of the title’s solid looks just don’t upscale well to 1080p or even 4K displays. This is really noticeable in the menus and the HUD in particular. Maybe it was intentional to give it a retro vibe but given the rest of the visuals I can’t see that being the case here.

Blue Rider despite the graphical issues though is actually a pretty enjoyable title. It’s one of those titles that you can just pick up and play for a little while just to let off some steam and have some old school fun. Then again there is that drive to get better at it with repeat plays plus an online leaderboard to show the world how much you rock across its 3 difficulty settings. I love old school style games like this and its why despite its issues, I couldn’t help but keep playing it. While I came for the explosions, I stayed for the challenge and the bosses. If you want to enjoy some old school fun then look no further than Blue Rider for the Nintendo Switch via the Nintendo eShop today.