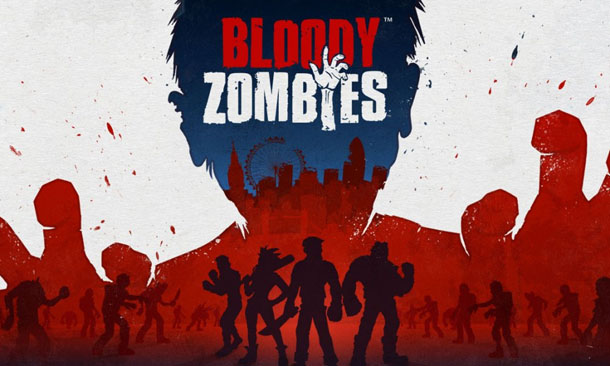 Once you get a taste you’ll be hungry for more.

Bloody Zombies is the latest zombie brawler (I know…another one, right?) to grace the PC, PS4 and Xbox One, and for those with a compatible VR rig for the first two systems you can get even more up close and personal with your multiplayer mayhem. While perfectly playable as a solo game, it won’t take long before you reach a difficulty wall that will either have you grinding for upgrades or begging for friends (or strangers) to join in.

I’ll be perfectly honest; the controls sucked…at least for me, as I was struggling to complete the well laid out tutorial, let alone struggle through the first three stages of the game before crying “uncle”. While the gamepad is responsive enough the inputs required for even the simplest move were something out of a Mortal Kombat game with multiple directional taps, often combined with a button to kick or punch. Double-tap to sprint is just stupid – nobody walks in a zombie outbreak so just make me run all the time or at least make it a toggle in the options. The only attack I could reliable use was the RB+LB whirlwind attack good for getting out of an undead crowd. It doesn’t help that the game really wants you to use the D-Pad for directional input – what is this, 1995? 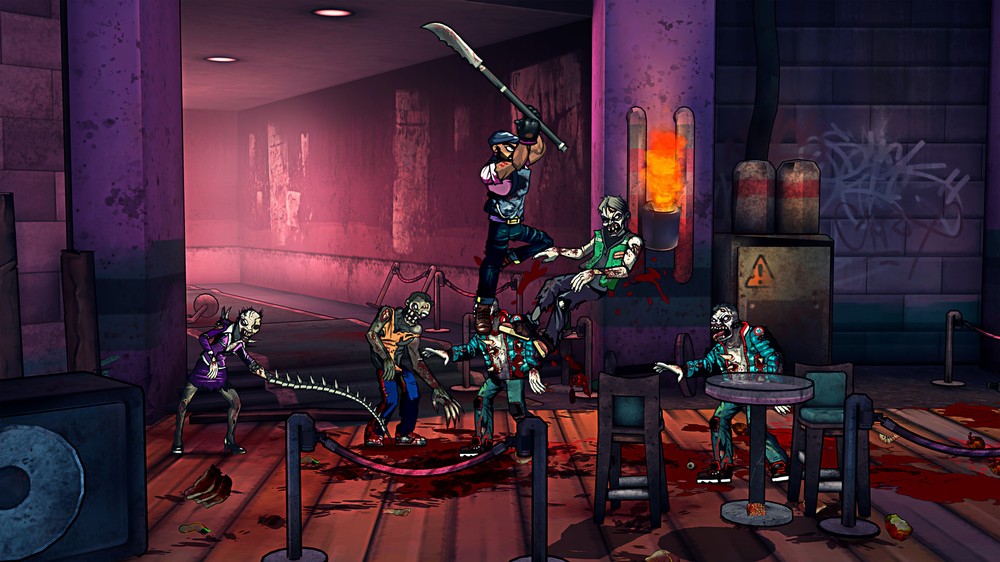 What I did love was the visual presentation and the cool 2D cutout art style with quirky cel-shaded graphics right out of a late night Adult Swim cartoon. For something that is clearly sprite-based the animation is remarkably smooth and the multi-layered detailed backgrounds scroll by smoothly. Despite the 2D appearance of Bloody Zombies there is a depth factor in that you can move in and out of the screen, which can make it problematic when trying to line up with a box to smash or an enemy to slash, punch or kick. A recent patch has slightly improves the Z hitbox, but this is where VR really comes in to play.

I tried the game with both Vive and Rift and since I was using a controller there was little difference in quality of gameplay. I’ve always found the Rift a bit more comfortable with slightly sharper graphics, but that’s me. When playing in VR you now get this whole new perspective on the levels – like looking above and into a 3D diorama that you were previously only allowed to see from a locked front-facing camera. The only thing I can compare it to is Super Lucky’s Tale playing in VR on the Rift or in 2D on the Xbox One. With added depth perception it now becomes easier to line-up those enemies and objects before trying to interact, and the designers have also thrown in some cool secrets you’ll only find in VR. I was really impressed how well the multiplayer functioned when only one person was in VR. They were able to see things the screen players couldn’t, which incentivized conversational co-op. 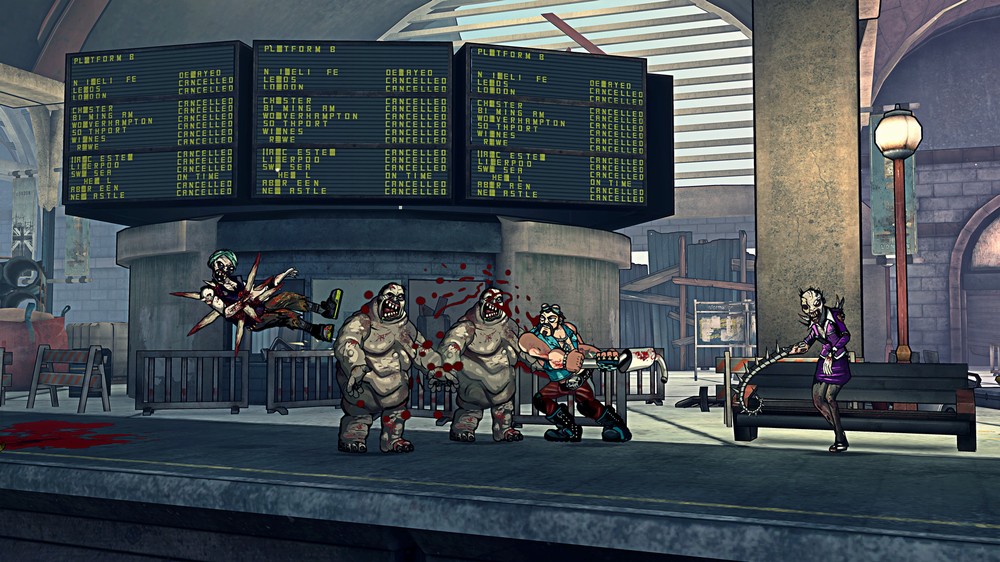 The music is pretty awesome and the sound effects are serviceable to your standard zombie brawler. There is no drop-in/out multiplayer, so you’ll need to setup the number of players and who’s playing who in advance. You have Teller, Mick ‘The Brick’, Rei, & Eddie, all stereotypical Brits with their own growing set of collectible and upgradeable skills and weapons. Combat is relatively freeform allowing you to build your own combos and upgrade your moves as you see fit.

Perhaps more frustrating than the controls were the substantial sized levels with no mid-level checkpoint or even a checkpoint before a boss fight, so if (when) you die (or your entire party dies) you get to replay the entire level. At least they recently added an Easy mode doubling your lives and reducing the health on bosses. That helps. There is definitely an ongoing and lengthy learning curve with Bloody Zombies that will certainly reward your time and patience. 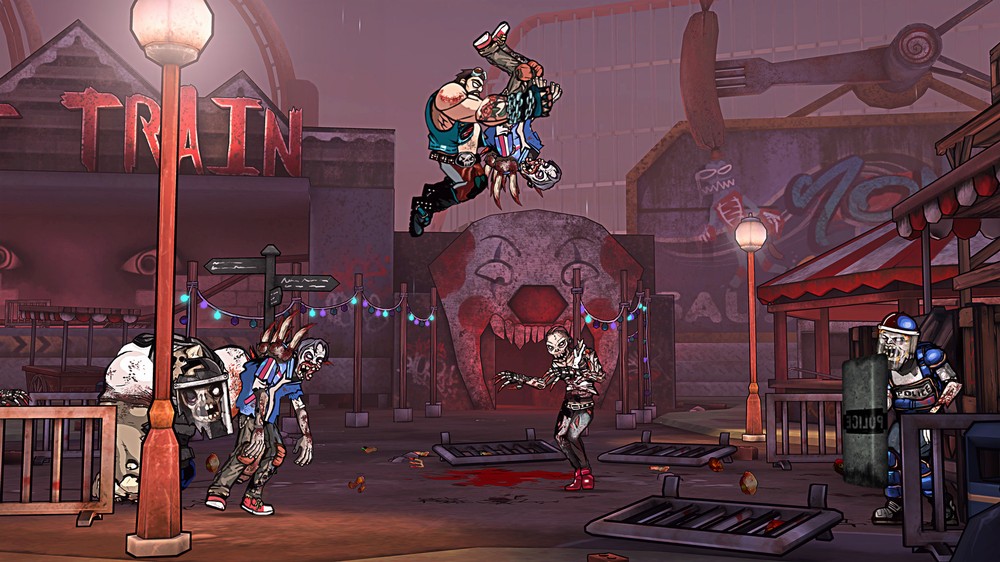 I’m a sucker for retro games and this Double Dragon/Streets of Rage style scrolling brawler really brought back some fond arcade memories. Bloody Zombies is obviously designed for multiplayer; preferably couch co-op, so solo zombie slayers be warned. And once again, kudos to the artists for some inspired character designs and background art. I rarely get to use this word, but your game is GROOVY! My only lingering issue is with the controls and I’m going to bust out my tournament fighting stick and see if that improves things.

Writing a review for Bloody Zombies reminded me of my flowcharting class from the 80’s. If player count is greater than one then go to “you might like”. If you own a Vive or Rift then “you might like even more”, but if you are a solo gamer with no VR then you might want to simply move along. There are so many caveats and quantifiers for this game that you may want to just give it a shot, see if you like it, and refund if you don’t. This definitely feeds a niche market, and once you get a taste you’ll be hungry for more. 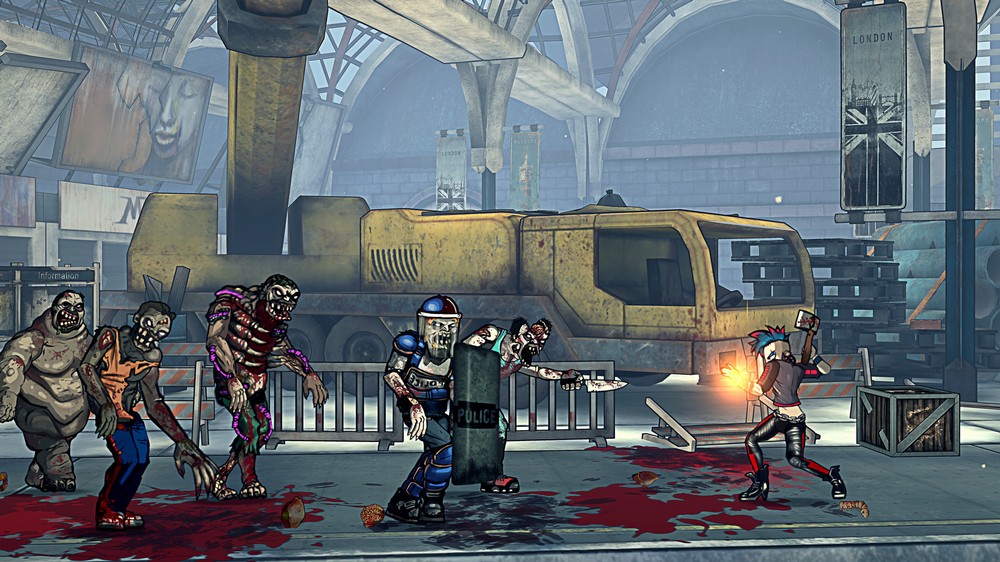 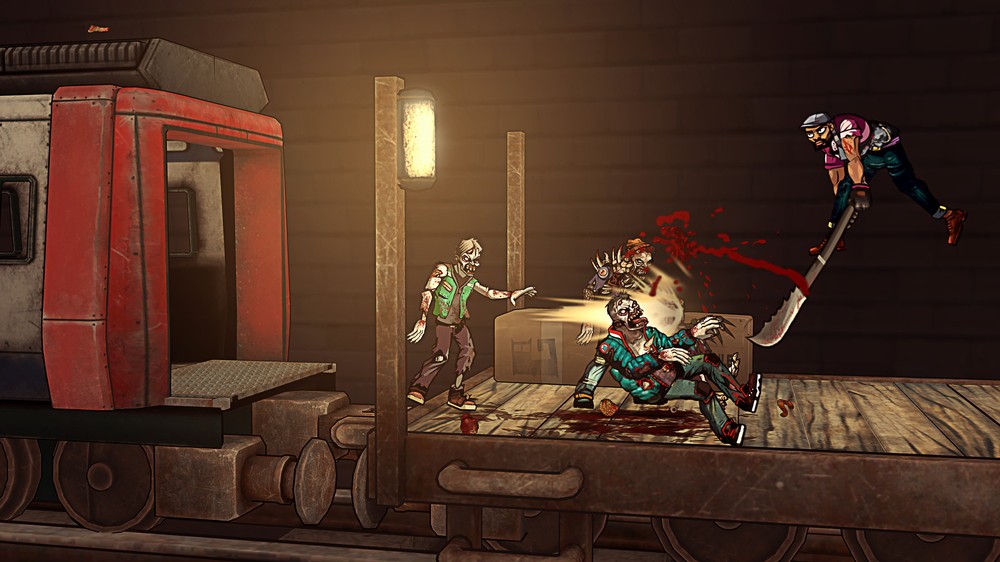 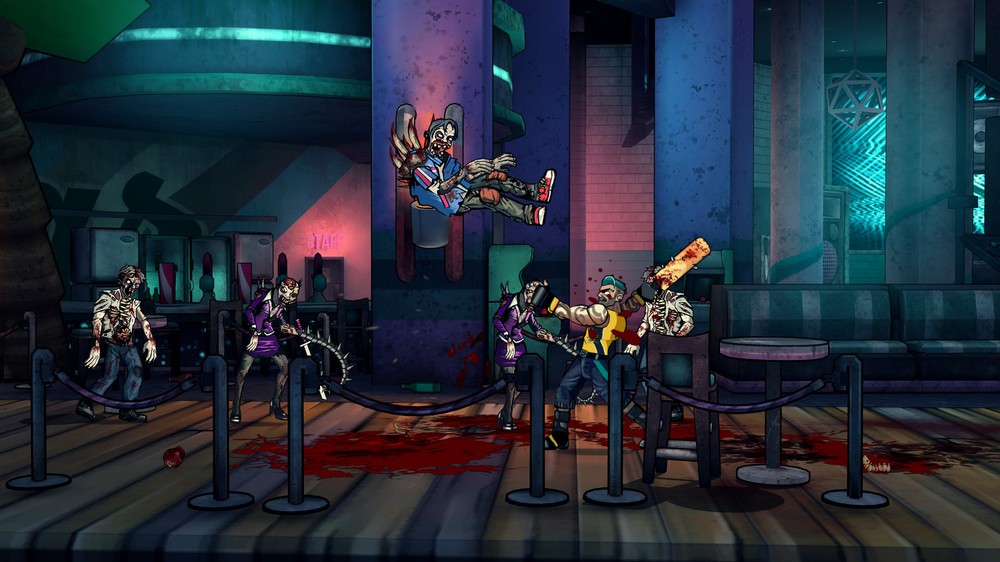 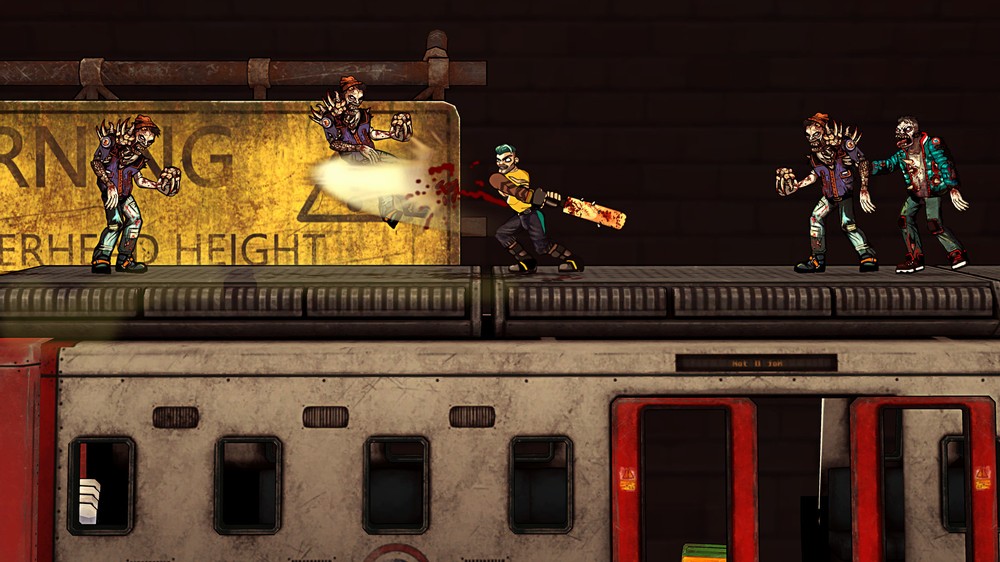